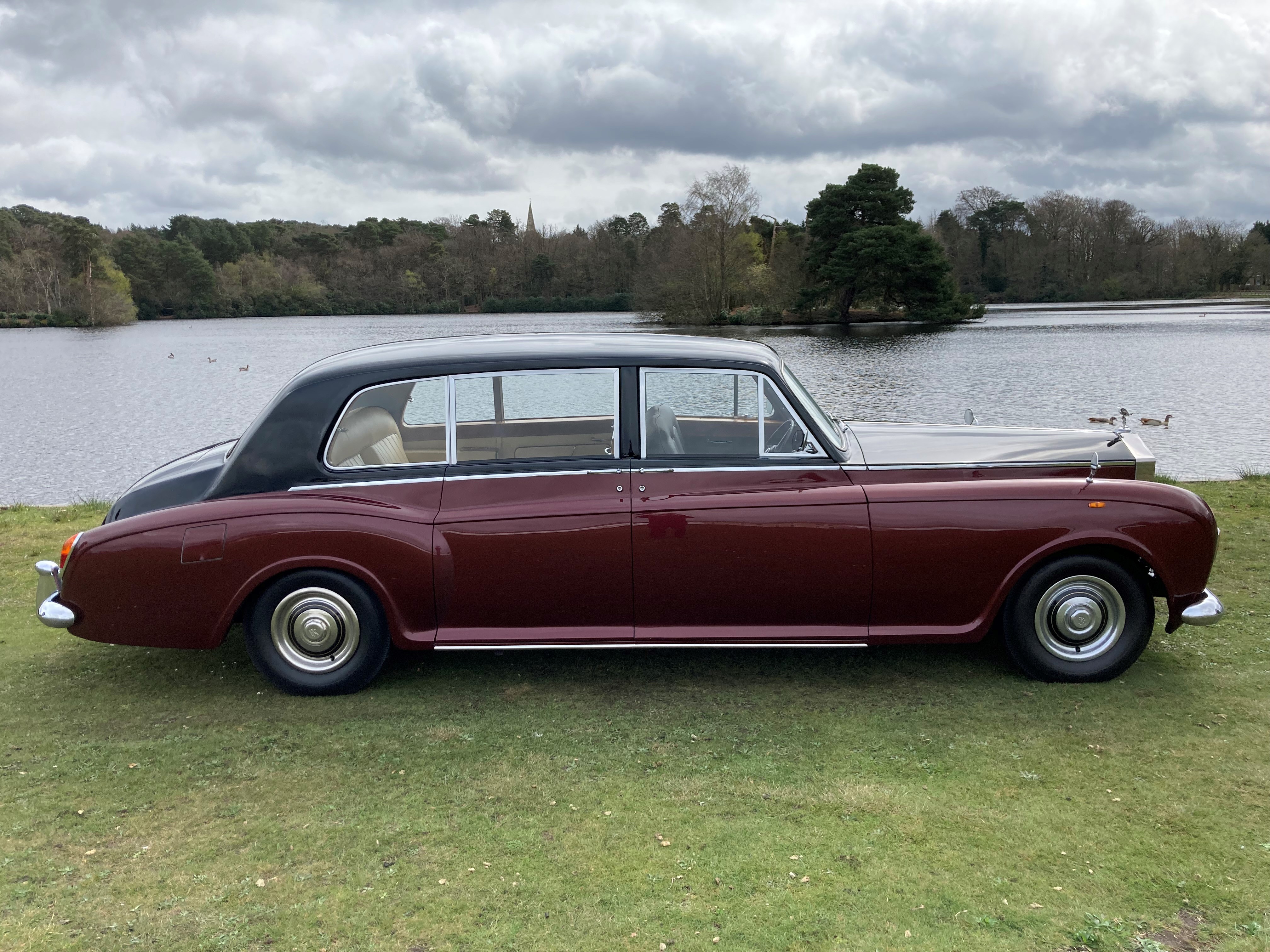 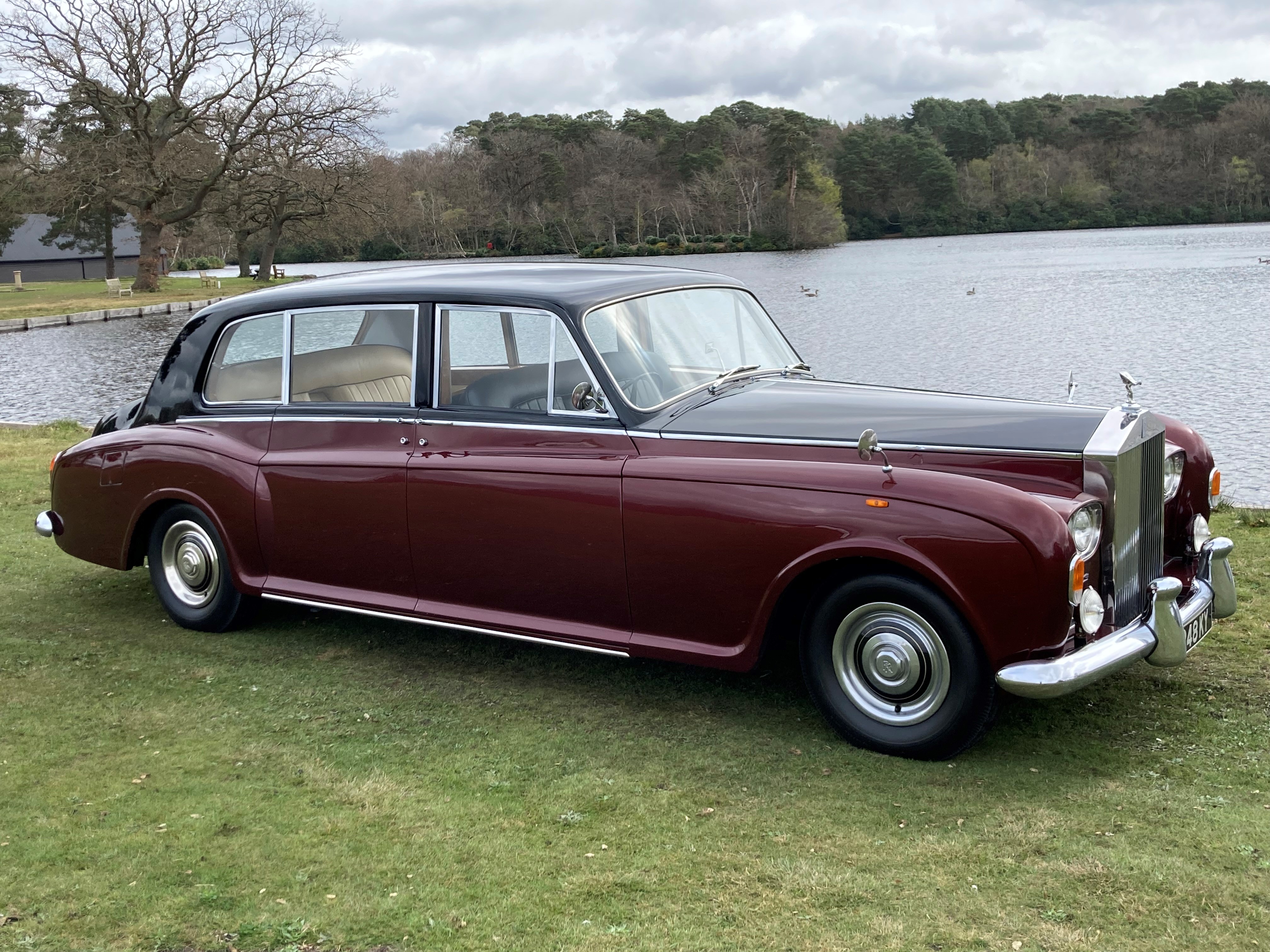 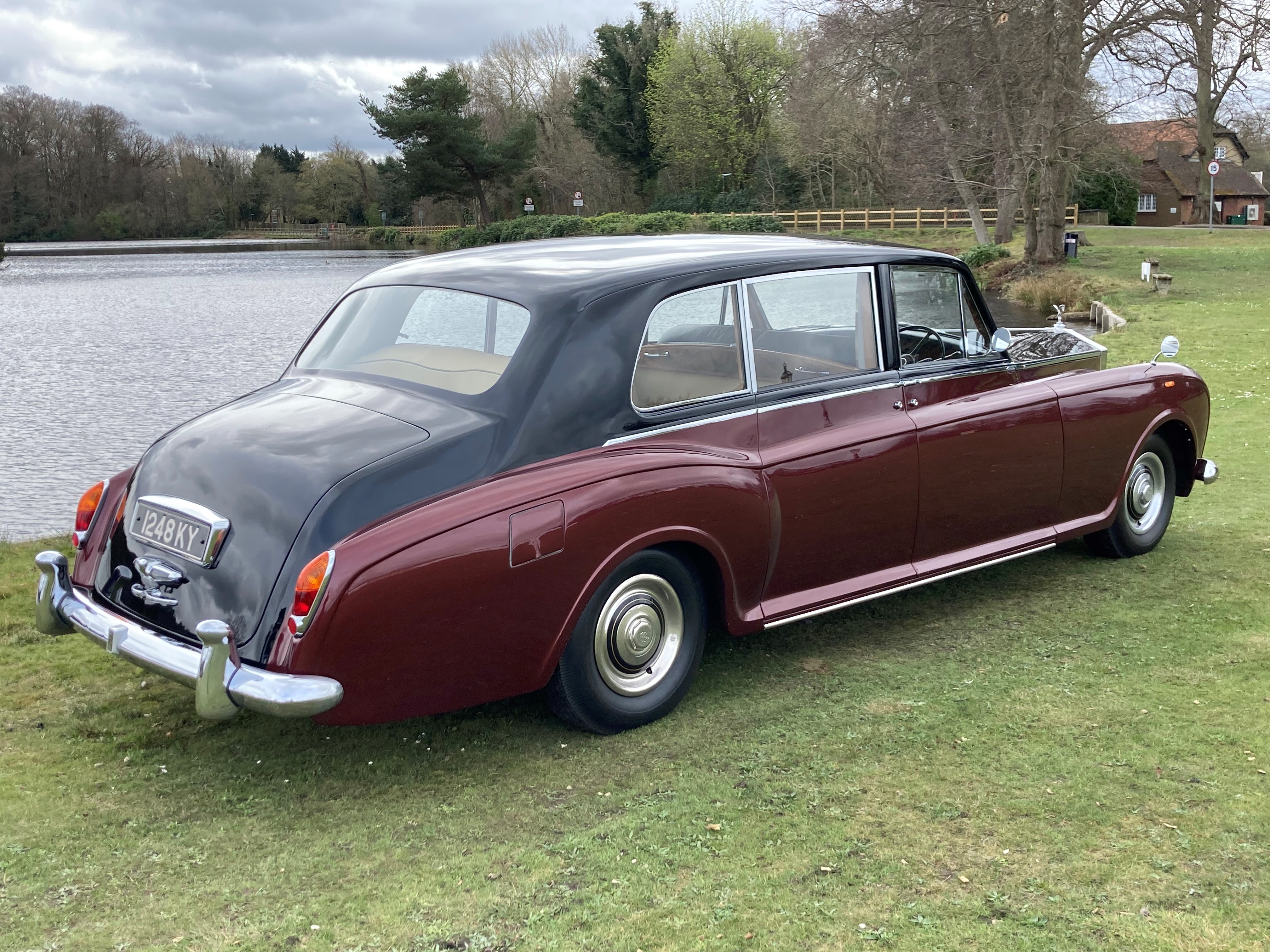 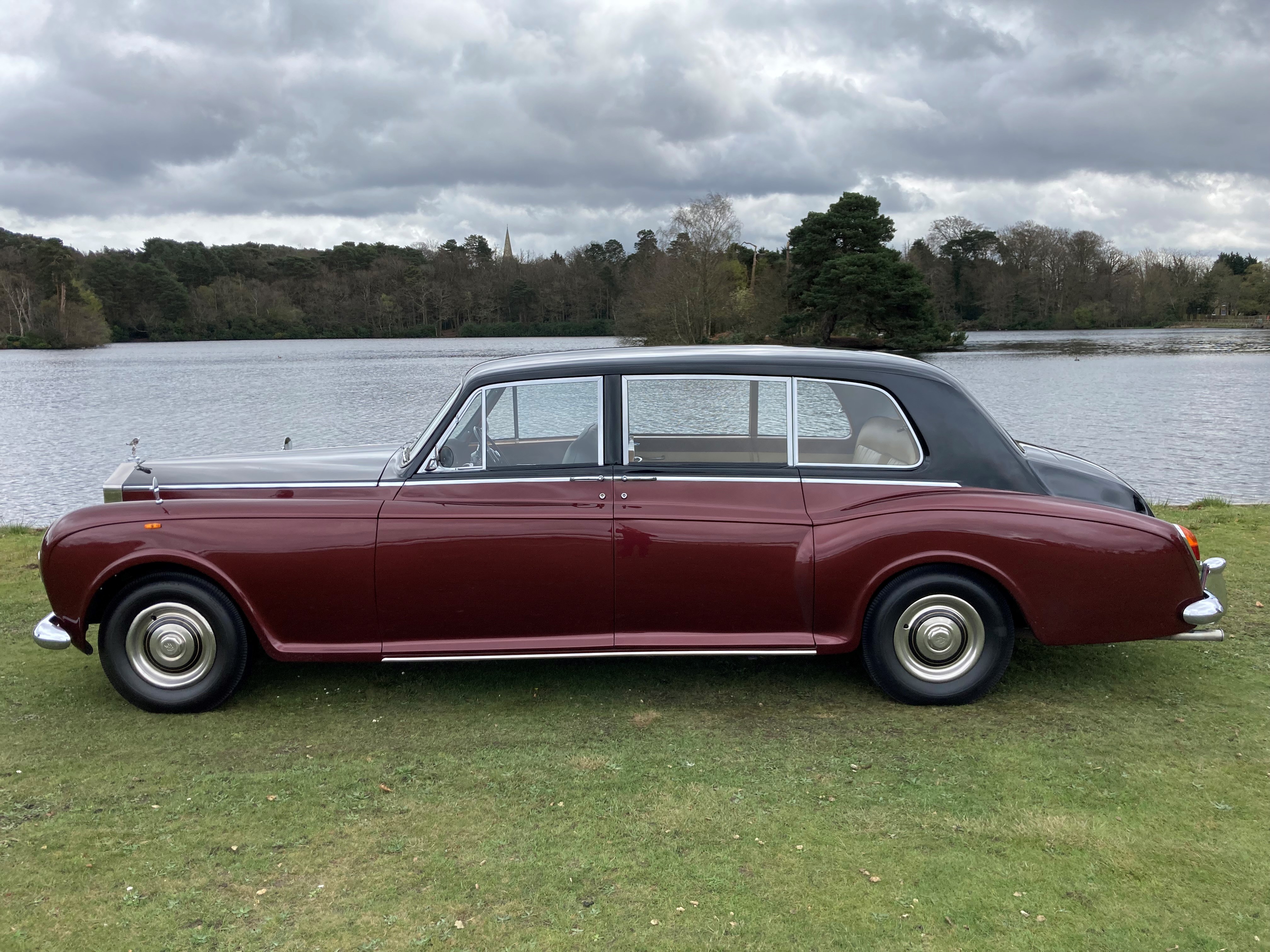 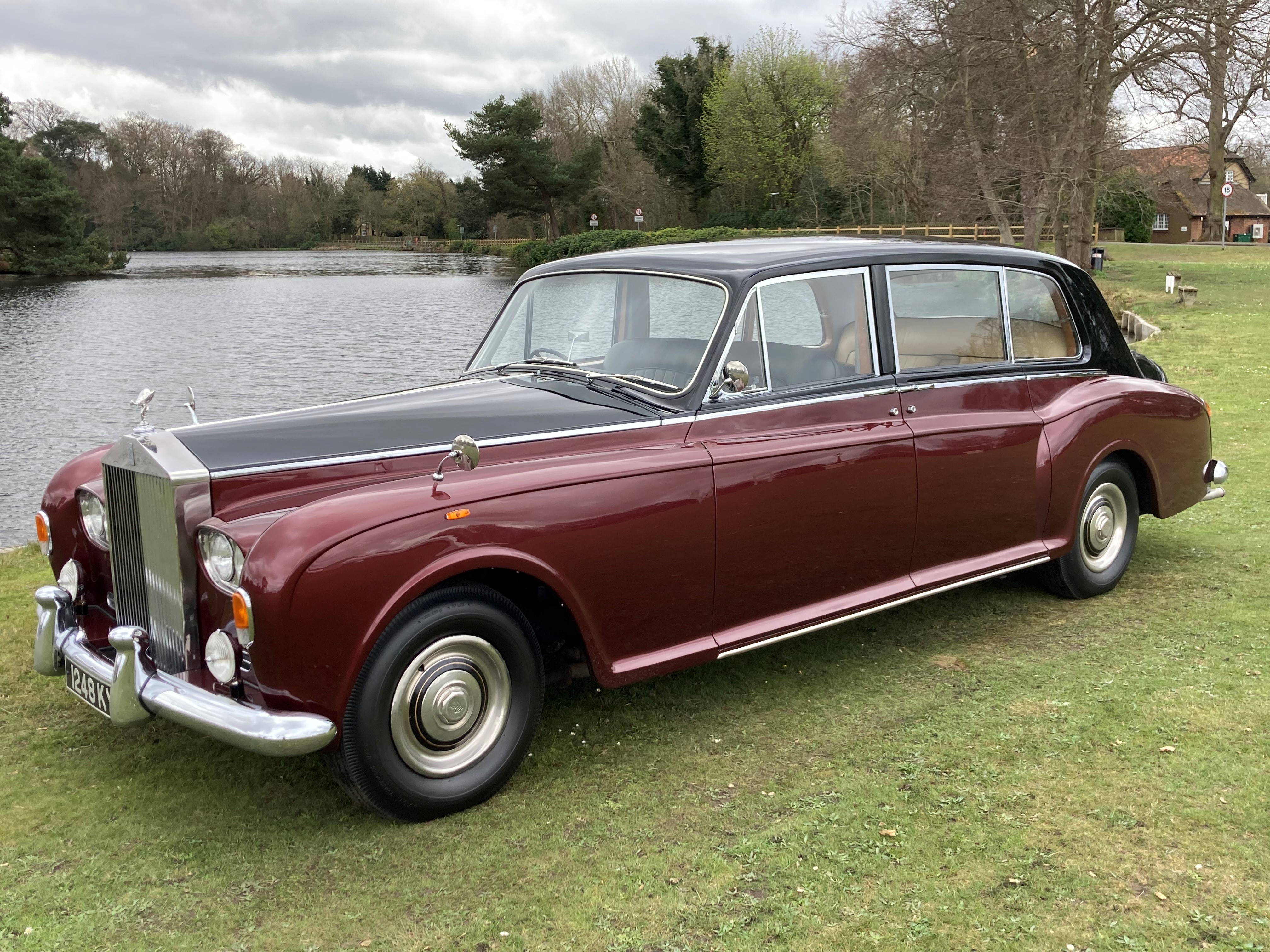 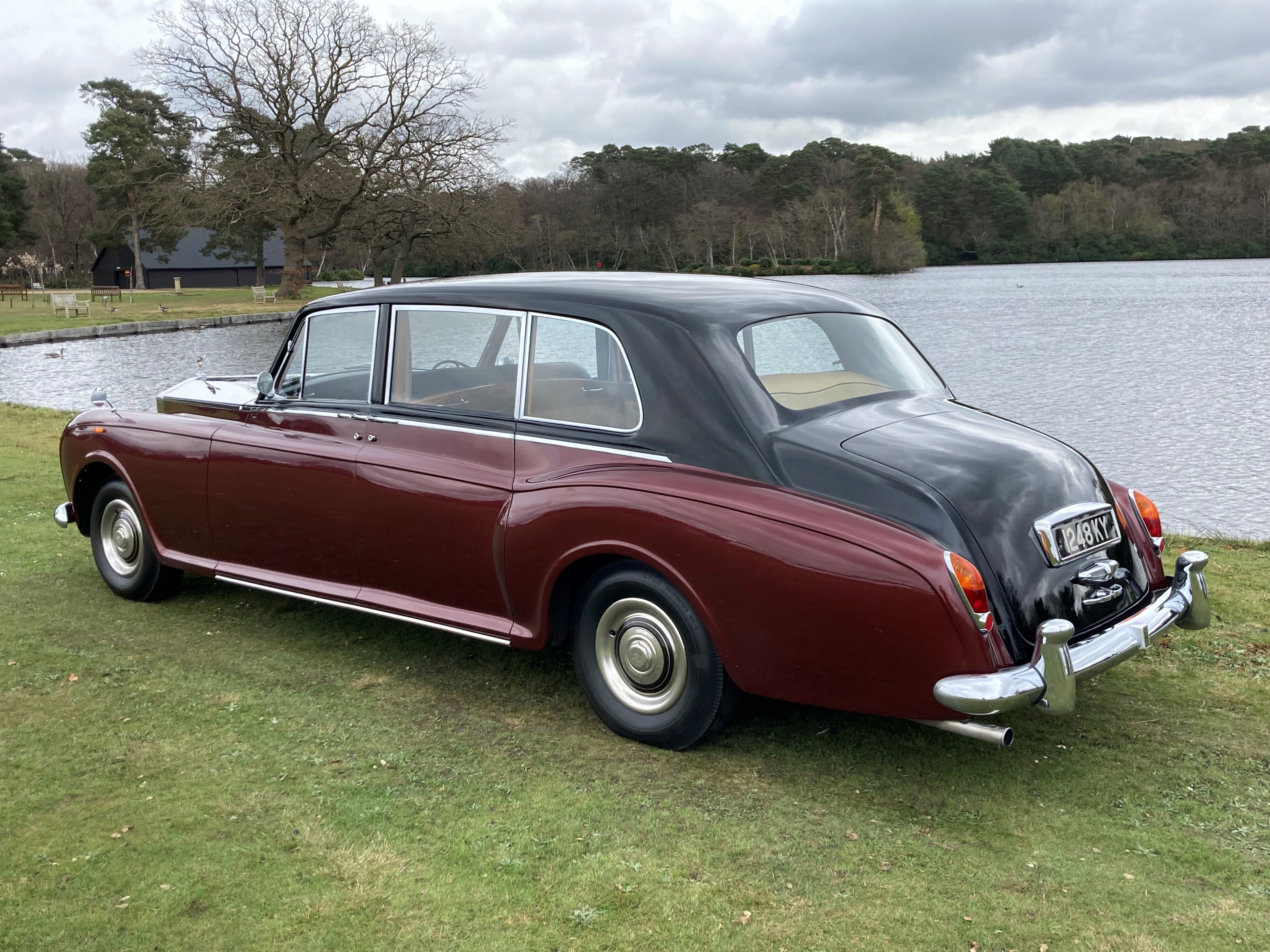 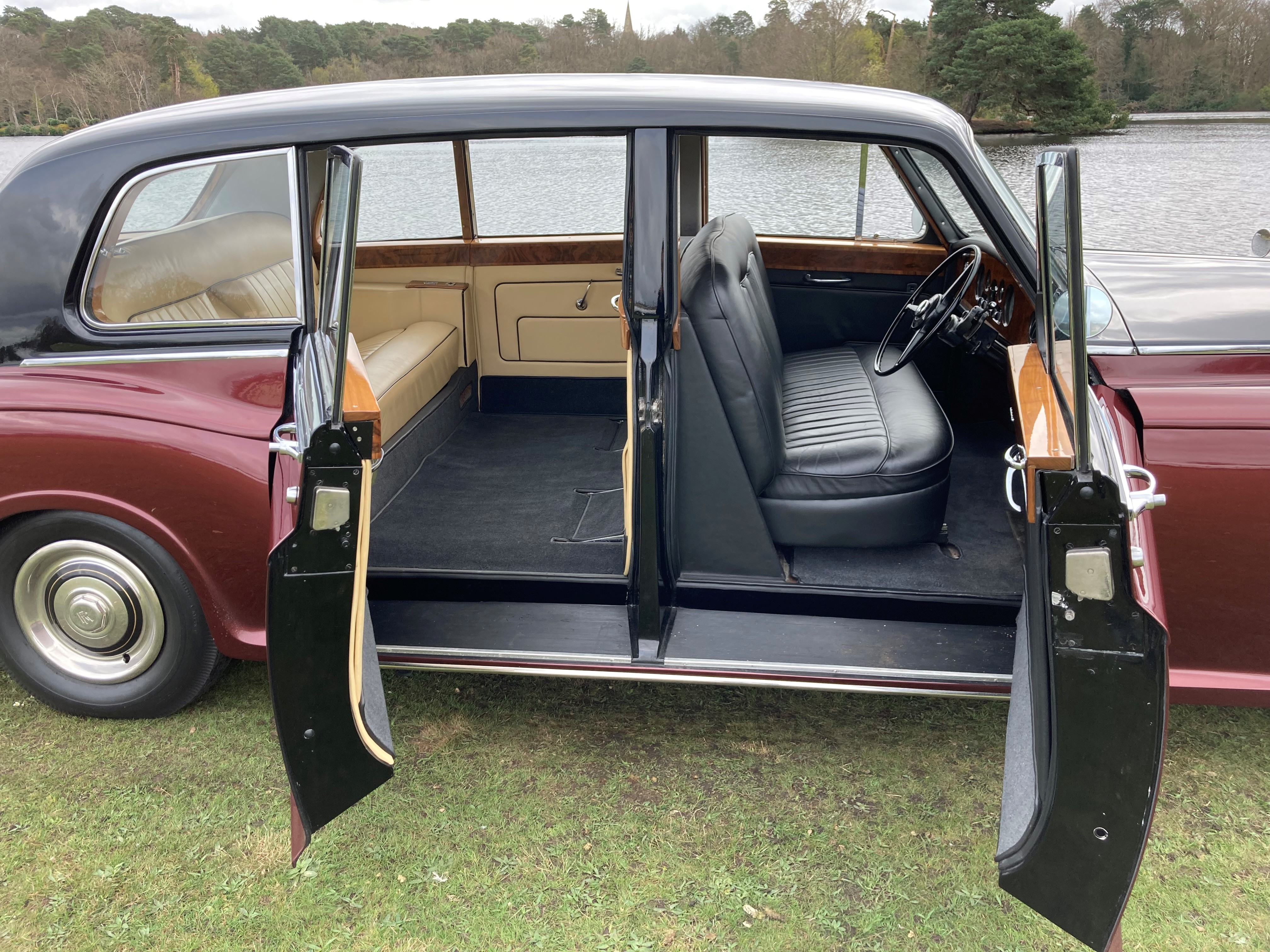 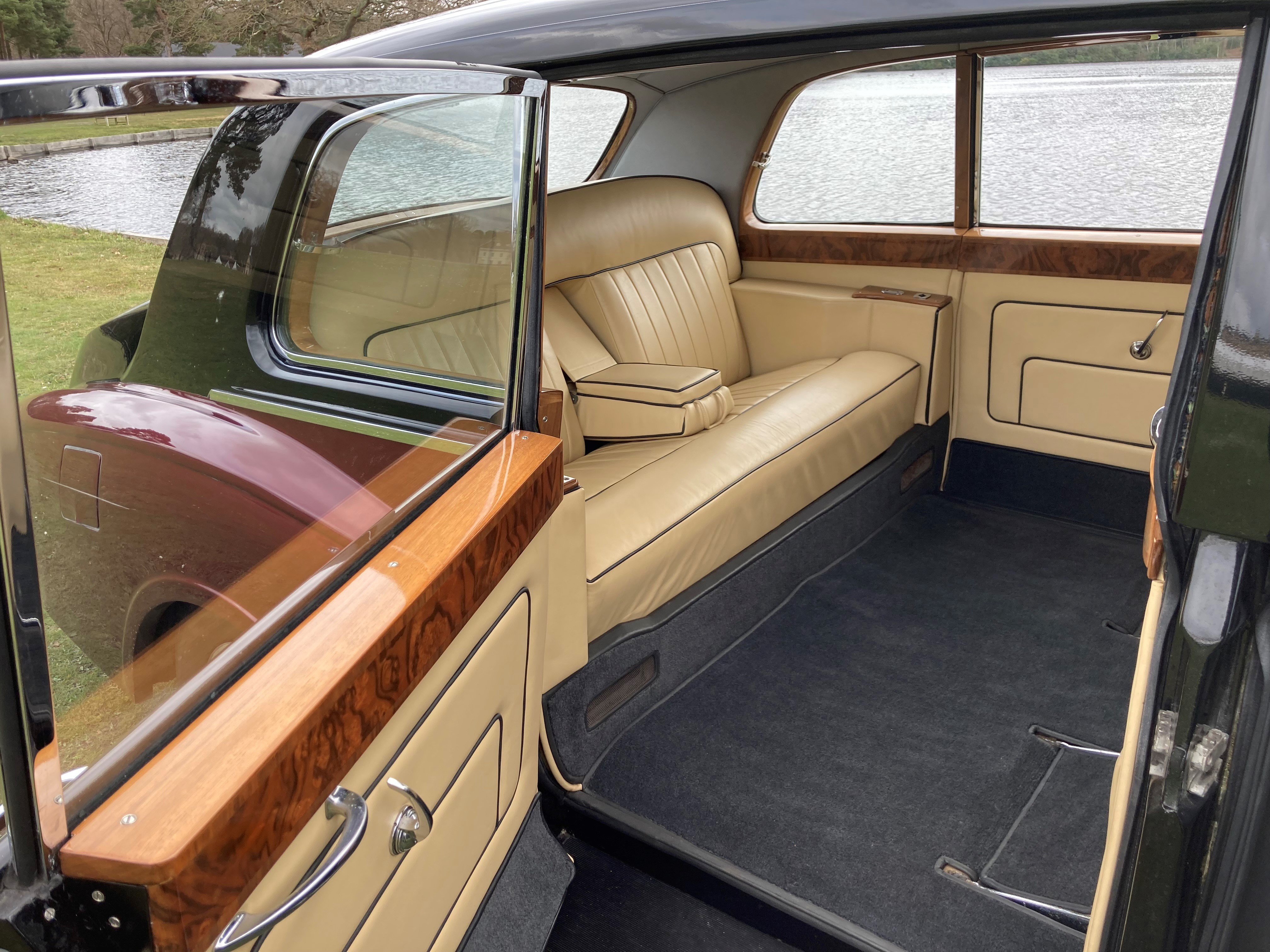 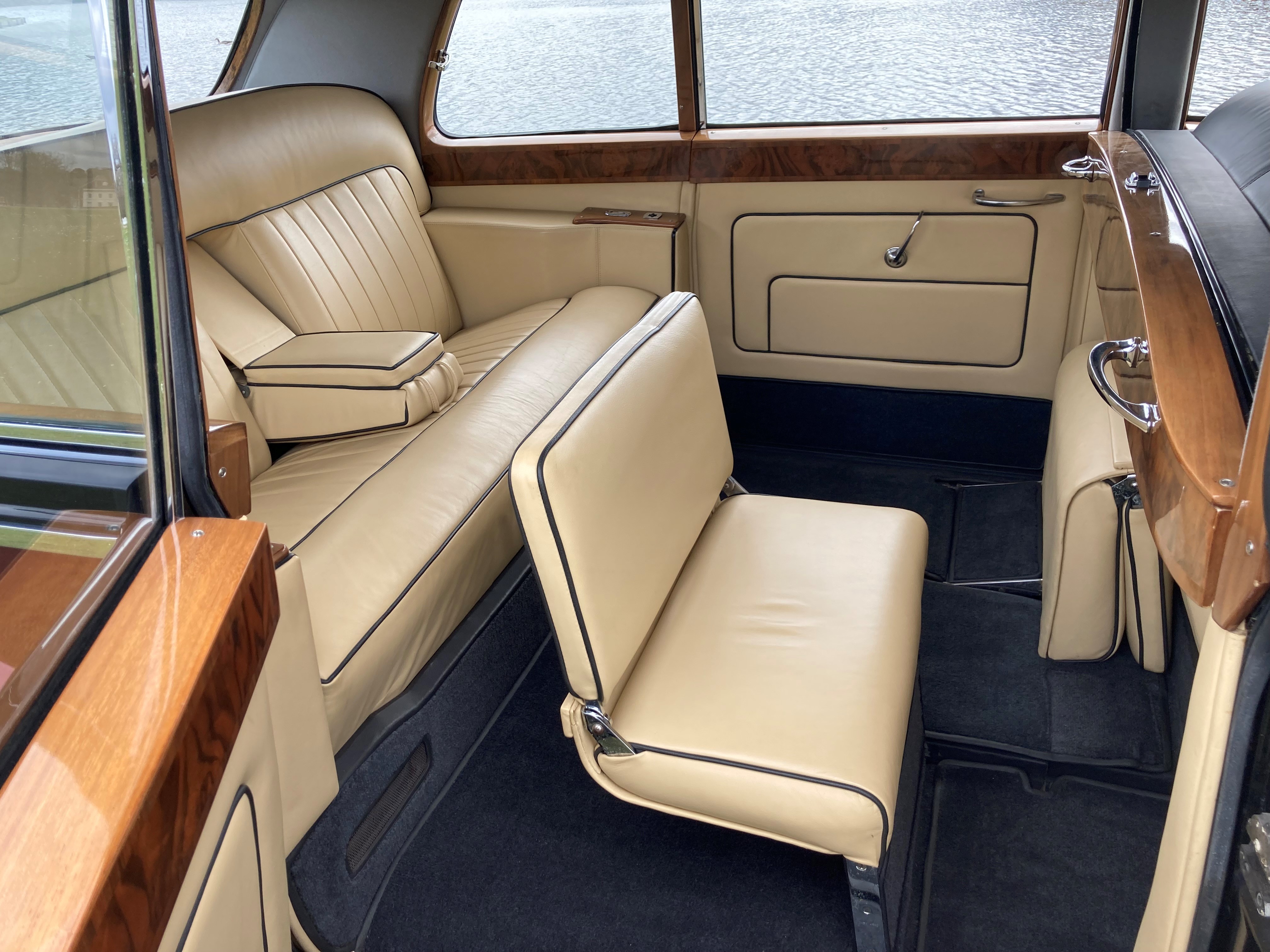 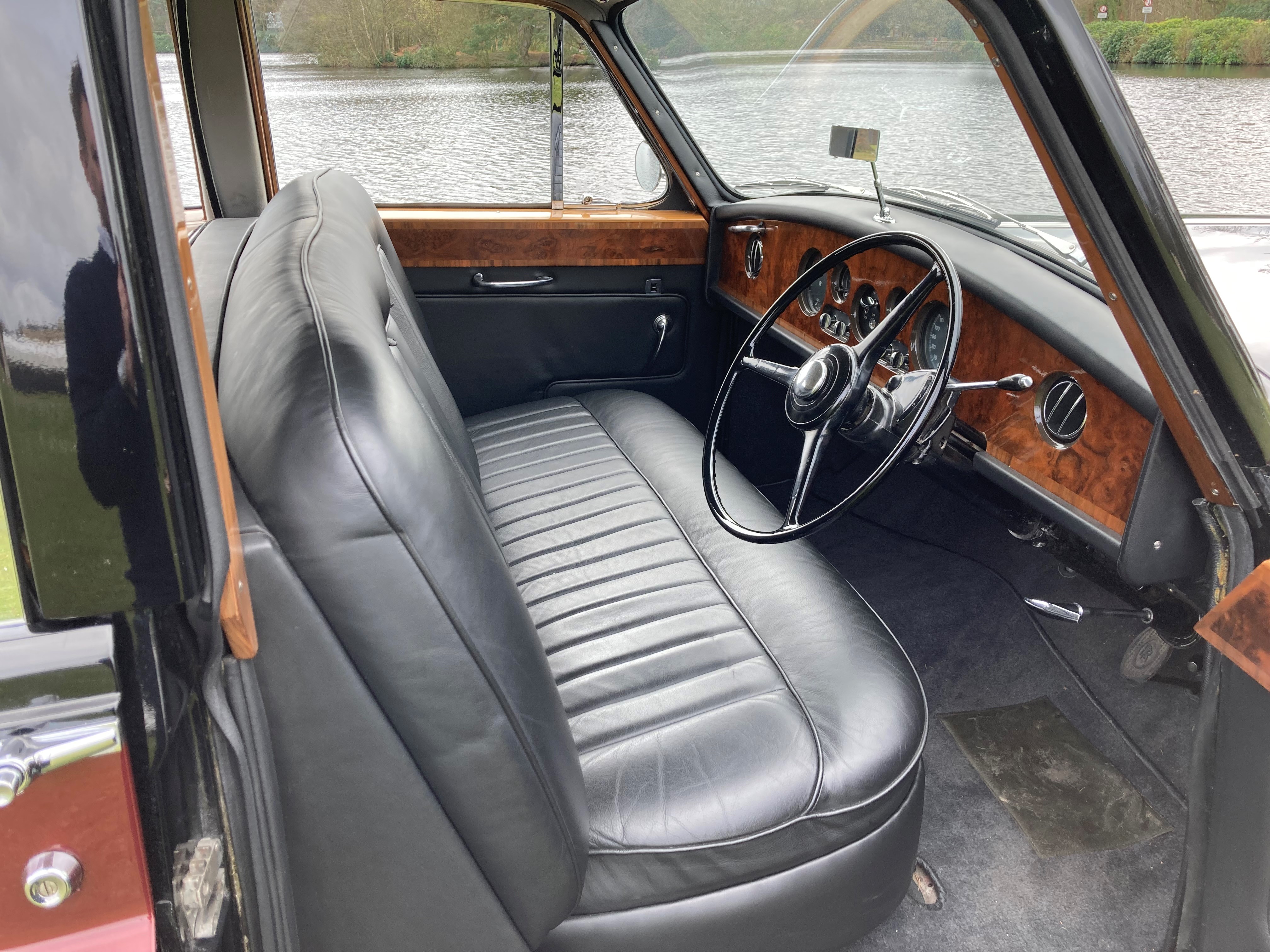 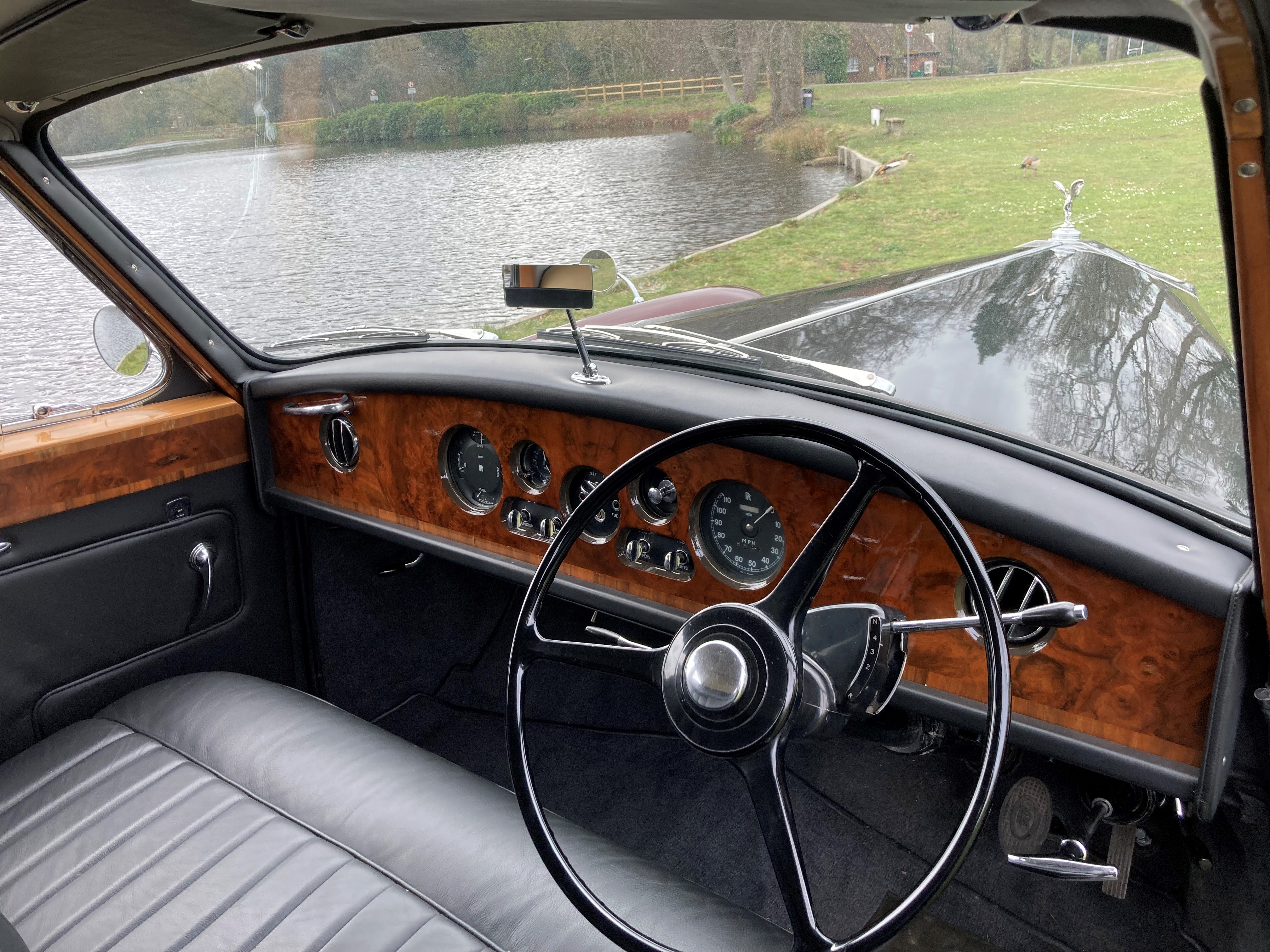 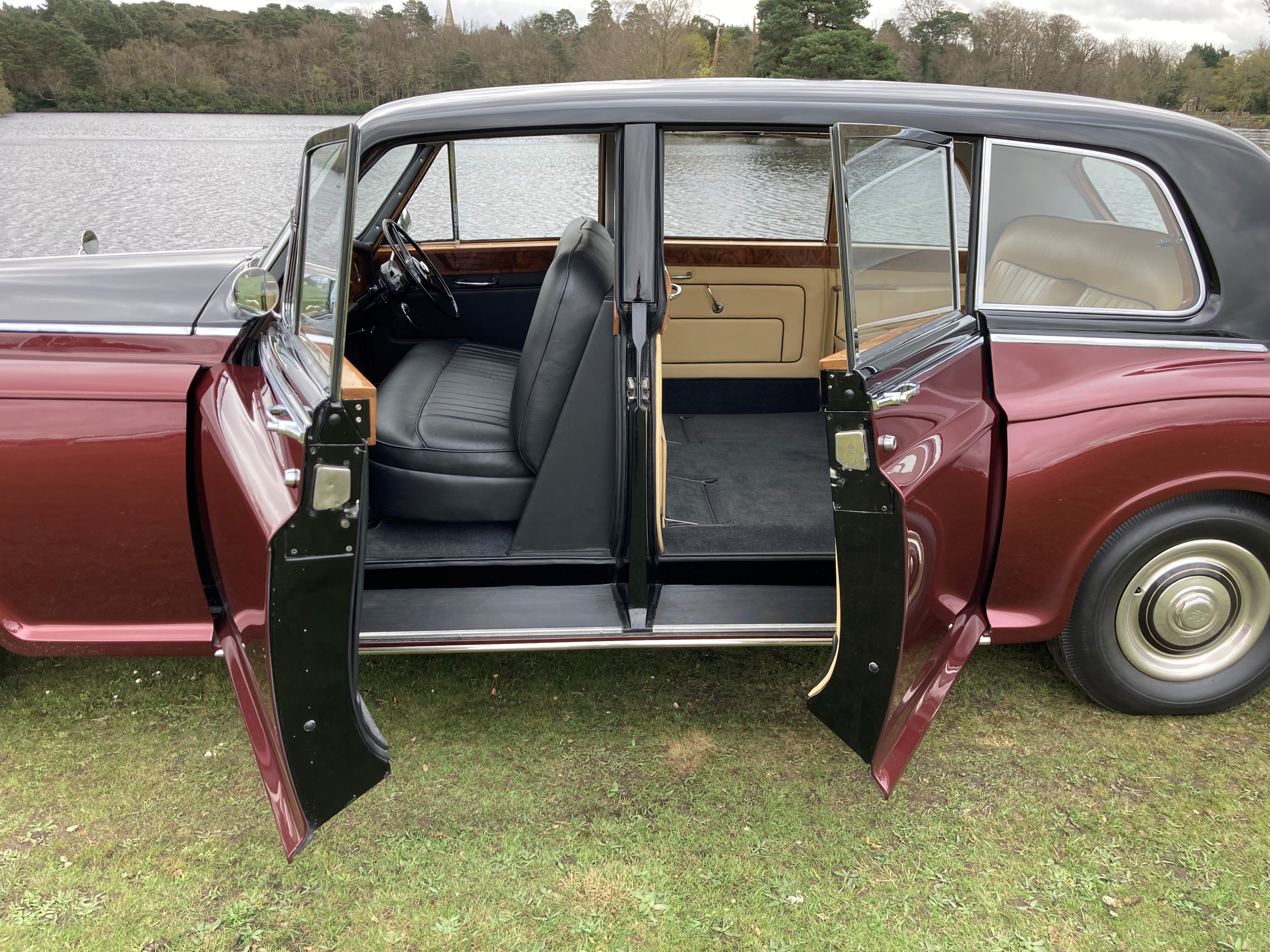 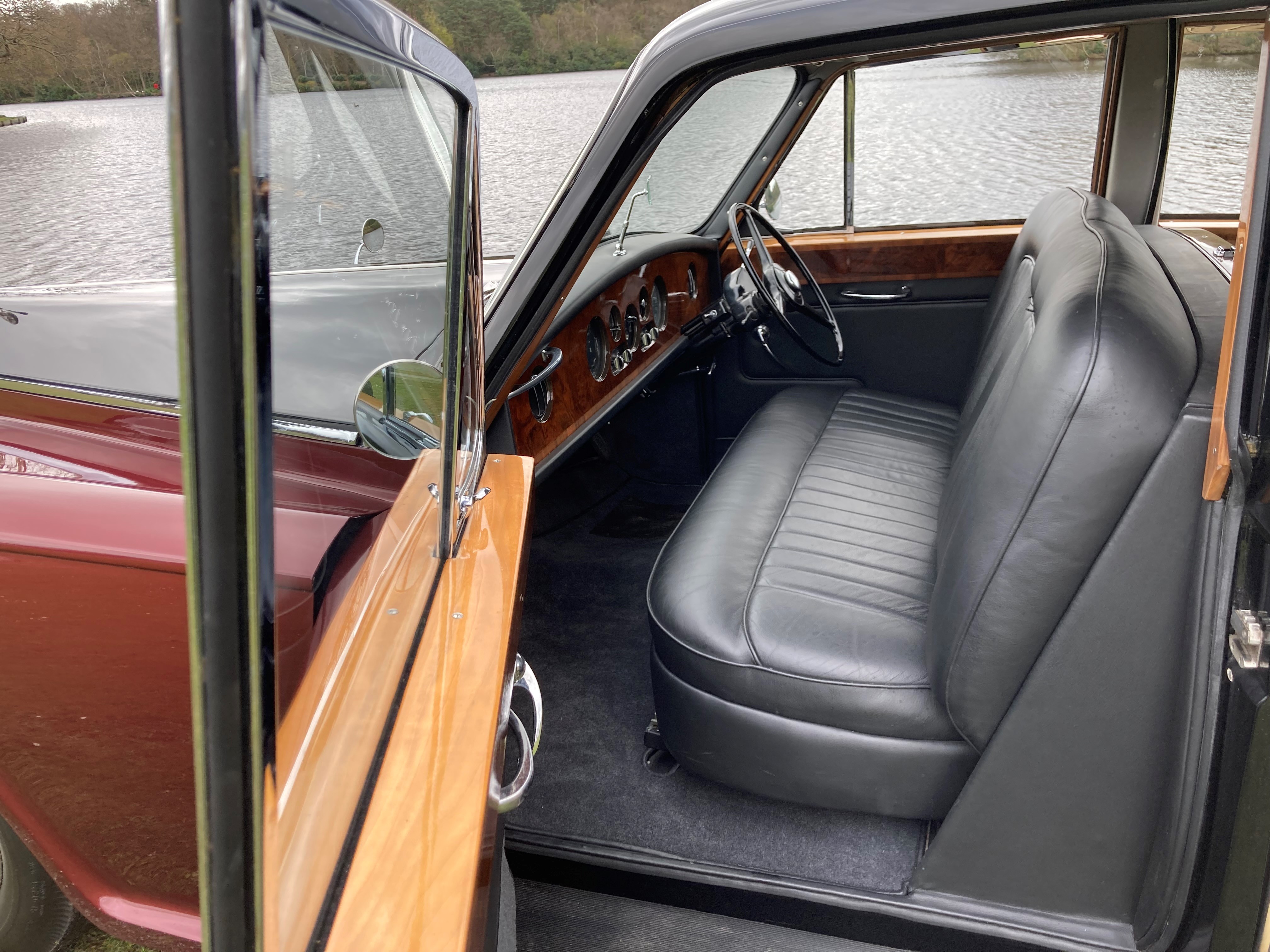 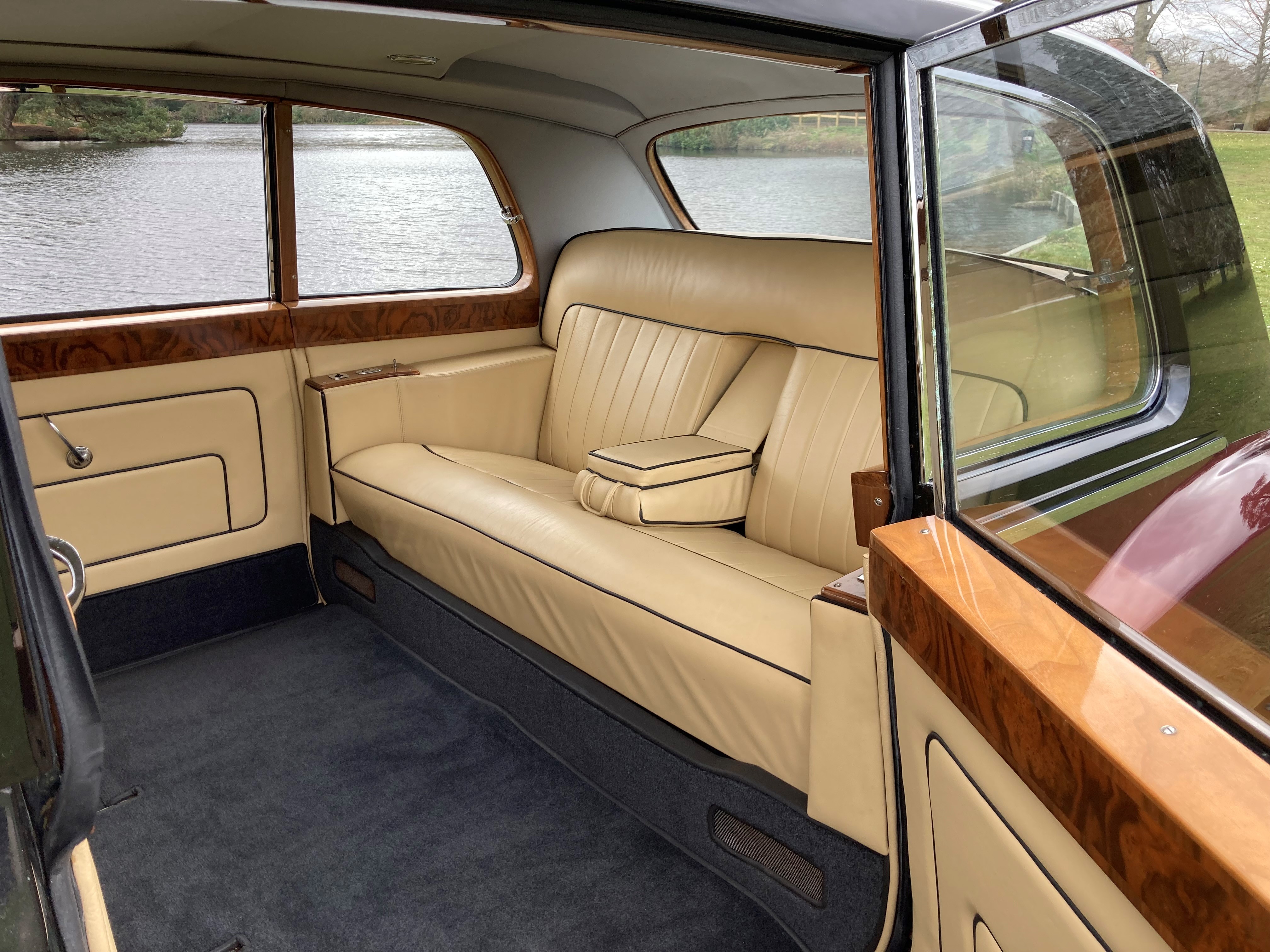 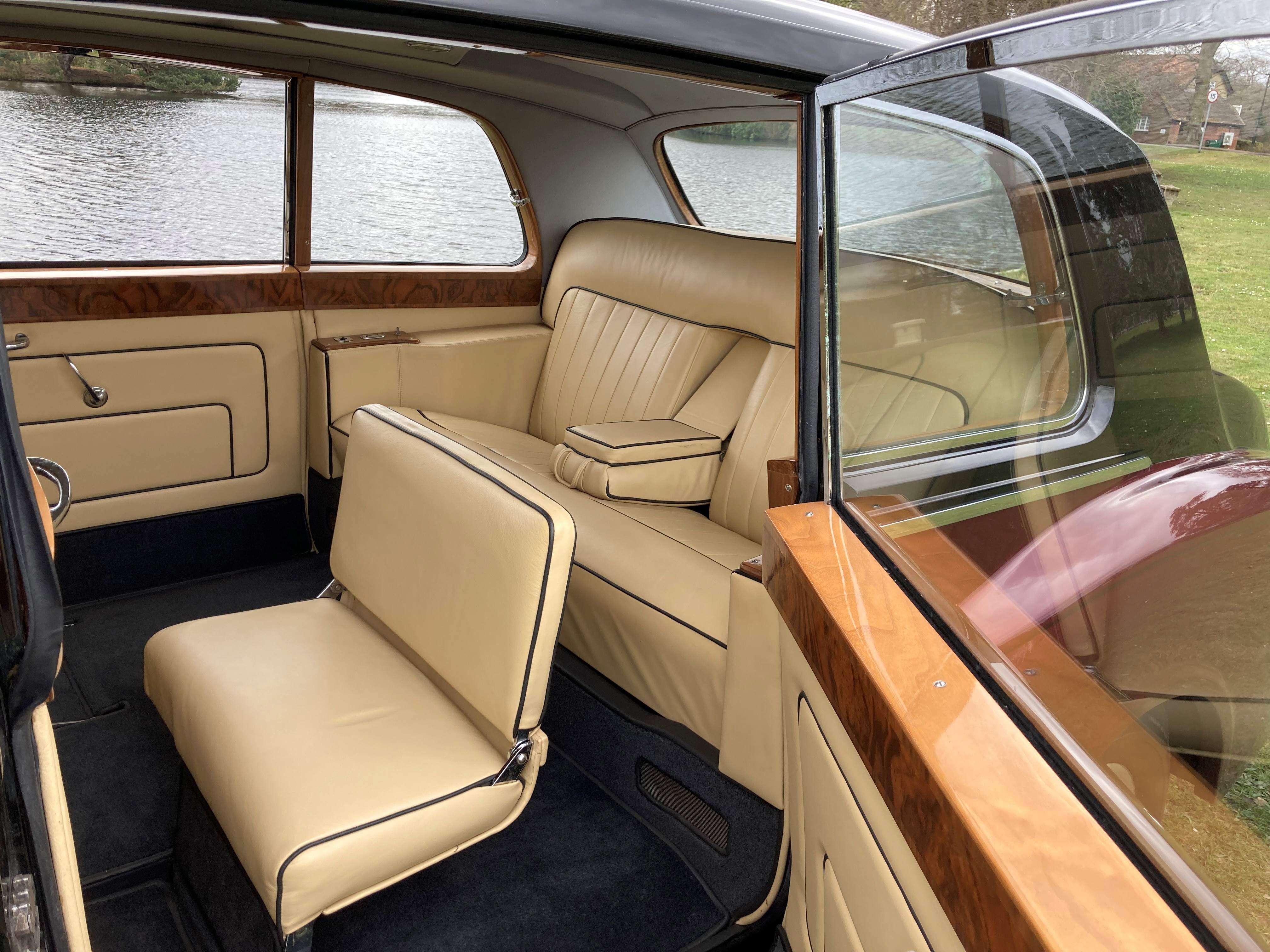 Production of the Rolls-Royce Phantom V began in 1959 with Mulliner/Park Ward (then owned by Rolls-Royce) producing most of the bodies for the extended 145-inch chassis. The Phantom V initially shared the same mechanical aspects as the Silver Cloud II, with a 6.2 Litre V8 engine and four speed automatic gearbox and from 1963 onwards it then was slightly upgraded to fall in line with the new Silver Cloud III’s slightly more powerful engine and its new twin headlamps.

This particular car, Chassis No 5VC49 was originally completed in August of 1964, finished in black with tan leather to the front and fawn cloth in the rear of the cabin. It was supplied by C.H. Truman & Co Ltd to its first owner the Nottingham Guild Hall as the mayoral car for the city. Chassis cards for the car show that it was originally fitted with many of the usual luxuries offered to Phantom V owners including decanters, glasses, footrests, and lamb’s wool rugs. It was also fitted with a detachable flagstaff and finished with a coat of arms on the rear doors.

Following its use in Nottingham Chassis 5VC49 was purchased by Mr A. Lymm and shipped to the United States where it remained until 2008 when it returned to the UK to be restored. A two year restoration took place at Classic Restorations in Scotland, all of which is documented in the cars detailed history file. From 2009 to present day, the car has been carefully maintained by noted Rolls-Royce and Bentley specialists. This regal example has been prepared and tested in our workshop for its next fortunate owner.