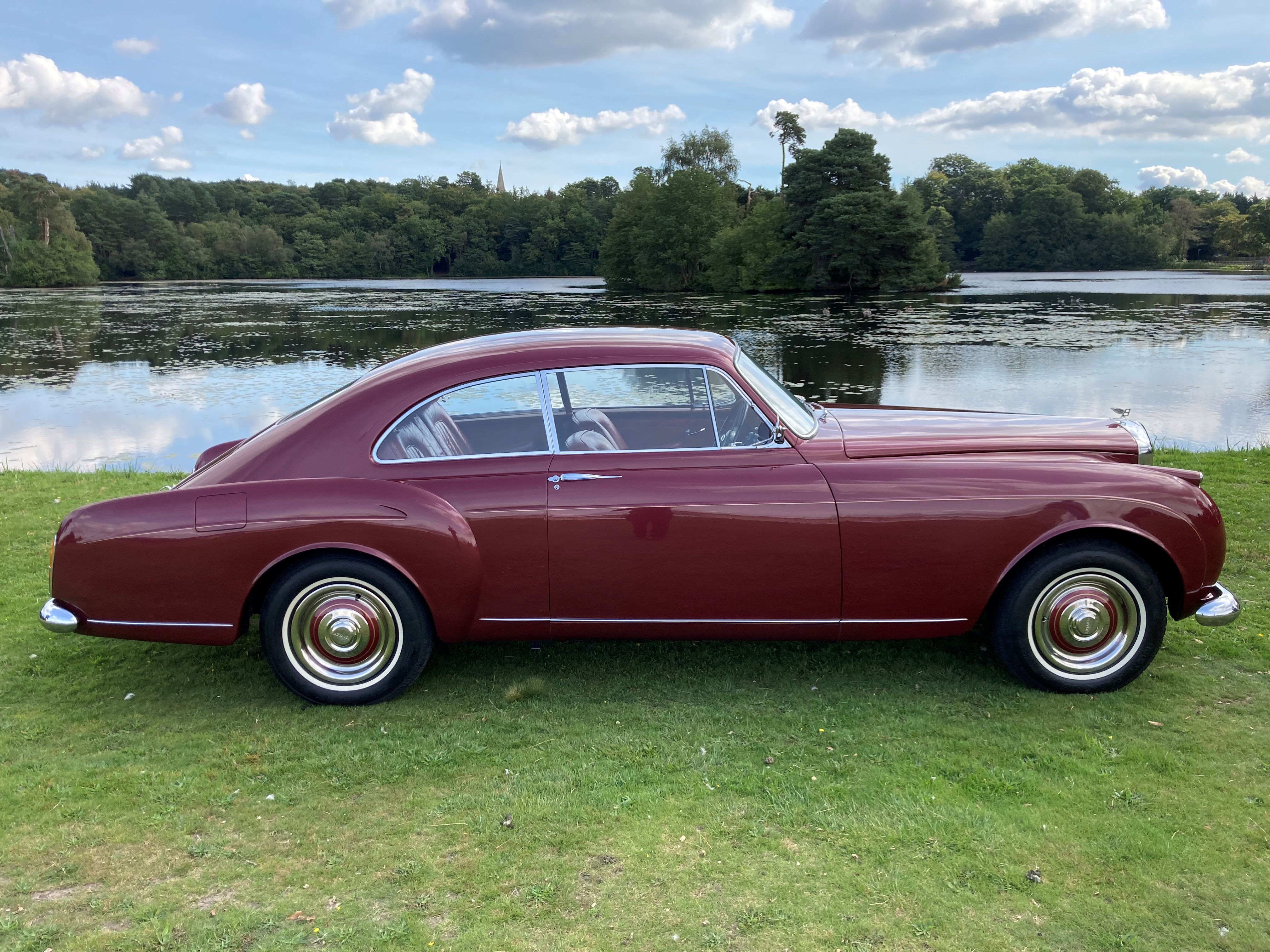 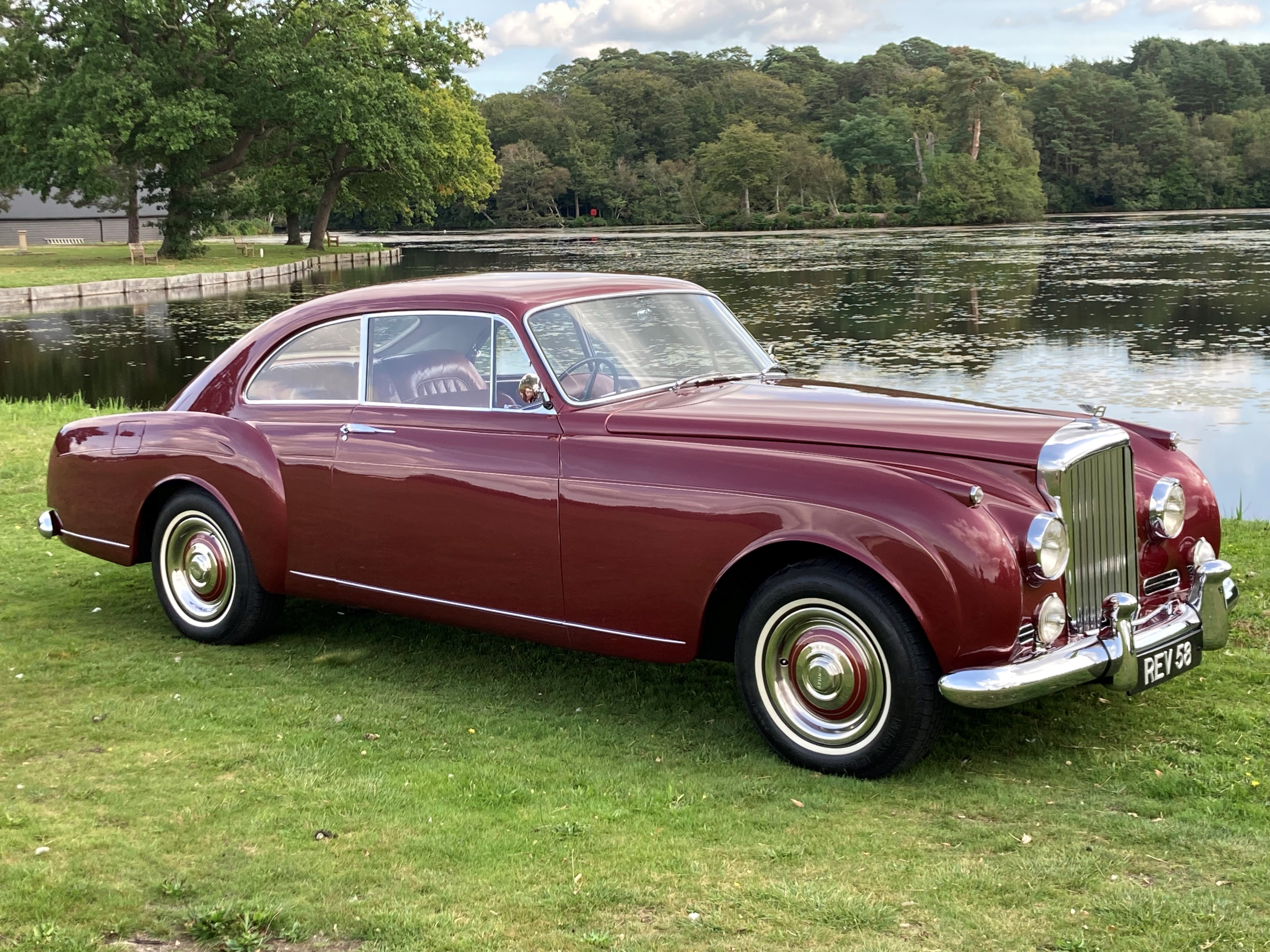 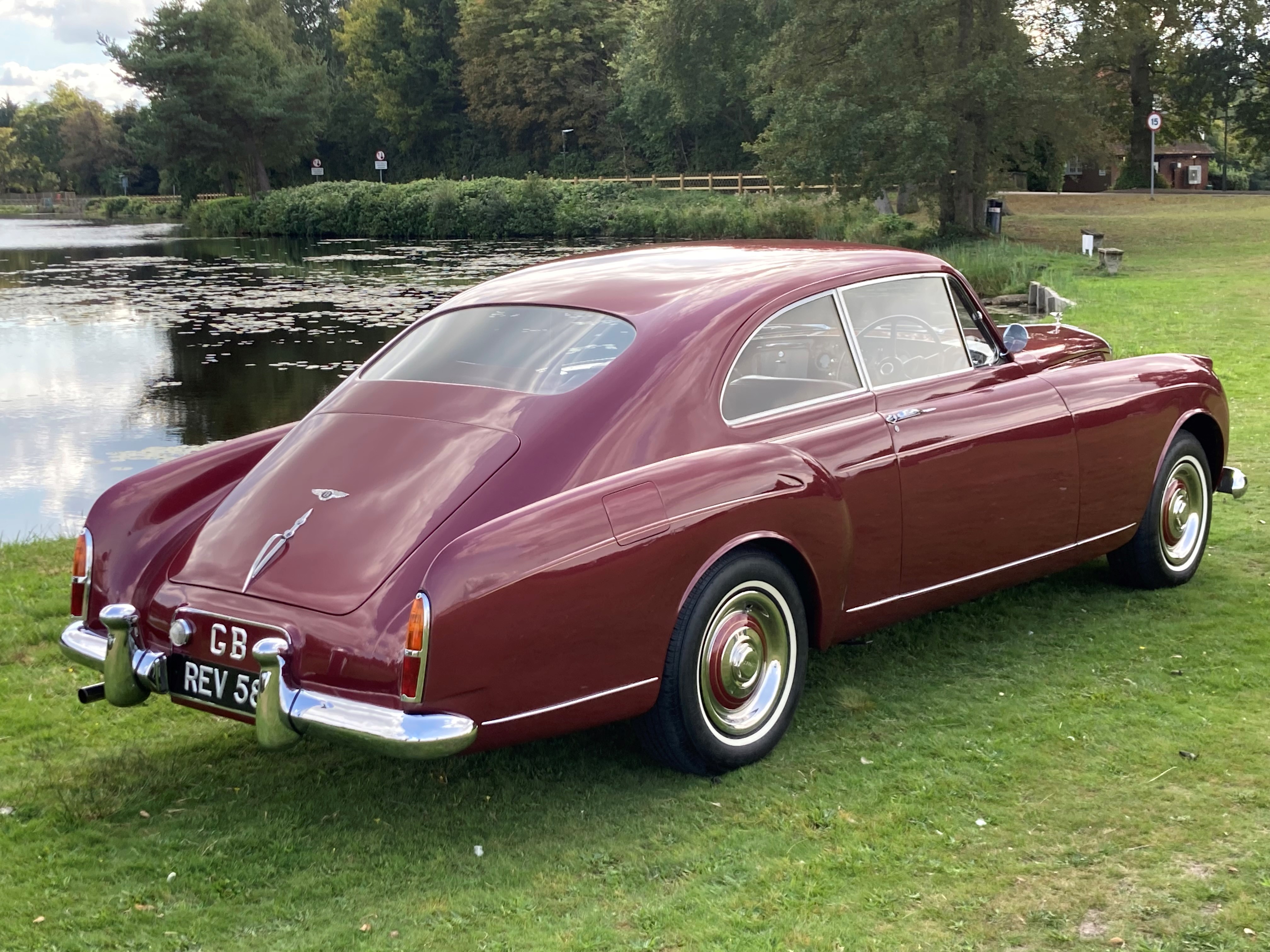 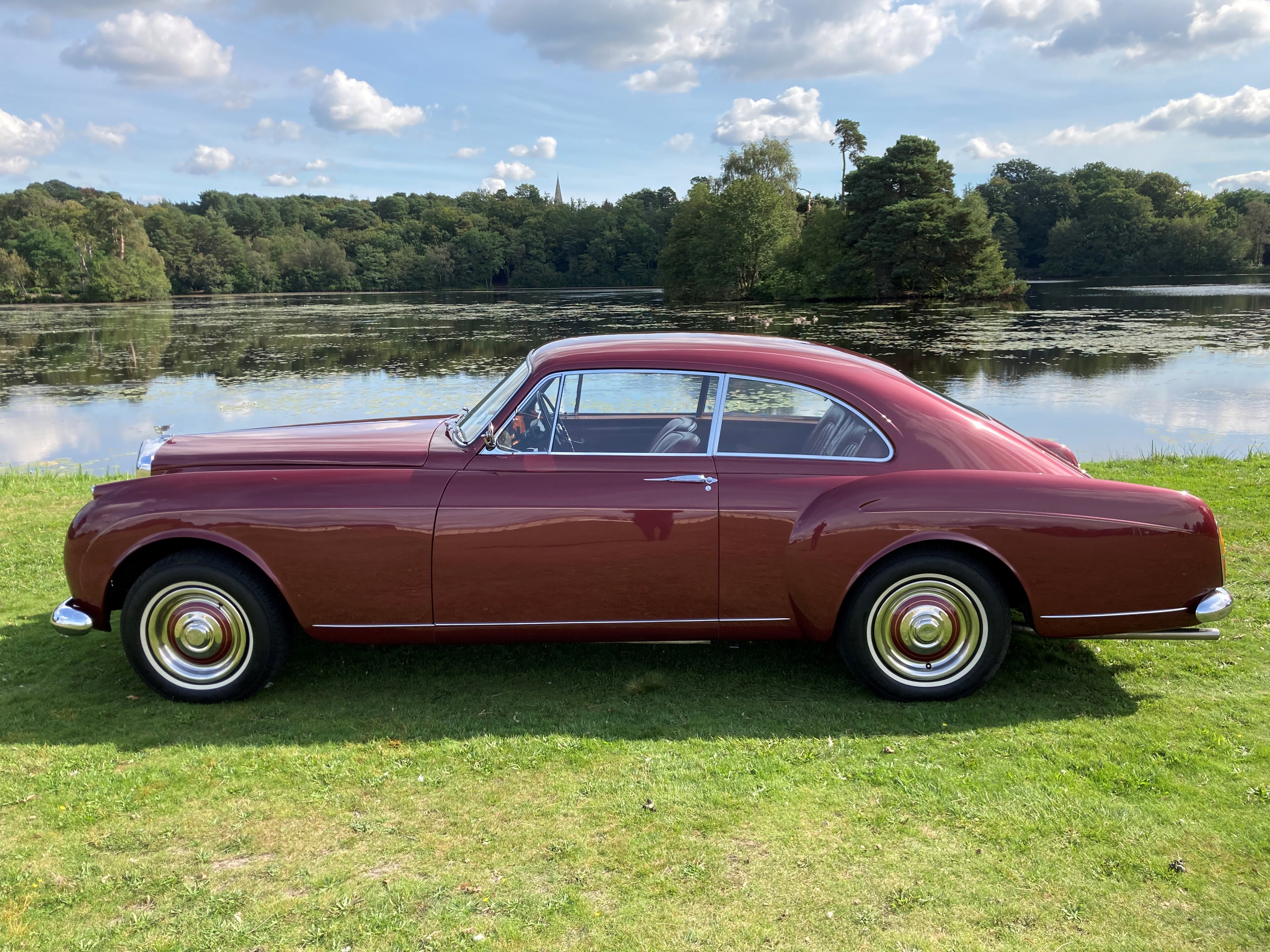 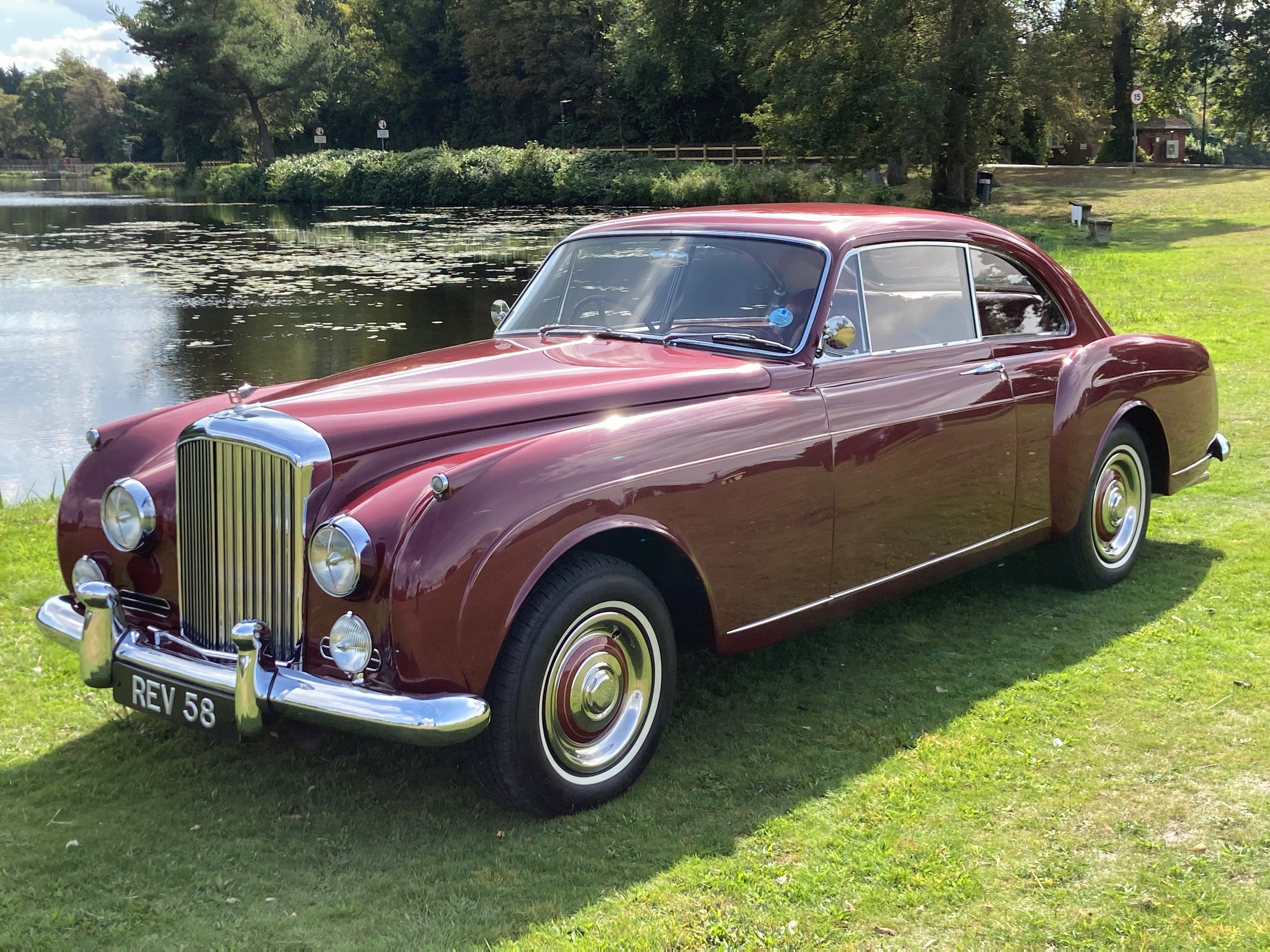 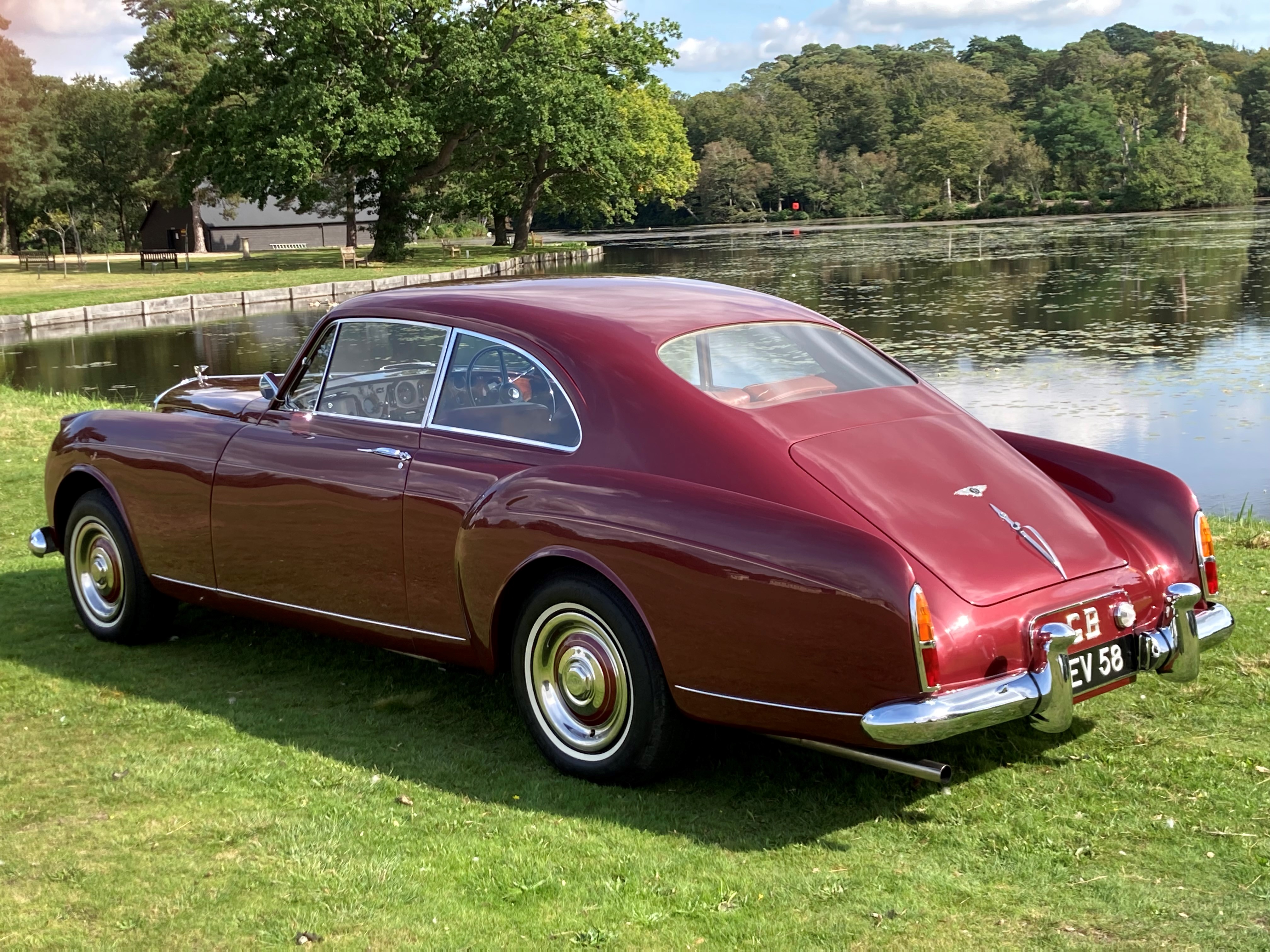 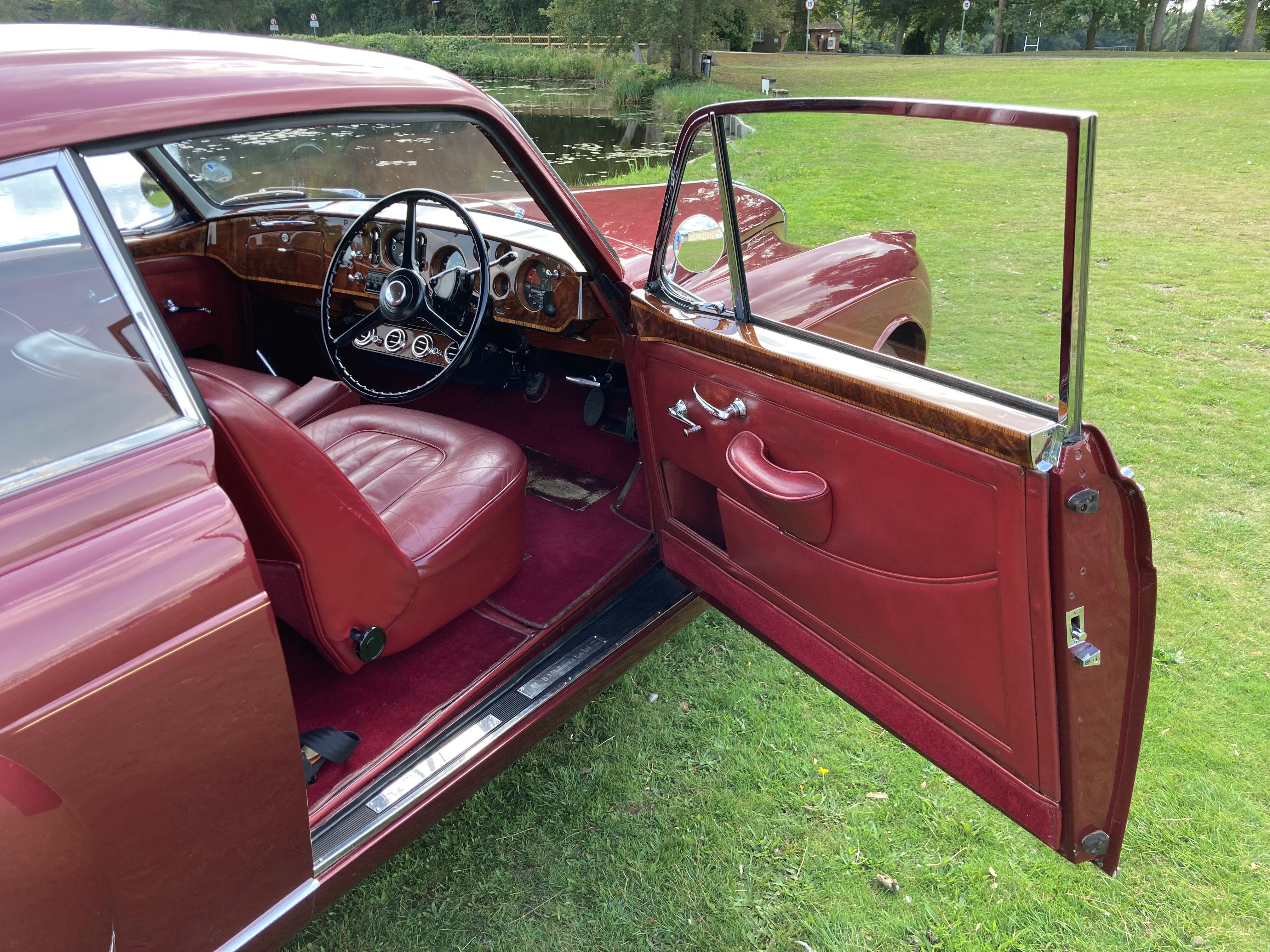 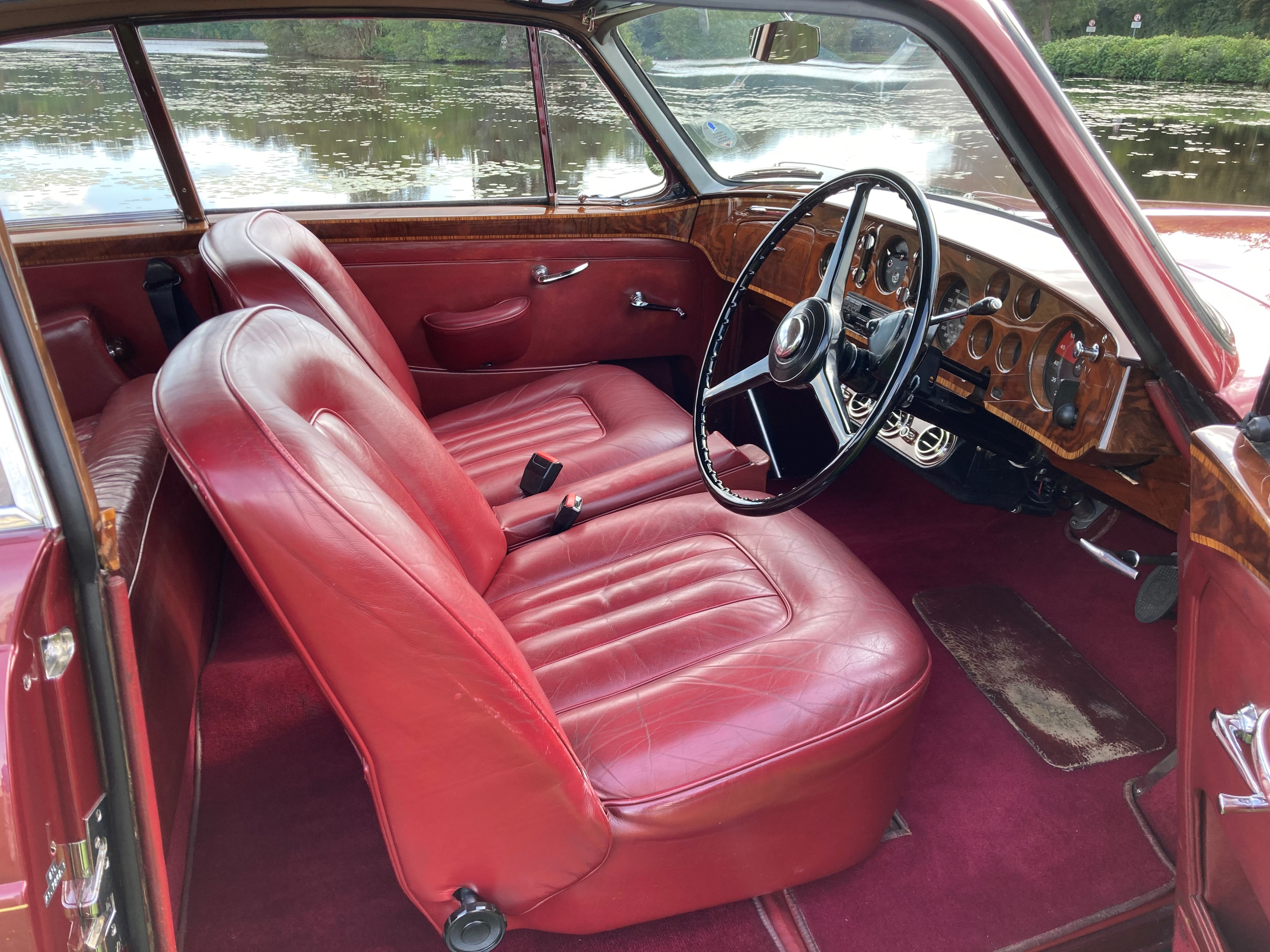 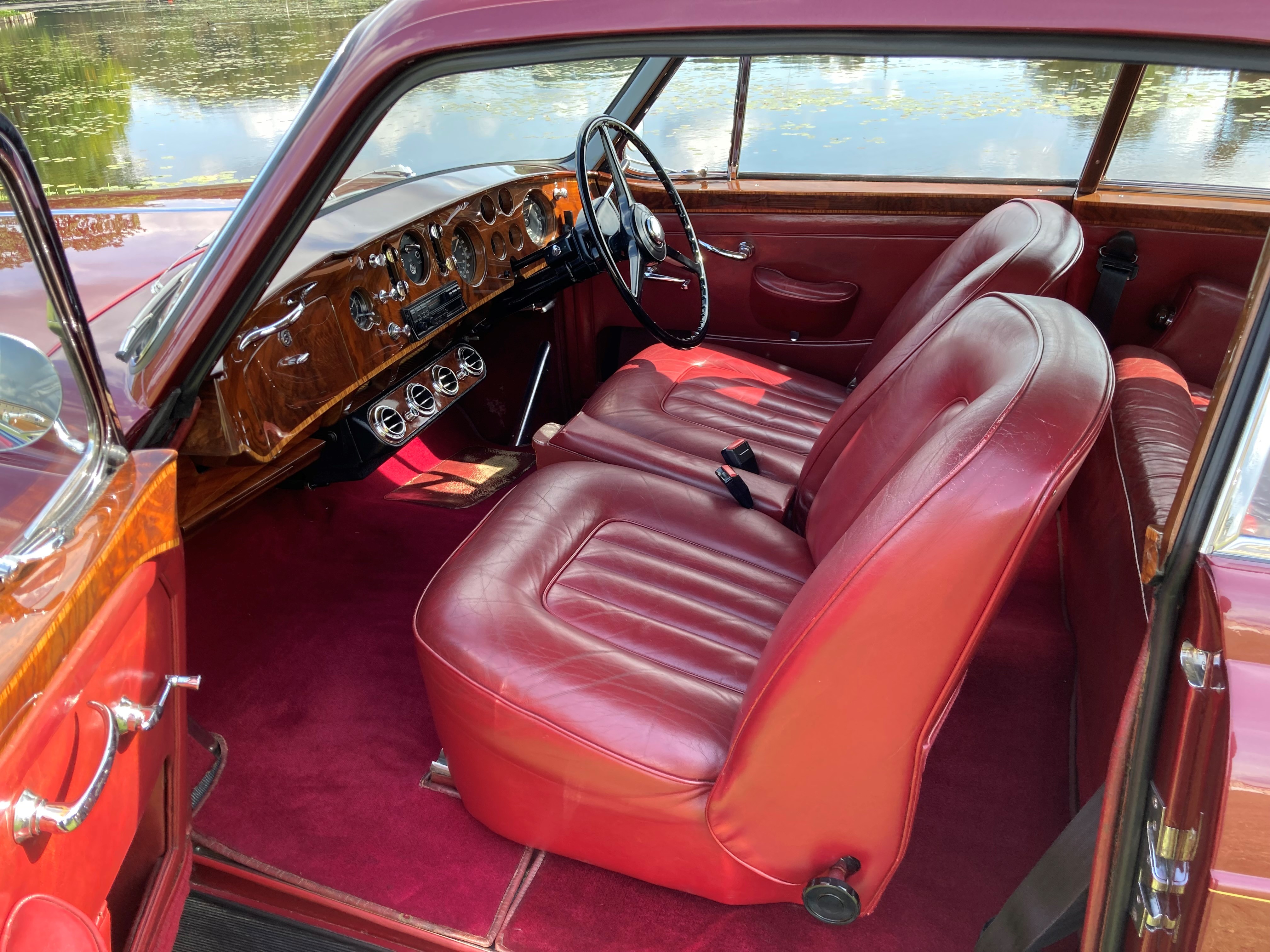 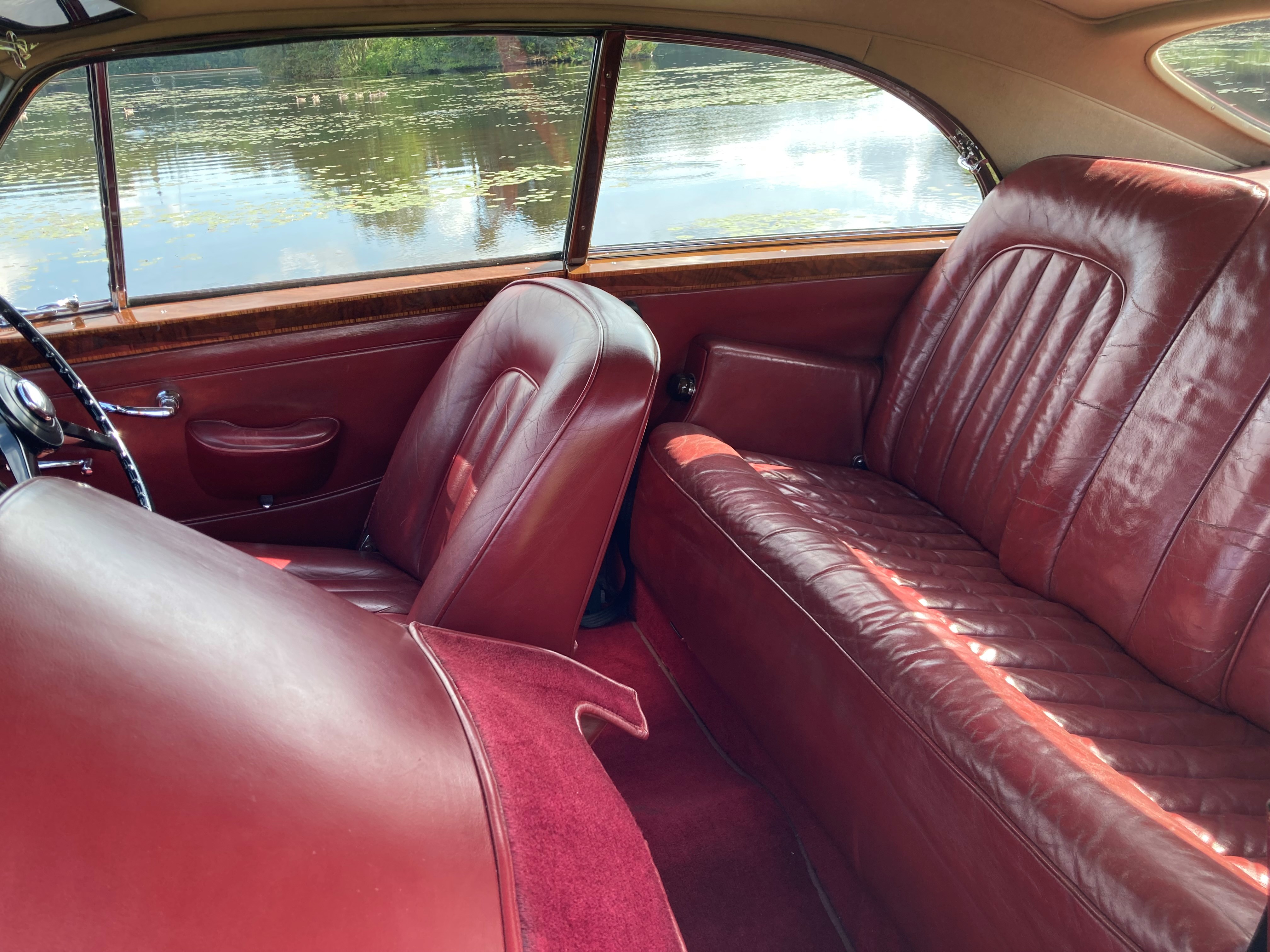 The success of the R Type Continental between 1952 and 1955 lead to the creation of the S1 Continental chassis, which was released in April of 1955. For the first time Bentley enthusiasts had a greater choice of coachwork designs to choose from with H.J. Mulliner and Park Ward responsible for bodying the majority of the S1 Continentals produced. One of the most popular designs was the fastback coachwork by H.J. Mulliner, built to design number 7400. It was modified to fit the 3 inch longer S1 Continental chassis and in styling terms was adapted further from the R Type Continental with a raised front wing line and less bulbous rear wings with a higher line which were finished with stylish new swage lines. One hundred and nineteen bodies were built by H.J.Mulliner between 1955 and 1957 to Design No 7400, which was then followed by Design No 7466, a modified Fastback design which is sometime referred to as the “highline” option.

This particular car, Chassis No BC33DJ is one of the sixteen cars built inright hand drive. It was completed in March of 1958, originally finished in black pearl with a red leather interior. It was supplied by Mann Egerton to its first owner, the reverend A.L.F. Cole of Hoveton, Norfolk. Points of interest include his personal registration plate that was fitted to the car, REV 58,which it still carries today. The car was also ordered with a speedometer showing both MPH and KPH. Reverend Cole had also owned Bentleys prior to his purchase of BC33DJ, whilst stationed as the chaplain at the Royal Military Academy at Sandhurst in Surrey with records indicating his former ownership of two Bentley R Types.

The car was in the ownership of Reverend Cole for just over a year with records showing that Jack Barclay Ltd sold it in July 1959 to its second owner, Mr H Tipper of Birmingham. The car had covered 4,600 miles to this point.

It was sold to its third owner Mr Howard Charles Clewes in March of 1968 who lived in London NW3. By this point the car was listed as having red coachwork. Mr Clewes was an English screenwriter and novelist, writing twenty novels between 1938 and 1979, being nominated for a BAFTA in 1960 for his screen play “The day they robbed the bank of England.”

Chassis No BC33DJ changed hands again in November 1984 when purchased by Mr Garrett Graham Wellesley, The Right Honourable The (7th) Earl of Cowley. It was then owned during the late 1980’s by Mr David Toms of Cornwall before being sold for the first time by Frank Dale & Stepsons in the early 1990’s to Mr Hans Peter Buehler of Henley on Thames. At this point the car had covered just under 70,000 miles from new.

Mr Ian Pitkethly purchased the car in April of 1995 and retained it until his passing in 2001 when it was acquired by the present owners. The car has been very well maintained mechanically speaking during its present ownership and prior, with an extensive history file present, documenting the annual servicing, maintenance and improvements carried out. The car has been extensively toured on the continent by the present owners, including trips to and from France, Germany, Switzerland, Spain and Portugal, all without any issues.