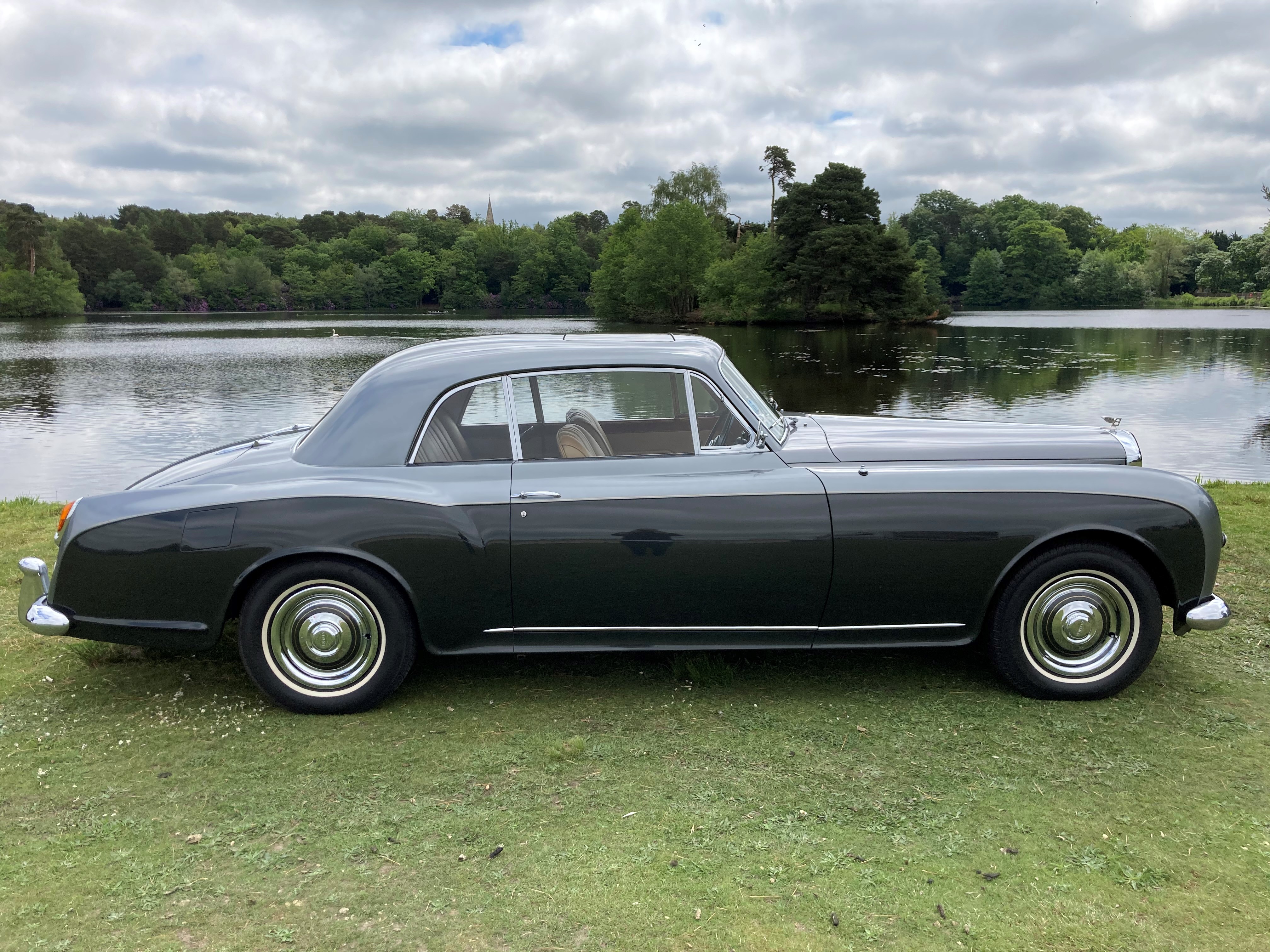 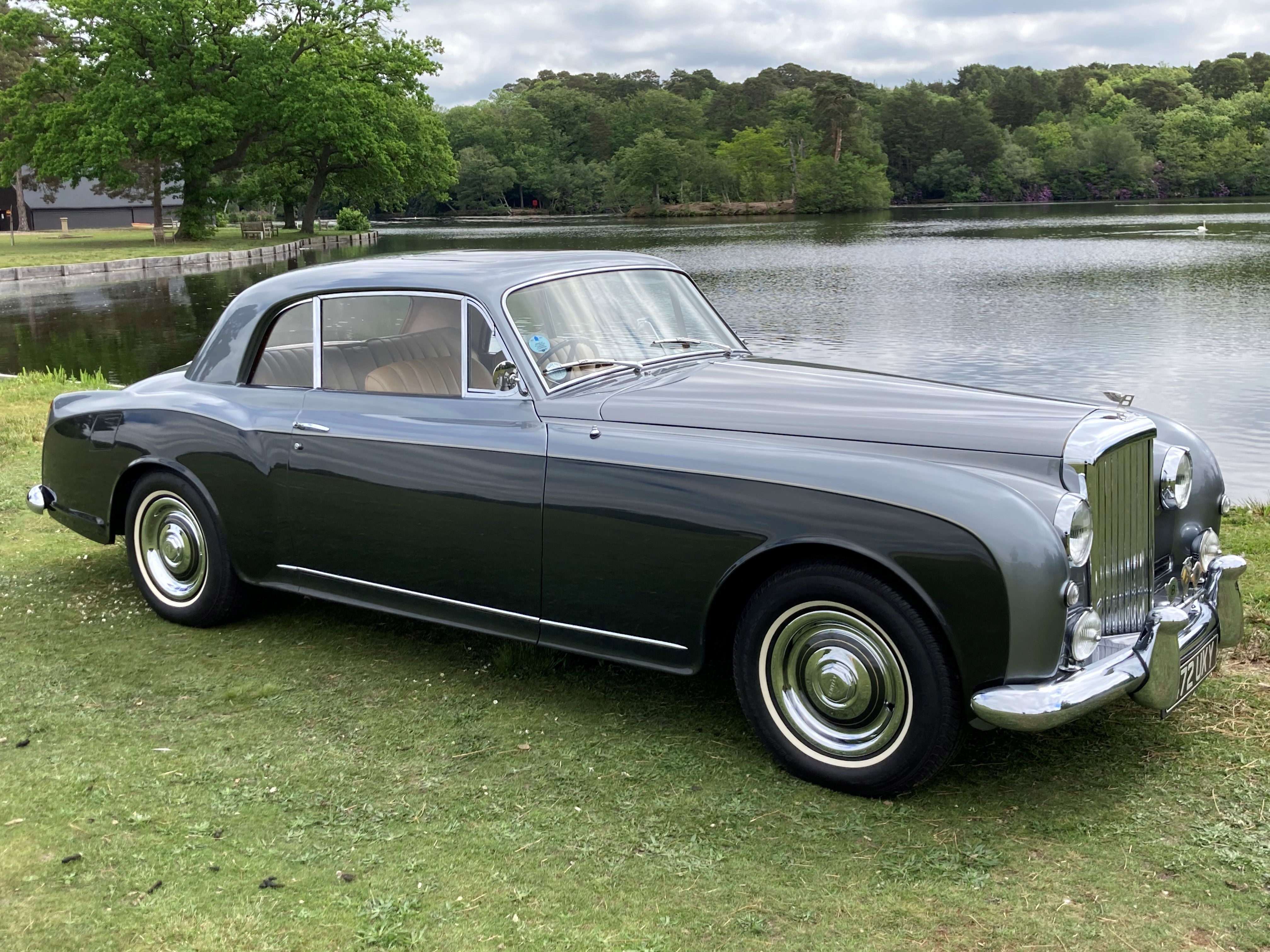 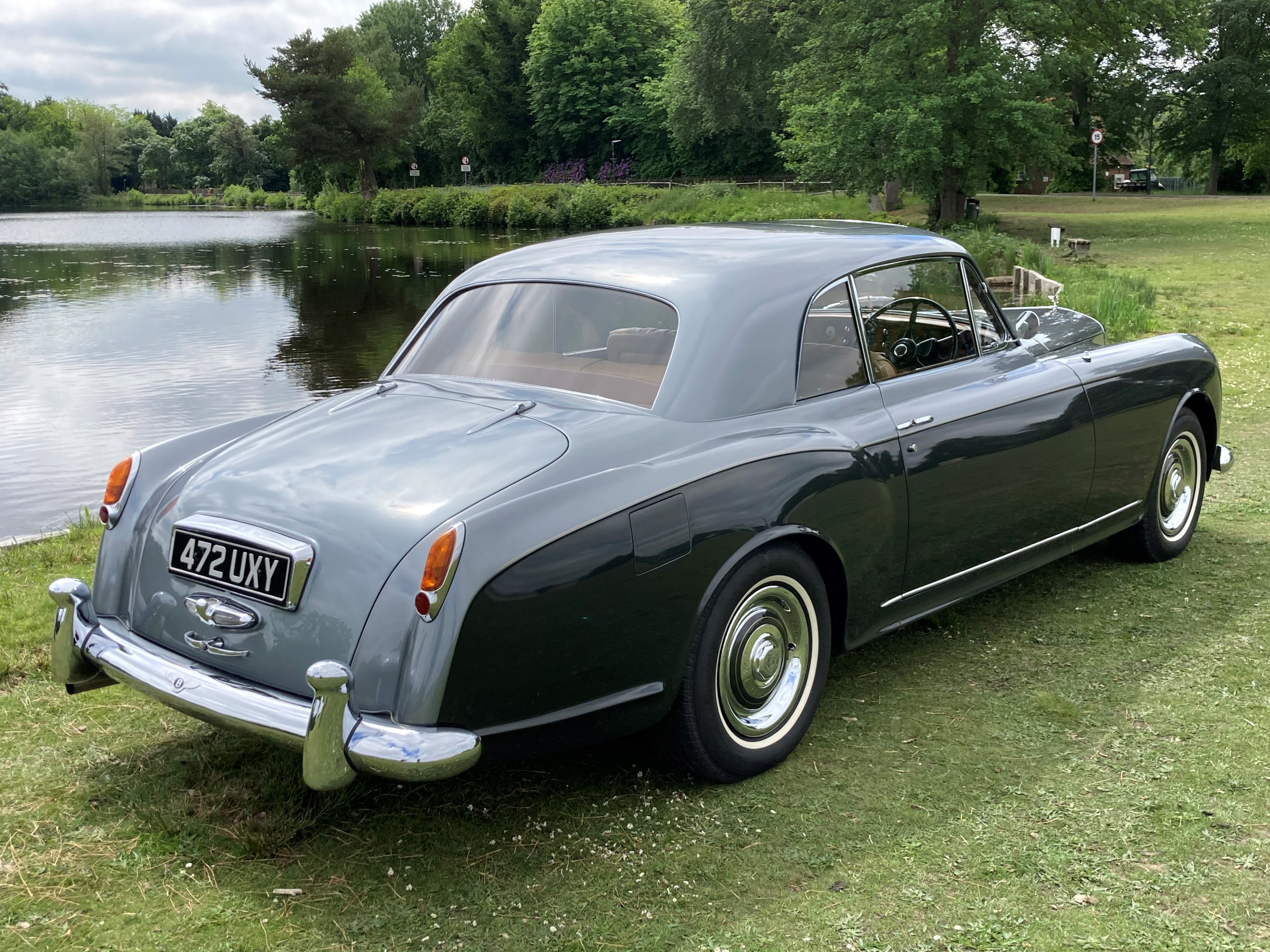 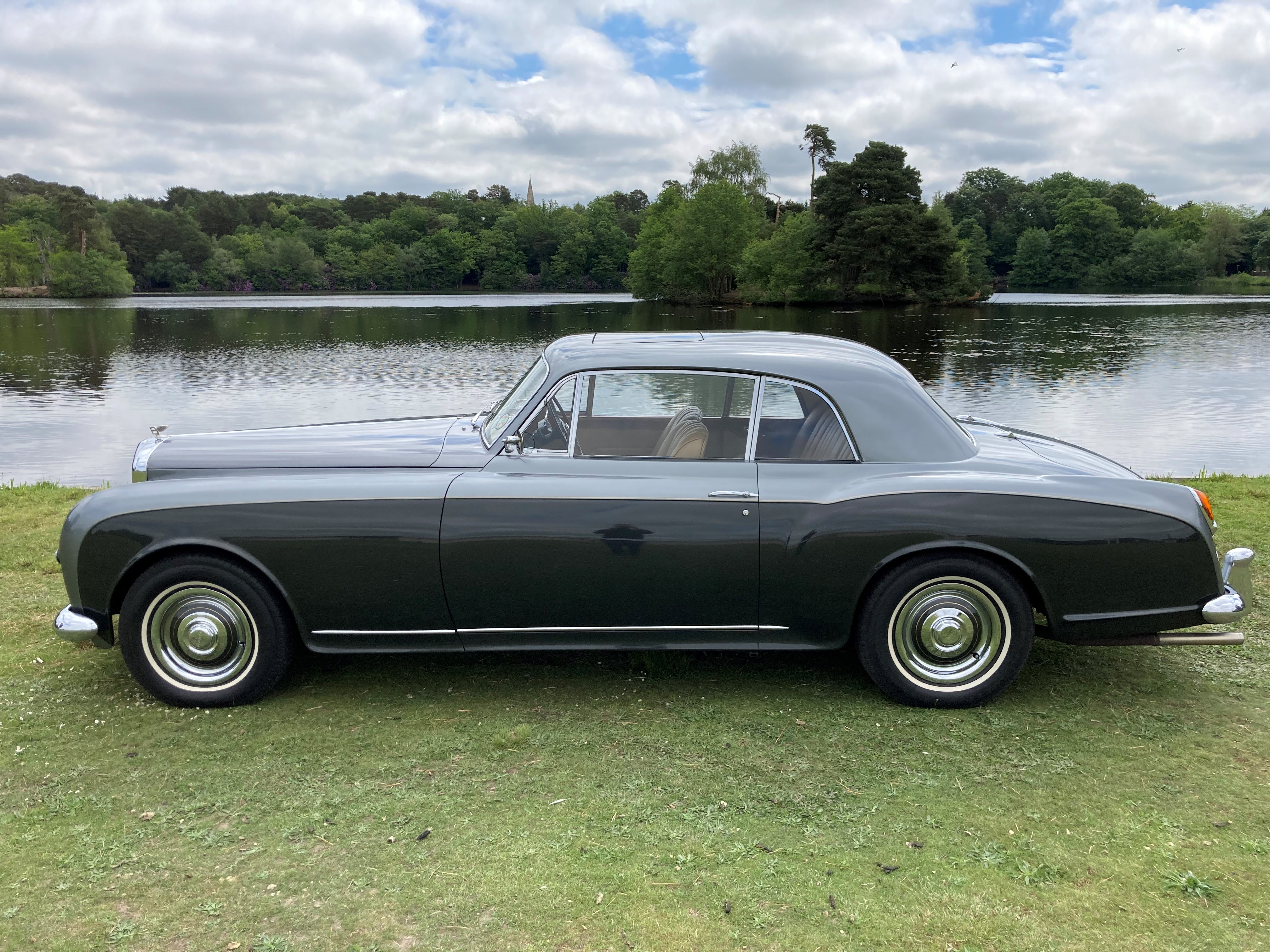 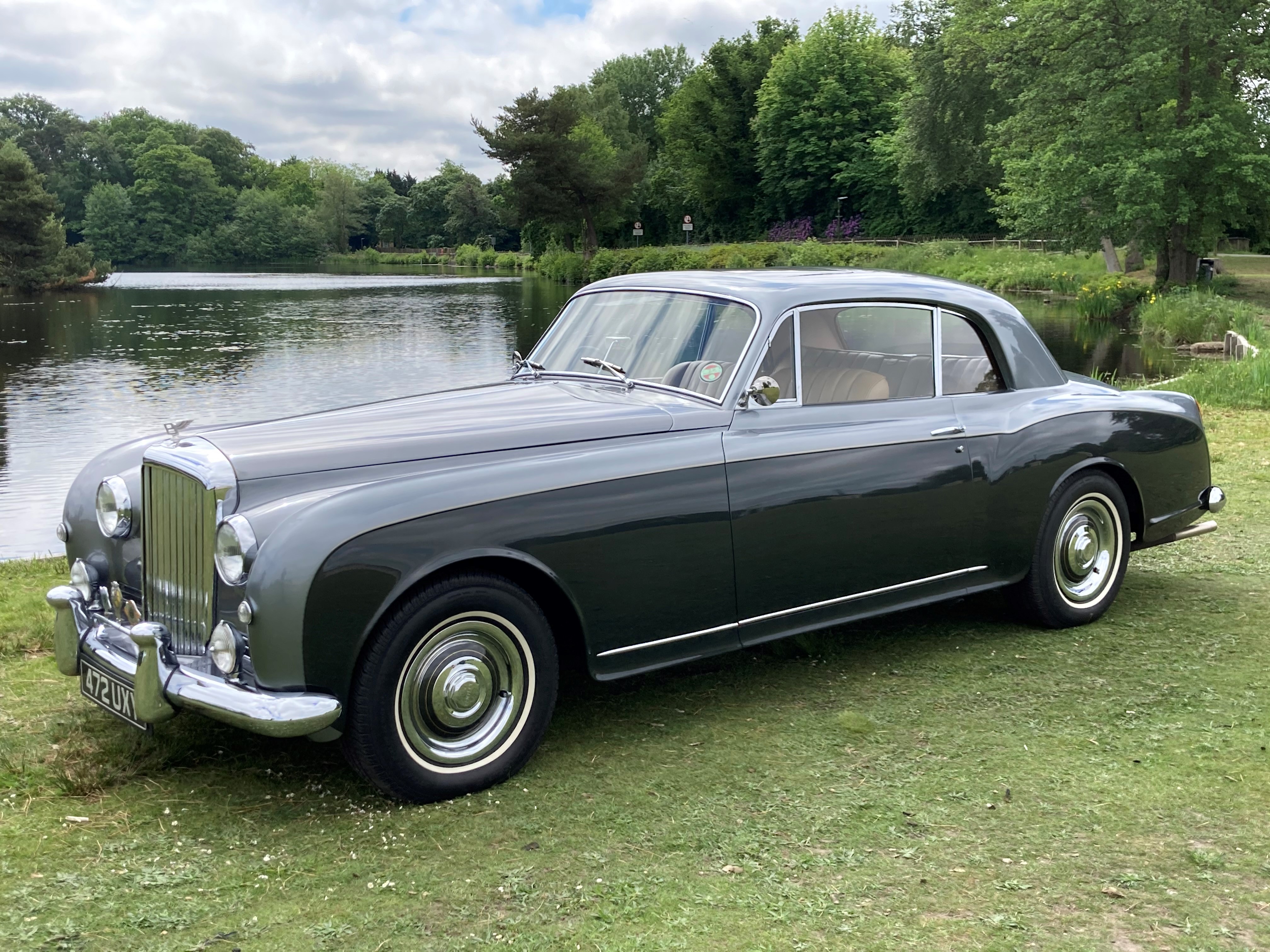 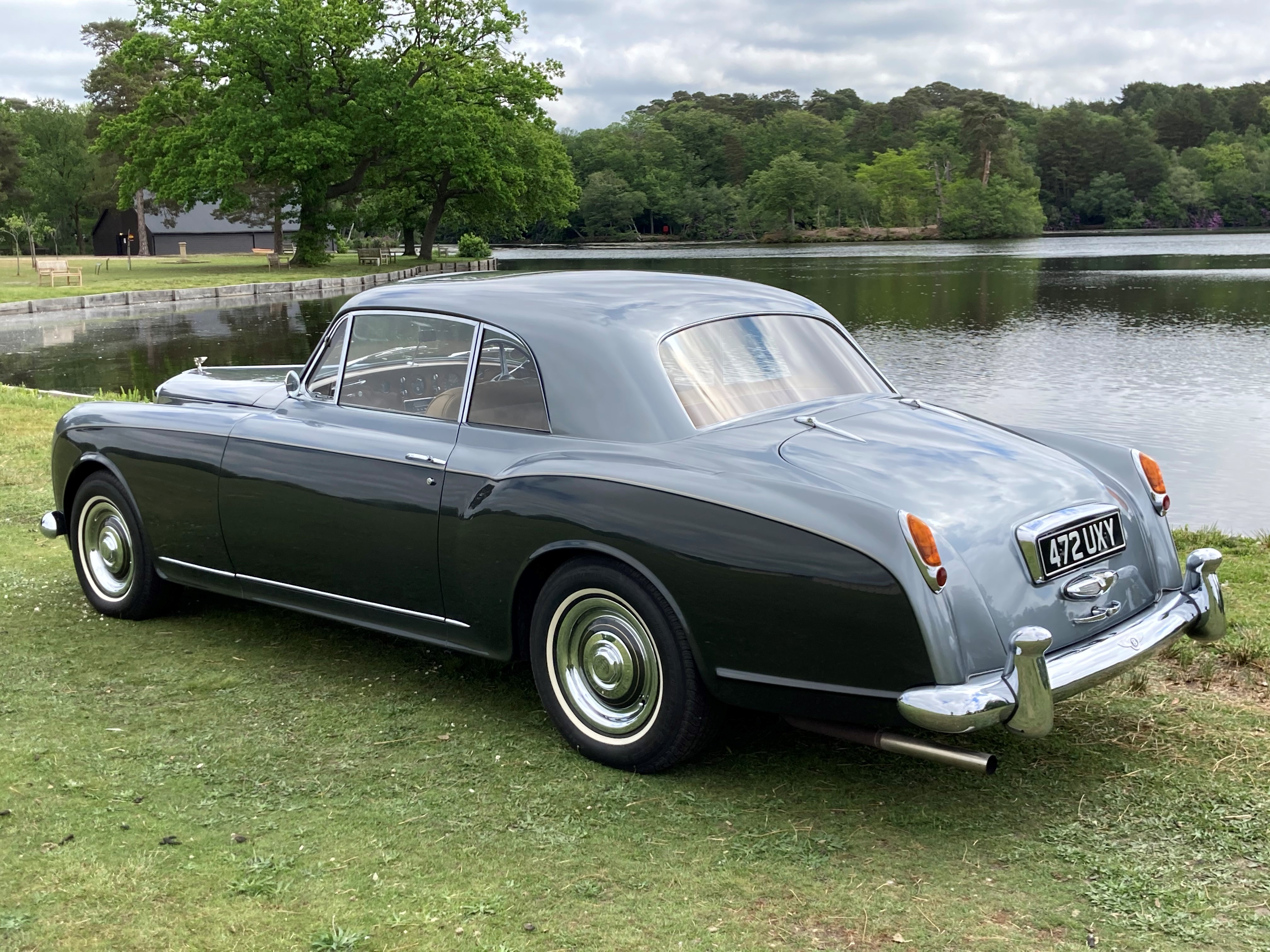 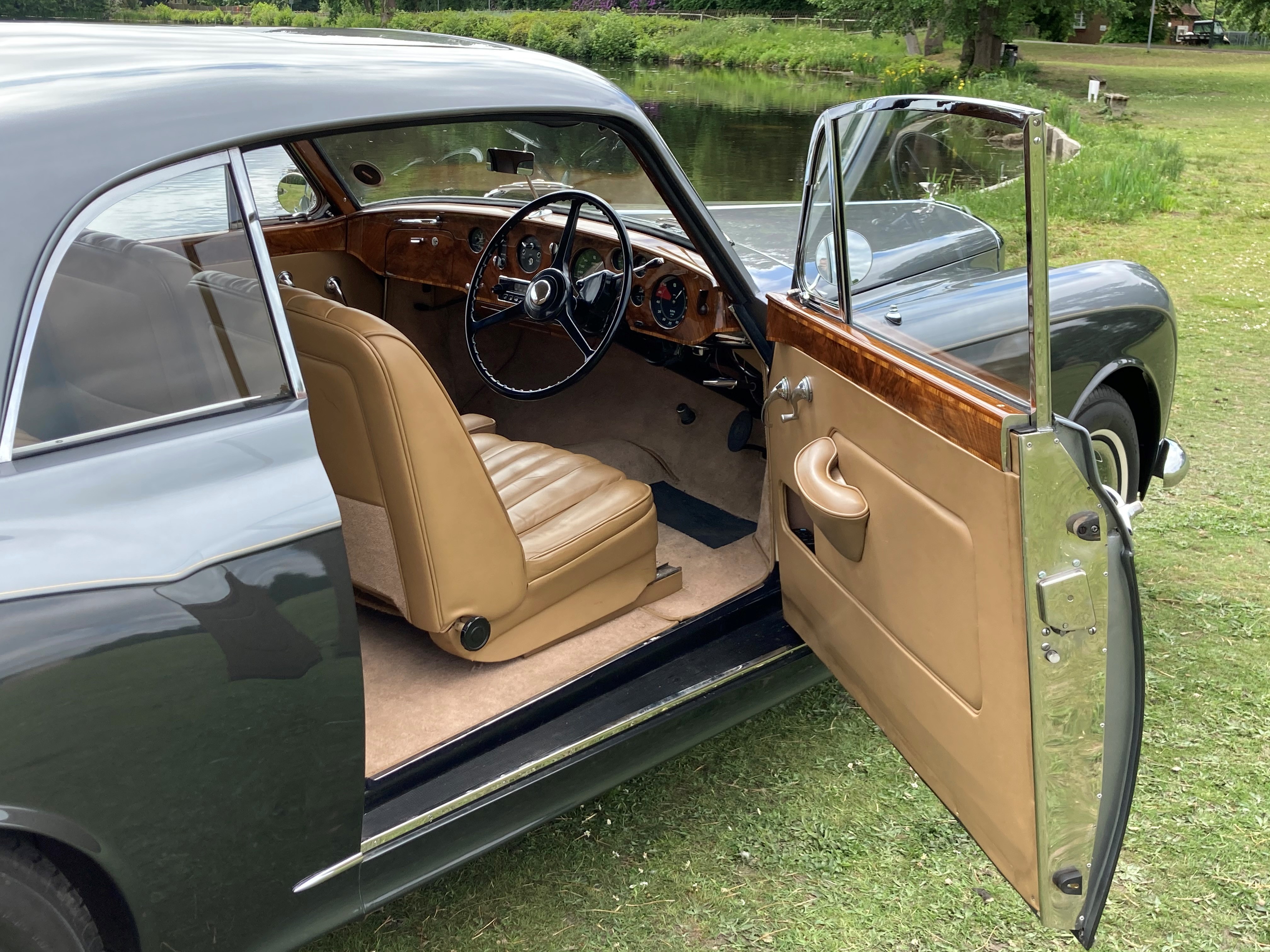 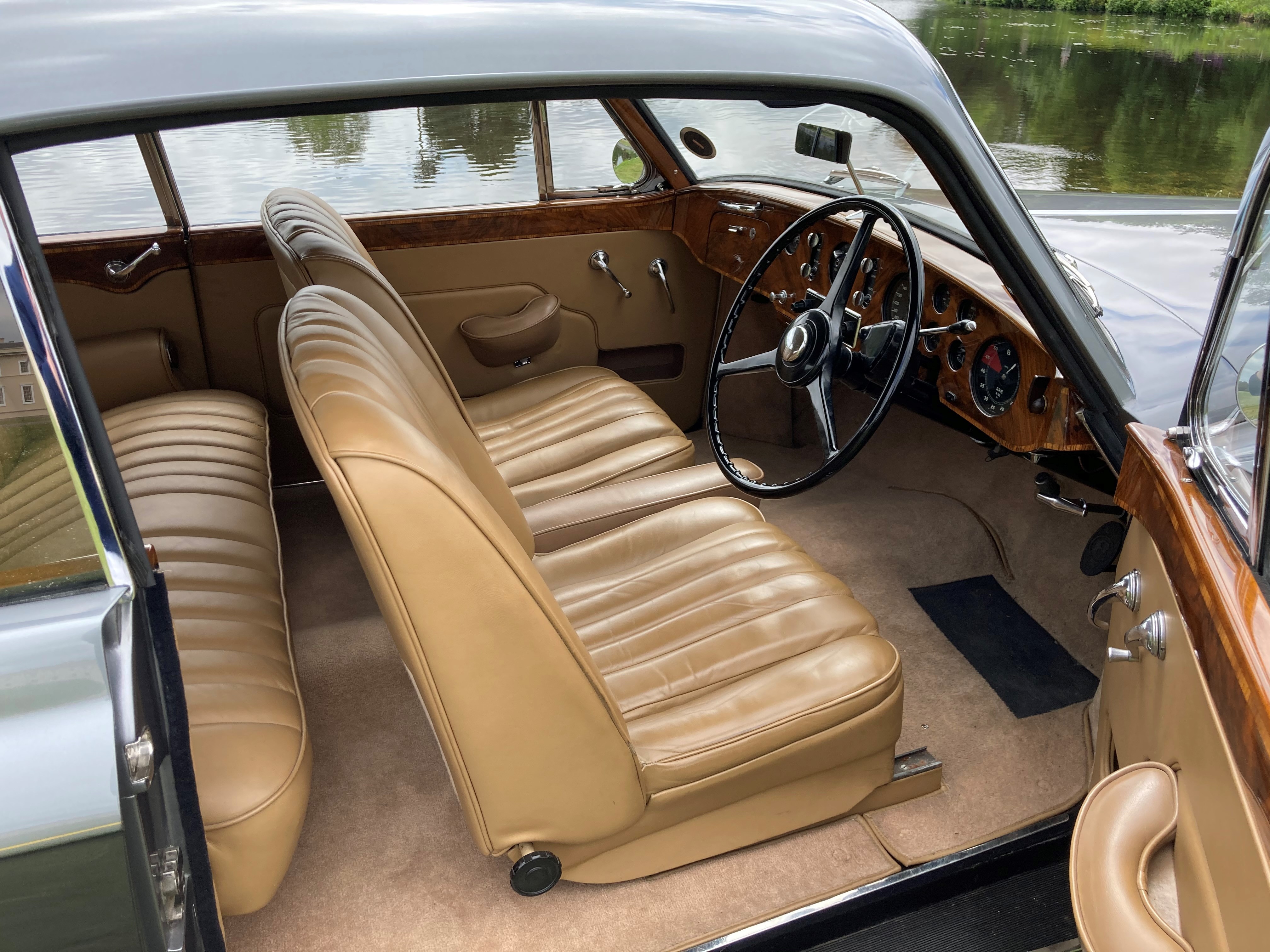 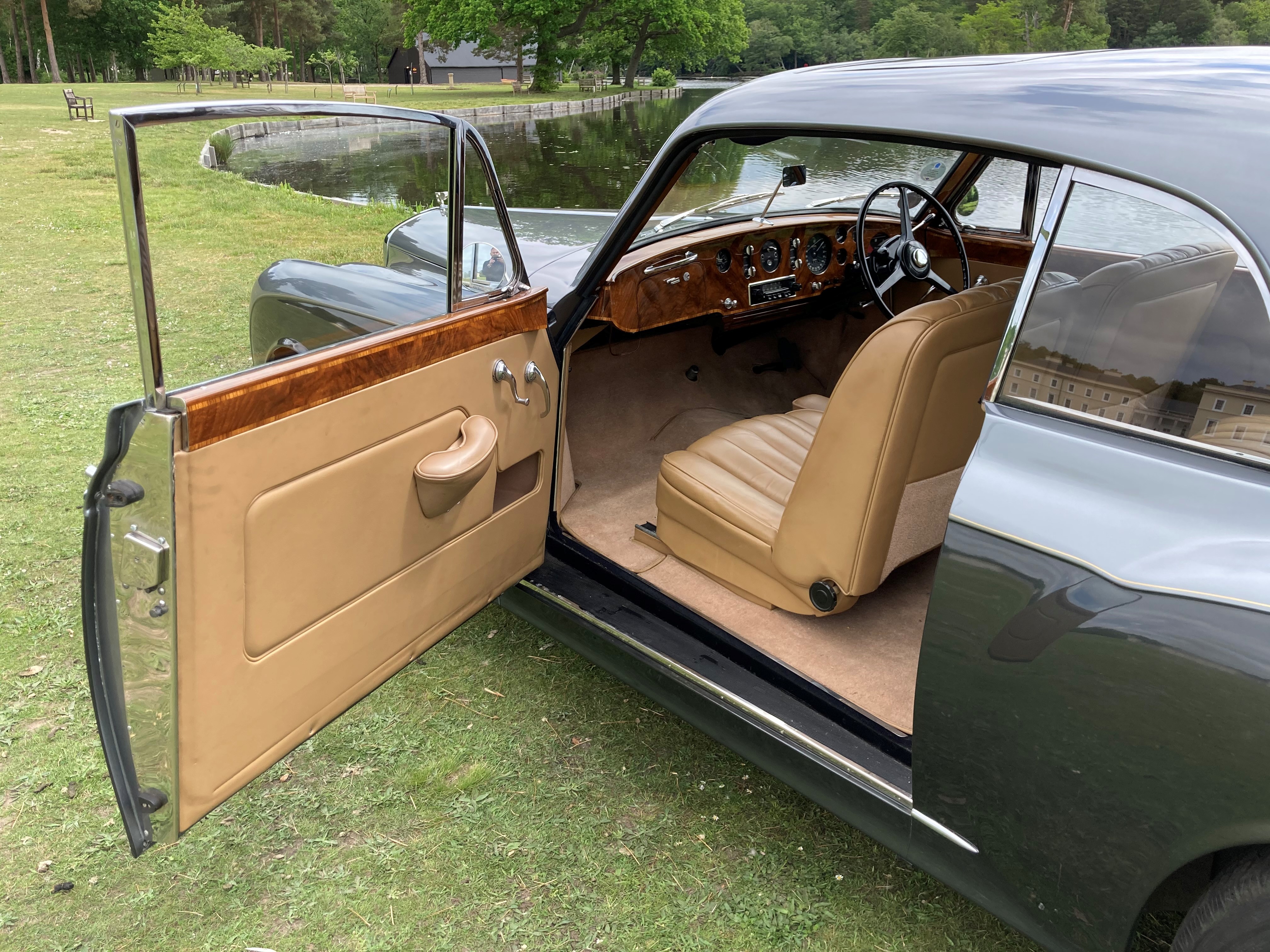 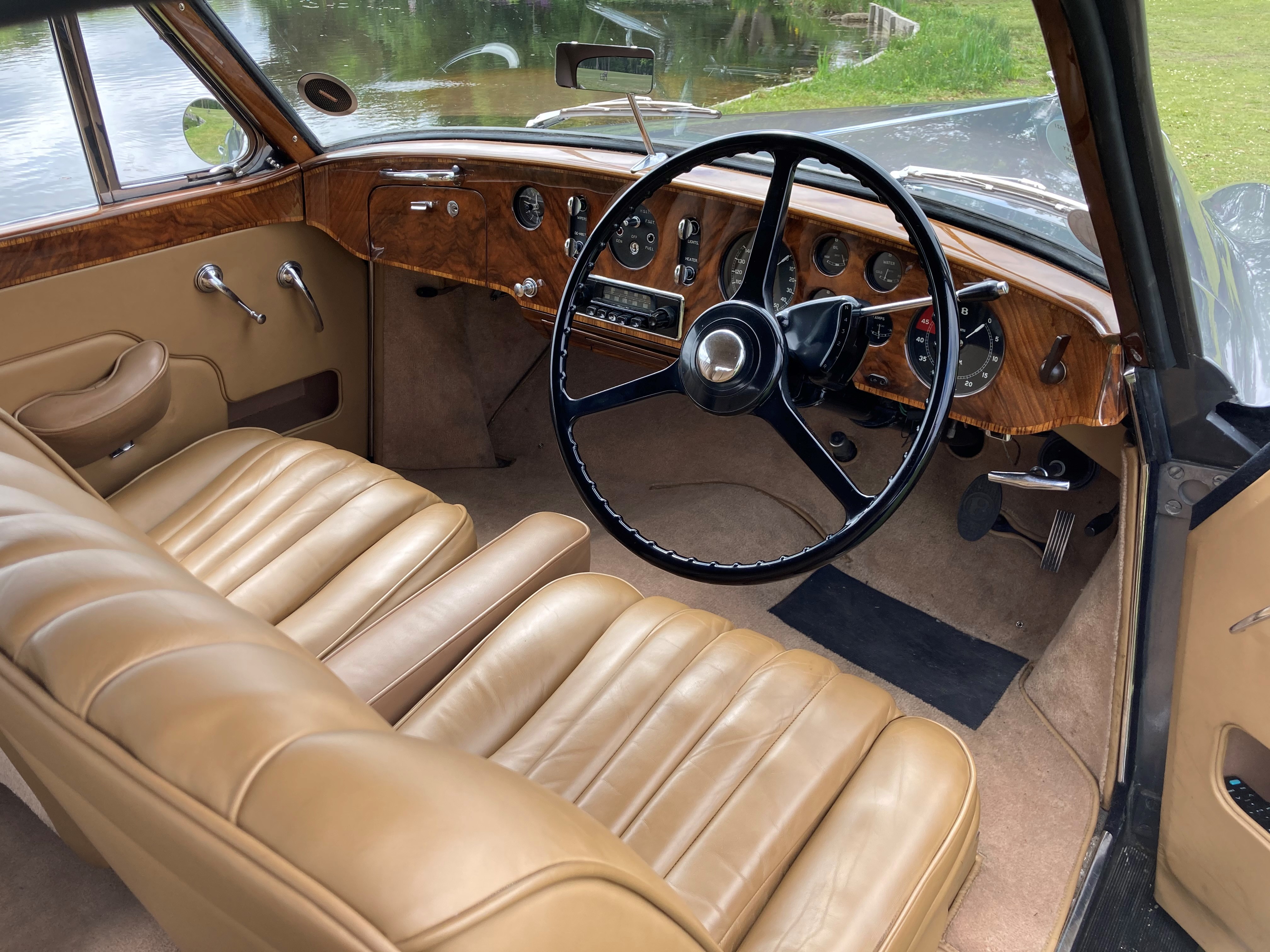 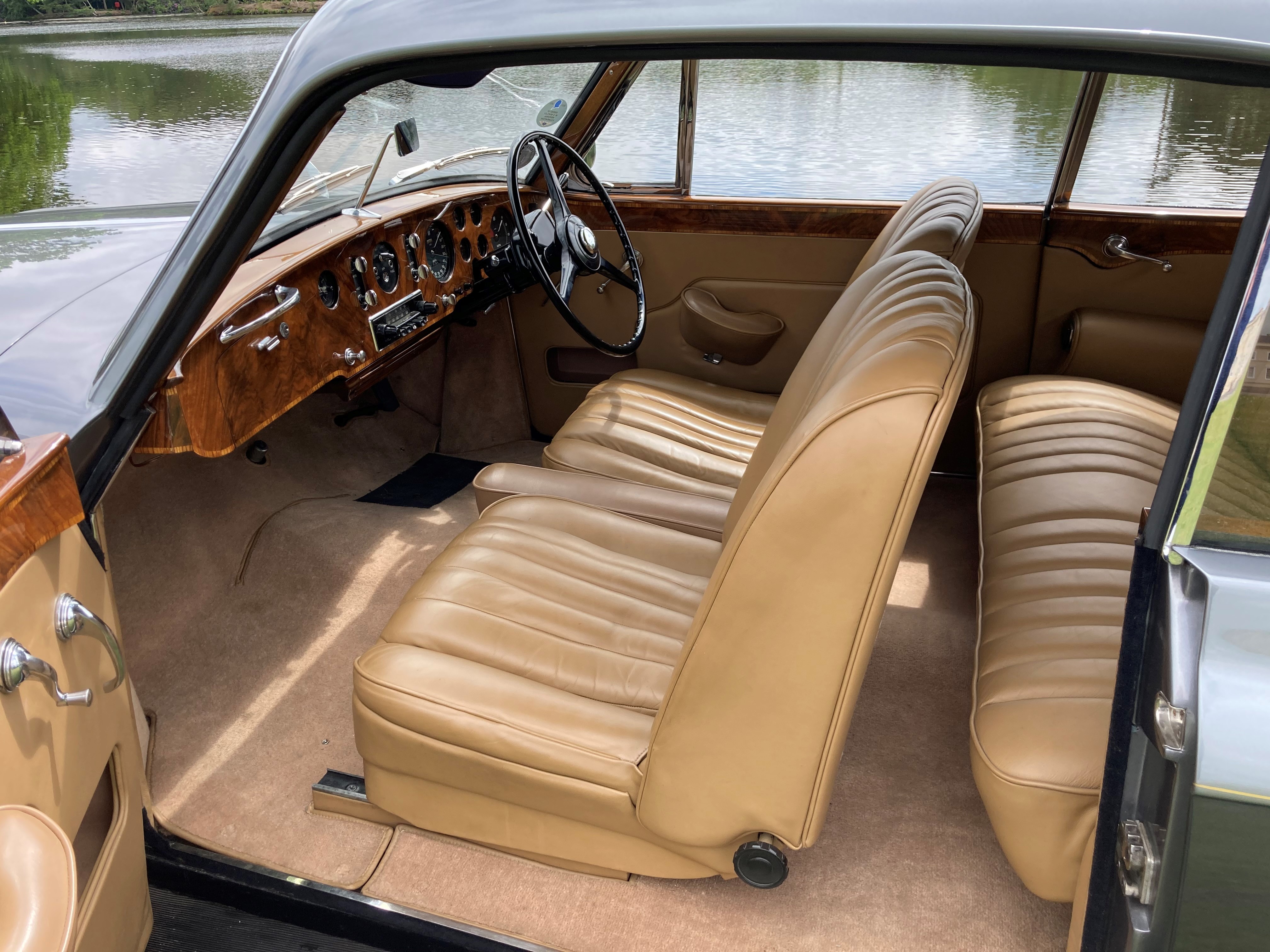 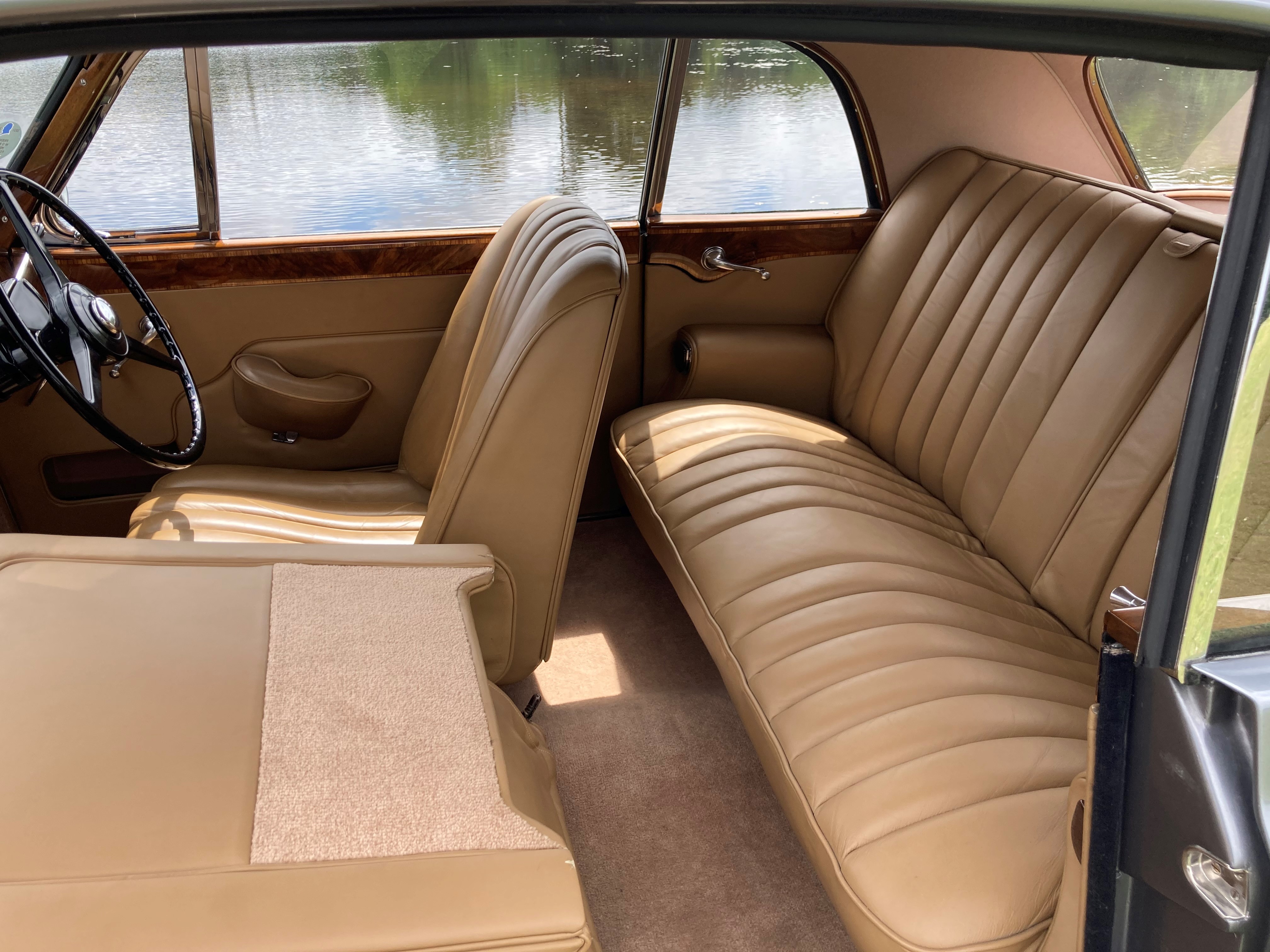 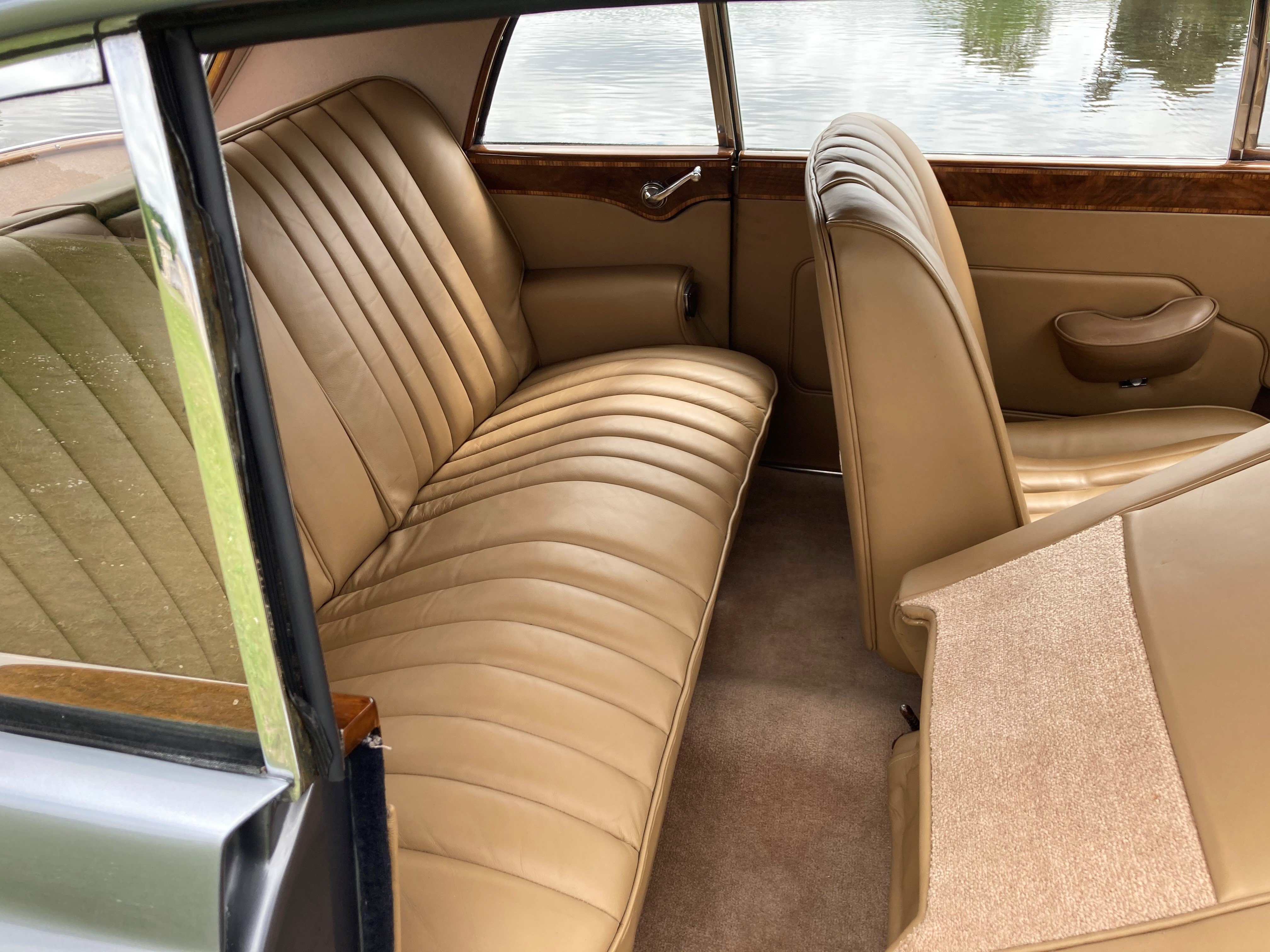 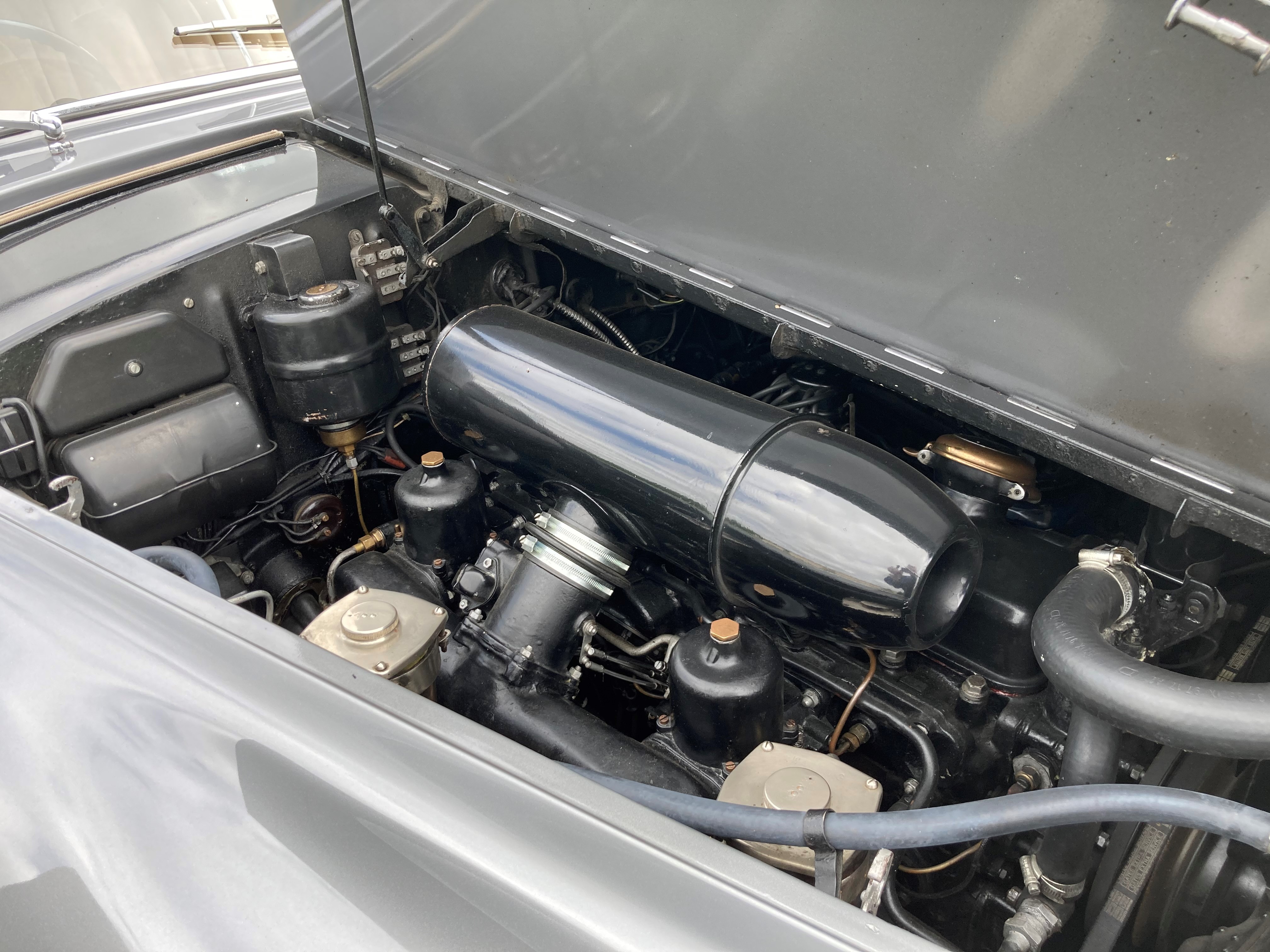 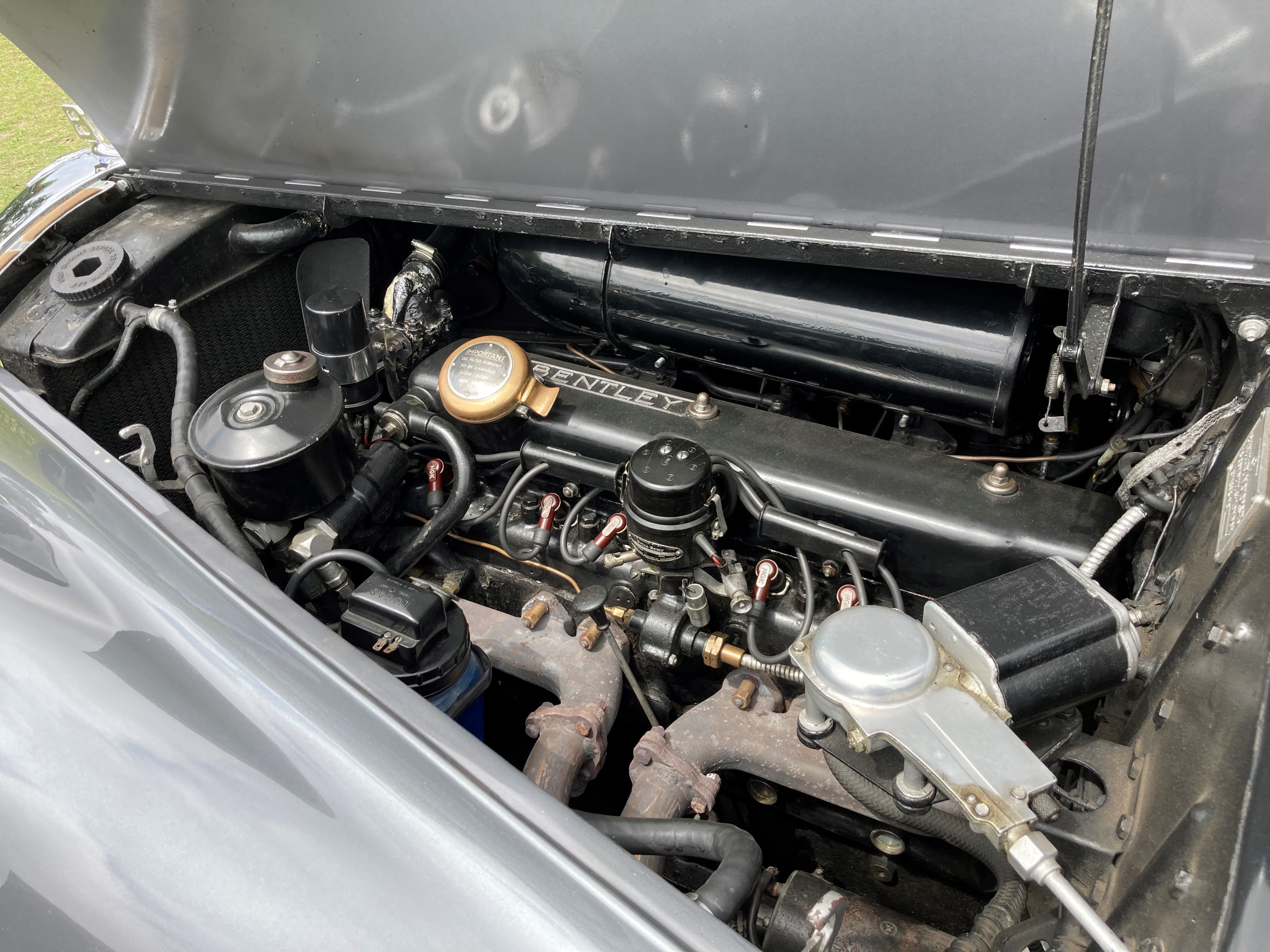 The tremendous success Bentley enjoyed with the R Type Continental continued onto the S Series chassis in late 1955 with a range of new bodies available to collectors. The Park Ward fixed head coupe was originally the brain child of legendary coachwork designer John Blatchley who had been largely responsible for the styling of the R Type Continental by H.J. Mulliner. Six R Type Continental chassis were delivered to the Park Ward works who were then owned by Rolls-Royce. Blatchley was given the task of styling the four drophead coupes and the two further fixed head coupes on the R Type Continental chassis, a design which was later slightly adapted for the marginally longer S1 Continental chassis. Chassis No BC67BG is one of just forty five examples built by Park Ward to Design No 701 in right hand drive on the S1 Continental chassis. It was originally completed in January of 1957, finished in shell grey and black with a red interior. It was supplied by P.J. Evans Ltd of Birmingham to its first owner Metal Products Co Ltd of Willenhall. It was retained by the first owner until December 1965 when sold to R.W McClaughlin and belonged to the following owners from this point onwards, Mr H Tildsley (January 1968) Mr F.N. Crabtree (March 1968) Mr J.D.Crabtree (August 1976) Mr J.J.Coventry (March 1993) Mr W.G.Marlow (May 1998) The car left Britain for the first time in September 2004 when purchased by Mr D.P. Sverneborn of Ranas in Sweden who kept the car until 2007 when he sent it back to London to be restored and then sold.

The car was re-finished at this time in Tudor grey with a new tan leather interior. An electric sunroof was also fitted at this time. The car was sold to Jennifer Lemos of London who kept it for a year and sold it in July 2008 to a Bentley collector in Lincolnshire. In 2010 said collector traded BC67BG with another S1 Continental Frank Dale & Stepsons had in stock at the time. Following our acquisition of the car, we re-painted the lower half in black pearl and mechanically prepared the car for sale, supplying it in October of 2010. Since this point, the car has returned to us each springtime for servicing and further improvements as and where the current owner requested them. Works over the past eight years have included a gearbox overhaul, suspension overhaul, brake overhaul, instillation of an upgraded universal joint to the prop shaft for added smoothness and the fitting of under dashboard LED lights which are activated when the interior lights are illuminated. Chassis No BC67BG comes complete with an extensive history file, copy chassis cards, tools and is freshly serviced and prepared for the next fortunate owner.