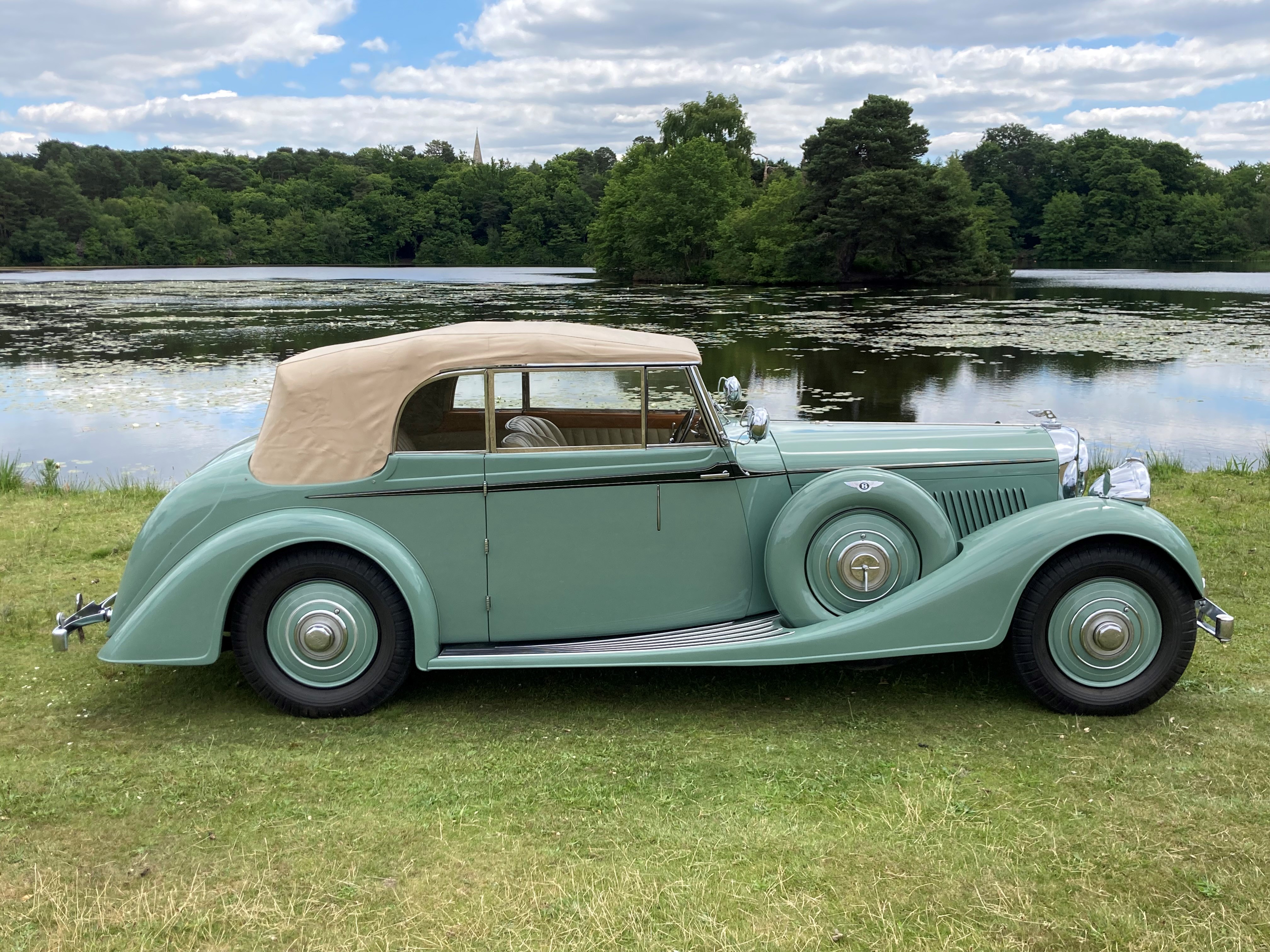 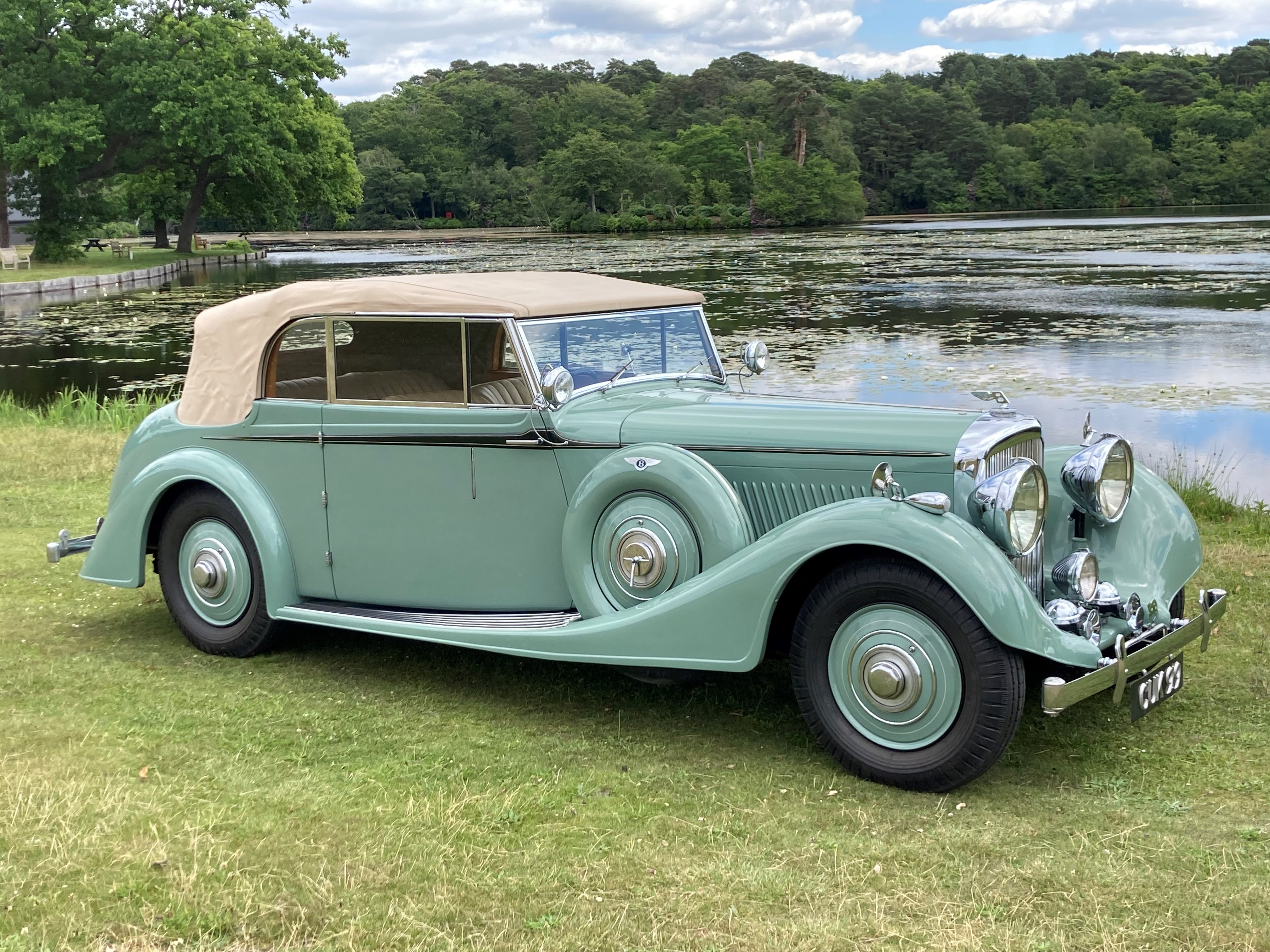 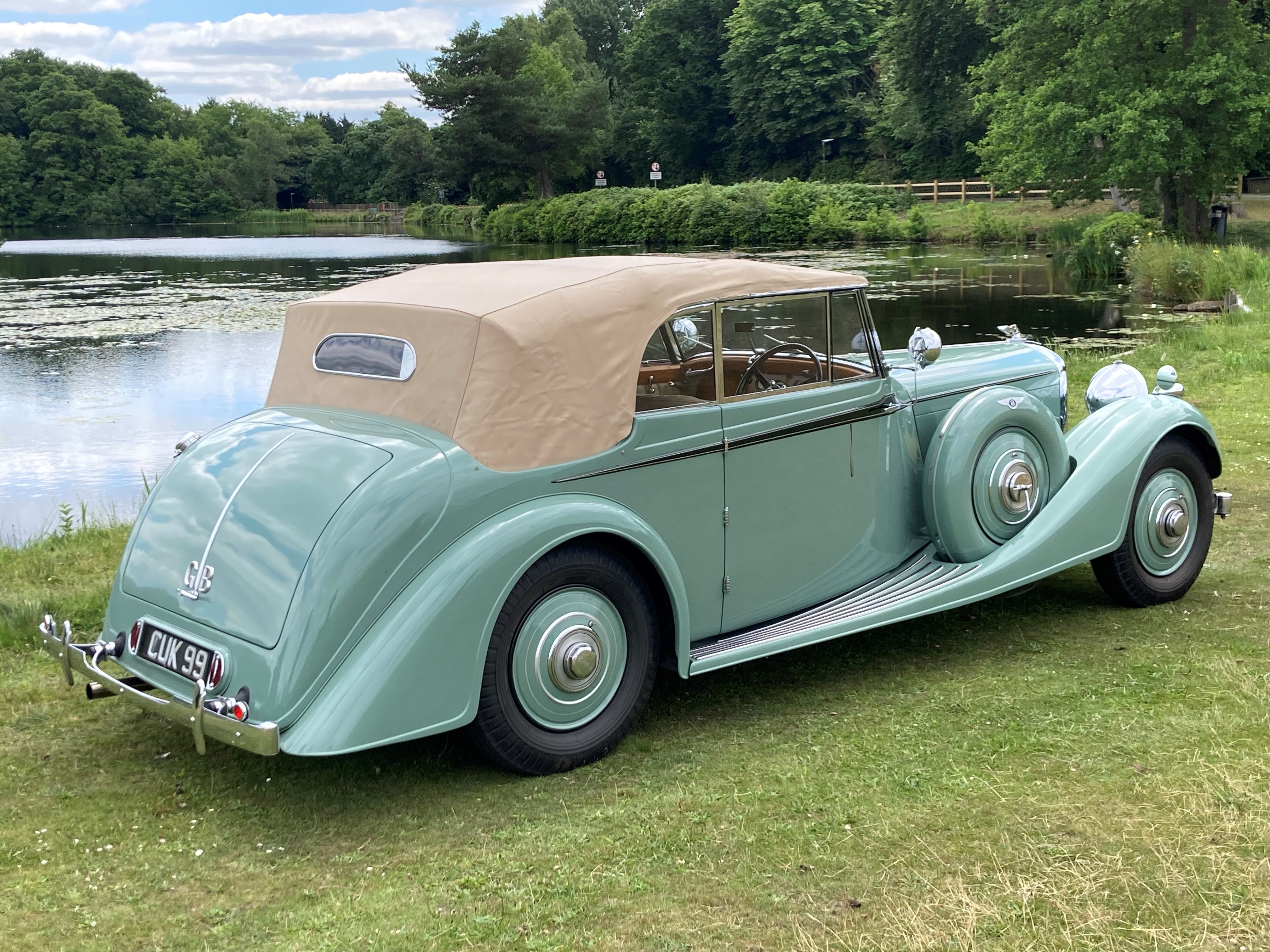 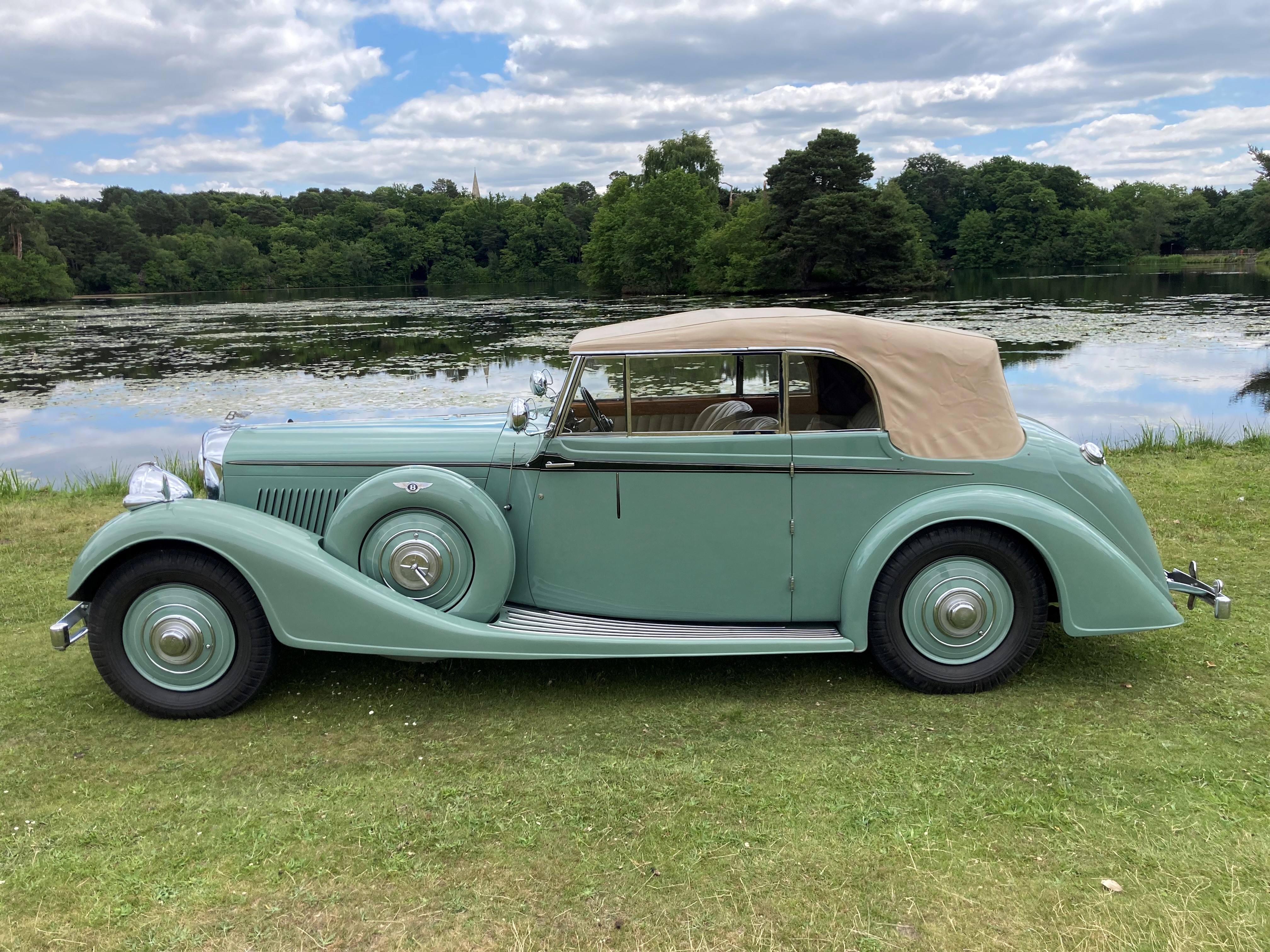 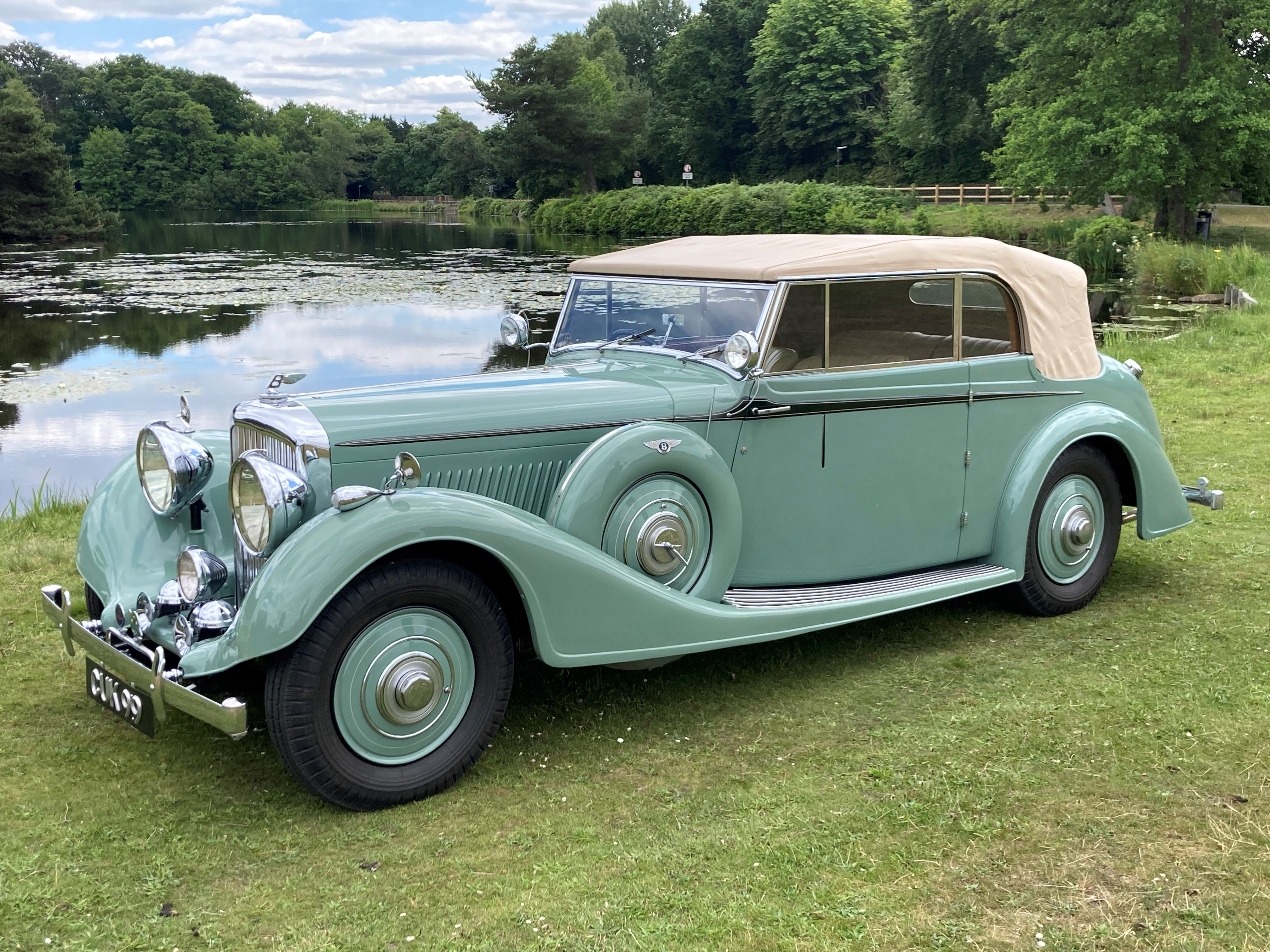 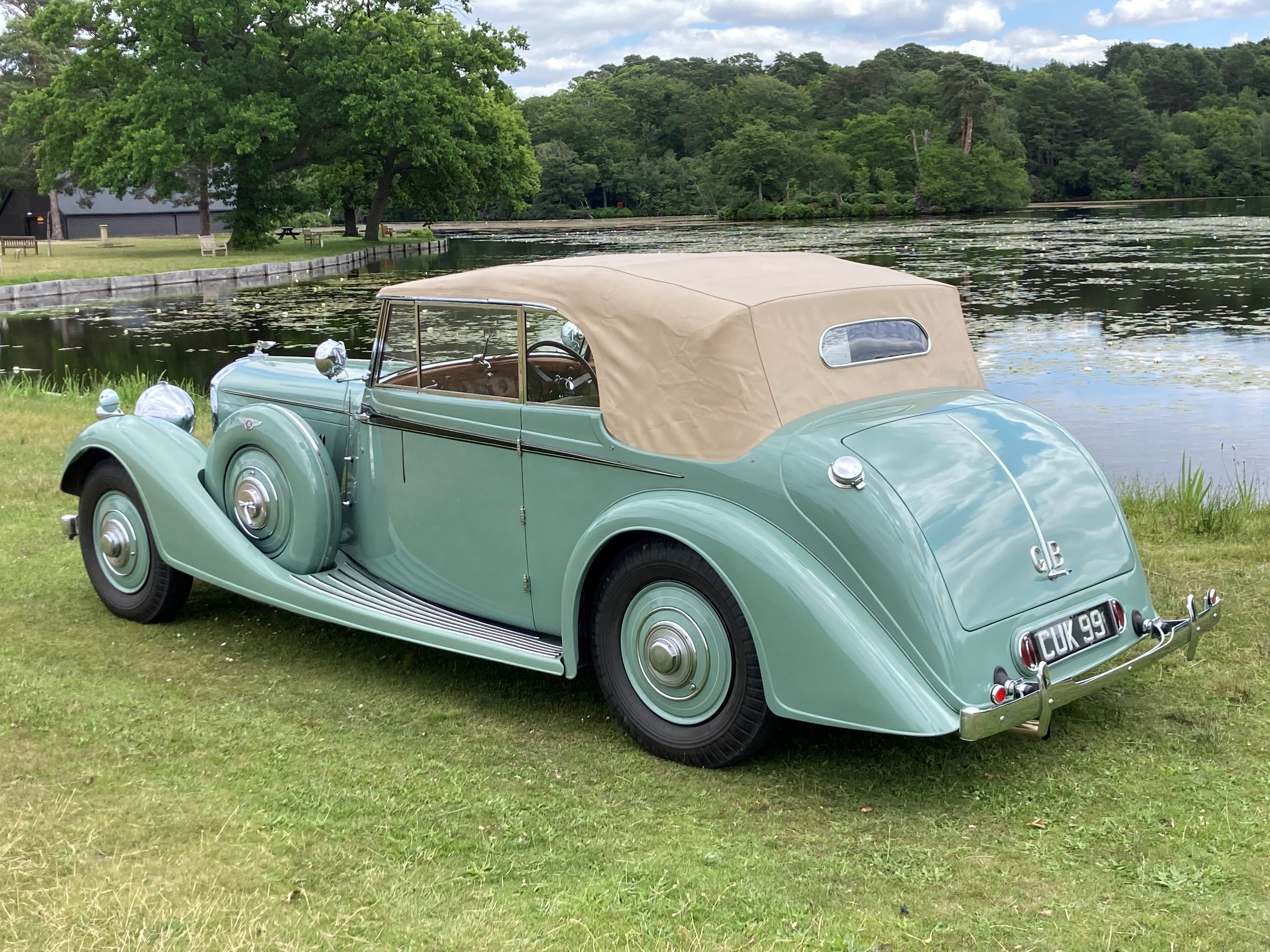 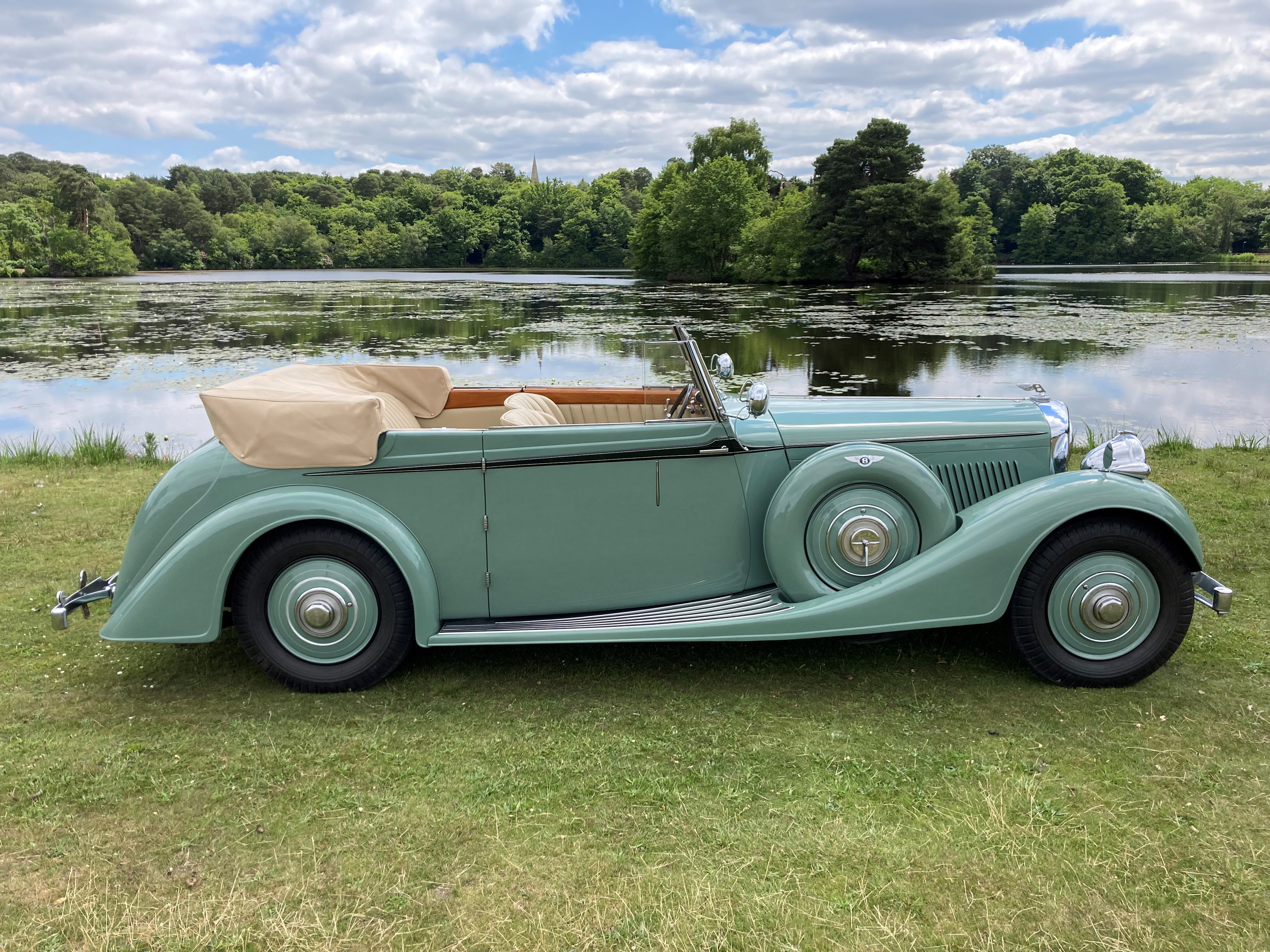 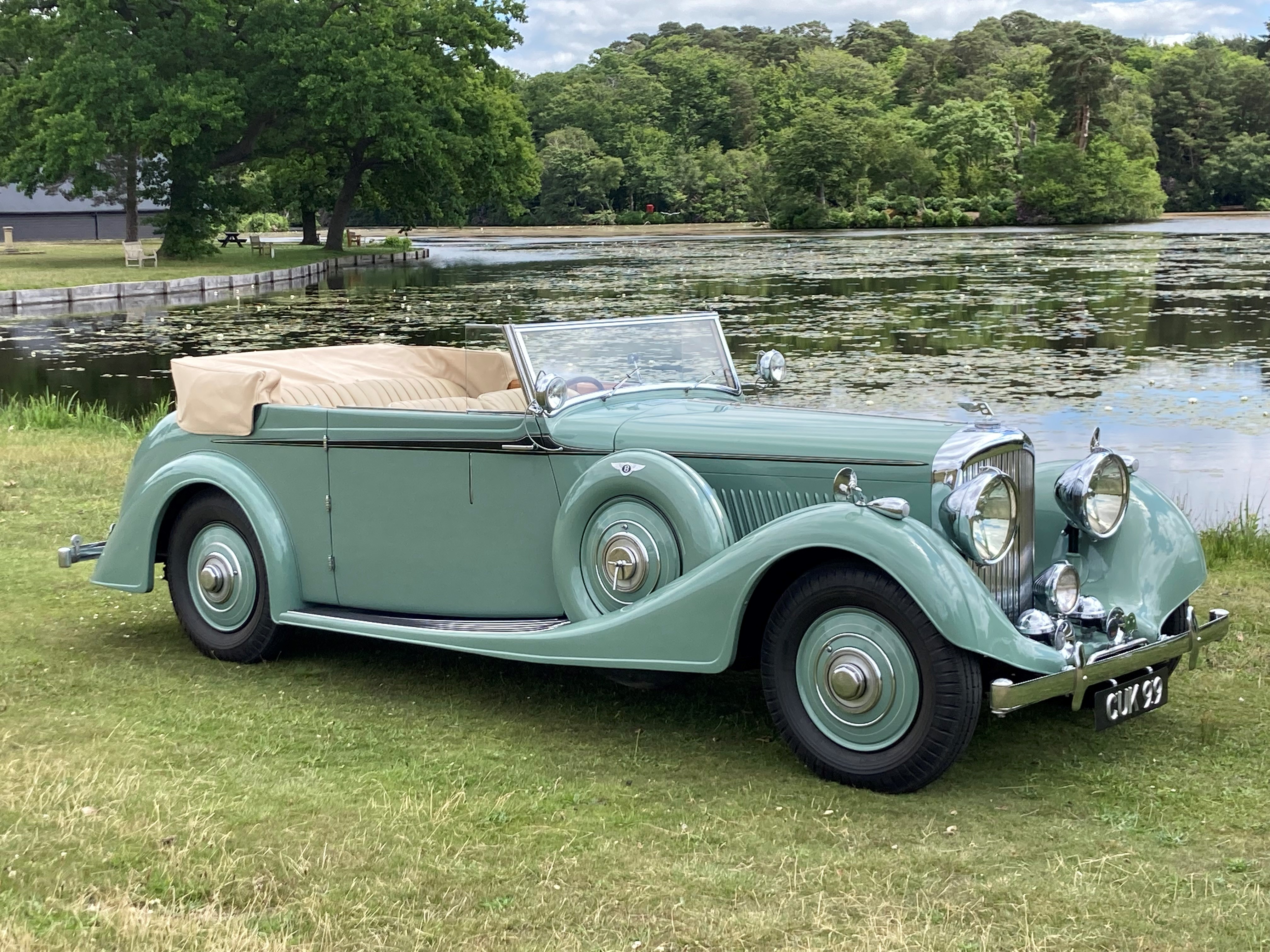 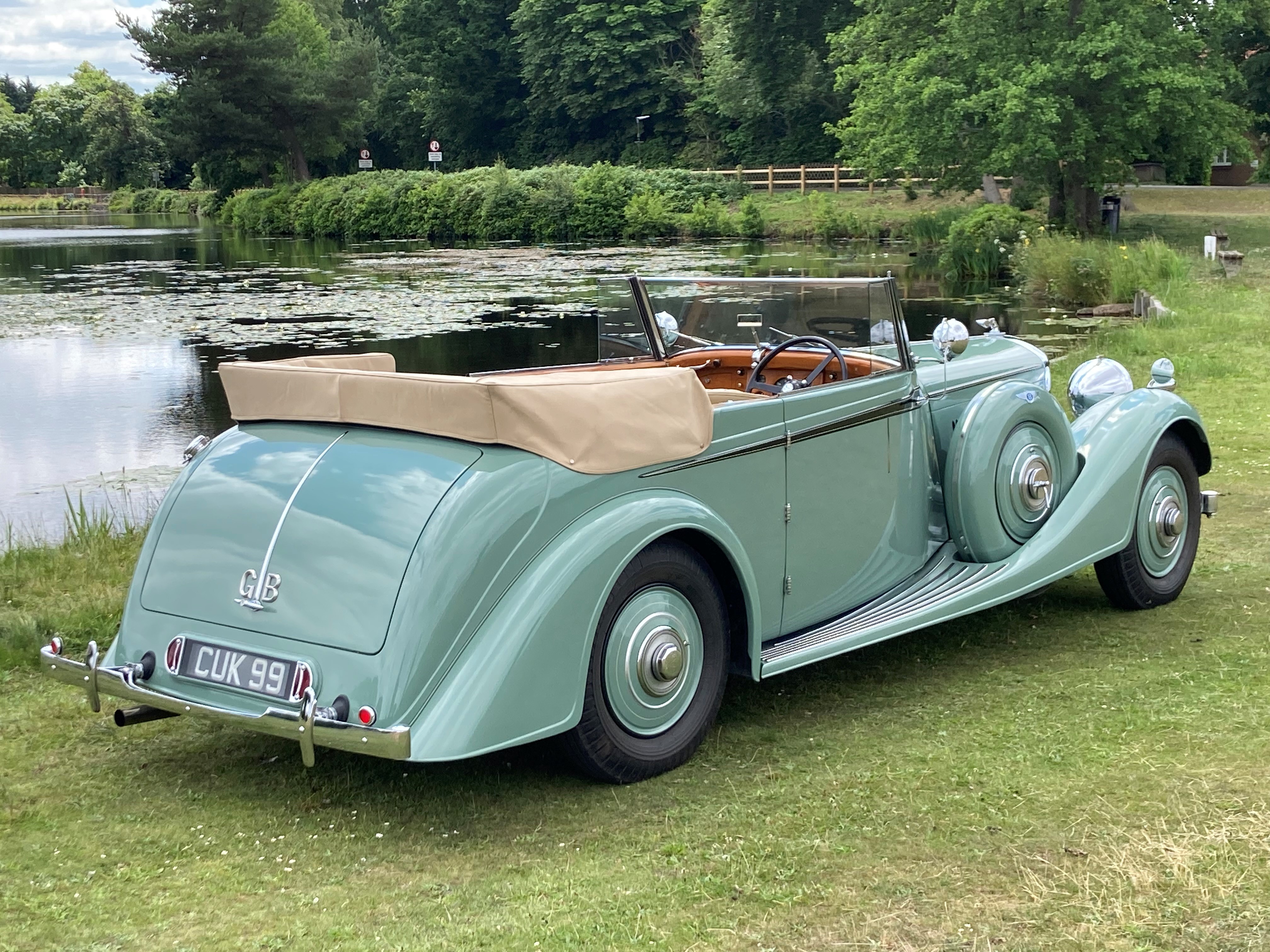 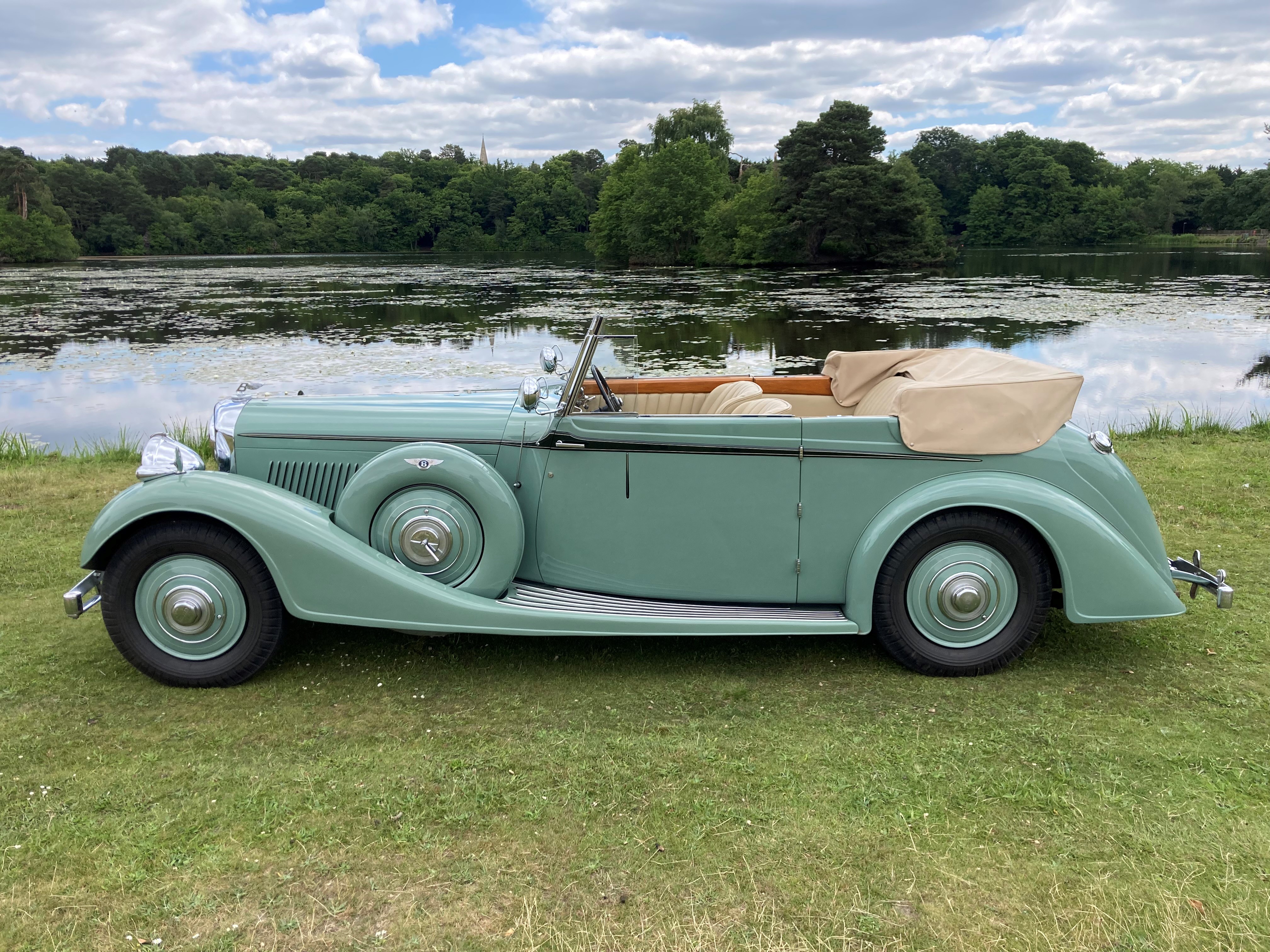 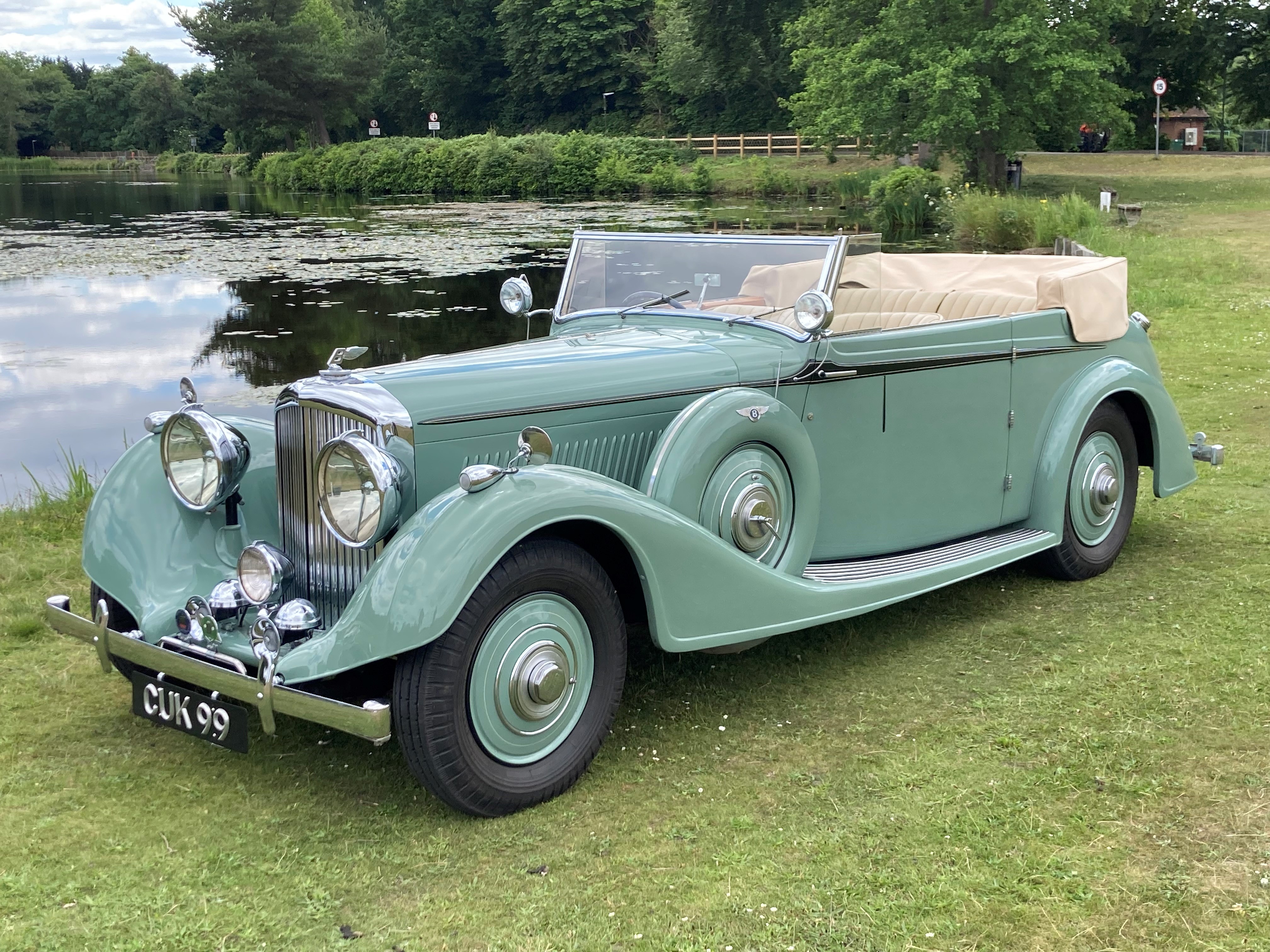 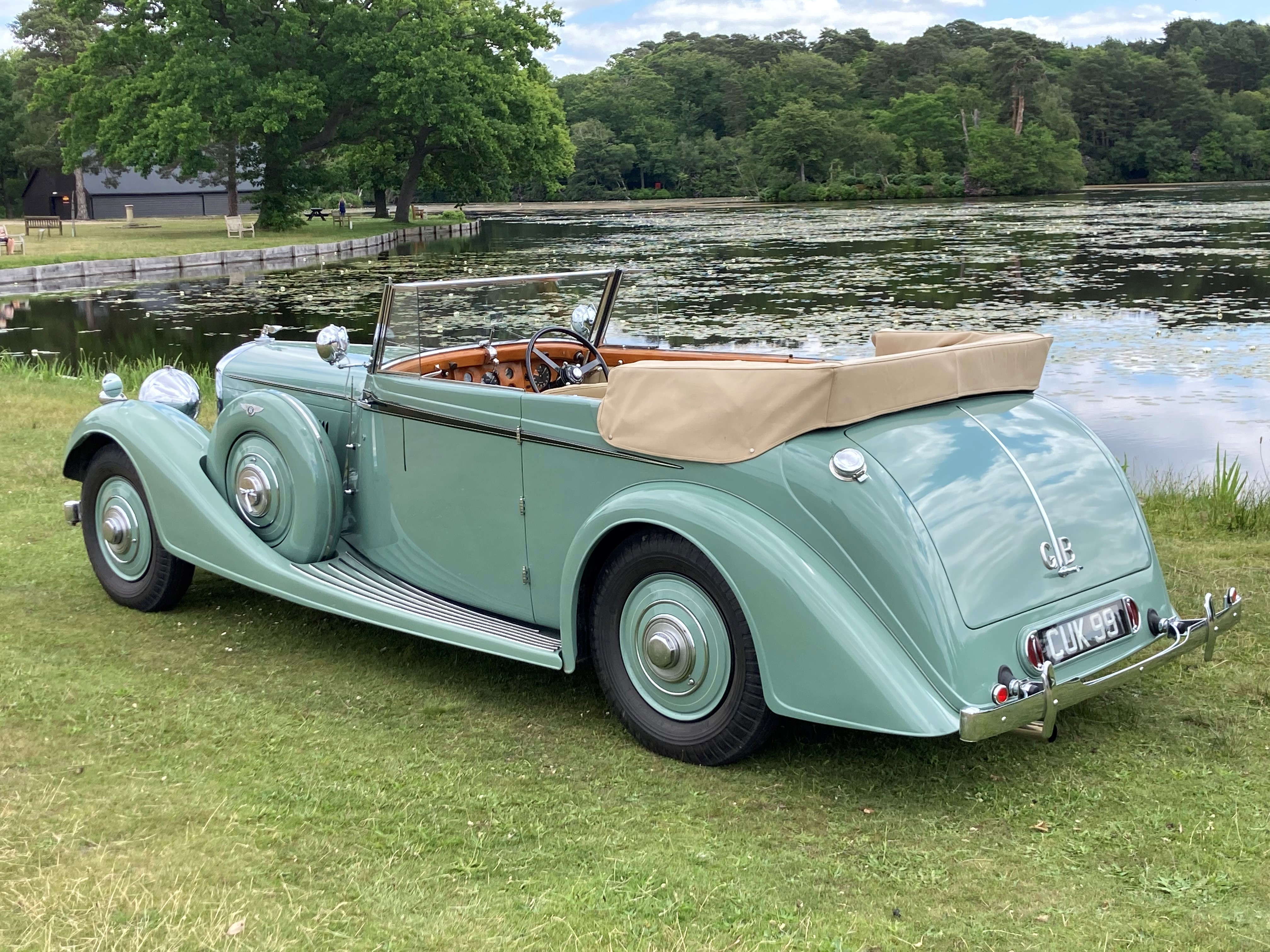 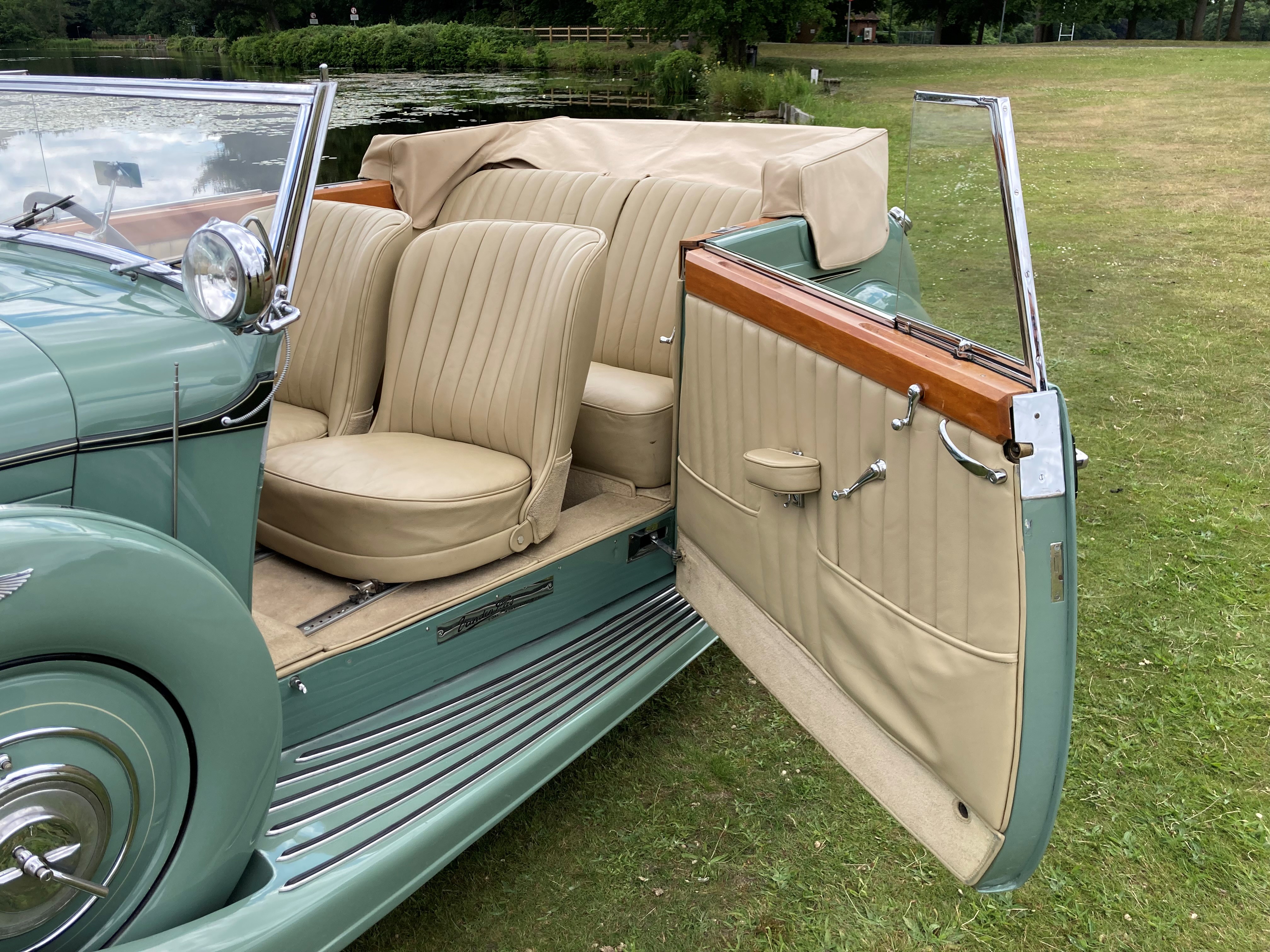 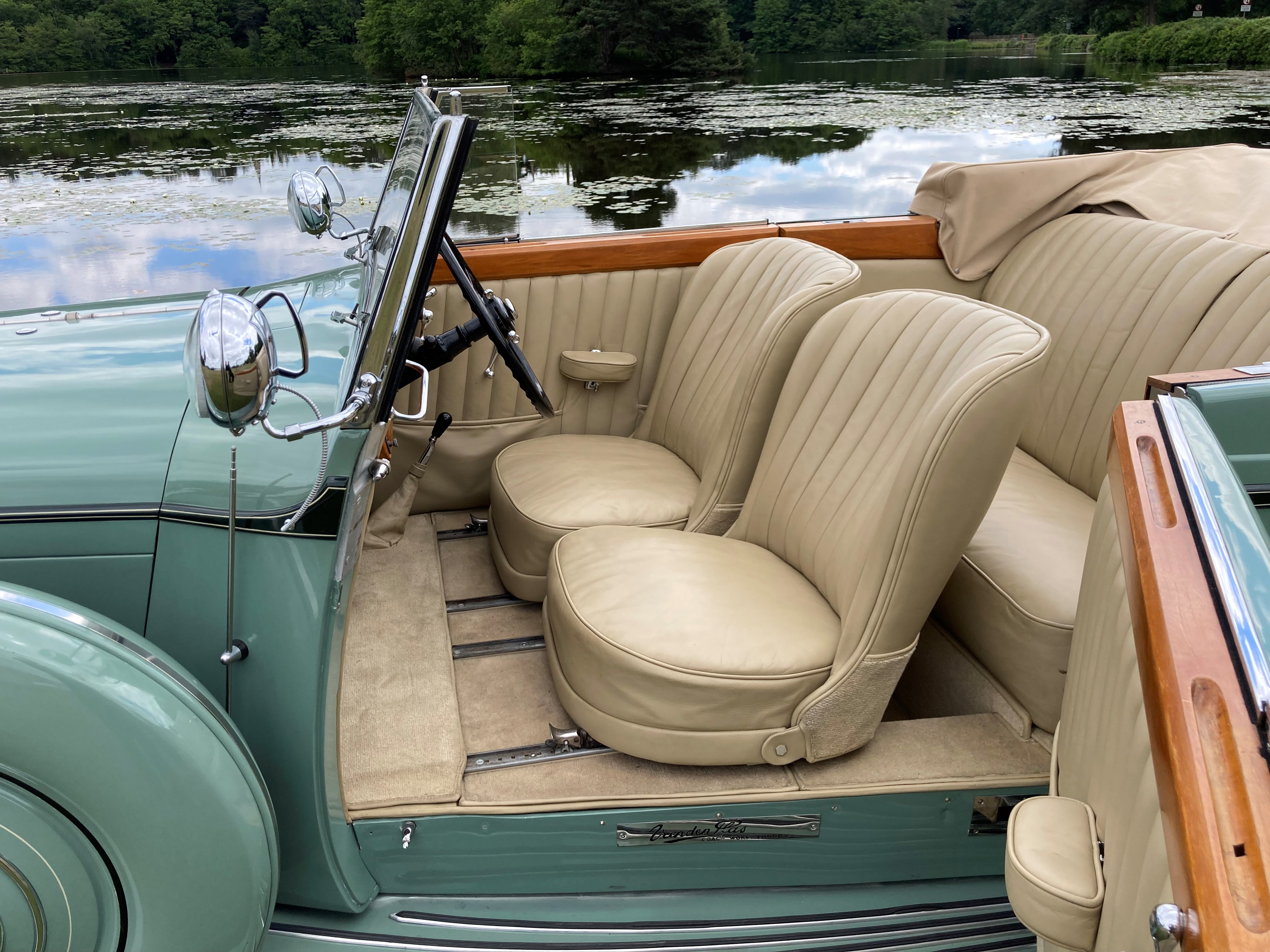 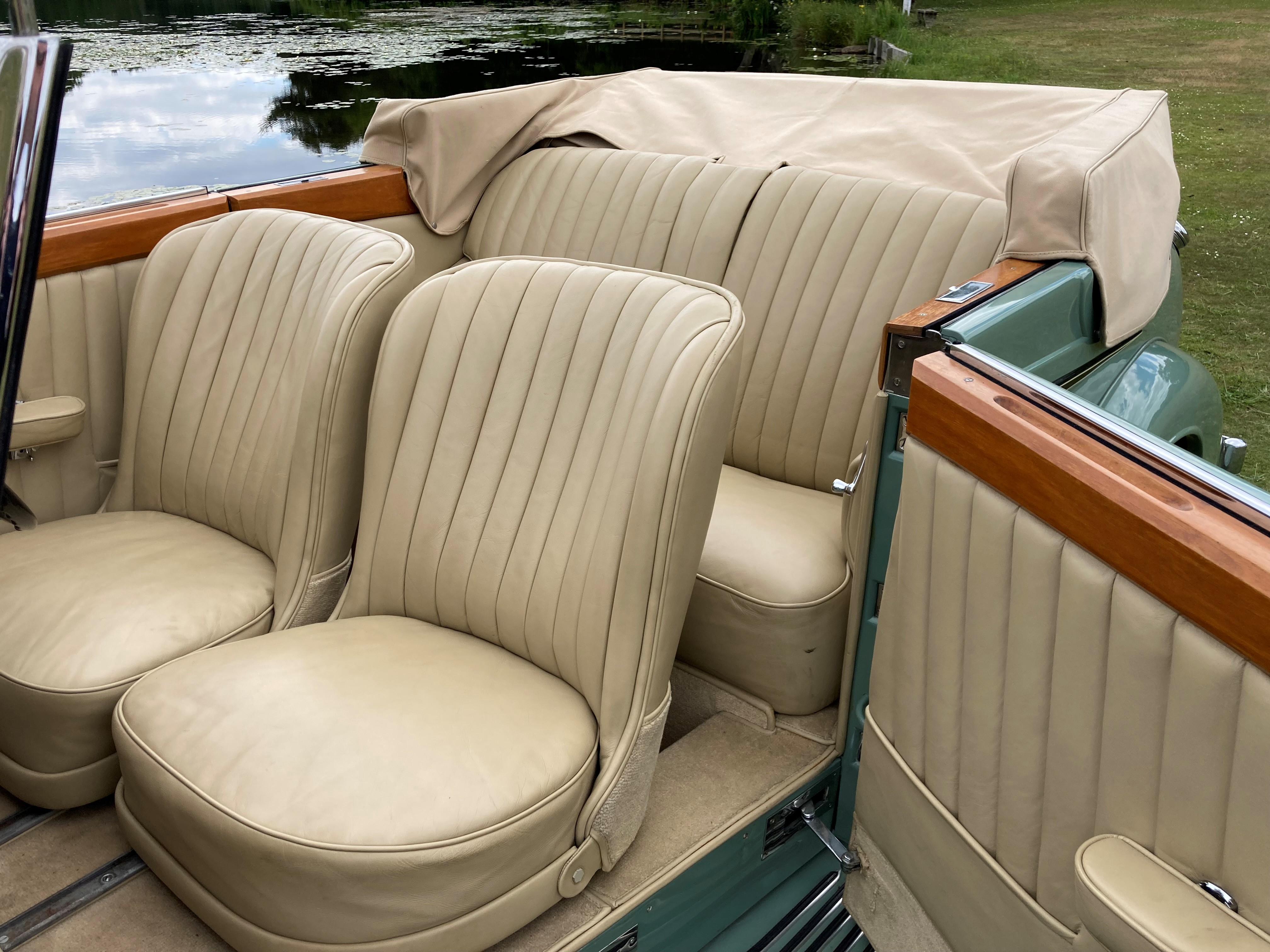 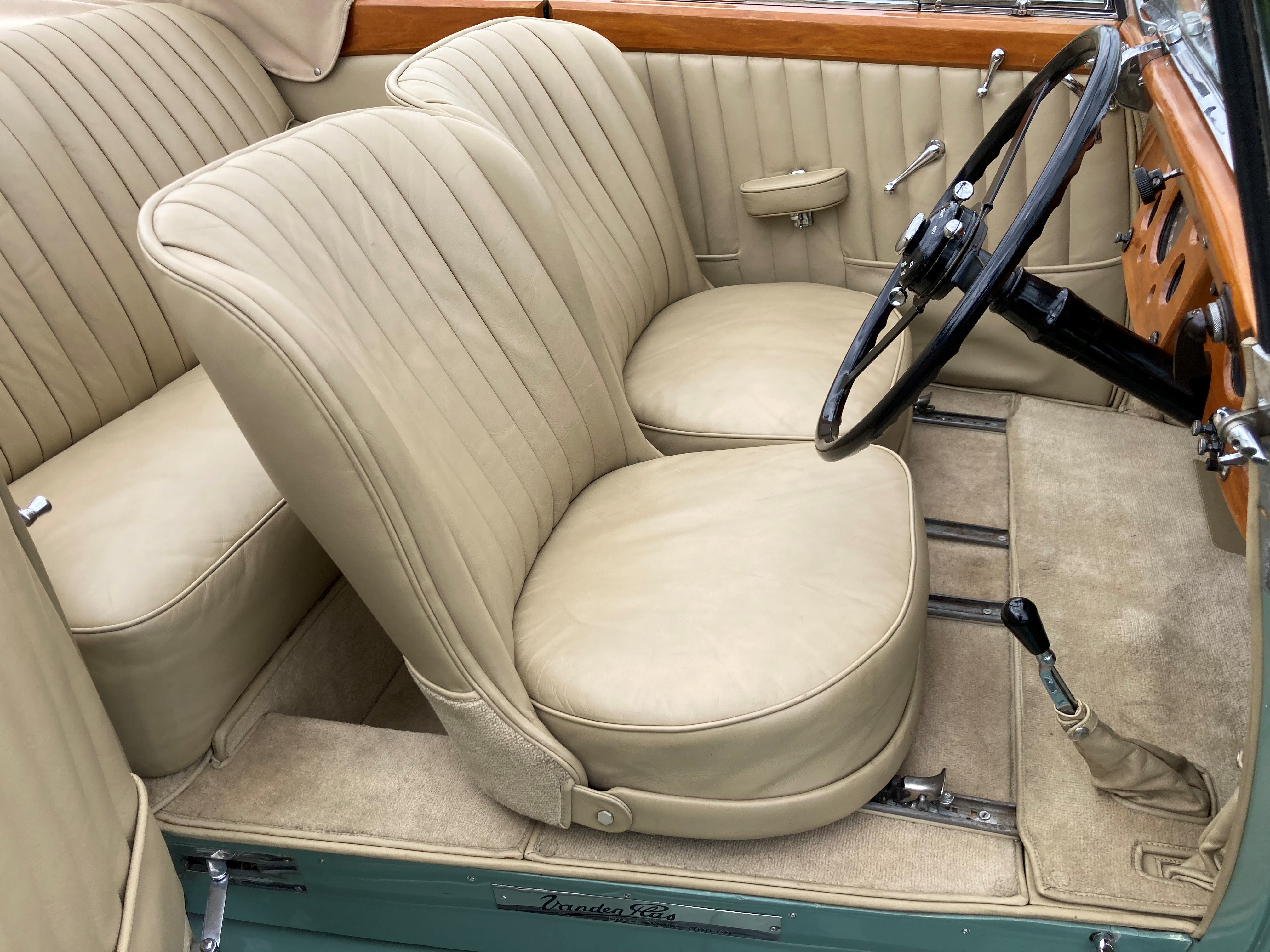 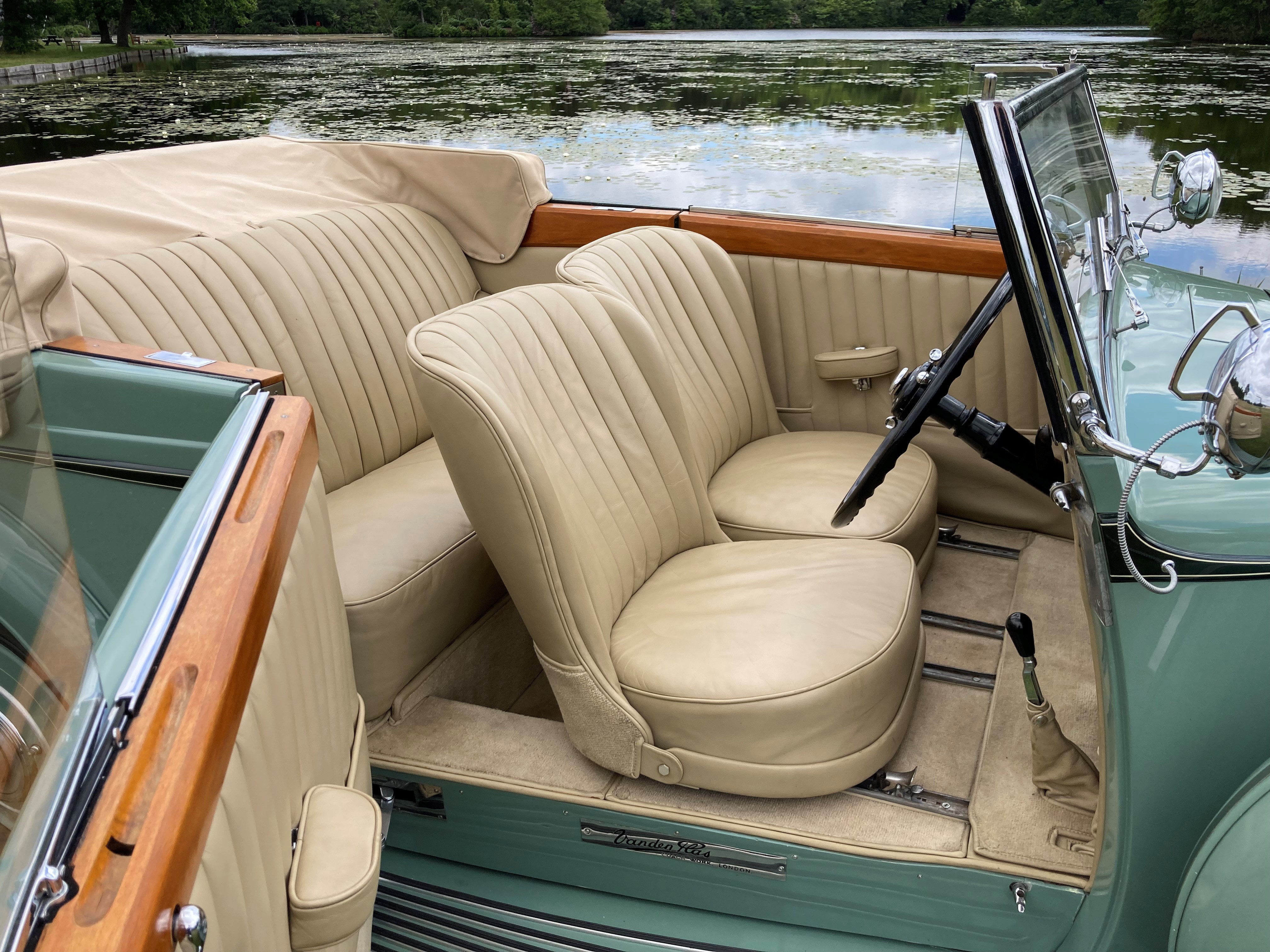 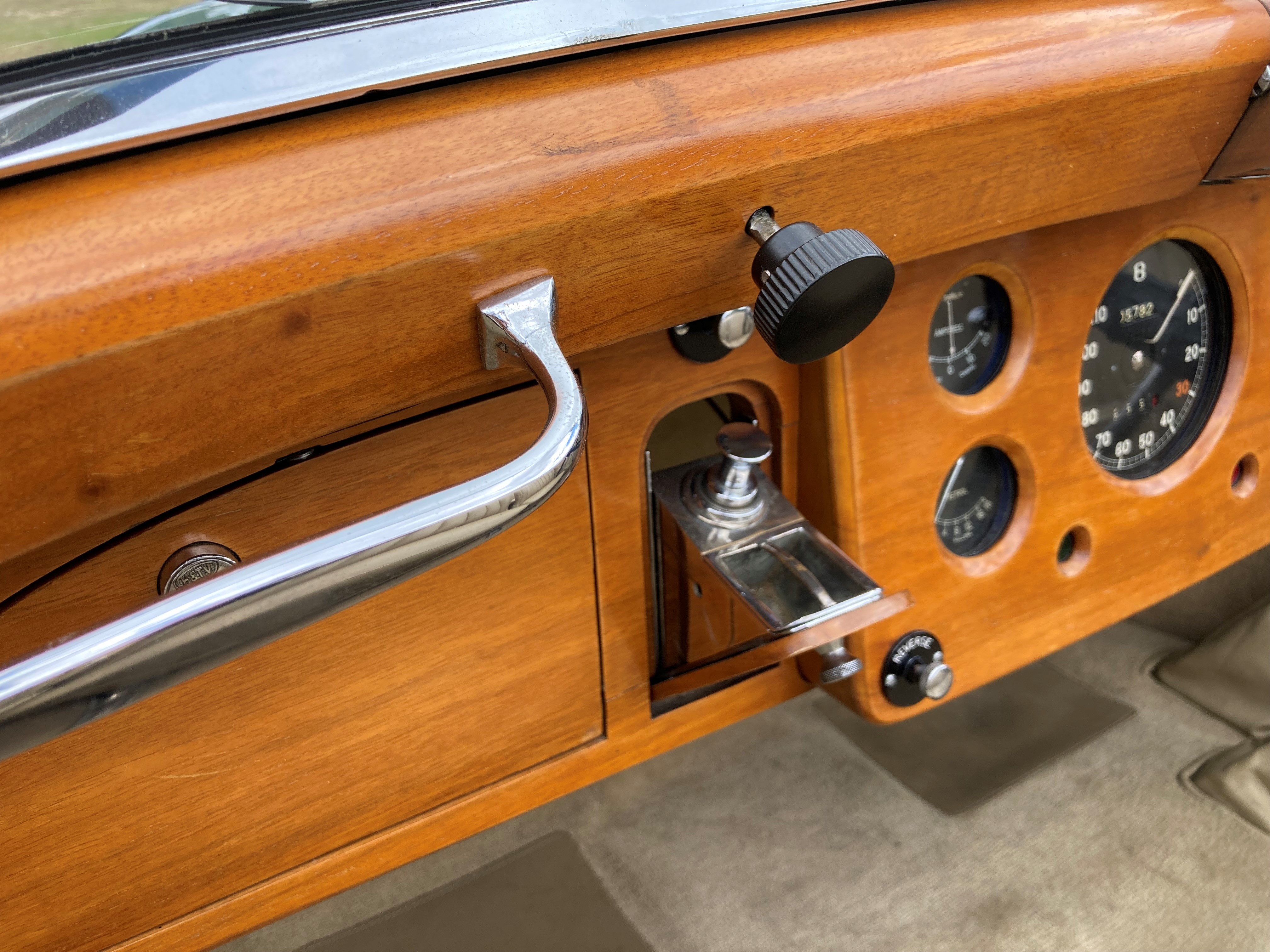 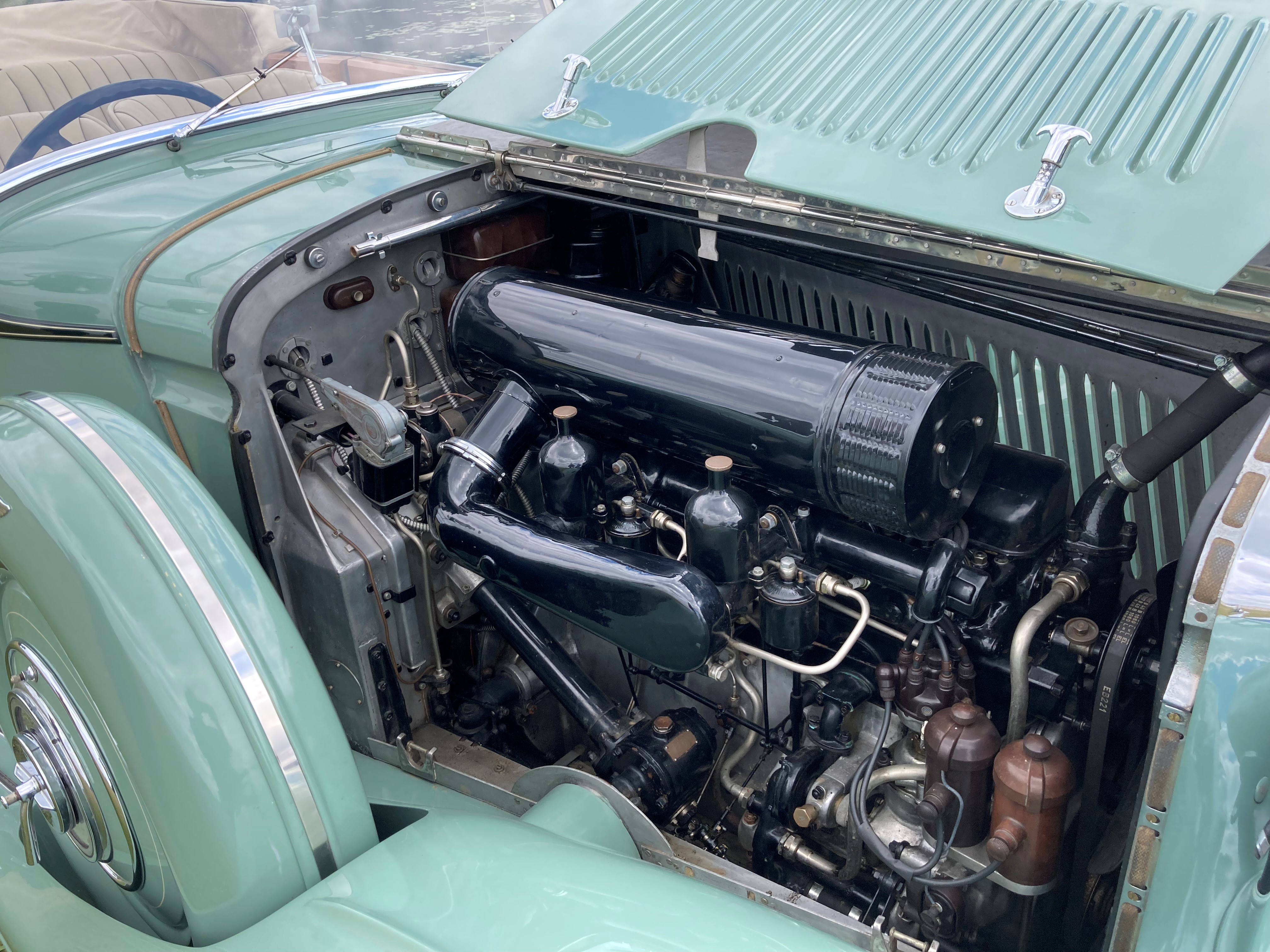 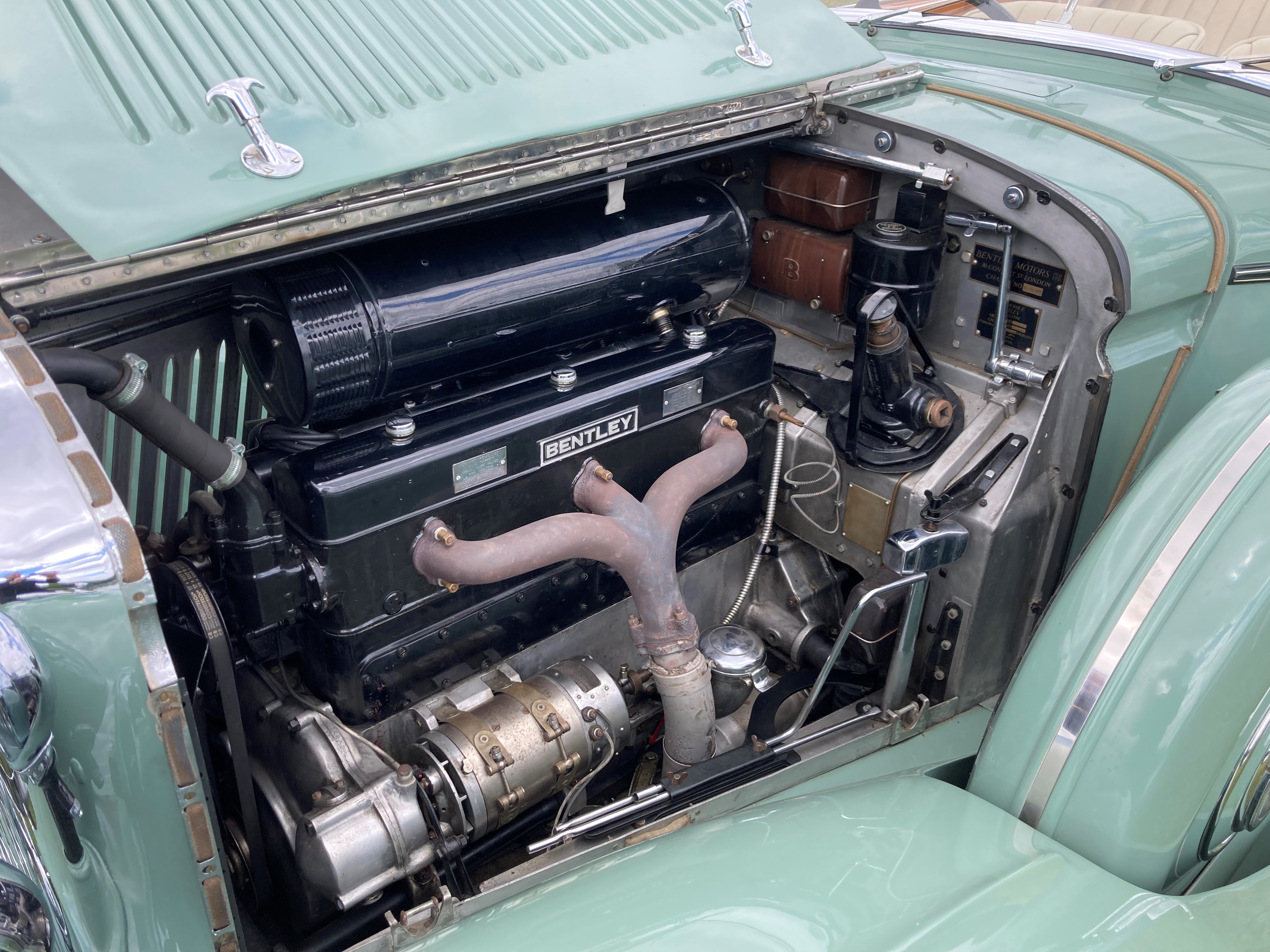 During the late 1920s and early 1930s Bentley ran into grave financial trouble and by 1931 Rolls-Royce had stepped in and bought the assets and goodwill of the defunct company and formed a new one, Bentley Motors (1931) Ltd. Rolls-Royce had considered the Bentley marque to be a growing threat to their future success, but following their purchase decided to continue the Bentley name, albeit under their own stewardship, taking the company in an entirely new direction with the creation of the Silent Sports Car or Derby Bentley. In 1933 the new Bentley 3.5 Litre model was released and was an instant success. The combination of effortless power and style met with almost universal praise. It was powered by a developed twin carburettor version of Rolls-Royces own 20/25 model and was installed in a low 126-inch wheel base chassis that basically remained unaltered until the cessation of production in 1939 due to the outbreak of hostilities. Synchromesh was present on third and fourth gears and the Derby’s were fitted with a cross flow cylinder head and superb servo assisted brakes, encapsulating all of the perfection of Rolls-Royce engineering in this small sporting Bentley. Fitting of individual coachwork by approved body builders continued in true Rolls-Royce fashion giving potential buyers a great deal of choice in the look of their new motorcar.

Chassis No B76MR is one of two cars built to Design No 1581 by Vanden Plas on the overdrive chassis. This particular car was exhibited at both the Brussels and Geneva motor shows in 1939, whilst the sister car Chassis No B42MR was shown at the London Motor Show the previous year. B76MR was originally completed in metallic brown with a fawn leather interior and delivered to its first owner, Mr Claude Napier Taylor who retained the car until 1960. Mr John Williams owned B76MR until 1963 when it became the property of Mr David Mico who kept the car until his passing in 2002. Mr Mico had the car restored over a seven-year period between 1995 and 2002, using a number of respected companies to carry out various aspects of the work which included an engine and gearbox overhaul, chassis overhaul, ash frame and coachwork restoration and a full re-trim.

The car was acquired by the present family in 2005 and has since undergone further works to keep it in top condition. This beautiful overdrive Derby Bentley comes complete with its original log book and an extensive history file with chassis cards and photos and invoices documenting the works it has benefitted from over the past three decades.