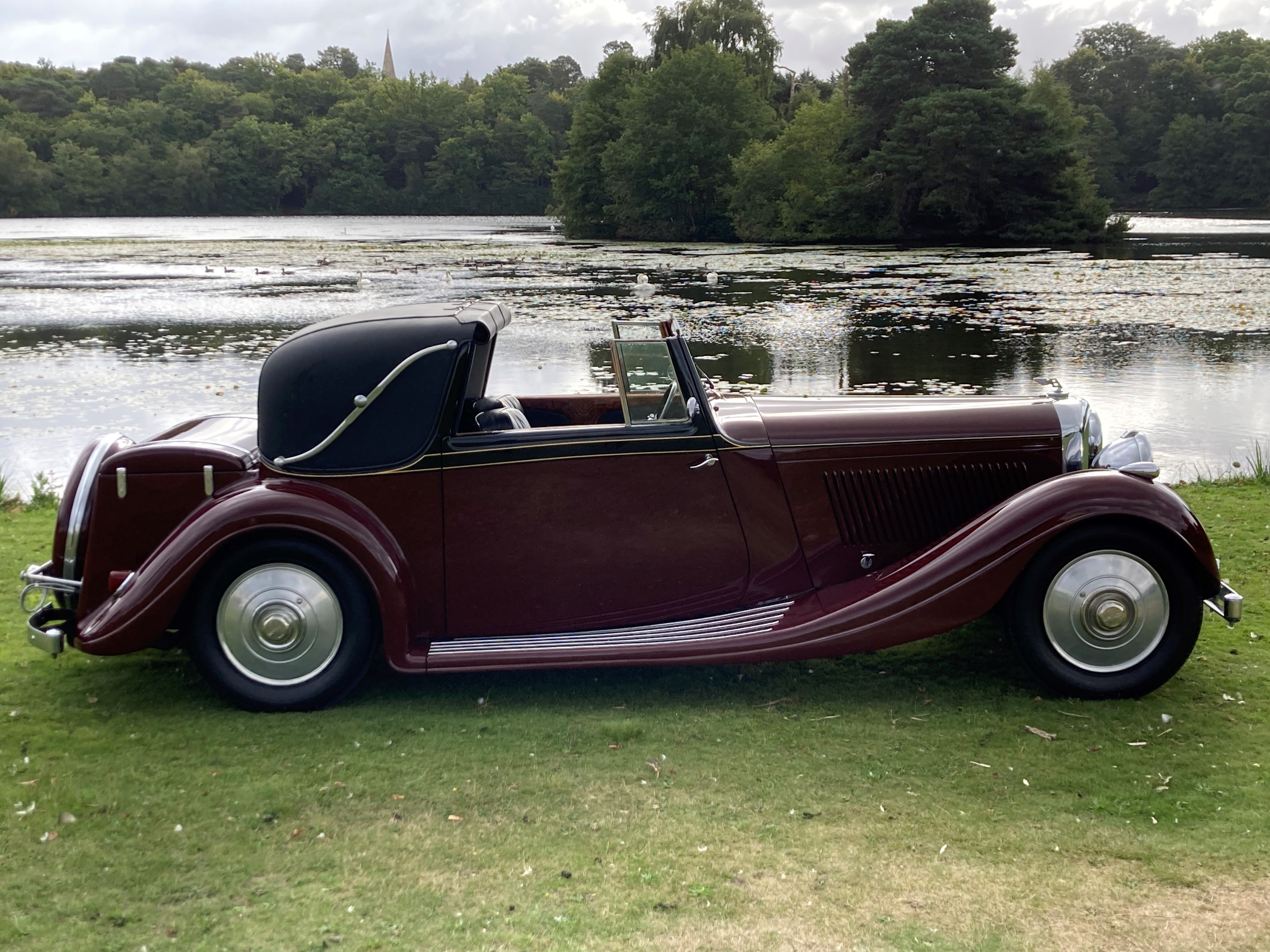 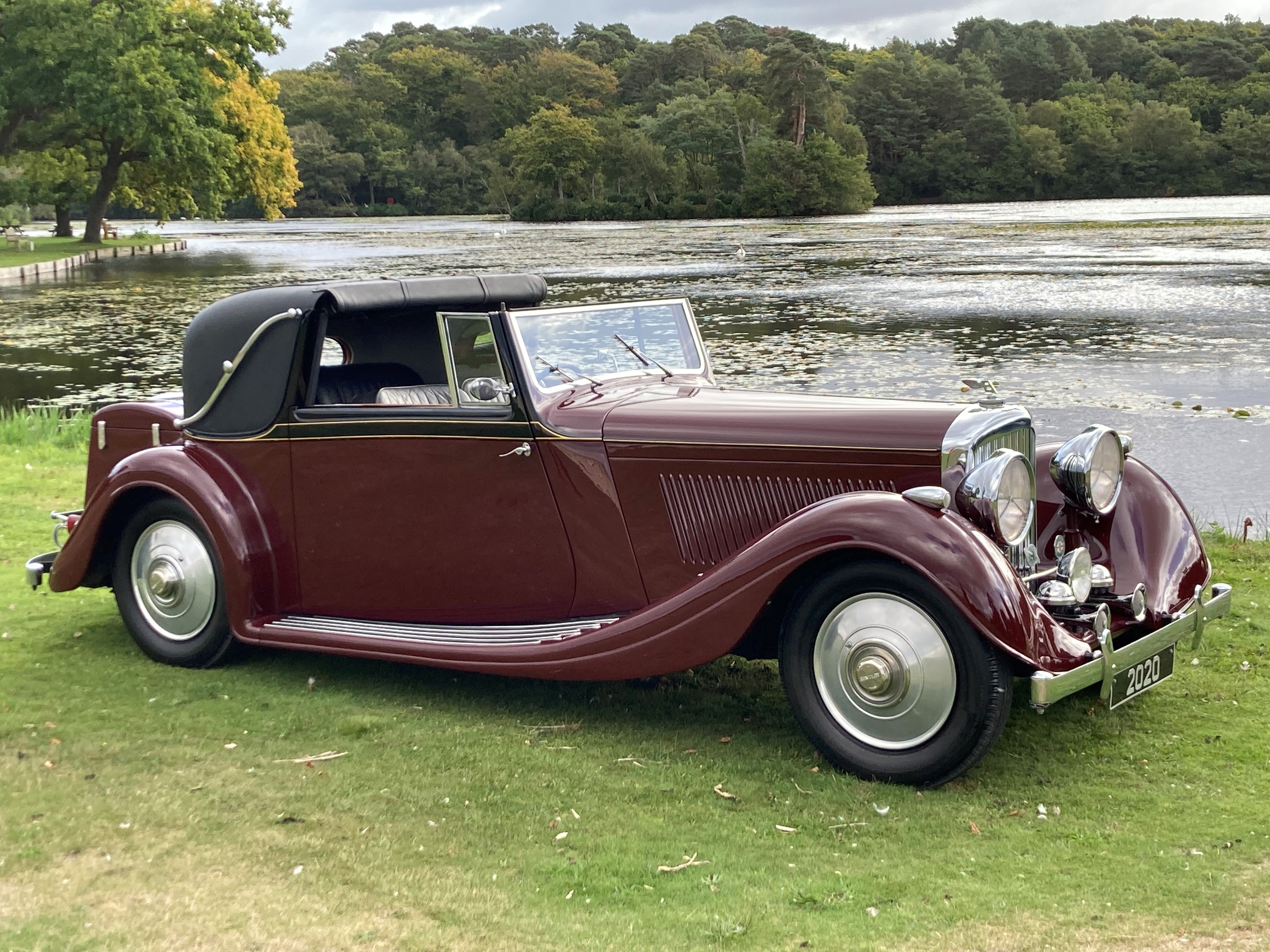 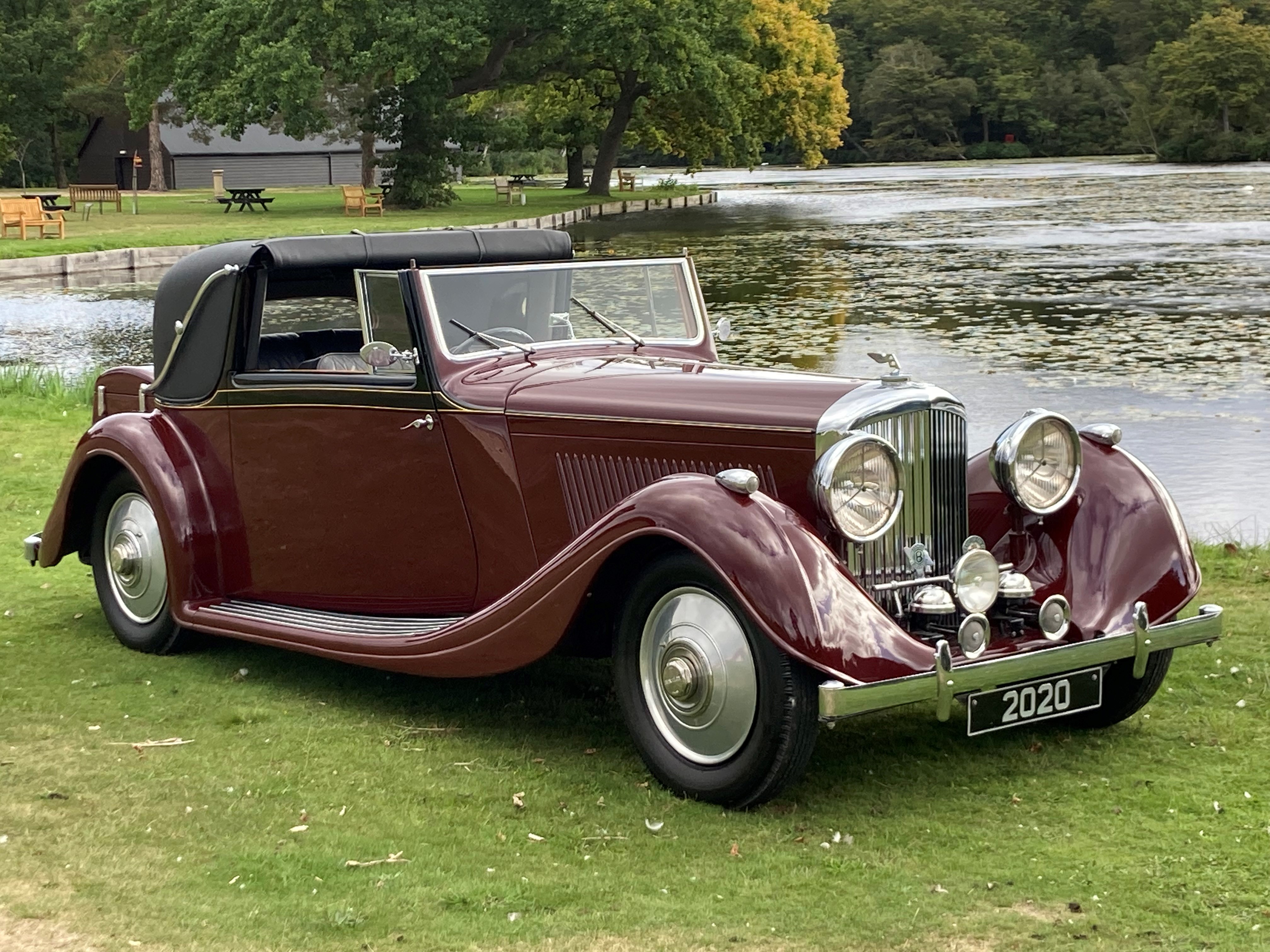 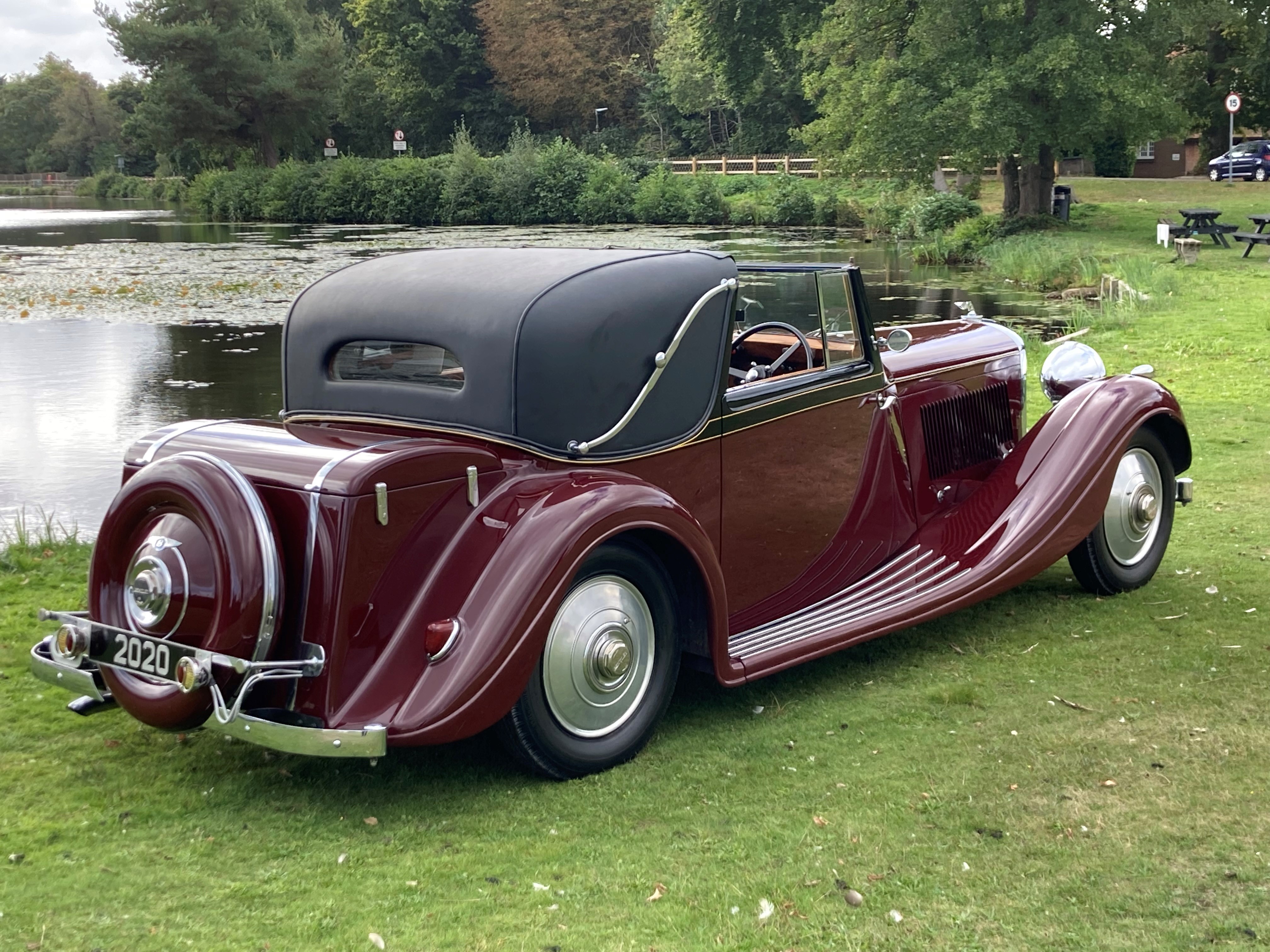 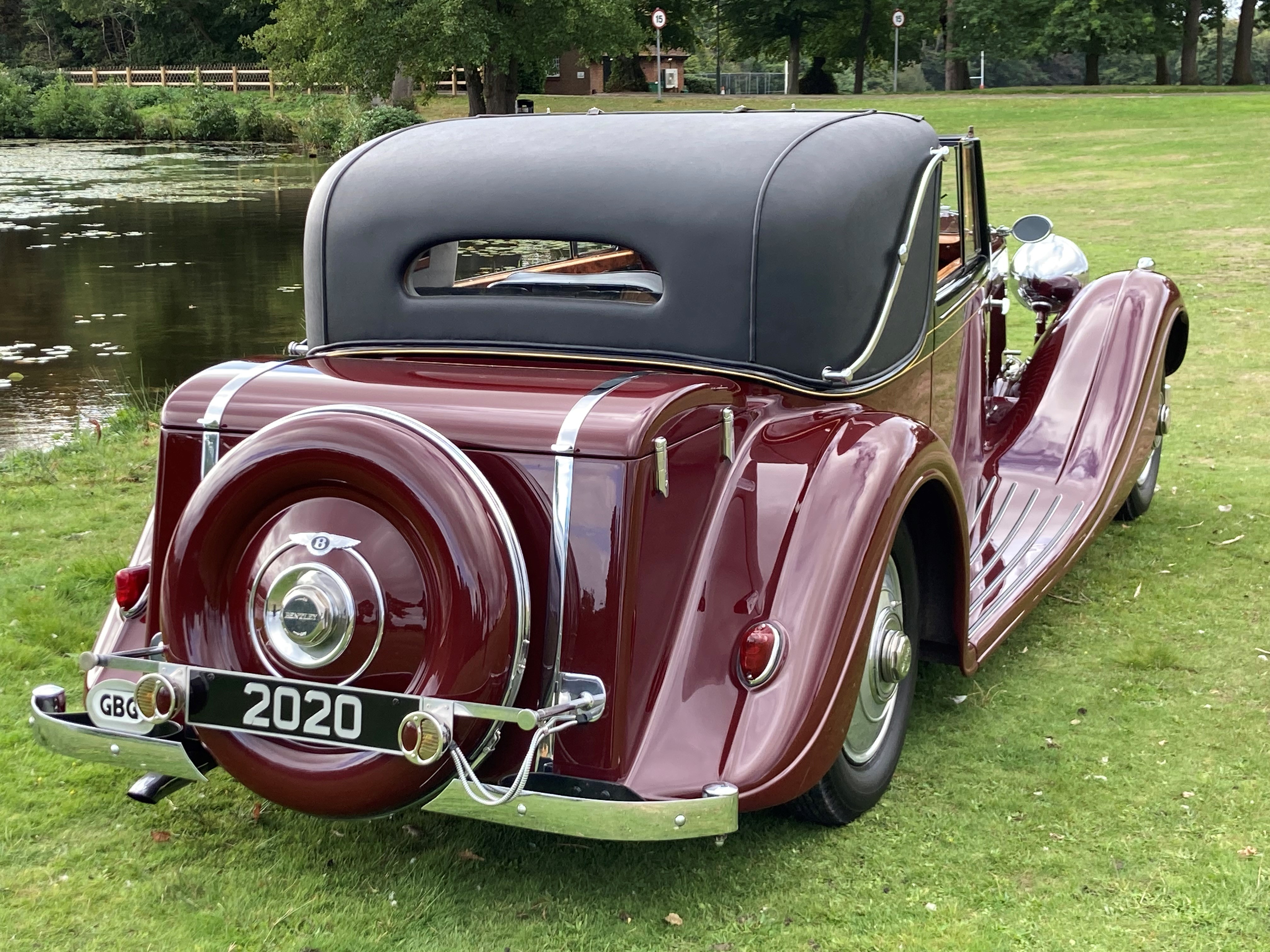 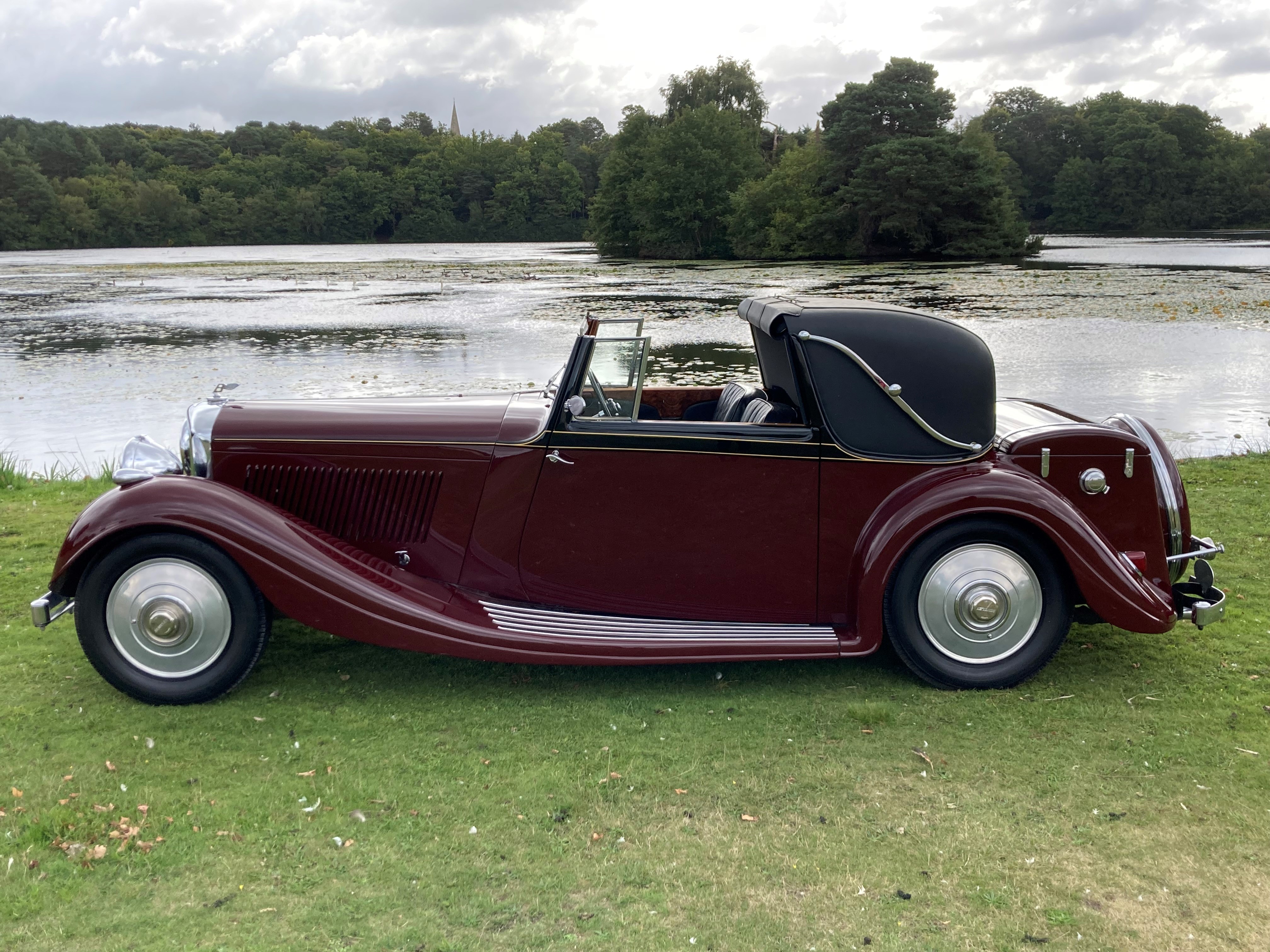 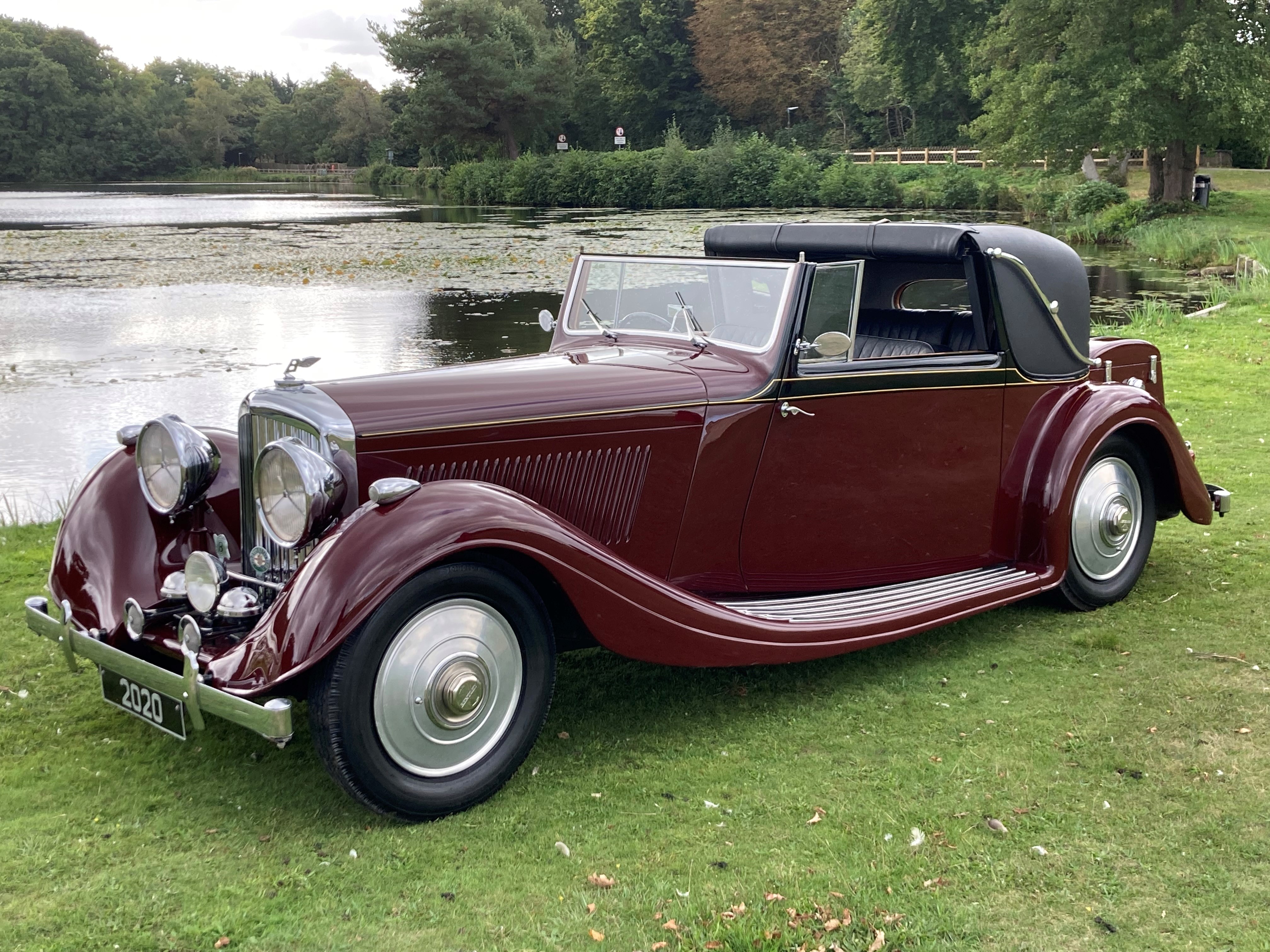 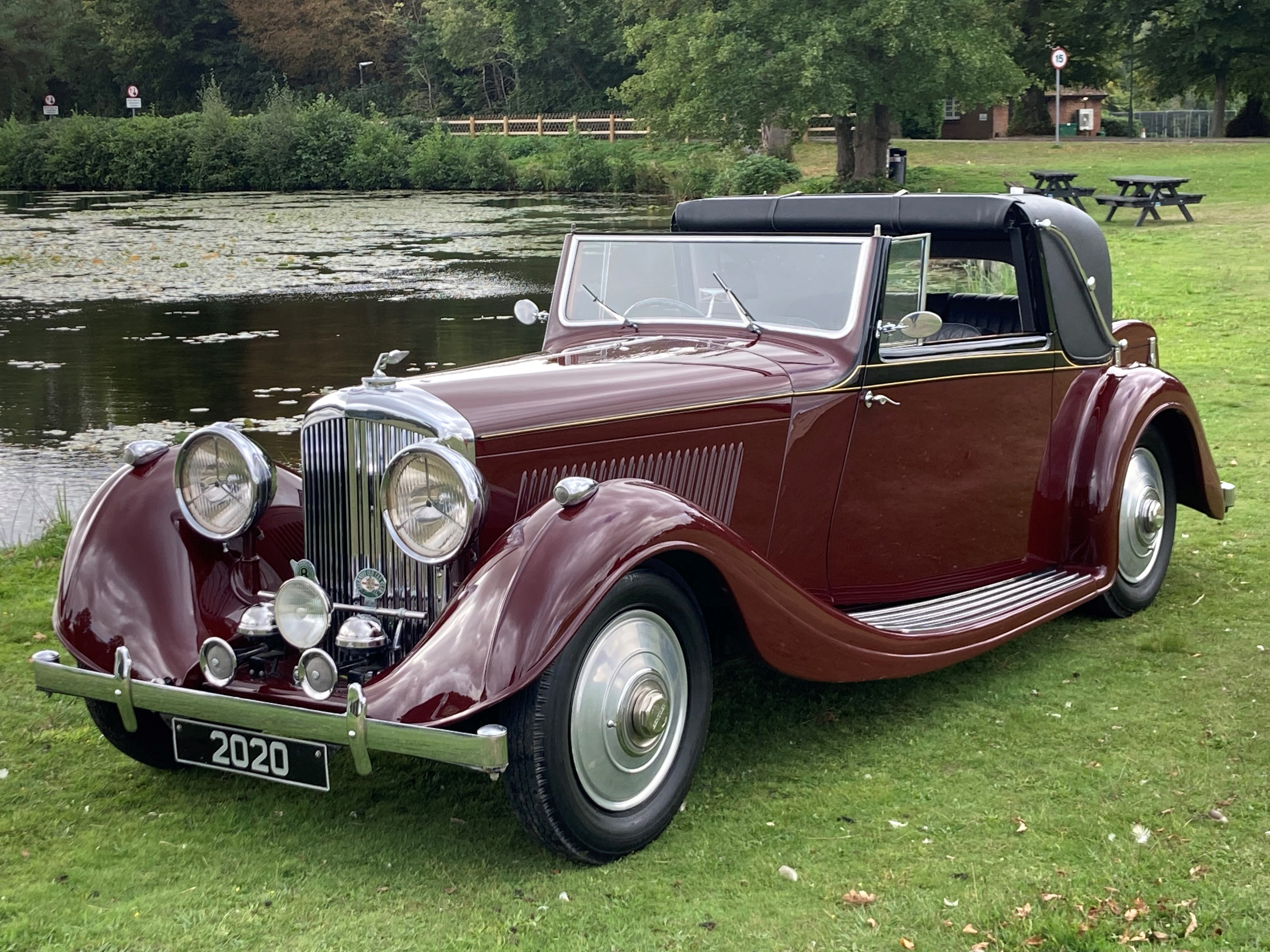 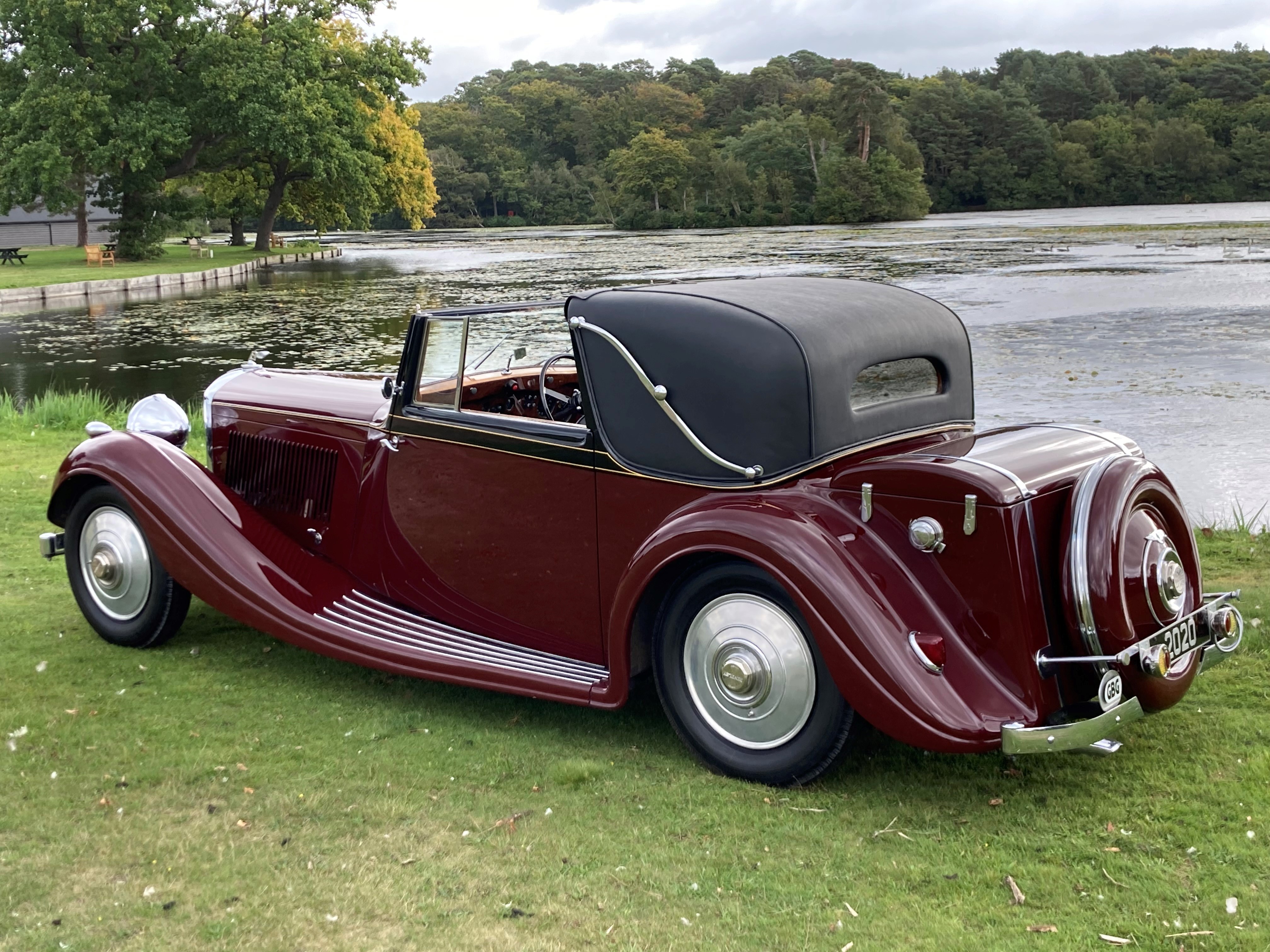 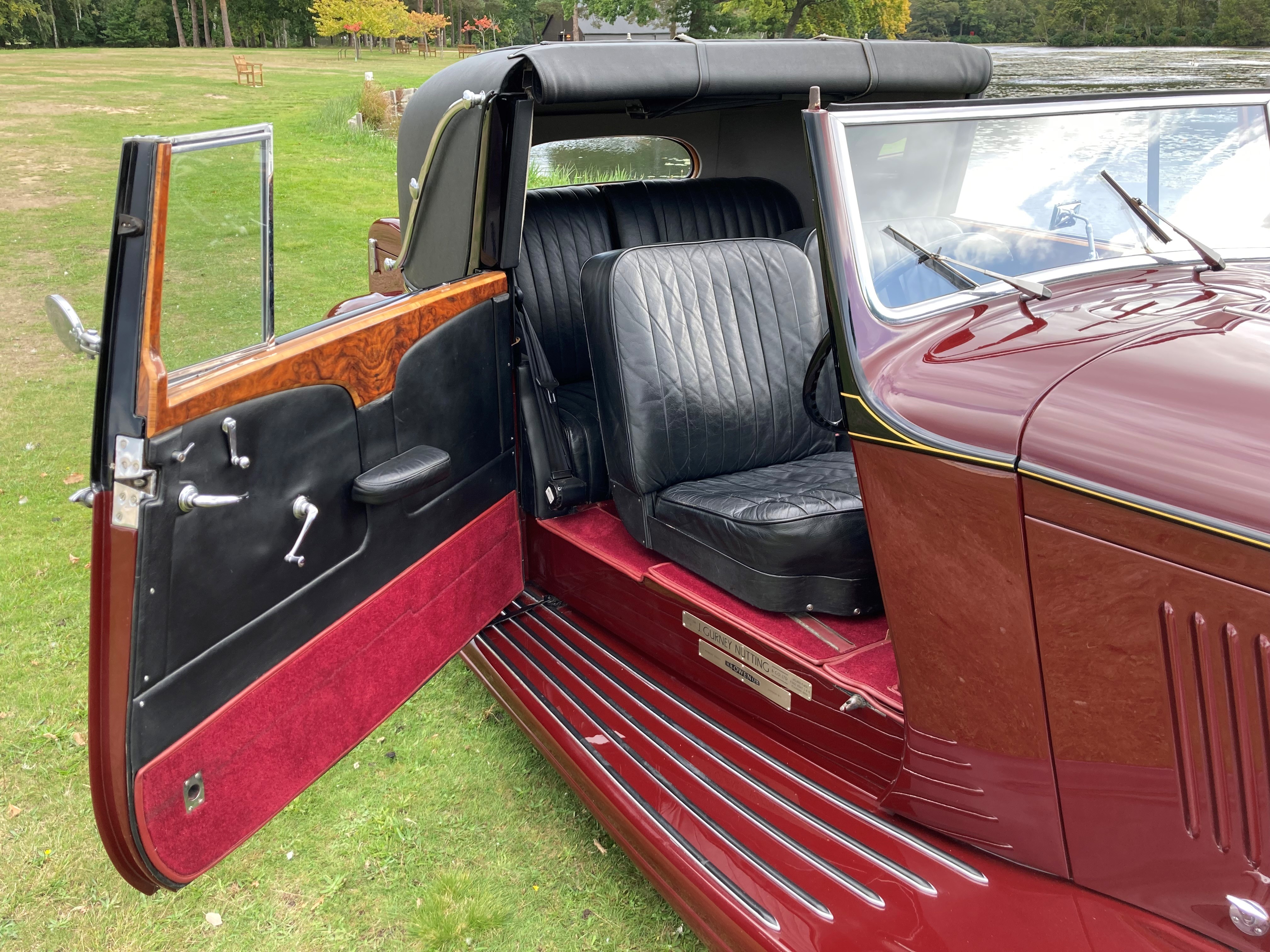 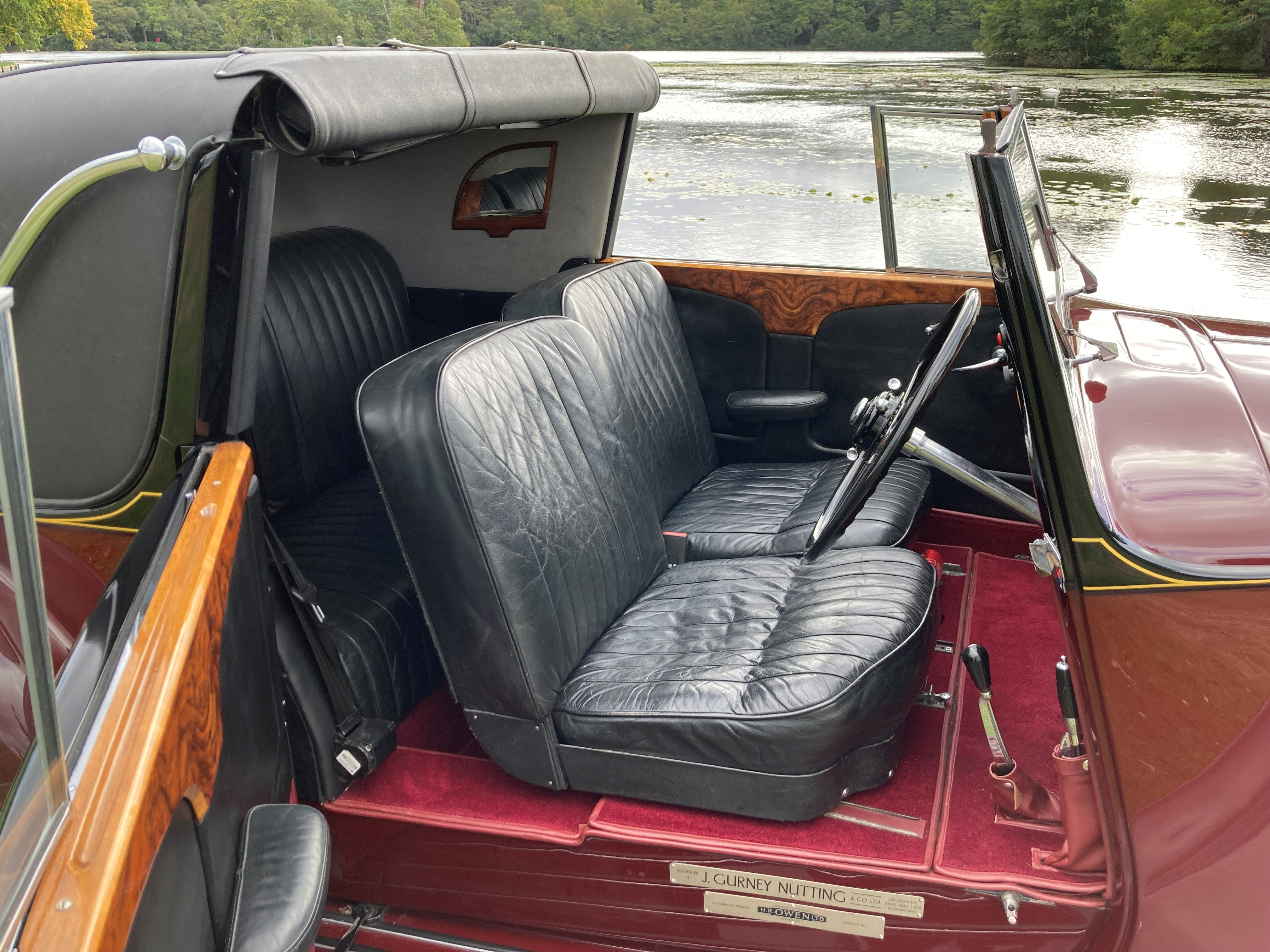 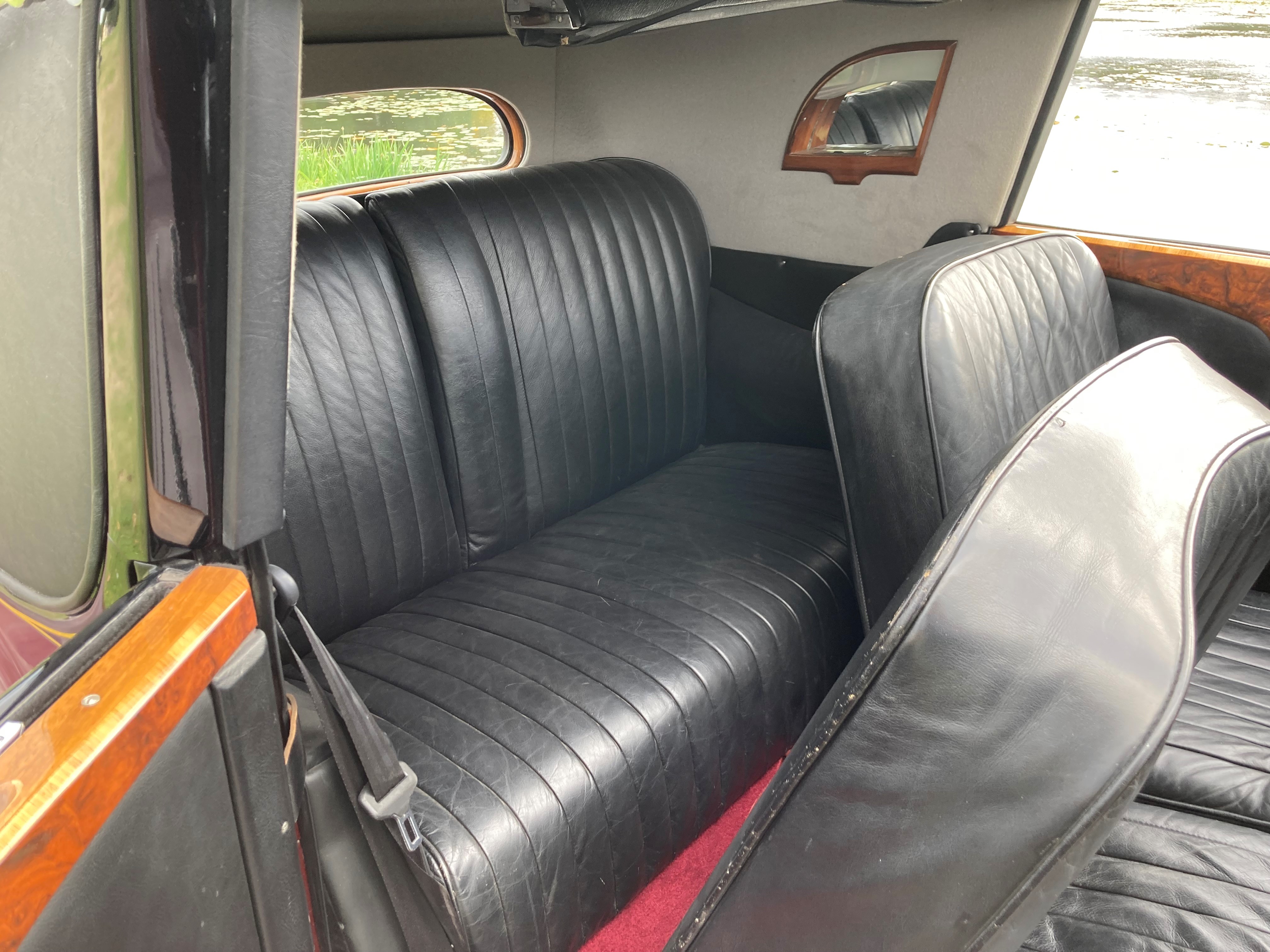 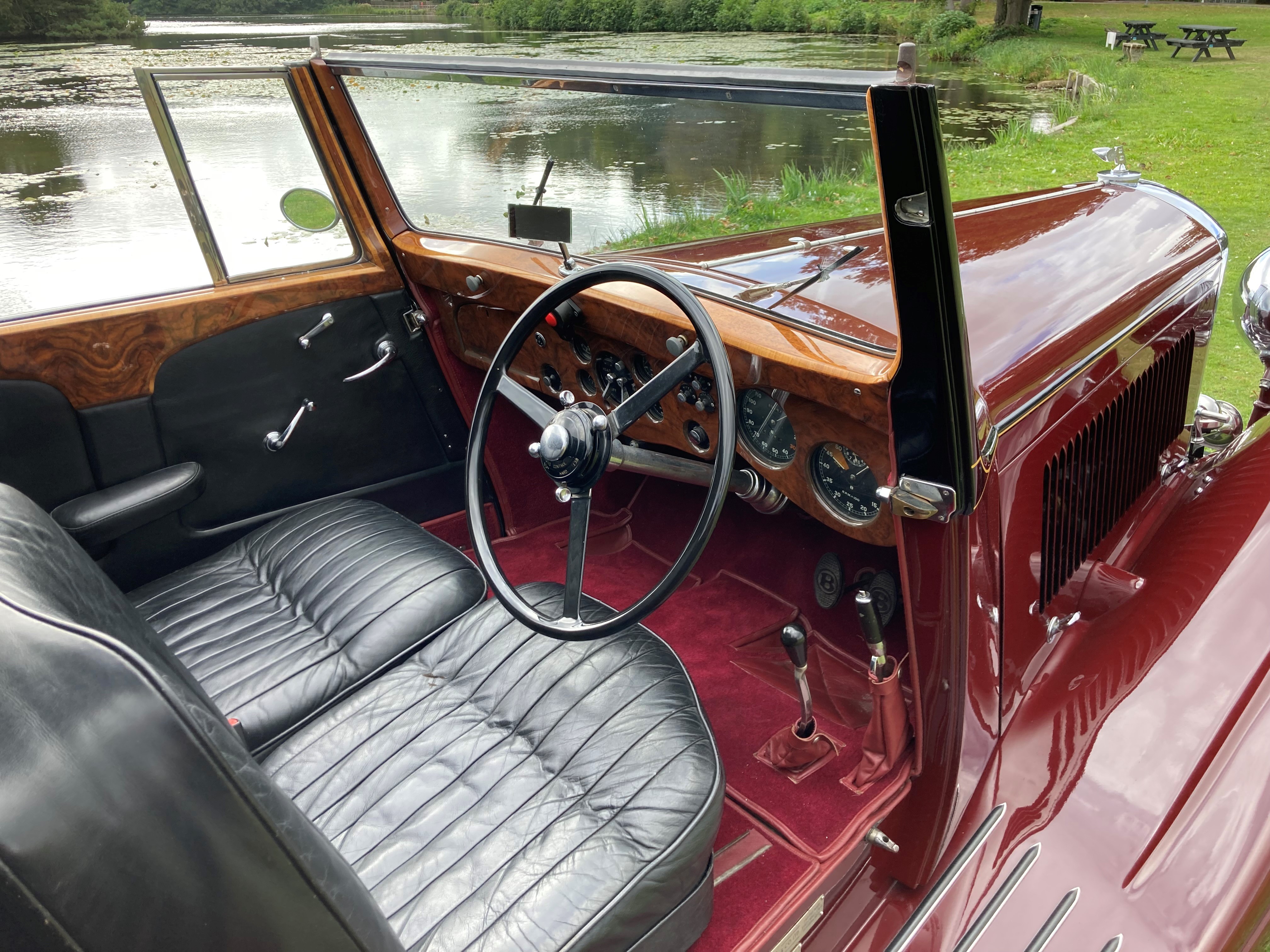 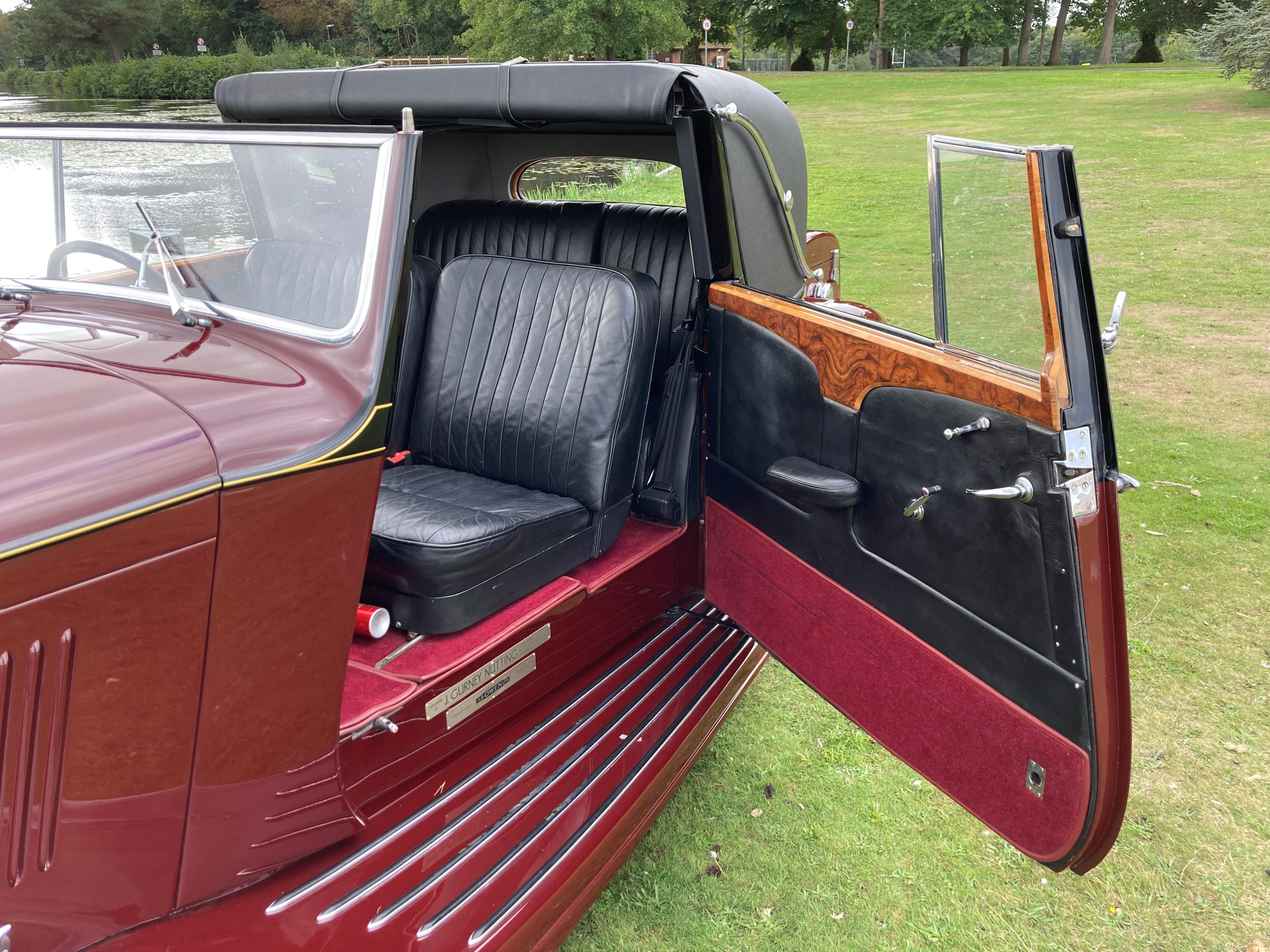 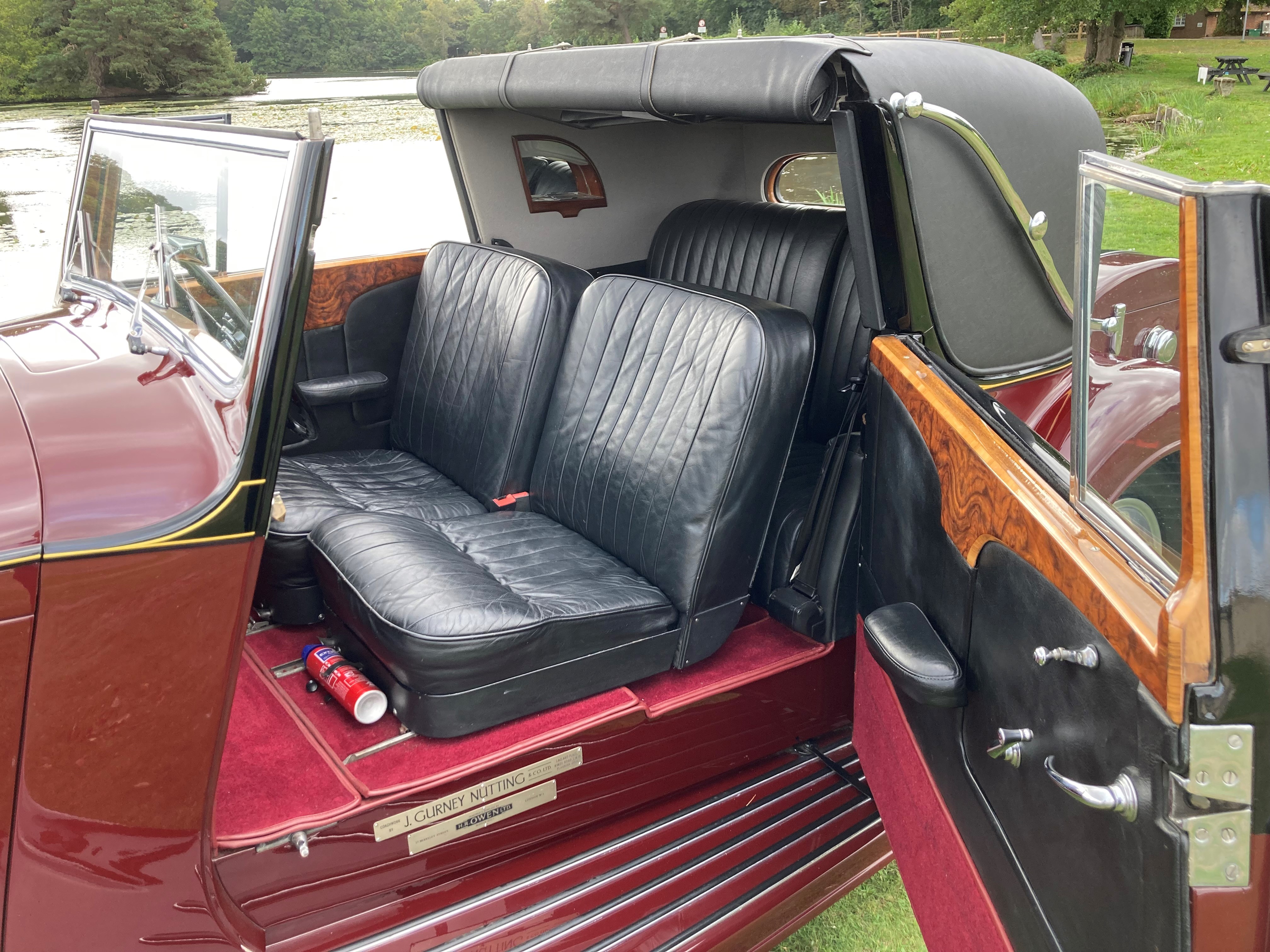 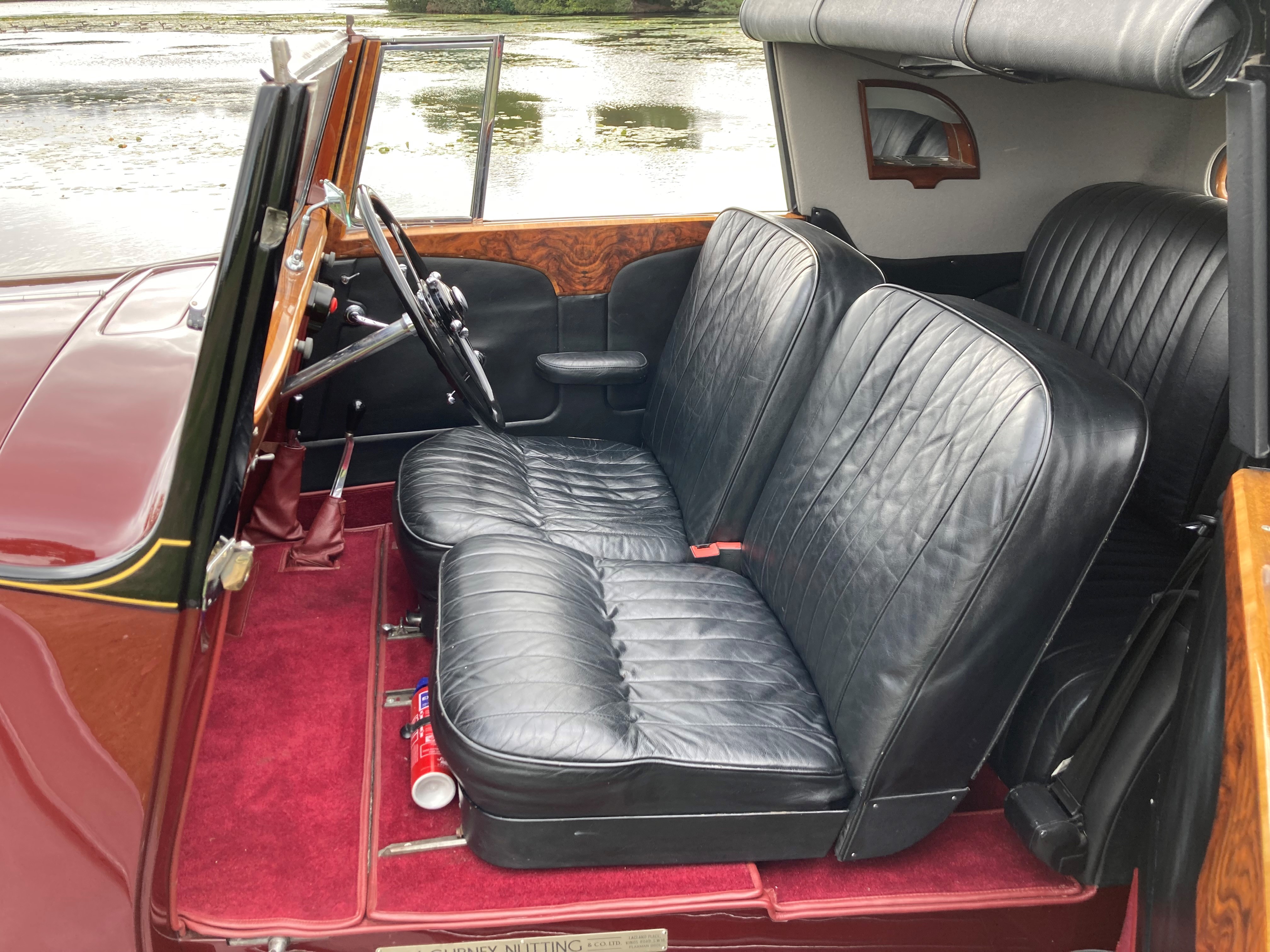 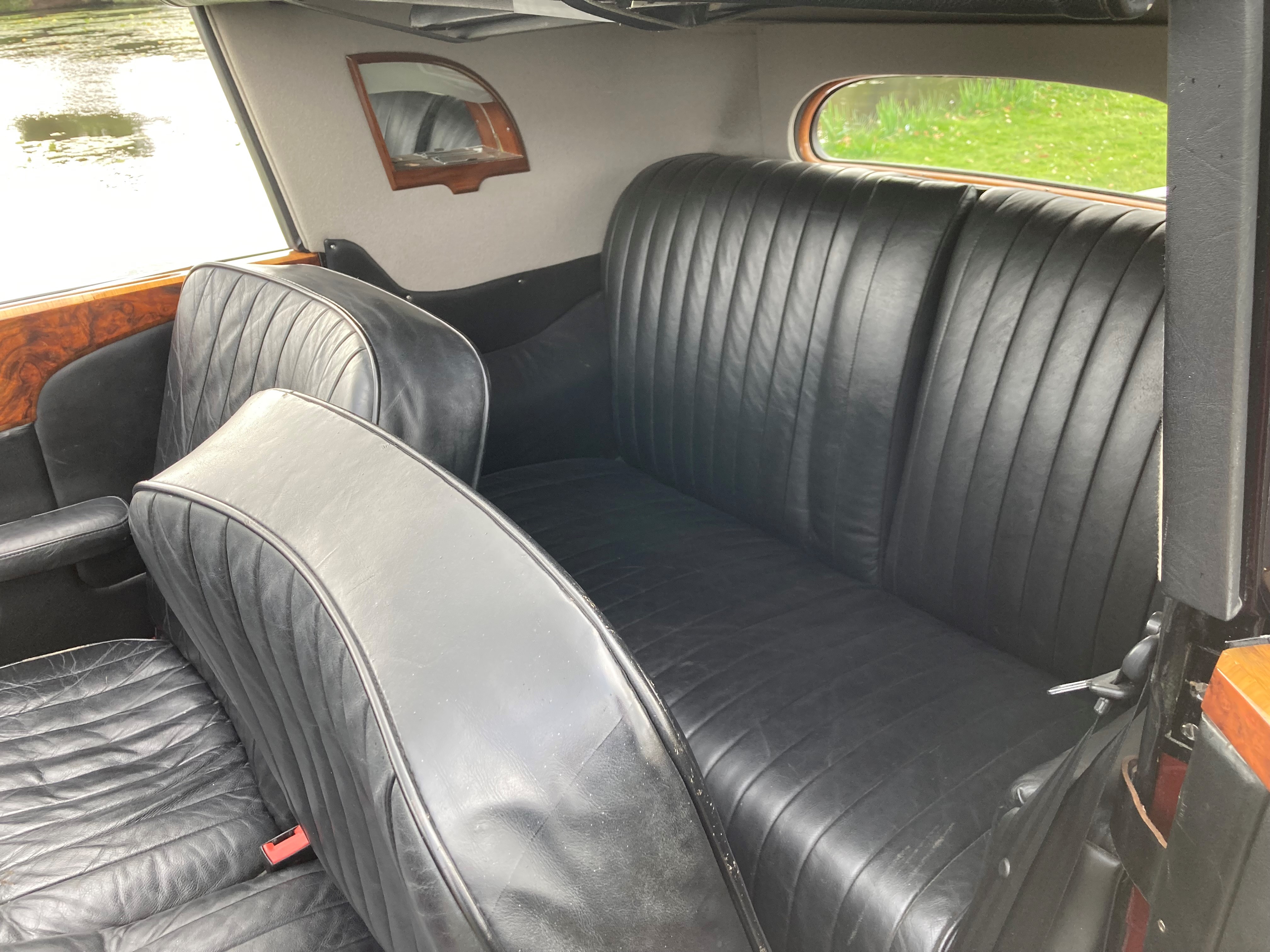 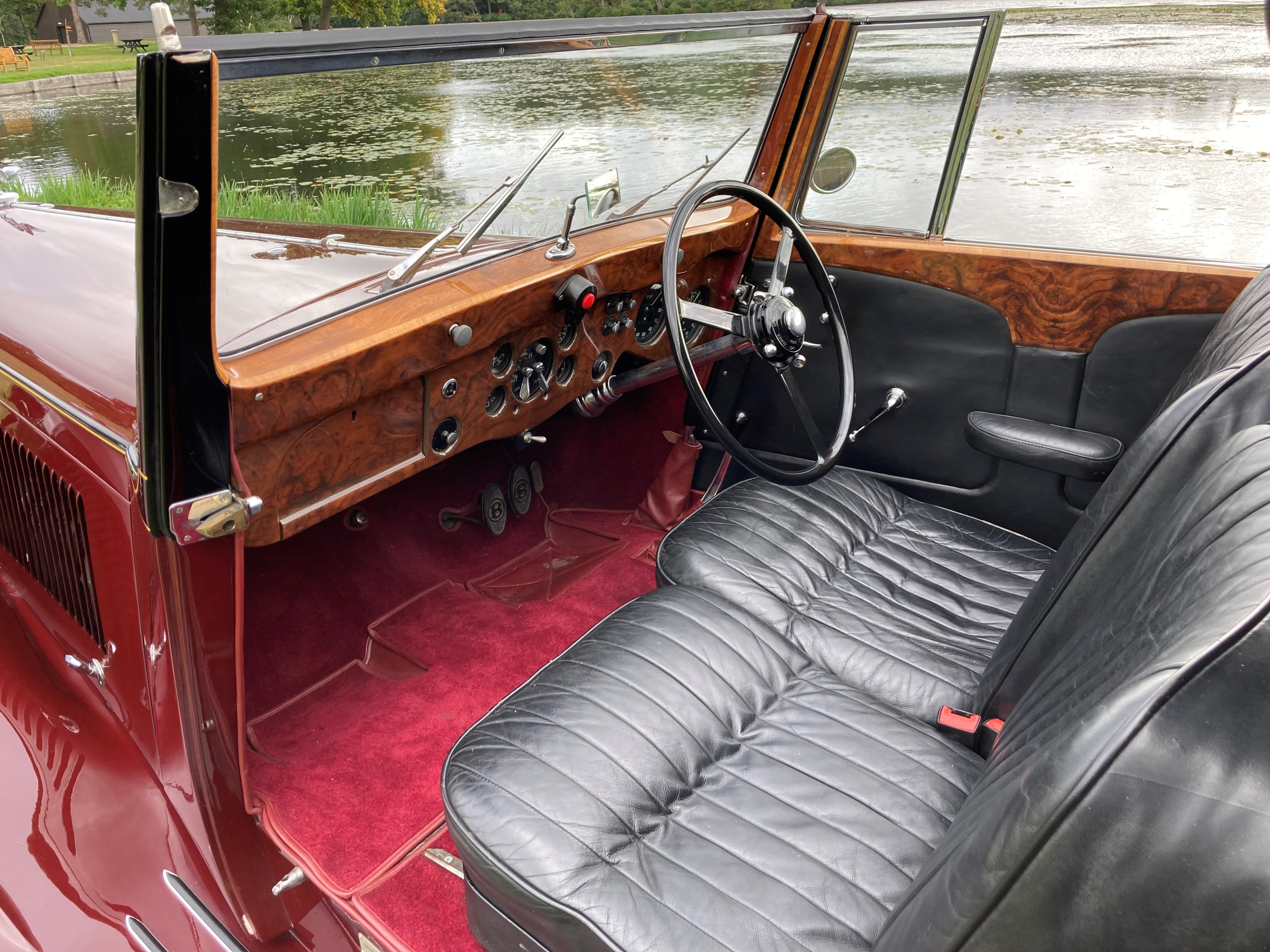 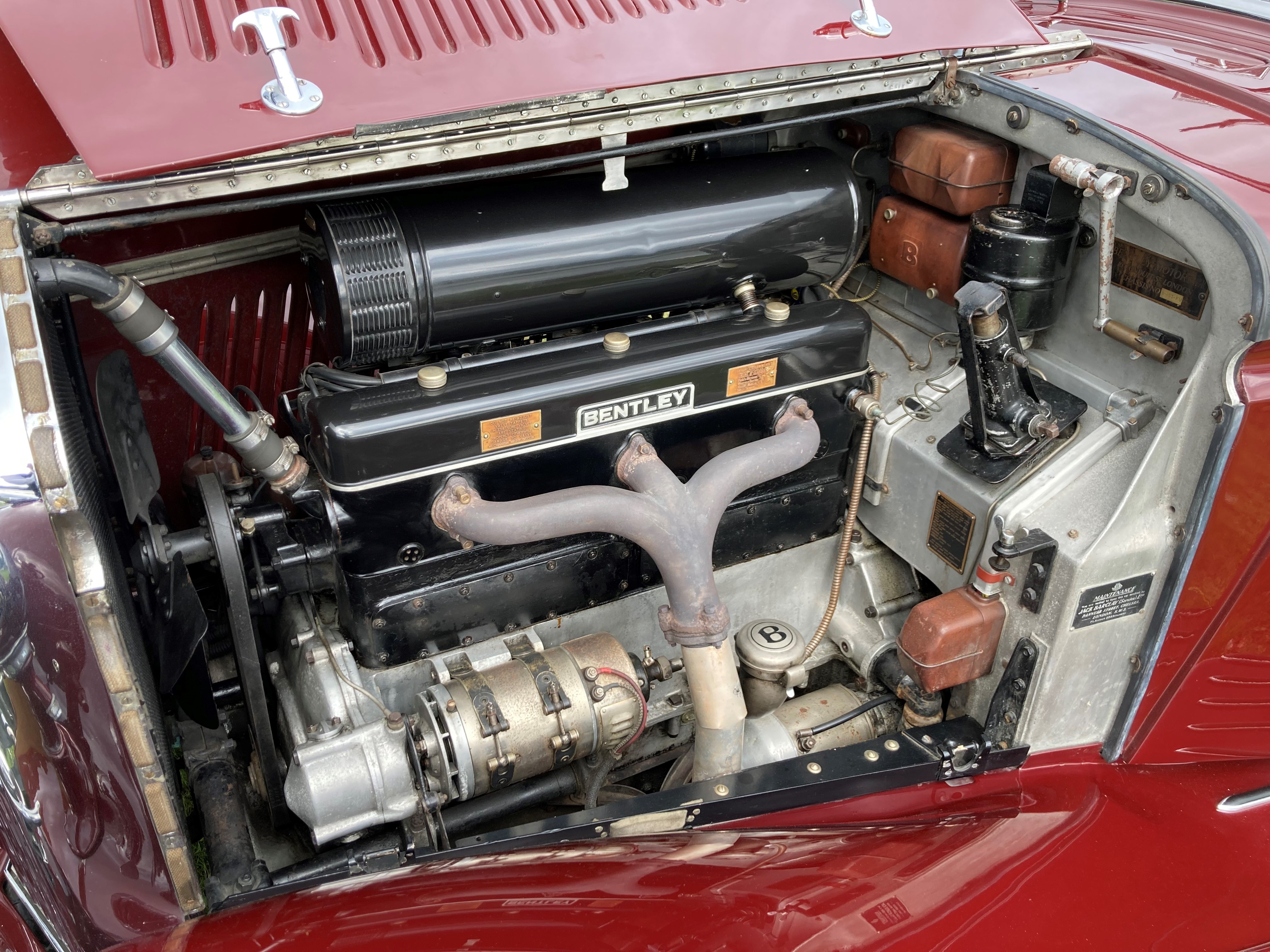 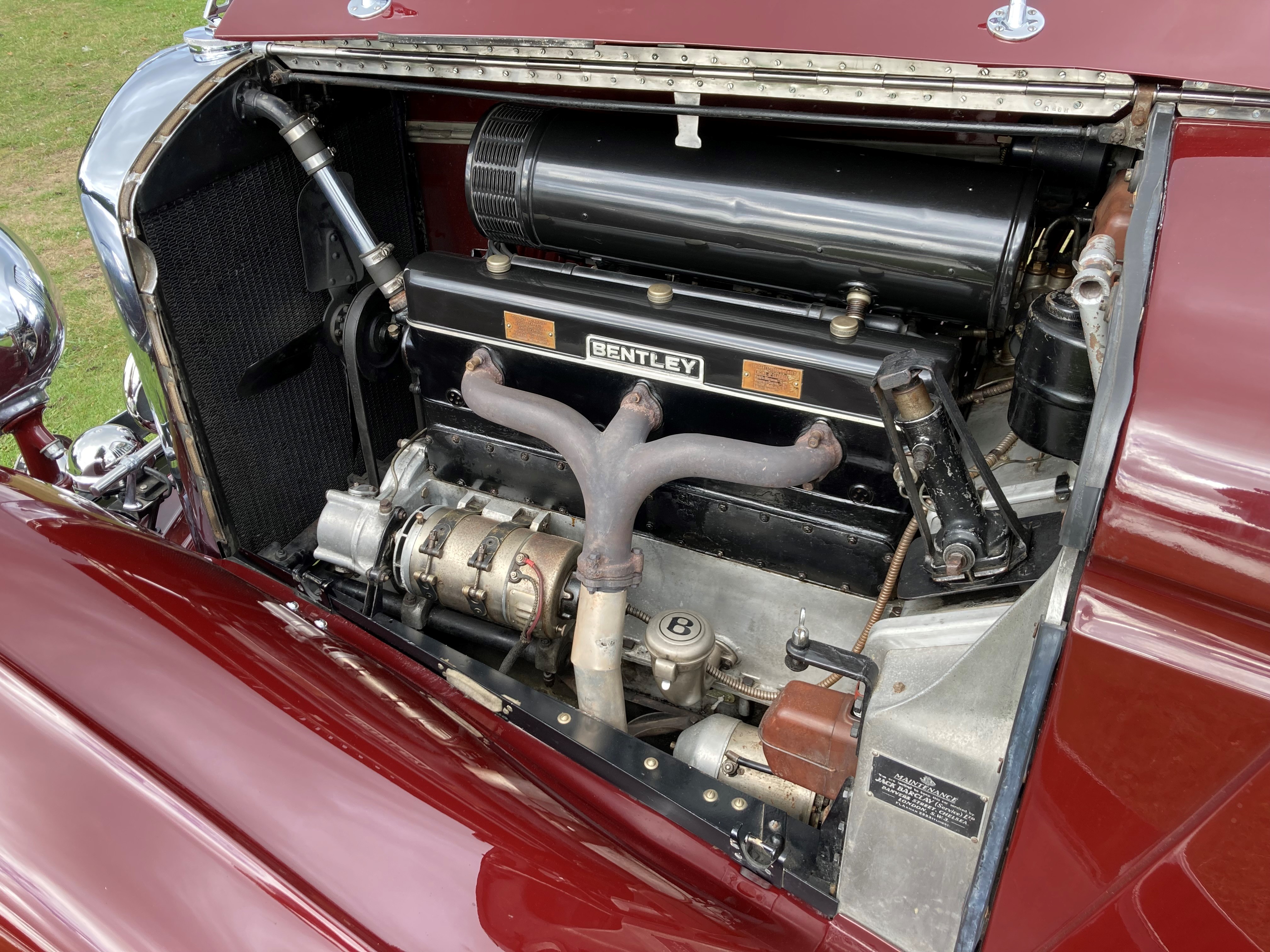 During the late 1920s and early 1930s Bentley ran into grave financial trouble and by 1931 Rolls-Royce had stepped in and bought the assets and goodwill of the defunct company and formed a new one, Bentley Motors (1931) Ltd. Rolls-Royce had considered the Bentley marque to be a growing threat to their future success, but following their purchase decided to continue the Bentley name, albeit under their own stewardship, taking the company in an entirely new direction with the creation of the Silent Sports Car or Derby Bentley. In 1933 the new Bentley 3.5 Litre model was released and was an instant success. The combination of effortless power and style met with almost universal praise. It was powered by a developed twin carburettor version of Rolls-Royces own 20/25 model and was installed in a low 126-inch wheelbase chassis that basically remained unaltered until the cessation of production in 1939 due to the outbreak of hostilities. Synchromesh was present on third and fourth gears and the Derby’s were fitted with a crossflow cylinder head and superb servo assisted brakes, encapsulating all of the perfection of Rolls-Royce engineering in this small sporting Bentley. Fitting of individual coachwork by approved body builders continued in true Rolls-Royce fashion giving potential buyers a great deal of choice in the look of their new motor car. 1936 saw further improvements with the introduction of the 4.25Litre model when production of the 3.5 Litre unit ceased.

Following the cessation of the First World War J. Gurney Nutting founded the firm which quickly became one of Britain’s top coachbuilders. In 1923 the factory in Croydon was destroyed by fire and the firm moved to new premises in Elystan Street in Chelsea. The firm’s reputation for quality and style grew quickly, with orders being placed by a number of members of the British Royal Family, including the Prince of Wales (later King Edward VIII) the Duke of York (later King George VI and the Duke of Kent.) Gurney Nutting were subsequently granted a Royal Warrant by the Prince of Wales for the years 1931 to 1935. The work of chief designer A.F.McNeill is widely recognised as some of the finest coachwork fitted to a Rolls-Royce and Bentley chassis. Gurney Nutting were famous for their sedanca coupe designs with their Owen Sedanca design perhaps their finest.

Chassis No B153KU is one of a very limited number of such cars bodied by Gurney Nutting, believed to be one of just ten built on the 4 ¼ Litre chassis. It was originally supplied in July 1938 to its first owner, Lady Rosebury of Leighton Buzzard. It was acquired by the present owner in 2009 and was reviewed, prepared and then used on the 2009 Bentley Drivers Club tour of Alaska. Upon the cars return it was the restored between 2010 and 2013. The works included but were not limited to, a rebuilt ash frame, coachwork repairs, re-painting the car, re-chroming the brightwork, restoration of the cabin woodwork, new carpets and a new vinyl hood. The mechanical aspects were also worked upon, works included a new upgraded rear axle and an engine overhaul including a new cylinder head. Since being completed, Chassis NoB153KU has been successfully campaigned on numerous rallies and driving holidays across Europe and comes complete with an extensive history file and copy chassis cards. In our opinion this beautiful motor car should be seen in person and driven to be truly appreciated.