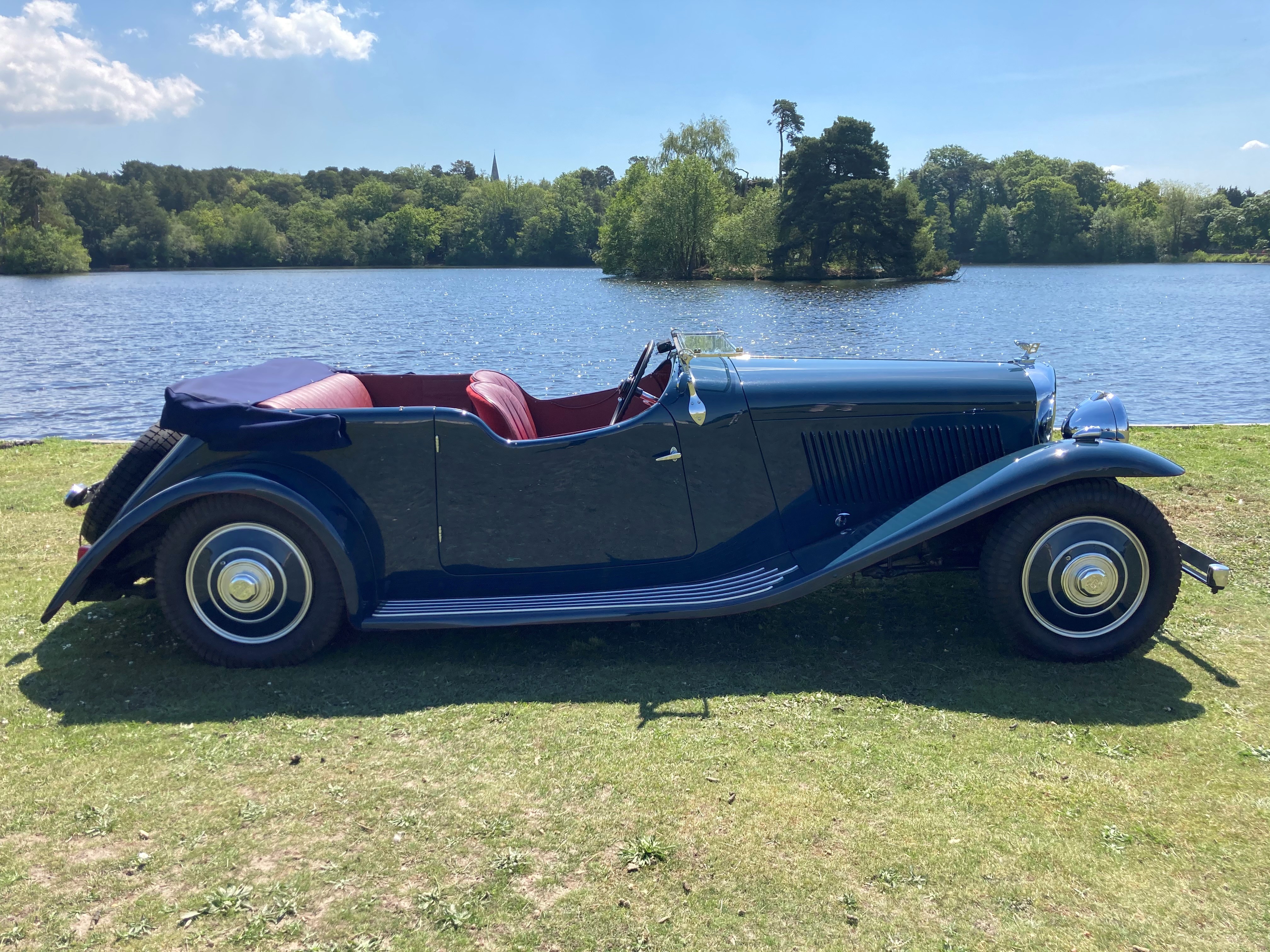 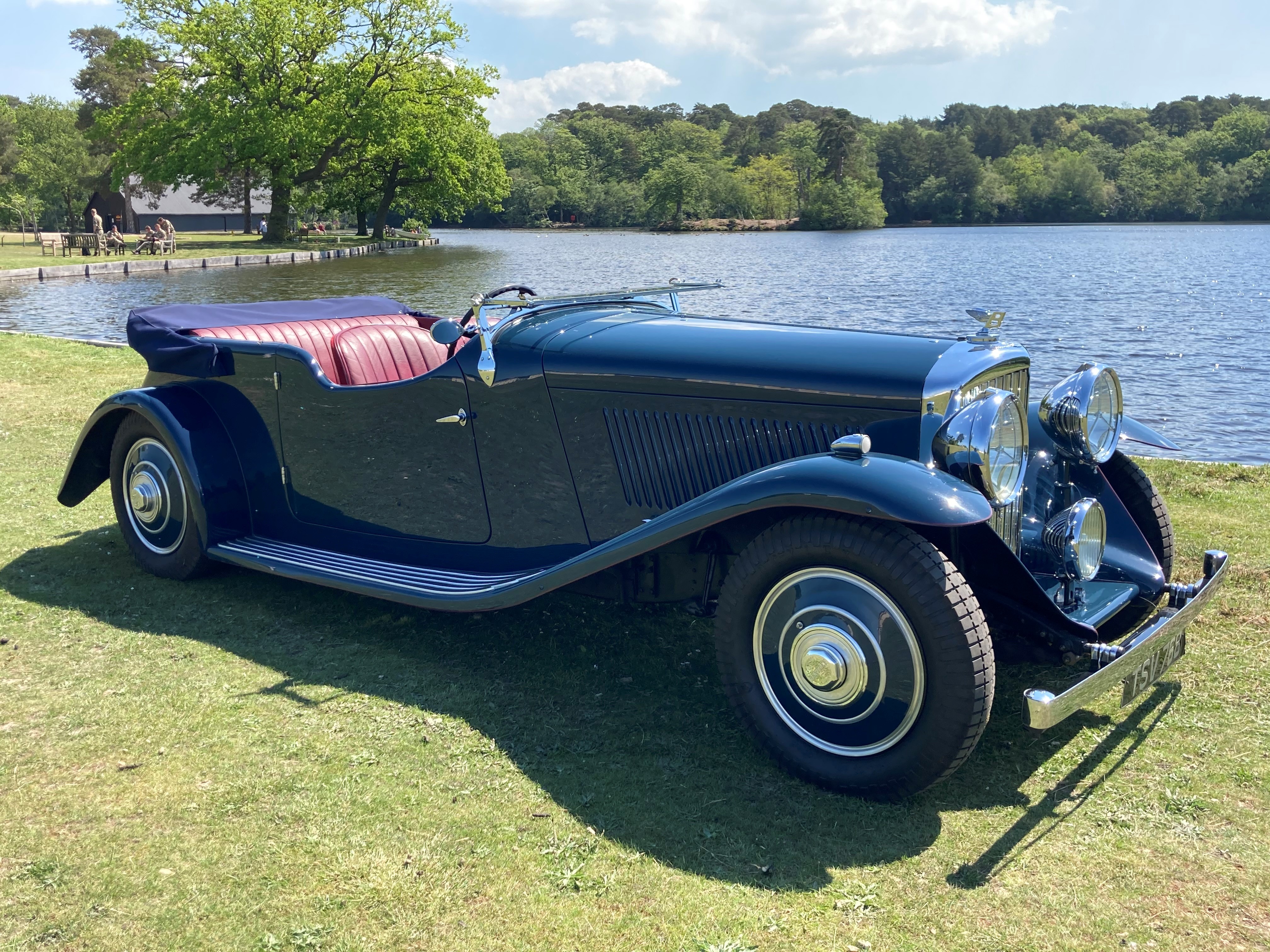 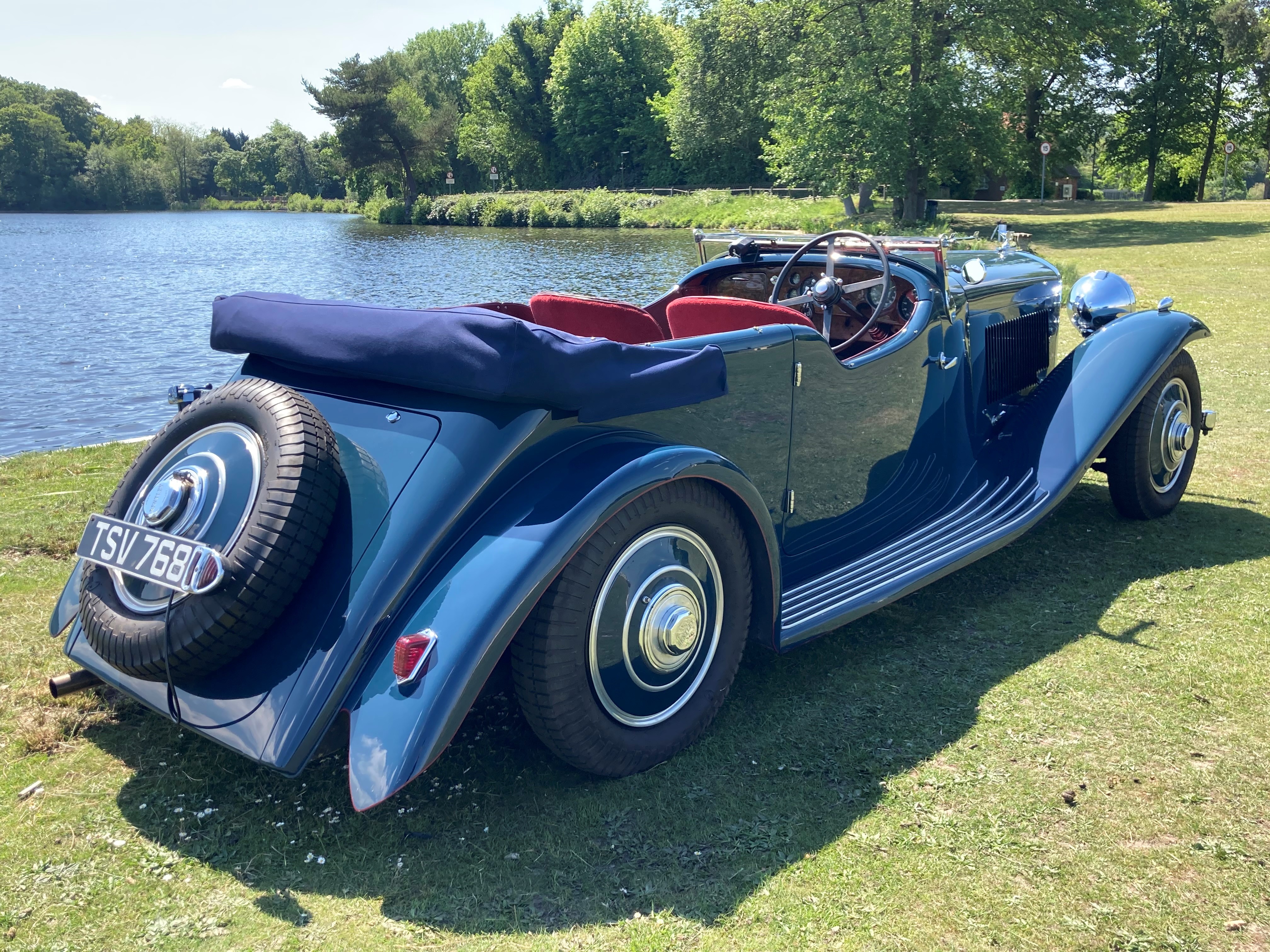 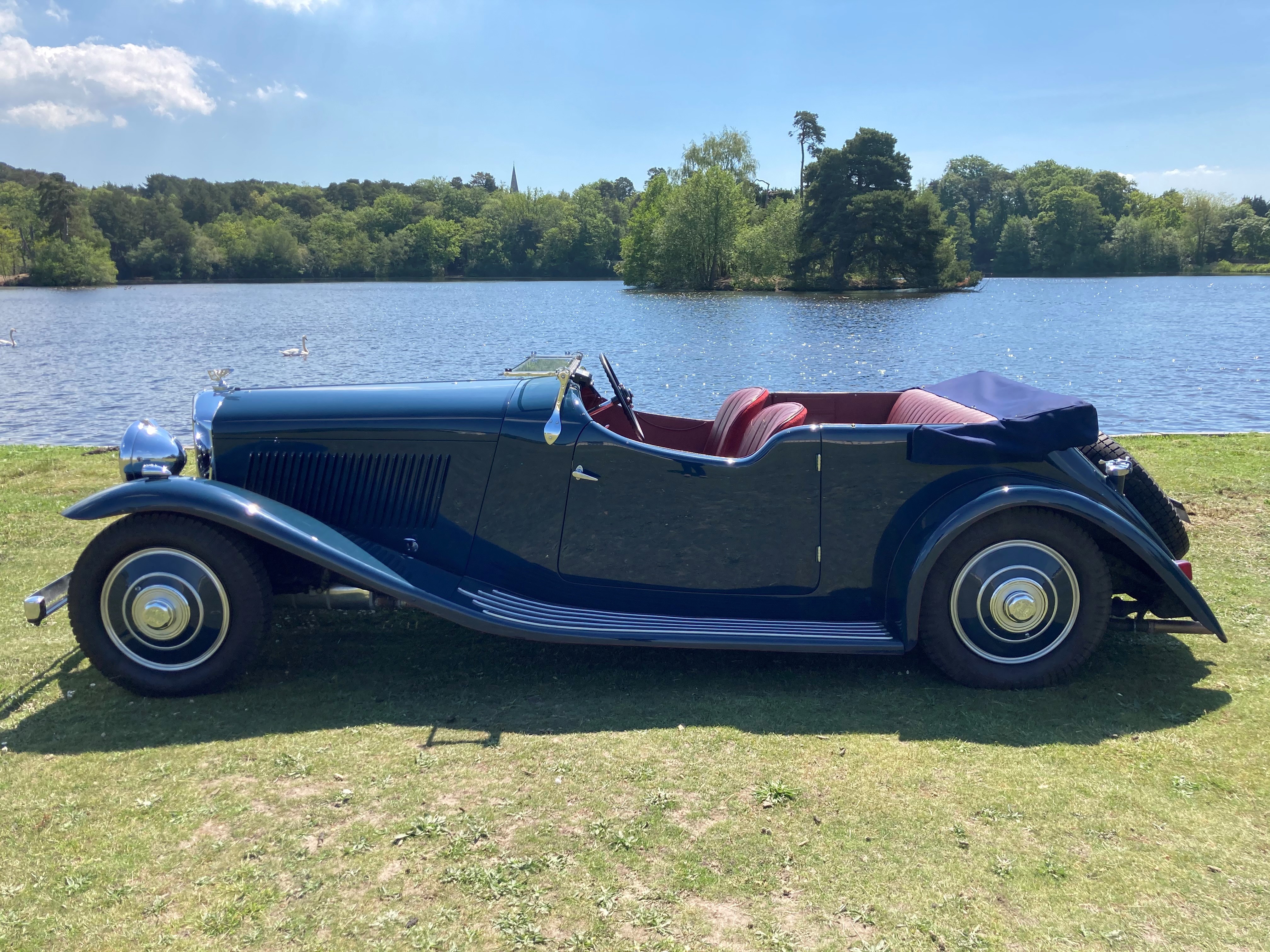 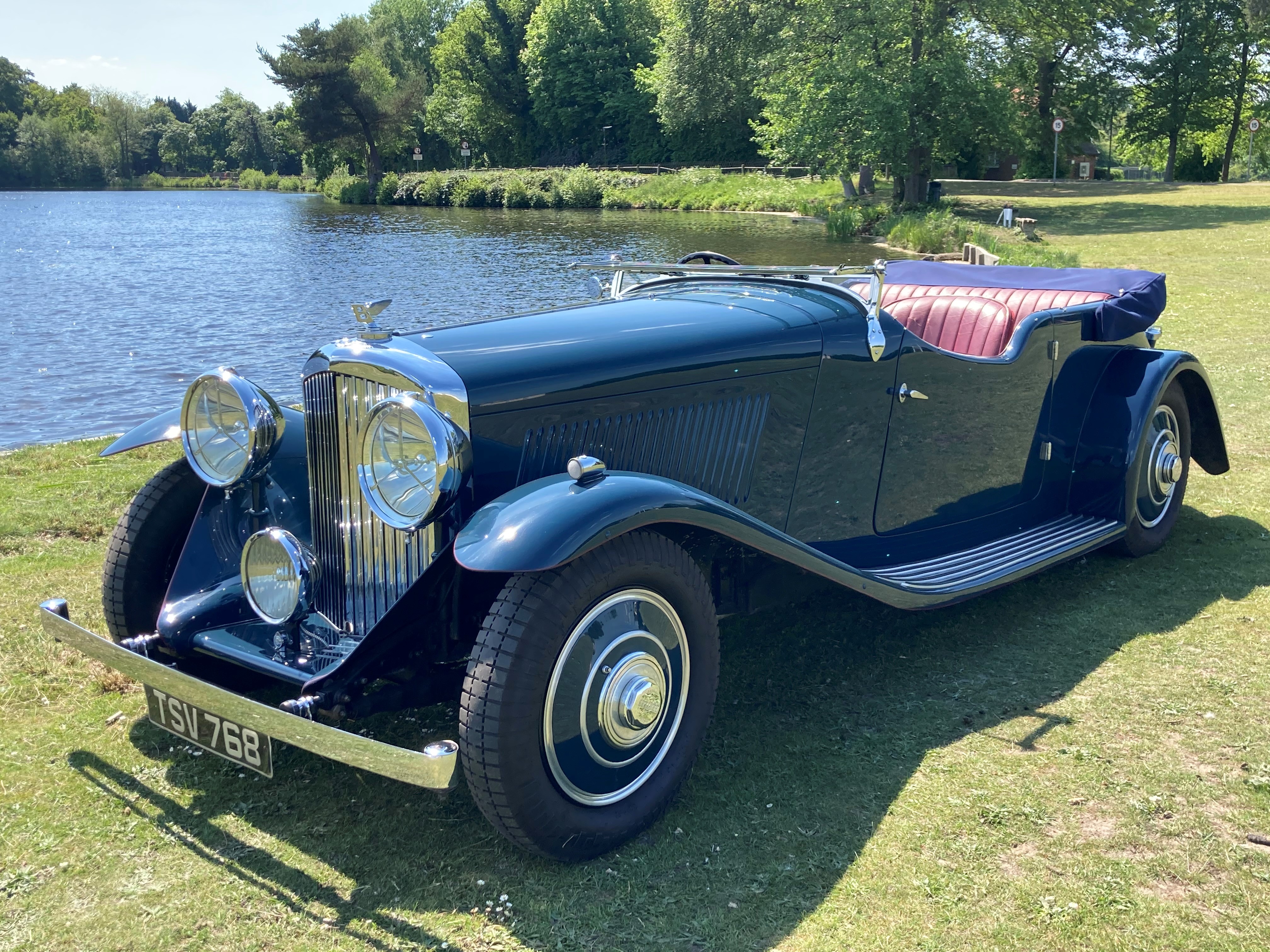 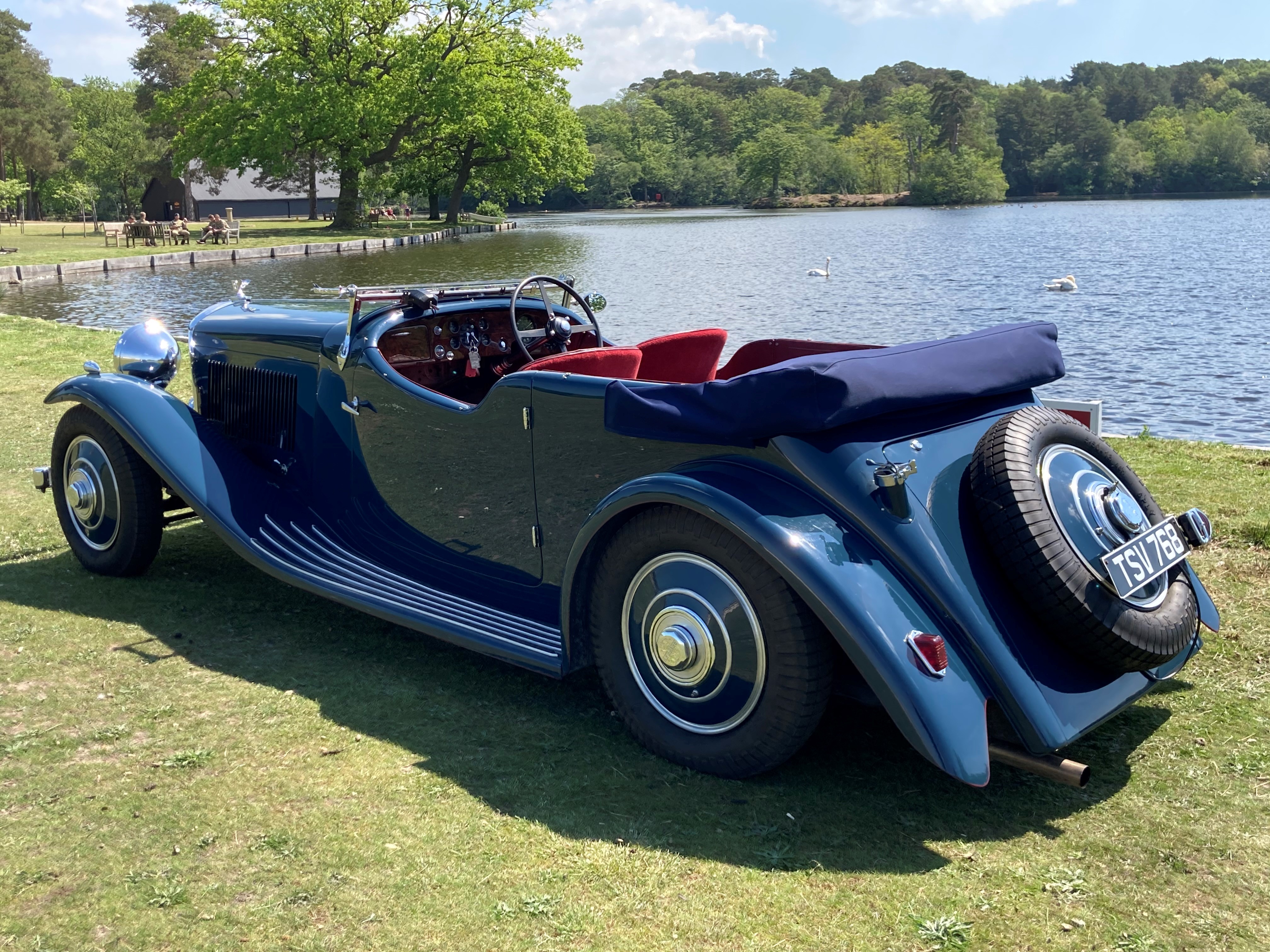 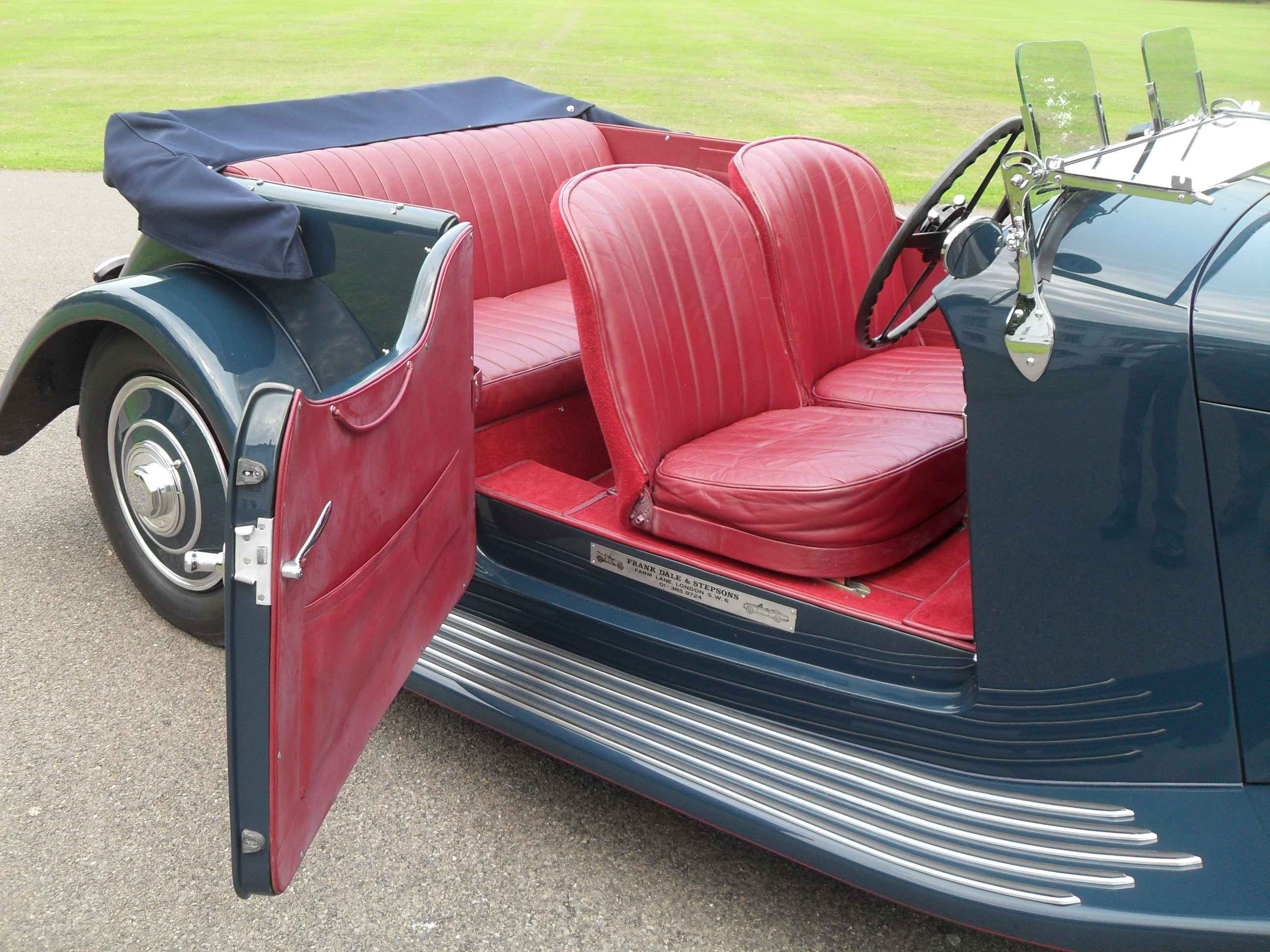 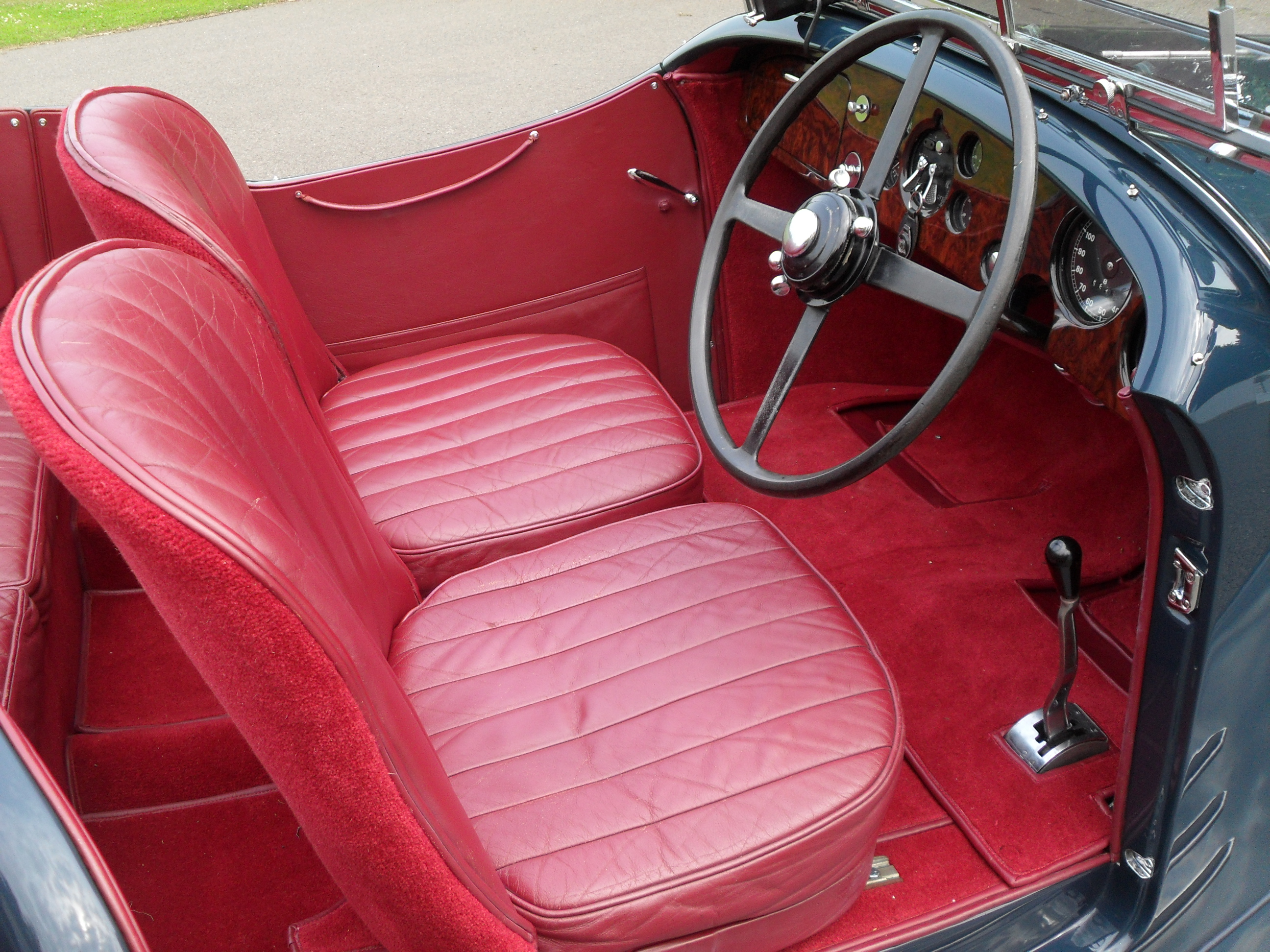 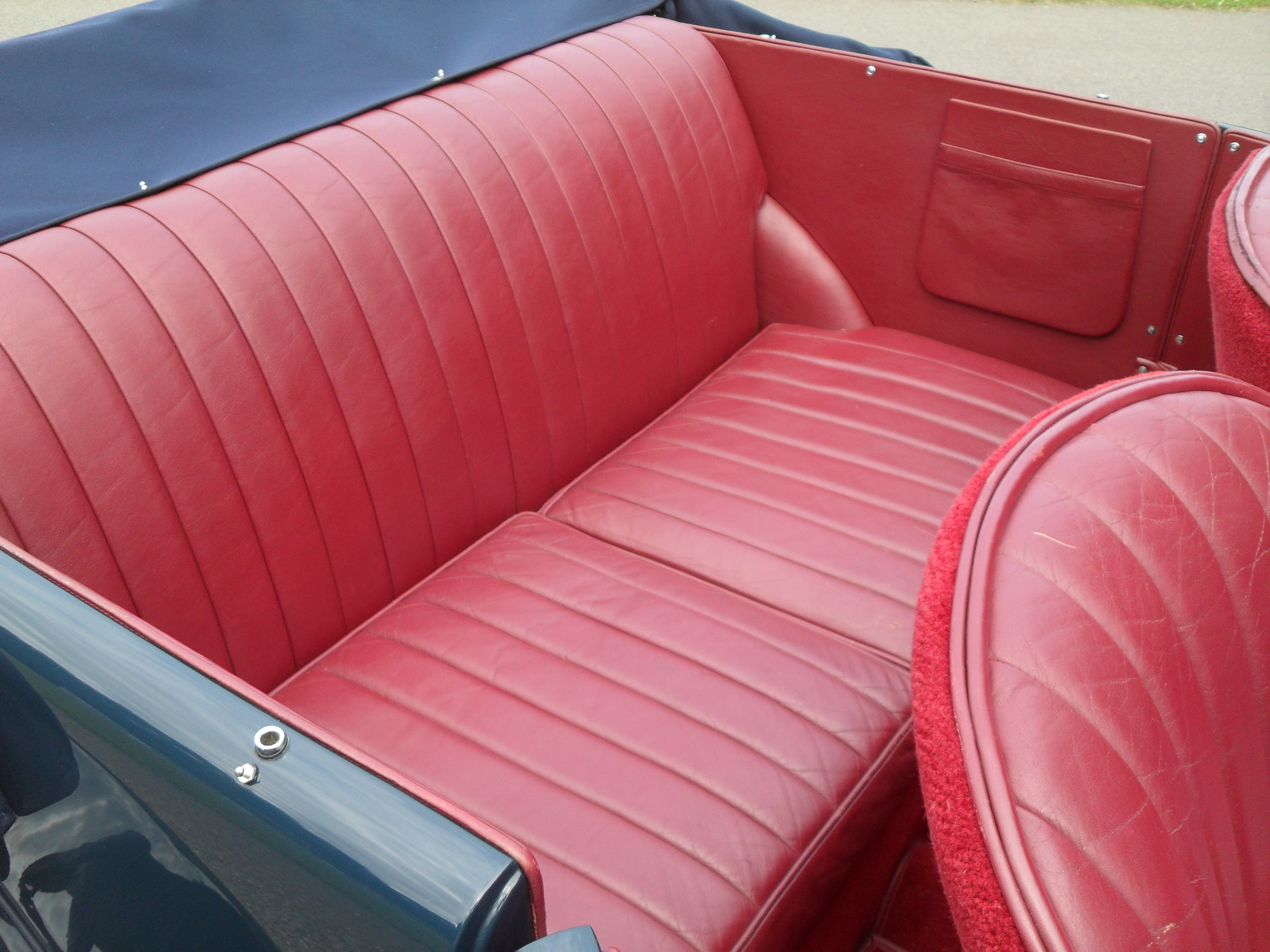 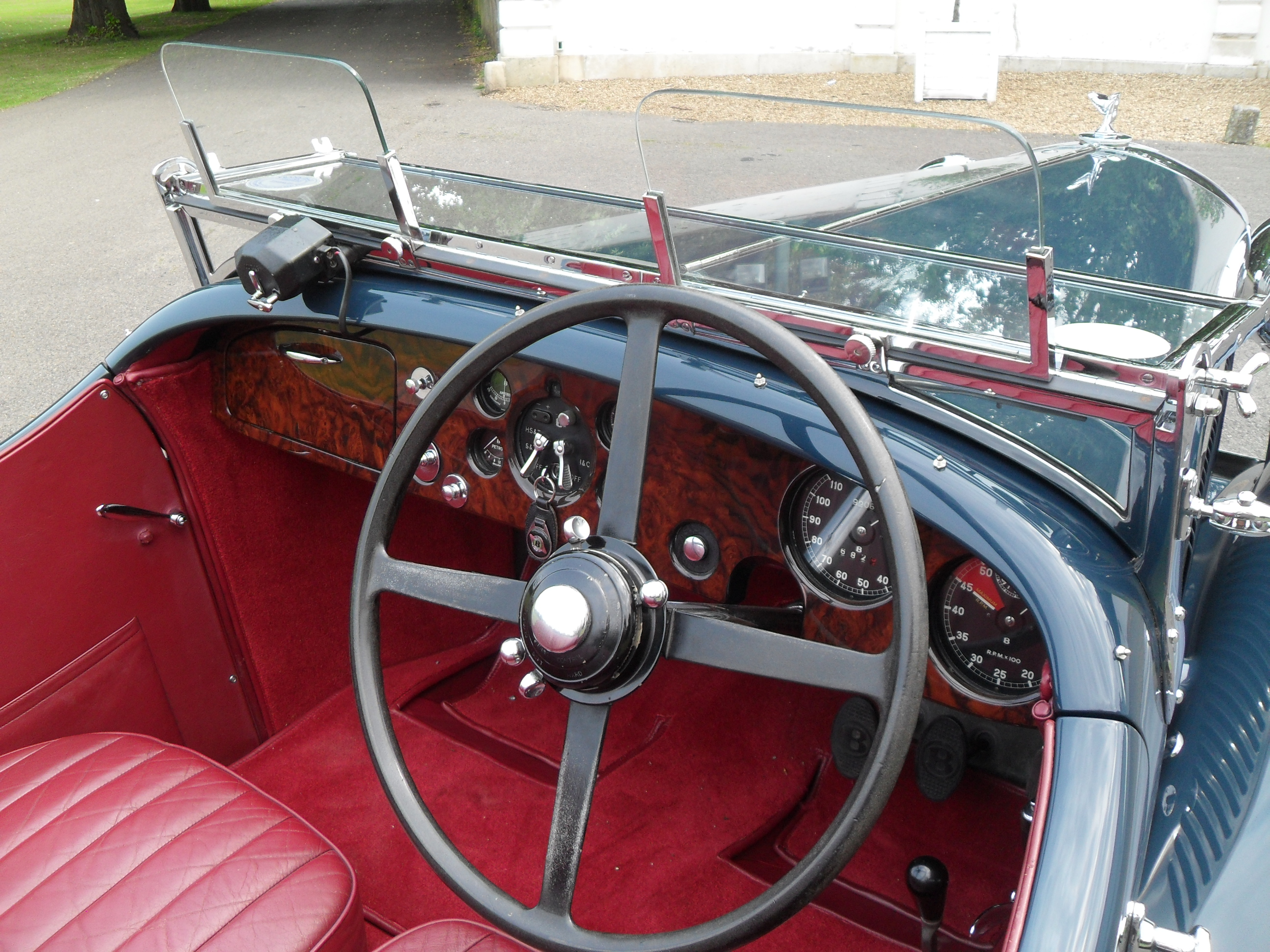 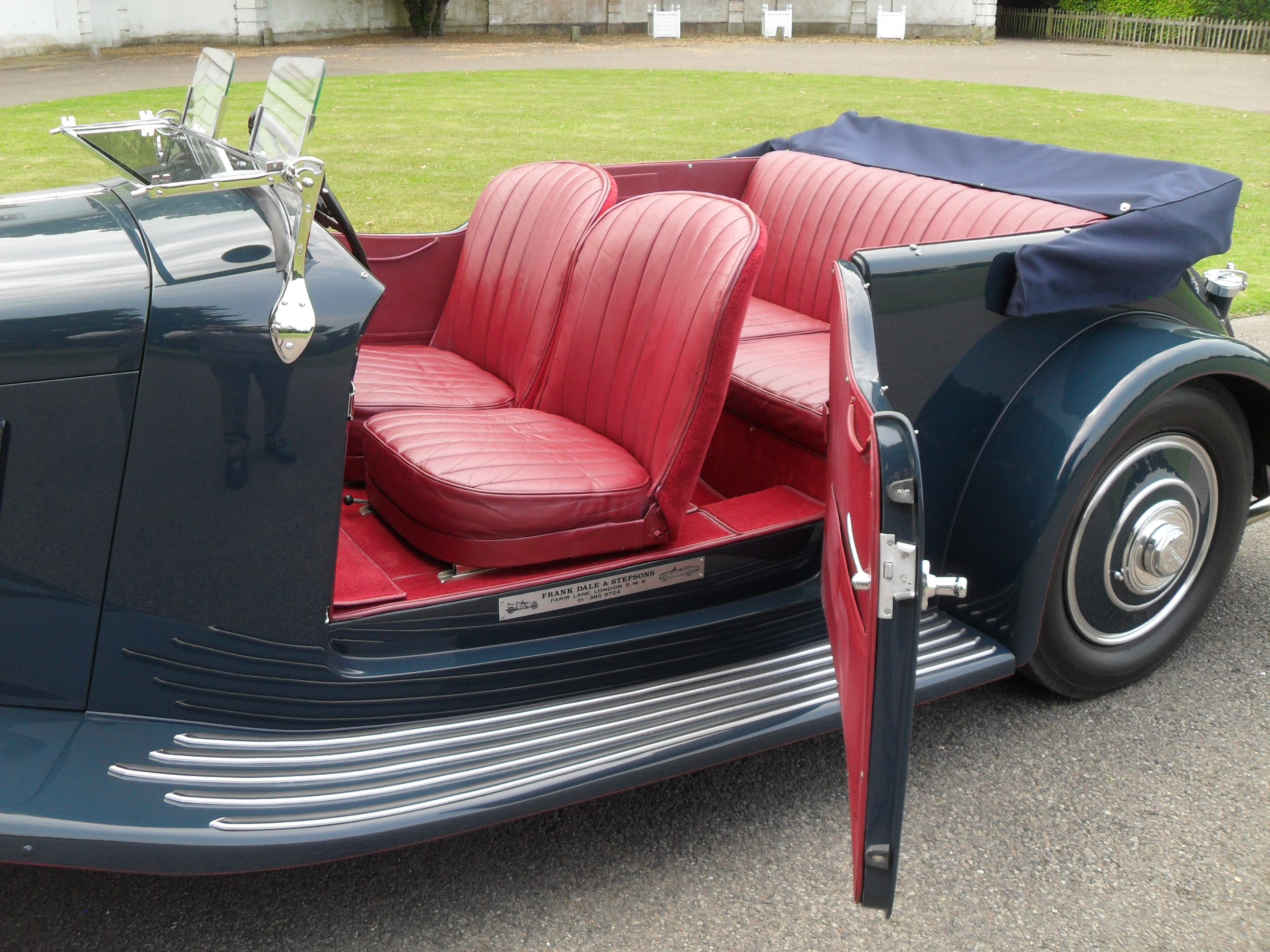 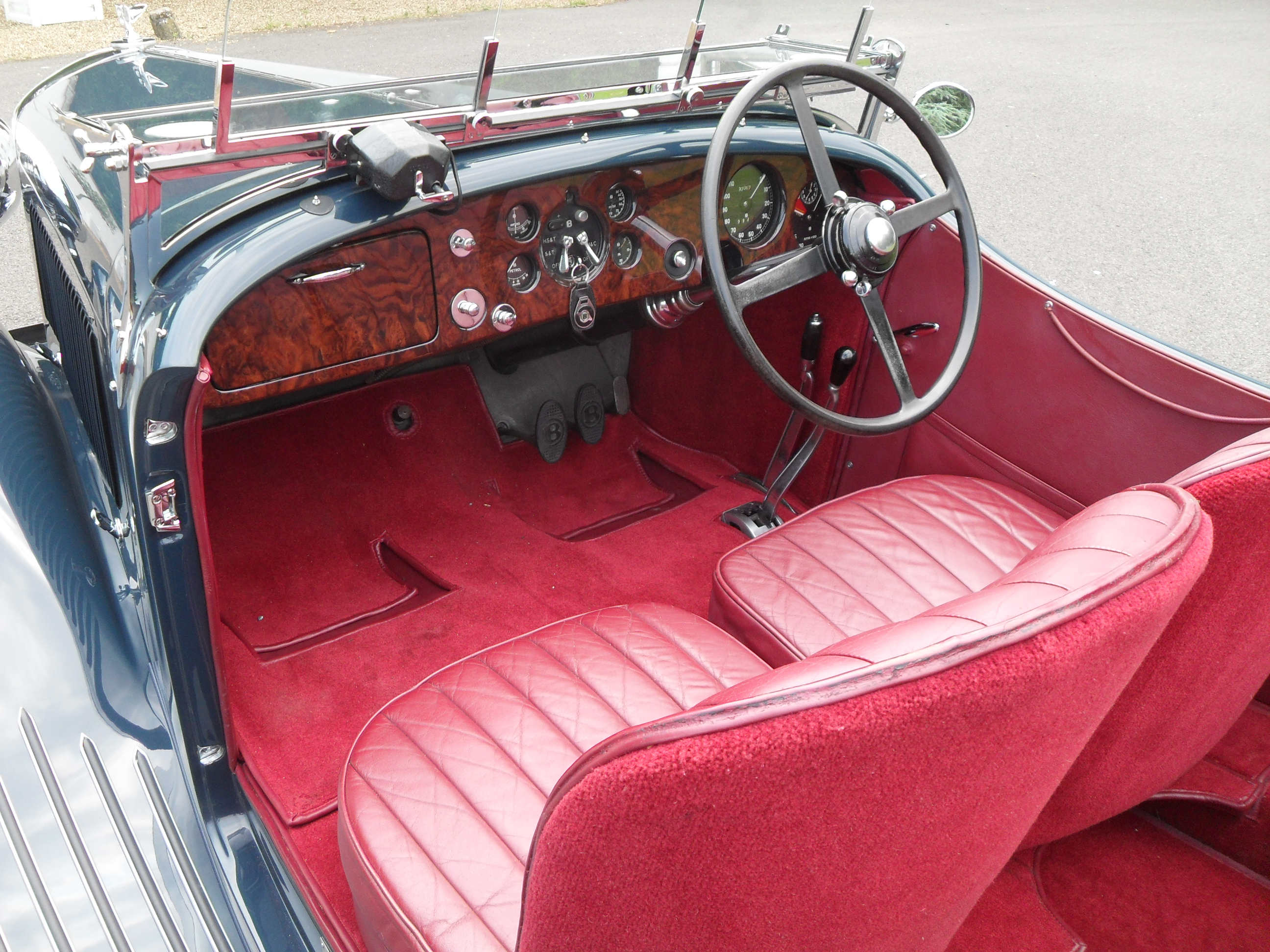 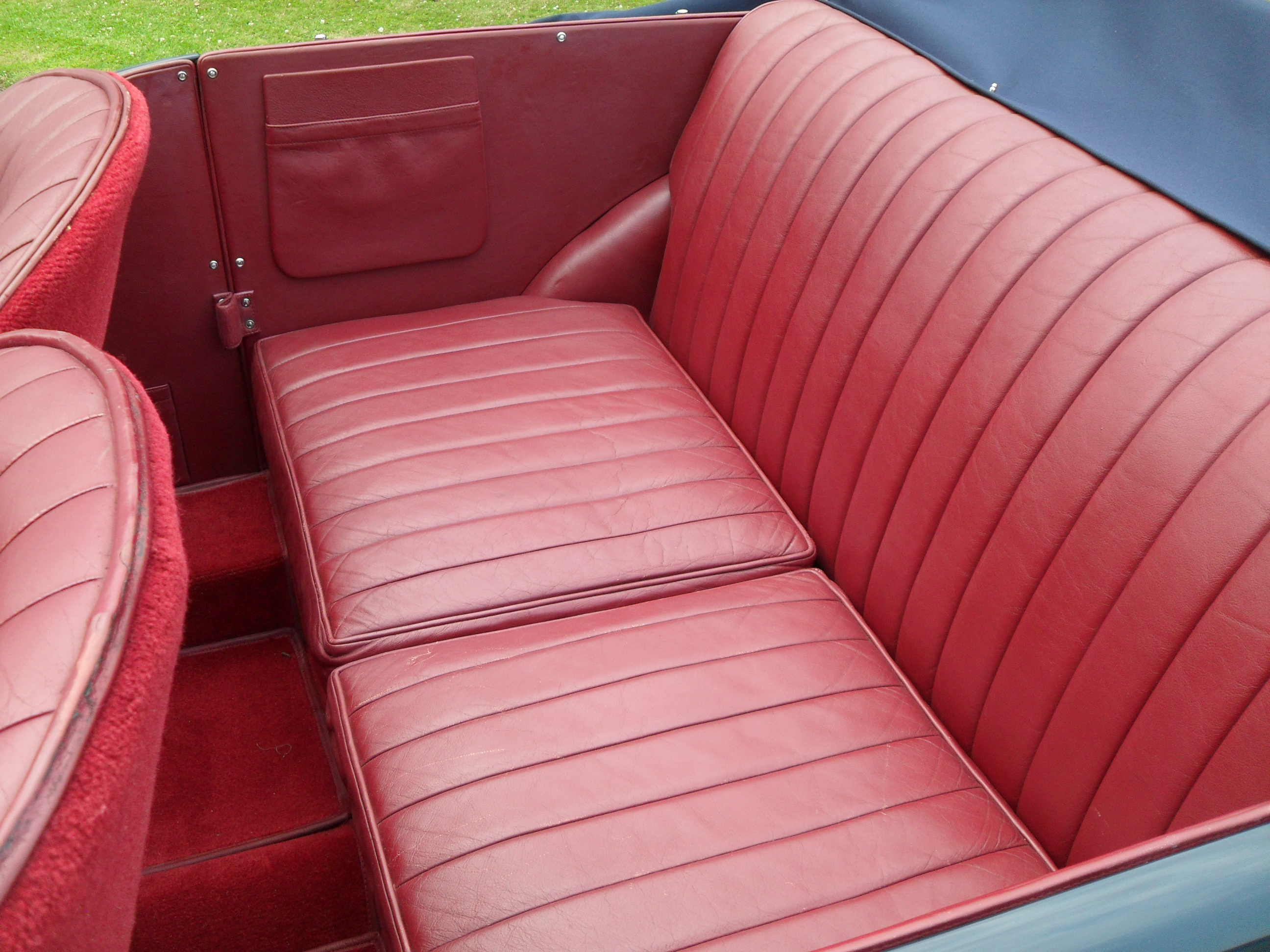 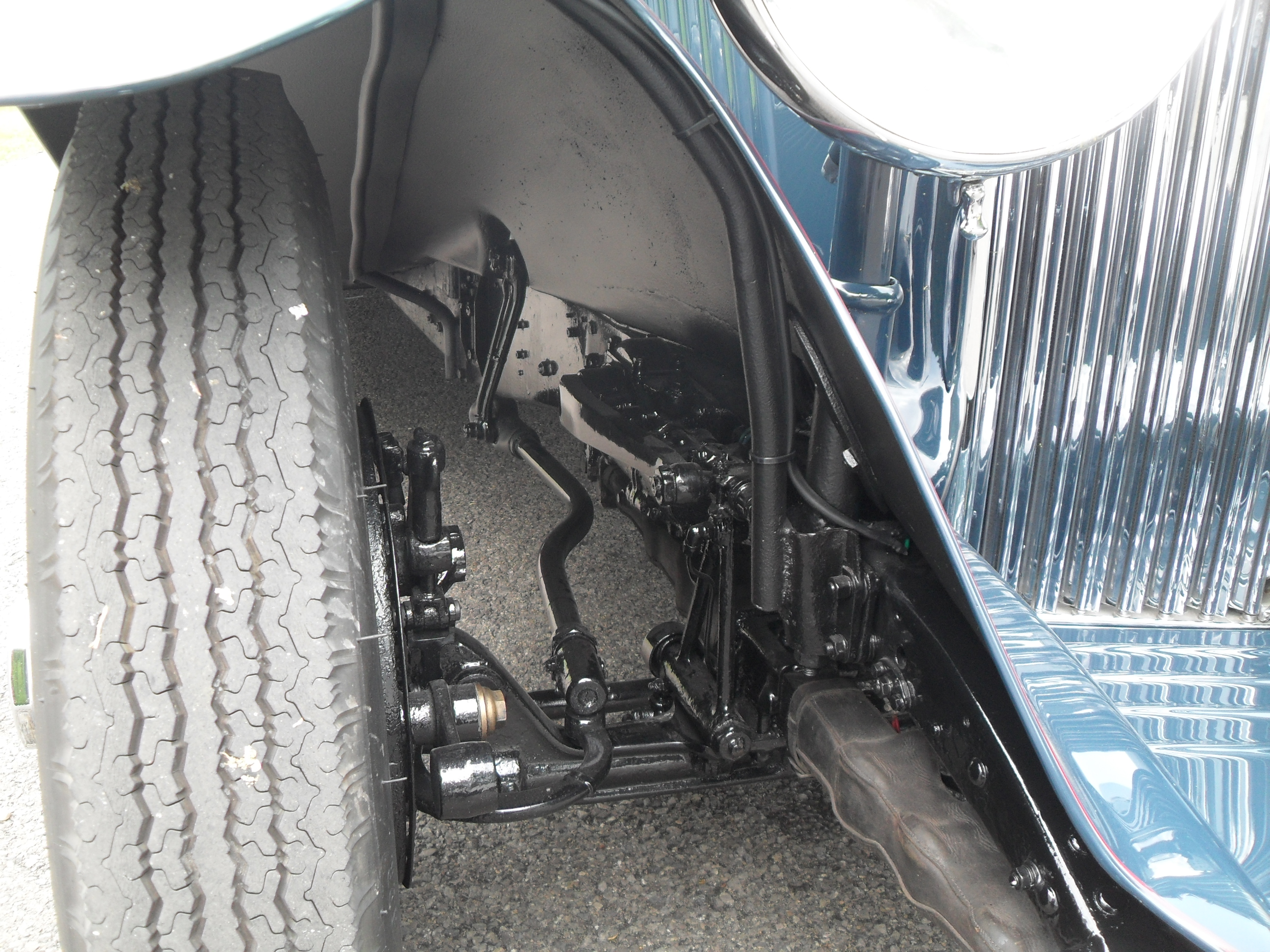 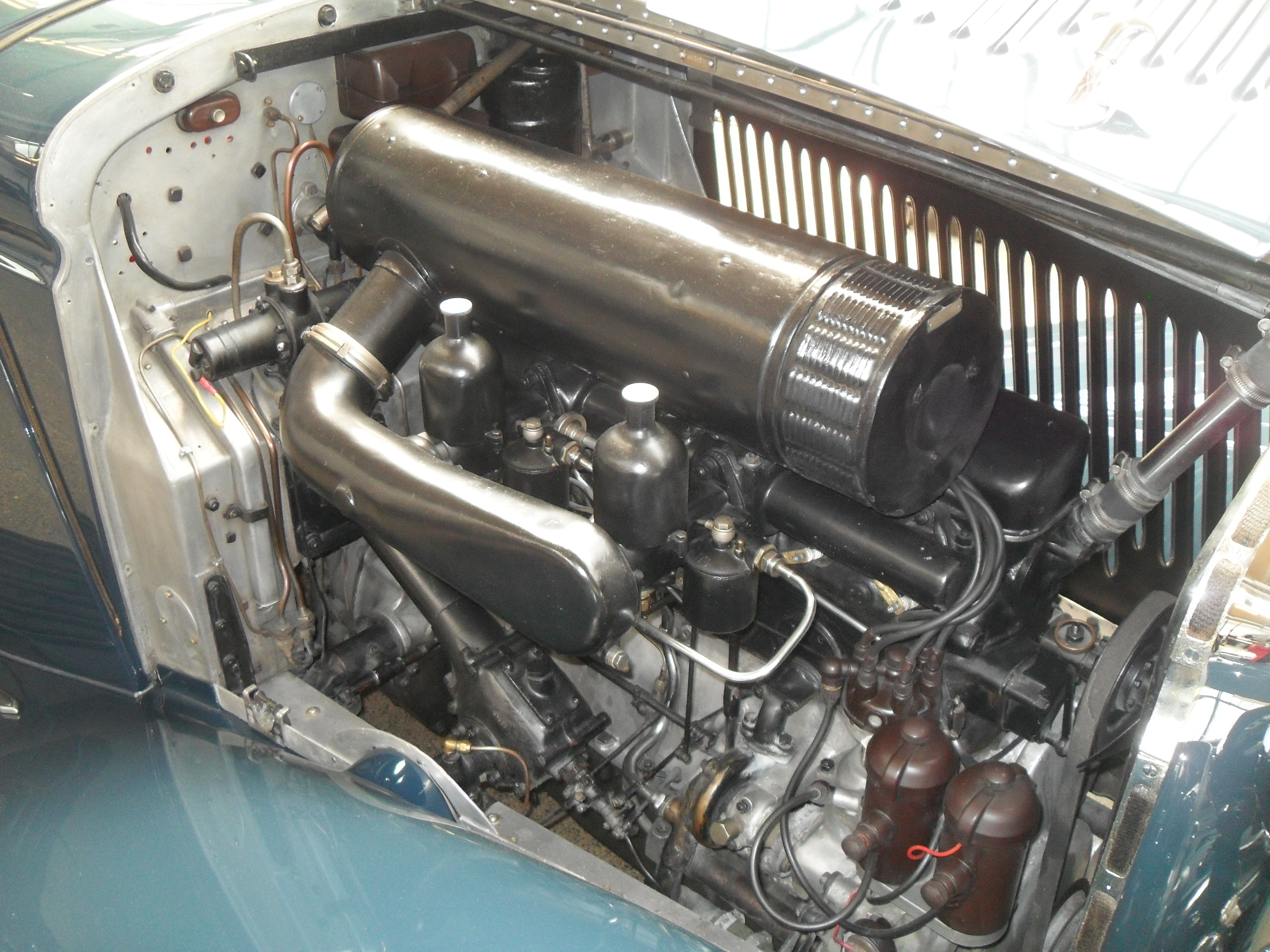 During the late 1920s and early 1930s Bentley ran into grave financial trouble and by 1931 Rolls-Royce had stepped in and bought the assets and goodwill of the defunct company and formed a new one, Bentley Motors (1931) Ltd. Rolls-Royce had considered the Bentley marque to be a growing threat to their future success, but following their purchase decided to continue the Bentley name, albeit under their own stewardship, taking the company in an entirely new direction with the creation of the Silent Sports Car or Derby Bentley. In 1933 the new Bentley 3.5 Litre model was released and was an instant success. The combination of effortless power and style met with almost universal praise. It was powered by a developed twin carburettor version of Rolls-Royces own 20/25 model and was installed in a low 126 inch wheelbase chassis that basically remained unaltered until the cessation of production in 1939 due to the outbreak of hostilities. Synchromesh was present on third and fourth gears and the Derbys were fitted with a cross flow cylinder head and superb servo assisted brakes, encapsulating all of the perfection of Rolls-Royce engineering in this small sporting Bentley. Fitting of individual coachwork by approved body builders continued in true Rolls-Royce fashion giving potential buyers a great deal of choice in the look of their new motor car. 1936 saw further improvements with the introduction of the 4.25 Litre model when production of the 3.5 Litre unit ceased.

One of the first 4.25 Litre examples built was Chassis No B198GA, completed in June of 1936, just three months into production of the new model. It began life with a Park Ward saloon style body as so many Derby Bentleys did, but was re-bodied into its current configuration some decades ago, with an original open tourer body by Corsica. Based in Corsica Street, Islington, London, Corsica were better known for coachwork on vintage Bentleys and Bugattis, producing only three open tourer bodies for Derby chassis. One body was fitted from new, to Chassis No B79JY and two further cars were re-bodied in this style, those being B116DG and also B198GA, the car we are currently offering for sale. The three Corsica bodies were built in a style very reminiscent of the Vanden Plas (Malcolm Campbell) style tourer, with cut away doors and flowing lines. Chassis No B198GA has been supplied by Frank Dale & Stepsons on more than one occasion in the past, in 1985 when supplied to a long standing customer who kept and enjoyed the car until 2011. At this point the car was supplied again by Frank Dale & Stepsons and following purchase, the new owner instructed some cosmetic restoration work, which included all of the chrome being restored, the coachwork restored and re-painted in dawn blue, a new hood in dark blue and some interior improvements to complement the mechanical preparation works we carried out. The car was then driven to southern Italy where it has been enjoyed in more recent times. We are delighted to have this motor car back for sale again in 2017. It drives superbly and being so light is very sporty when considering its performance on the road. It is also complete with its original handbook and a selection of tools. Being one of just three bodies produced by Corsica, Chassis No B198GA may represent an opportunity not soon to be repeated.