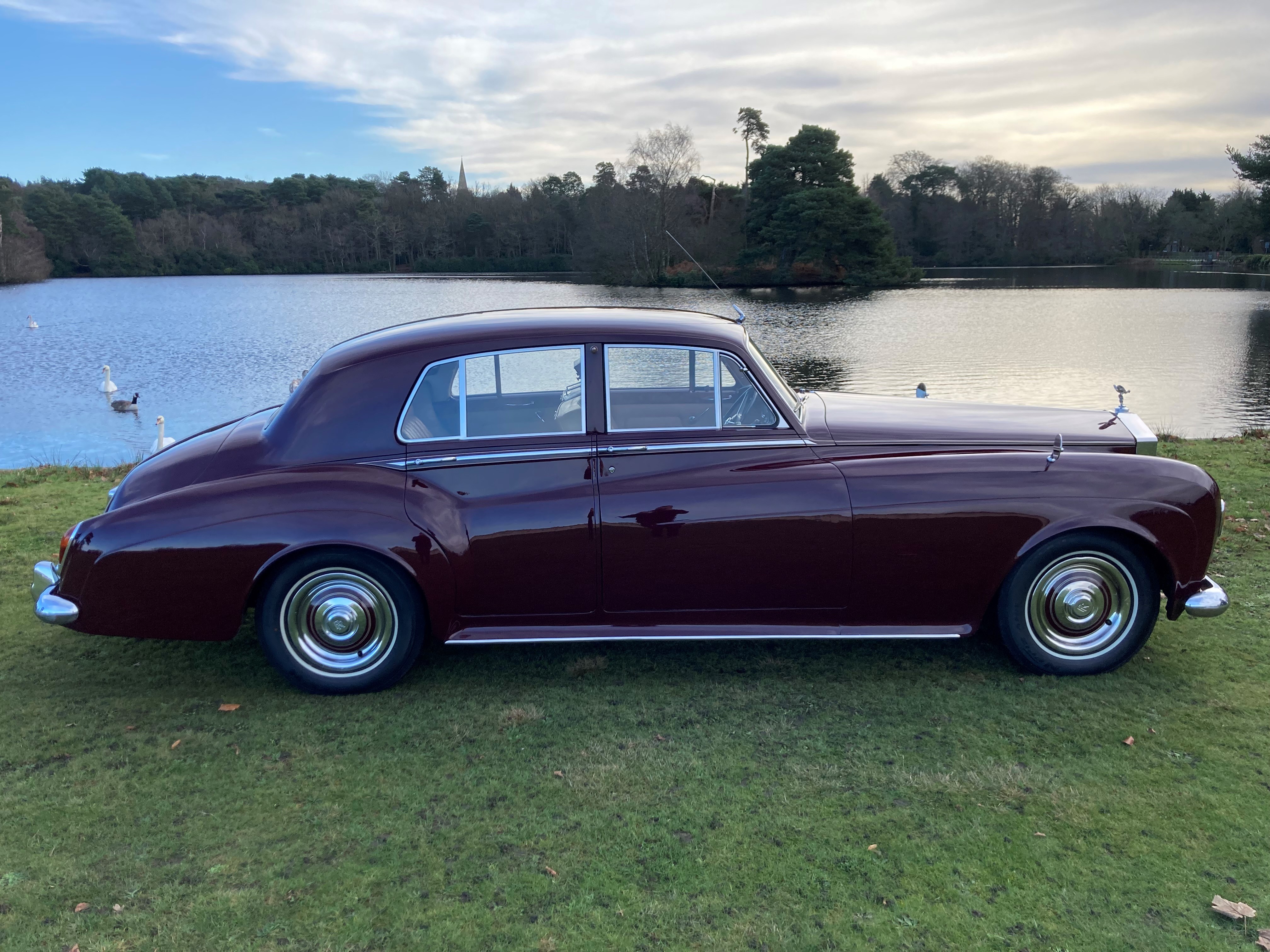 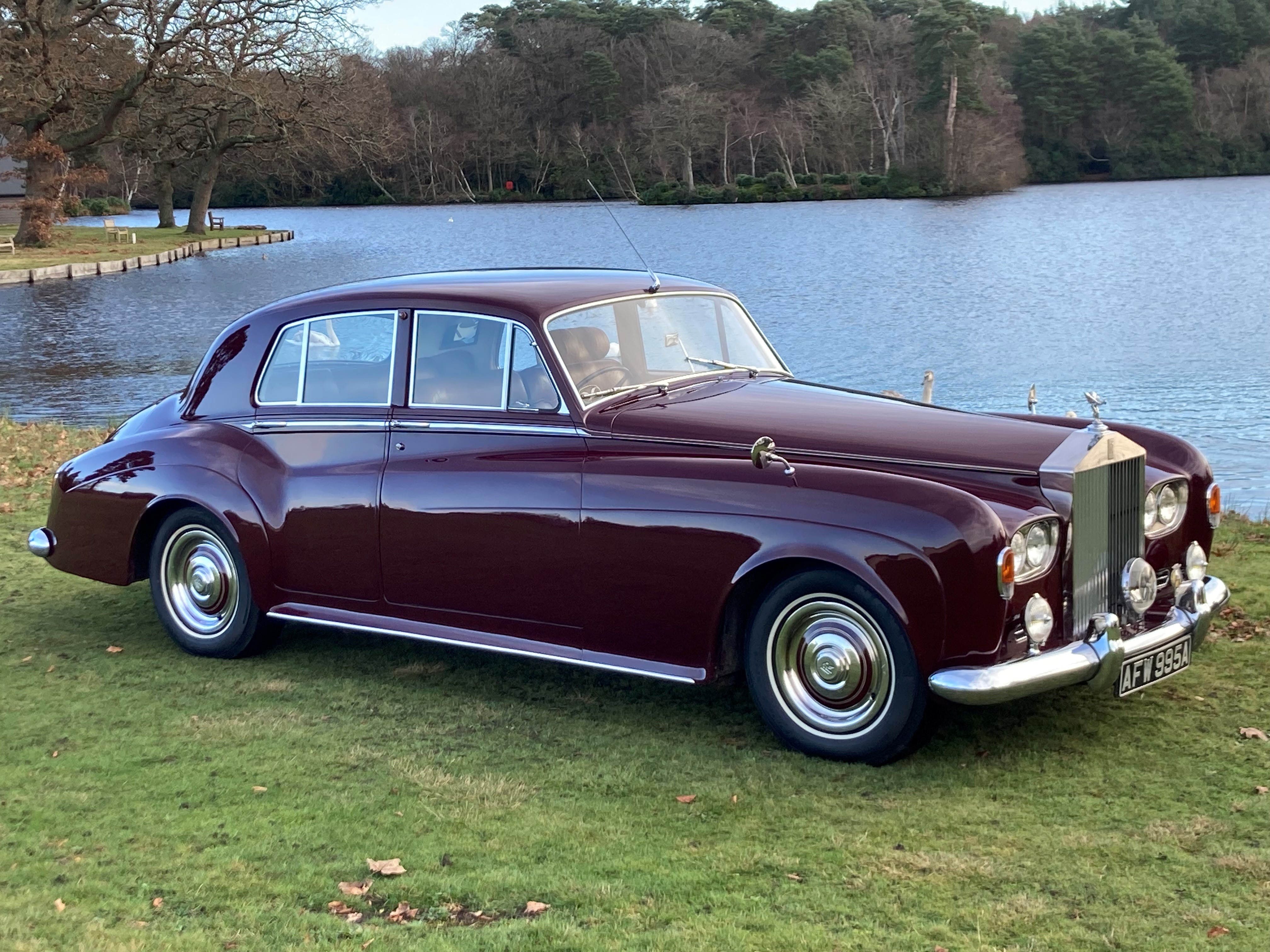 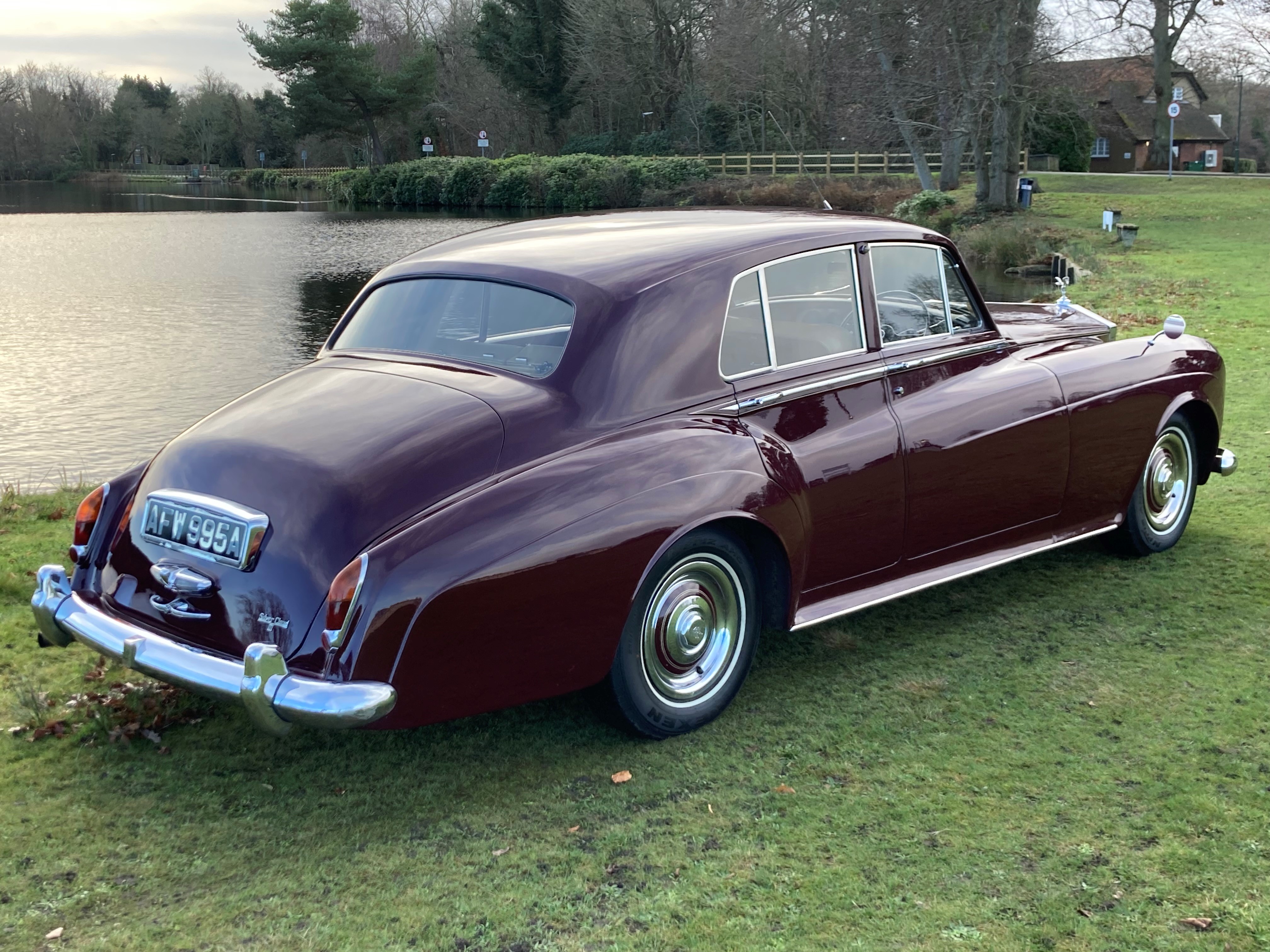 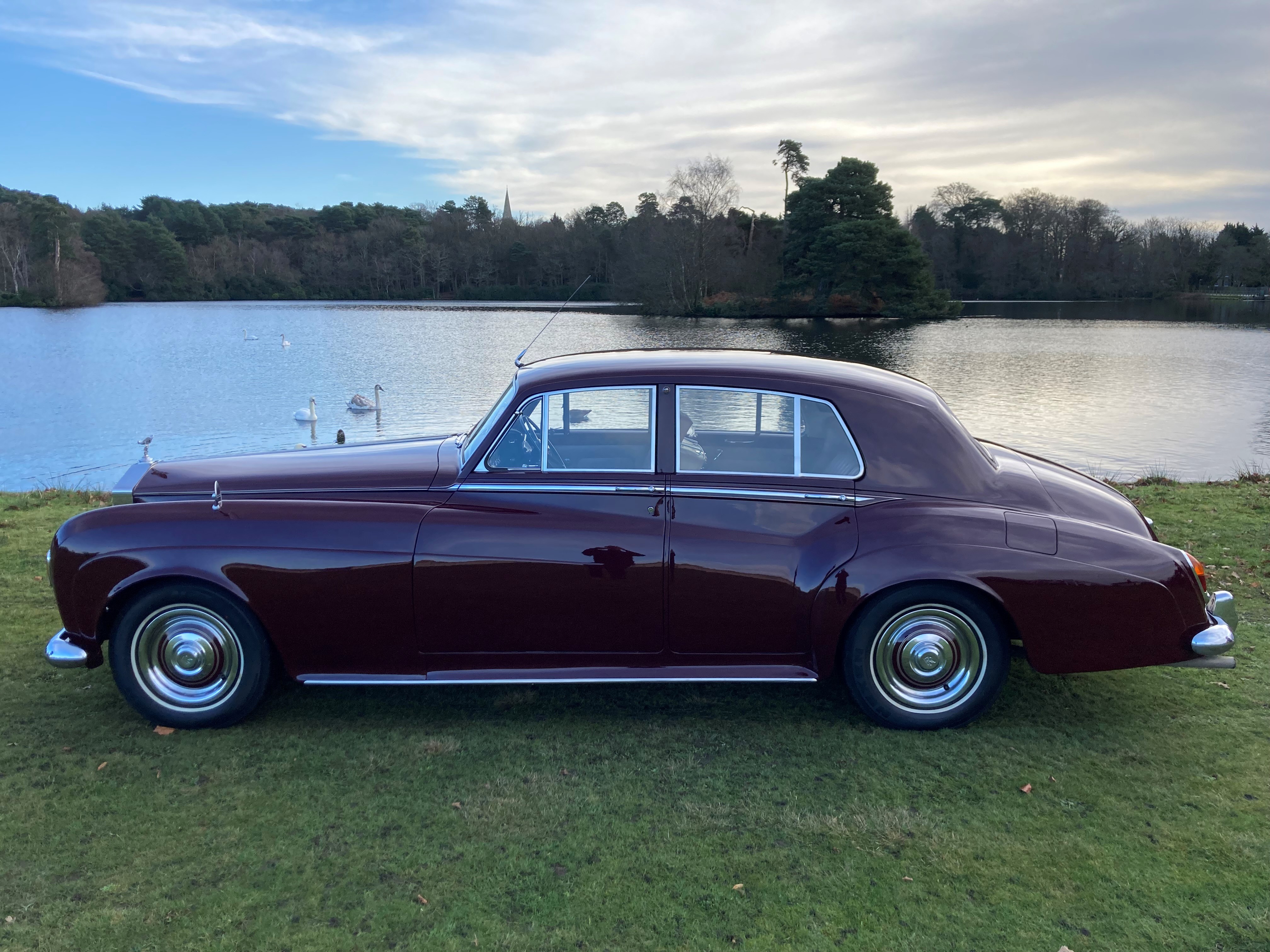 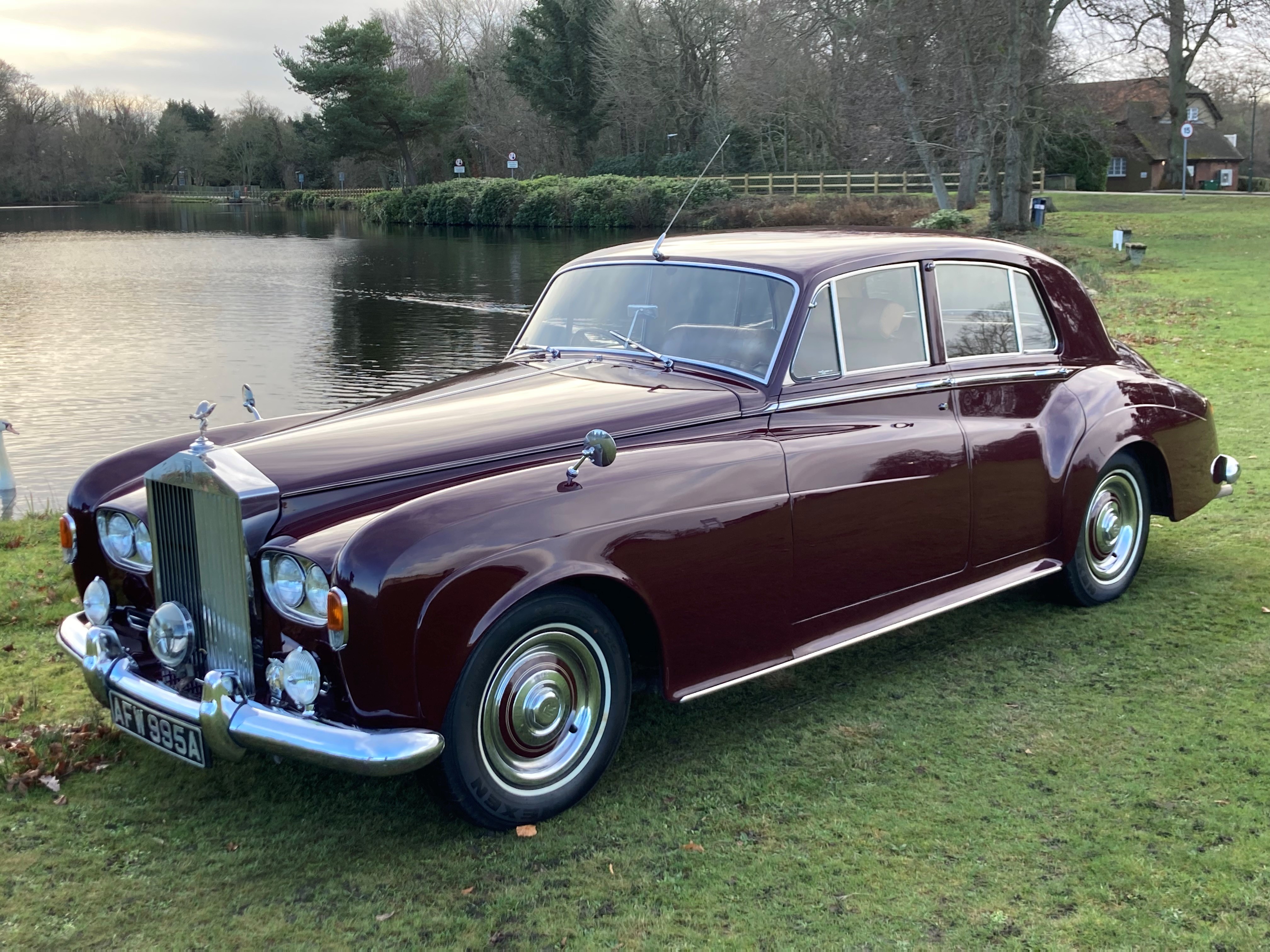 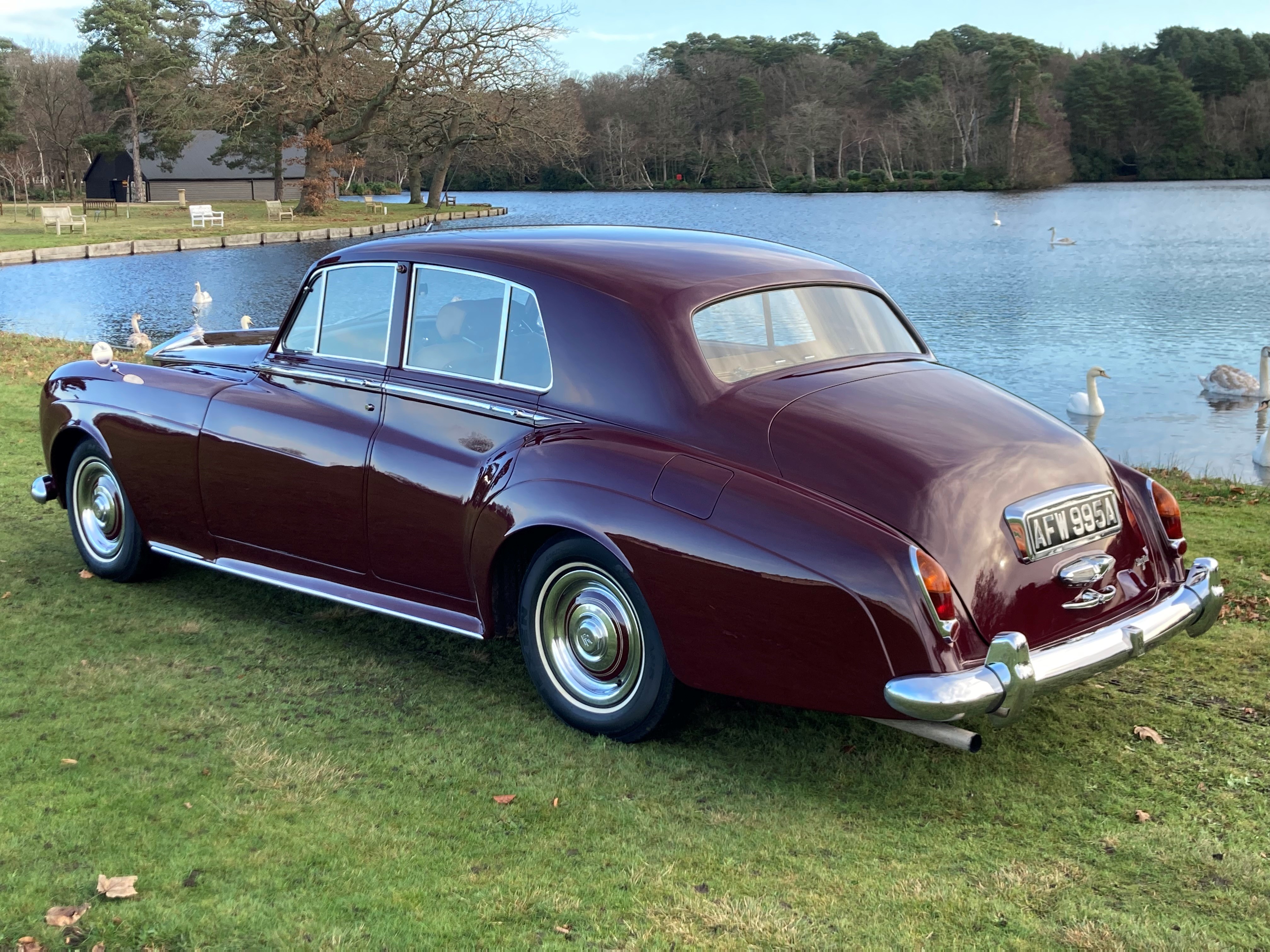 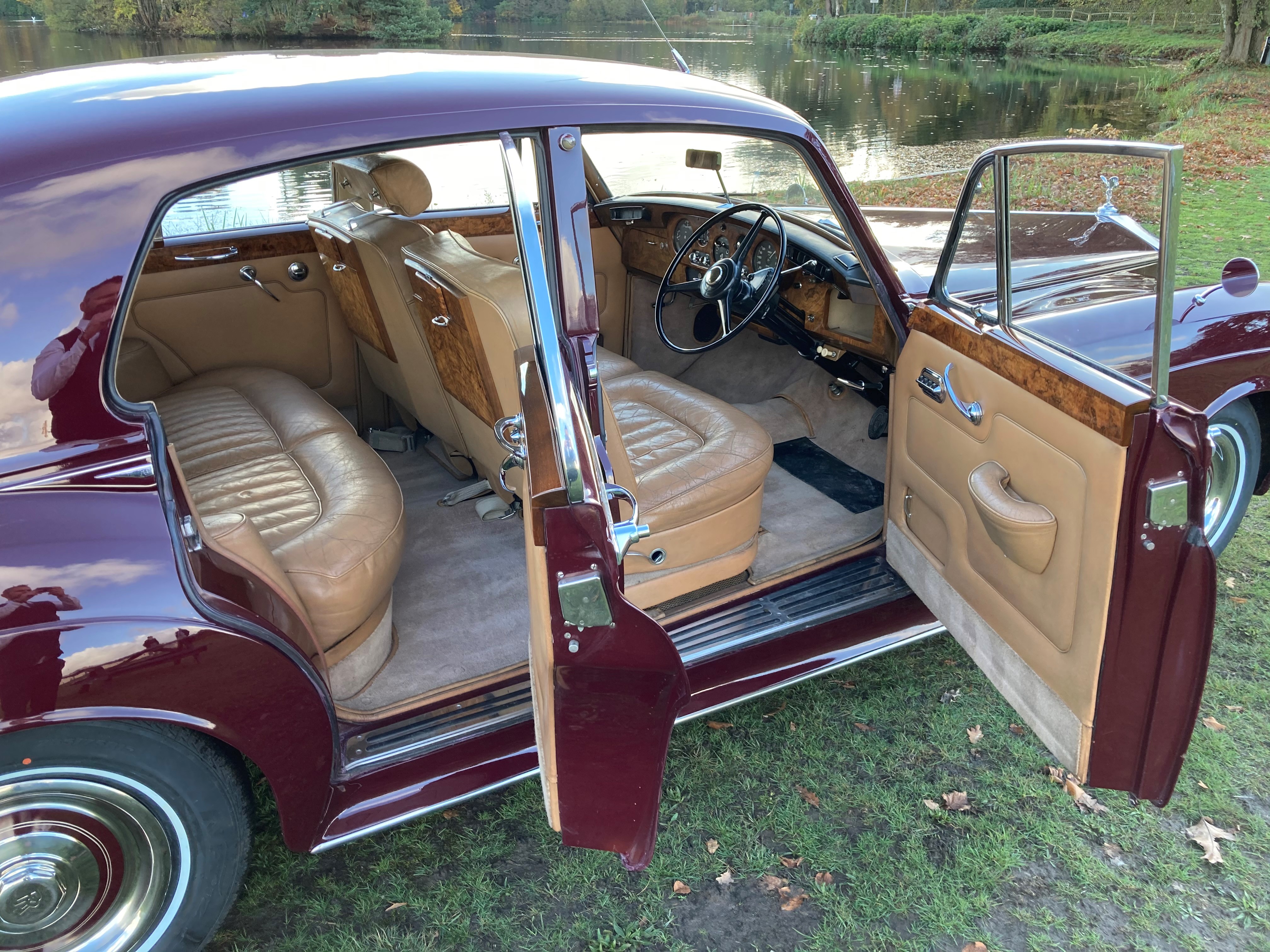 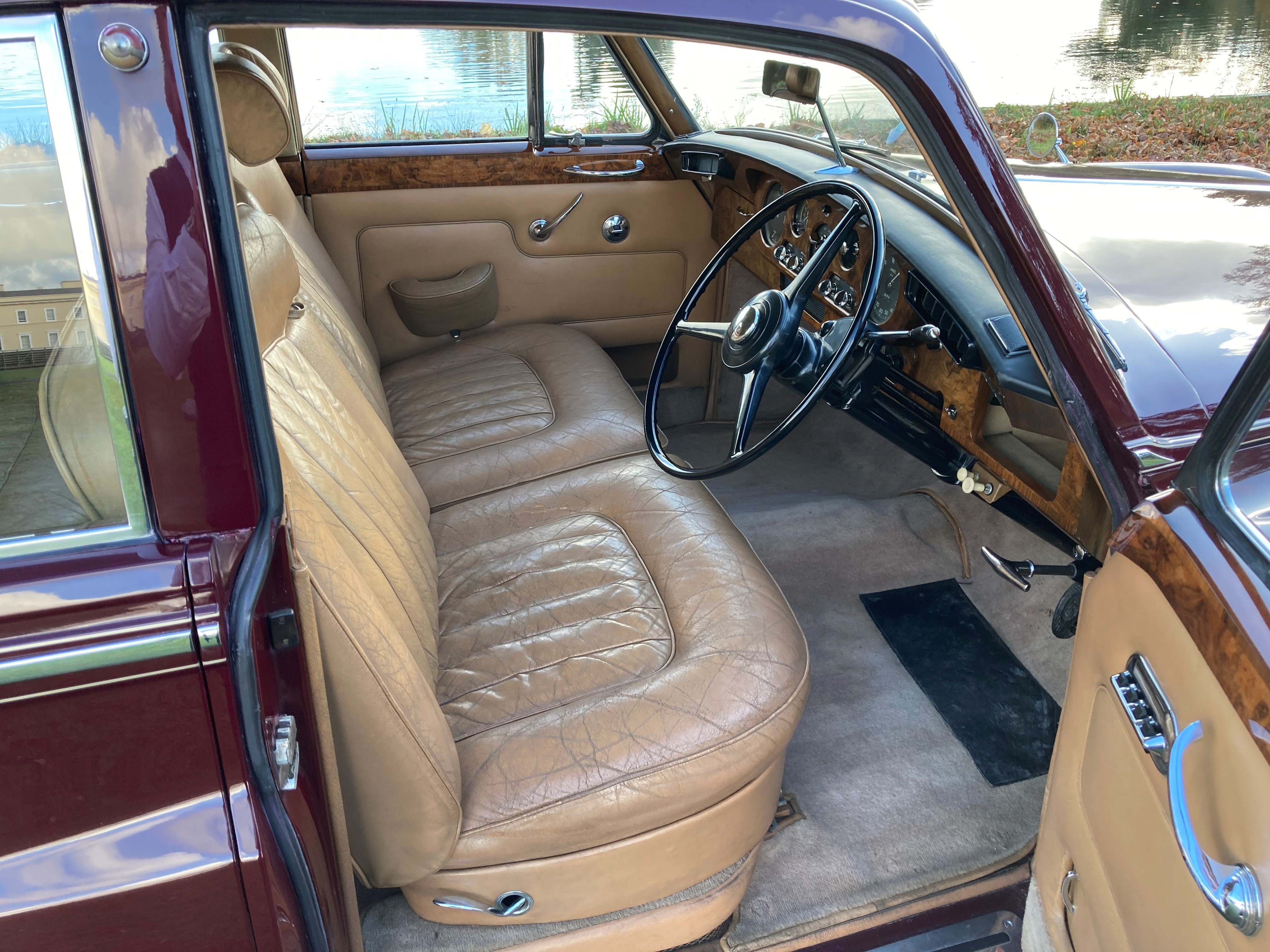 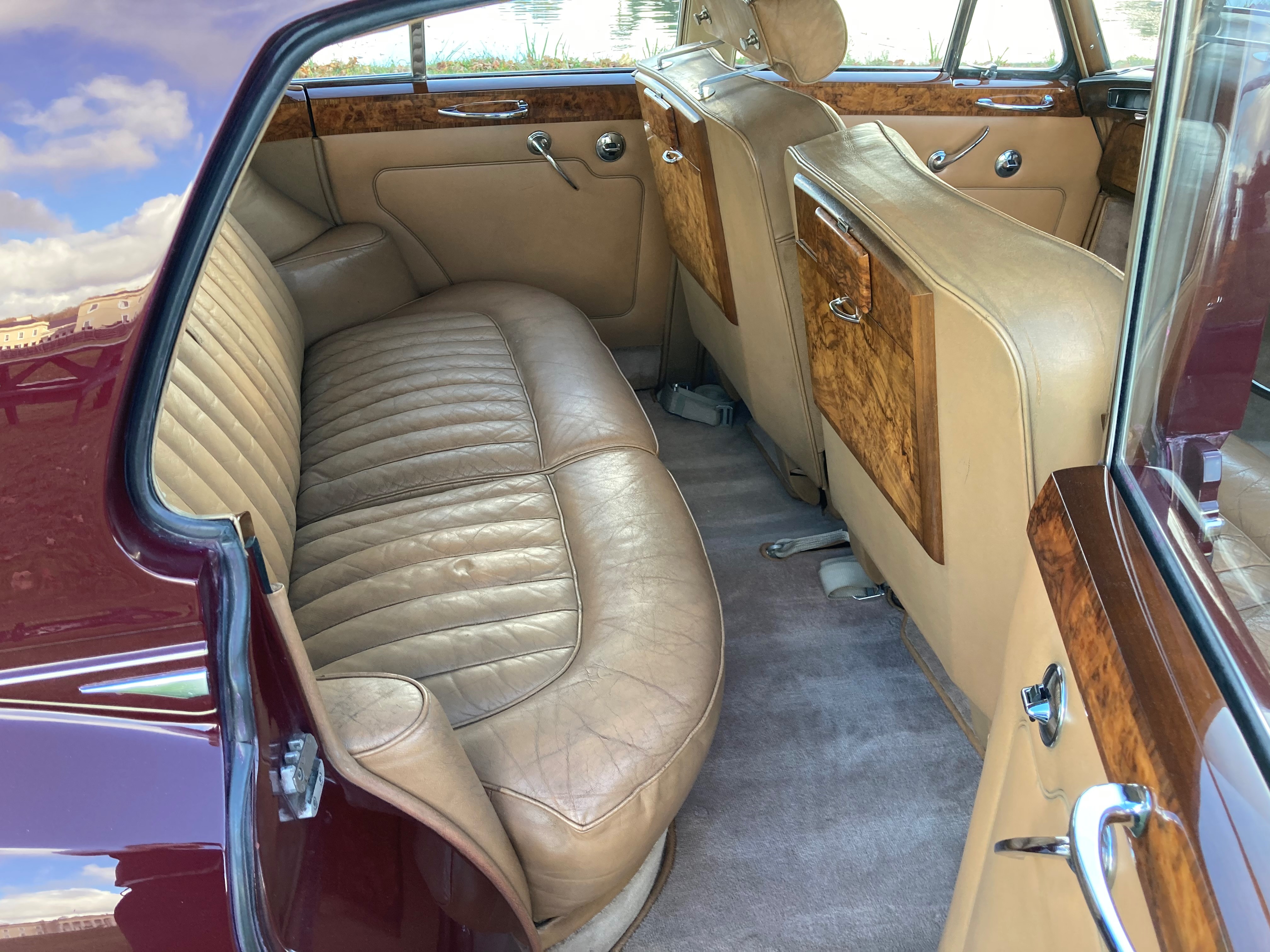 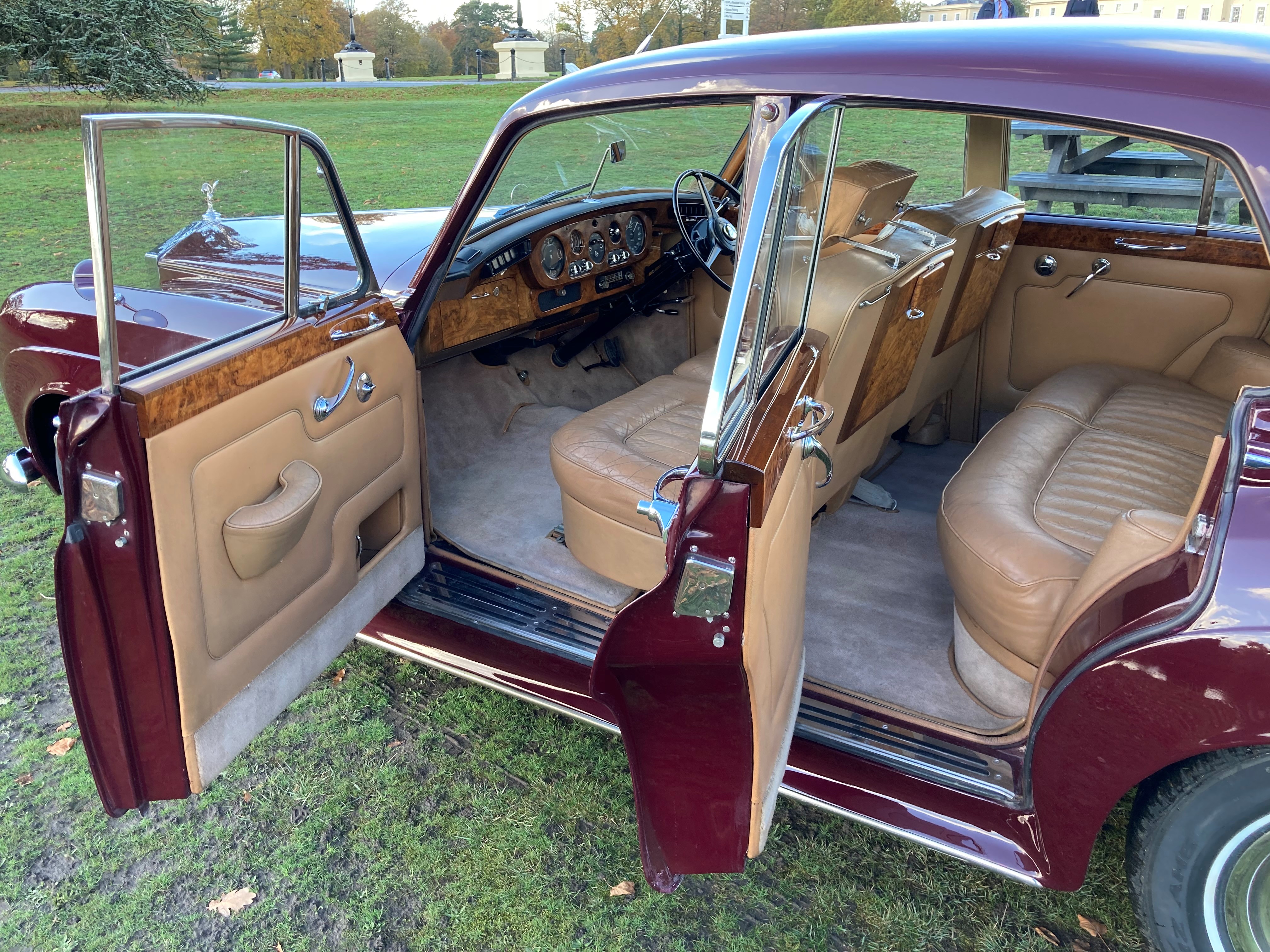 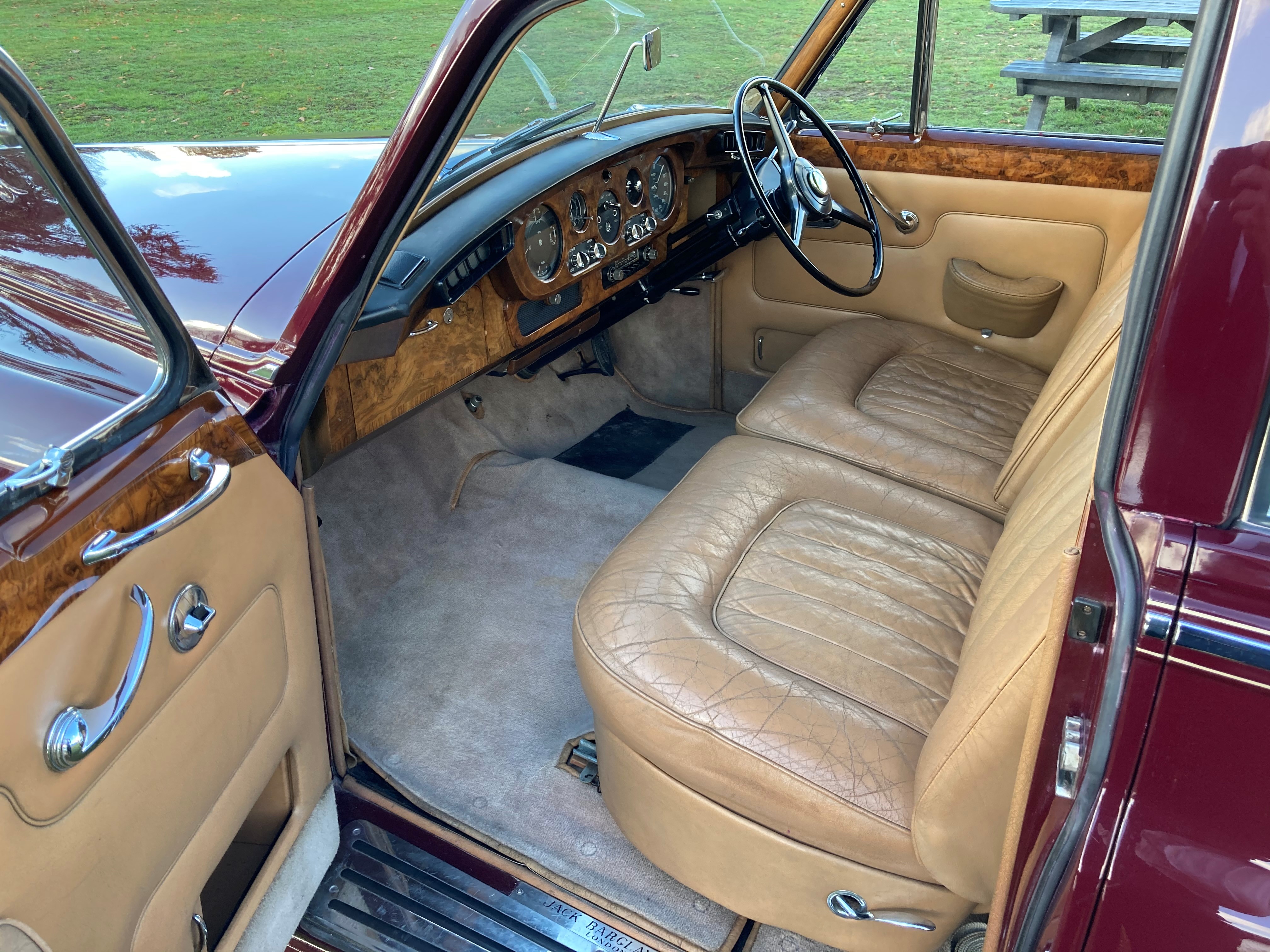 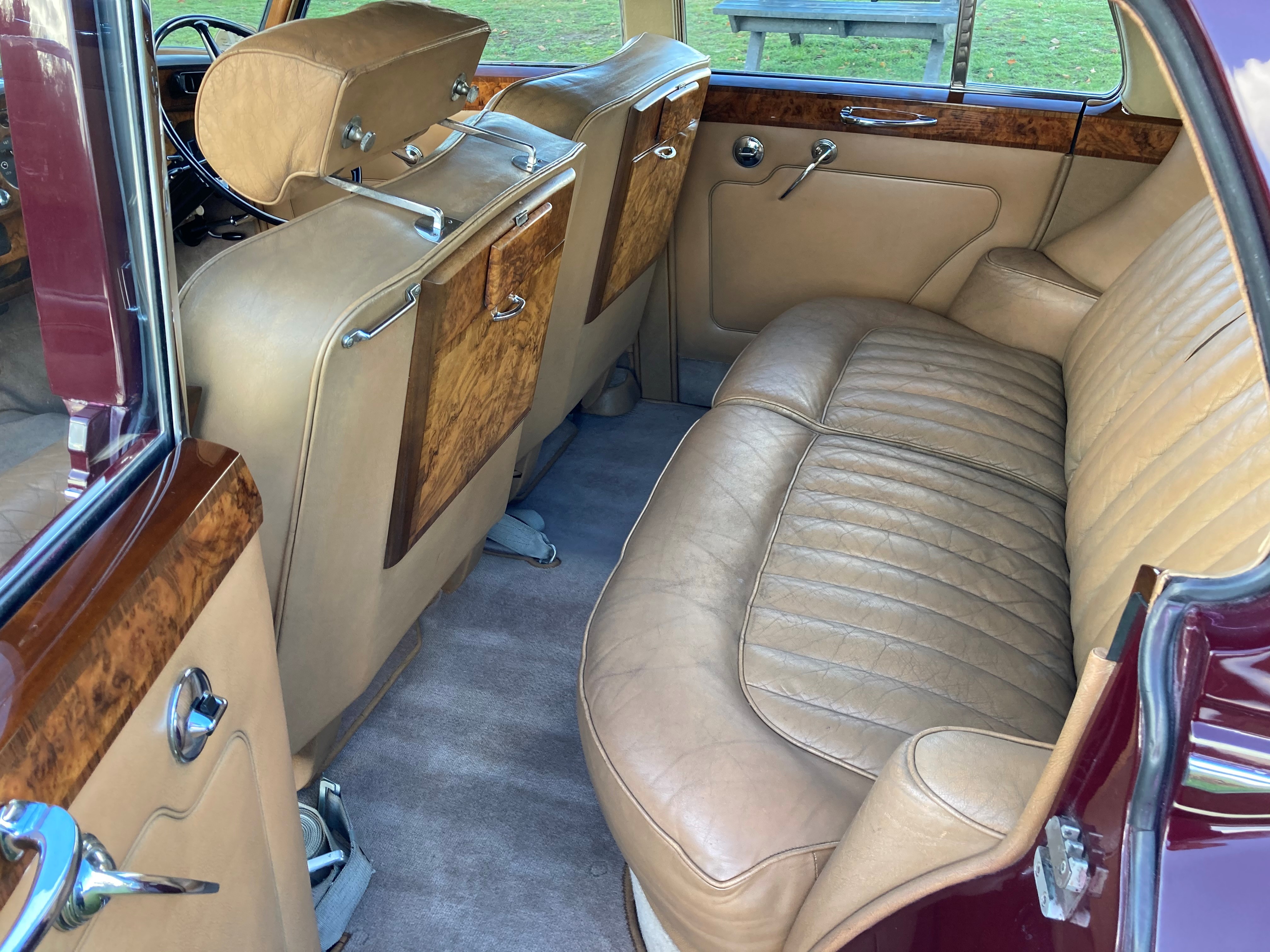 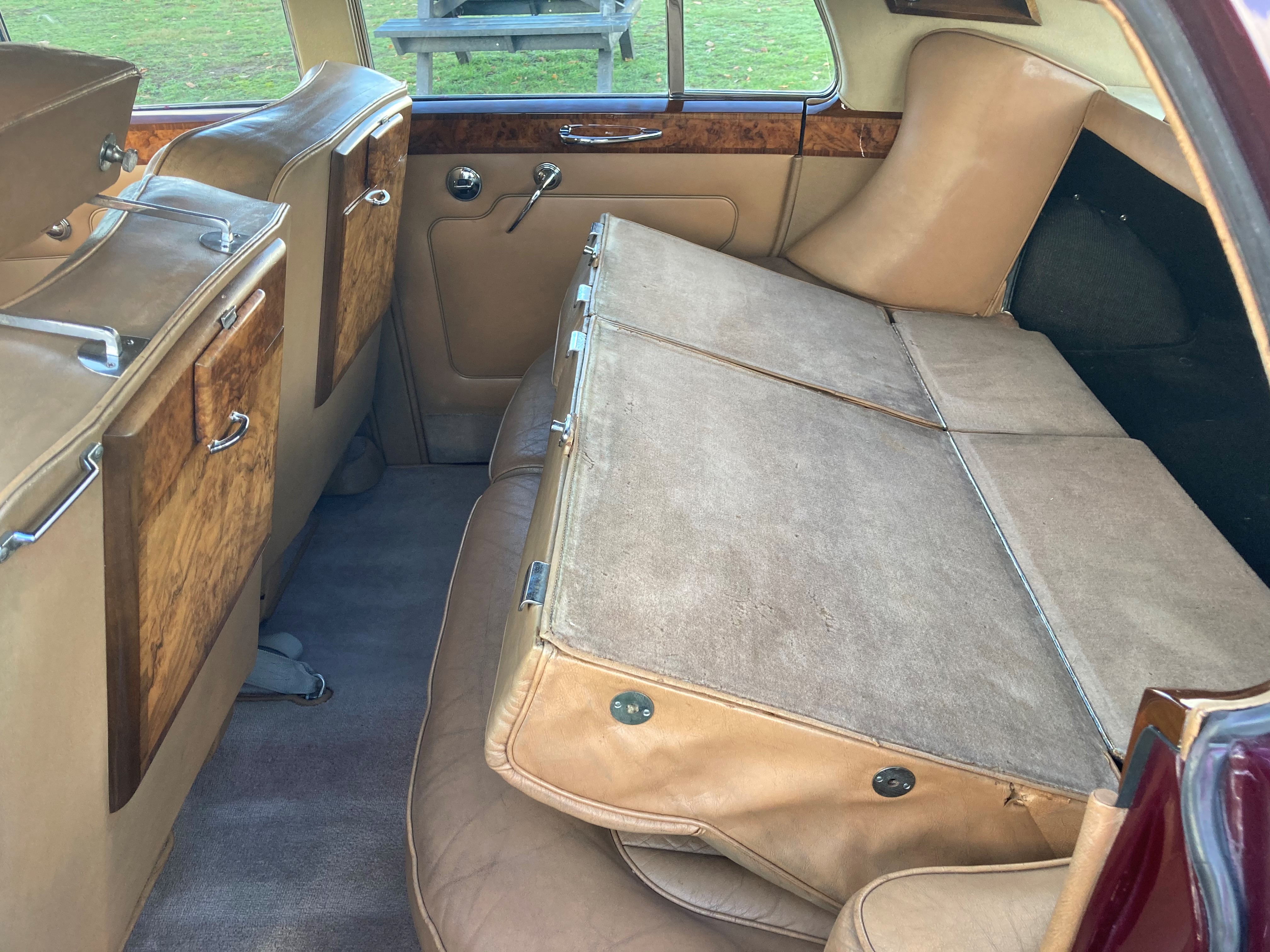 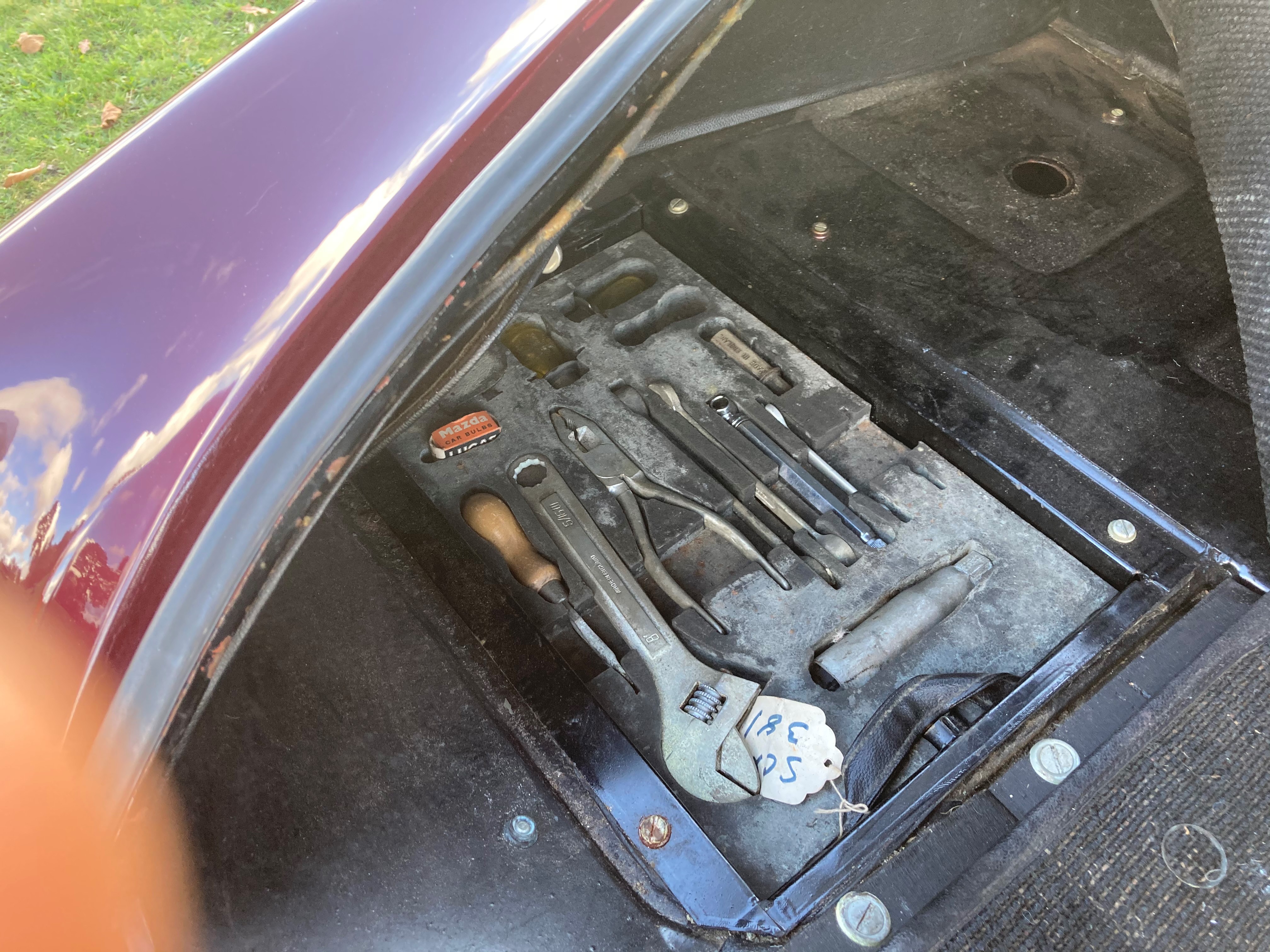 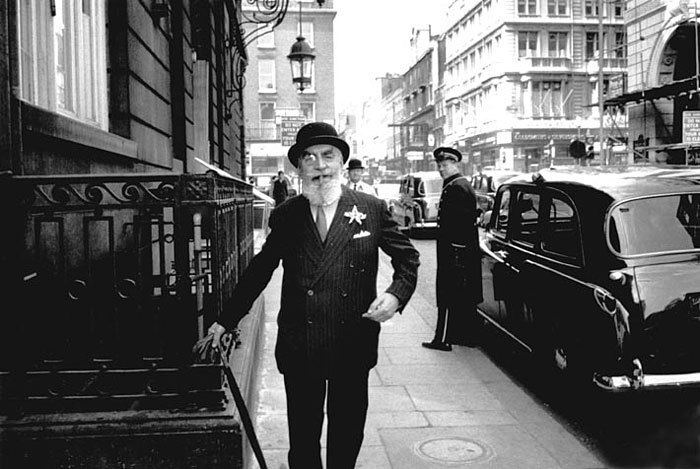 1962 saw the introduction of the Rolls-Royce Silver Cloud III which was to be the final variant of the factory bodied standard steel saloon. At first glance it would appear that the all new Silver Cloud III was merely a Silver Cloud II with different headlamps. The introduction of the twin headlamps was clearly the most obvious change, but the differences did not end there. Further changes included the introduction of smaller bumper over riders and the repositioning of the front indicators and side lamps into one single unit on the front wing, resulting in an arguably more attractive appearance. Mechanically speaking the Silver Cloud III was issued with larger 9:1 compression ratio carburettors, improved power steering to aid smoother movement at parking speed and a Lucas vacuum-advance distributor to aid fuel consumption, making it almost identical in mechanical specification to the Bentley S3 Continental that was being produced at the same time.

Chassis NoSCX381 which we are currently offering for sale was completed in February of 1963 and supplied by Jack Barclay Ltd. It was supplied new to Mr Nubar Gulbenkian, the immensely wealthy playboy who famously had a passion for Rolls-Royce motor cars. Gulbenkian had several Silver Wraiths built by Hooper to his own personal tastes in the 1950s. With money being no object, his cars were often outlandish and sometimes divided opinion. Gulbenkian ordered Chassis No SCX381 to be finished in burgundy (ICI M 048-3231) with tan leather (VM846) the colour scheme it still retains almost sixty years on. It was ordered with electric windows and parking/blinking lights on both centre pillars. In true Gulbenkian style, the car was then dispatched to Radford prior to delivery, to have the rear seat backs adapted, so they would fold down to a flat position to create a large space for luggage, or a space that could be used as a bed. The car was retained and used by Gulbenkian in London for just over four years, until it was sold by Jack Barclay Ltd to its second owners, Mr and Mrs Saundersof Ruislip in Middlesex in September of 1967.

The car was purchased by Mr R Schroeder of Norwich in the early 1970s and then Mr and Mrs Watts again of Norwich in the early 1980s who retained the car until 2020. The file that comes with the car contains numerous invoices throughout its history, detailing the maintenance, servicing and improvements made each year. In recent times Chassis No SCX381 has benefitted from some sympathetic improvements to the coachwork to bring the car back to showroom condition externally speaking. A few items have been chrome plated, the woodwork has been restored, new tyres have been fitted and the car has been mechanically prepared and tested to ensure reliability and pleasurable motoring. Chassis No SCX381 still retains its original interior which is untouched and beautifully patinated. It is also complete with a nice history file, copy chassis cards from the factory, its small and large tools plus its original handbook. This beautiful Silver Cloud III with a very interesting history has covered just over 78,000 miles from new and in our opinion is a car that will bring its next fortunate owner a great deal of motoring pleasure.