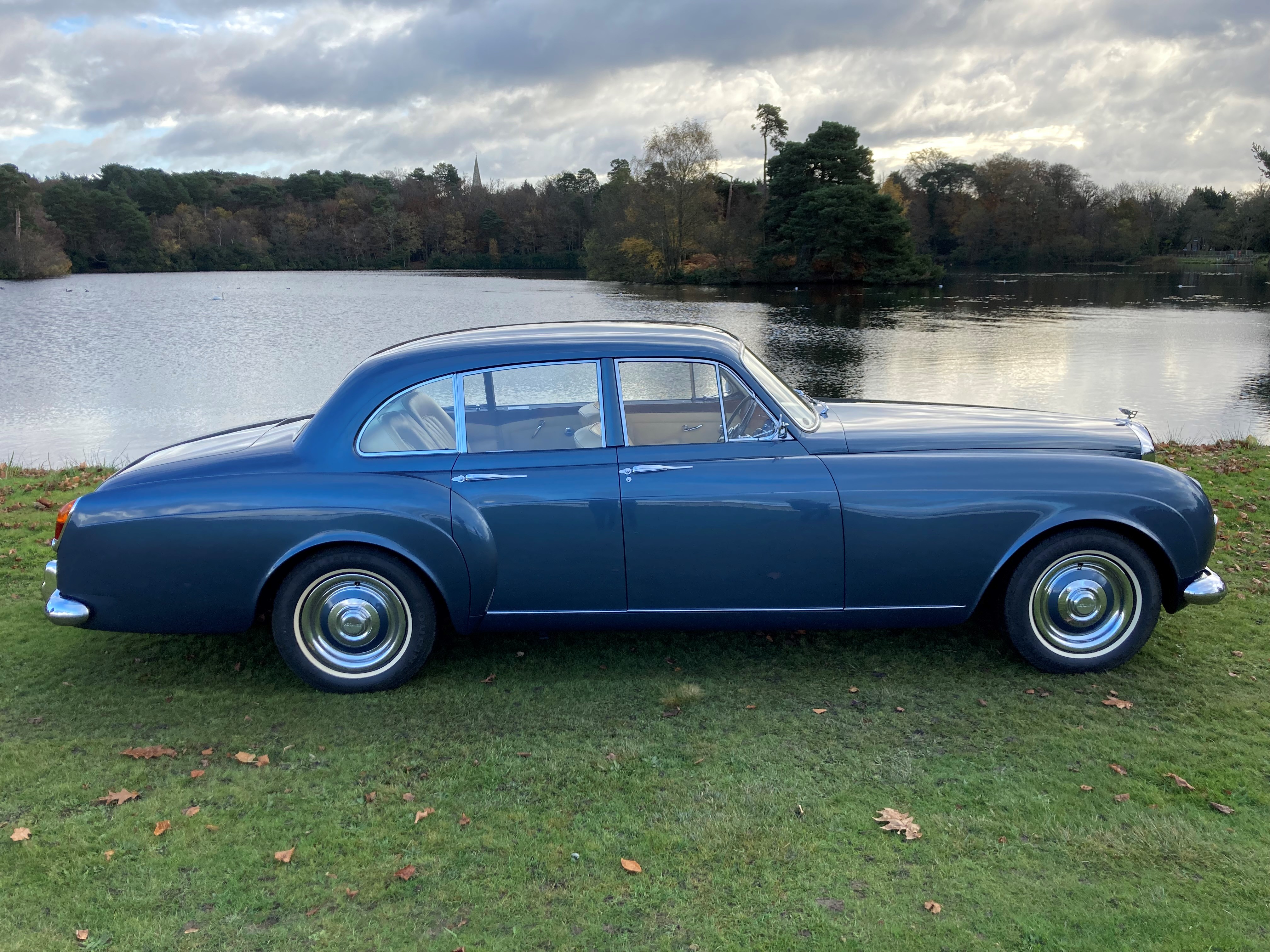 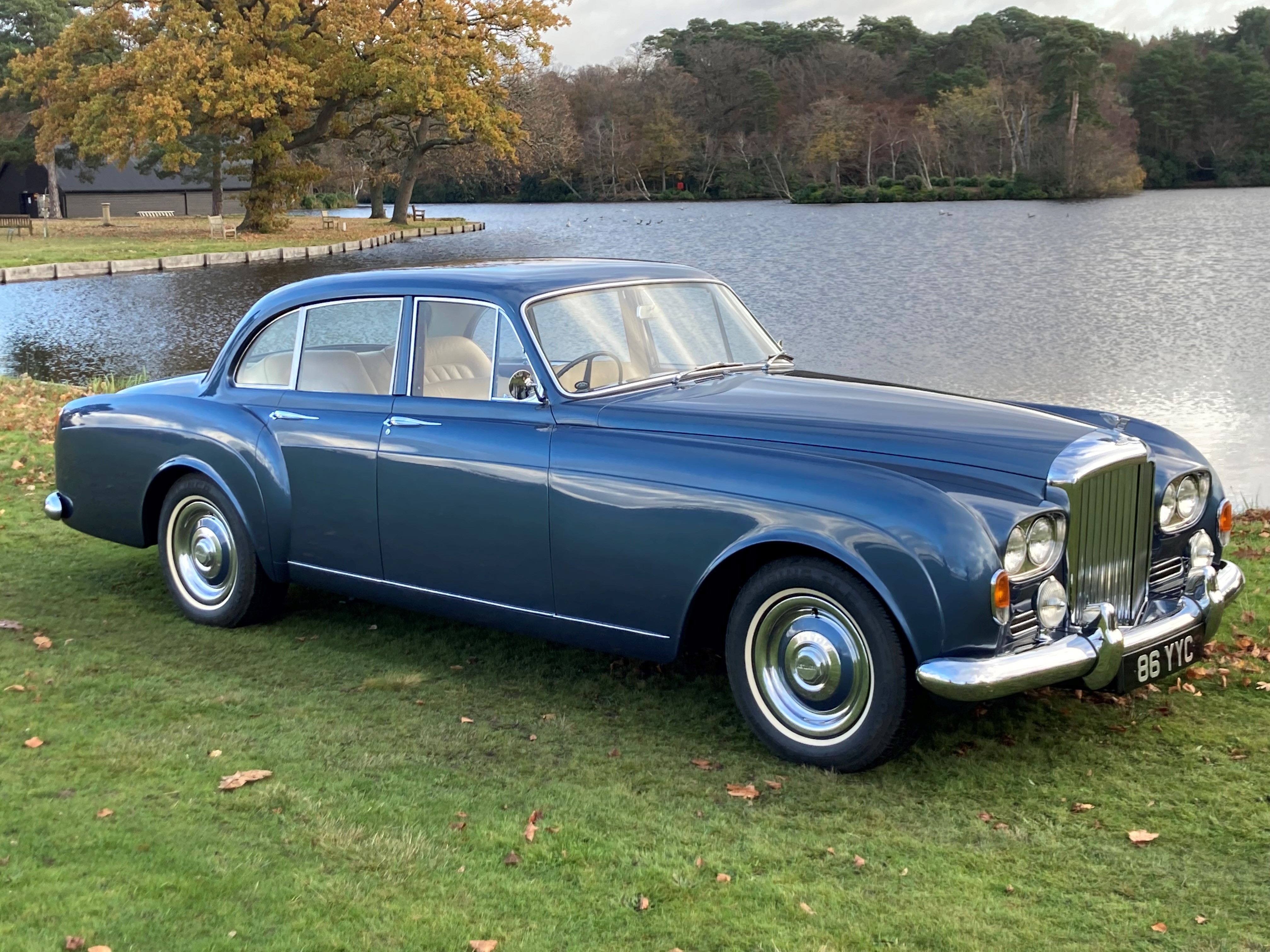 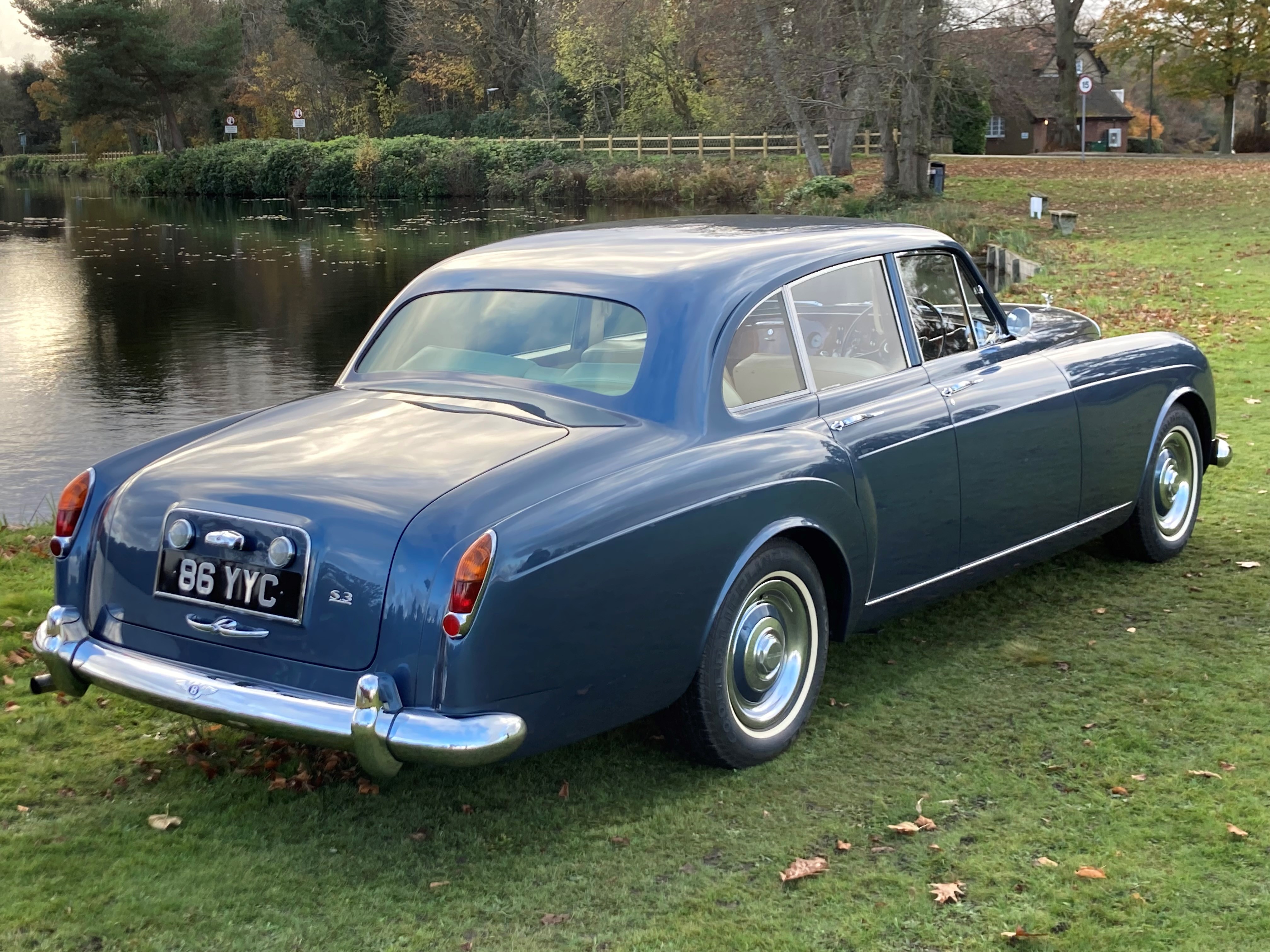 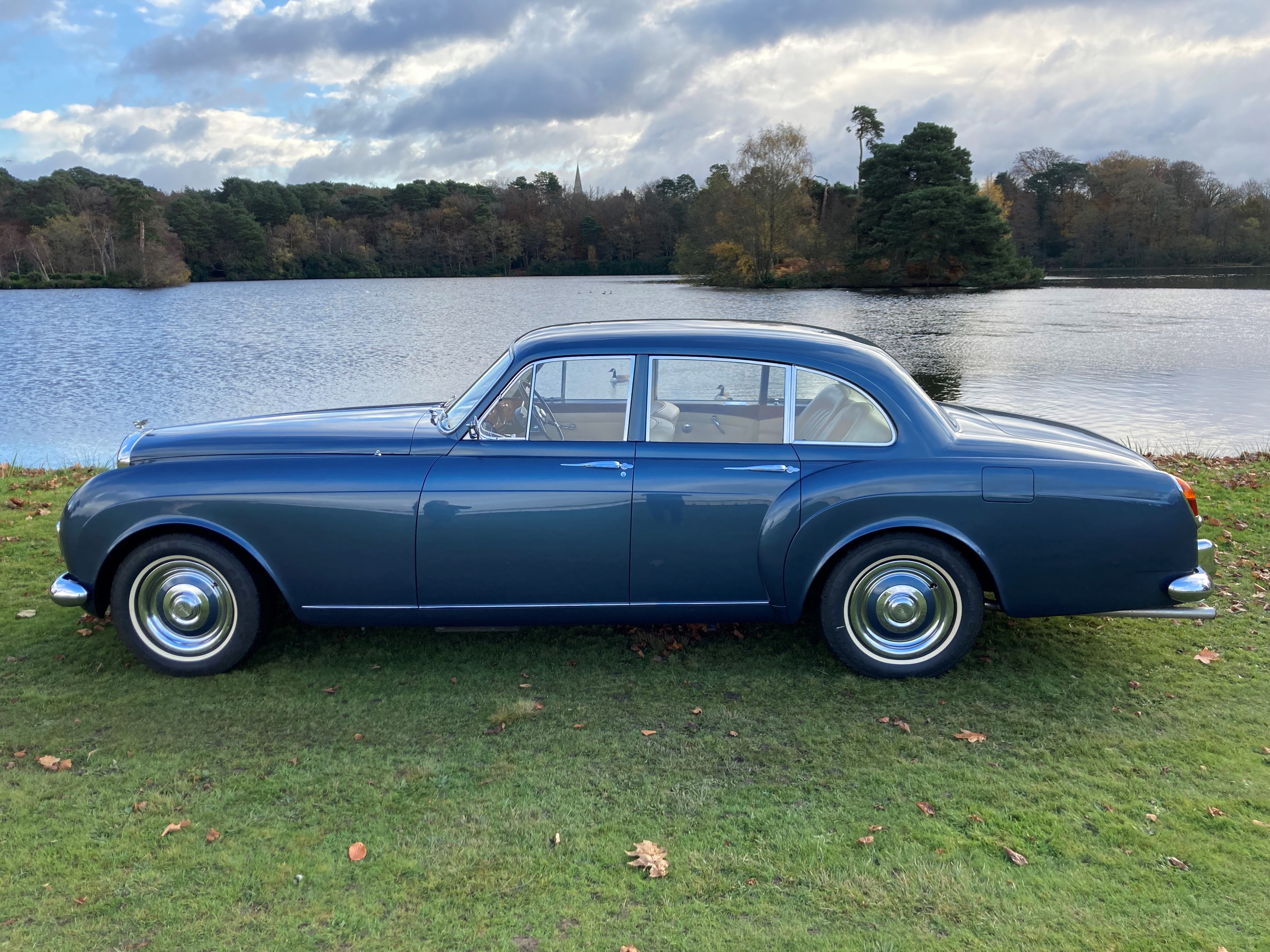 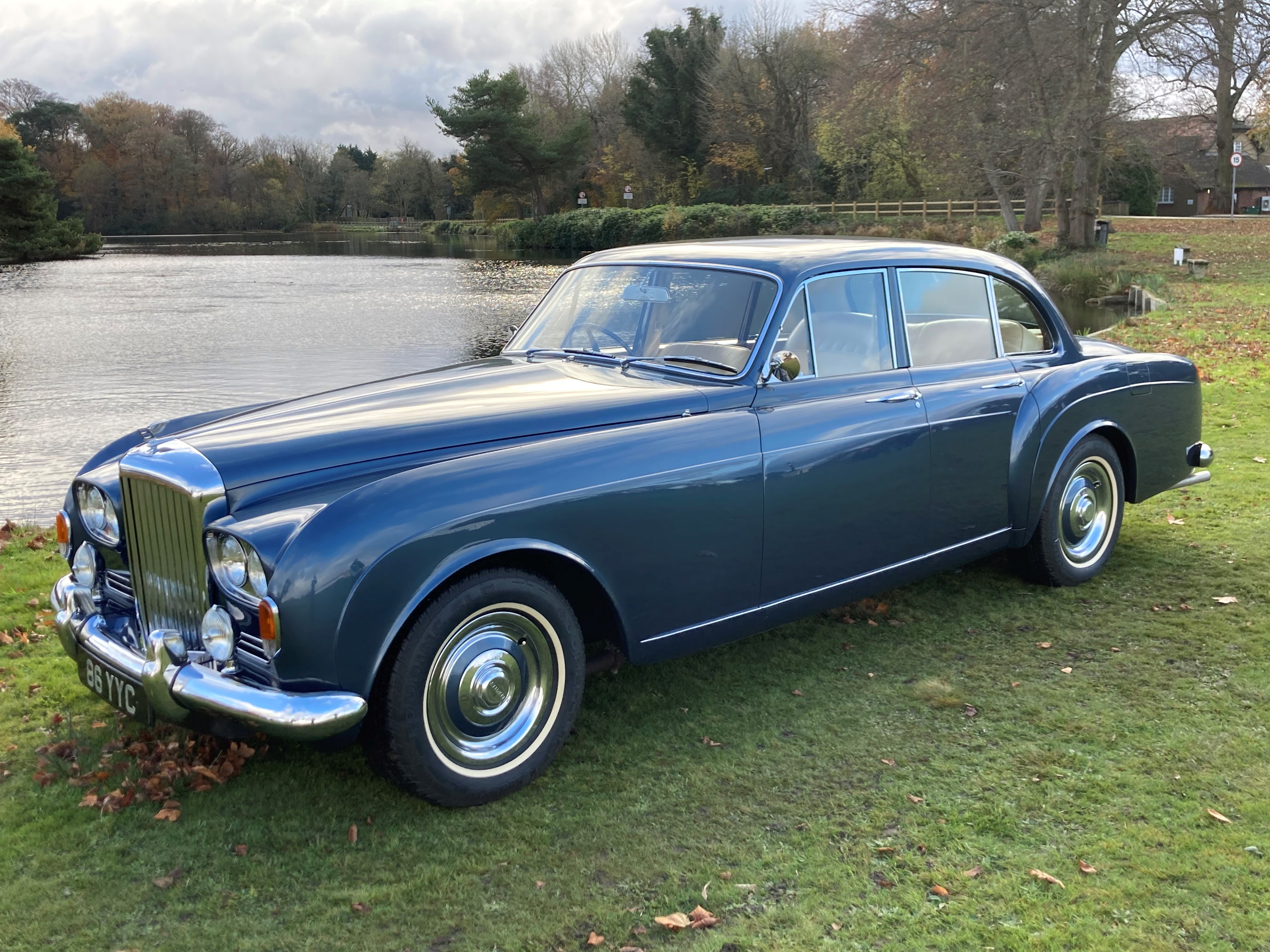 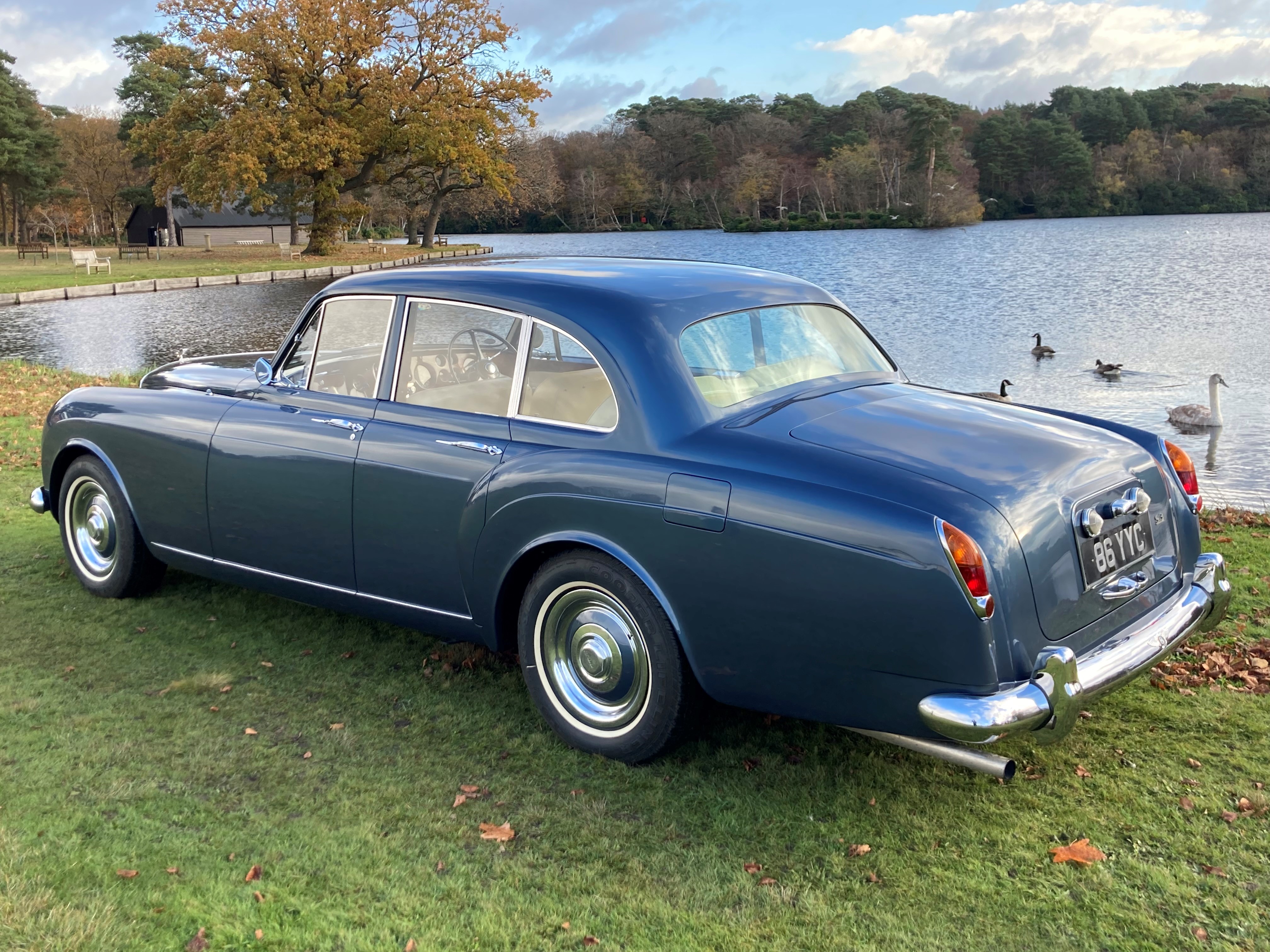 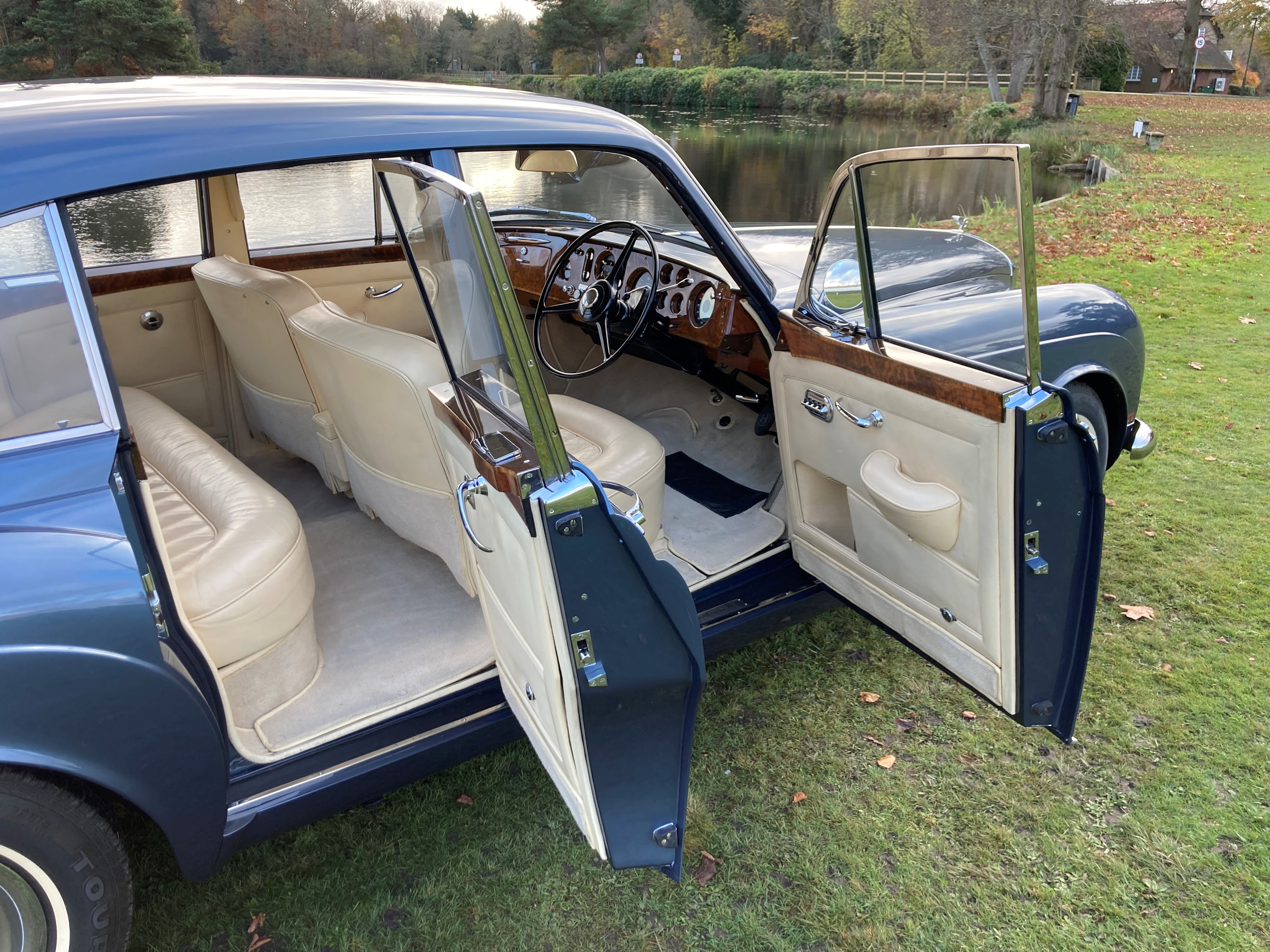 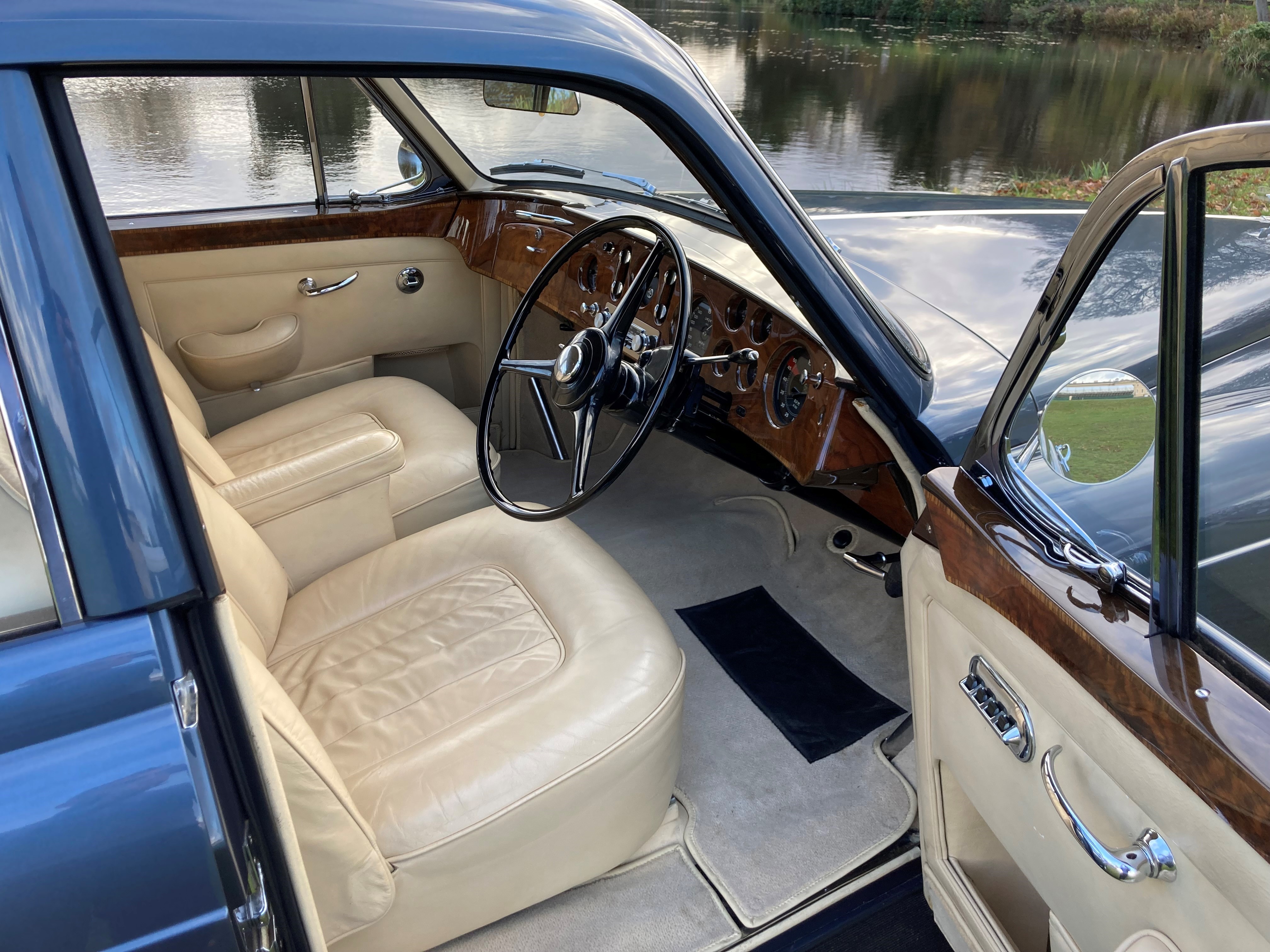 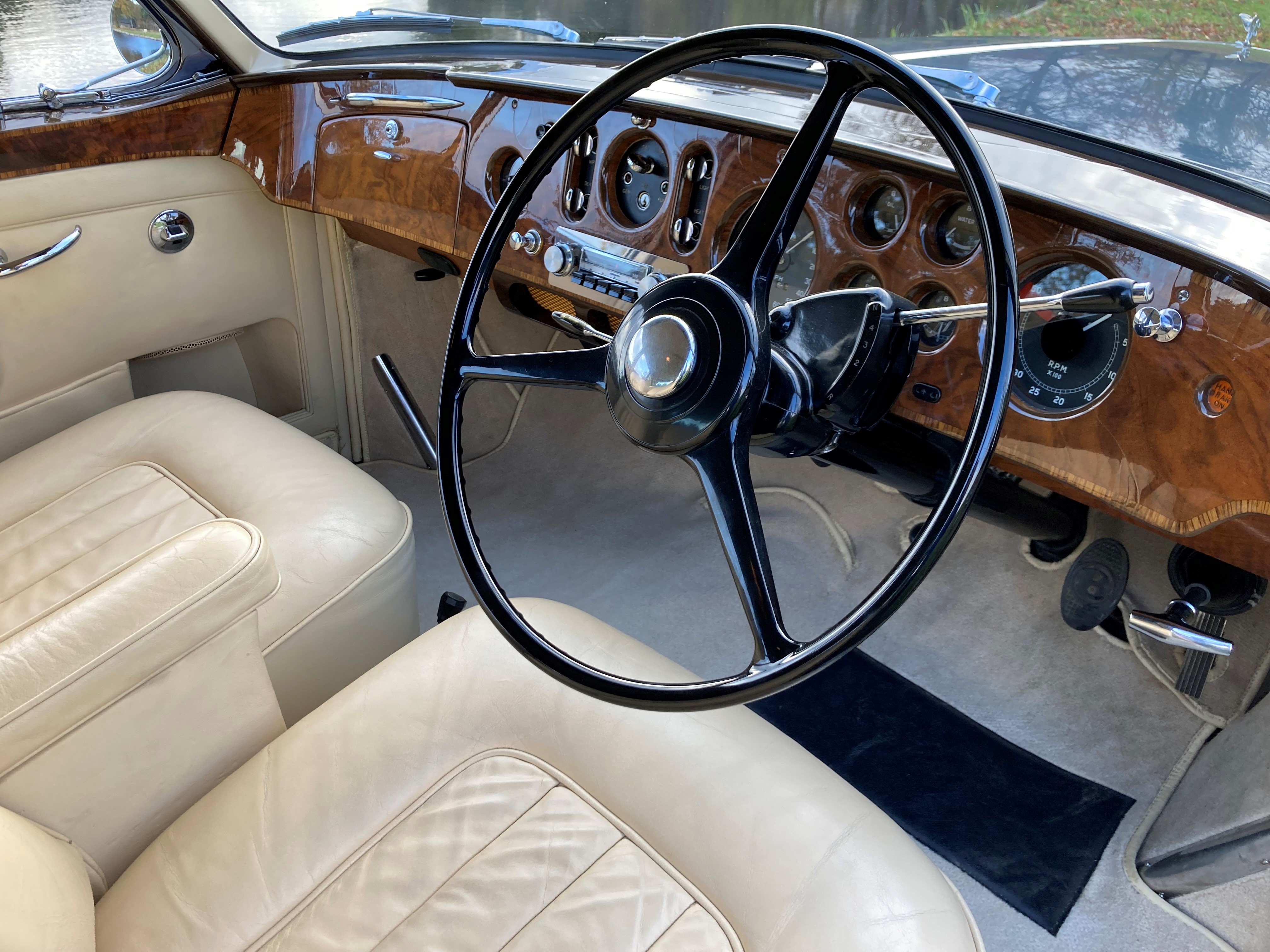 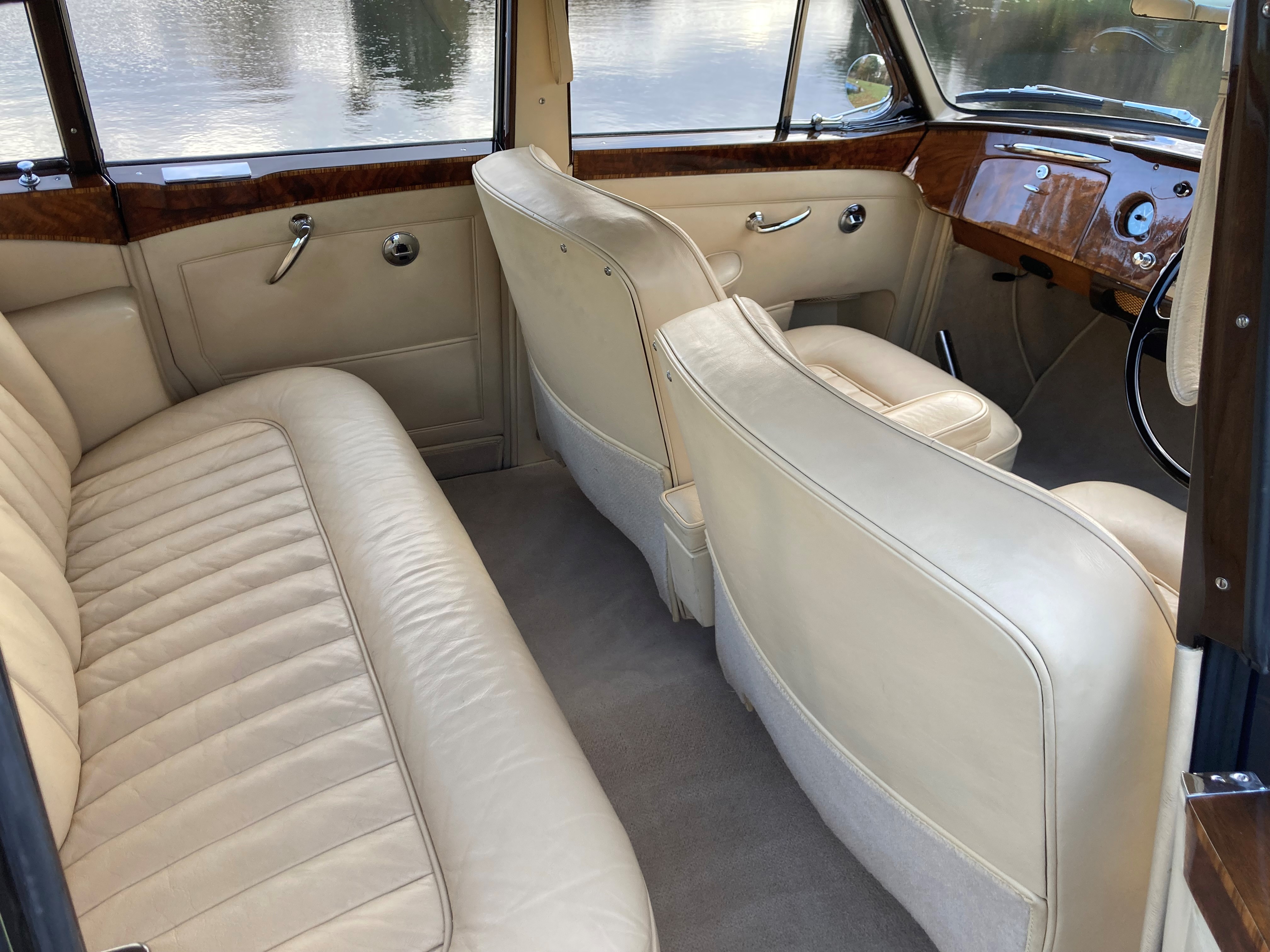 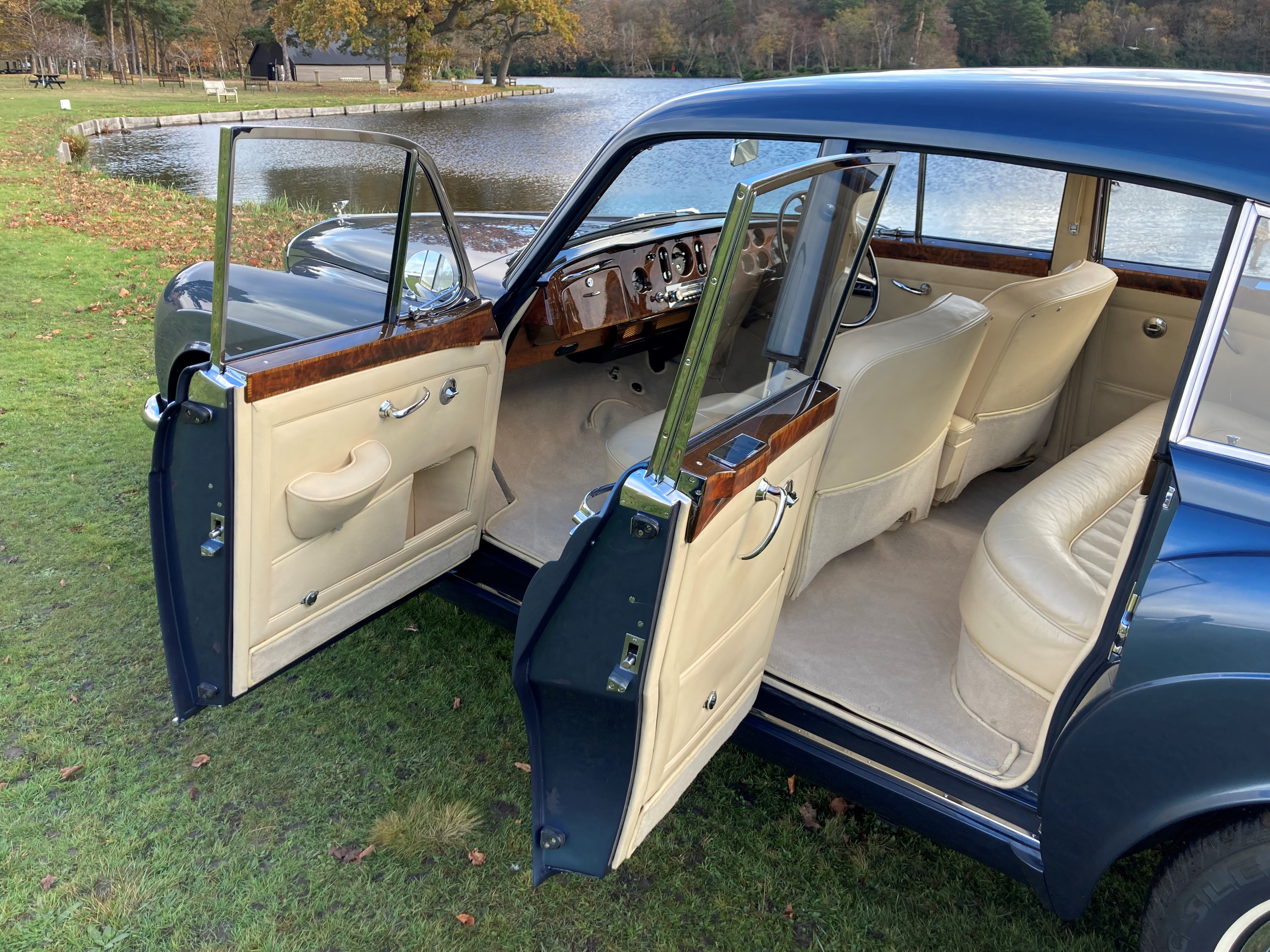 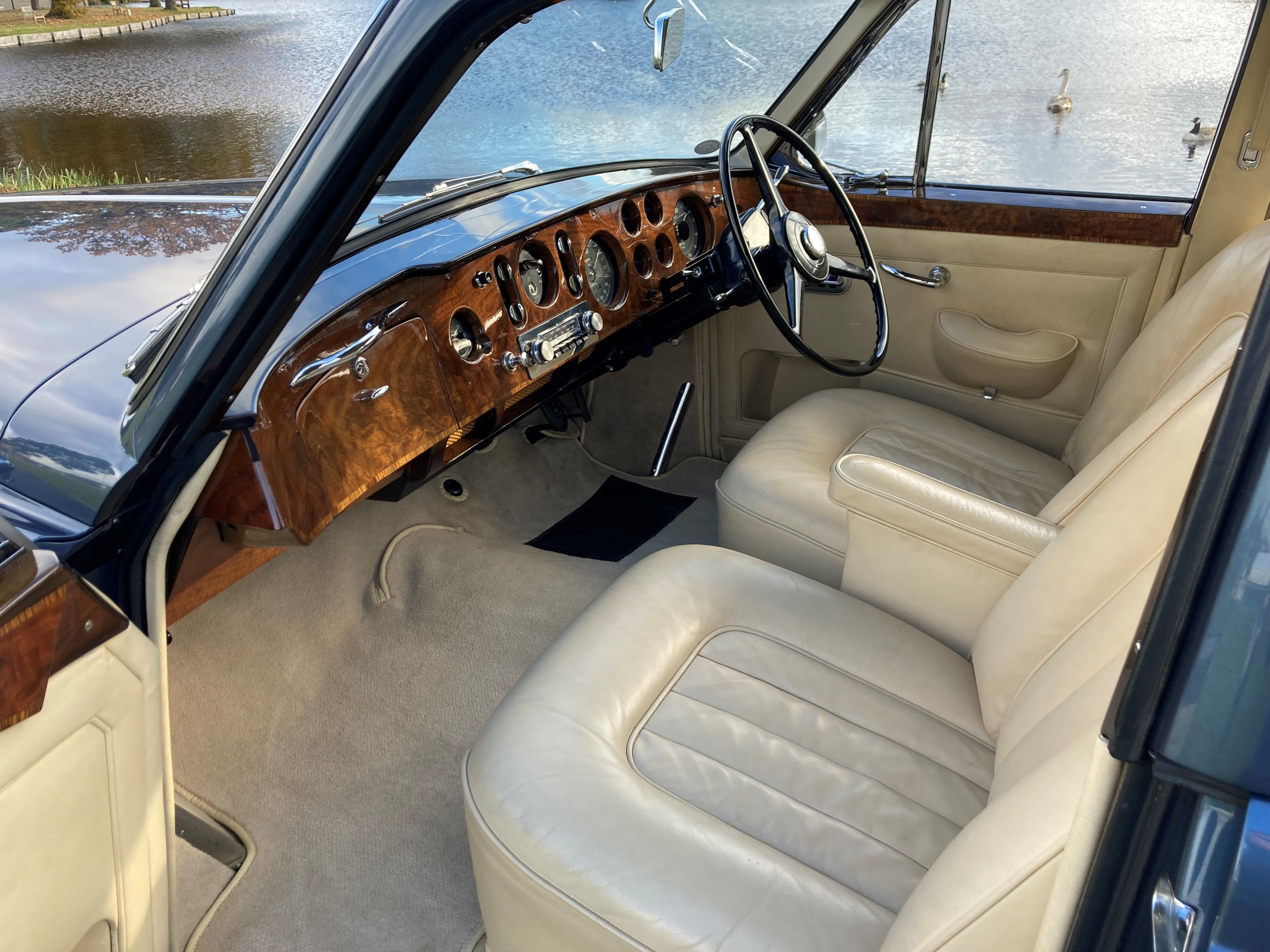 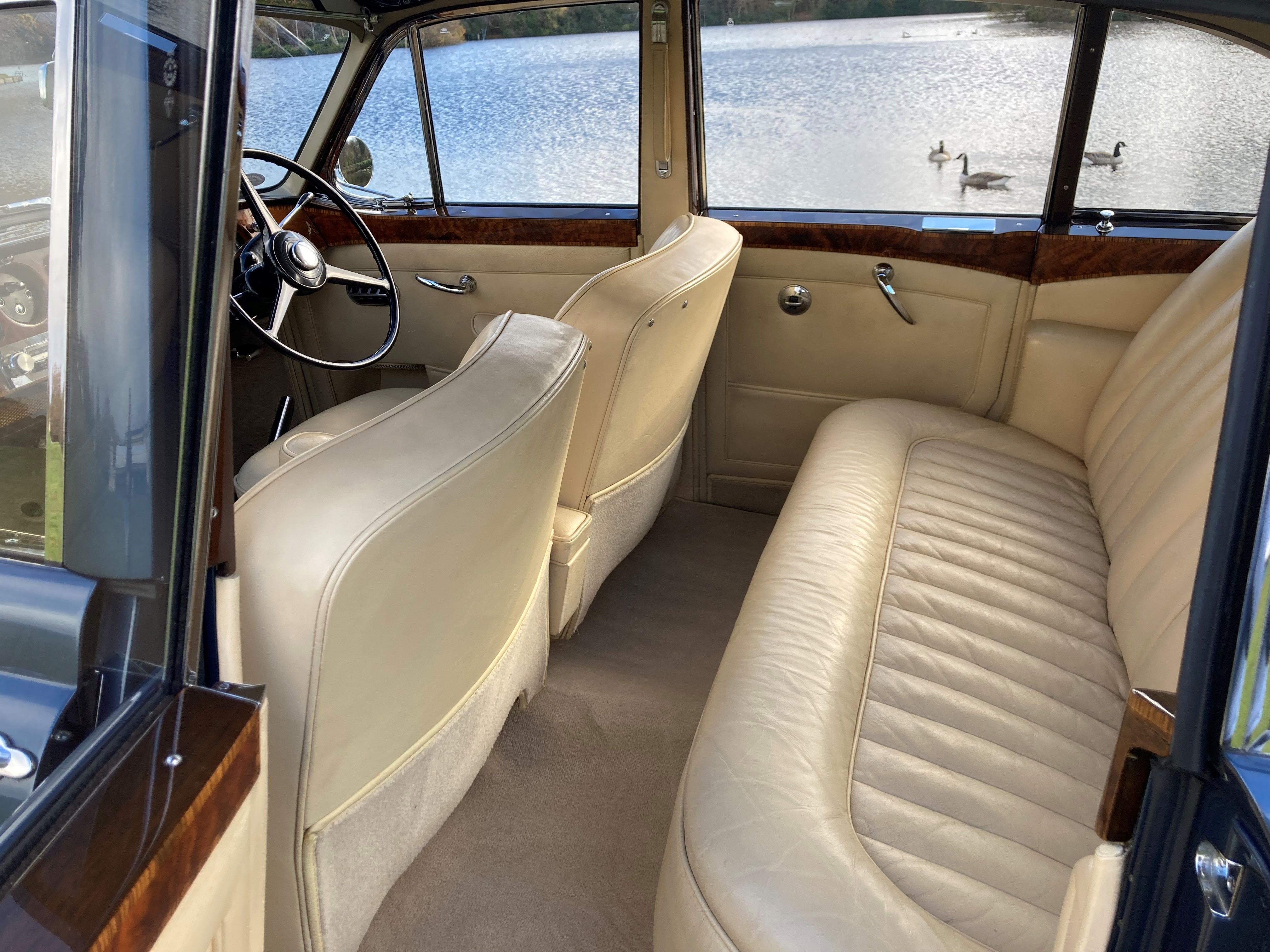 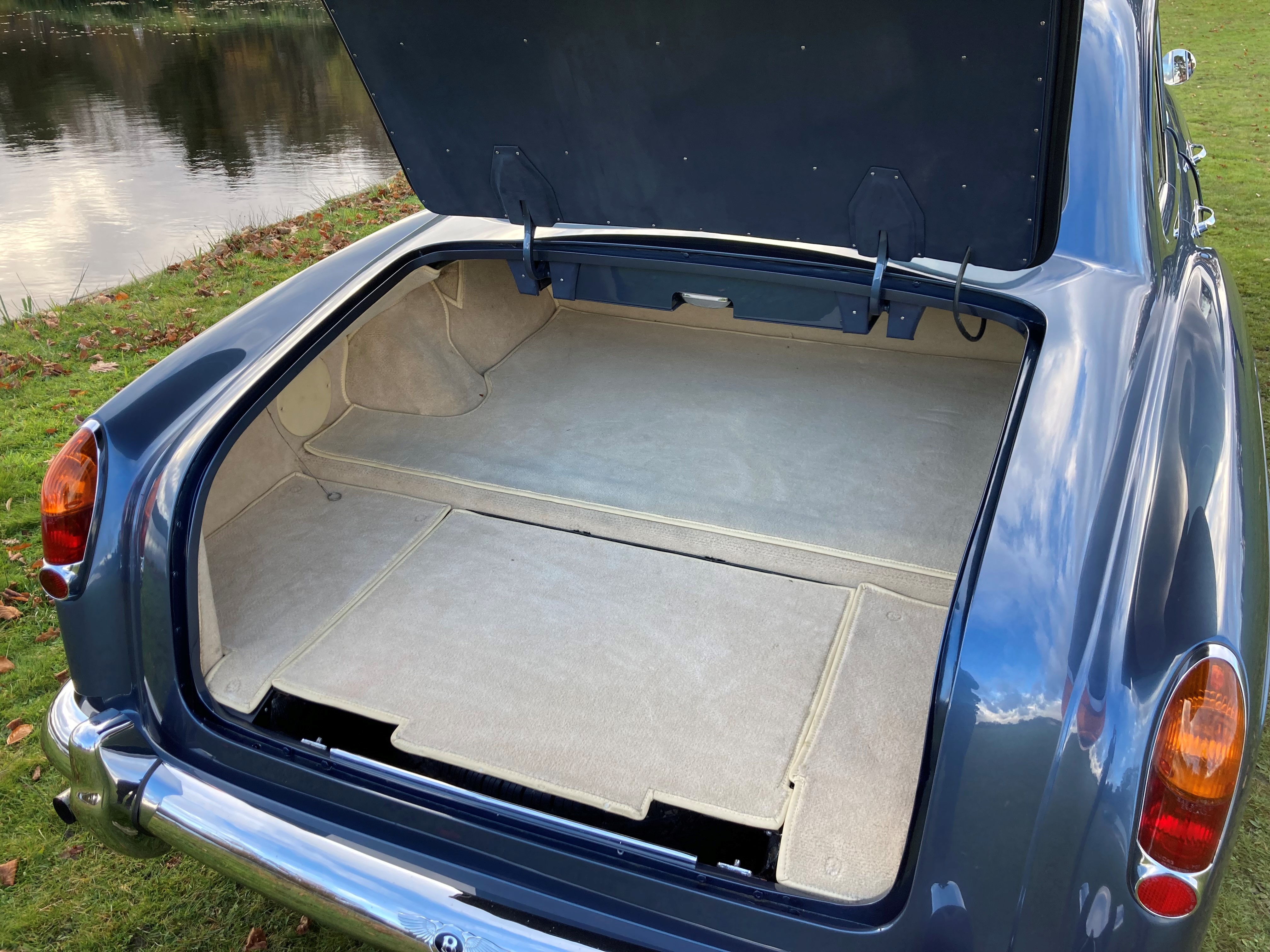 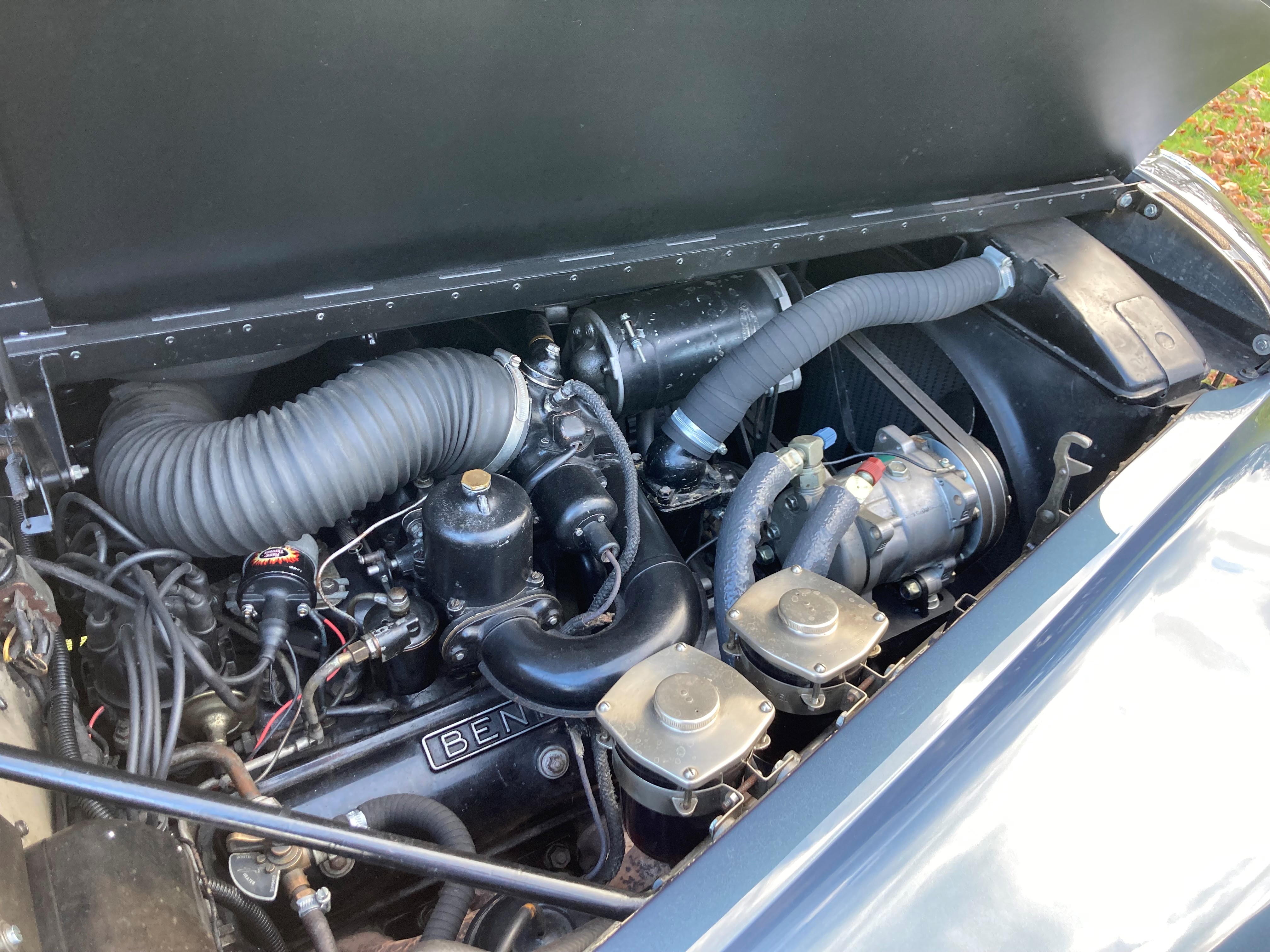 Bentley launched the new S3 Continental in October 1962. Its predecessor, the S2 Continental, had benefitted from technical innovation with the introduction of the V8 configured engine – moving on from the straight 6 cylinder configuration of the original S1 Continental. The S3 was given a further boost in power with larger 9.1 compression ratio carburettors, improved power steering to aid movement at parking speeds and a Lucas vacuum-advance distributor to aid fuel consumption. Aesthetically, the S3 was also to enjoy a facelift of sorts with new distinctive twin headlamps and a more horizontal appearance, improving visibility at night with both dipped and full beam functionality. Fog lights were still fitted, but these no longer had dual function as flashing indicators. The indicators on the new models were incorporated into redesigned sidelights, positioned on the front of the wings. A further change were smaller bumper over riders and a slightly reduced radiator height of about 1.5inches, giving a sloping bonnet line, improving forward vision. One final touch was the addition of a badge indicating the name of the model fitted on the boot lid. Enhancements to the interior included a new black leather top to the dashboard, in an effort to reduce injuries to any occupants thrown forward in a collision scenario, meeting the public’s growing attention to safety in vehicles. Individual front seats and arm rests became a standard feature and more powerful lighting and additional indication lights and switches on the instrument panel were introduced, presenting a far more modern feel to the last of the S Series Bentleys. It was perhaps the ultimate post war Bentley motor car in terms of appearance, performance and practicality and the last medium sized Bentley motor car to be offered with custom coachwork. Although the Flying Spur was an original H.J.Mulliner design first produced in 1957, the last series on the S3 Continental chassis were badged by Mulliner/Park Ward due to the amalgamation of the two coach building houses.

Chassis No BC62XA was completed and delivered to its new owner, Mr G Martineau of London by way of supplier H.R Owen, in January 1963. It was finished in Mist Green with off white leather interior. It is one of just sixty six examples built in right hand drive to Design No 2011 with a further sixteen cars built in this style in left hand drive. It was supplied on two further occasions to a Mr J A Davies of Swansea, South Wales in January 1965 and again later that same year to Mr J Benjamin of London. Bentley & Rolls Royce Specialist P.J Fischer acquired Chassis No BC62XA in the early 1980’s and supplied to a Mr F Rossi in the latter part of 1983. P.J Fischer maintained the car for Mr Rossi until his retirement in 2002. In more recent times the car was reacquired by Mr Fischer and was used as his everyday Bentley, being used on an almost daily basis, winter time aside. It was then supplied by Frank Dale & Stepsons in recent years to a long standing customer who requested the exterior of the car was restored to concours standard in astral blue. The car has been thoroughly maintained and improved during this most recent ownership, which is all documented in the cars history file, which is available to review upon request. It is complete with history folder as mentioned, full tools and handbook. A most recent edition to the car, and a welcome one, is air conditioning, making it an ideal tourer in warm climates. This beautiful example comes prepared and ready for its next owner.