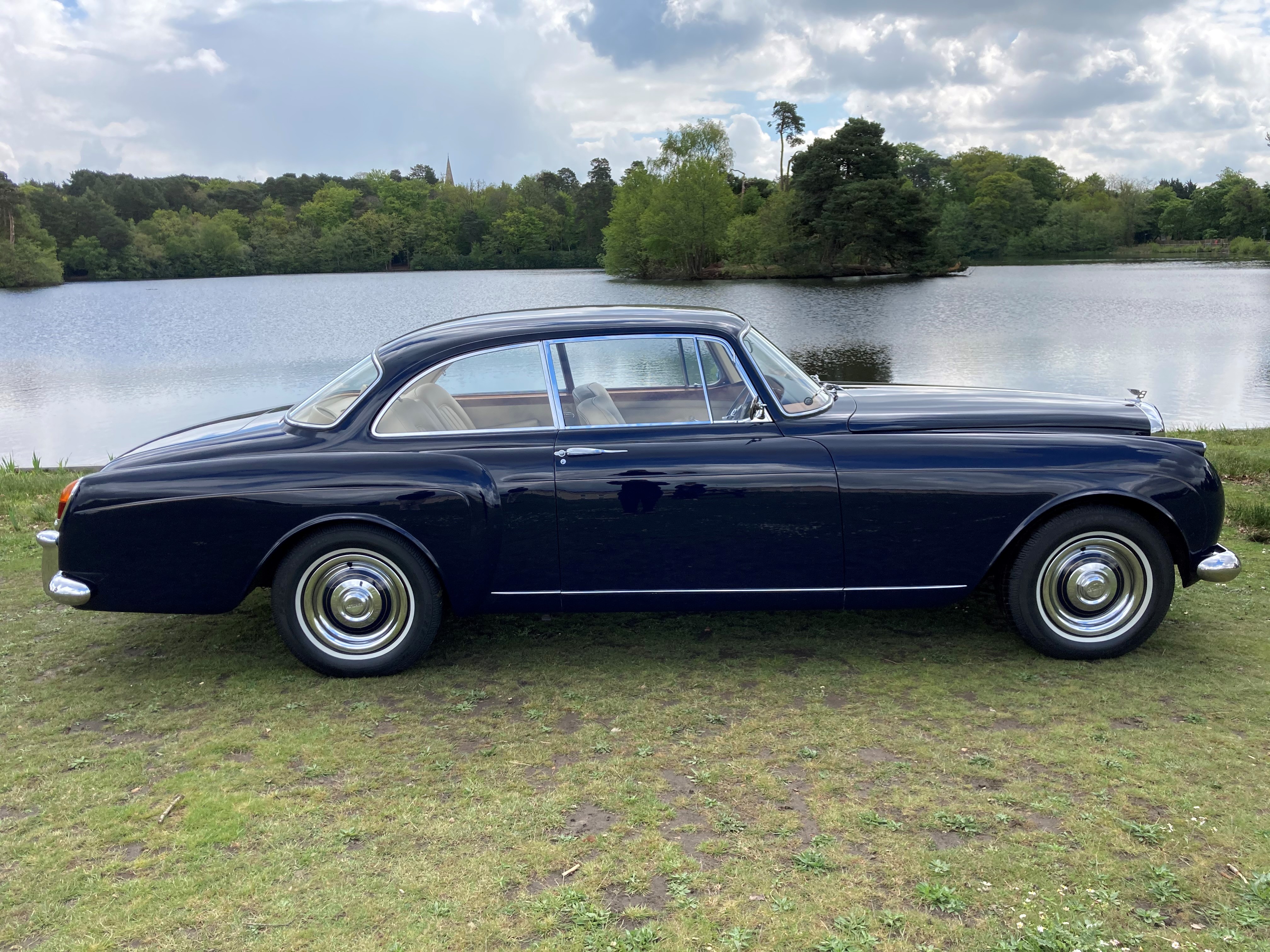 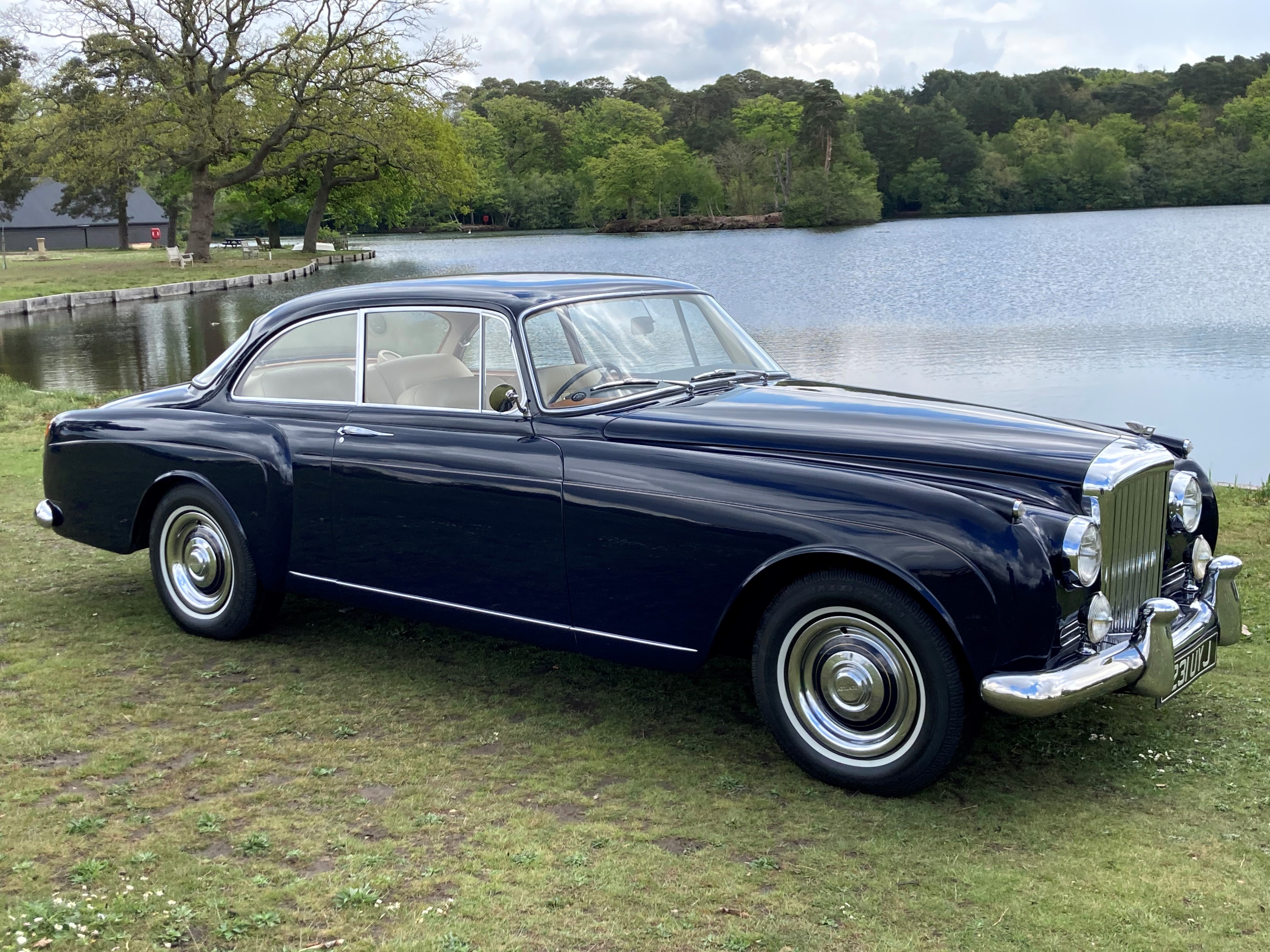 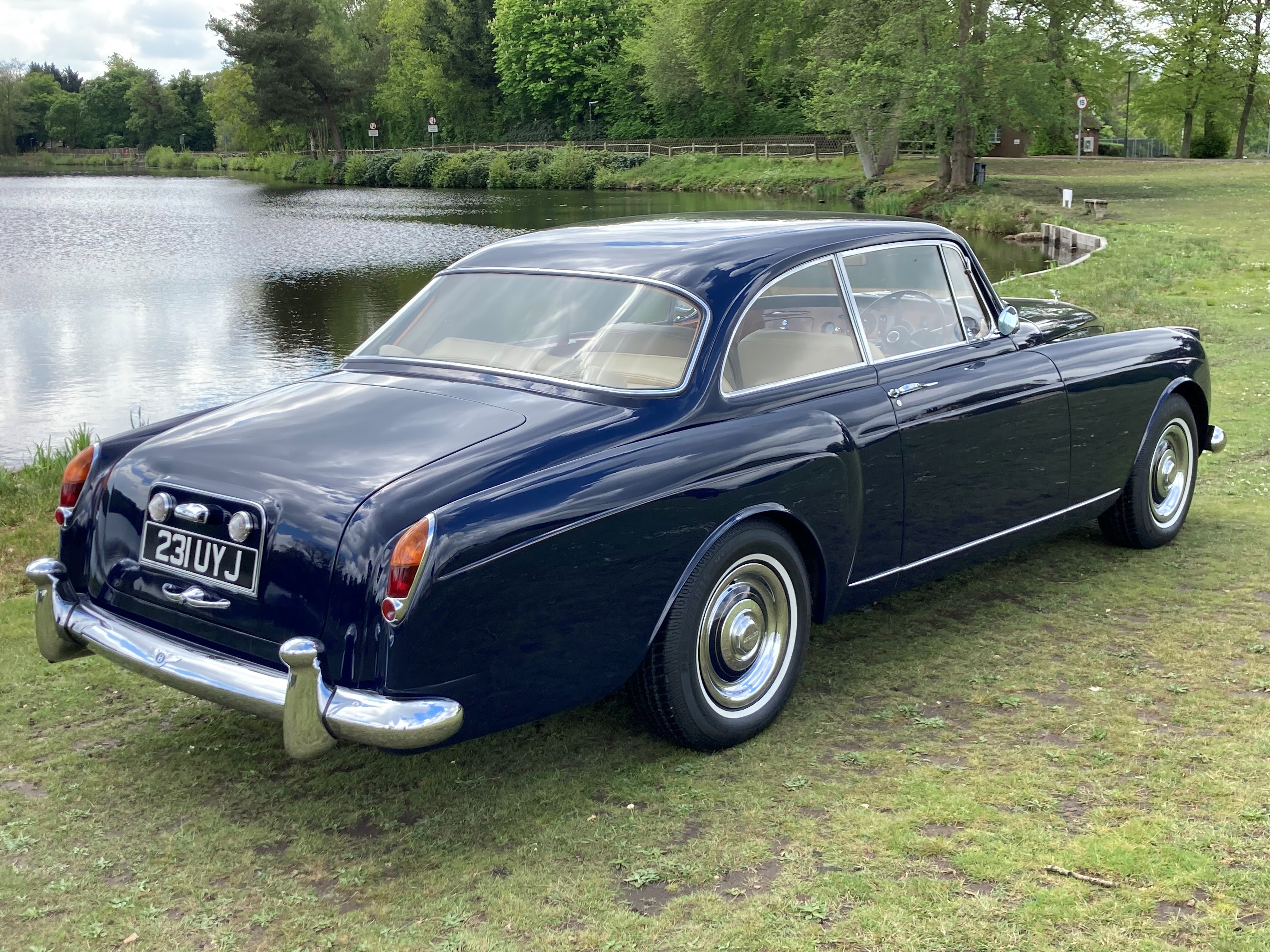 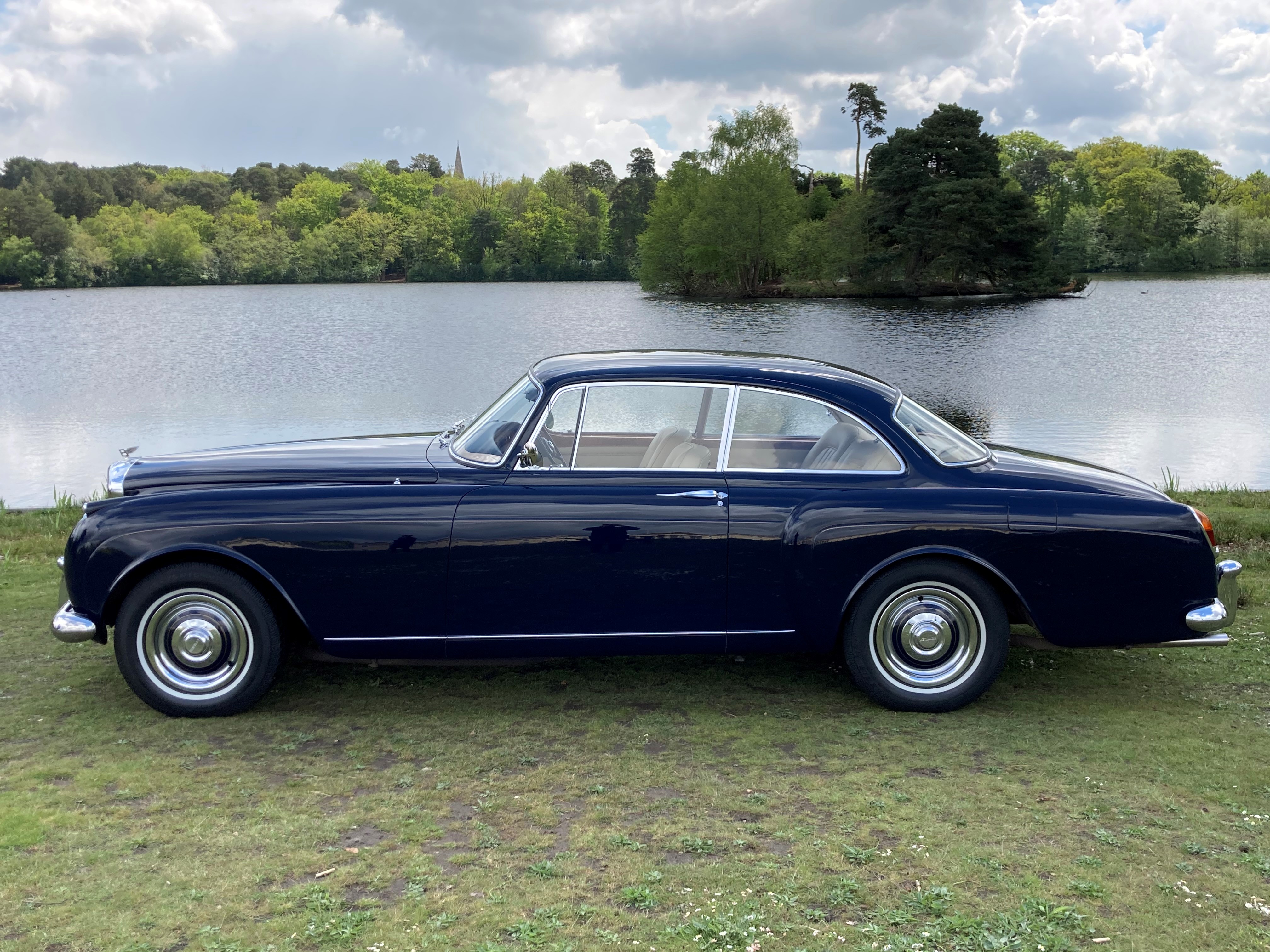 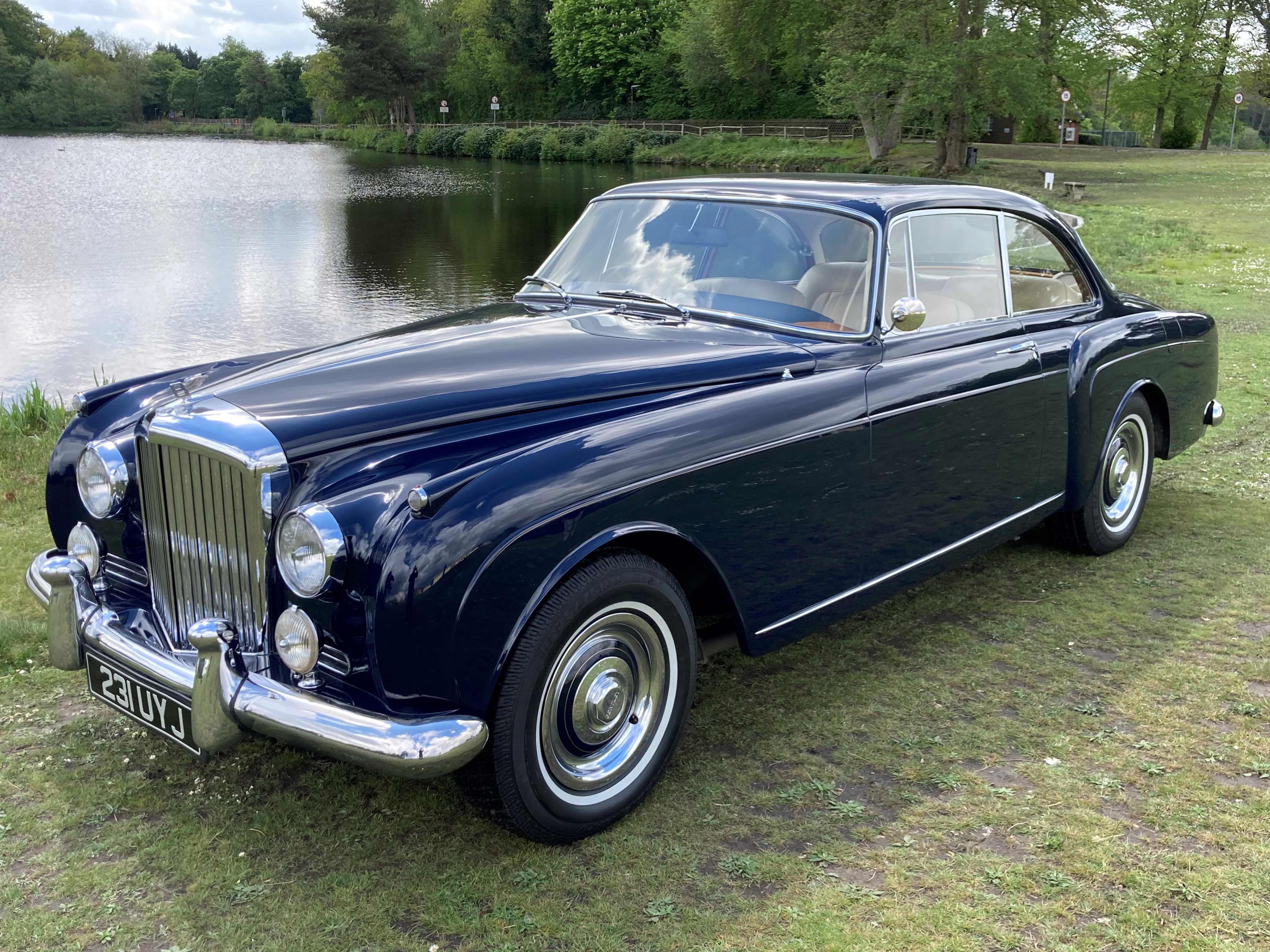 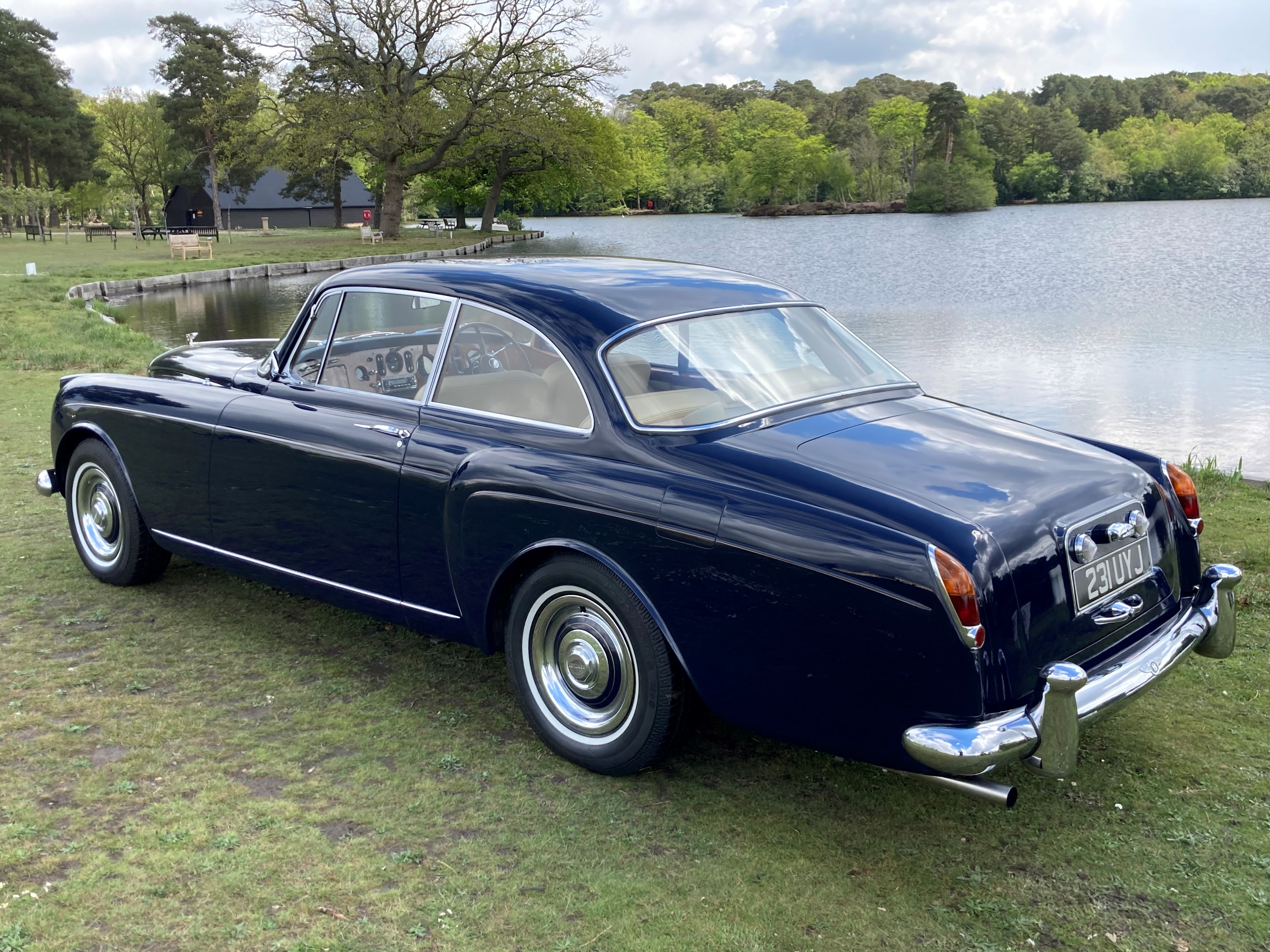 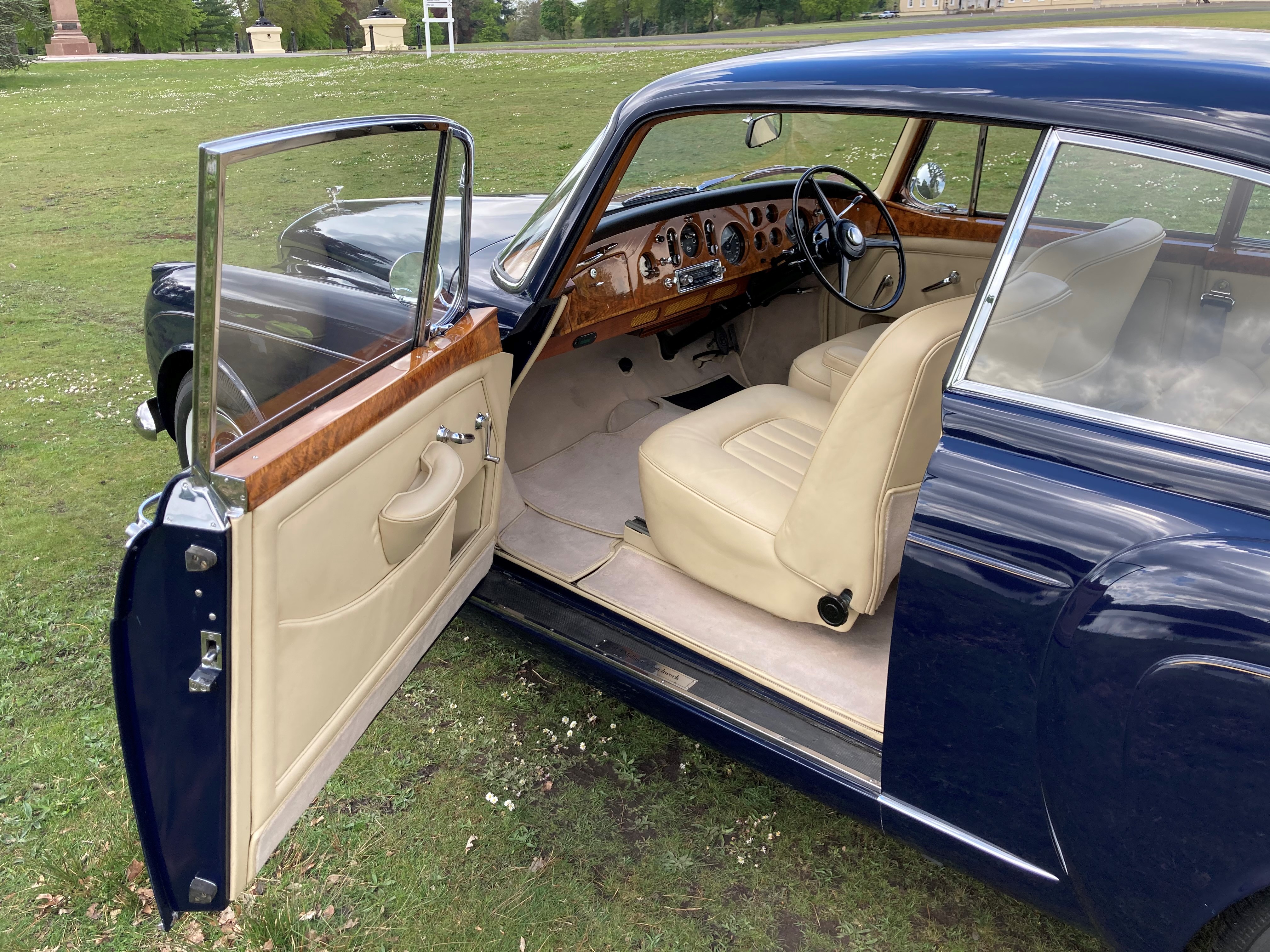 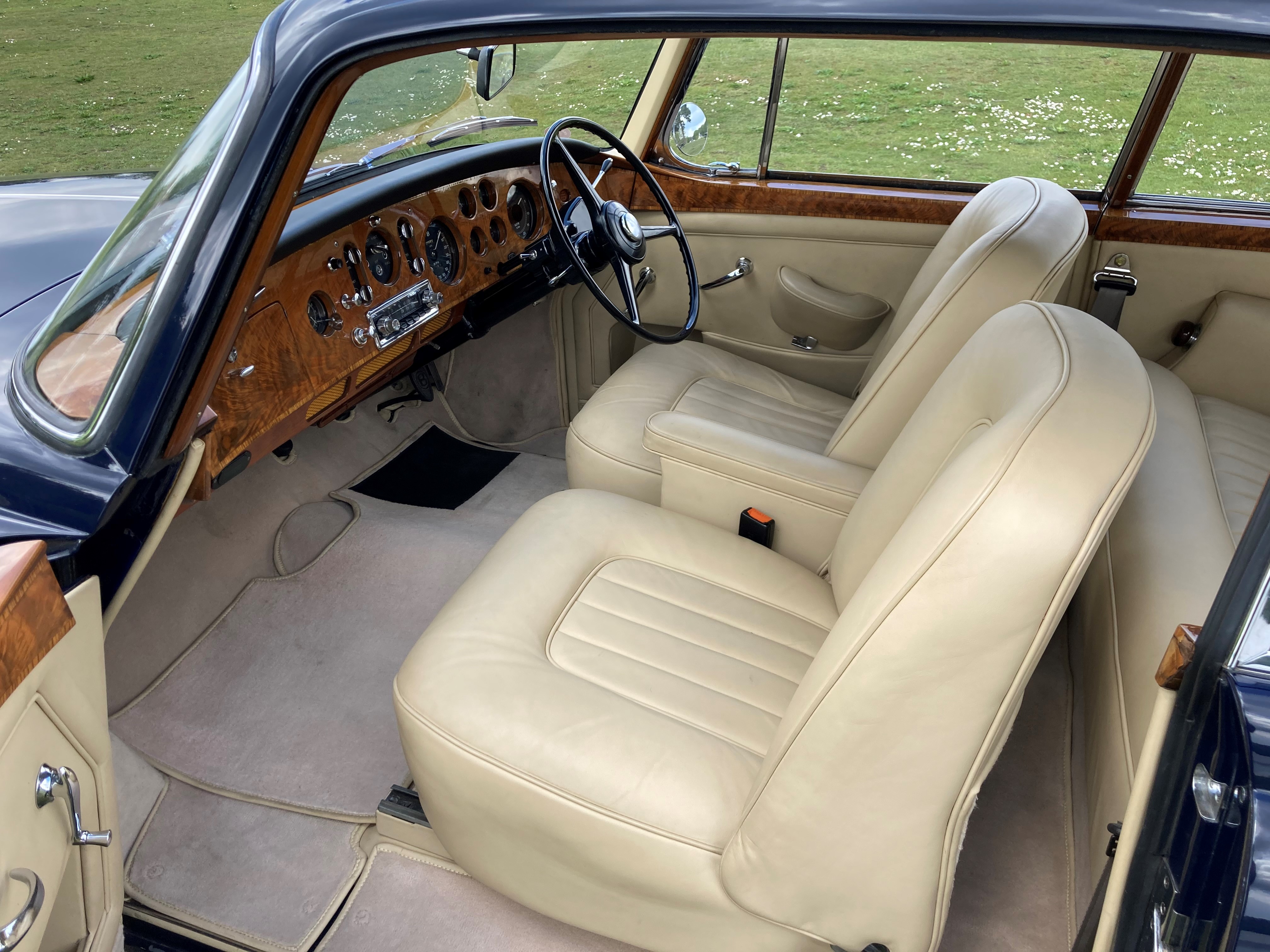 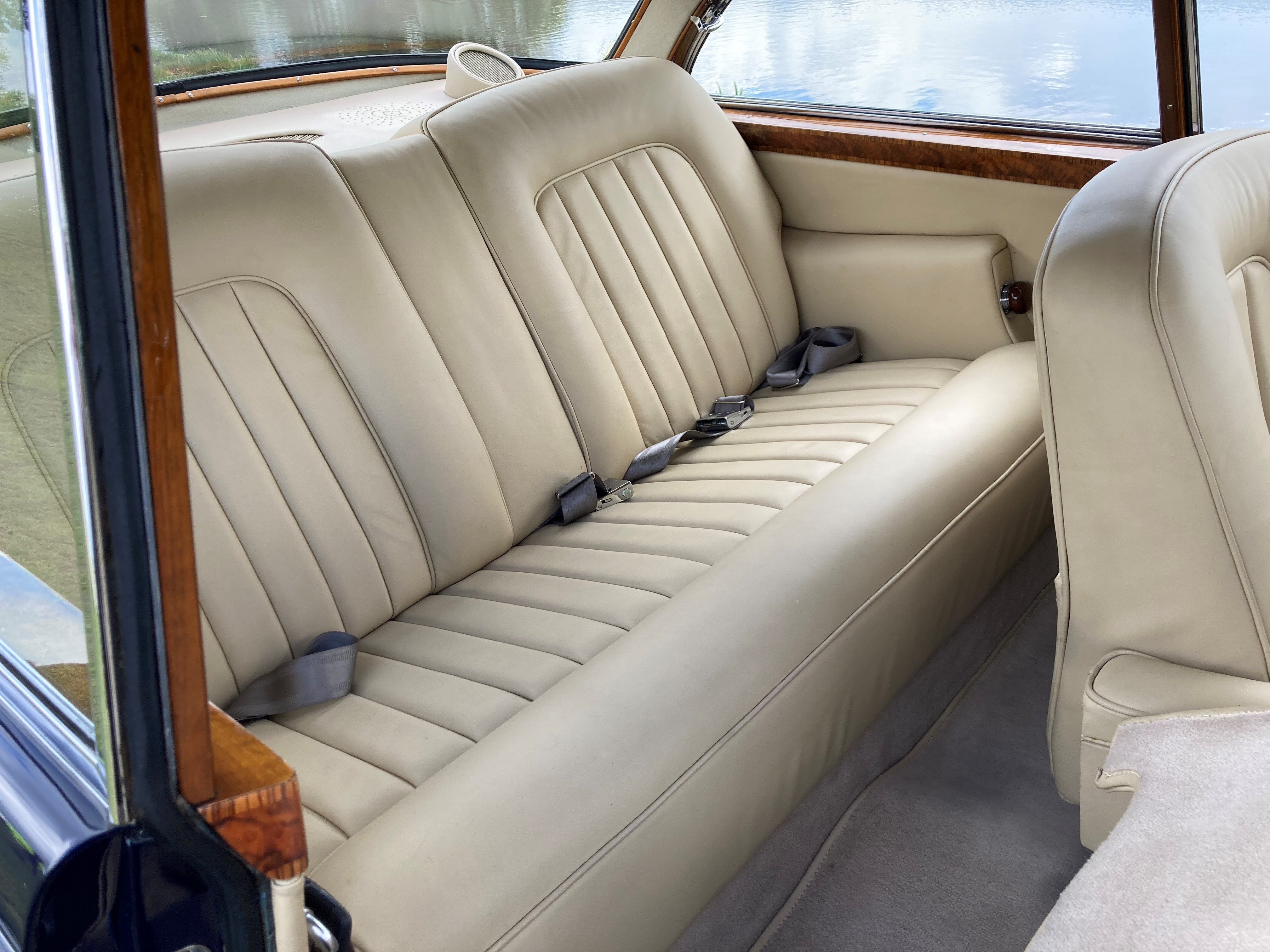 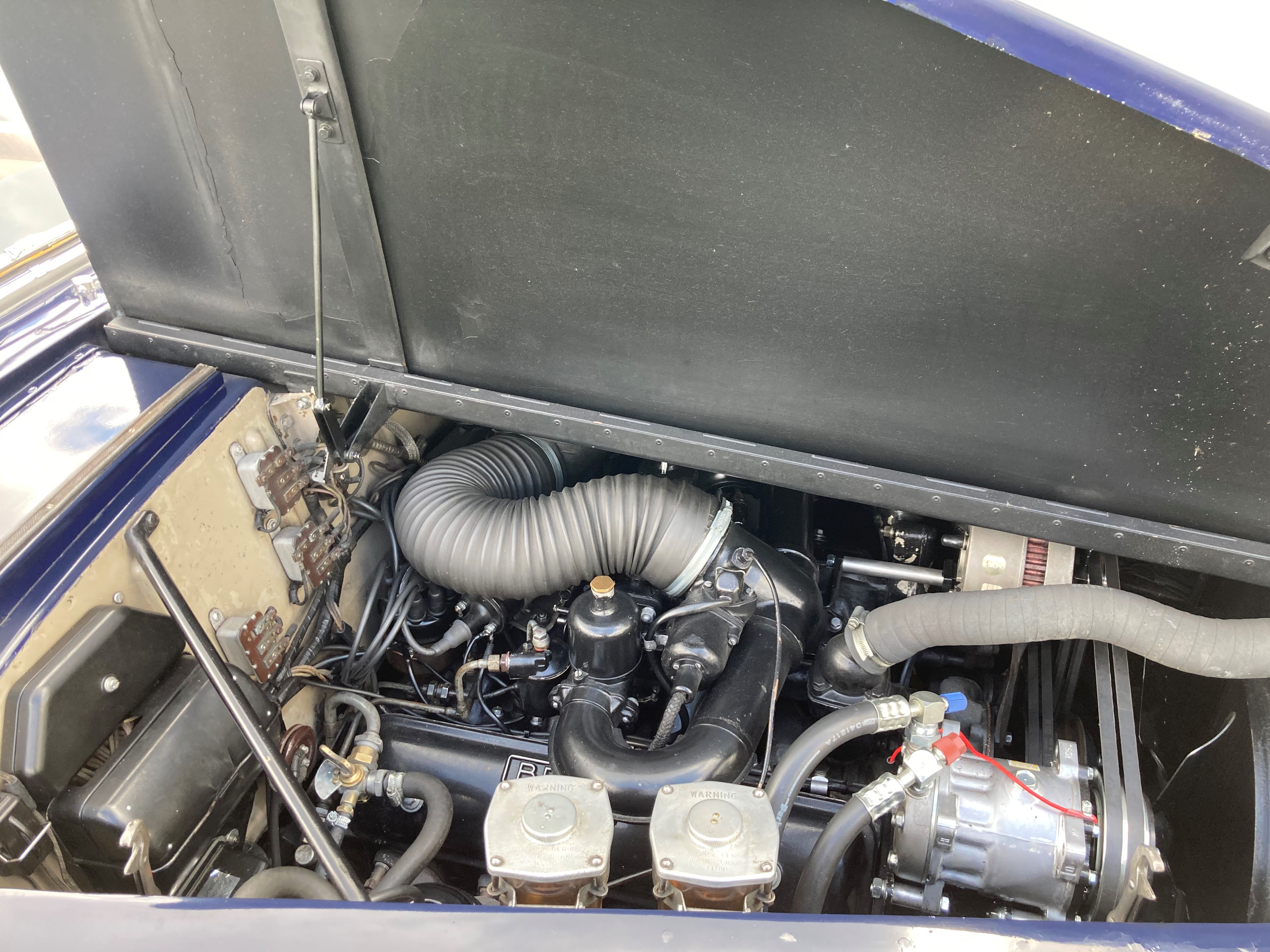 1959 was an important year in the history of Rolls-Royce and Bentley when looking at the mechanical development of the companies. The series one engine had effectively run its course by this point and could not be developed any further. The approximate 160bhpoutput was more than sufficient but due to pressures and competition elsewhere Rolls-Royce sought out an improved power unit to deliver more speed whilst retaining the refined performance. The answer was a complete move away from the six cylinder inline engine configuration to an all new V8 unit boasting 6,230ccand an estimated 200bhp. The new V8 engine was constructed almost entirely in aluminium and was of a very similar weight to its predecessor, but featured hydraulic tappets to ensure quiet running. A few other mechanical aspects were modified including the braking and lubrication systems, with automatic transmission and power steering now standard fittings. The new second generation Silver Cloud and S series cars were capable of speeds comfortably in excess of 100mph whilst retaining the feel and performance Rolls-Royce and Bentley owners had become accustomed to.

Coachbuilders H.J. Mulliner had enjoyed significant success during the 1950’s with their iconic R Type Continental Fastback and subsequent S1 Continental Fastback designs. As the launch of the all new Bentley S2 Continental chassis and engine drew closer the design team at H.J. Mulliner also looked to the future and began to make some small amendments to their S1 Continentals Fastback design by re-positioning of the front spot lights on to the top of the wing line. They also listened to their customers’ requests for a new two door design which allowed greater luggage capacity in the boot. The result was design number 7500, built in very limited numbers which was fitted with a wraparound rear screen and fins on the front and rear wings. Design number 7500 was arguably improved further for theS2 Continental chassis with the removal of the fins to allow a more graceful line. The result was design number 7514, considered by many including ourselves to be the most attractive of all coachwork designs fitted to the S2 Continental chassis between 1959 and 1962.

Chassis No BC55CZ is one of just 71 examples built to design number 7514 in right hand drive by H.J.Mulliner. The coachwork was constructed entirely of aluminium at their west London works, completed to order for each individual customer. Chassis NoBC55CZ was completed in September of 1962, finished originally in Caribbean blue with blue grey leather upholstery. It was supplied by H.R. Owen to its original owner, a Mrs M Herbert Jenkins of Brockenhurst in Hampshire. Records relating to BC55CZ’s early life are unknown but what is known is that the car be longed to a very high quality collection of cars in London for a number of years and was used on almost a daily basis by its owner. Frank Dale & Stepsons looked after this car for the owner at the time for several years, on a no expense spared basis and our records document the works that have been carried out. The most recent significant mechanical works, completed in recent years consisted of an engine overhaul.  Chassis No BC55CZwas then supplied to another long standing customer, at point of sale a new interior in cream with trimmed with matching carpets. Chassis No BC55CZ is complete with copies of the original factory build sheets, correct tools throughout and a number of invoices documenting the recent and more historic works. In our opinion this beautiful Continental will certainly serve its next fortunate owner very well.