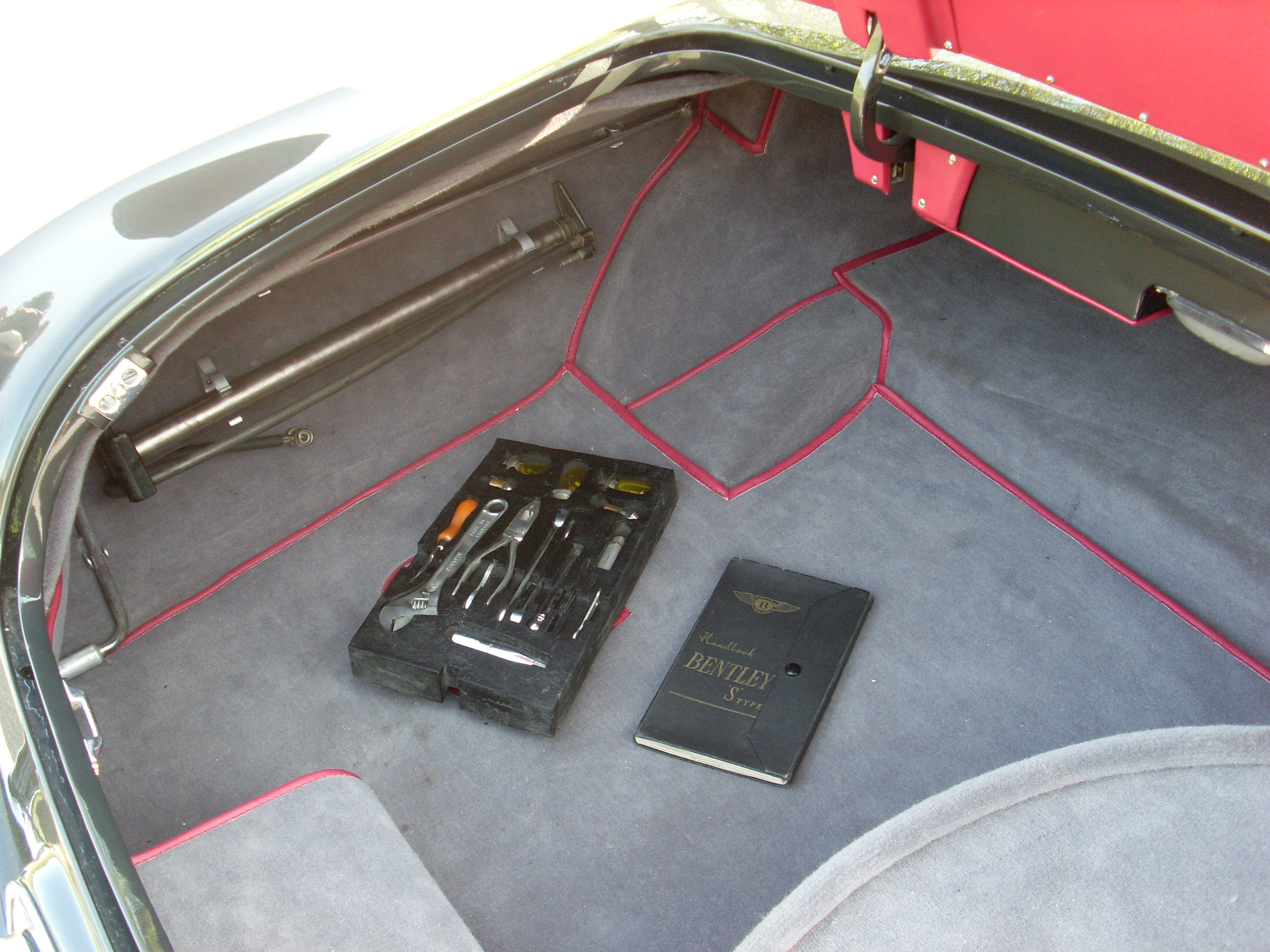 Chassis No BC8GN is one of the very last of the forty nine S1 Continental Flying Spurs produced by H.J. Mulliner in right hand drive, with just a handful of examples bodied following the completion of this particular car in May of 1959. It was originally supplied by Muskett Bros Ltd to its first owner, Mr G Watson of Peterborough, finished in his chosen livery of sand and sable coachwork with a beige leather interior. Mr Watson kept the car until 1962 when he sold it to Mr J.G. Hill of Liverpool who used the car sparingly up until 1970 when he sold it to Mr M Morgan-Witts. At this time following careful but limited use the car had only travelled 20,000 miles from new. The car was re-painted at some point during Mr Morgan Witts ownership, in two shades of green and acquired for the first time by Frank Dale & Stepsons in 2007. The original beige leather upholstery was quite worn and the coachwork had deteriorated so a full and comprehensive restoration was conducted by ourselves over an 18 month period. Upon our acquisition in 2007 the odometer read 59,000miles, which is strongly believed to be the total mileage from new.

The coachwork was extensively restored, with new floors to the boot and cabin fabricated, along with new sills. Once all of the repairs and rebuilding work were complete, the body was re-finished from bare metal in gunmetal grey. The interior was completely stripped, repaired and then re-trimmed in St James red leather, with grey Wilton carpets bound in red and a new grey west of England cloth headlining. The cosmetic works were completed with chrome restoration and re-plating and the woodwork from the cabin being re-finished to showroom condition. Extensive mechanical works were also carried out to ensure the car drove as good as it looked. Chassis reconditioning, engine bay cosmetics and a new set of tyres completed the work.

BC8GN comes complete with a substantial history file documenting the previous ownerships and all of the more recent bills during the restoration process. The car has been supplied by Frank Dale & Stepsons on two occasions over the past decade and maintained to the highest standards since the restoration. It benefits from all the later upgrades added to the S1 Continental, those being power steering, the 8:1 carburettors and the dual braking system, all of which were original factory fittings. This fine example still presents beautifully and comes with its original handbook, complete tools and a detailed history file. Chassis No BC8GN is a grand tourer of the highest order, freshly serviced and prepared for its next fortunate owner.