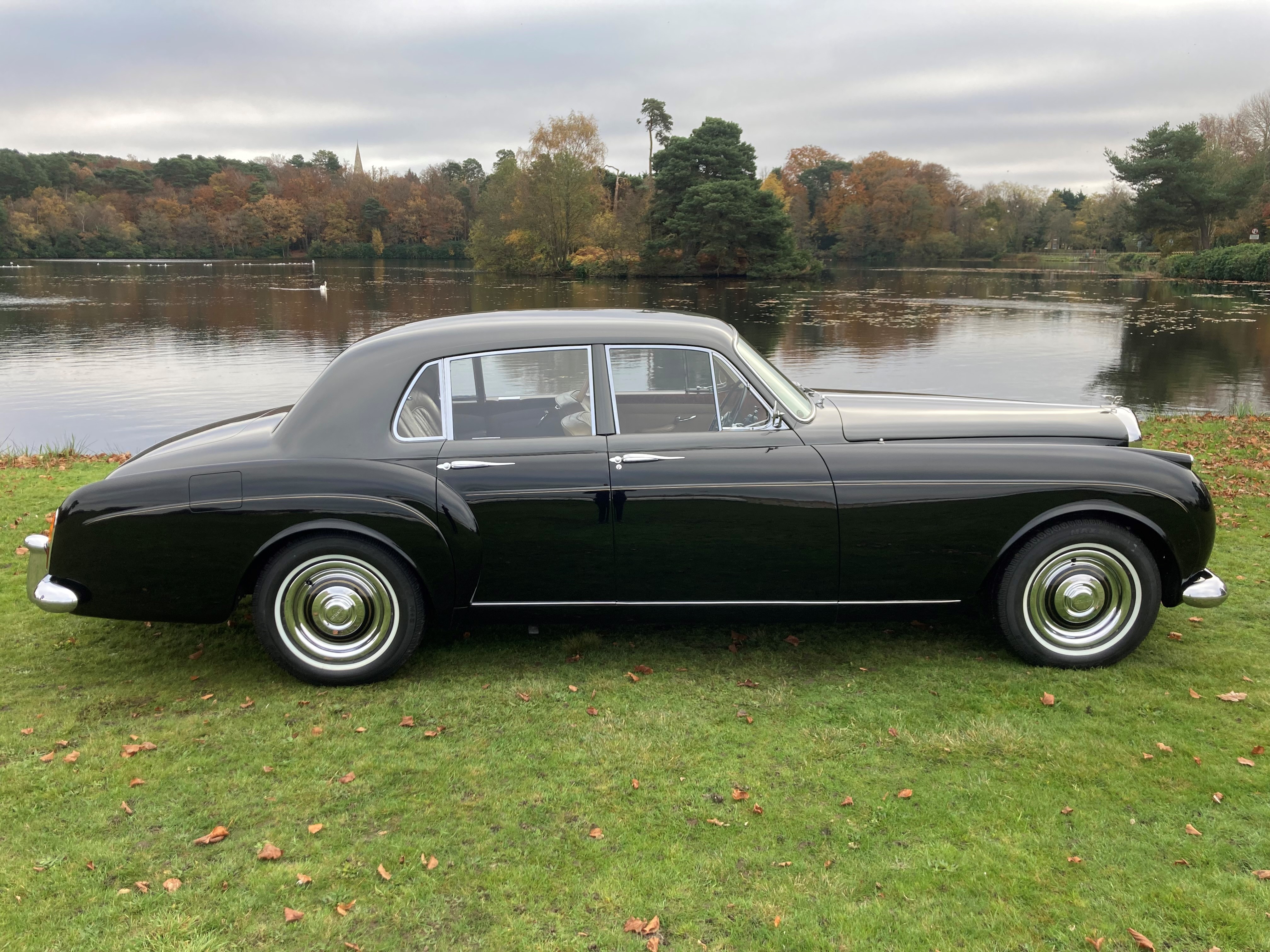 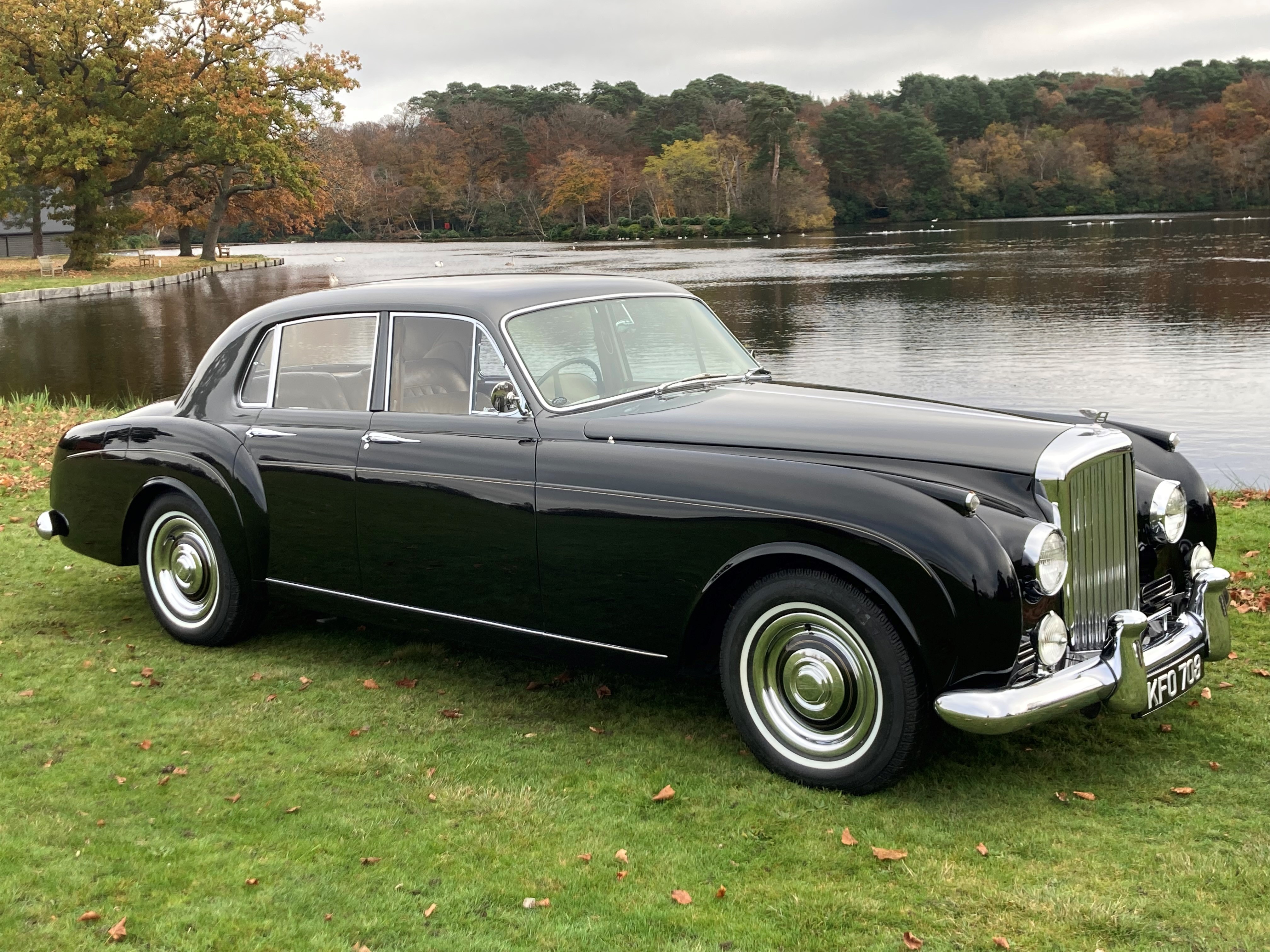 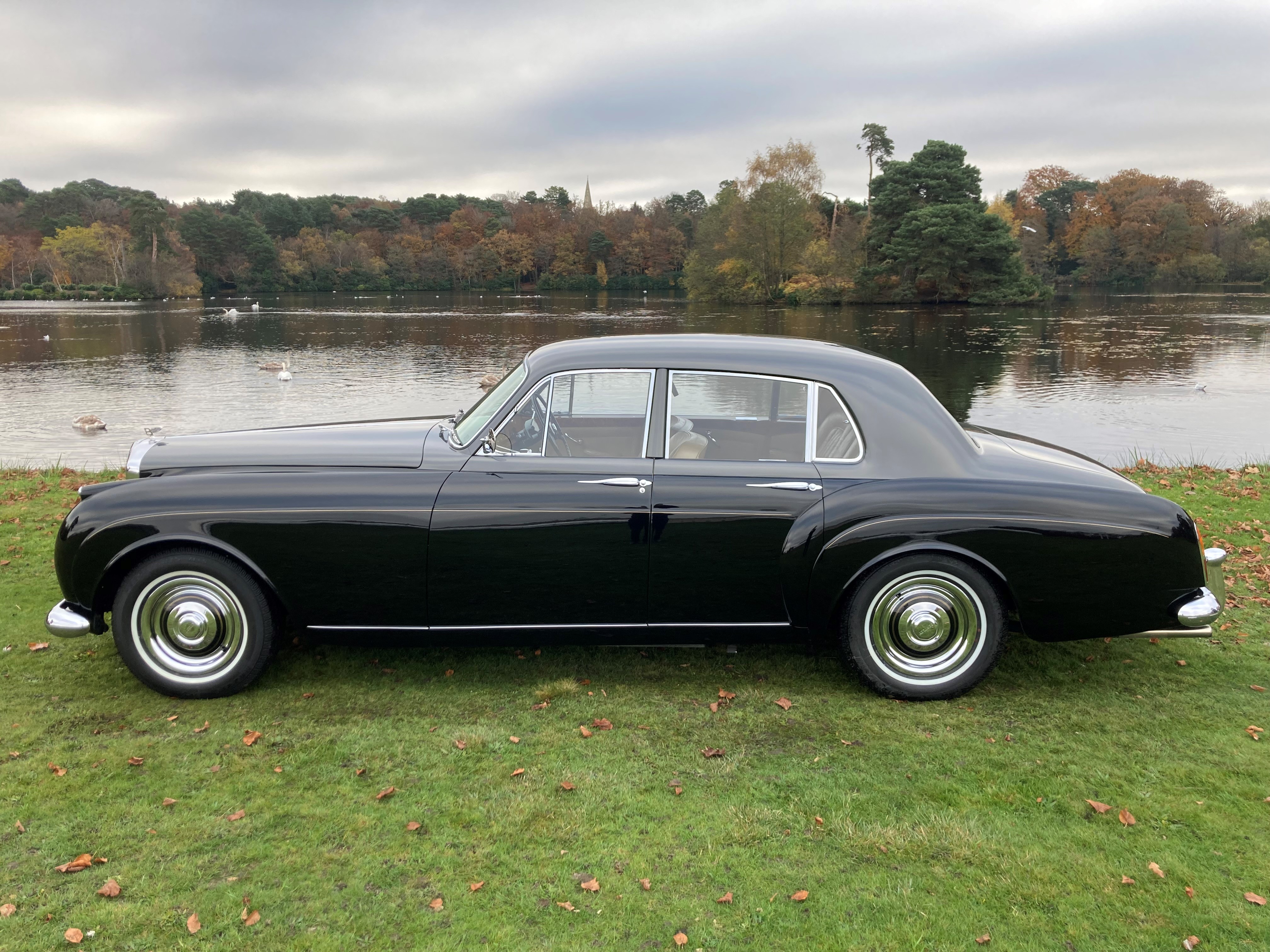 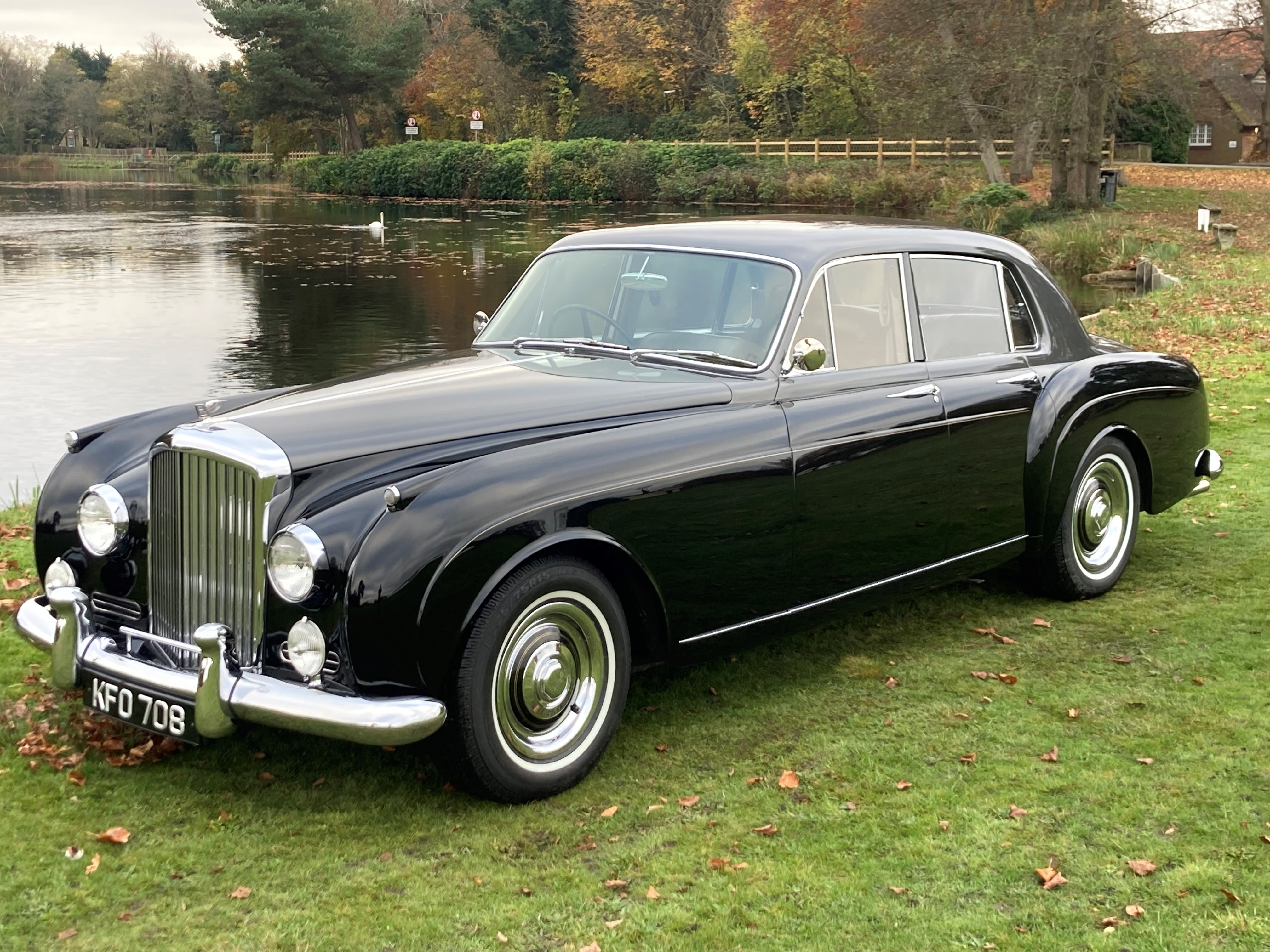 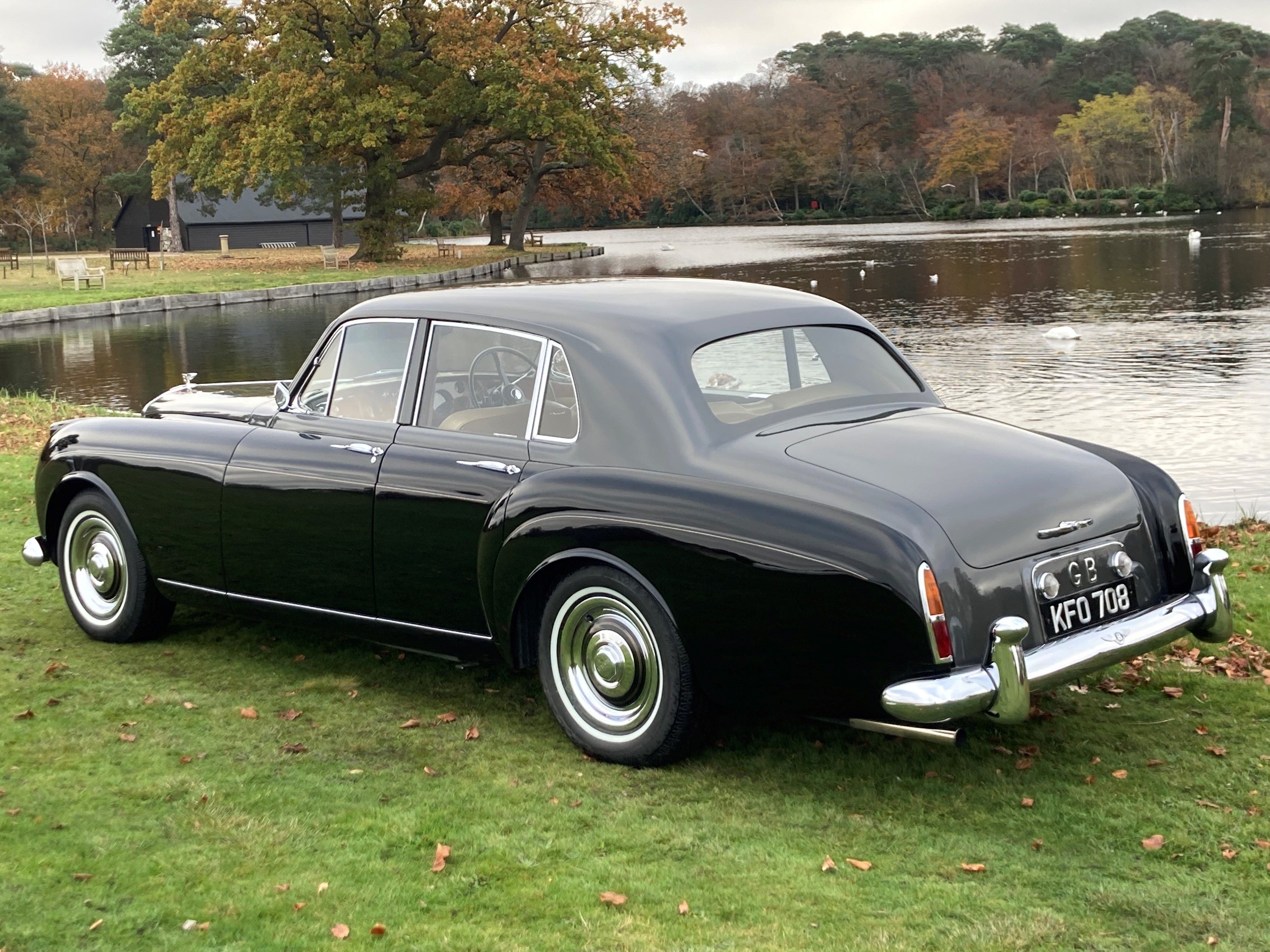 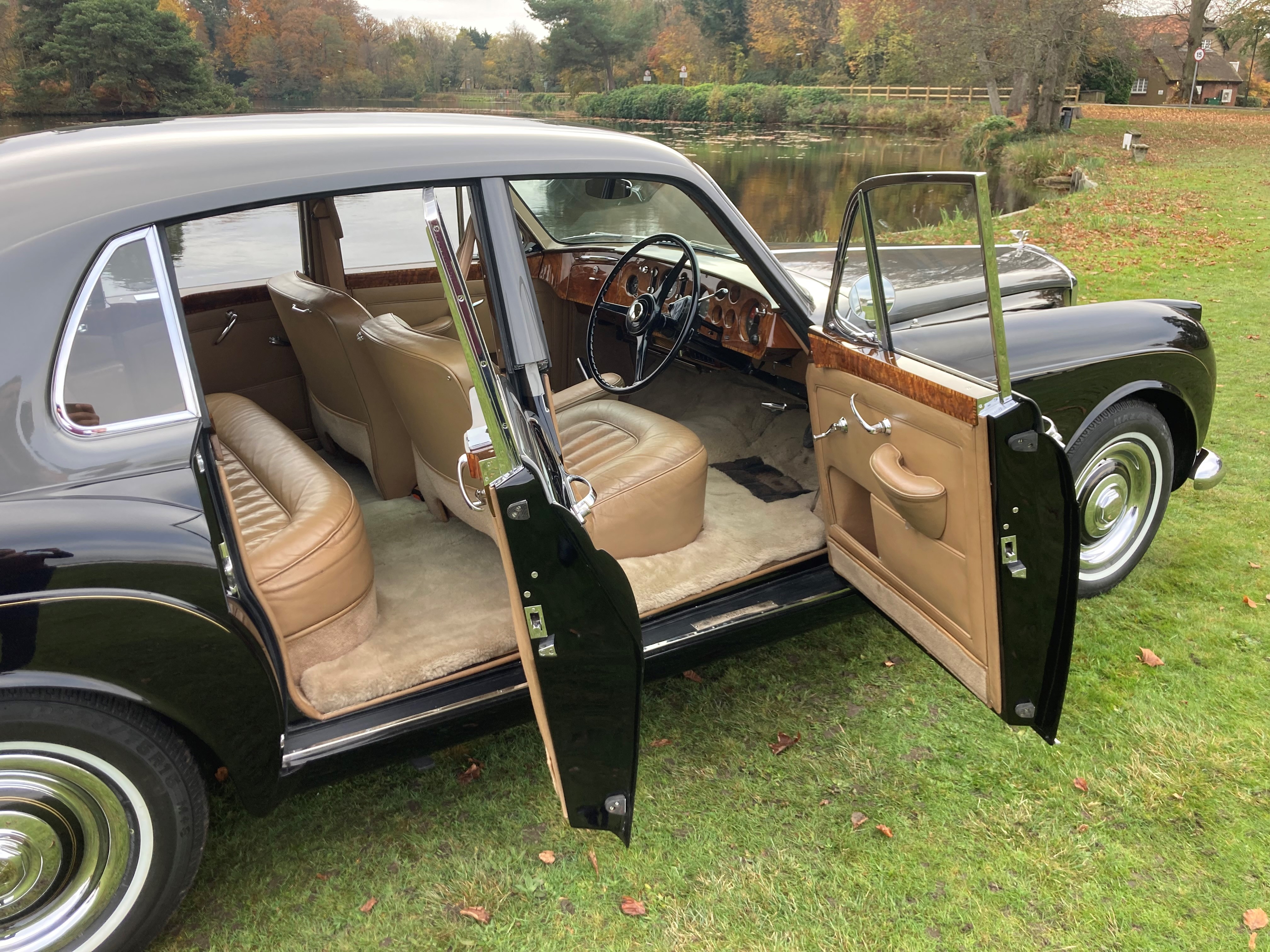 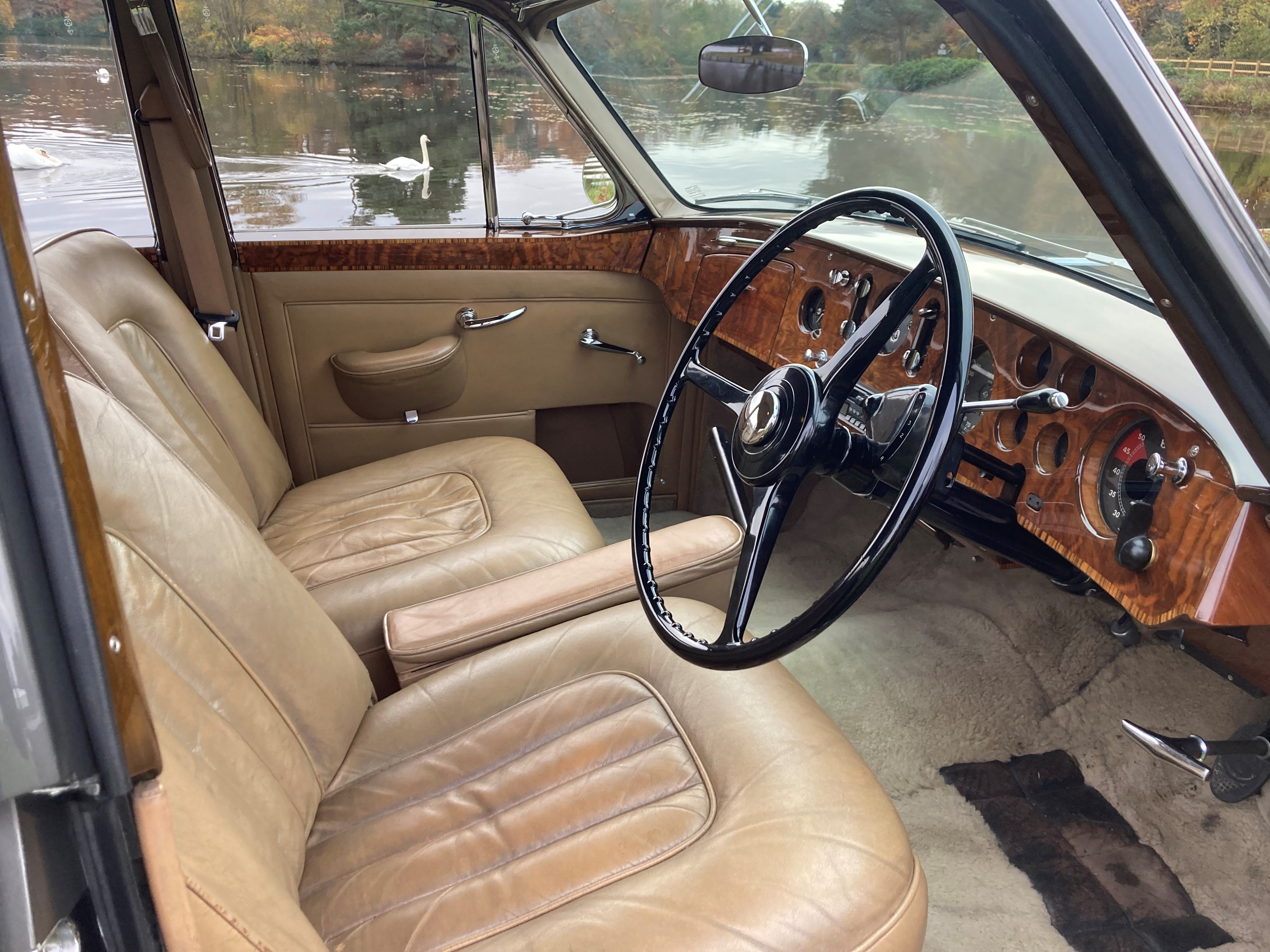 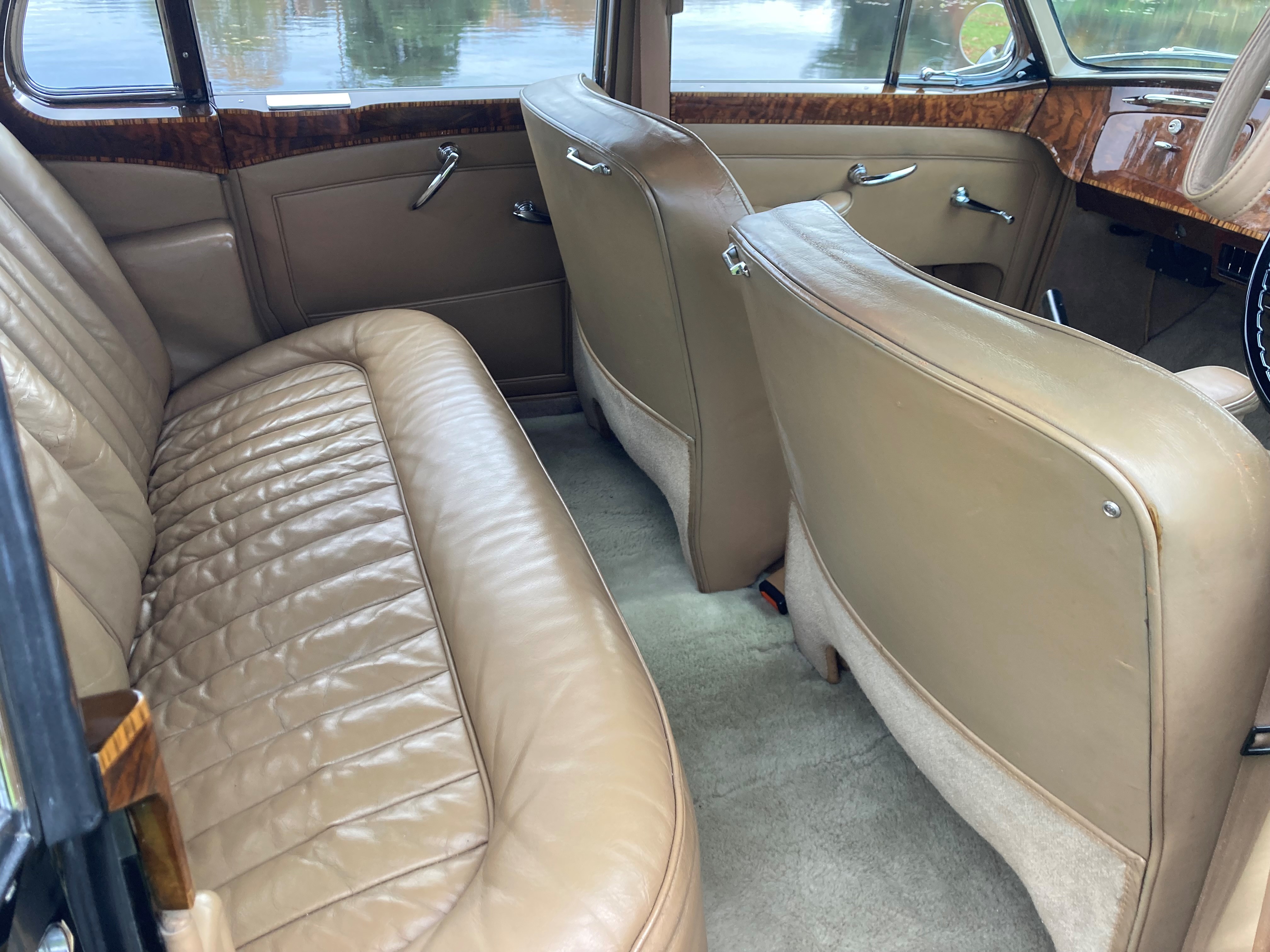 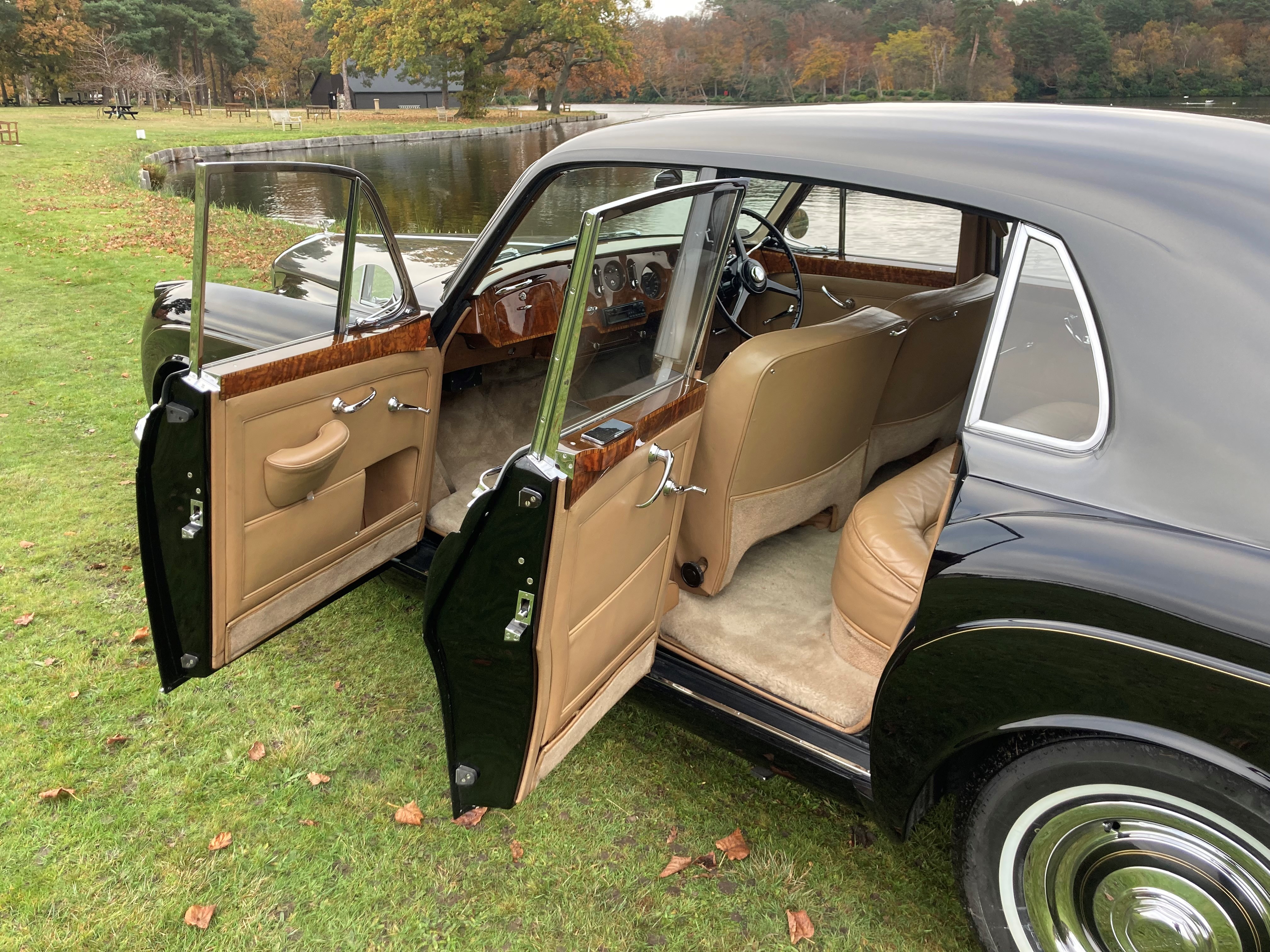 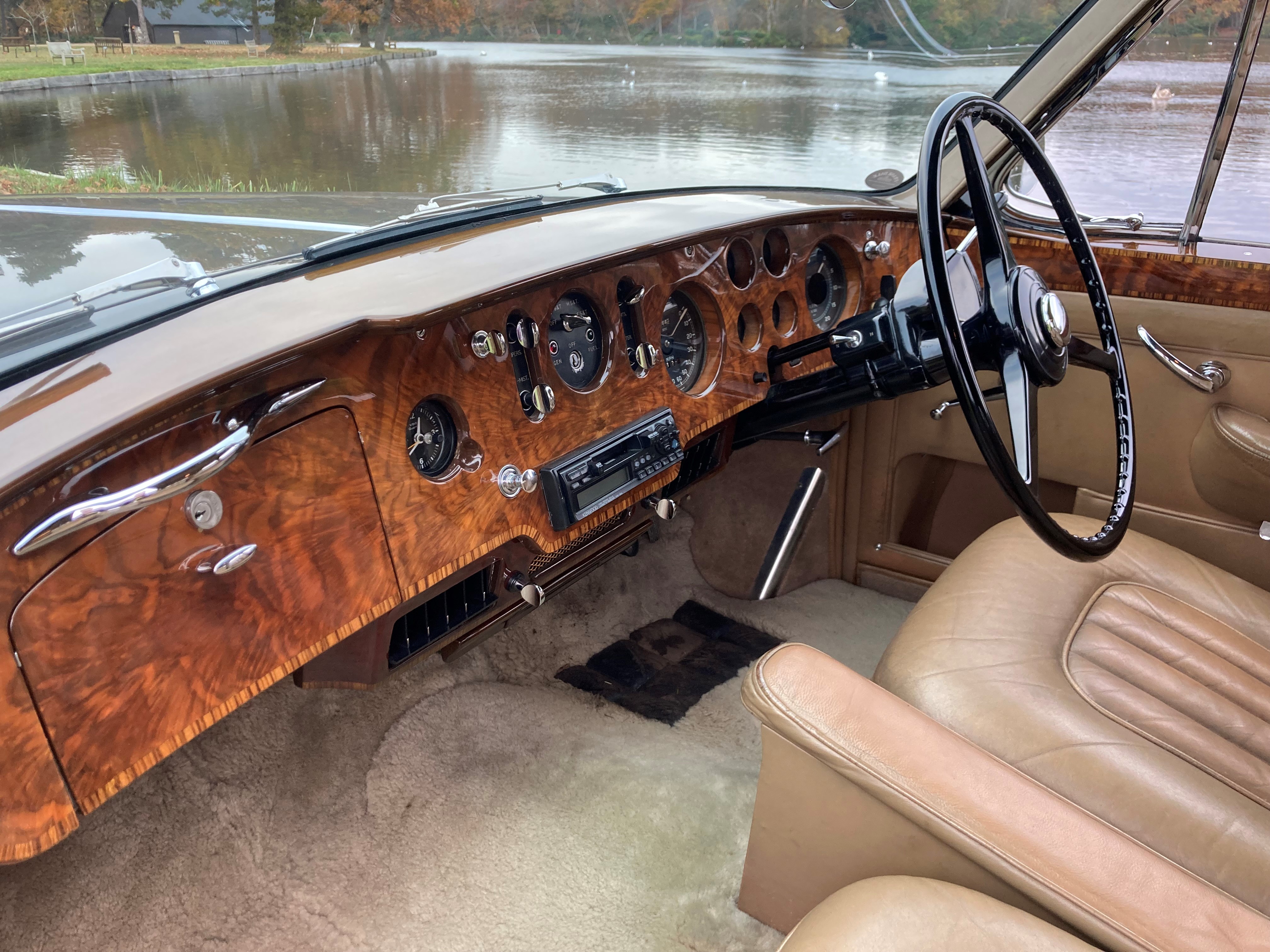 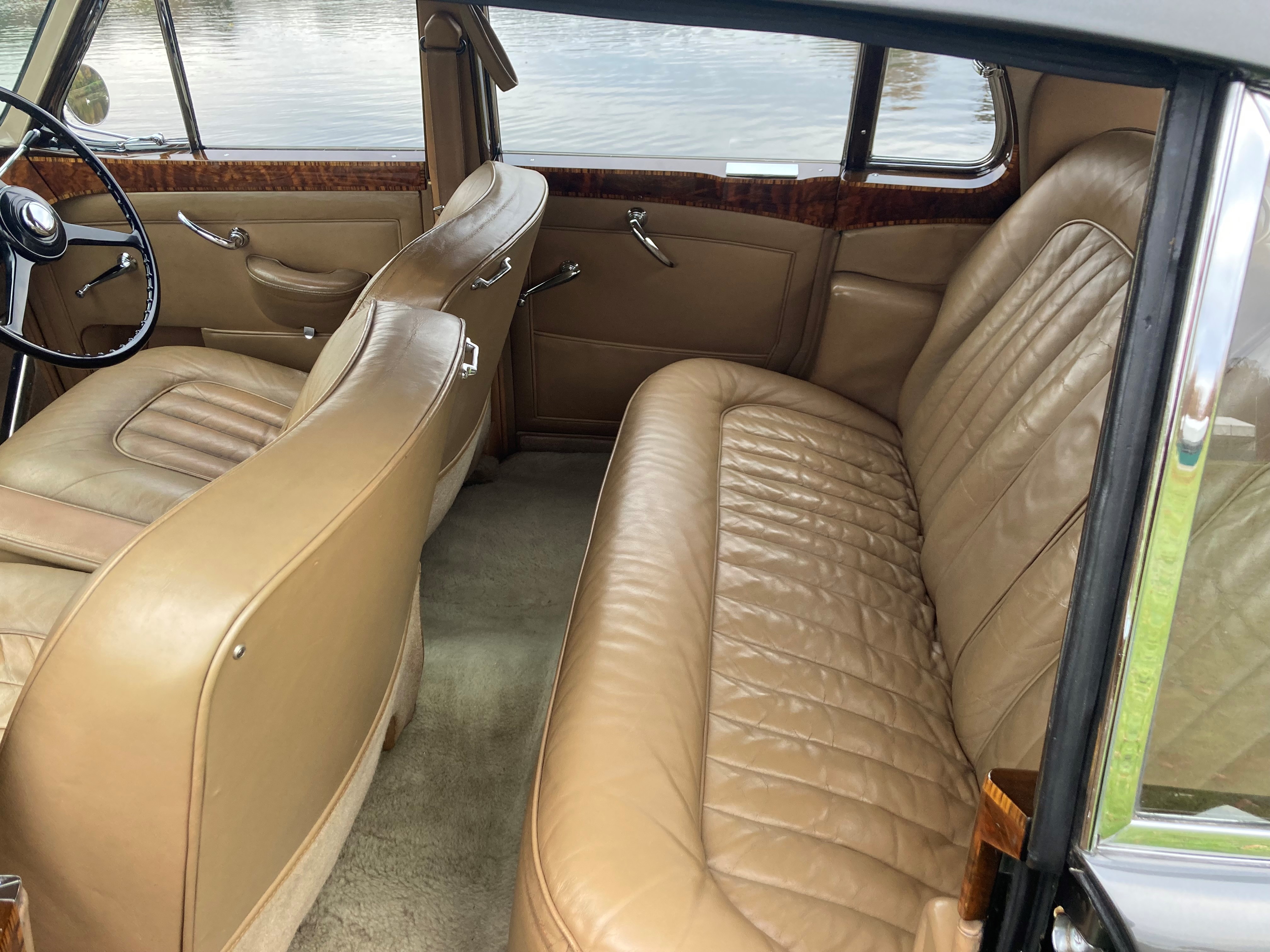 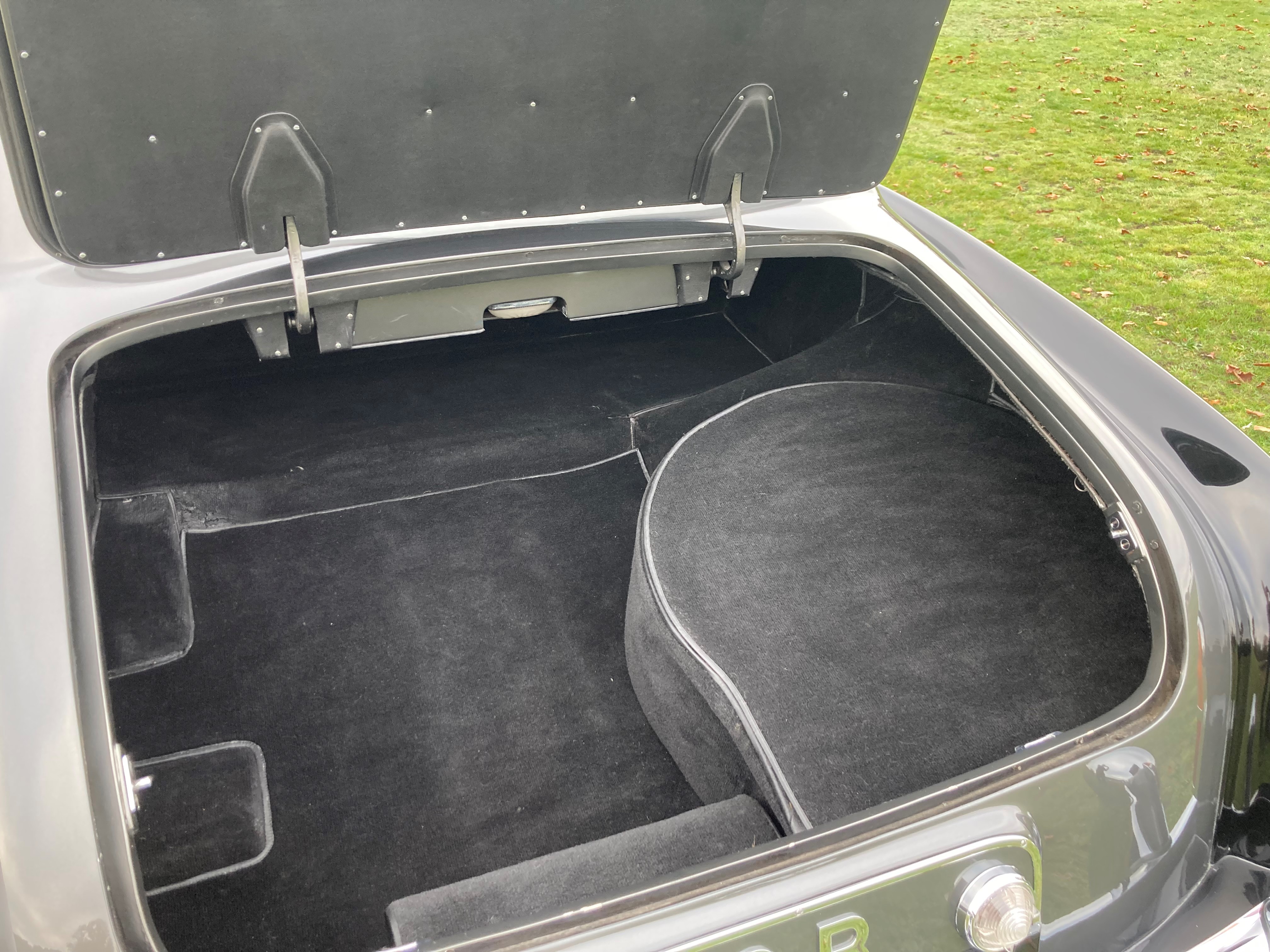 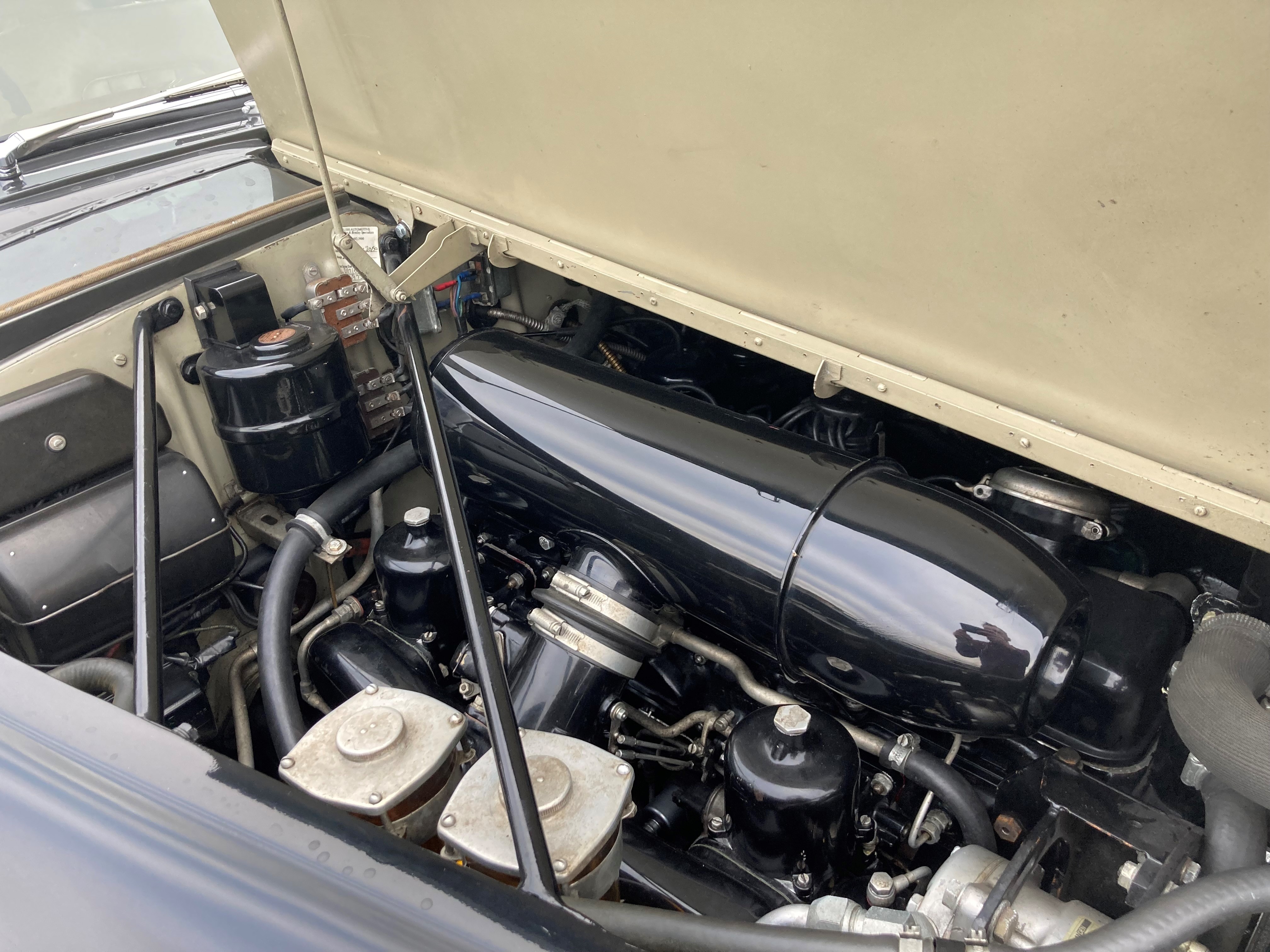 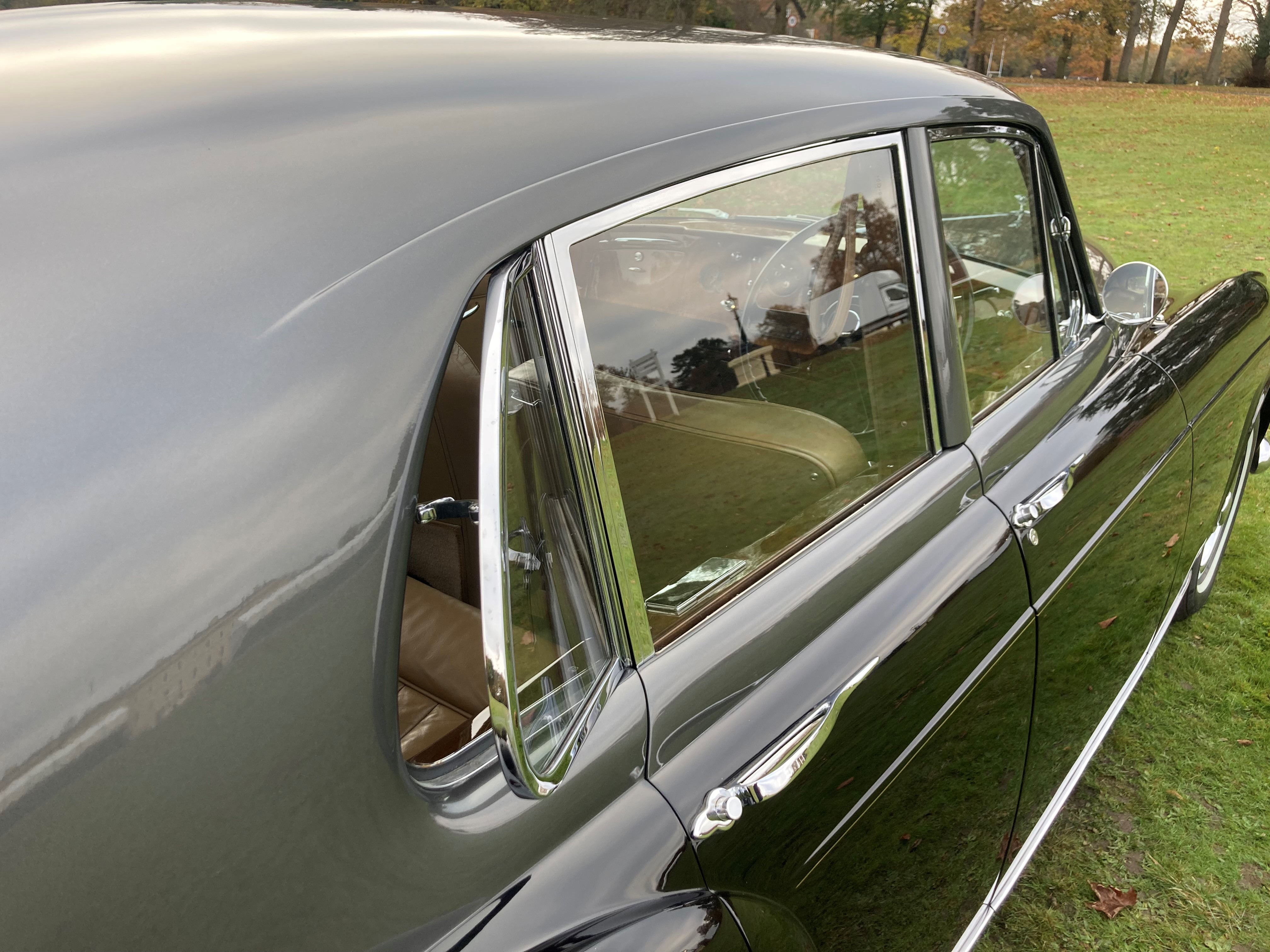 The vast majority of Flying Spurs were built to Design No 7443, the Six Light configuration with the larger rear quarter light window. A total of fifty four cars were produced in this style. A second option was offered in the shape of Design No 7443/B, the Four Light configuration with a reduced rear quarter light window for added privacy for passengers seated in the rear of the car. Just fourteen cars were built to this design.

However there was one further Flying Spur configuration bodied and produced on the S1 Continental chassis by H.J.Mulliner, that being Design No 7443/B/Mod.2, which has become known as the Van Gerbig configuration. Just two cars were built in this style for Mr Peter Van Gerbig, to his own specific design requests, one in left hand drive and one in right hand drive. The rear quarter light window was reduced in size from the Six Light design, but also hinged to allow it to open and close. Mr Van Gerbig ordered Chassis No’s BC28LEL in left hand drive and the car we are currently offering for sale, that being Chassis No BC21FM, although for reasons unknown, he didn’t take delivery of either motor car once they were finished.

Chassis No BC21FM was supplied new in late 1958 by Jack Barclay Ltd to Reckitt & Sons Ltd of Hull in Yorkshire, for the use of Mr J.B. Upton. It was finished in tudor grey with a tan leather interior, the one it still retains today. It was specified to include extra horns, GB plates and a Blue Spot radio and was retained by the original owner until 1965. In the seven years of their ownership Chassis No BC21FM was sparingly used, with a total mileage of just 4,500 recorded when it was purchased by the second owner, Mr R.W. Duke of Wolverhampton again through Jack Barclay Ltd. Mr Duke kept the car until 1977 when it was sold to its third owner, Mr J Kerr of Glasgow, with 38,000 miles recorded at this time. During the first two ownerships, the car was maintained by Jack Barclay Ltd in their London workshops, with several invoices present in the excellent history file.

Mr Kerr had a significant collection of Rolls-Royce and Bentley motor cars and drove Chassis No BC21FM sparingly during his ownership, selling the car in 1980 through P&A Wood to Mr G Wastnage of Essex, with 41,000 miles now recorded. During Mr Wastnages ownership, P&A Wood maintained the car for him until it was sold in 1984 at 45,000 miles to Mr D Fletcher of Bournemouth. Mr Fletcher had the car recommissioned in 1995 with an engine overhaul and various other works carried out prior to the car being acquired in 1996 by Bentley Continental specialist P.J.Fischer, then at 58,500 miles from new.

Mr Fischer had his team prepare the car to the highest standards, re-painting it in tudor grey over black and going through all of the mechanical aspects to ensure reliability, correct performance and pleasurable motoring. It was then supplied by Mr Fischer in late 1998 to its most recent owner. During his ownership the car was maintained by English Automotive and then A&S Engineering, both very well-respected Bentley specialists.

Prior to being offered for sale by Frank Dale &Stepsons, our workshop team carried out a detailed inspection of Chassis No BC21FM and a series of works then ensued on a no expense spared basis, to ensure the car was in top driving condition, to match the beautiful cosmetic aspects.

This unique and highly collectible Bentley Continental is incredibly elegant, a real delight to drive and comes complete with an extensive and detailed history file covering its life from 1958 to present day.