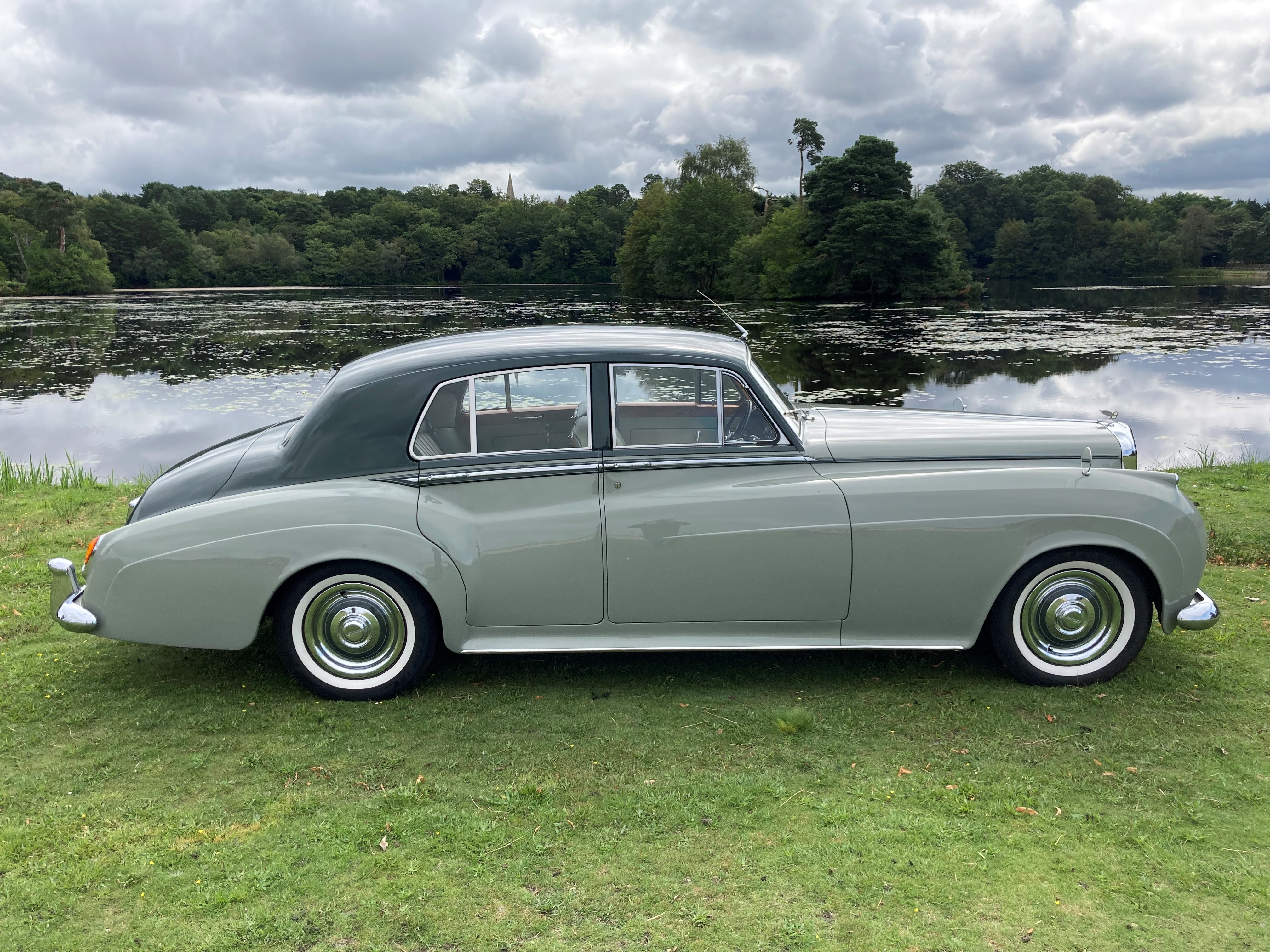 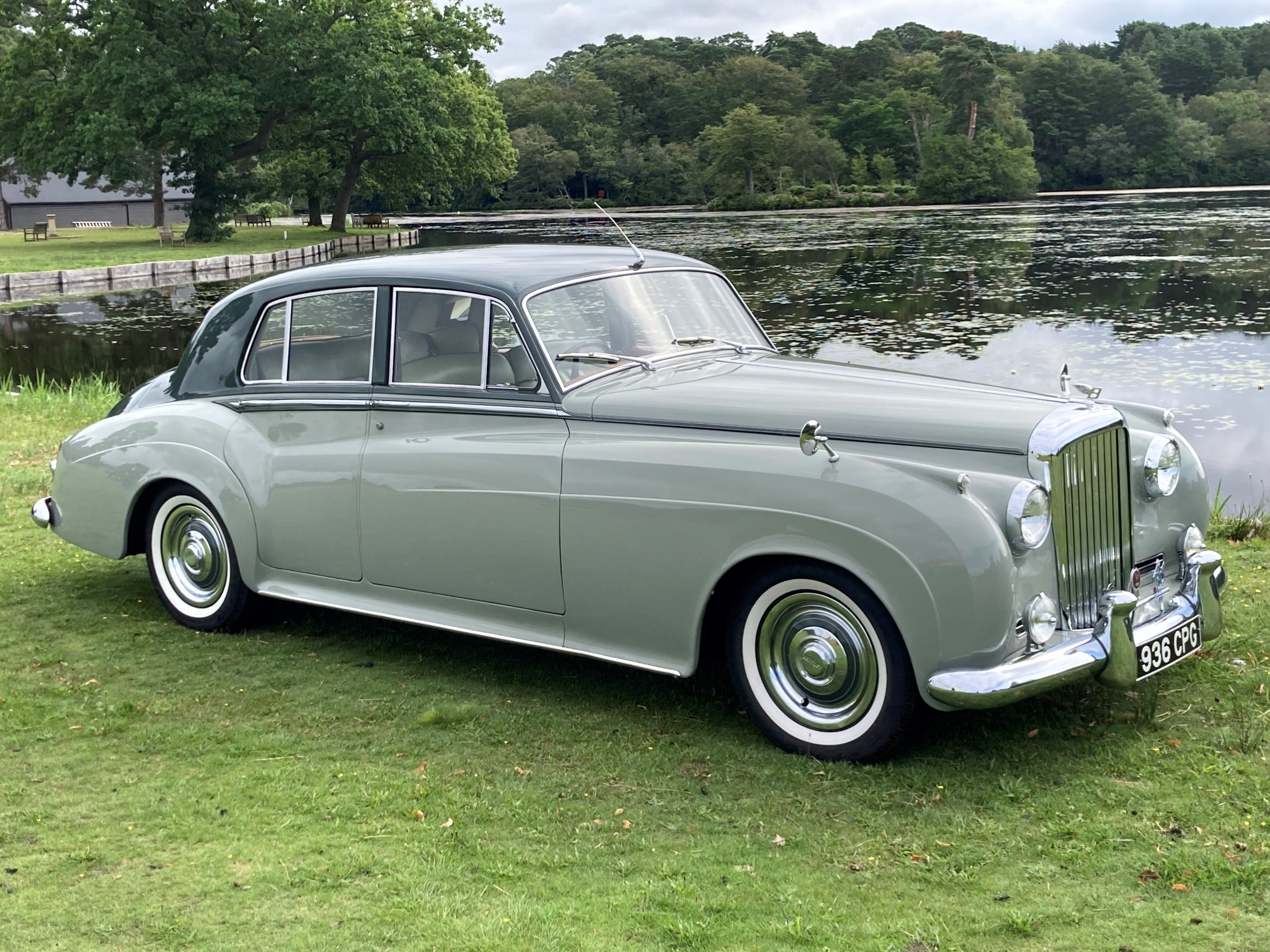 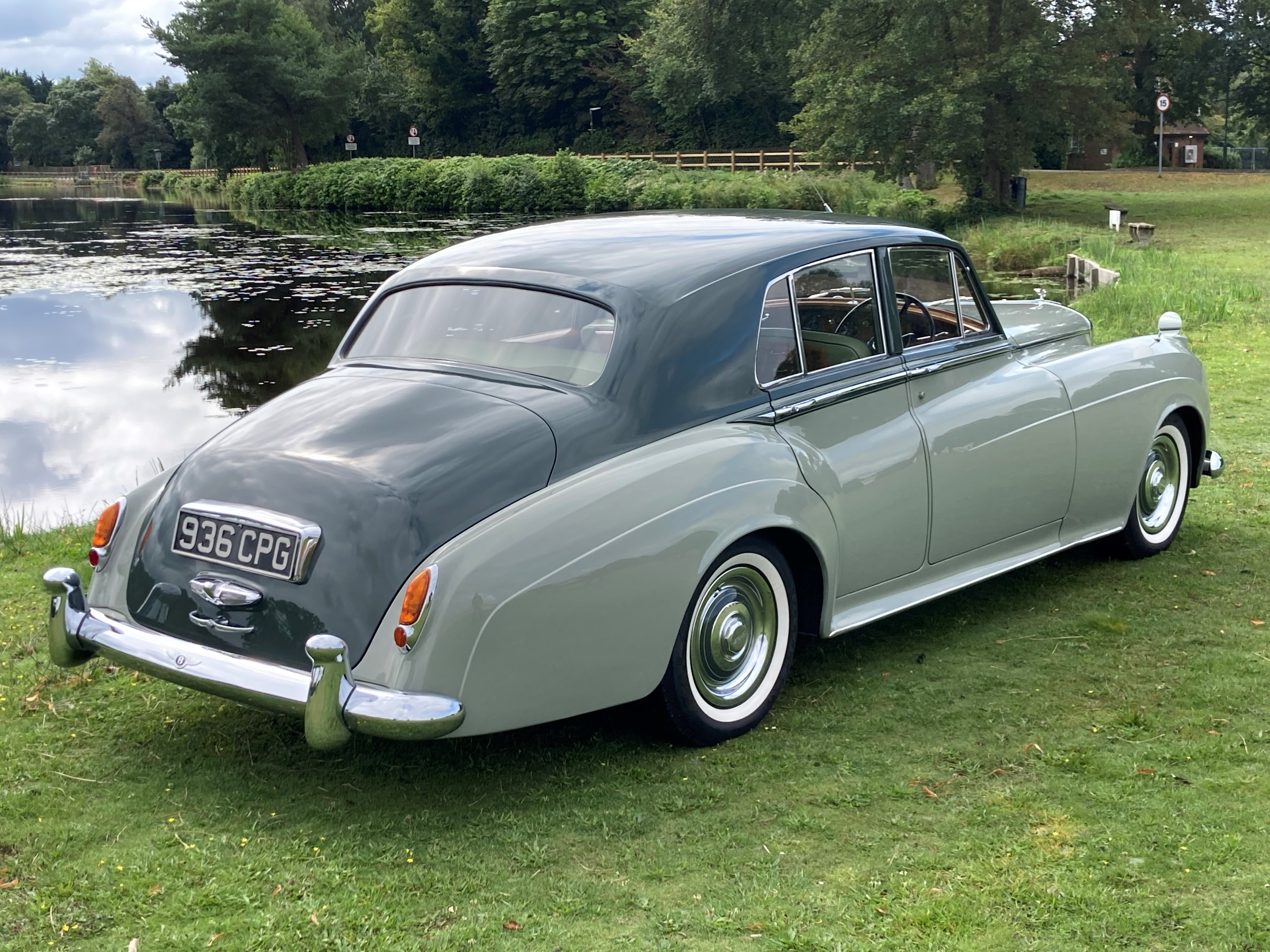 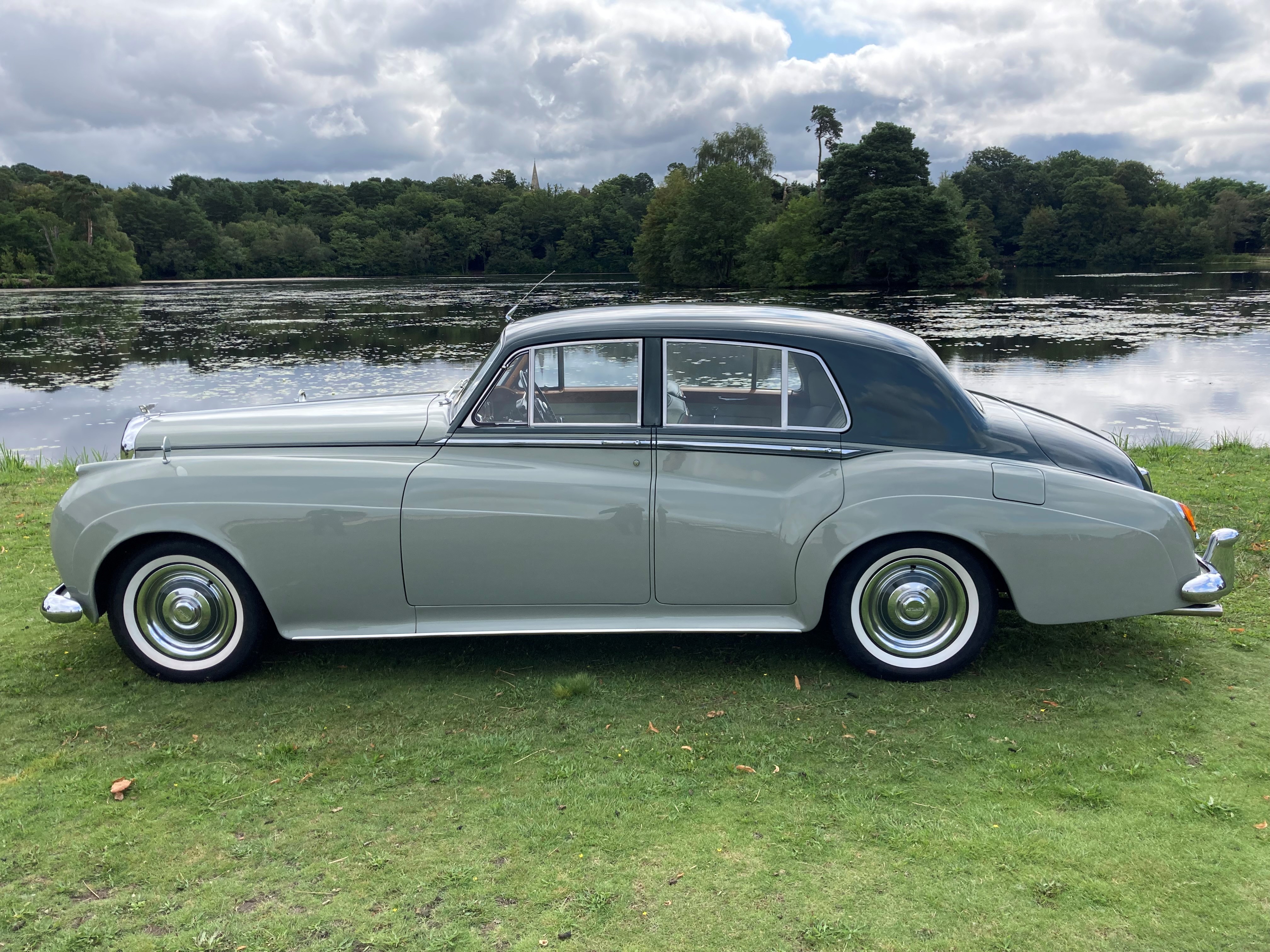 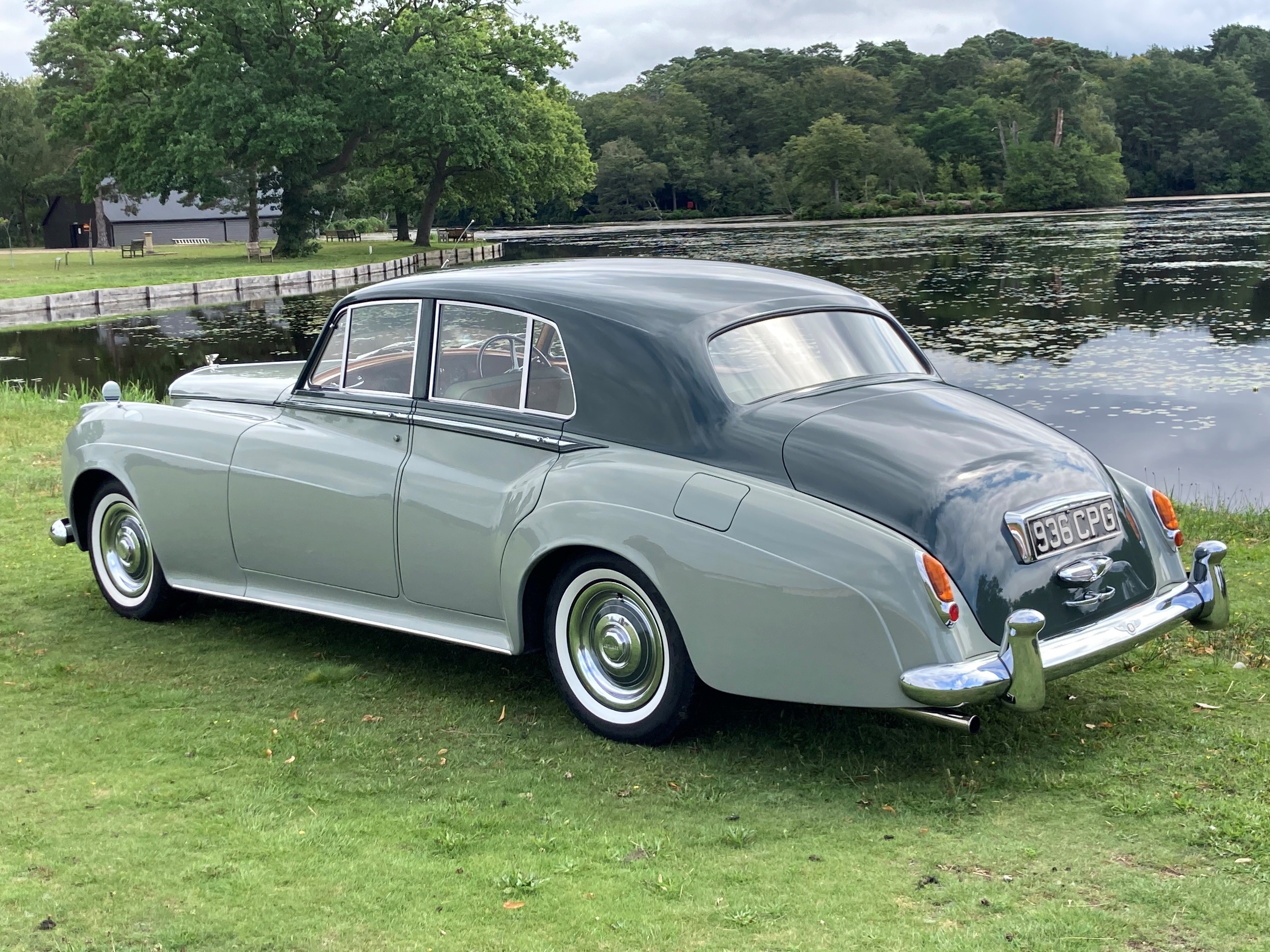 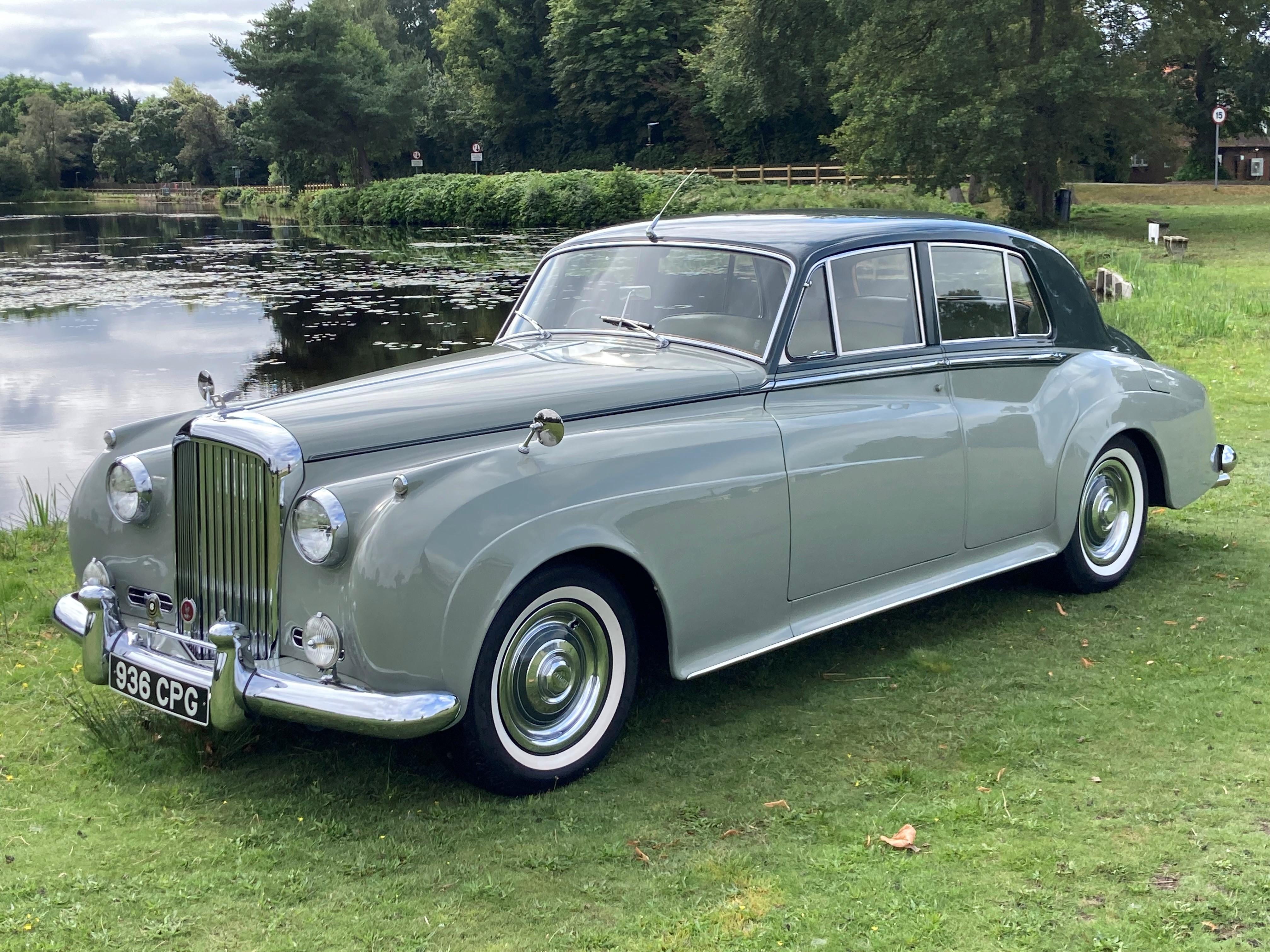 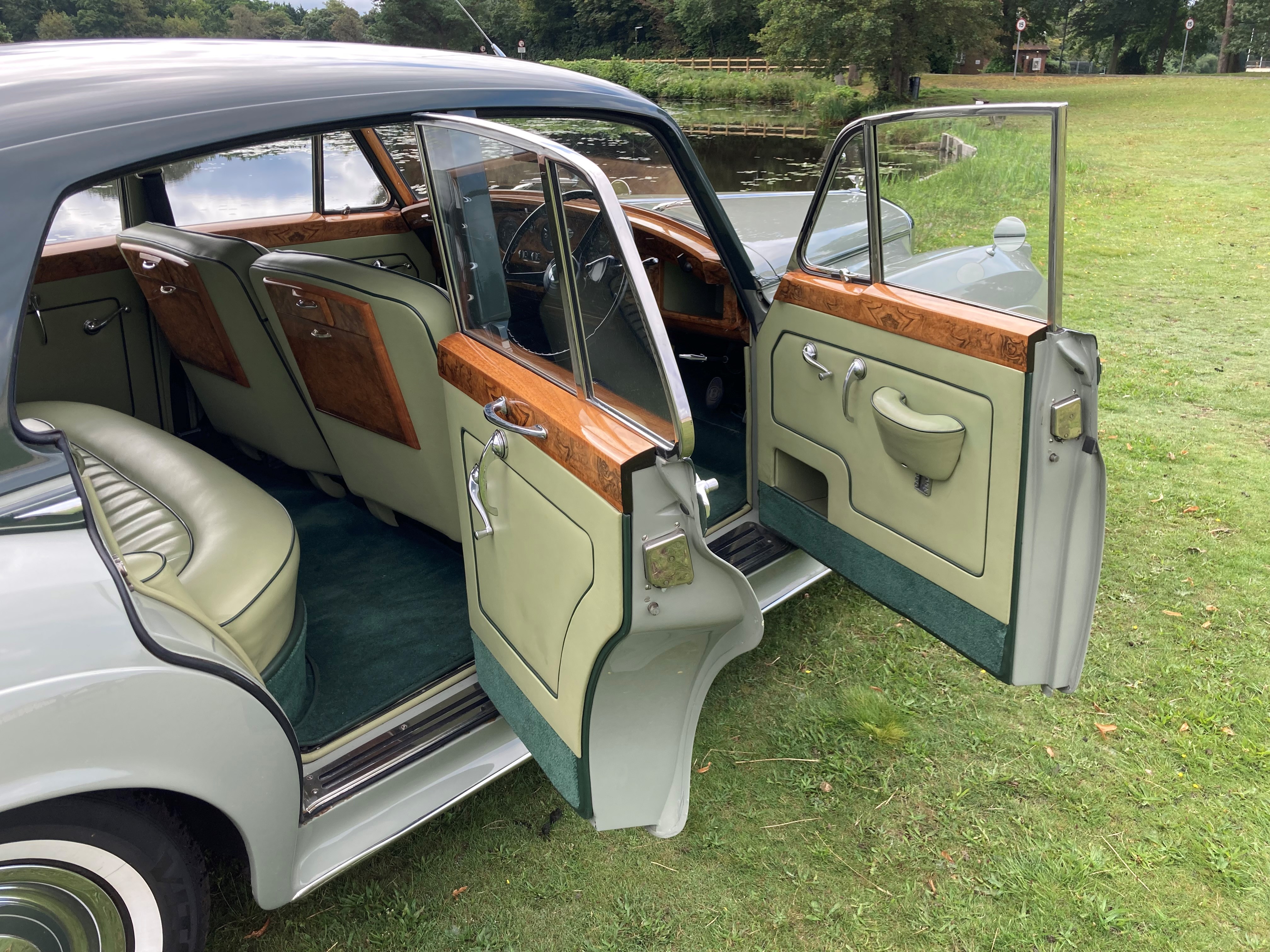 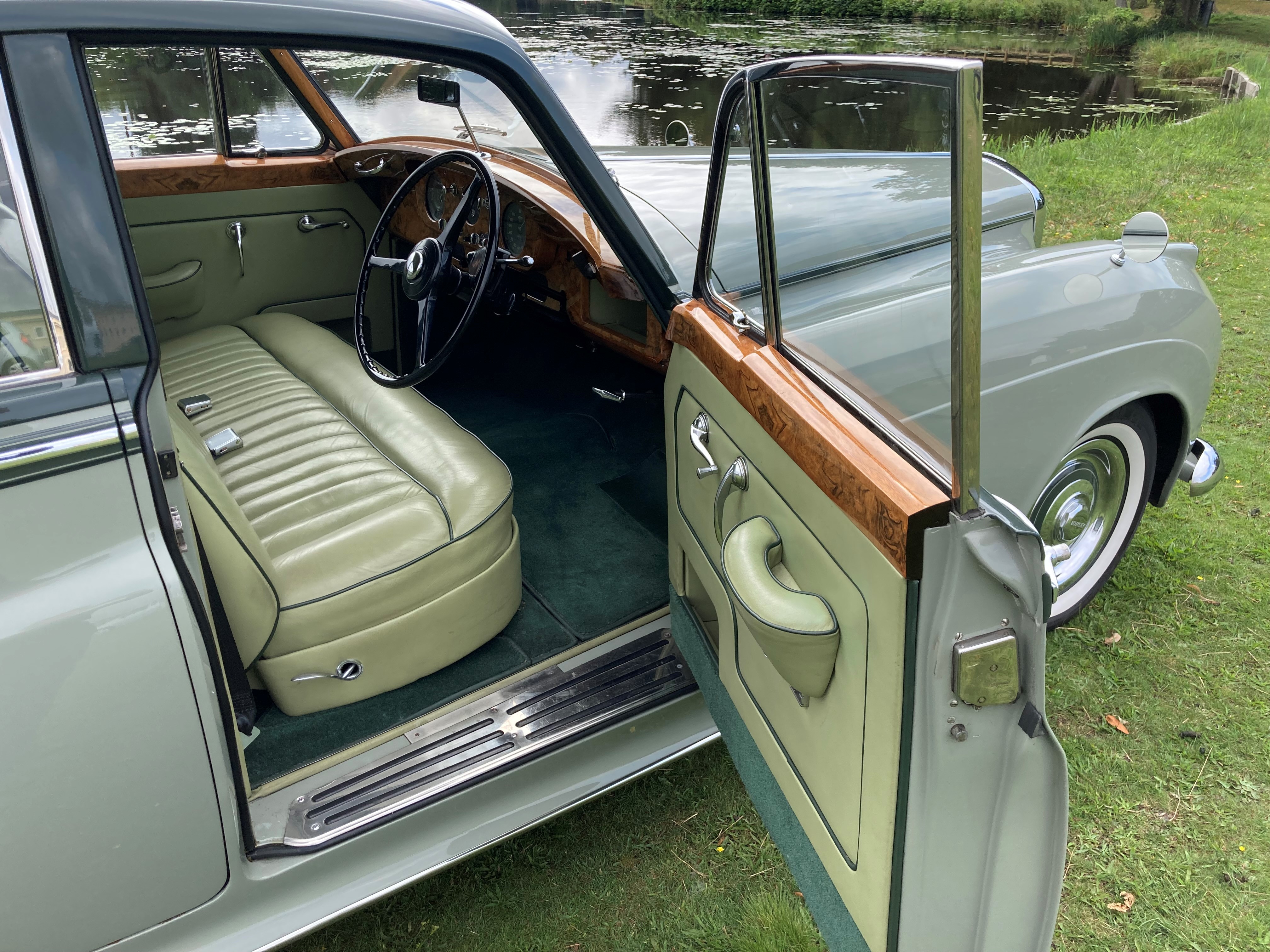 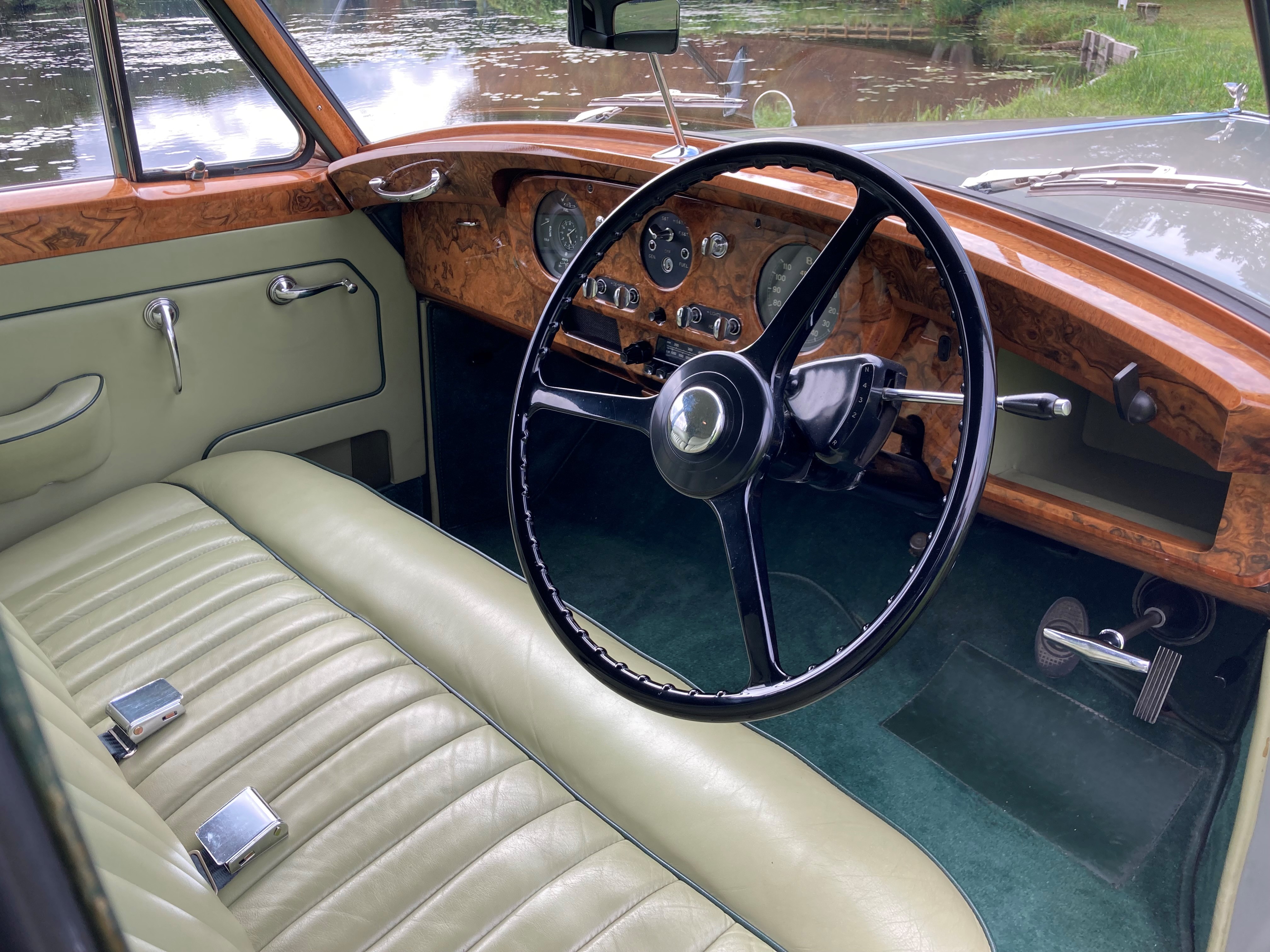 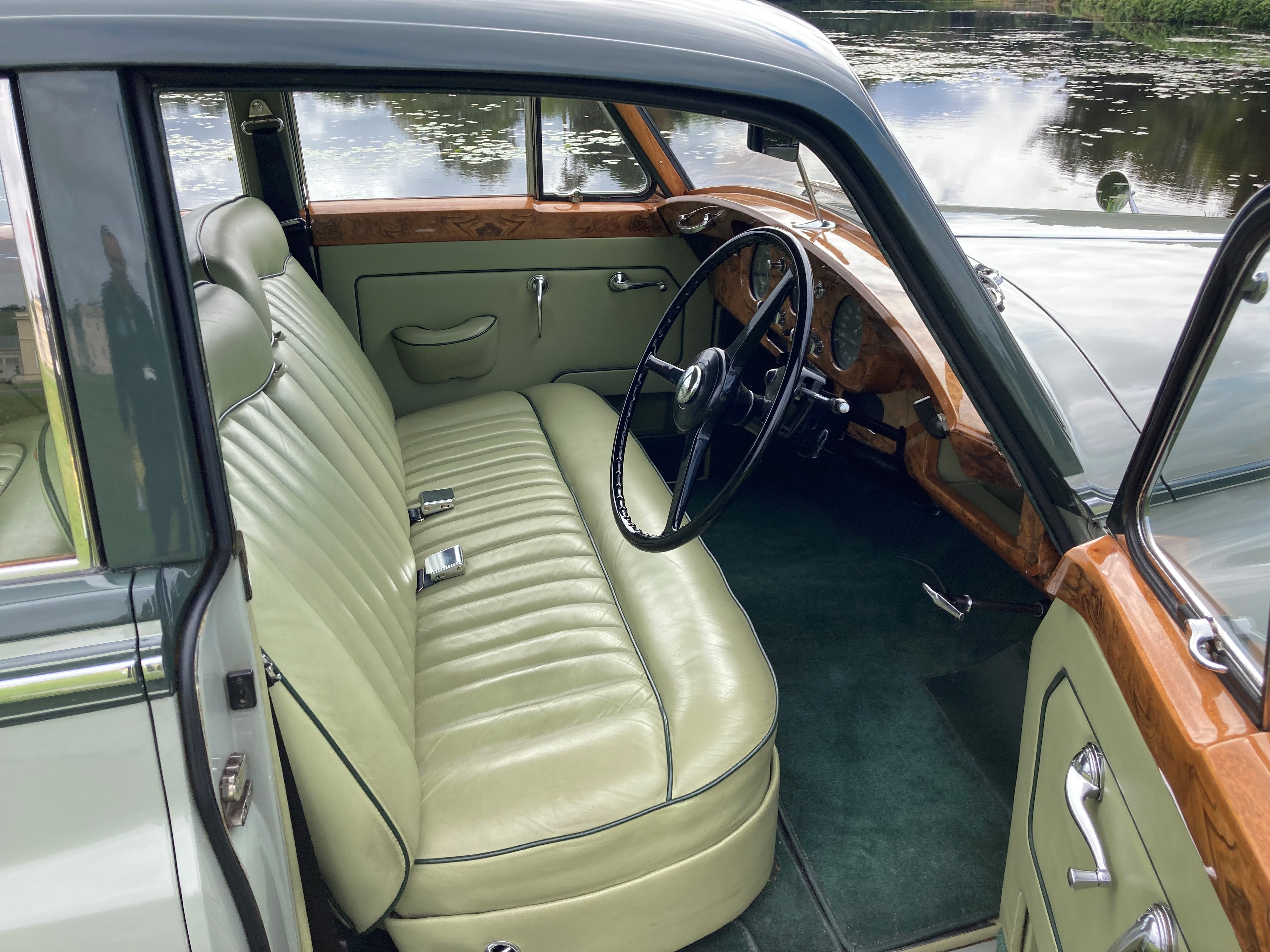 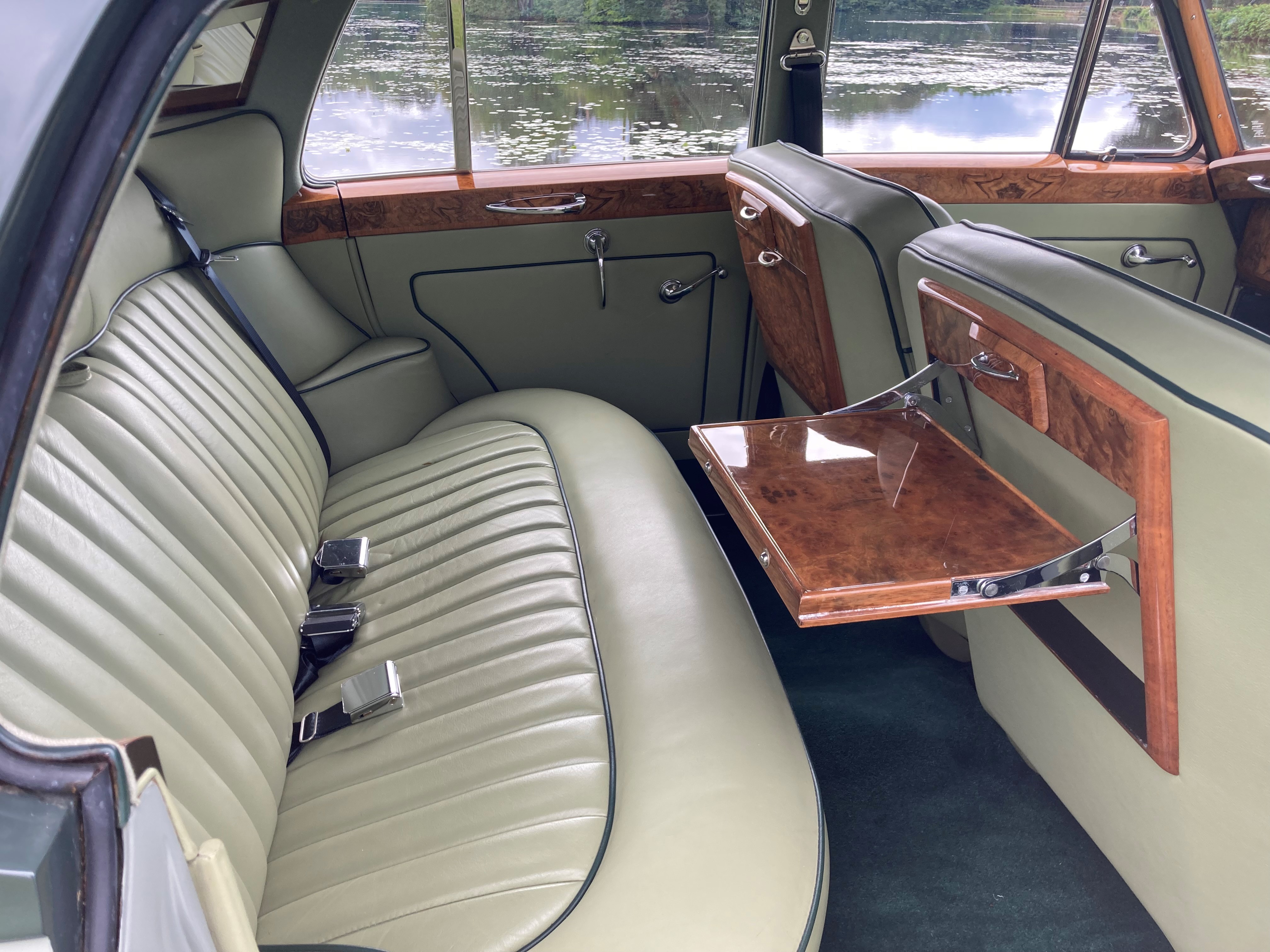 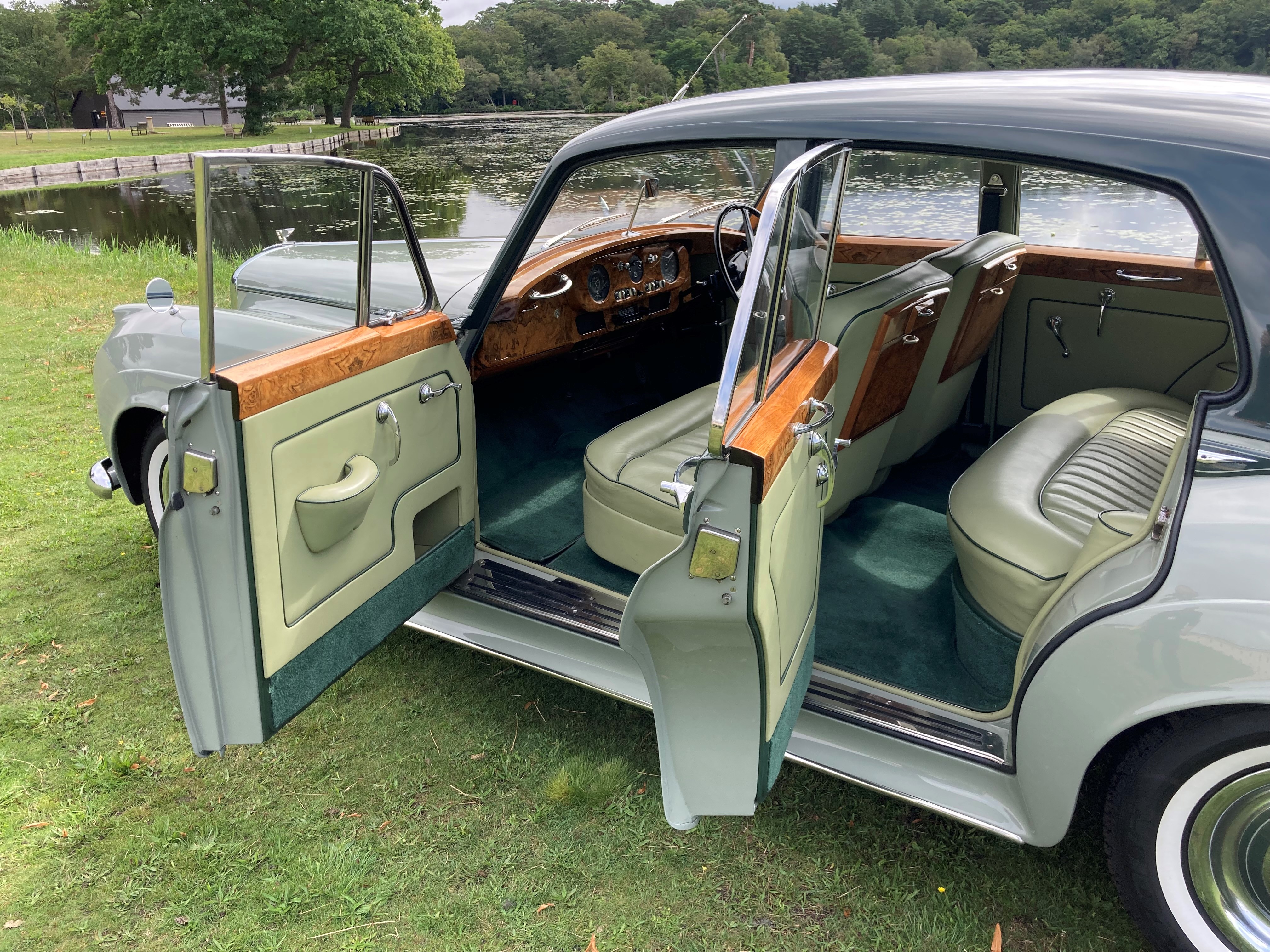 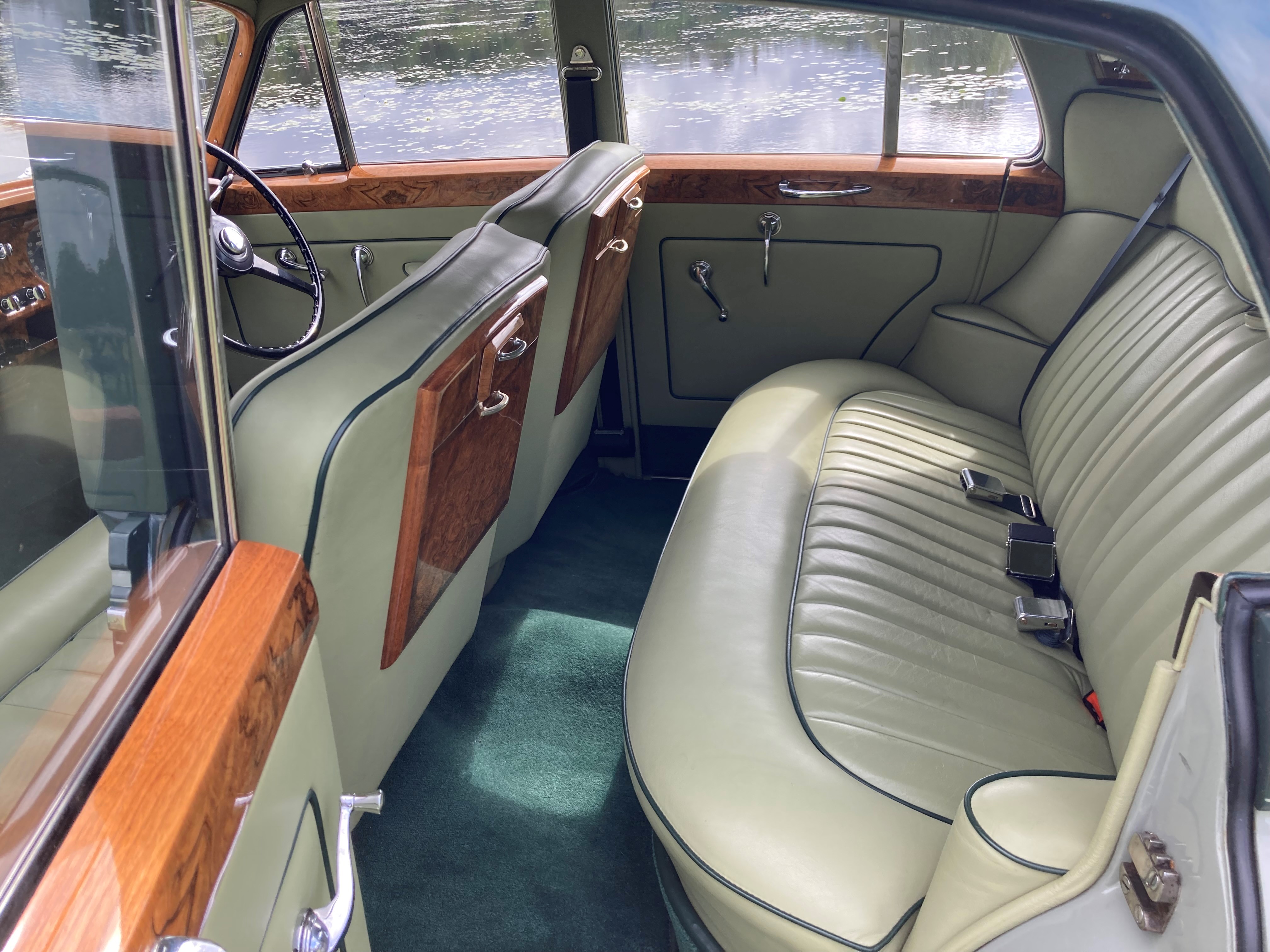 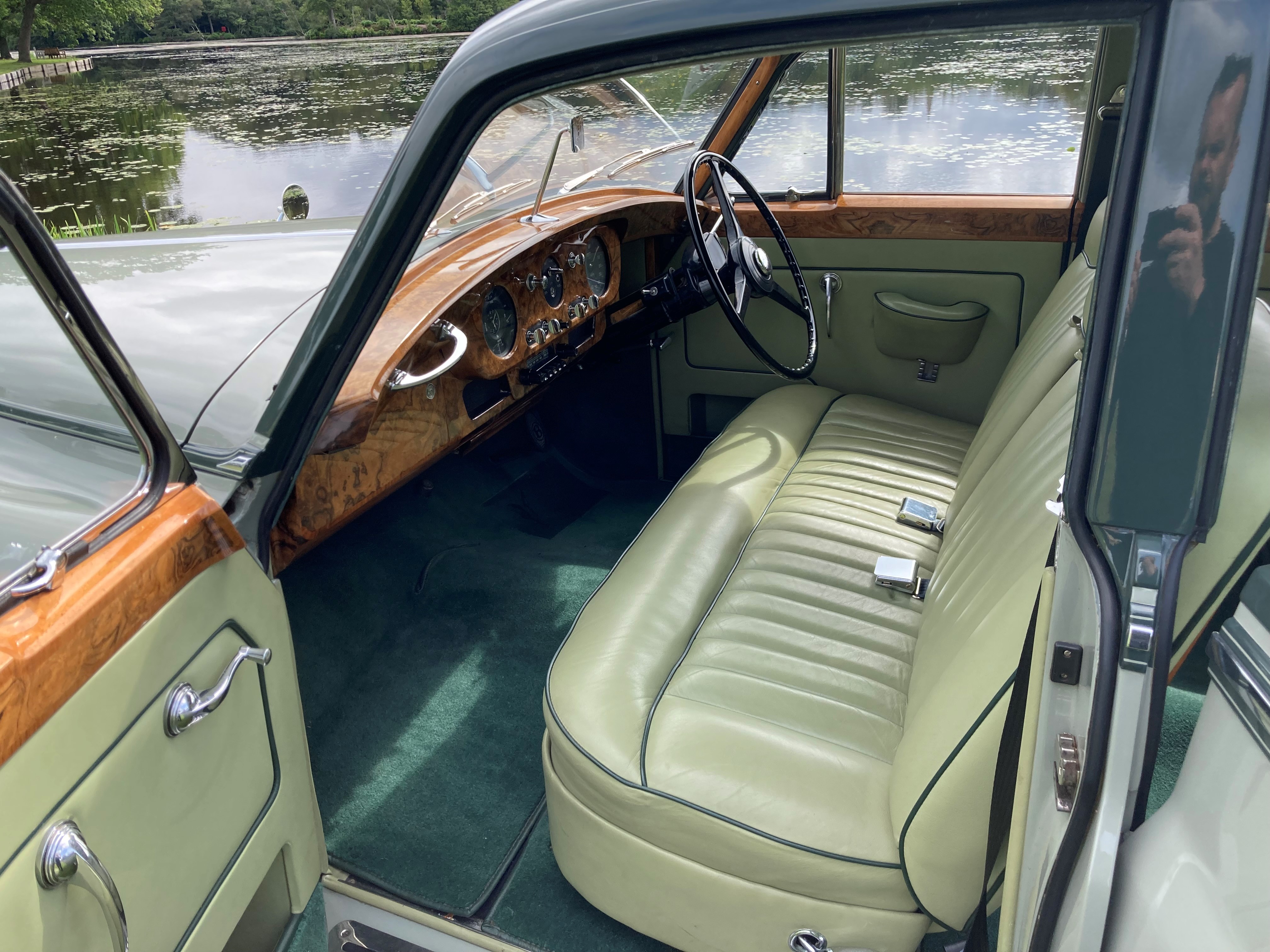 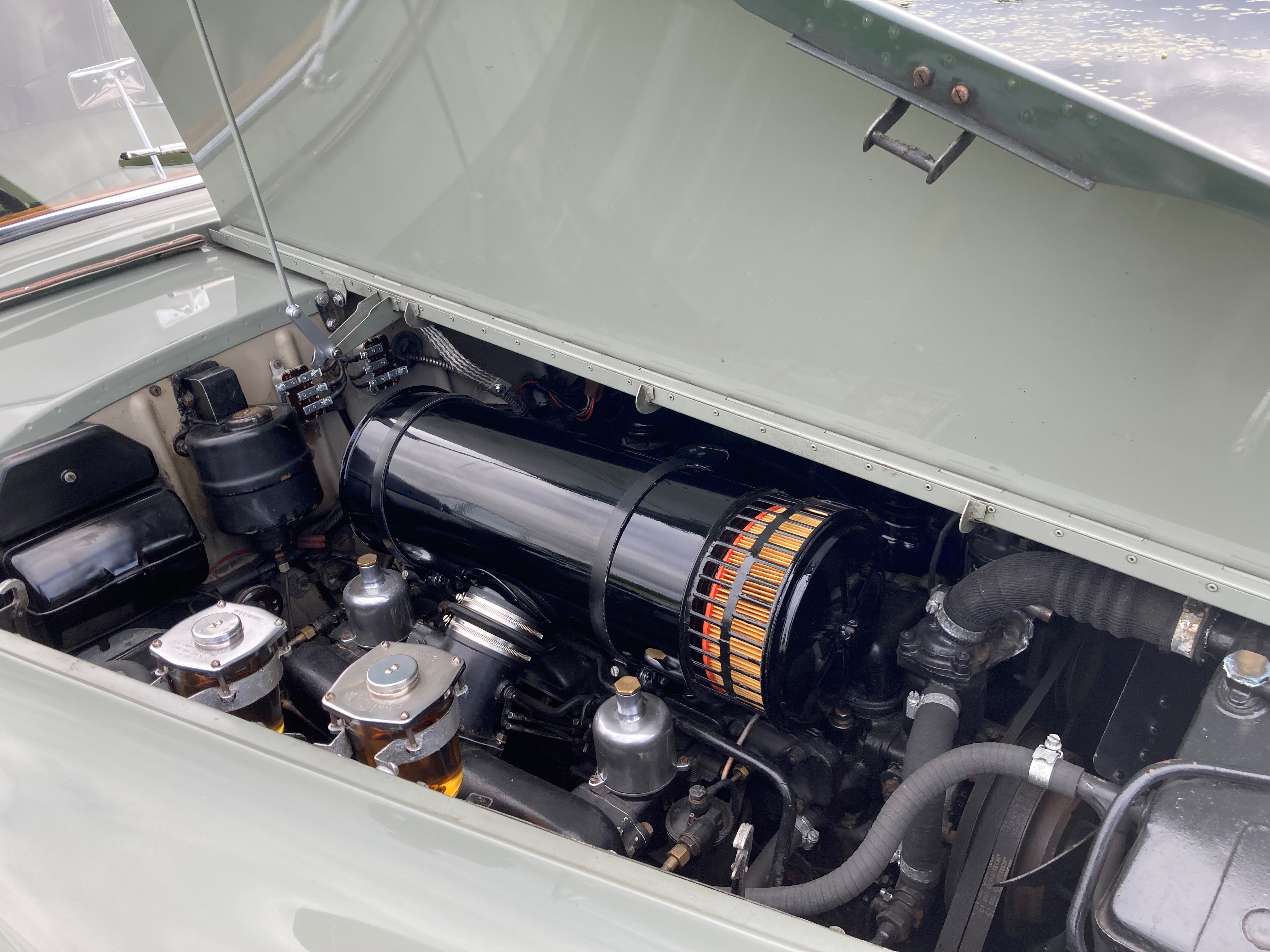 The success of the Mk VI and R Type prompted Bentley to pursue its post war policy of producing standard factory built coachwork with the introduction of the all new S1 saloon in early 1955. John Blatchley who was chief designer at this time was given the task of styling the new coachwork; the final result being met with wide approval. The new offering from Bentley was larger in size than its predecessors but is still considered to be one of the most elegant and balanced models ever produced.

The lines on the new body leant themselves particularly well to two-tone paint schemes and Chassis number B282EG which we are currently offering for sale is finished in this style. It was supplied new in March of 1957 by Weybridge Autos Ltd to Mr L.A. Sim of Weybridge in Surrey. It was finished originally in smoke over sage green with green leather, as it still is today. Whilst owned by Mr Peter Bretherton Chassis No B282EG was extensively restored during the early 1990s.The quality of the work was first class and the car is still in excellent condition well over twenty years on. Mr Bretherton kept and maintained the carto the highest standards until 2011 when it was sold. Since 2011 the car has continued to be maintained beautifully. It is complete with an extensive history file, complete tools, handbook and recently fitted period looking seatbelts. It may be one of the best examples available and comes fully serviced, prepared and tested by ourselves.