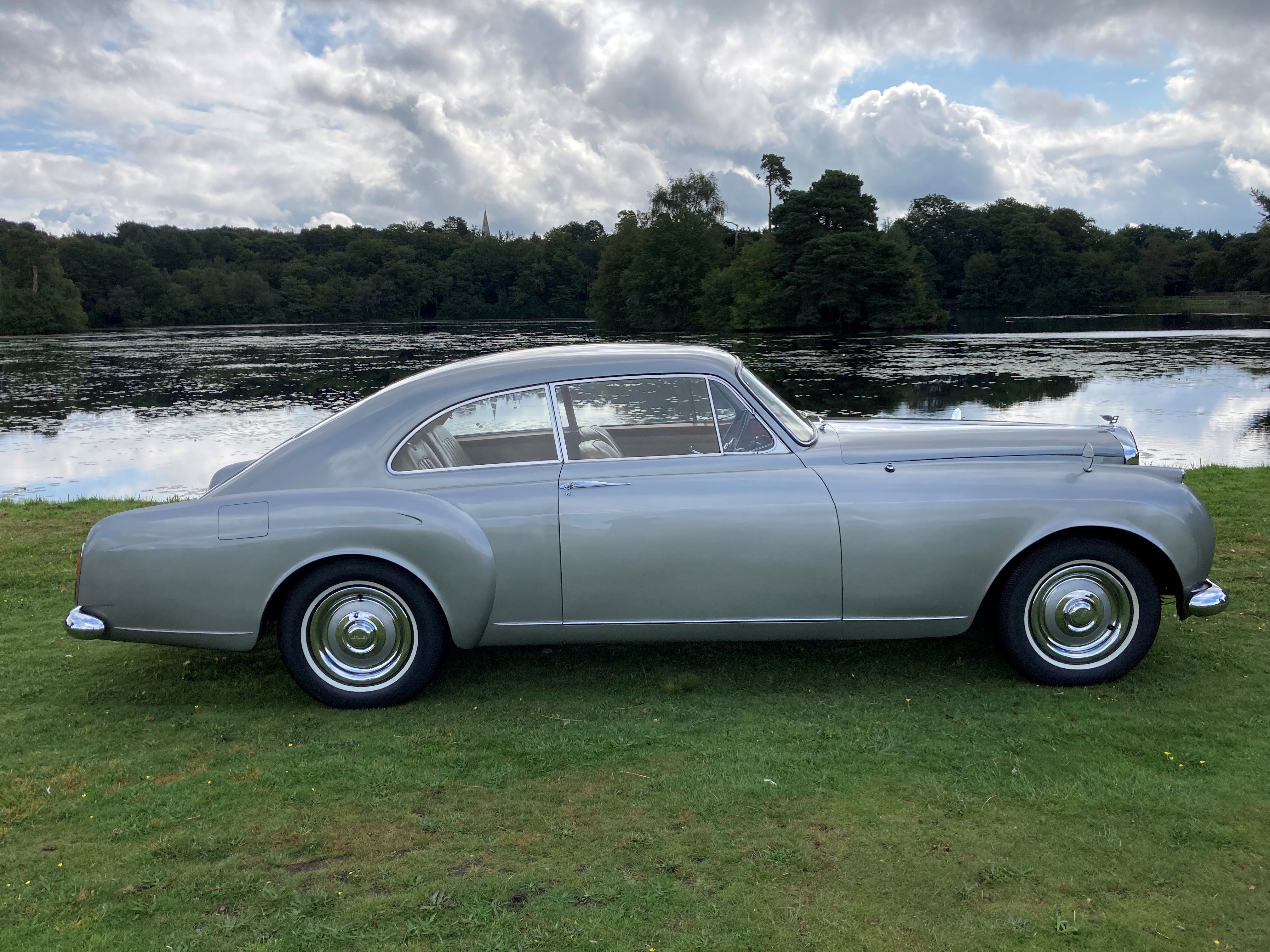 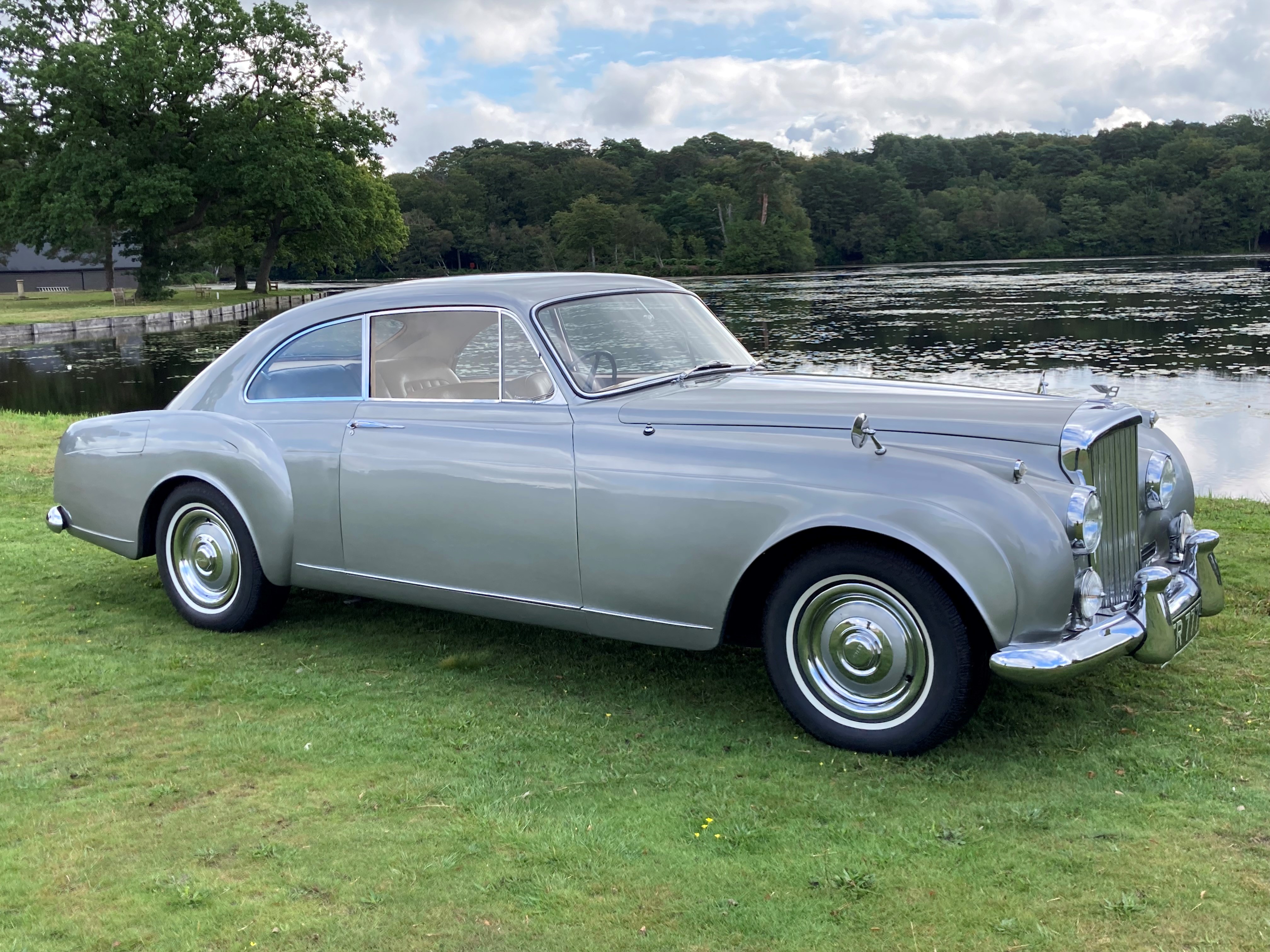 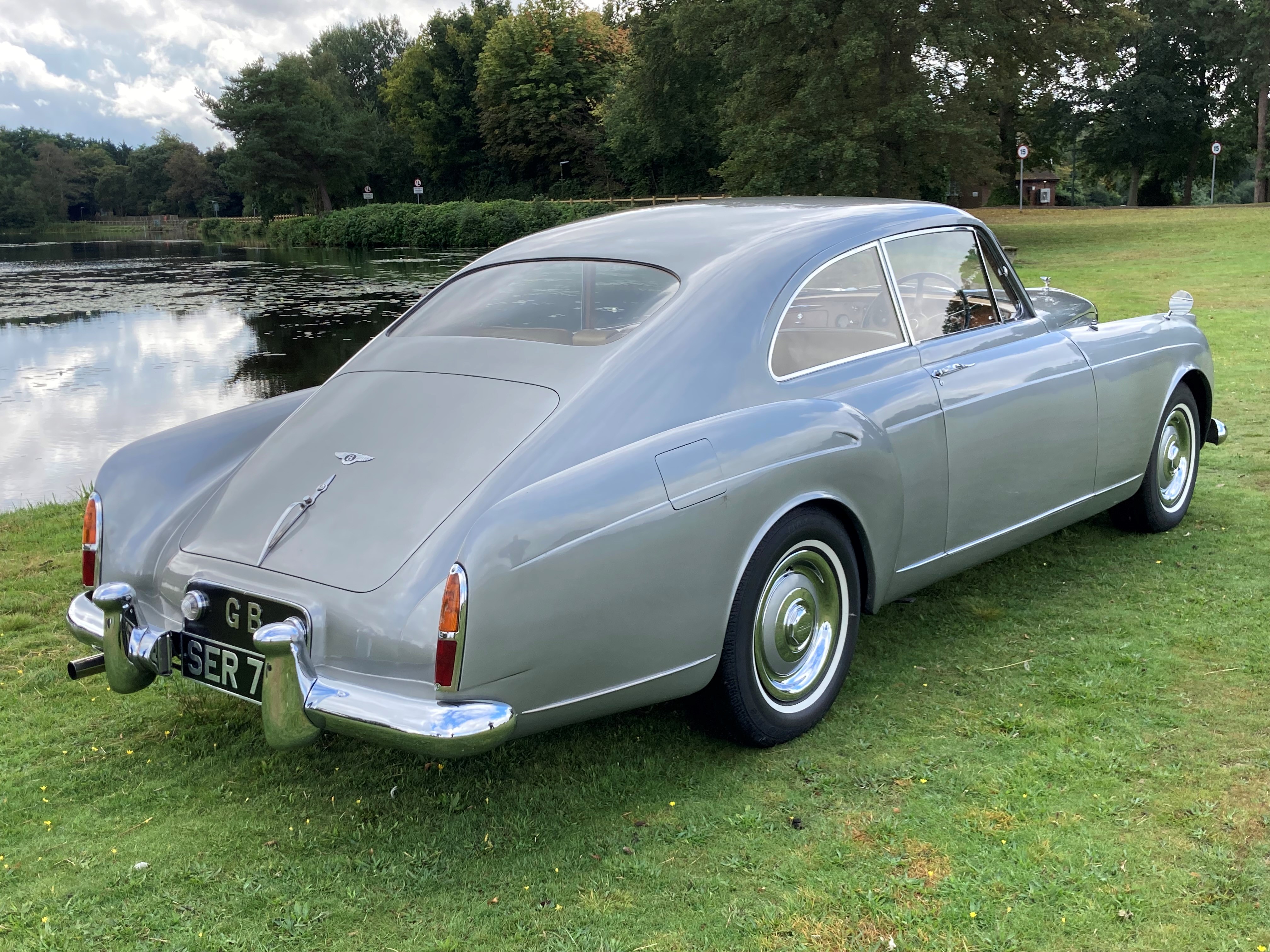 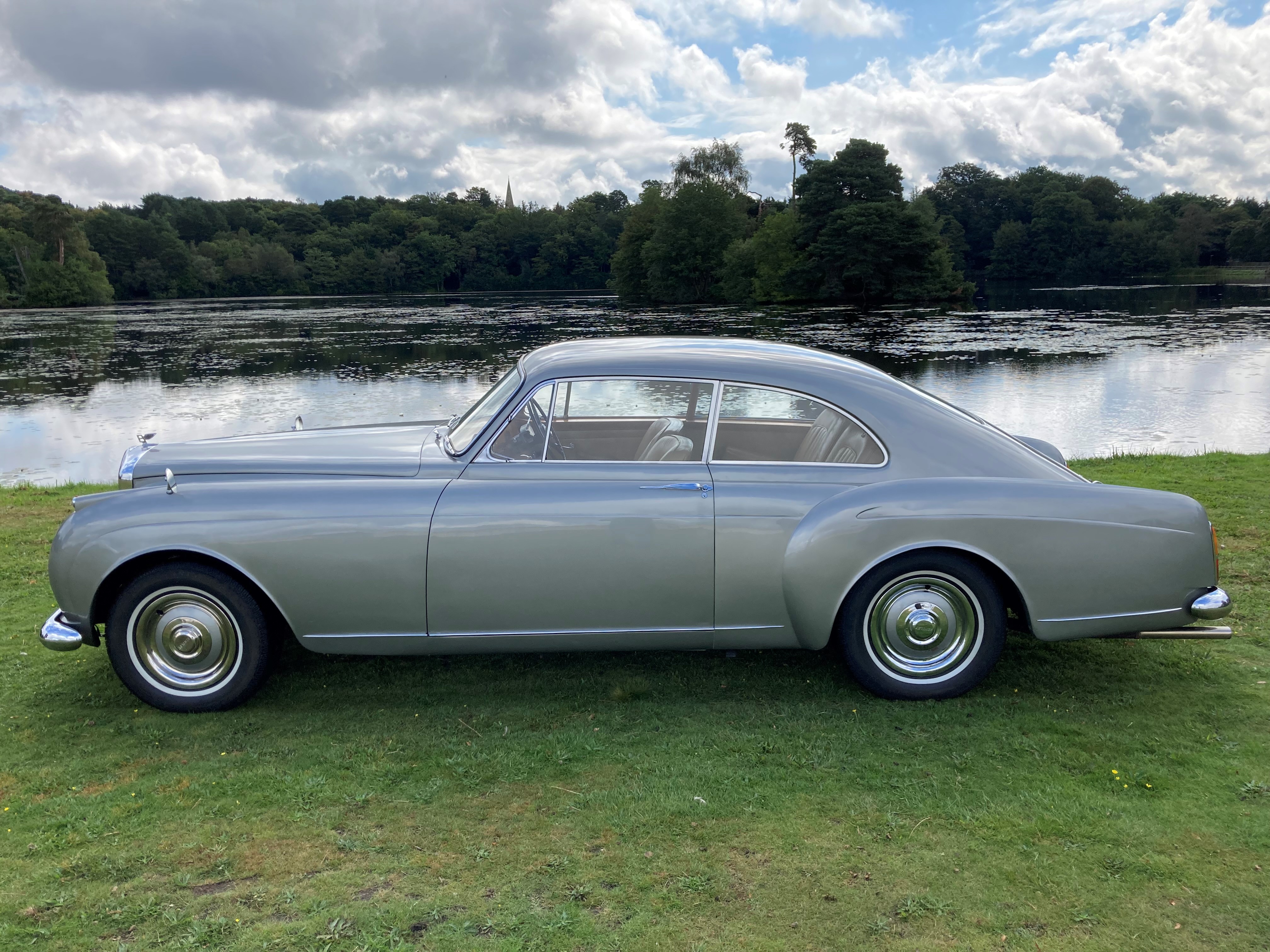 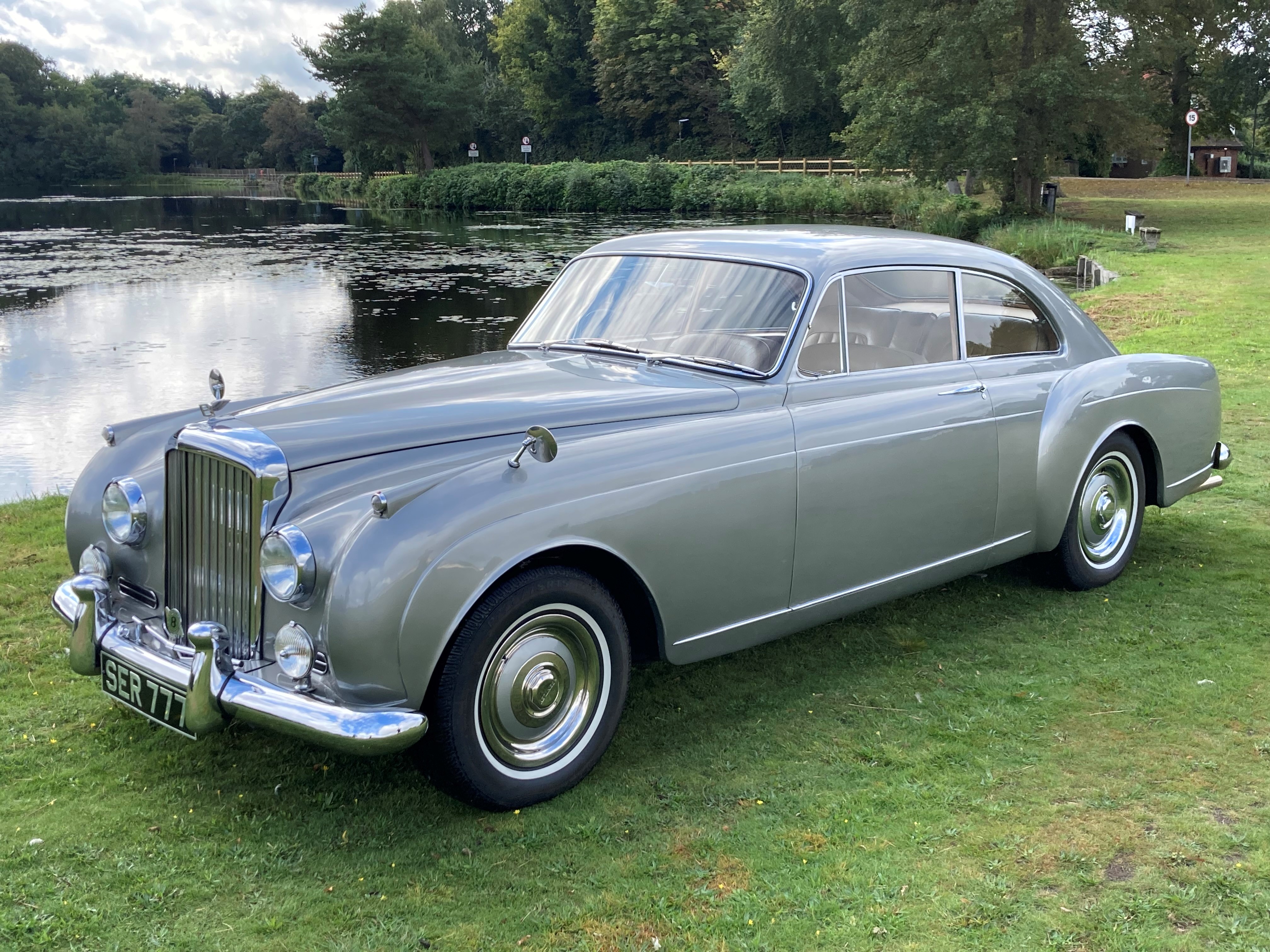 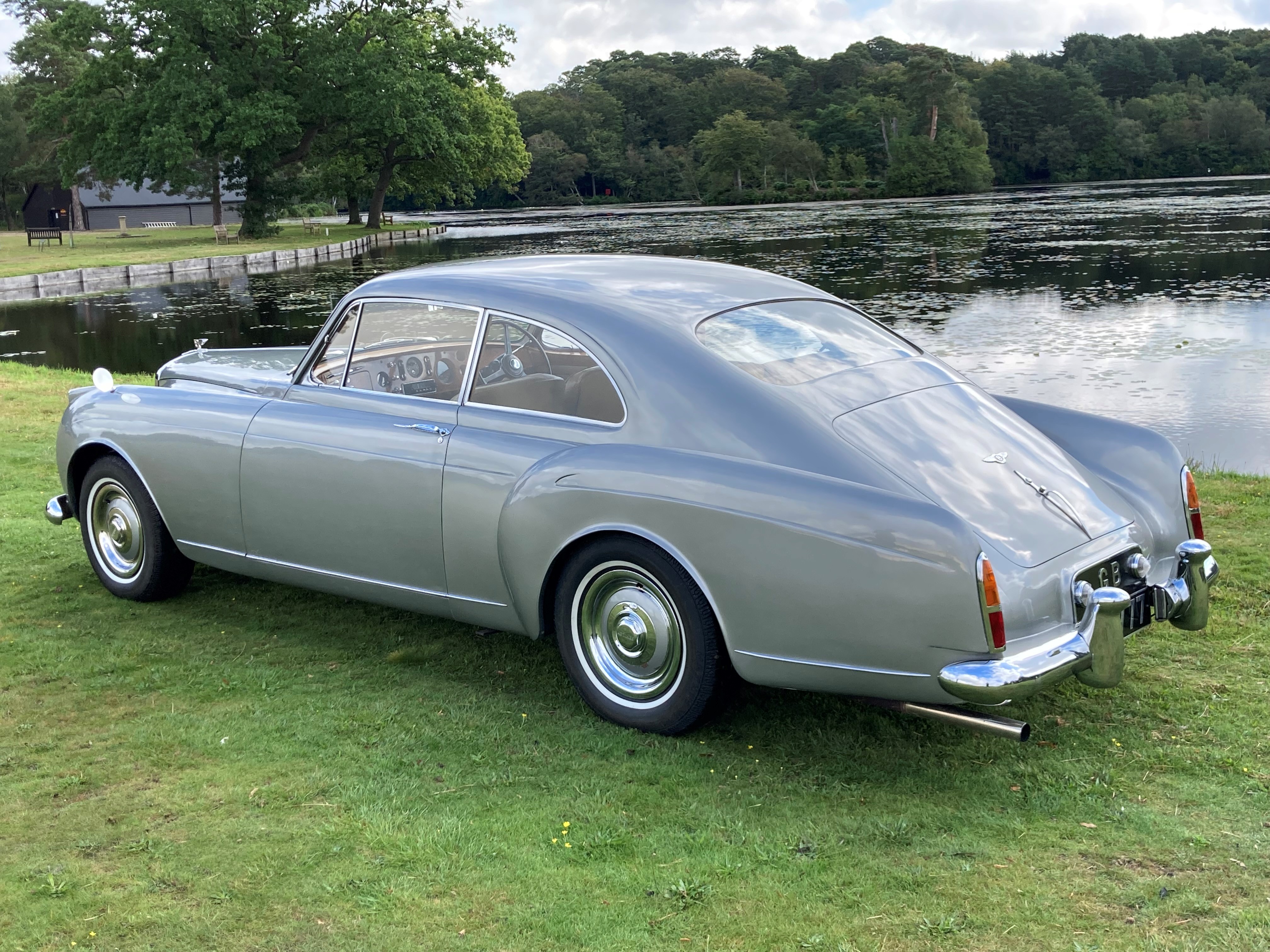 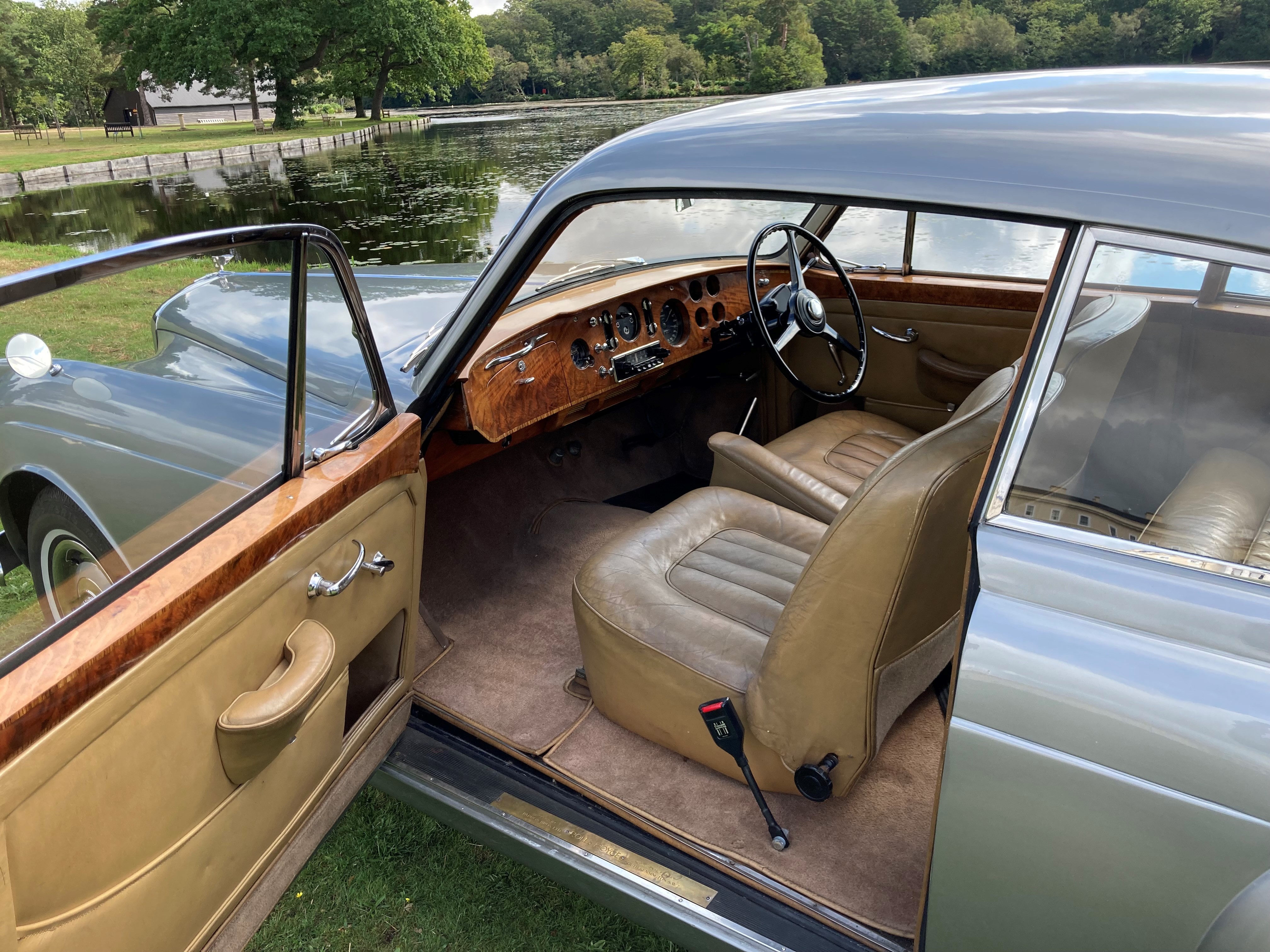 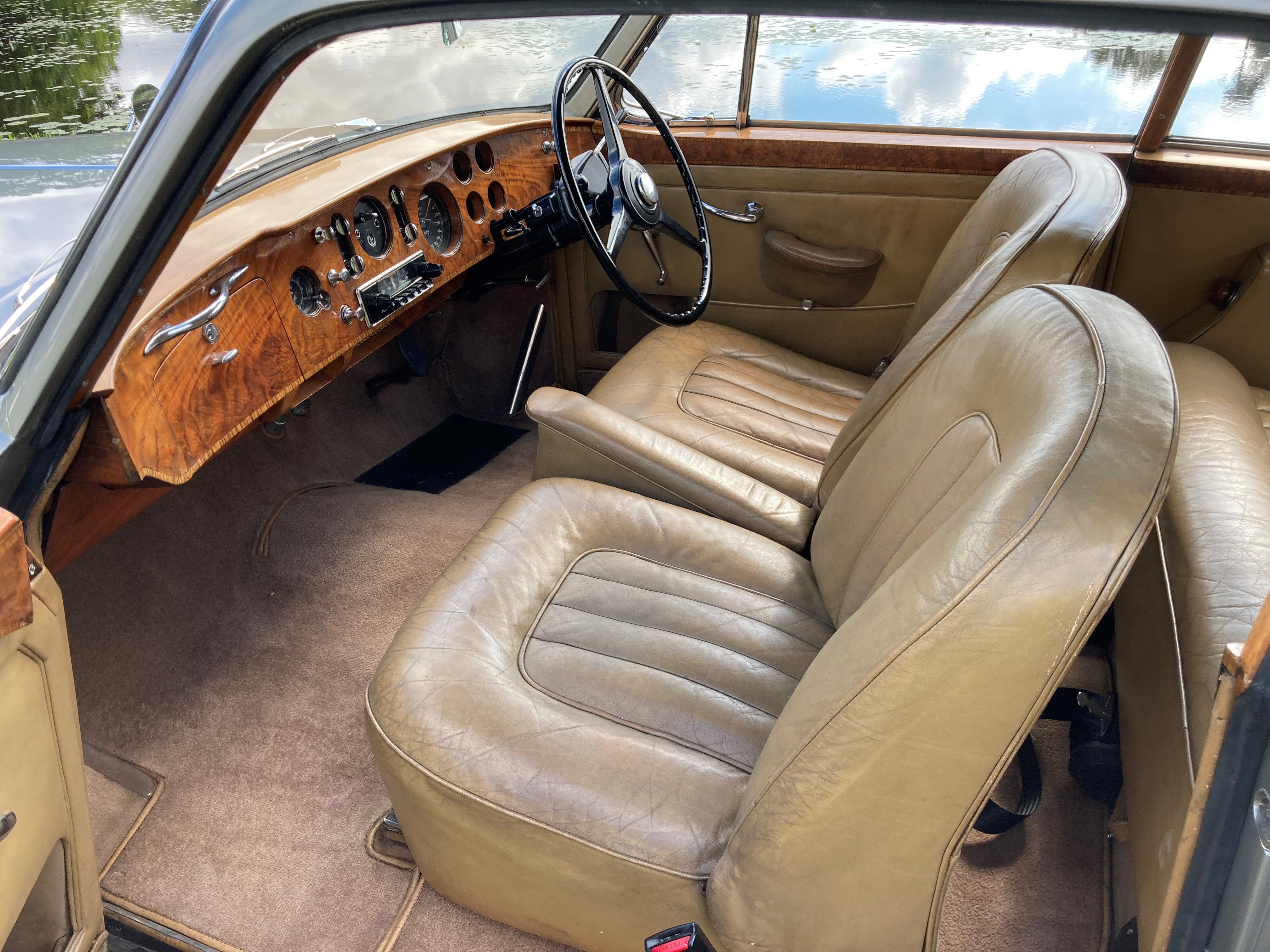 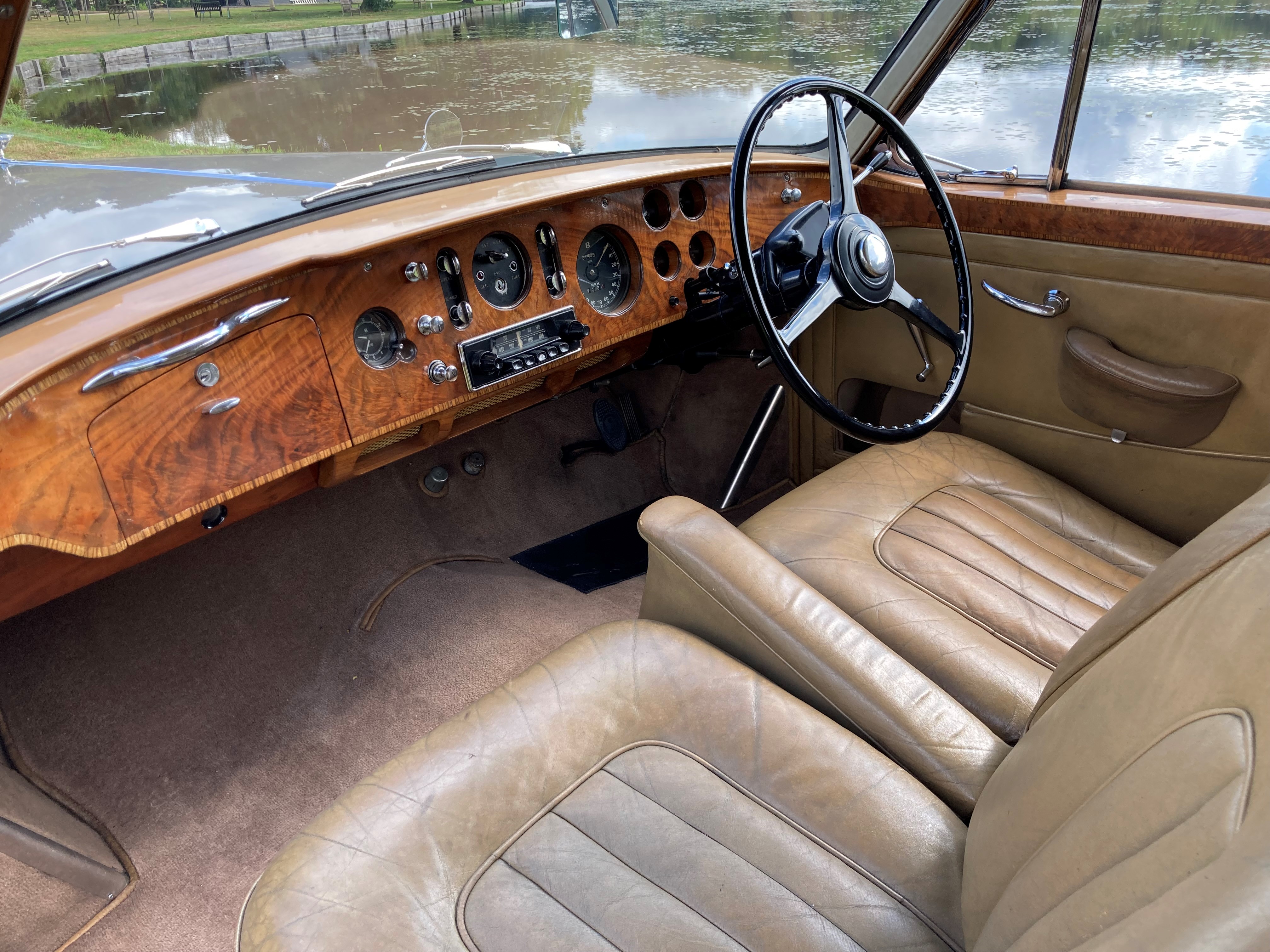 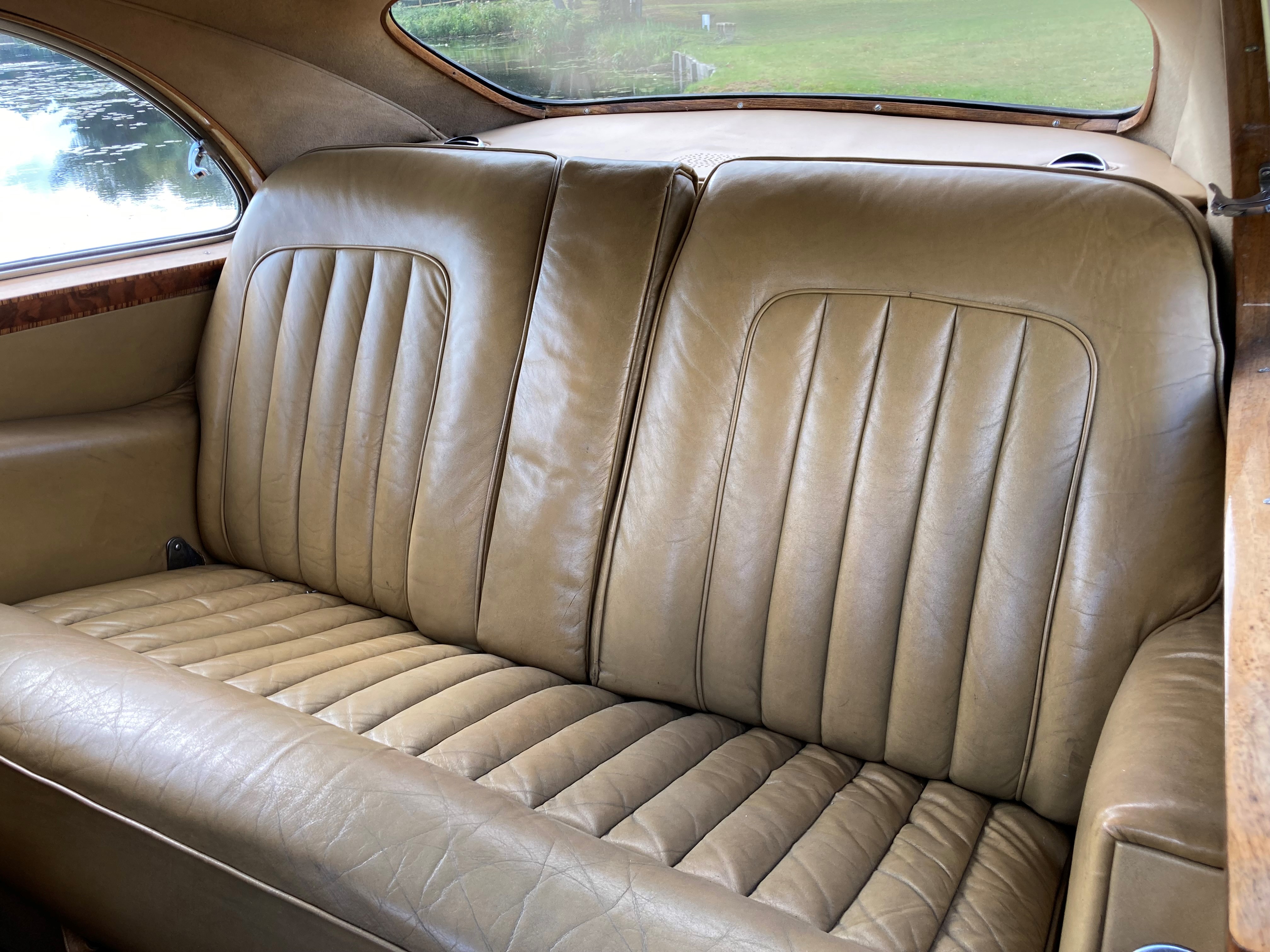 The success of the R Type Continental between 1952 and 1955 lead to the creation of the S1 Continental chassis, which was released in April of 1955.For the first time Bentley enthusiasts had a greater choice of coachwork designs to choose from with H.J. Mulliner and Park Ward responsible for bodying the majority of the S1 Continentals produced. One of the most popular designs was the fastback coachwork by H.J. Mulliner, built to design number 7400. It was modified to fit the 3 inch longer S1 Continental chassis and in styling terms was adapted further from the R Type Continental with a raised front wing line and less bulbous rear wings with a higher line which were finished with stylish new swage lines. One hundred and nineteen bodies were built by H.J.Mulliner between 1955 and 1957 to Design No 7400, which was then followed by Design No 7466, a modified Fastback design which is sometime referred to as the “high line” option.

This particular car, Chassis No BC10EL is one of the sixteen cars built in right hand drive. It was completed in November 1957, originally finished in black with a tan leather interior. It was supplied by Mann Egerton Ltd of Norwich in early 1958 to its first owner, Mr A G Marshall of Cambridge. The car changed hands a couple of times during its early life before heading north of the border in 1967 when purchased by Robt. Taylor & Co of Stirlingshire.

The present owner has entrusted BC10EL to Frank Dale & Stepsons for annual maintenance and improvements since 2009. Works during this time have included various overhauls, servicing and the instillation of parcel shelf mounted air conditioning. It has been used sparingly in recent years, for social occasions and as the owners London car when in the capital. It drives beautifully and still retains its original tan leather interior which is now charmingly patinated but very sound. Chassis No BC10EL comes complete with copy chassis cards and an extensive file covering the last decade plus of works carried out by Frank Dale & Stepsons. A charming example of this very rare and attractive design by H.J.Mulliner.