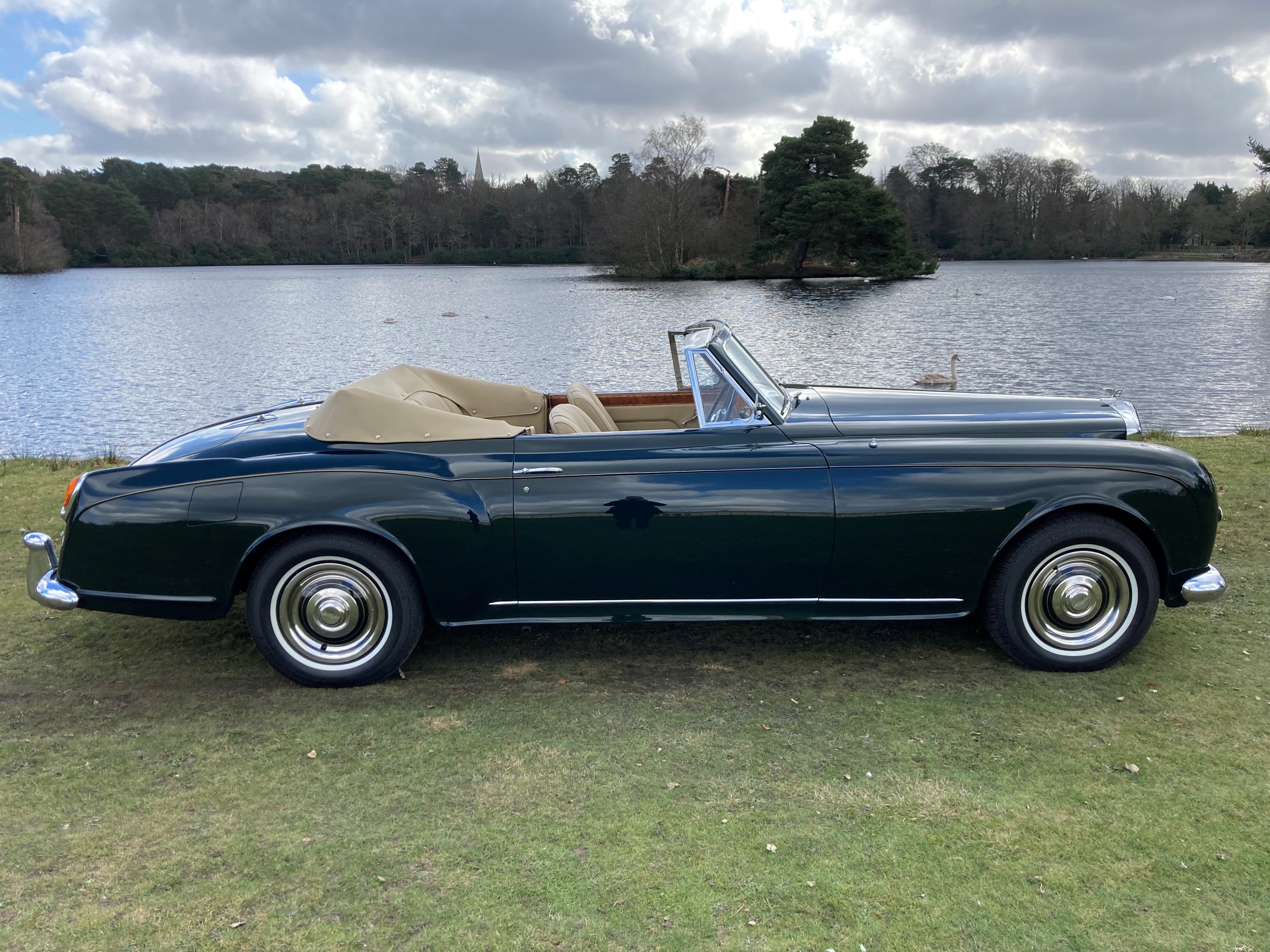 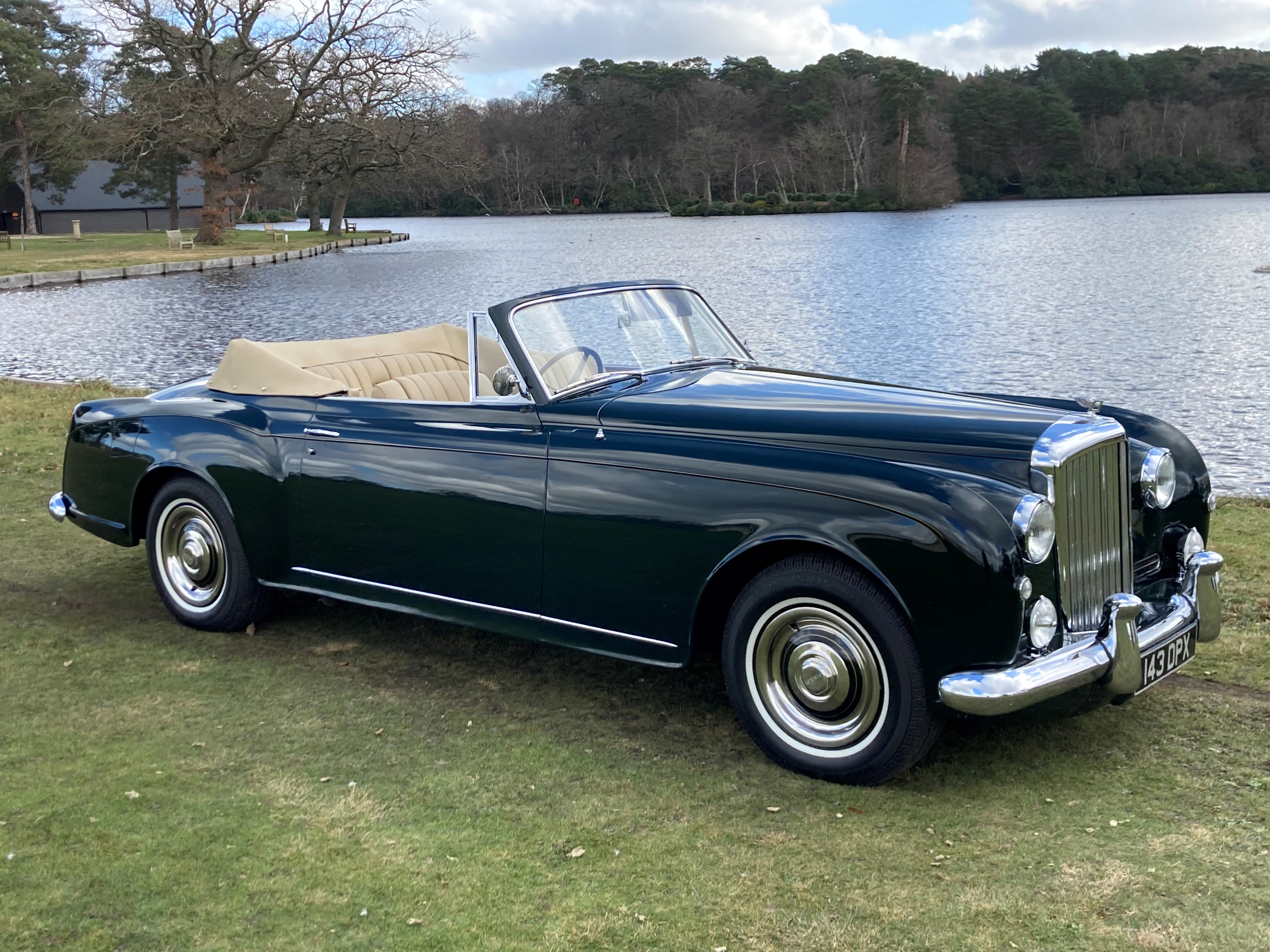 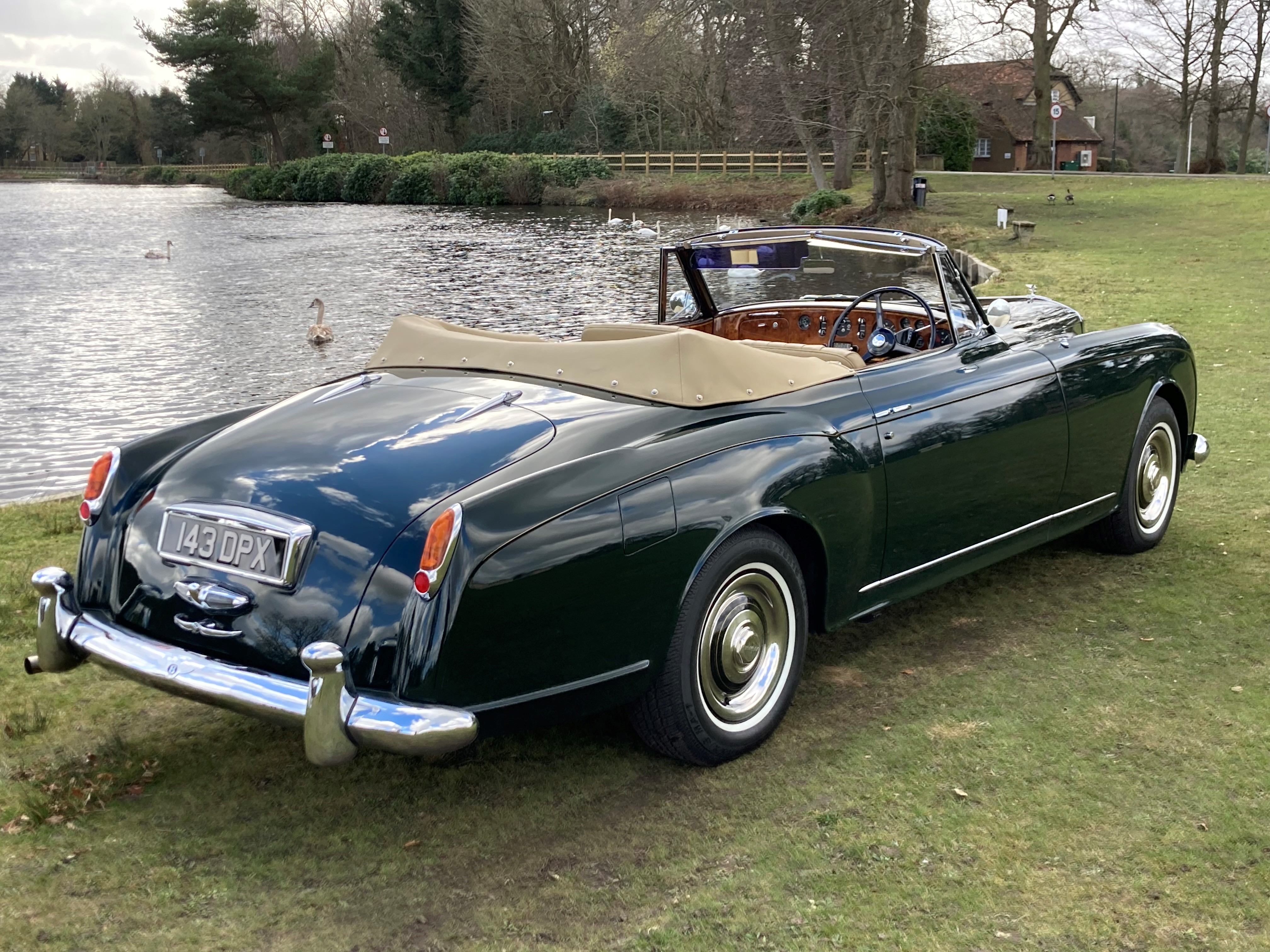 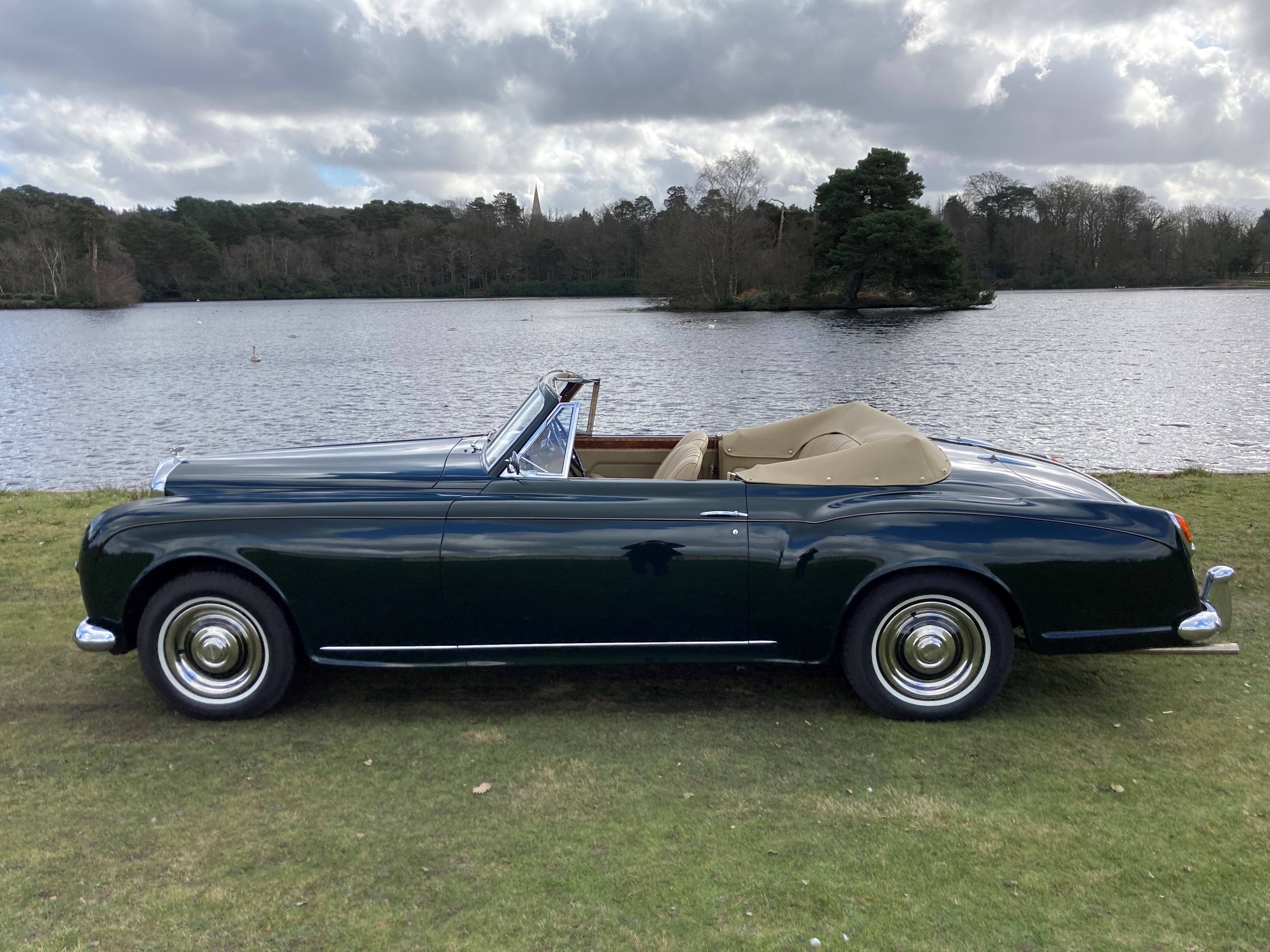 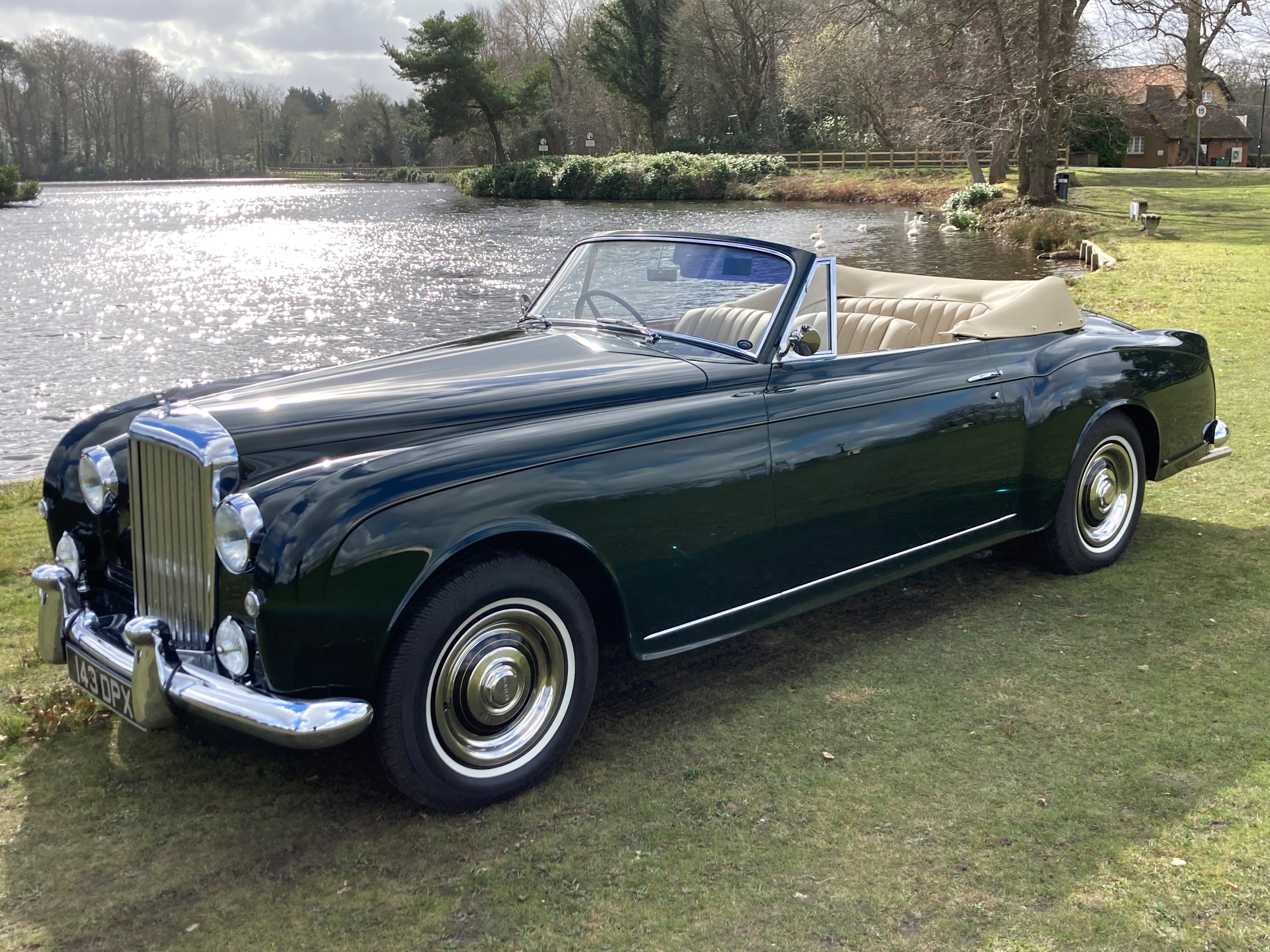 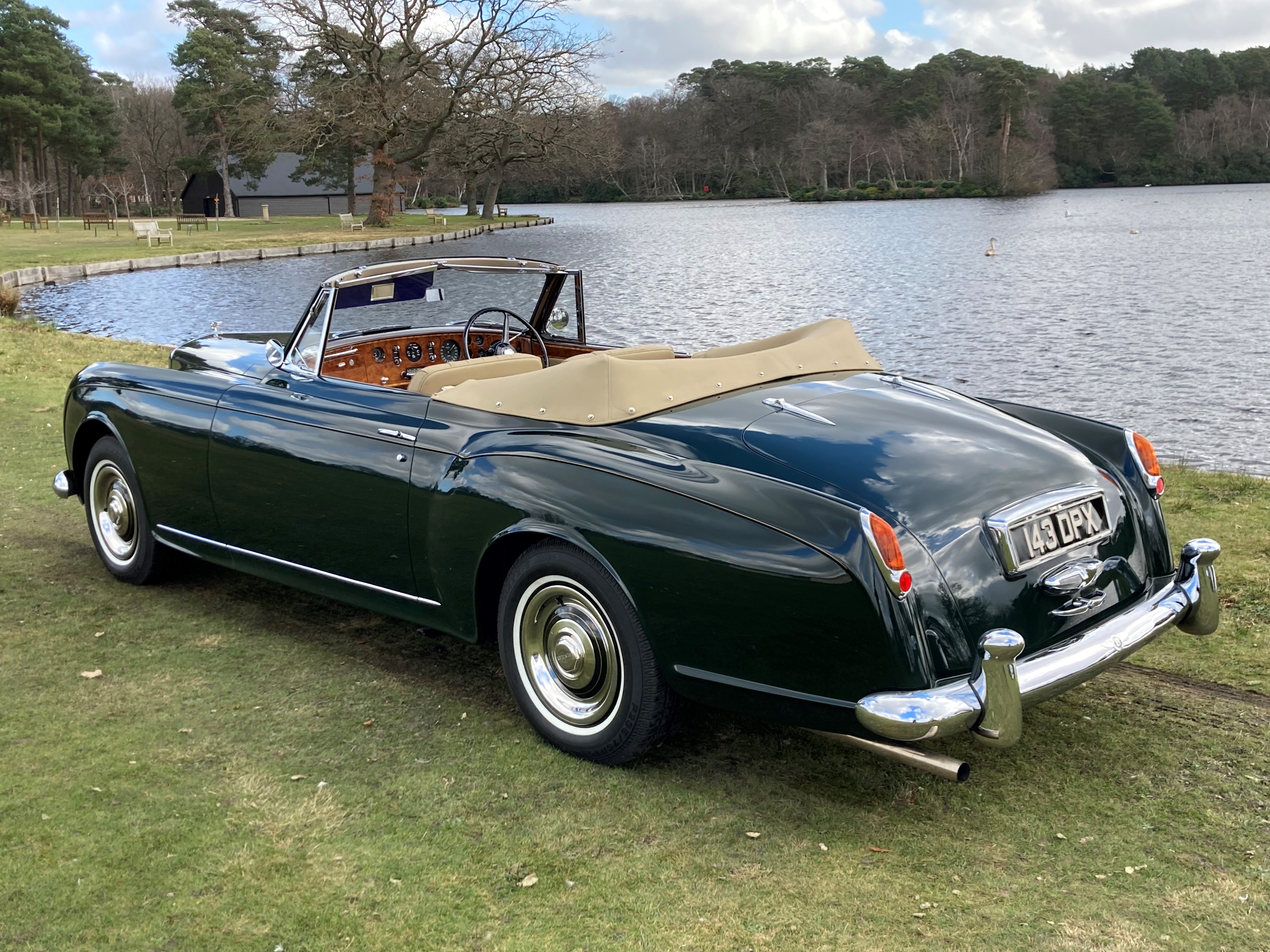 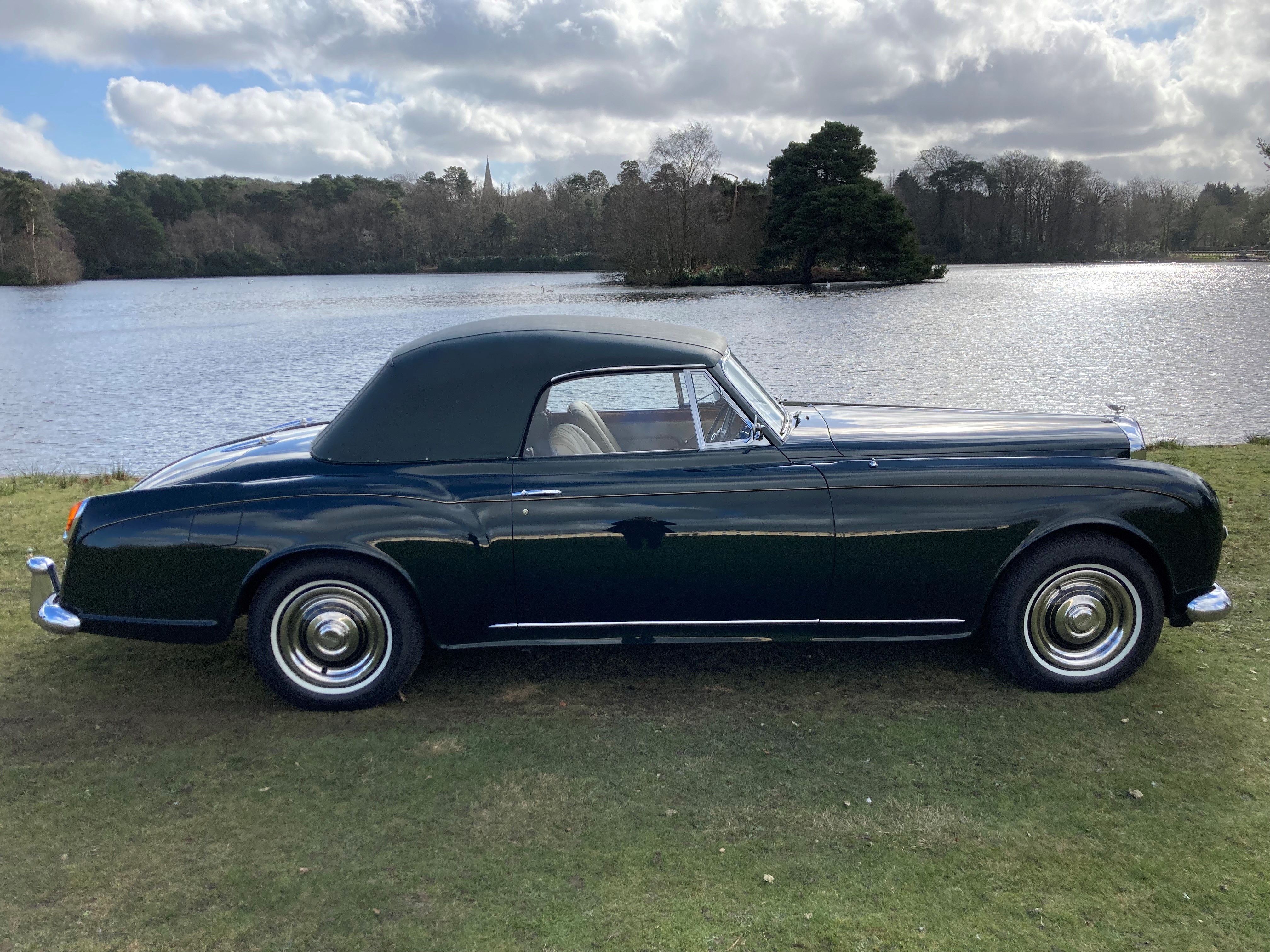 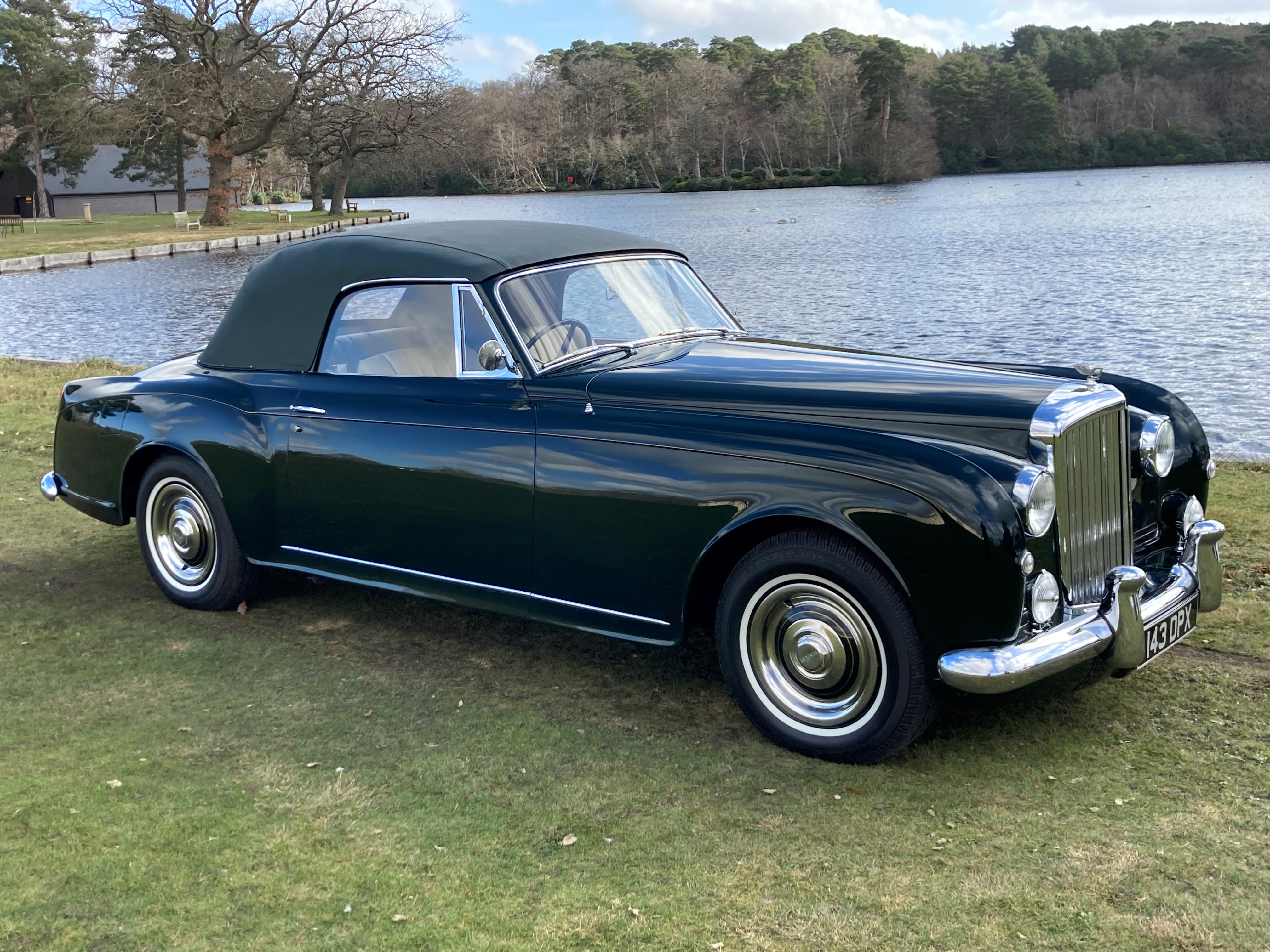 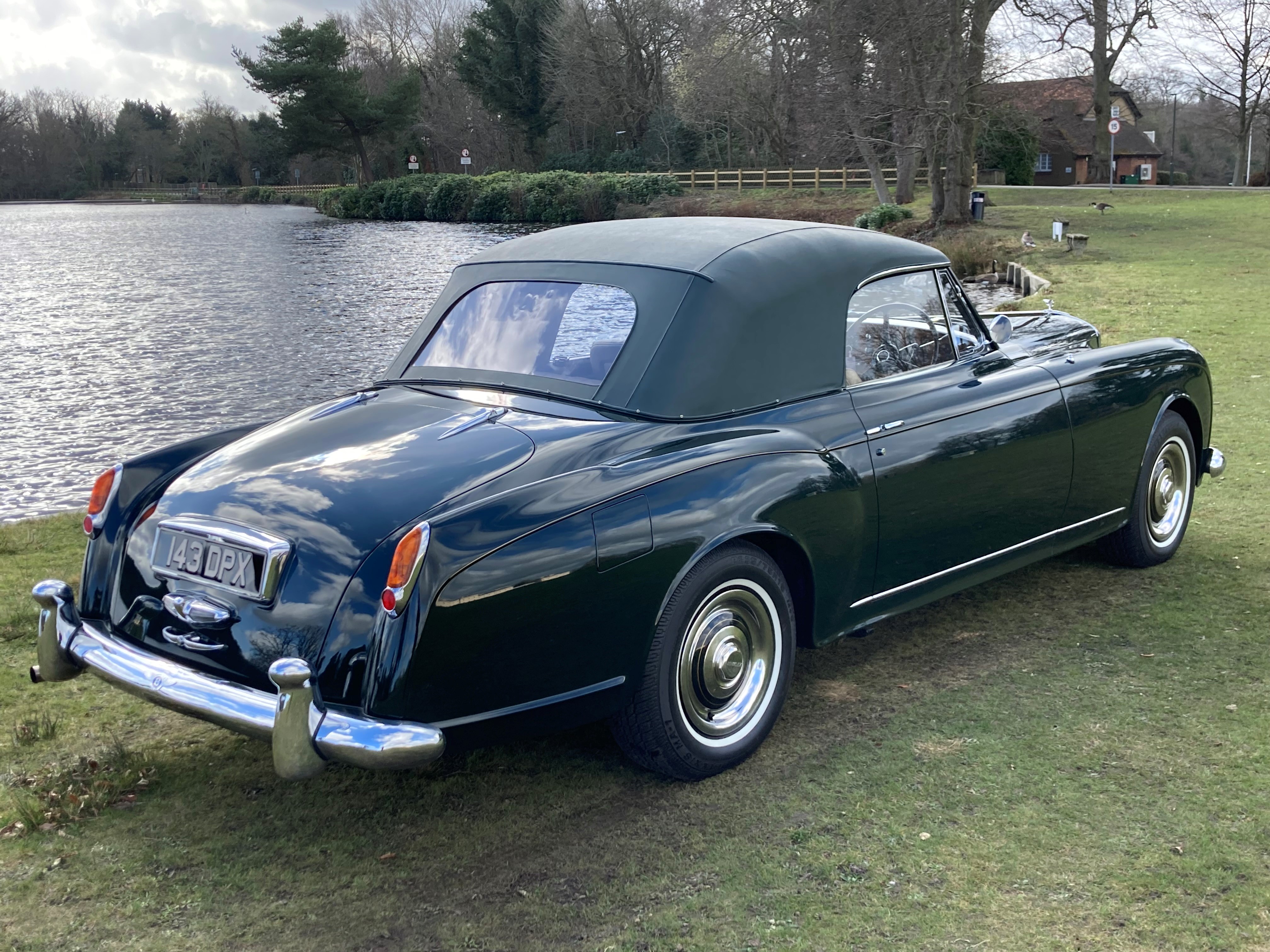 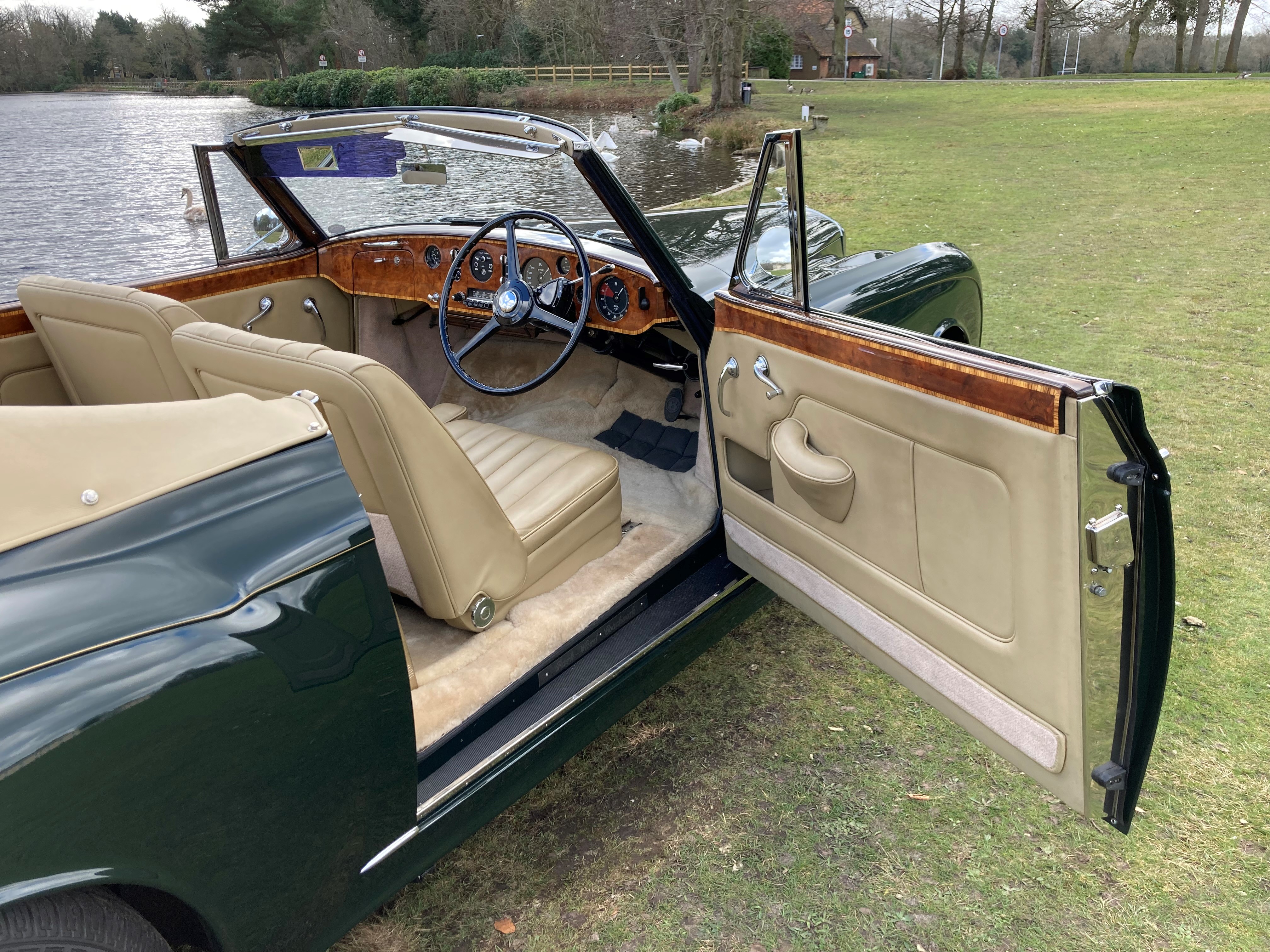 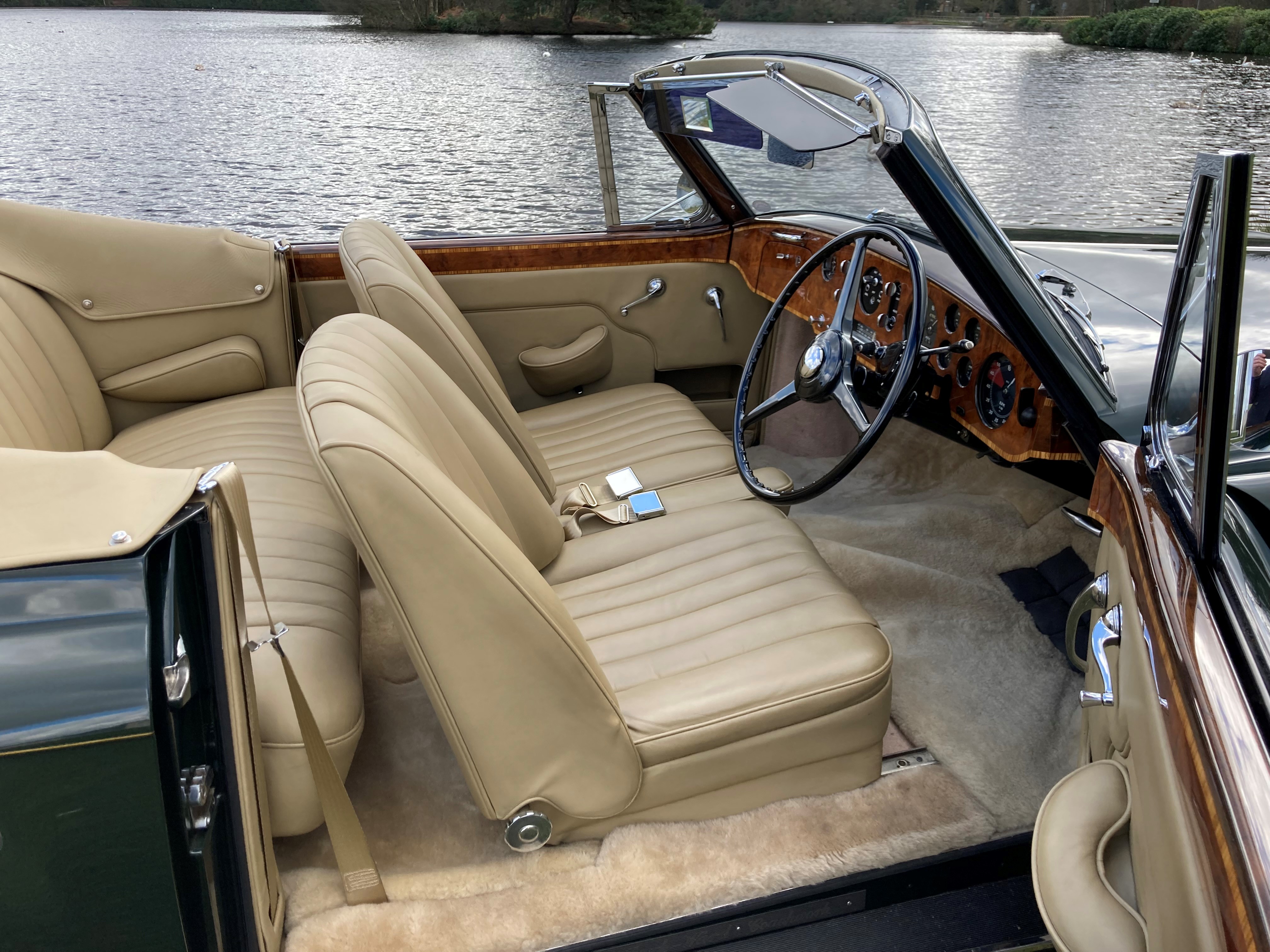 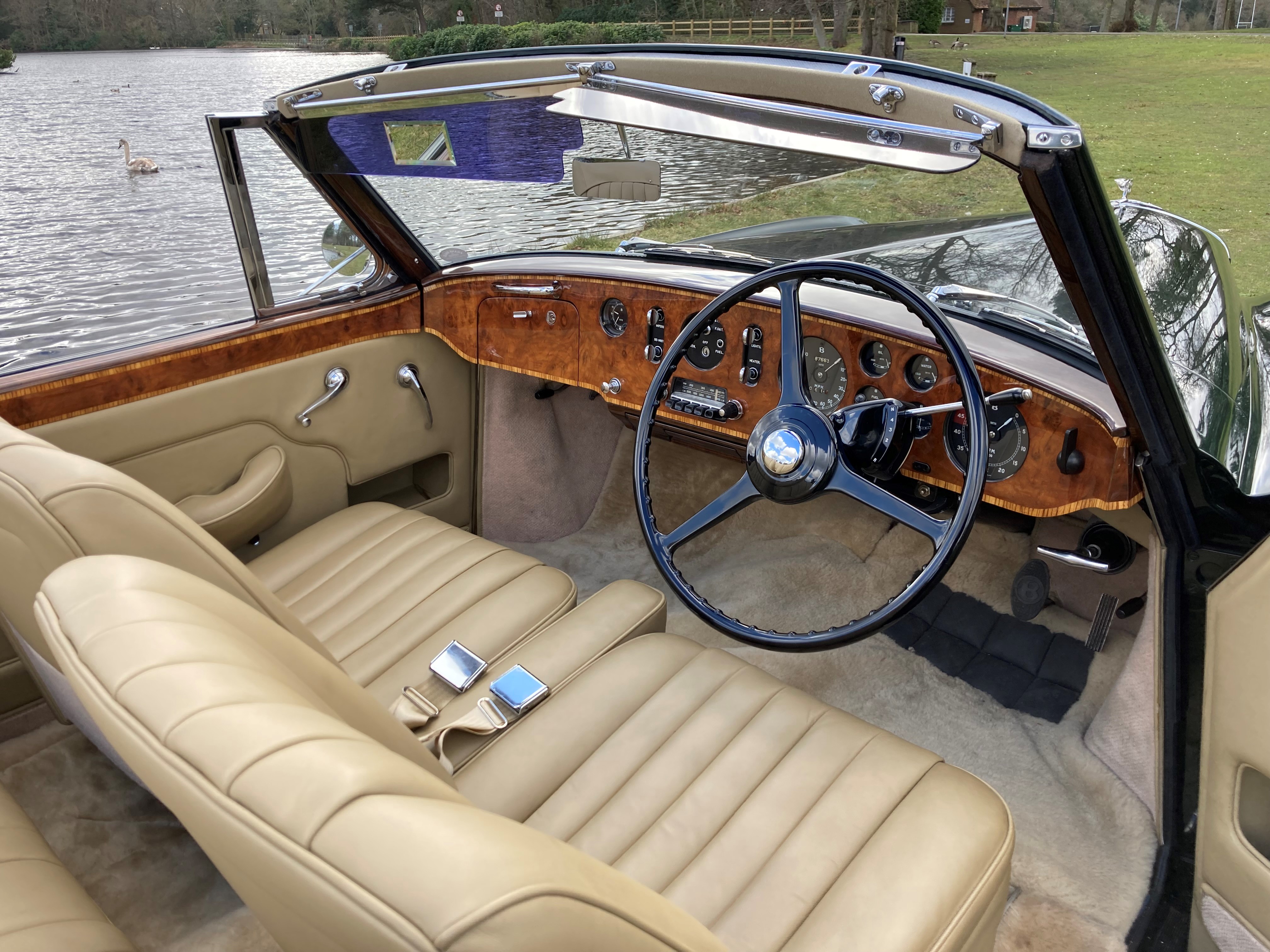 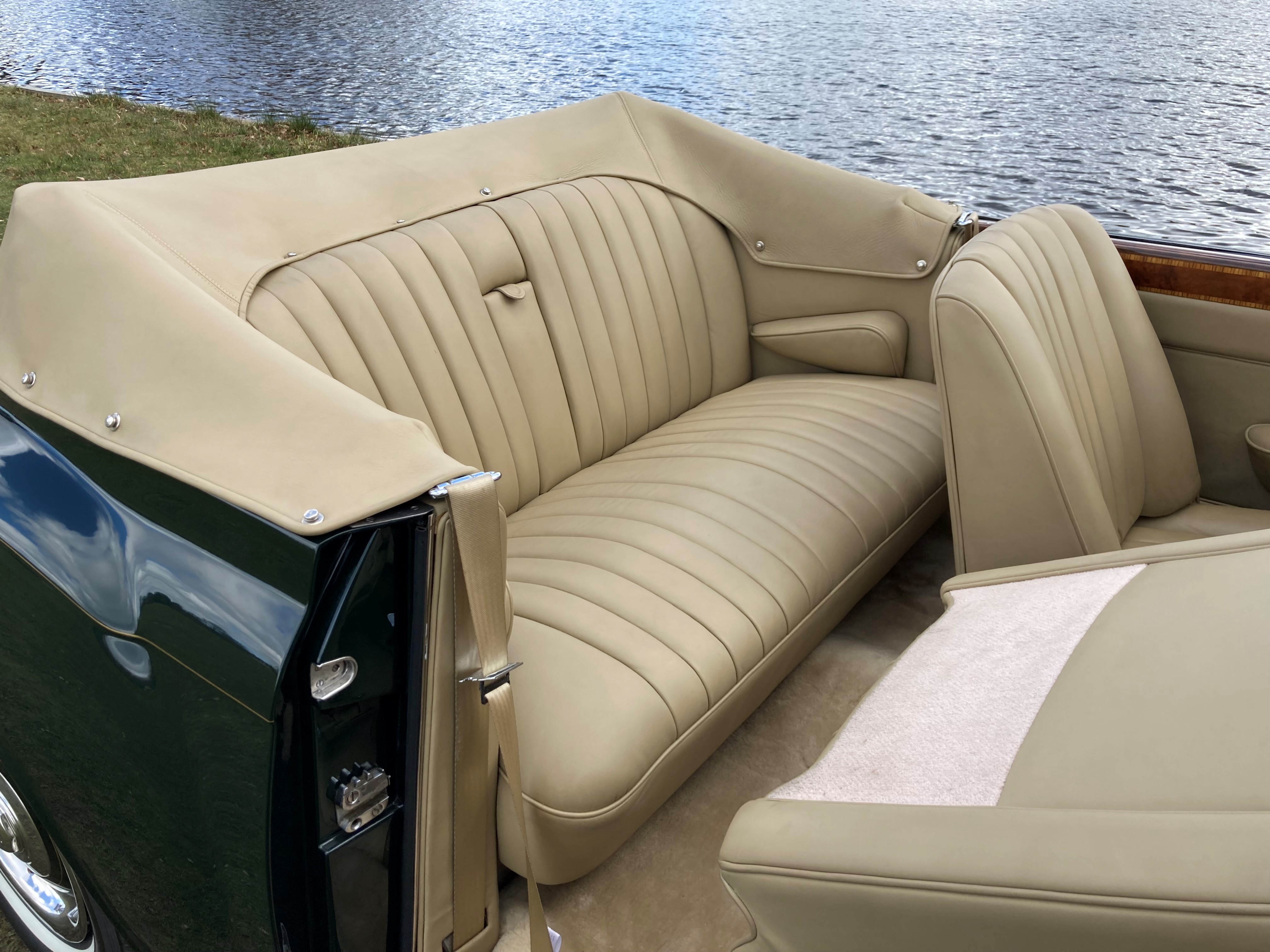 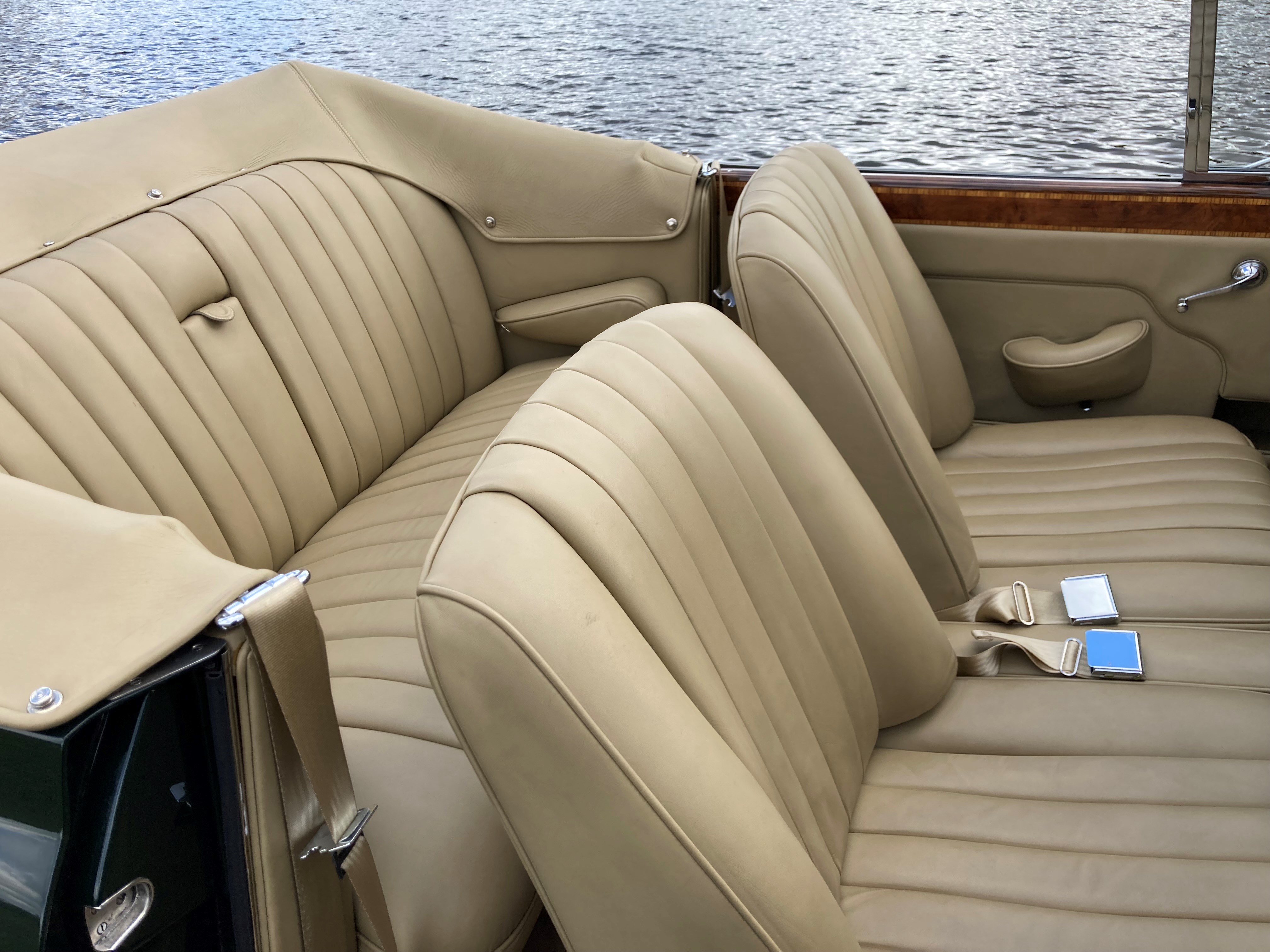 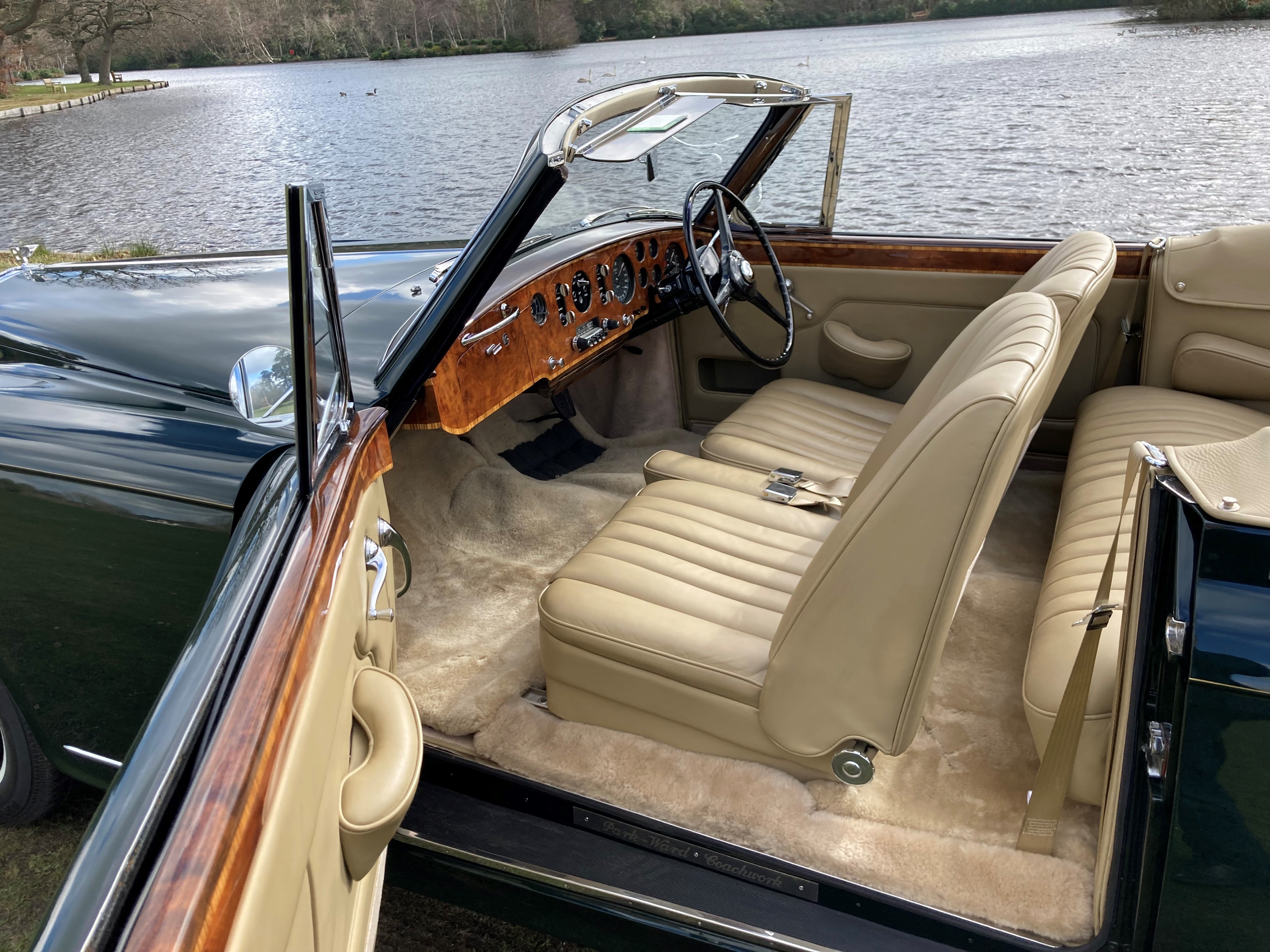 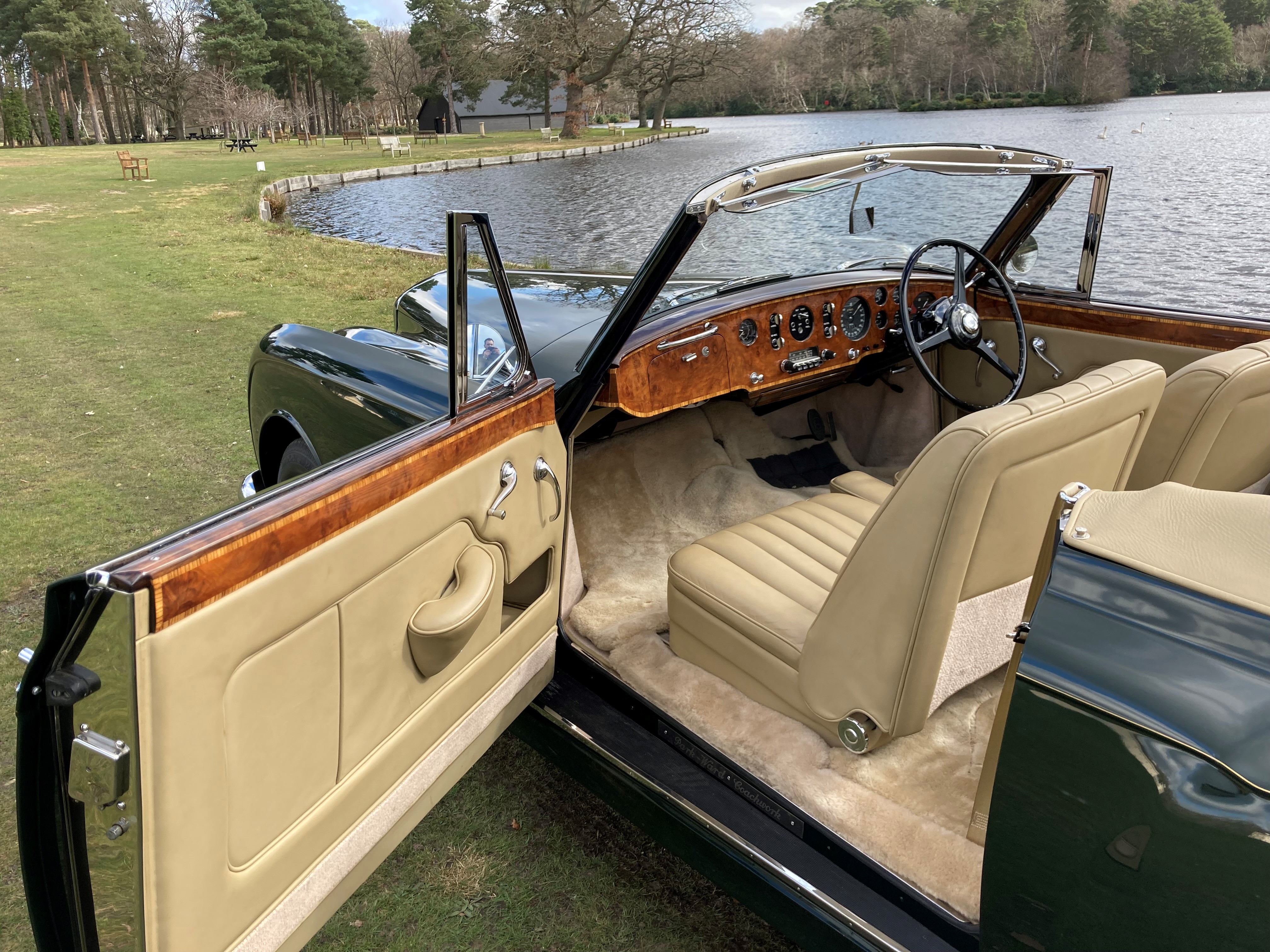 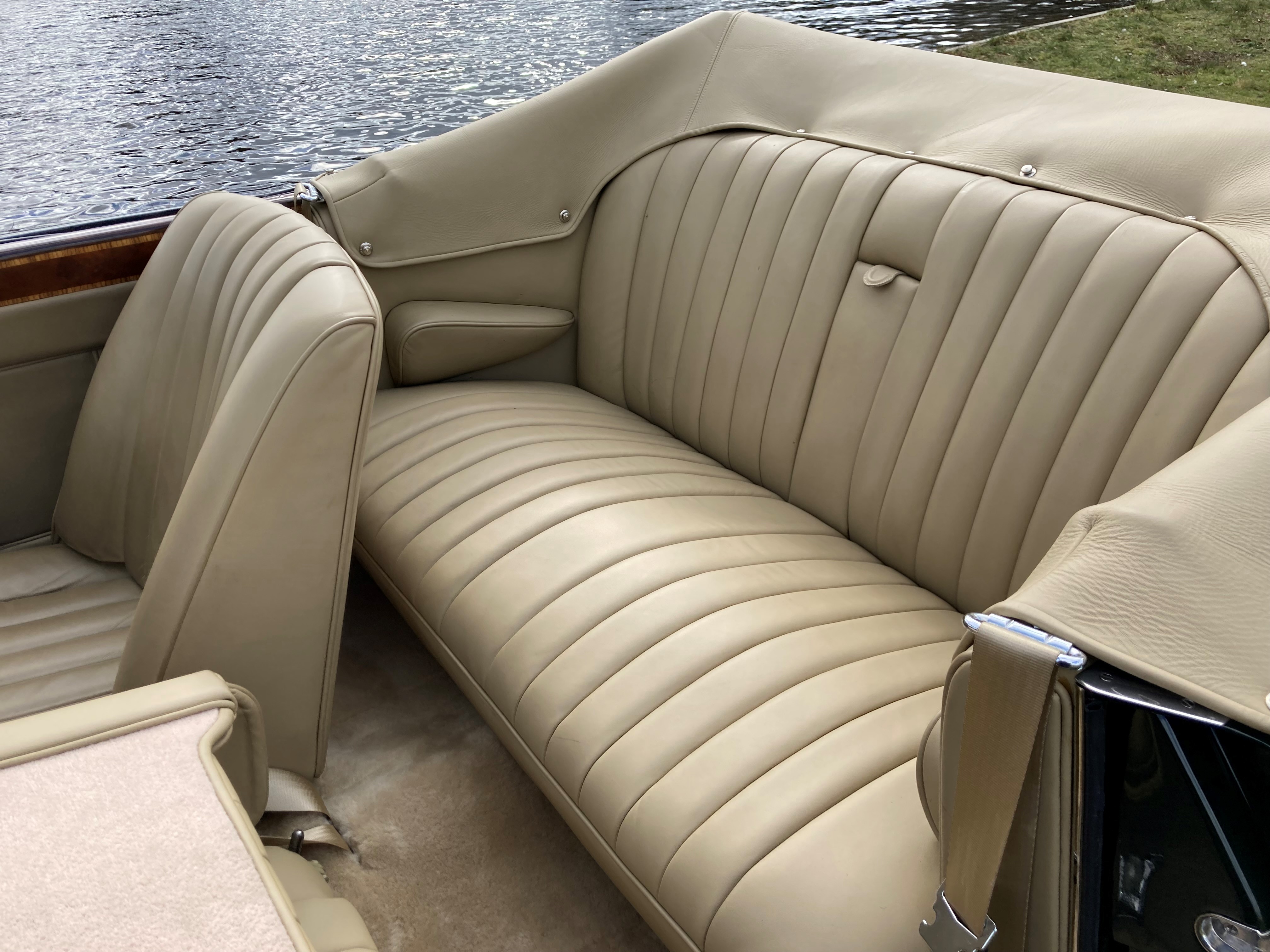 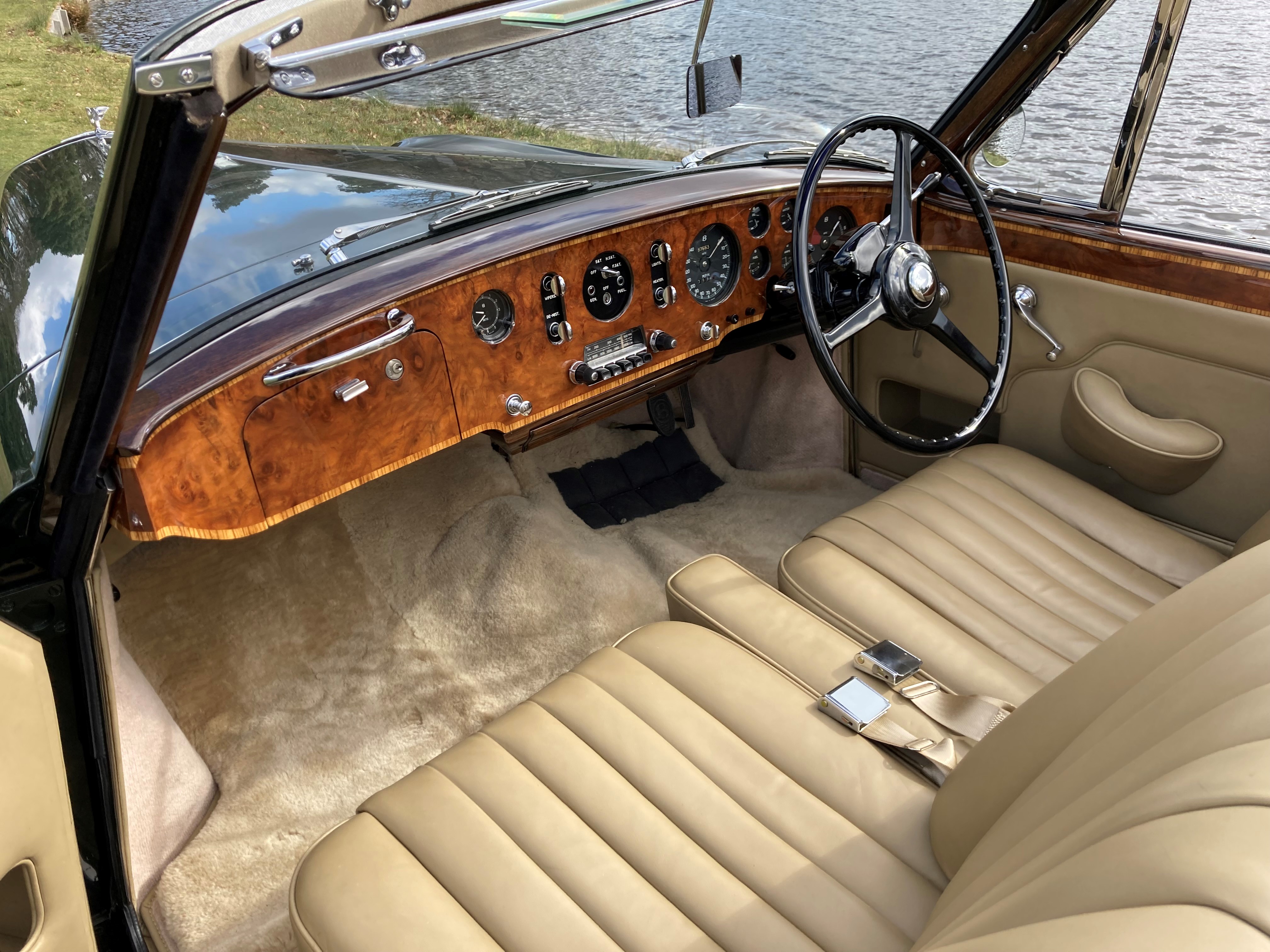 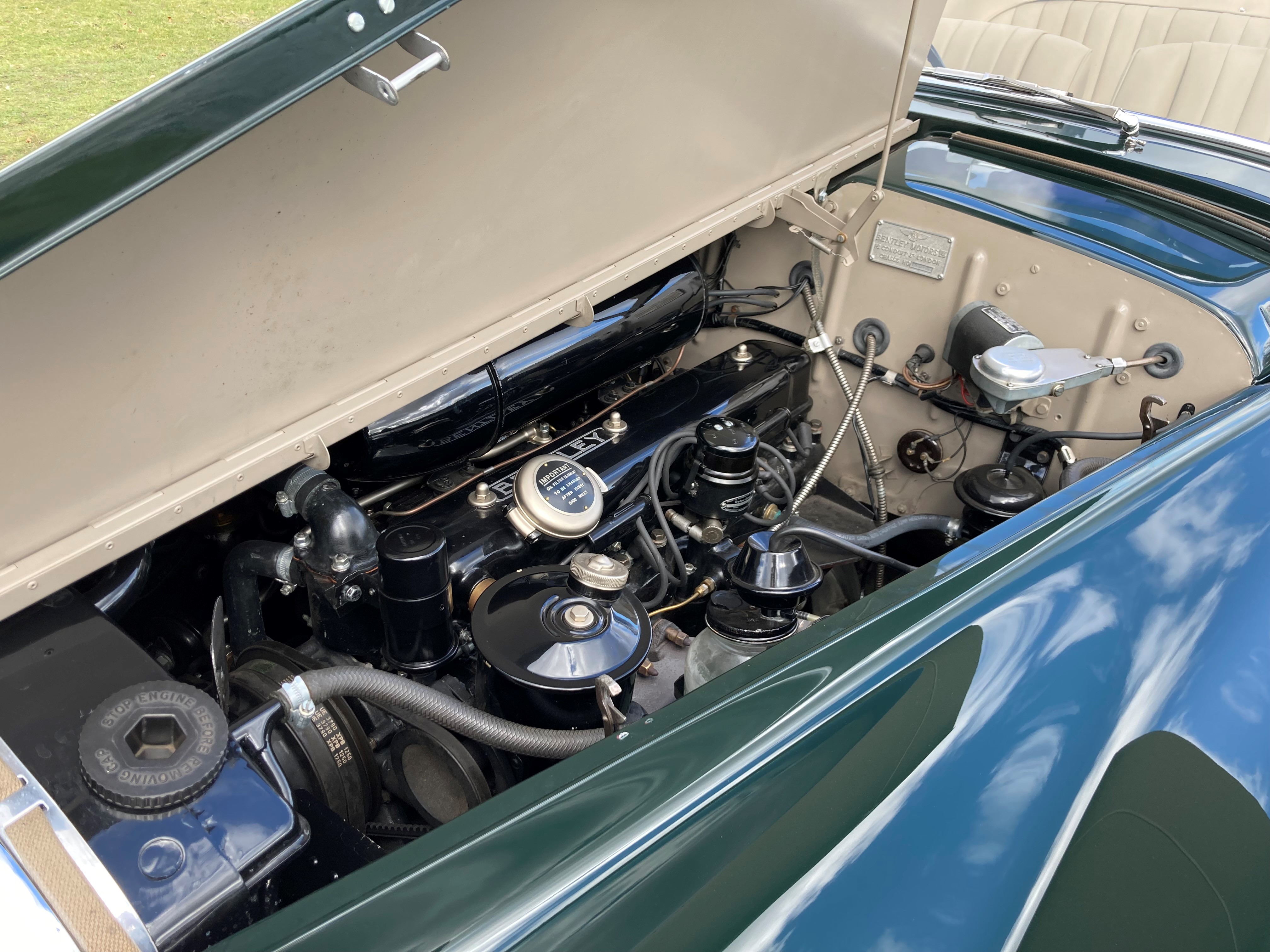 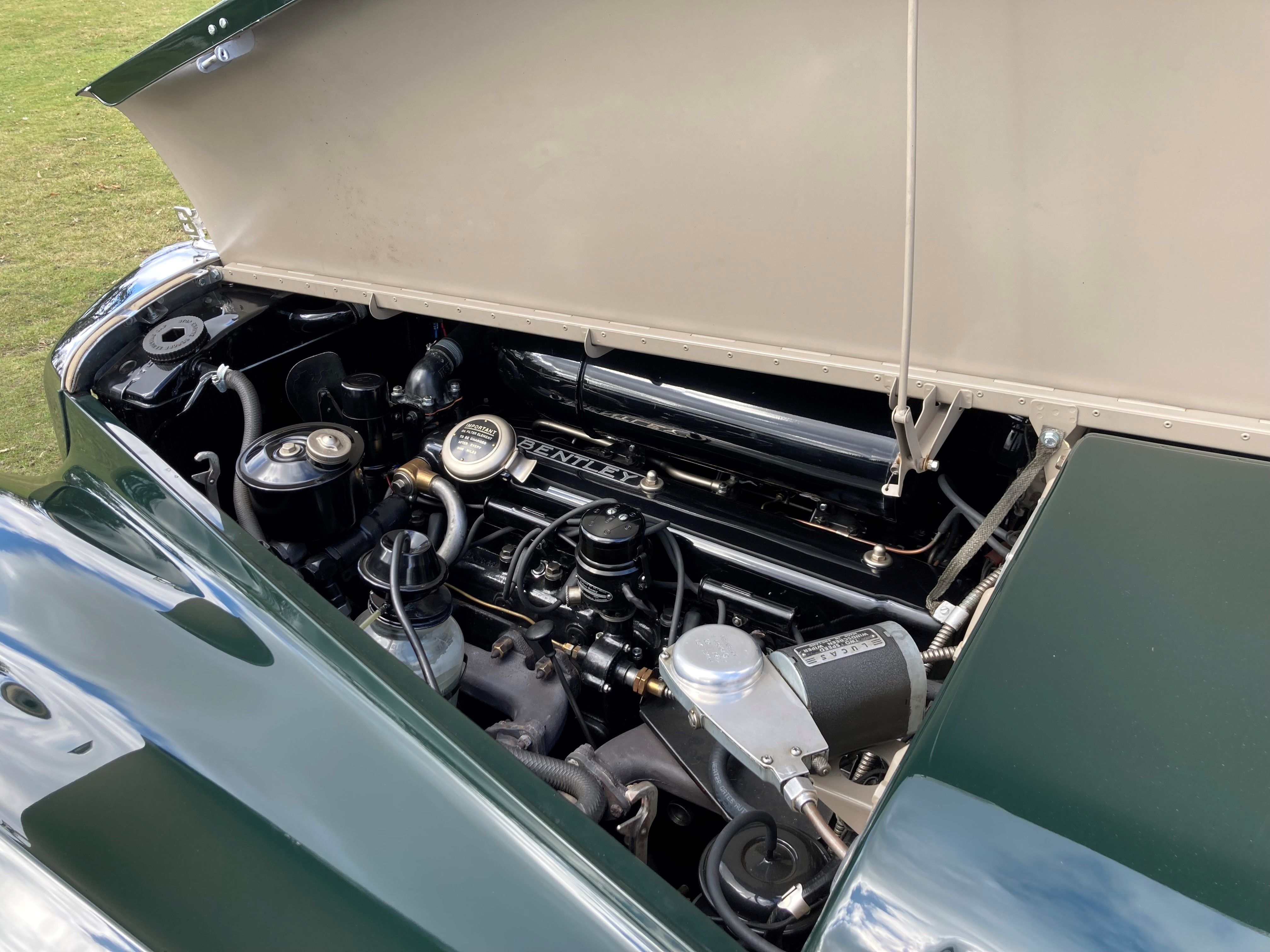 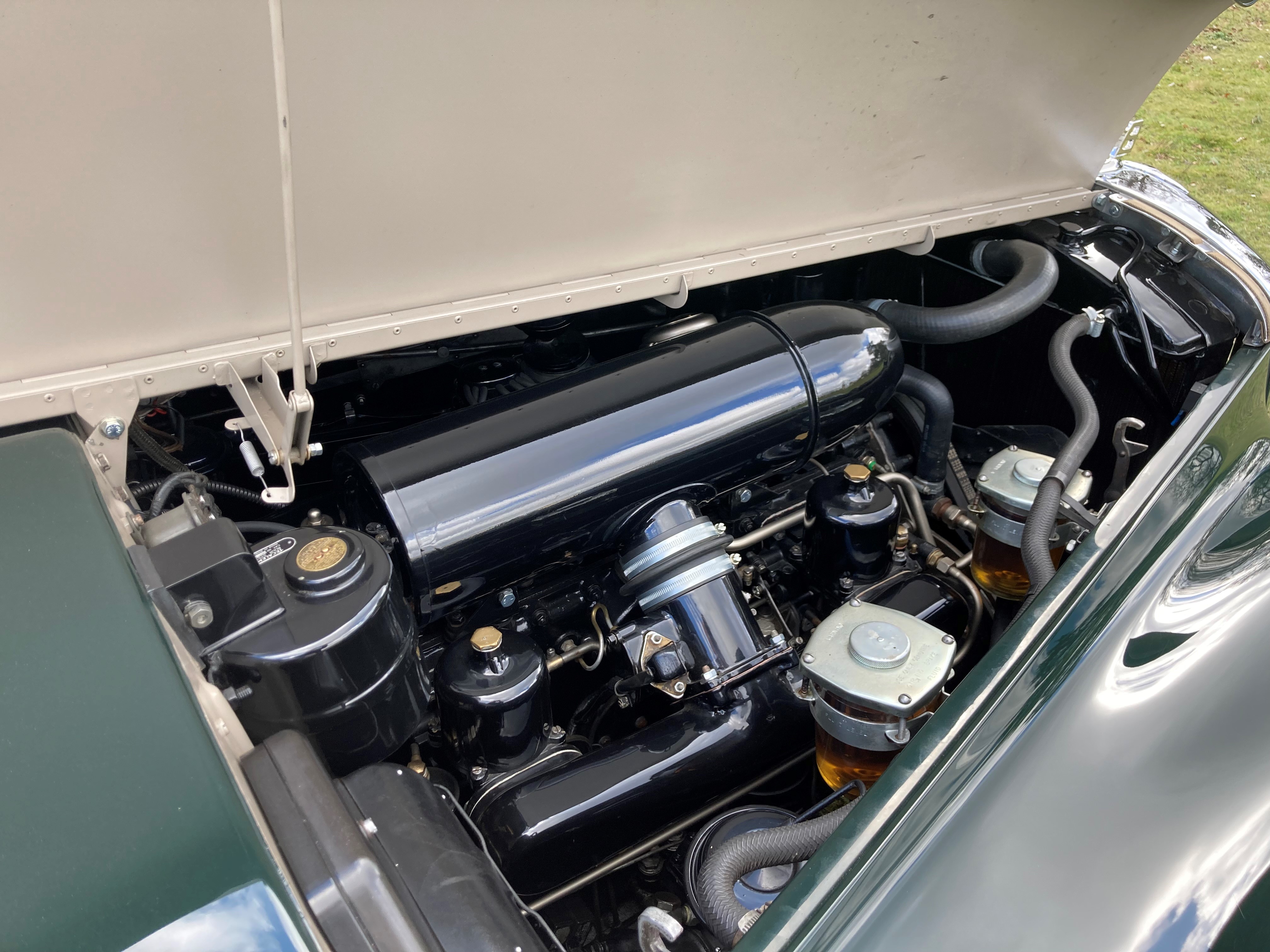 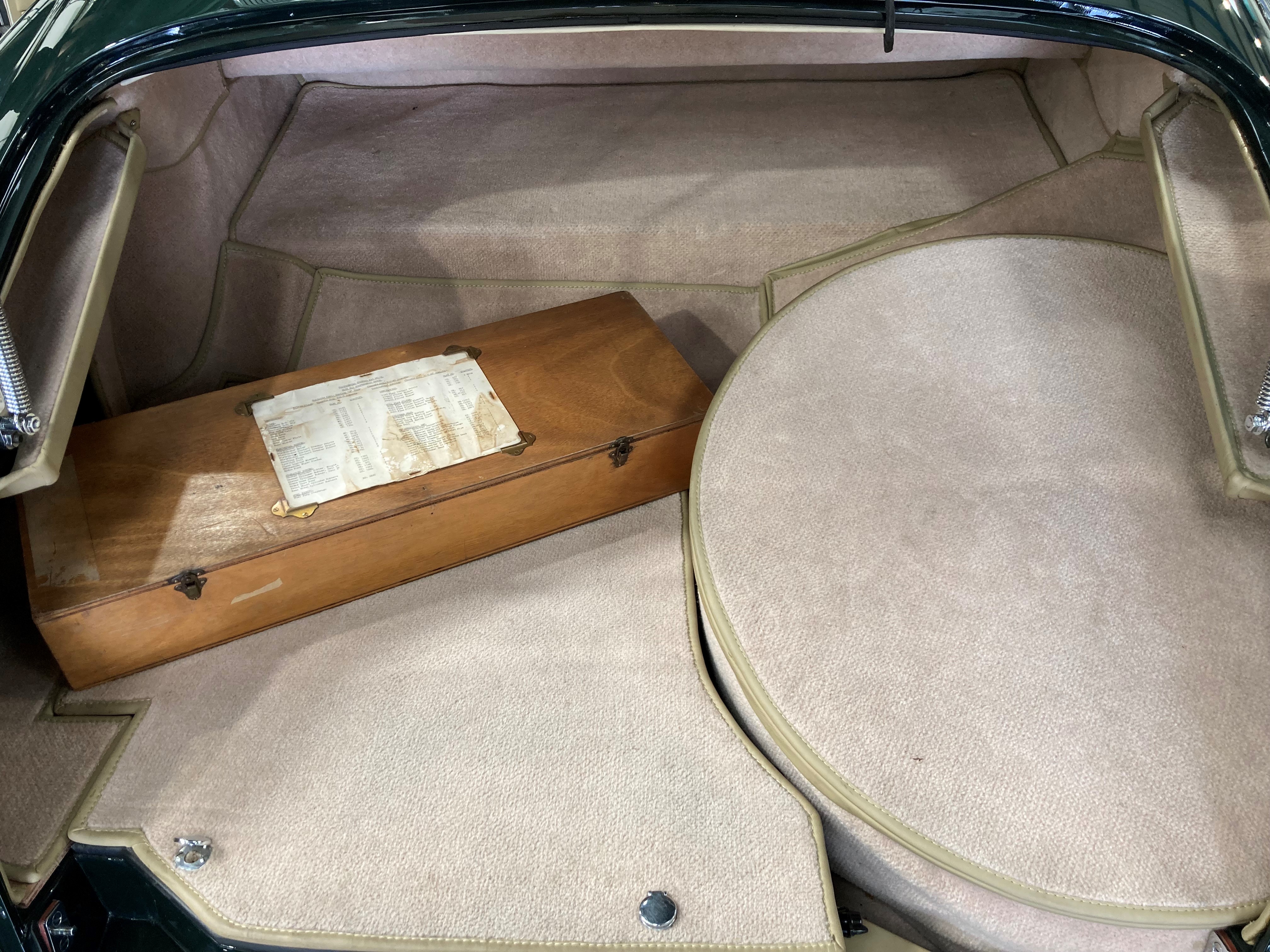 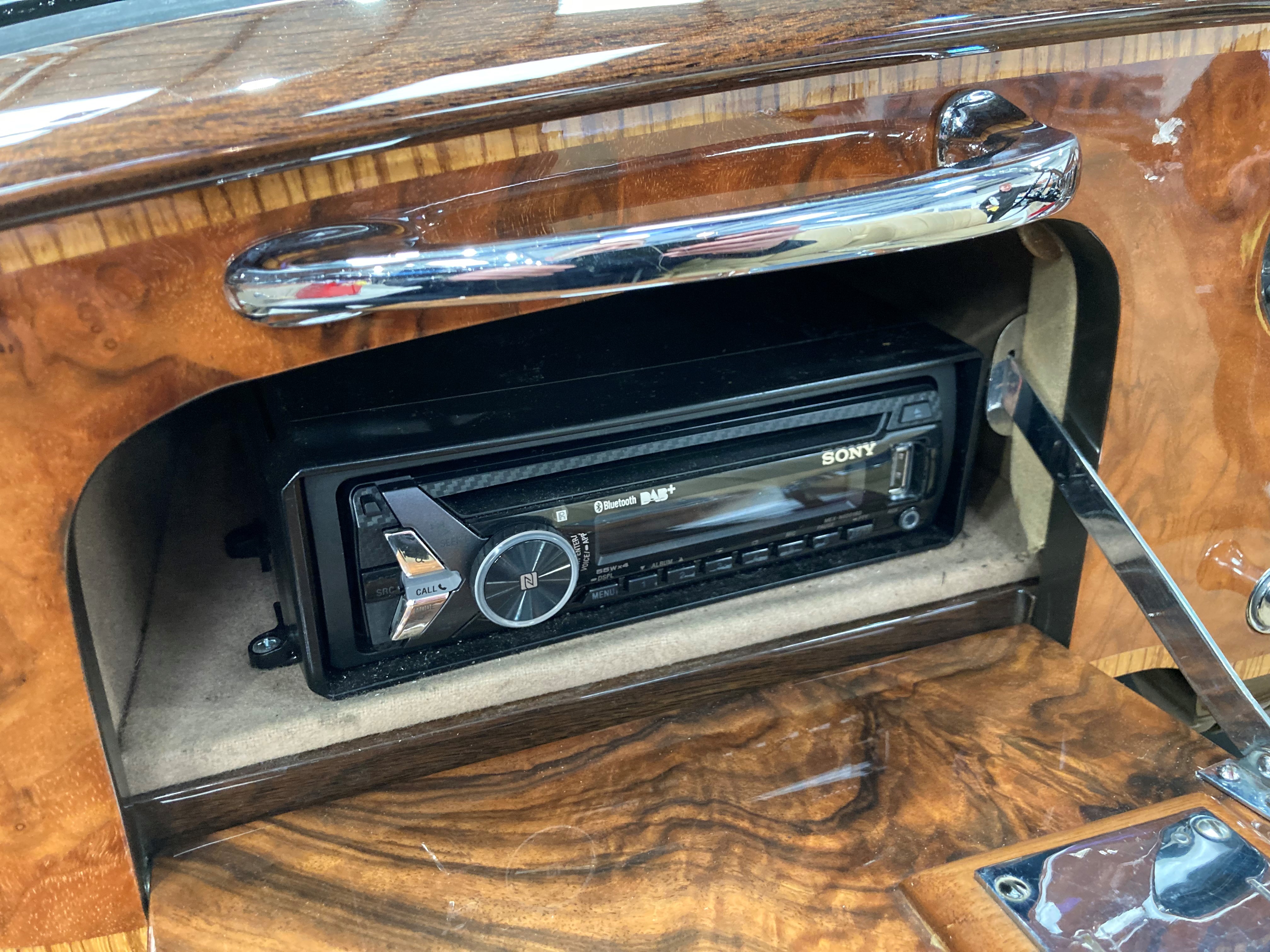 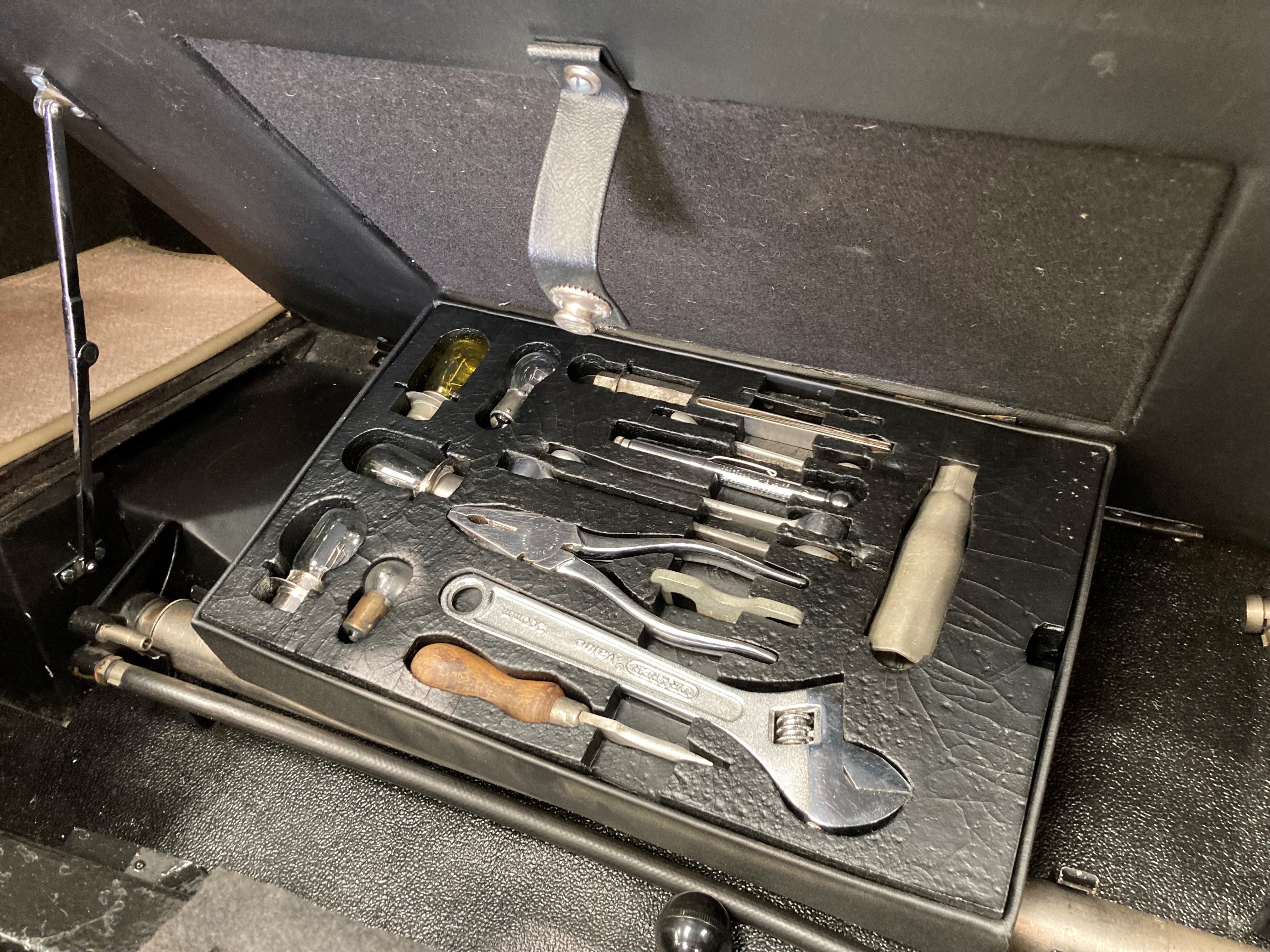 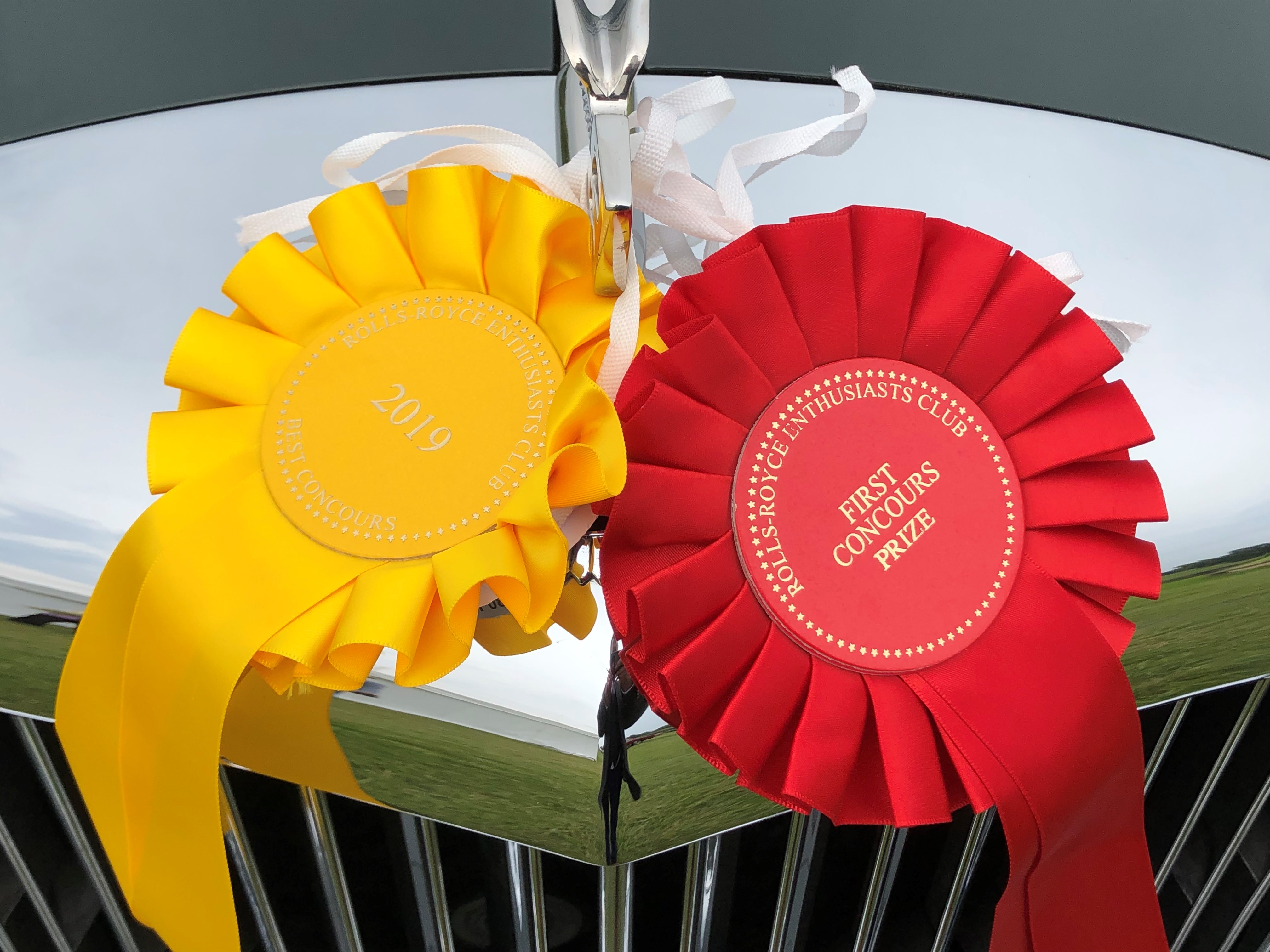 Chassis number BC93BG is one of just fifty-eight right hand drive all aluminium bodied drophead coupes by Park Ward for the S1 Continental chassis built to Design No 700. This design is widely regarded to be the most attractive post war Bentley with open coachwork and one that is highly coveted by collectors and enthusiasts alike. It was originally completed in February of 1957 to the order of Mr John G Gibson of Sterling Street in London SW1. It was finished in rouge with a beige leather interior and supplied by H.R. Owen Ltd to P.J. Swain of Hampton Court in Middlesex. In more recent times Chassis No BC93BG belonged to a long standing Bentley Drivers Club member in the north of England. He had the car restored during his twenty-year ownership and used it for touring on the Continent at regular intervals.

Frank Dale & Stepsons acquired the car for the first time in mid-2015 and supplied it later that year to a long-standing customer. He instructed us to carry out an extensive restoration to meet his high standards which included but was not limited to full coachwork restoration, including new sills and other fabrication works to bring the coachwork back to as new standard. A full re-trim in beige leather with matching carpets was carried out, including re-trimming the boot. A new hood and beige headlining were also re-trimmed on the restored hood frame. In the cabin the woodwork was in excellent condition bar a few small imperfections that were rectified. The steering column, steering wheel and all switches and switch plates were restored. Mechanically speaking, the engine was overhauled as were the brakes, suspension and all other aspects were checked and overhauled as necessary. The chrome was all re-plated and the badges were re-enameled. To complete the process, the chassis and engine bay cosmetics were all done to show standard, and a new set of tyres were fitted.

In 2019 Frank Dale & Stepsons showed the car on behalf of the owner, at the Rolls-Royce Enthusiasts Club National Rally and Concours at Burghley House in Lincolnshire, where it was entered to be judged in the concours. It won Best in Class and later that afternoon went on to be awarded Best in Show honours, something we were very proud to achieve.

Since then, the car has been toured in Europe and was recently thoroughly checked and reviewed prior to being offered for sale at this time. Chassis No BC93BG comes with a detailed history file covering the present and past works, copy chassis cards, handbook, Continental touring kit, hidden modern stereo system, period looking seat belts and complete tools. Being a late BG series car it also has the best mechanical specification, power hood and the arguably more sought after rear fins and lights making it a very attractive proposition. Bentley S1 Continental drophead coupes by Park Ward do not come to market on a regular basis. This particular example is the best example we have ever had the privilege to offer for sale.

Excellent in every respect. National RREC Concours Best of Show winner in 2019