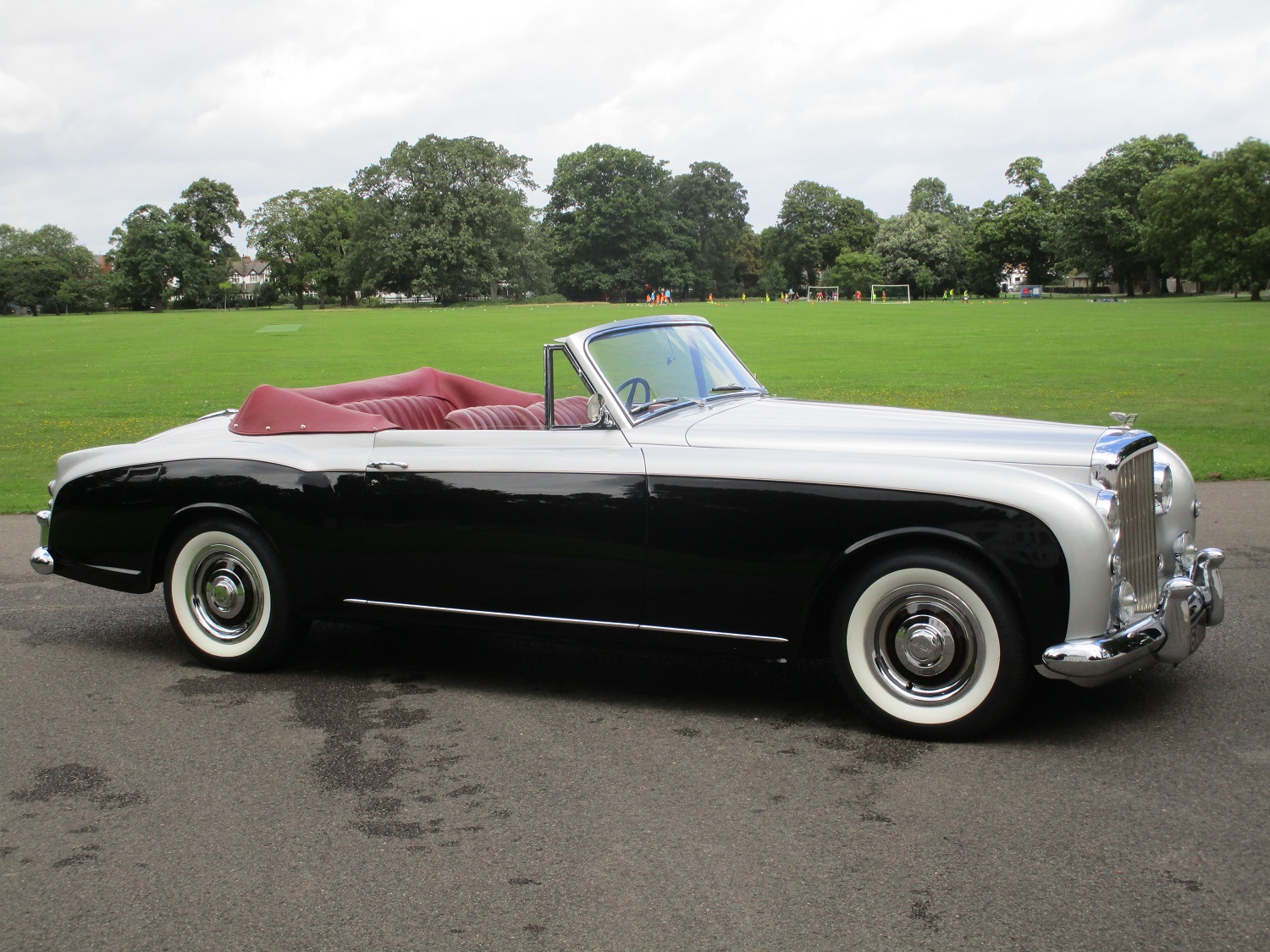 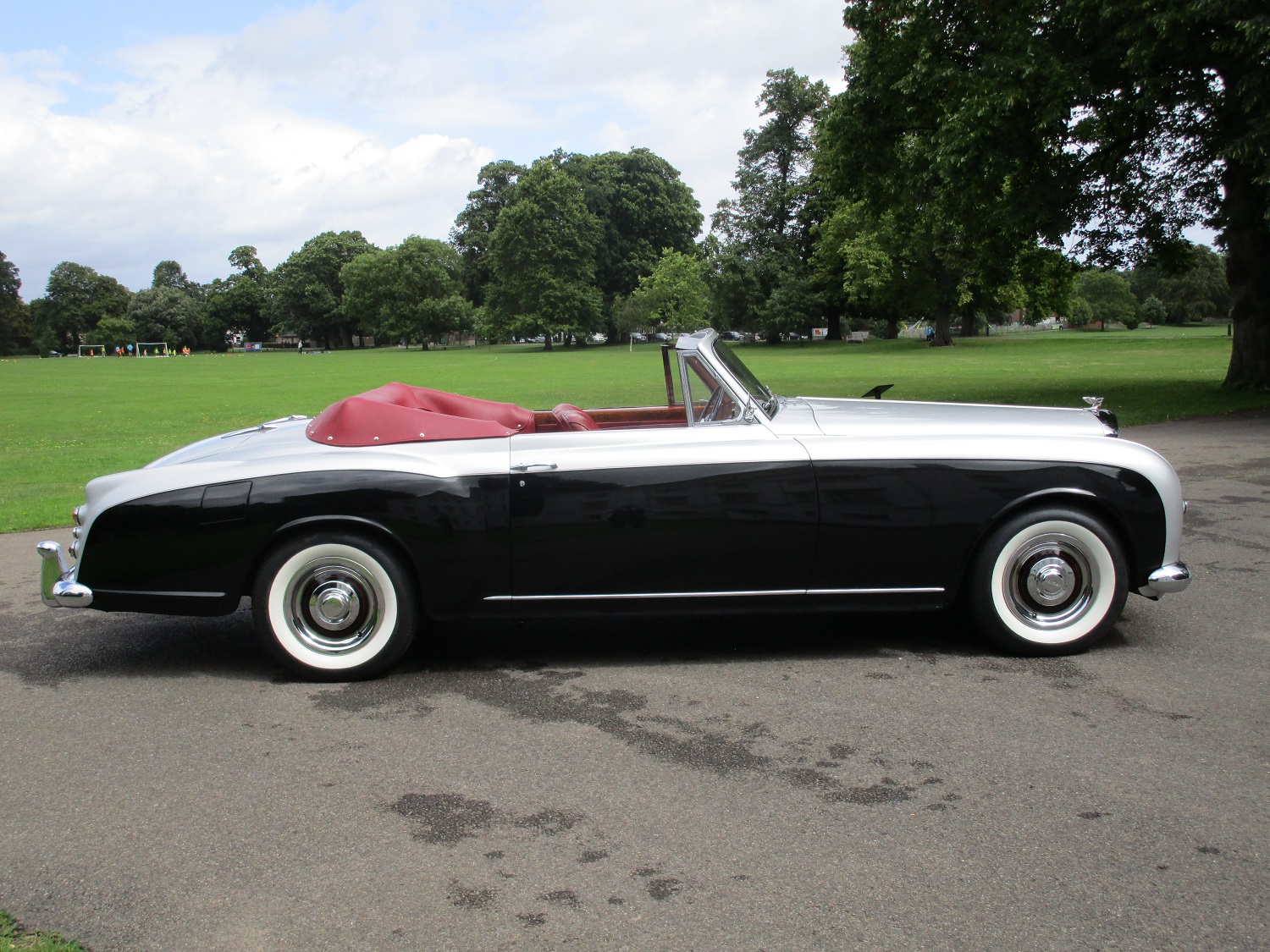 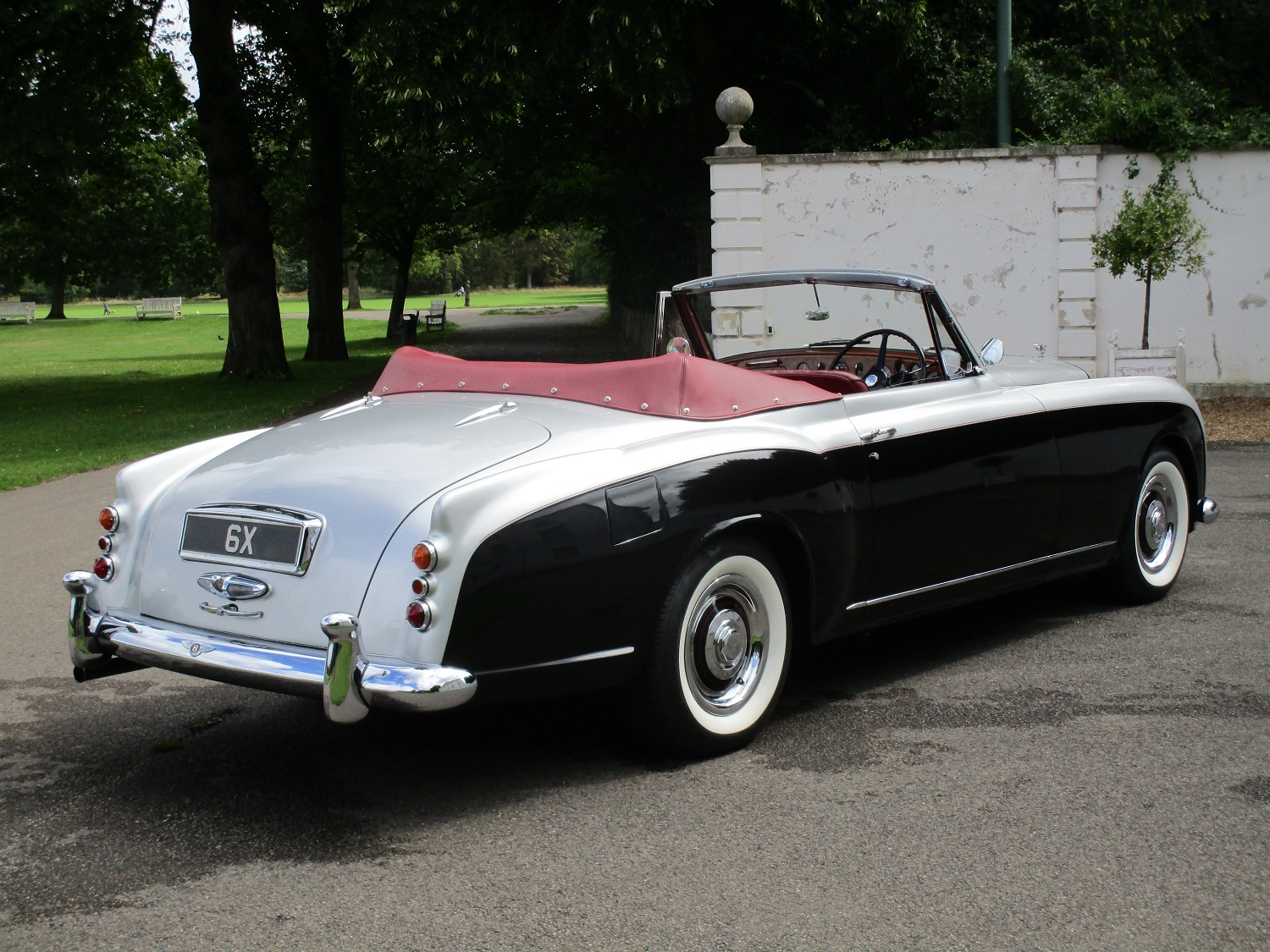 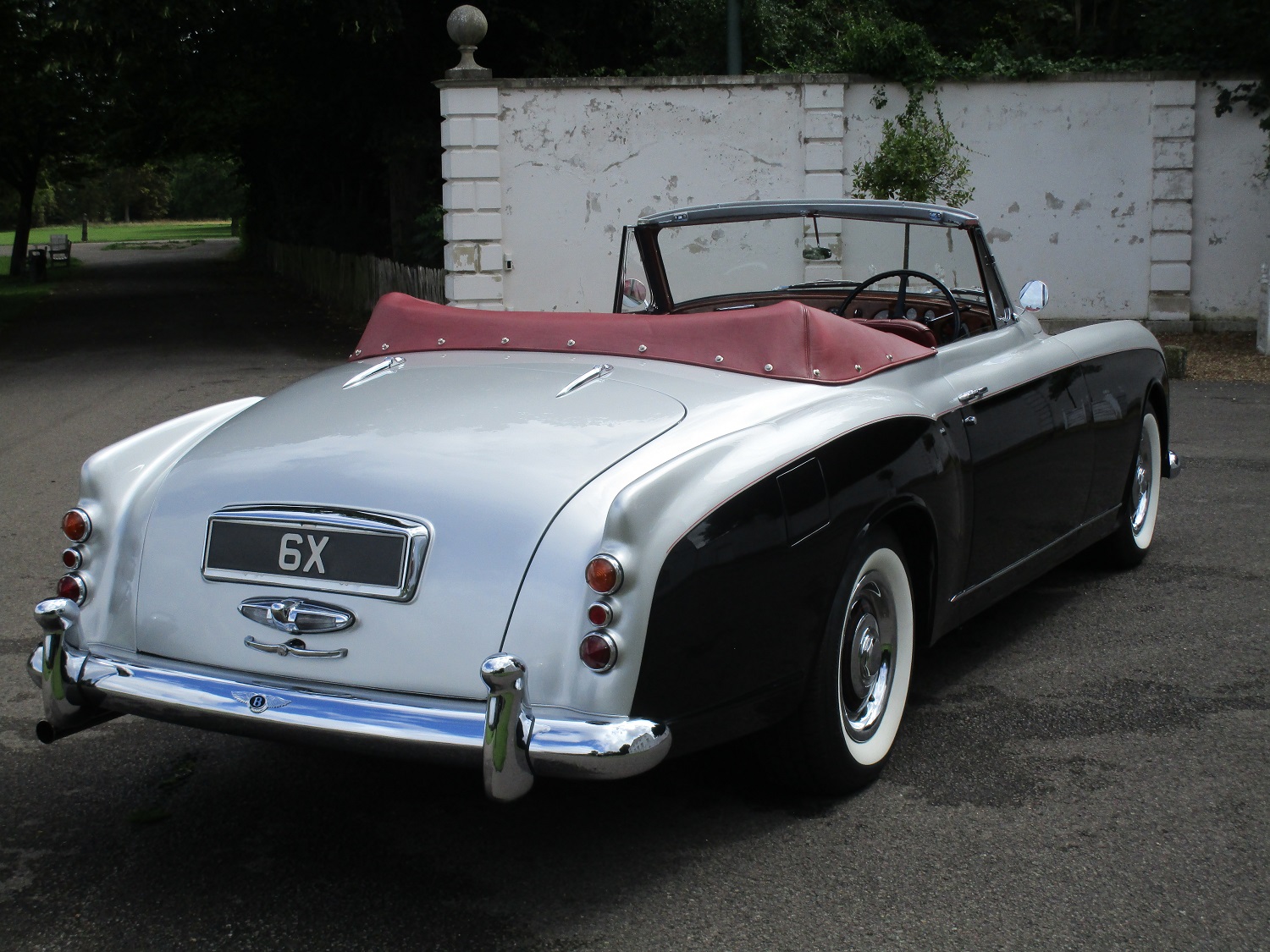 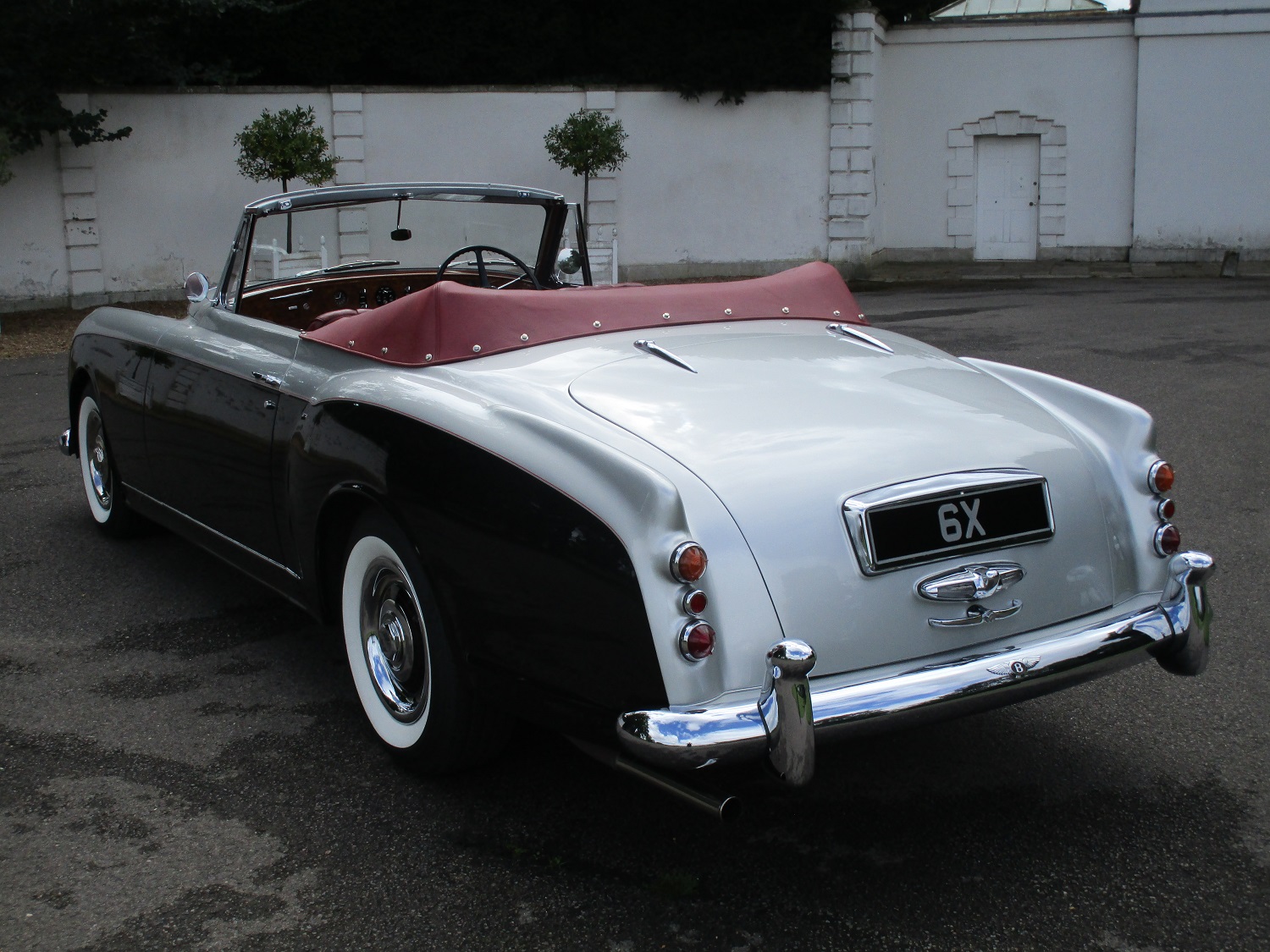 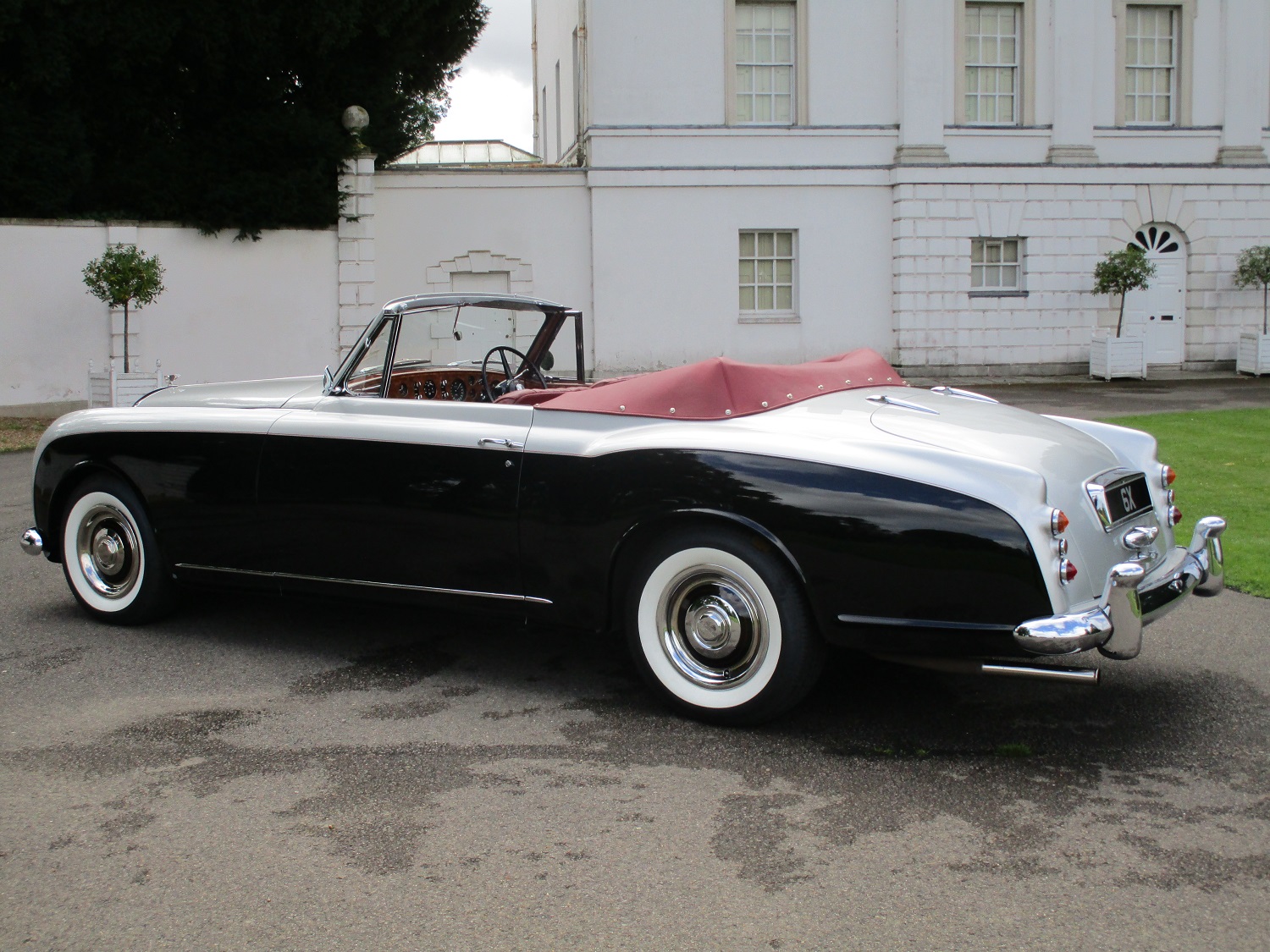 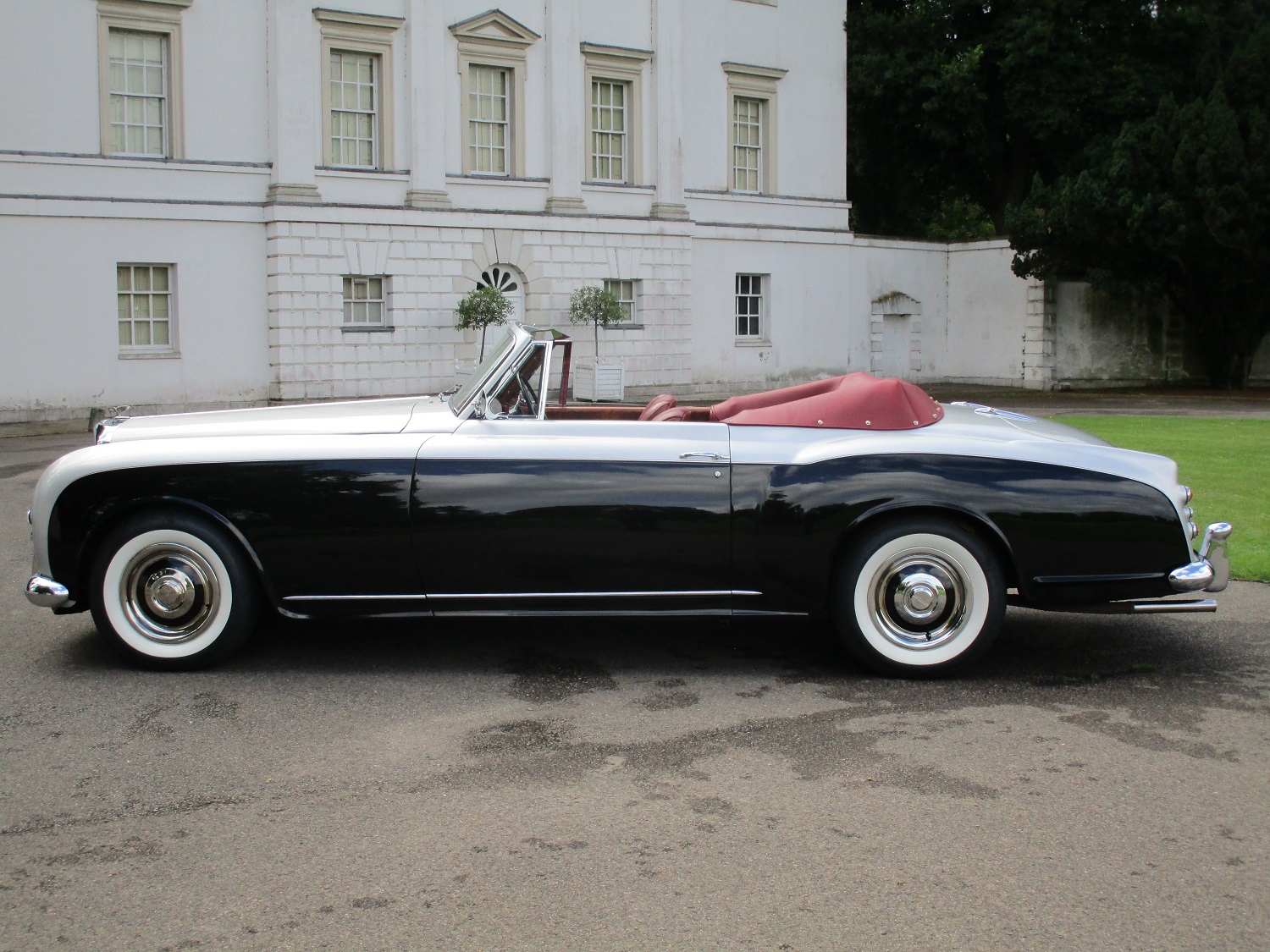 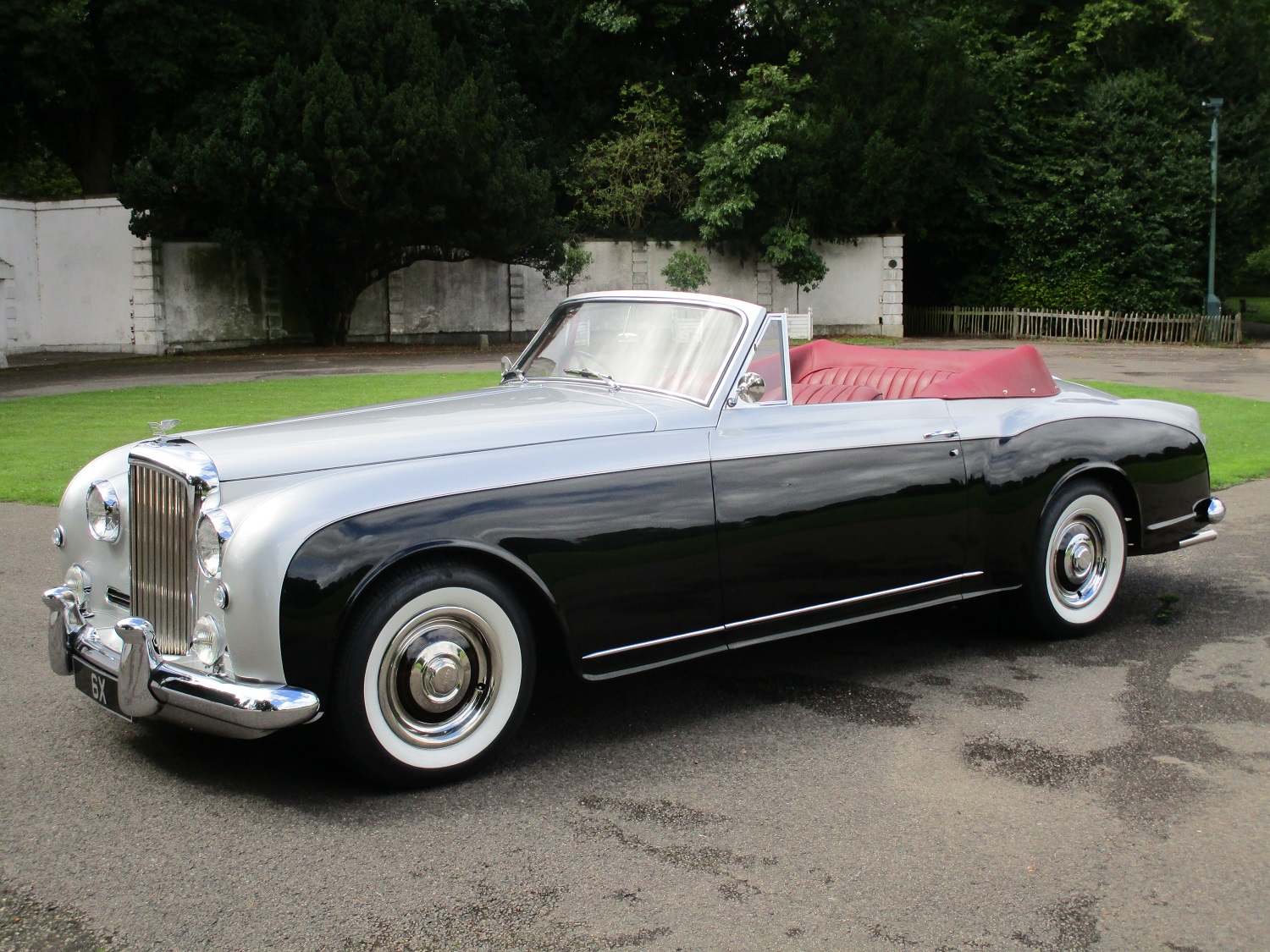 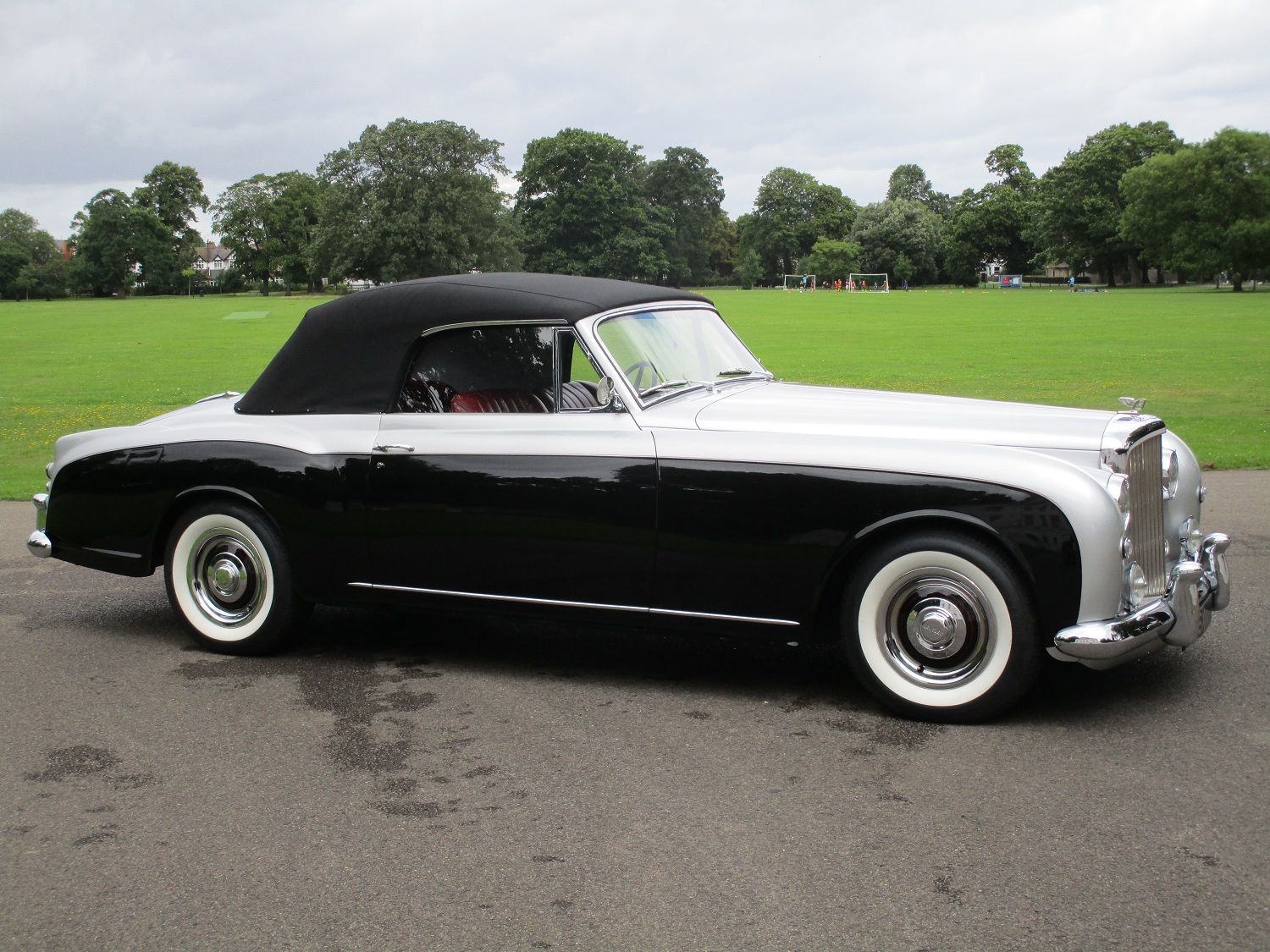 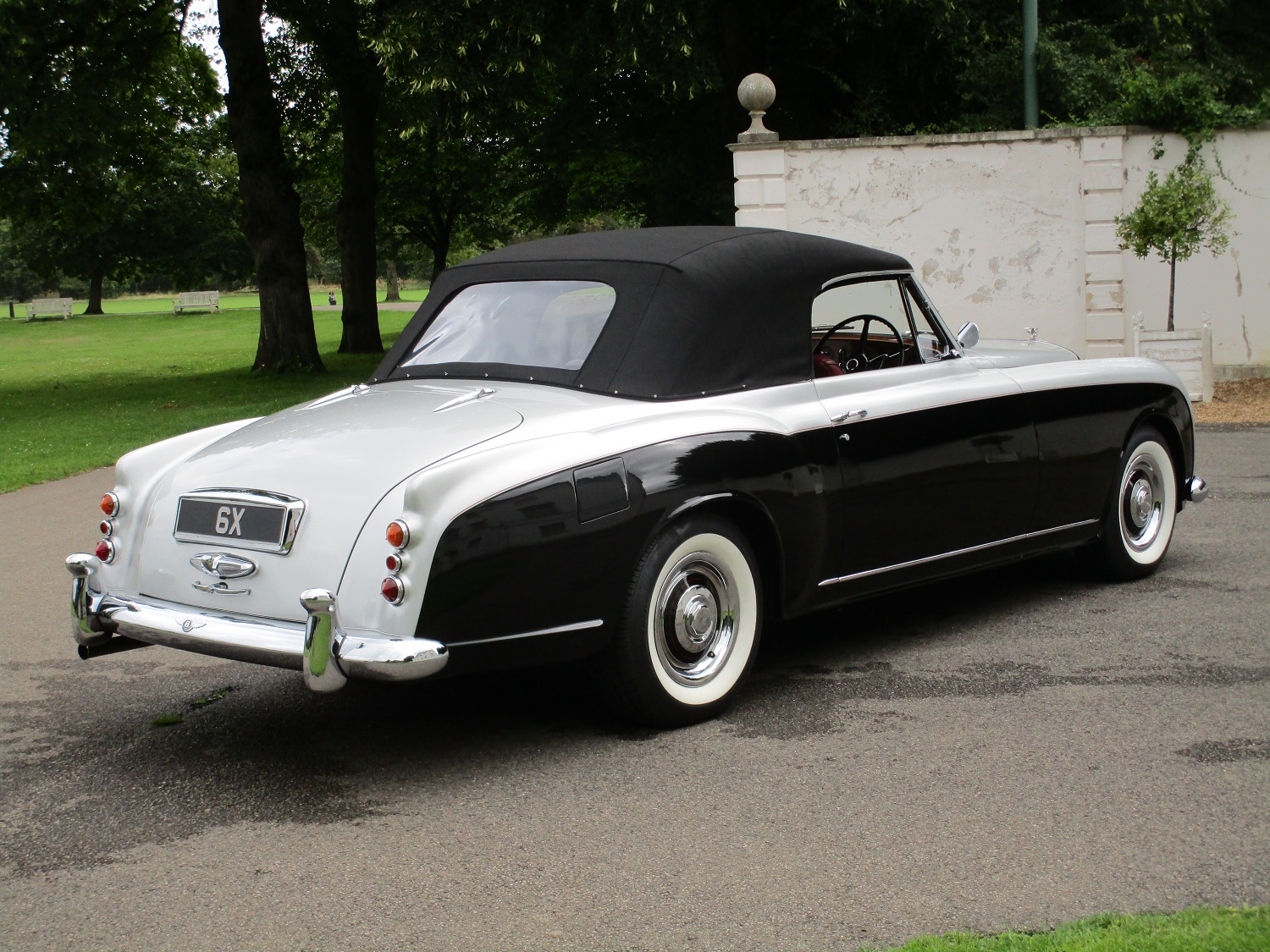 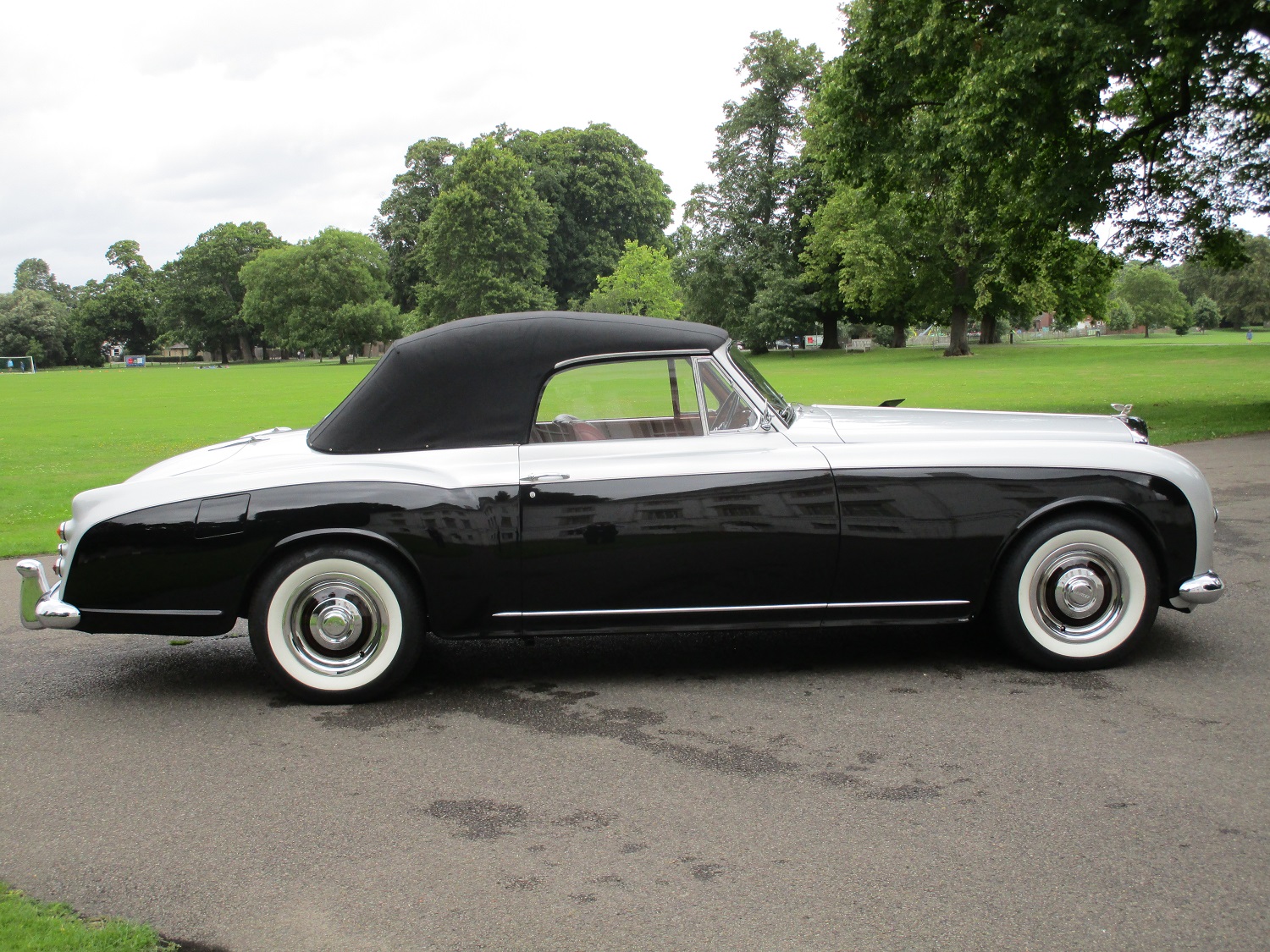 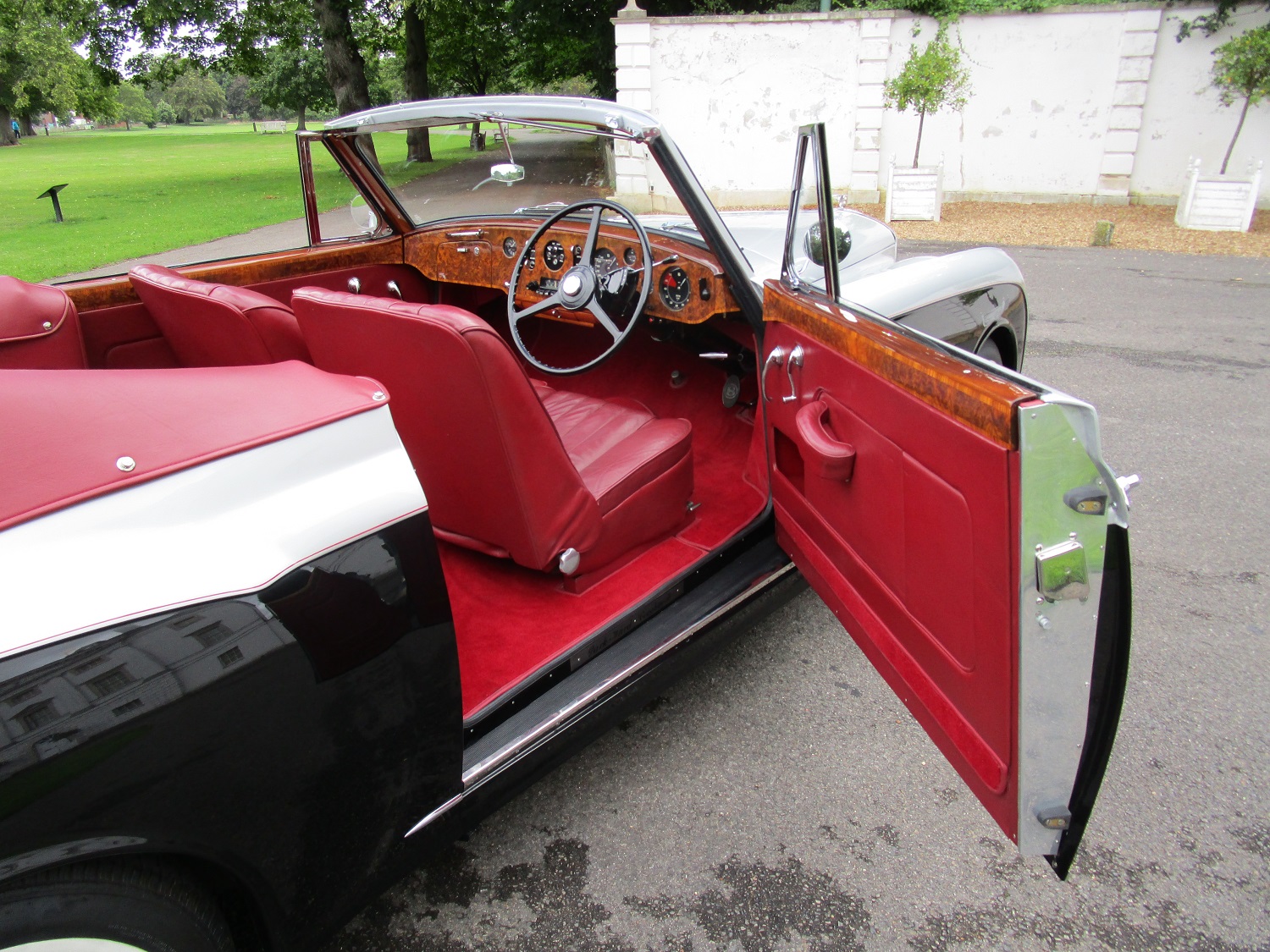 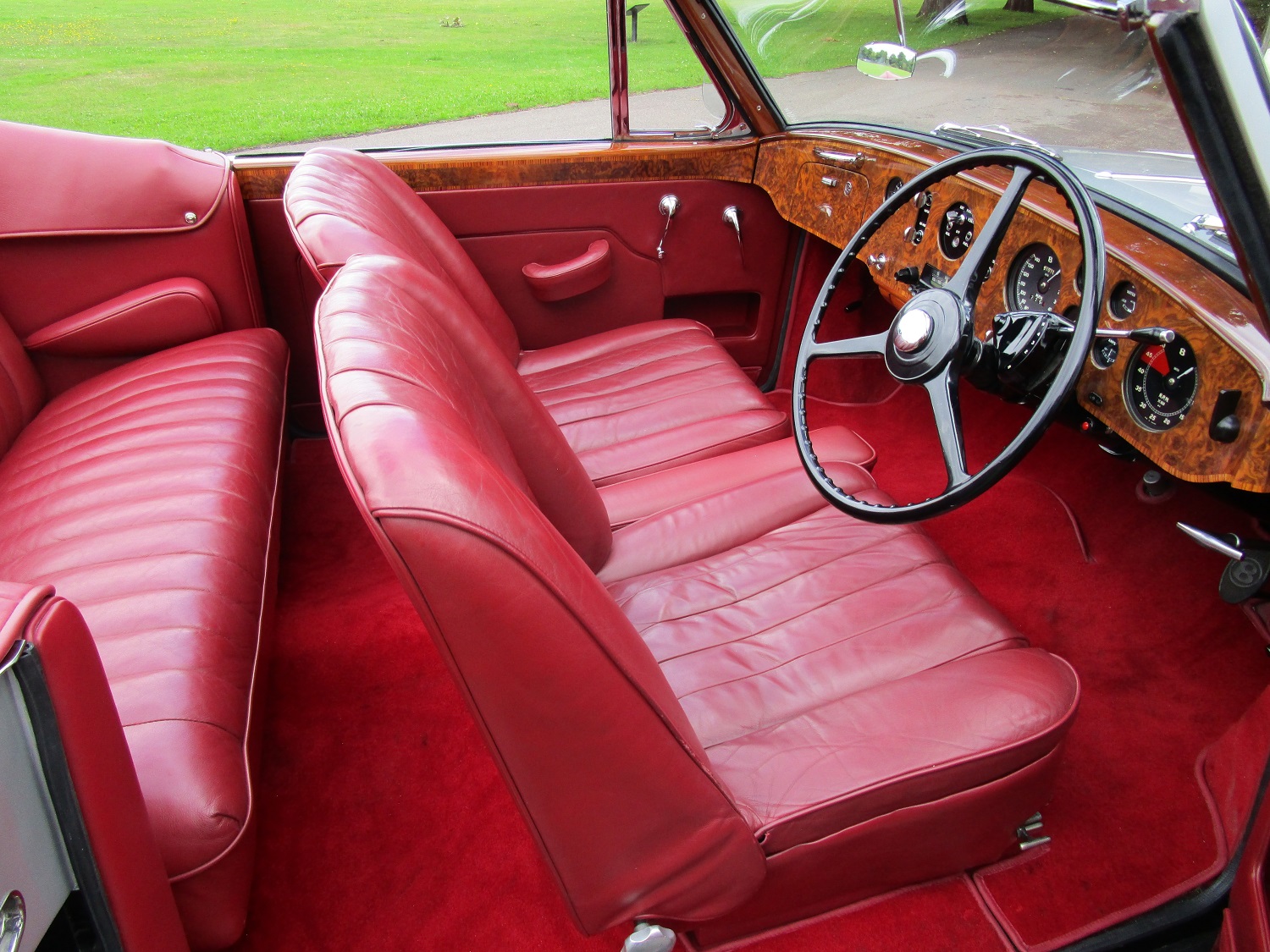 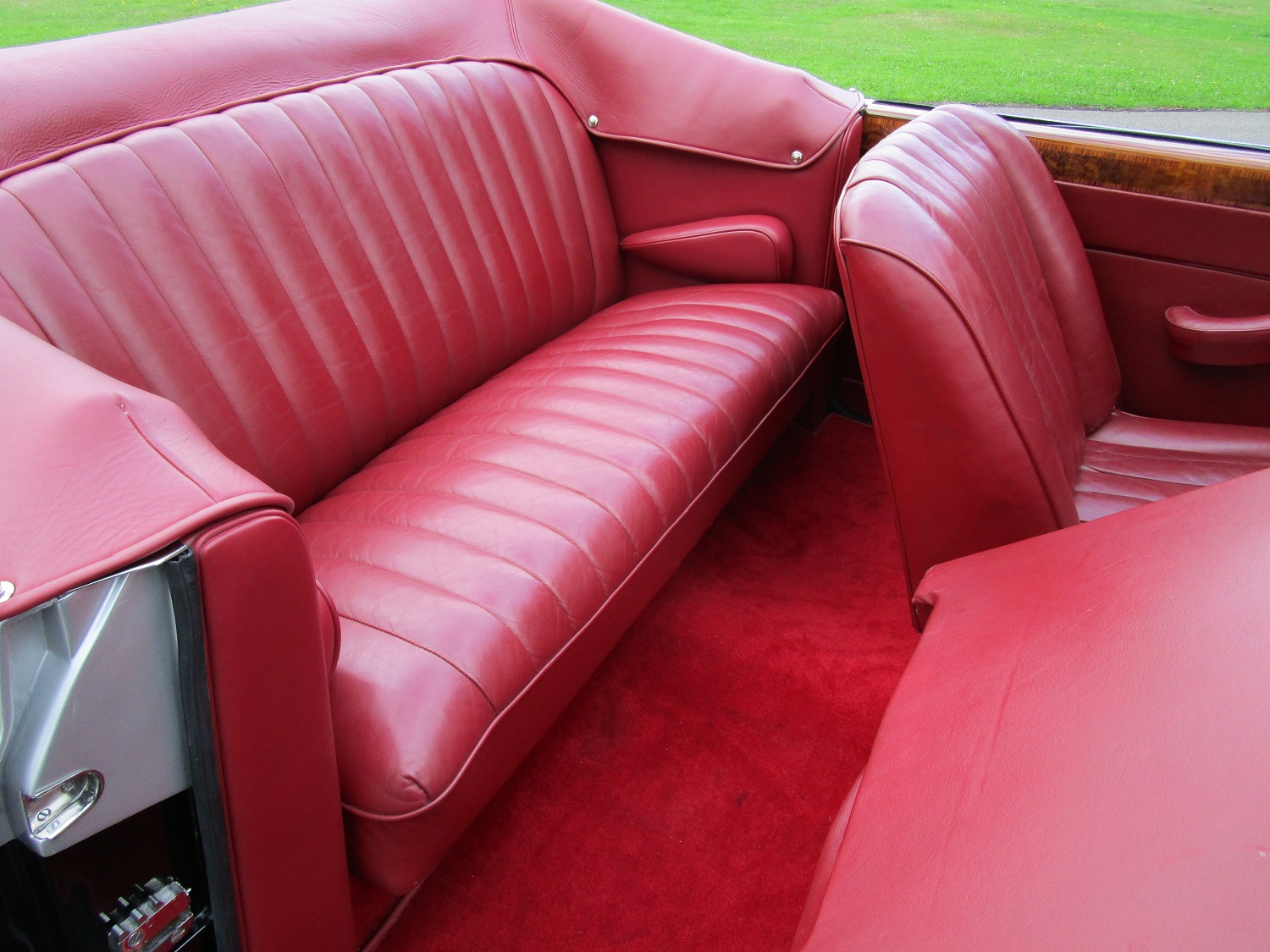 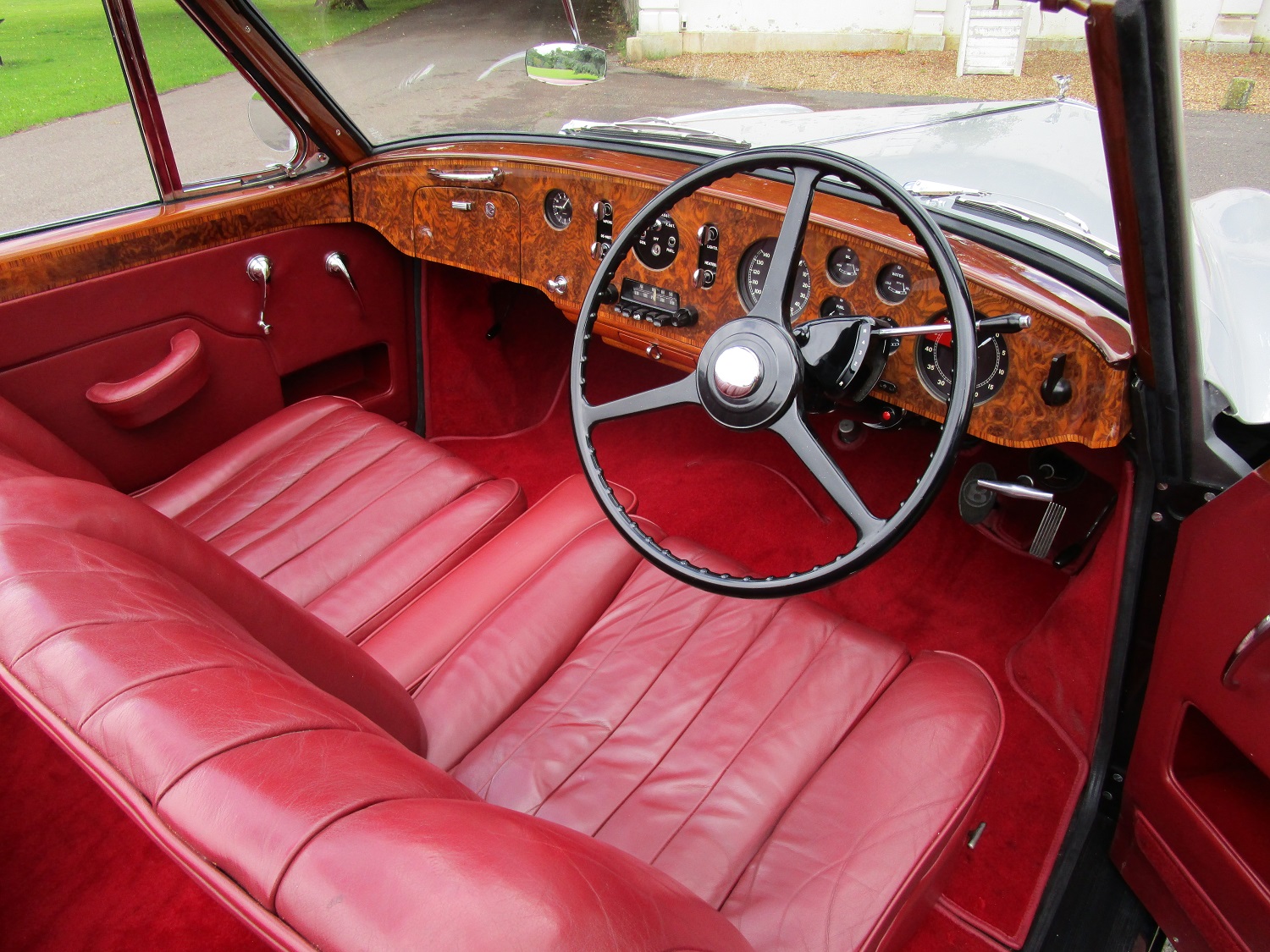 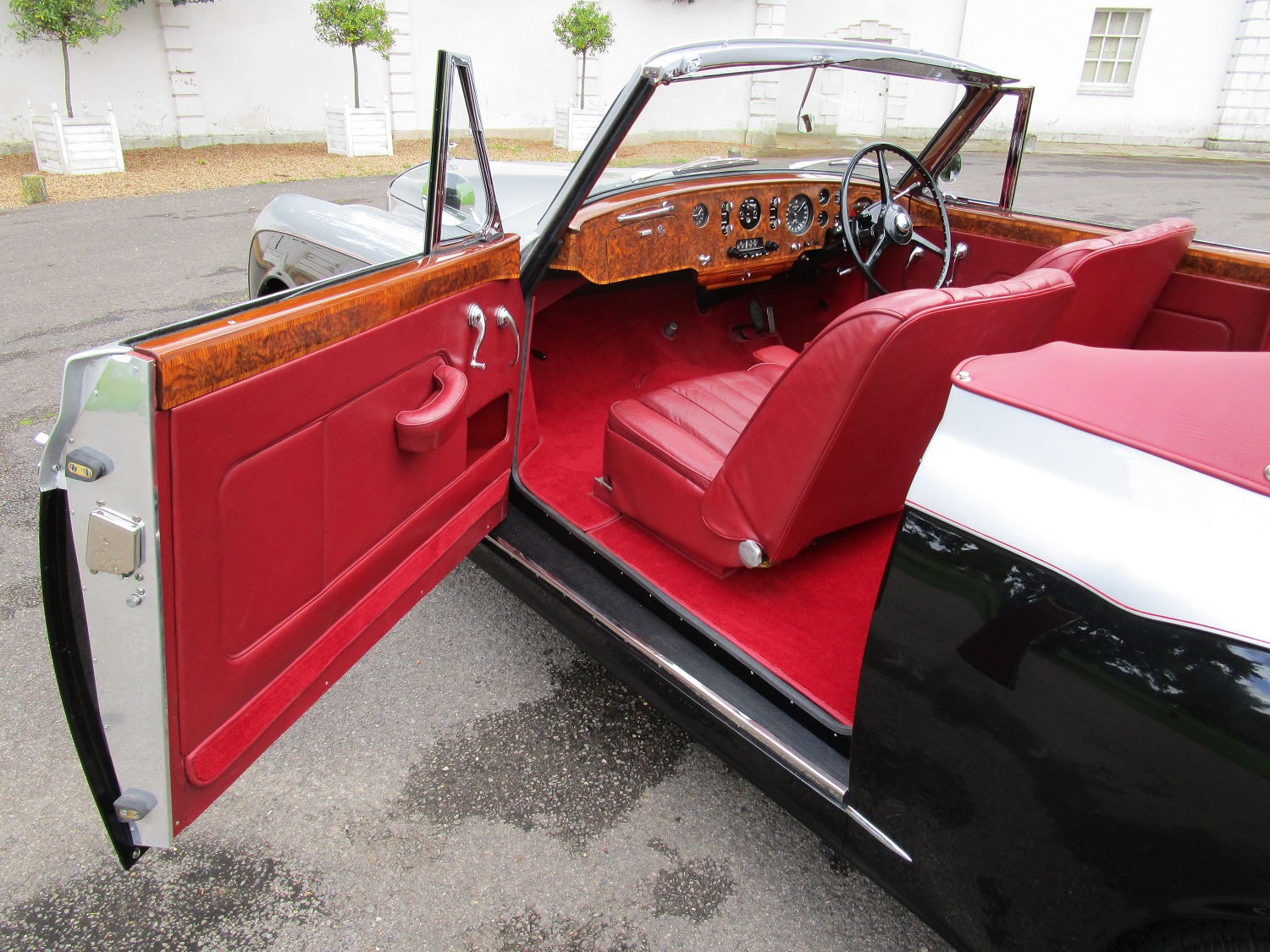 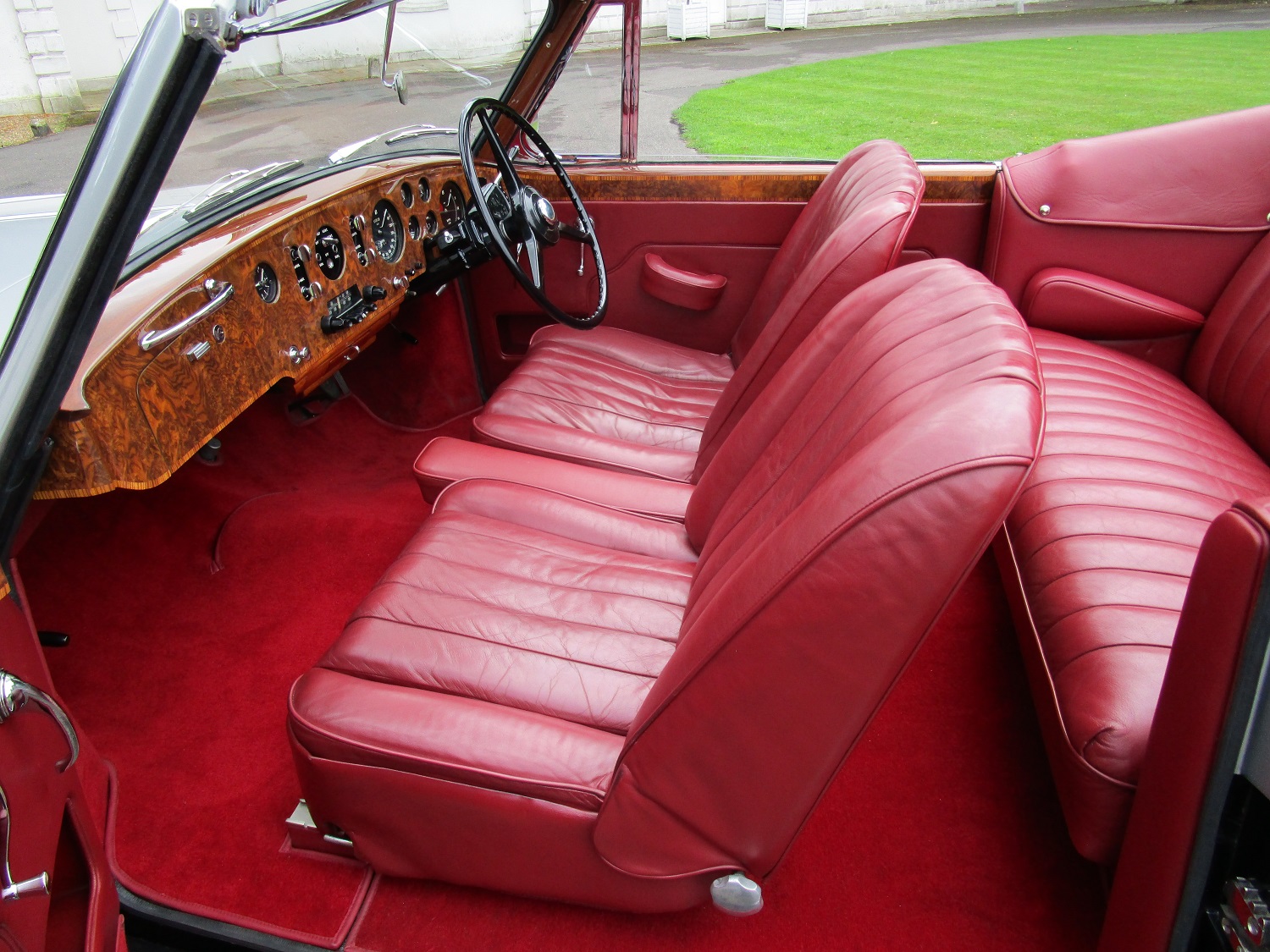 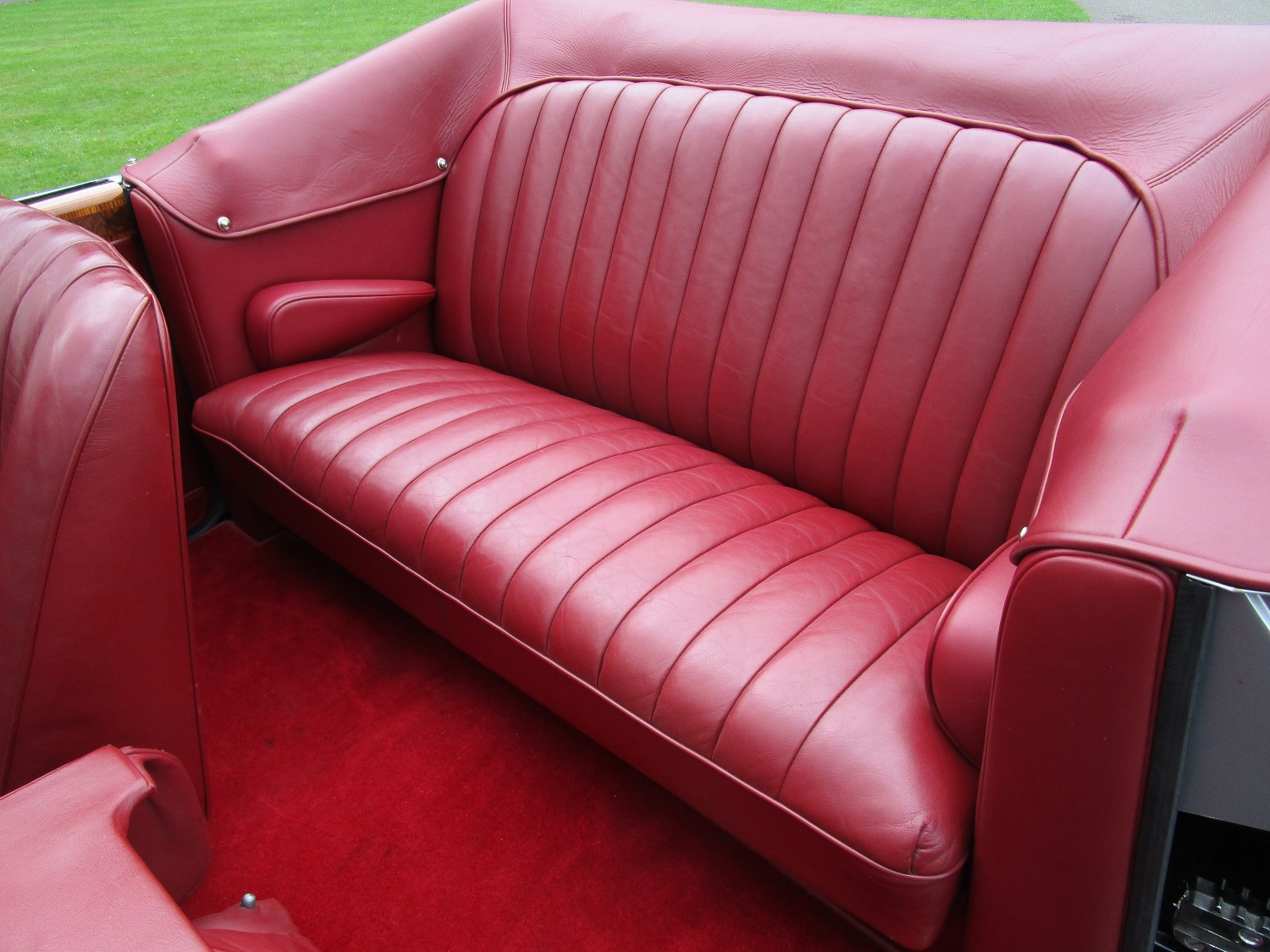 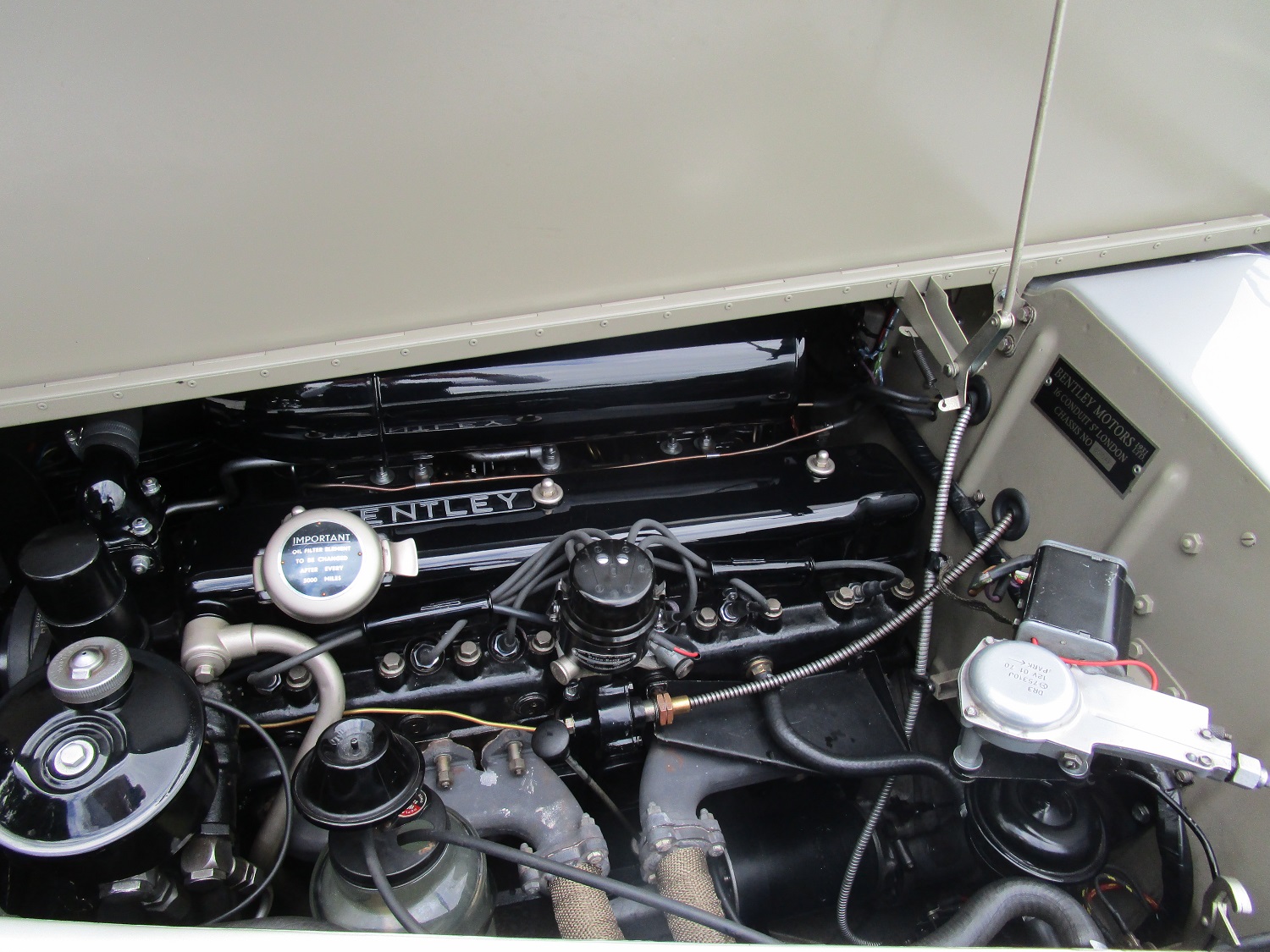 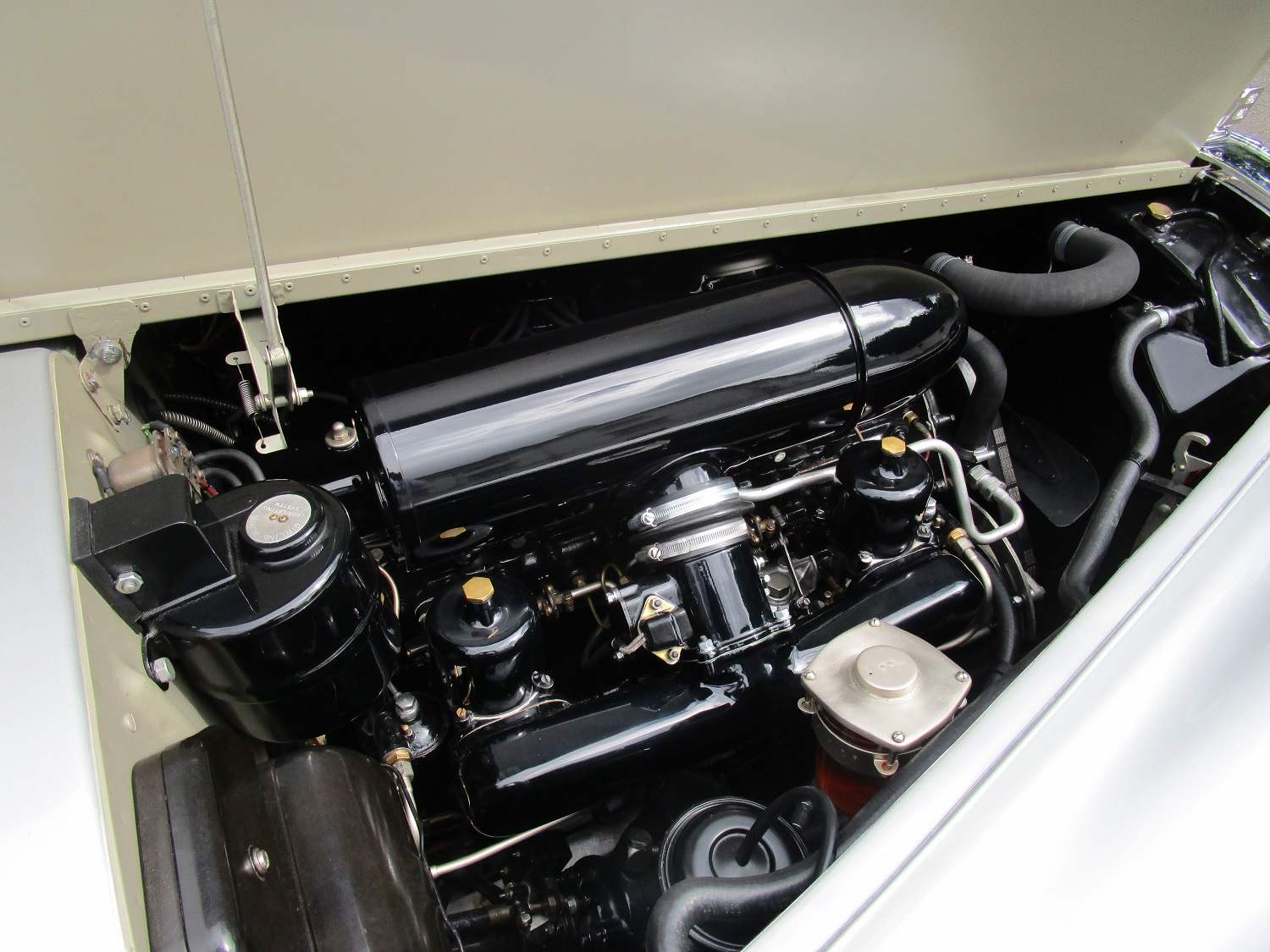 Chassis No BC10AF was originally completed in October of 1955 as a fixed head coupe, finished in silver with a grey leather interior. It was supplied by Wadham Bros Ltd in Southampton to its first owner Mr W.F.Lutyens of Petersfield. It then changed hands in 1958 when sold to a collector in Cardiff, before being sold again in 1964 to Mr M J Batt of Wimbledon. Frank Dale & Stepsons supplied BC10AF in 2000 when sold to a customer in Italy who used the car extensively across Europe. It was then supplied again by us in 2014 to a long standing customer in London. He then decided to instruct us to covert the car into a drophead coupe, built to the same specification as an original car by Park Ward. An original car was used as the blue print and set side by side to BC10AF for several weeks in order to make sure every detail was exactly the same. The underside of the car was also strengthened as per the specification of an original drophead coupe. Whilst the coachwork was changed and extensively restored, the engine was removed, upgraded to the later S1 Continental specification and overhauled. The new hood frame was constructed to match an original drophead coupe by Park Ward in terms of shape and function and fitted to the car. Once adjusted and fettled, the car was re-painted from bare metal in silver over black. The engine bay cosmetics were all restored as was the chassis and underside of the car. The chrome was re-plated and upon its return to our workshop, all other mechanical aspects were reviewed and overhauled as and where necessary. A new hood in black mohair was trimmed, as were new carpets in red to complement the existing leather which was retained. The rear seat had to be modified to fit the new style of interior, but the original leather was carefully saved and re-used to ensure the look the owner wanted. The interior woodwork was restored as was the whole dashboard area, including the steering column, steering wheel and gauges. The lighting was also upgraded, with LED bulbs added to the dashboard gauges. Power steering was added to enhance the cars manoeuvrability at parking speed and the engine was reunited with the car and run in over about 1,000 miles to complete the works. Invoices and photographs documenting the entire process are available in the cars history file. The finished product drives exactly as one would expect a fully restored S1 Continental to and the appearance of the car is not only first class cosmetically, but also indistinguishable from an original drophead coupe by Park Ward. The process to convert and restore BC10AF to its current condition and configuration was exhaustive, but the result speaks for itself and this is a car we are now delighted to be able to offer for sale.