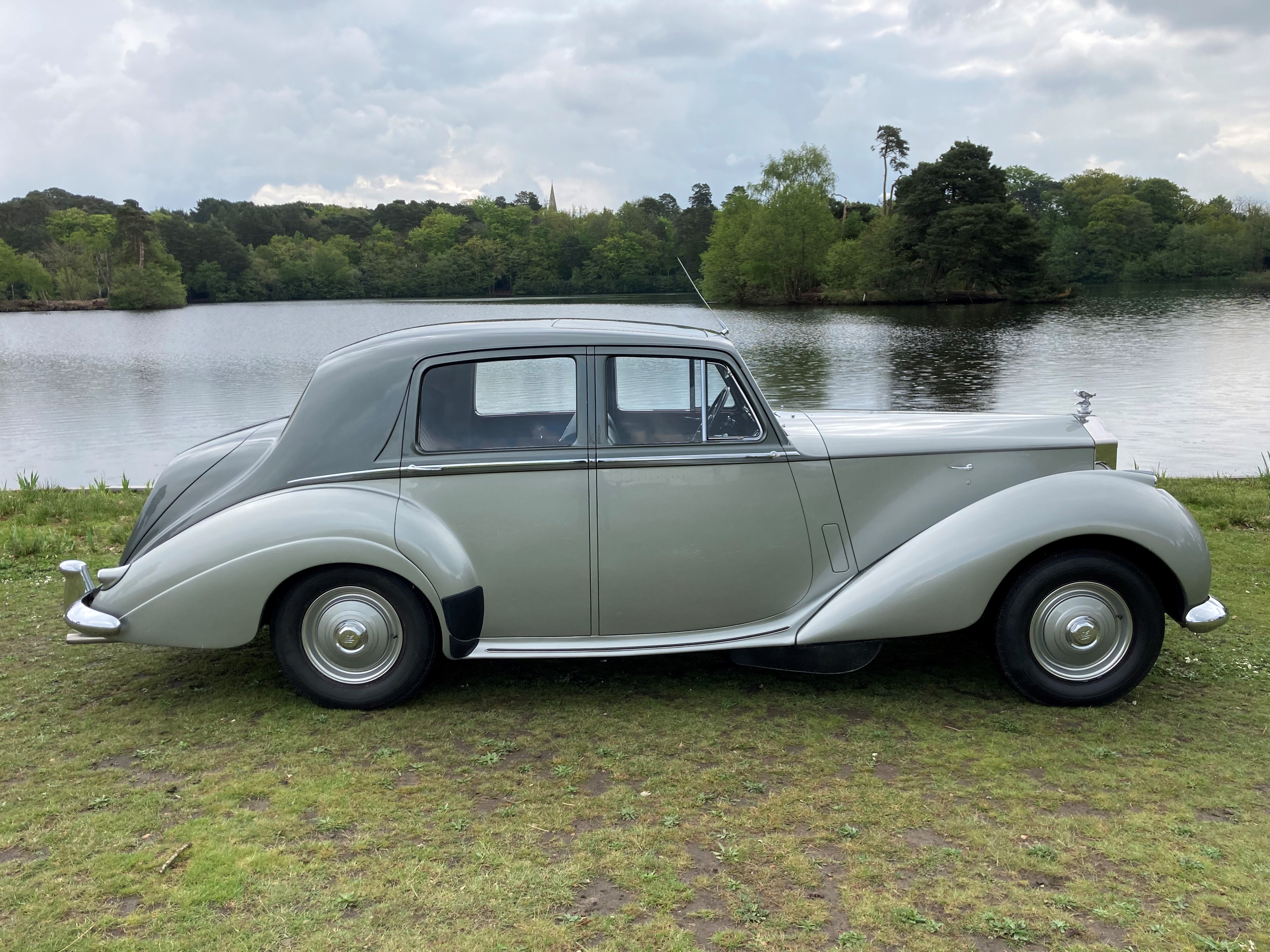 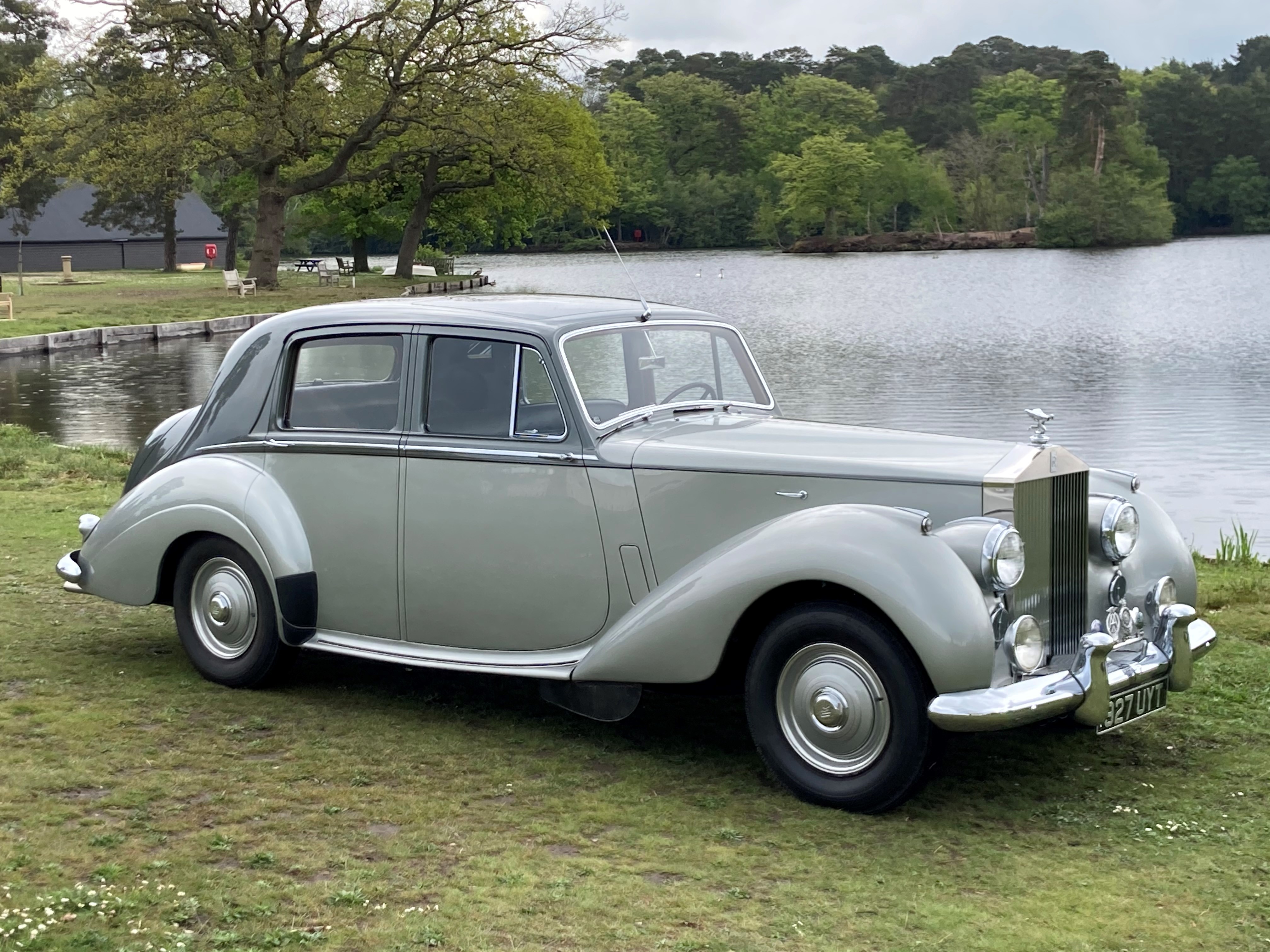 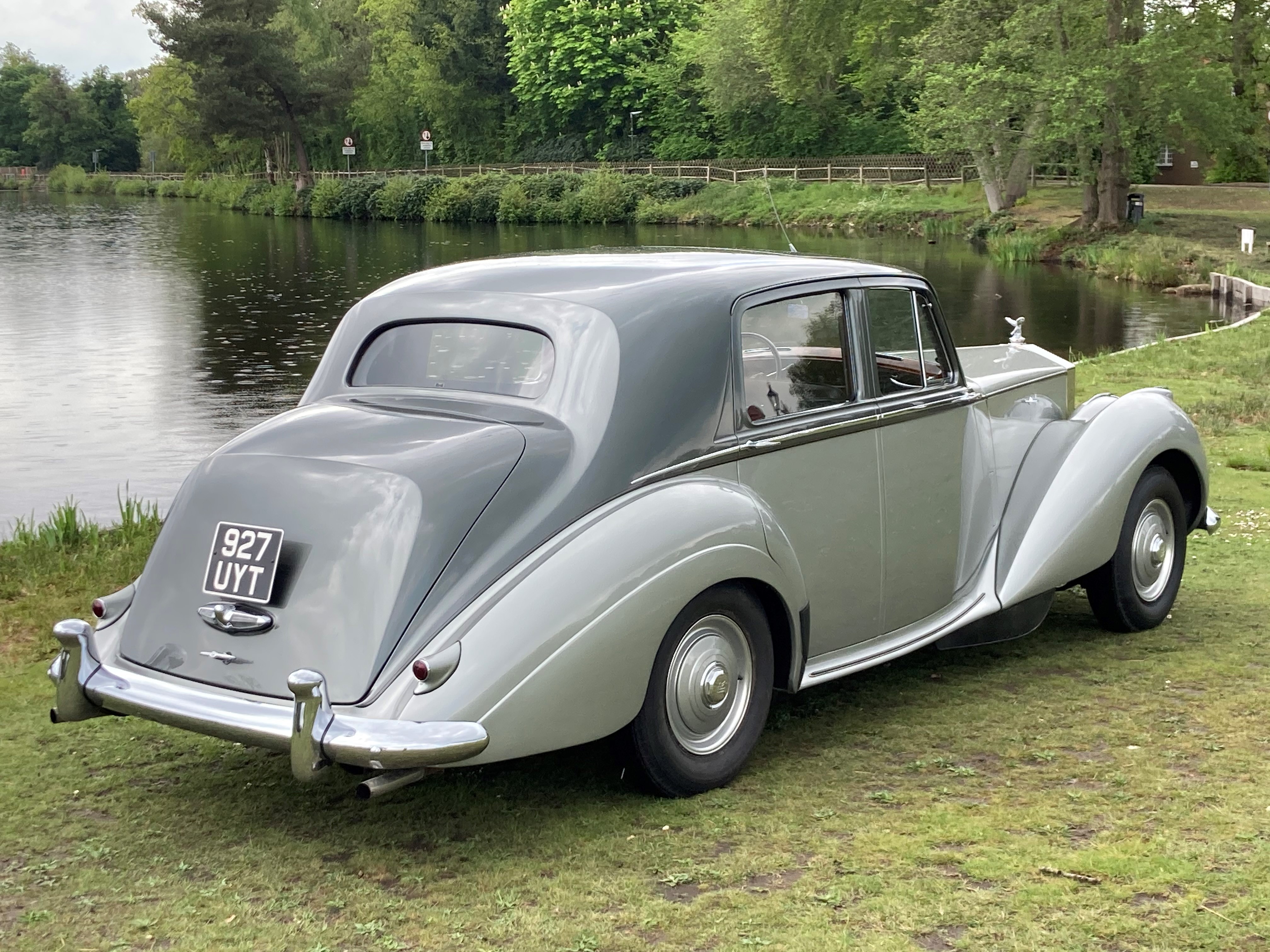 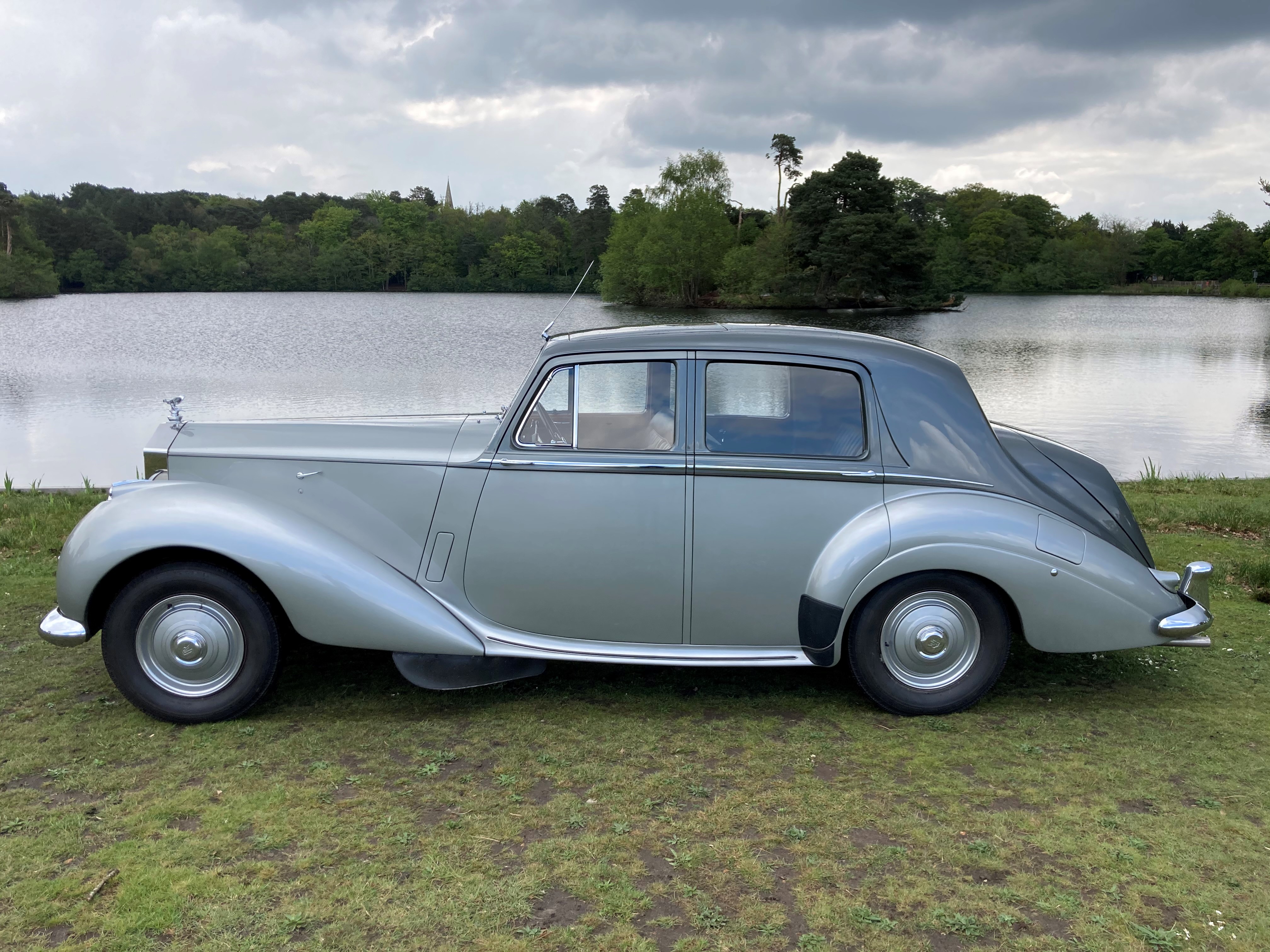 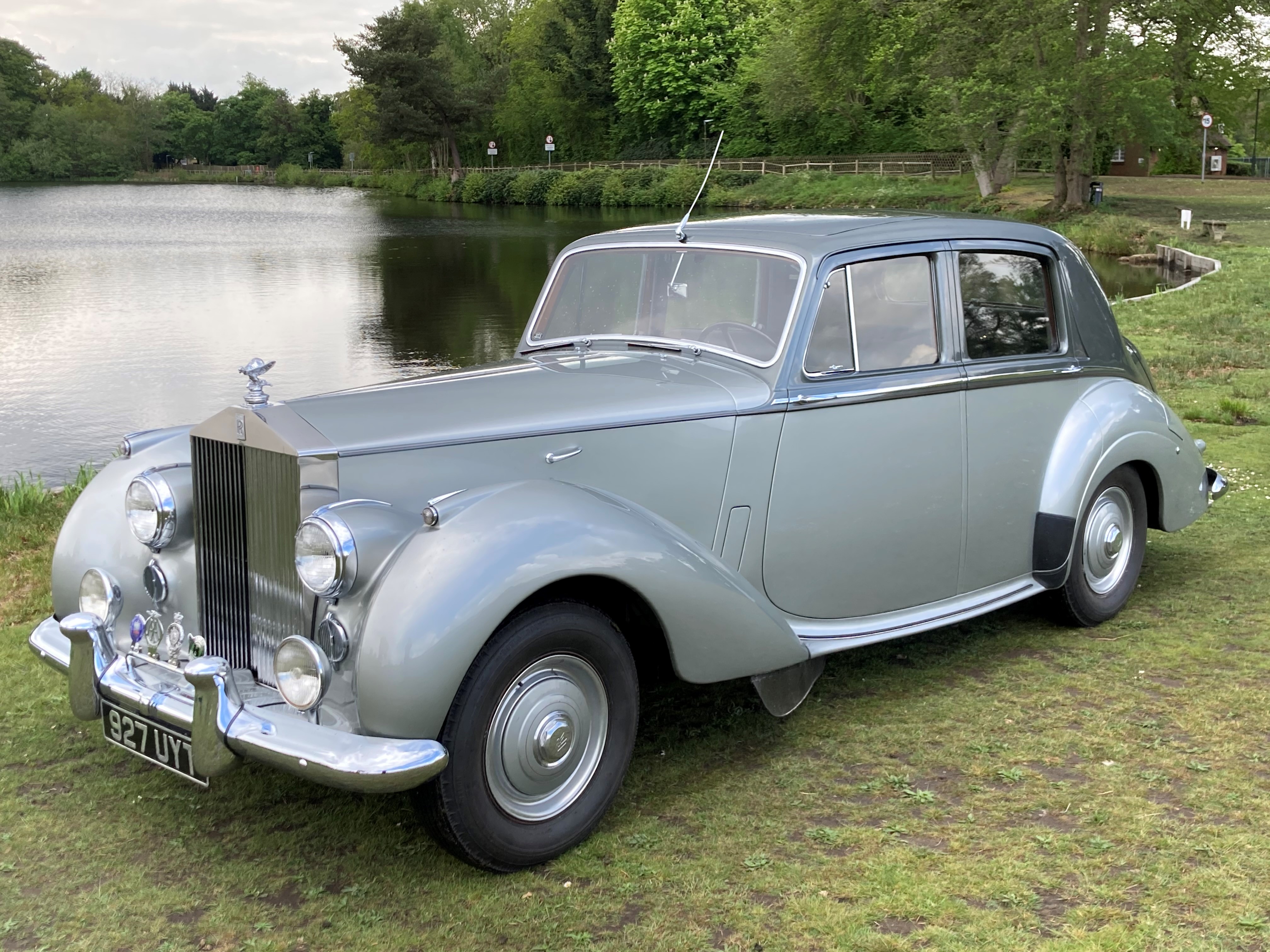 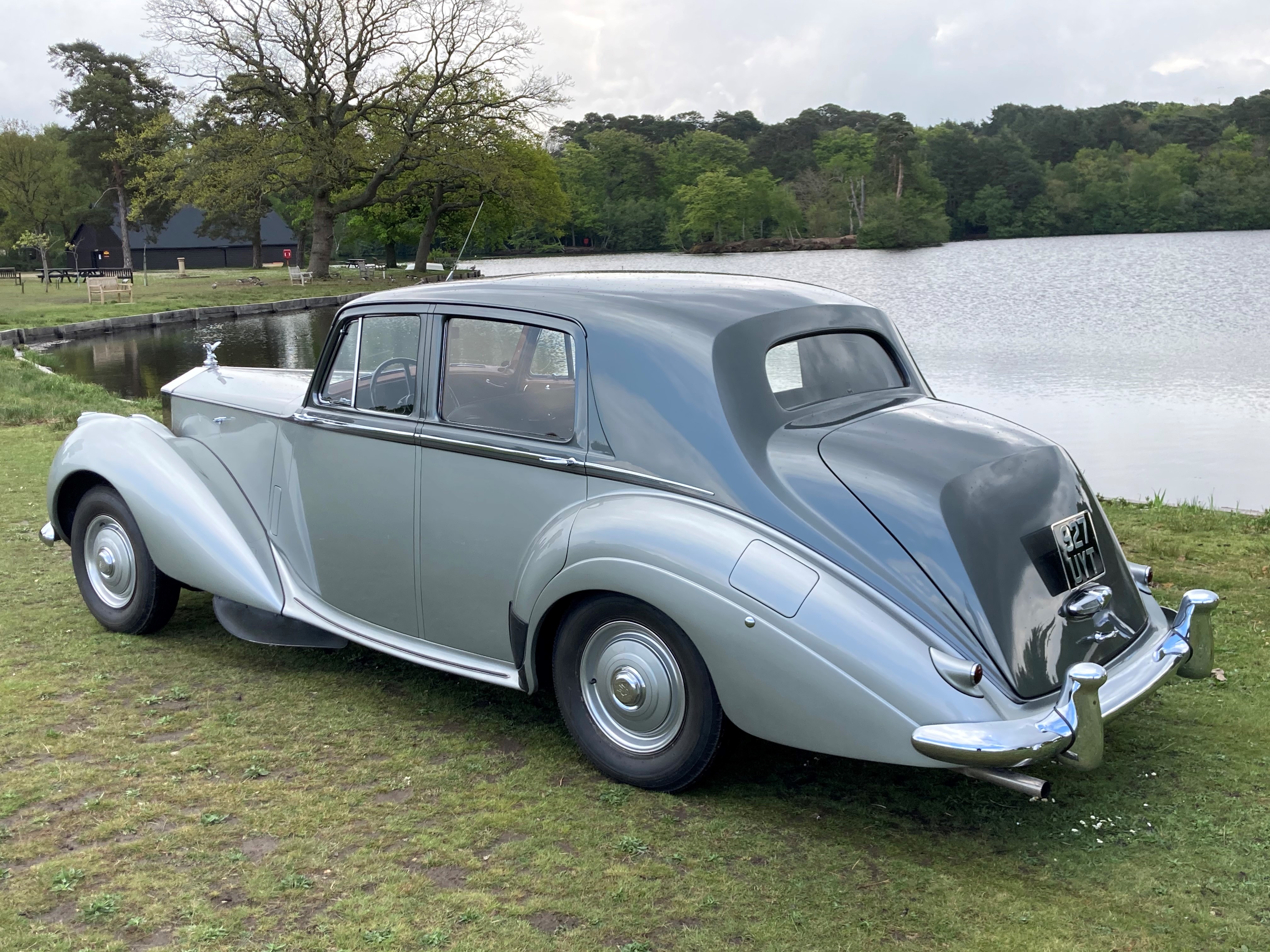 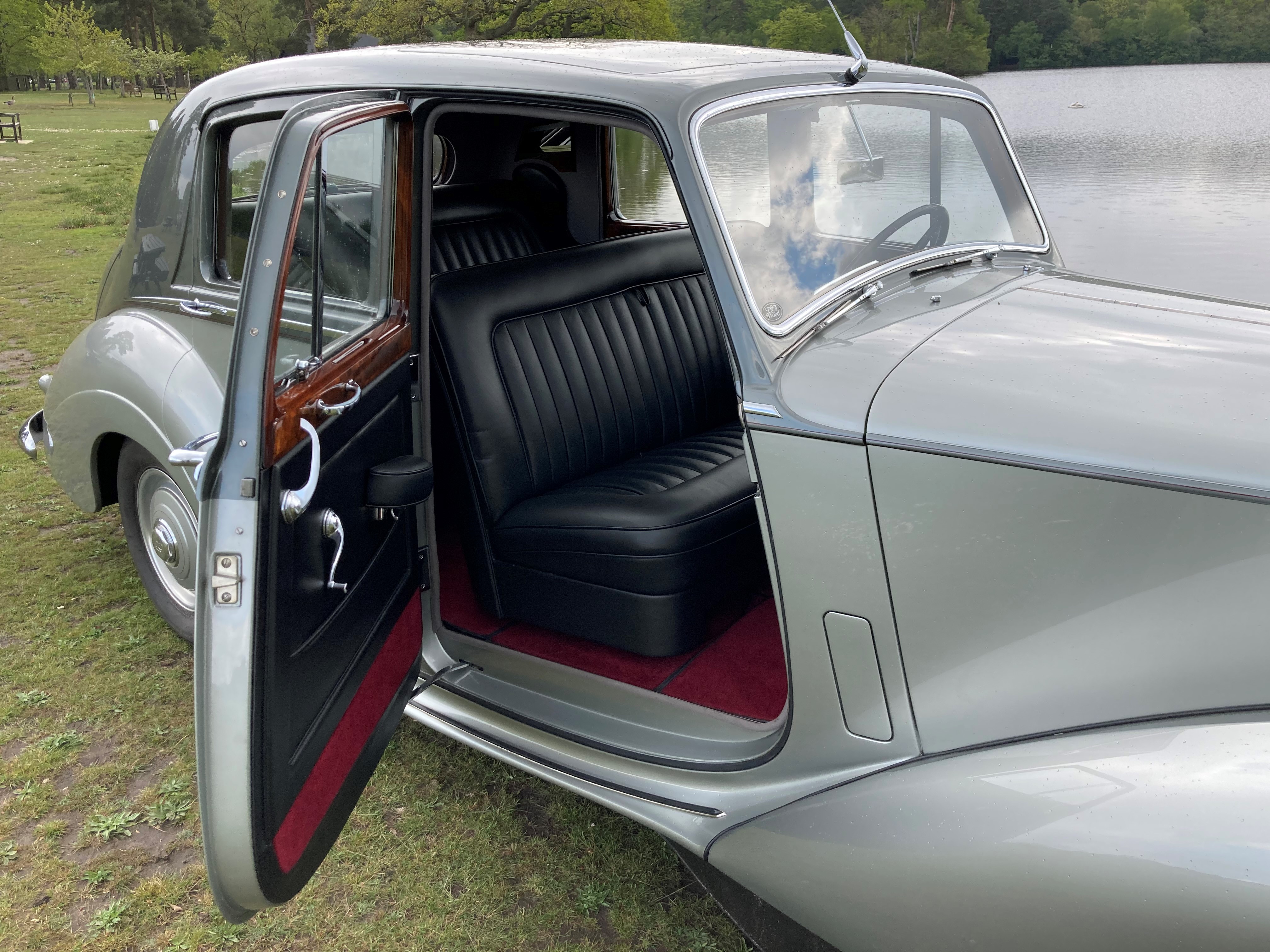 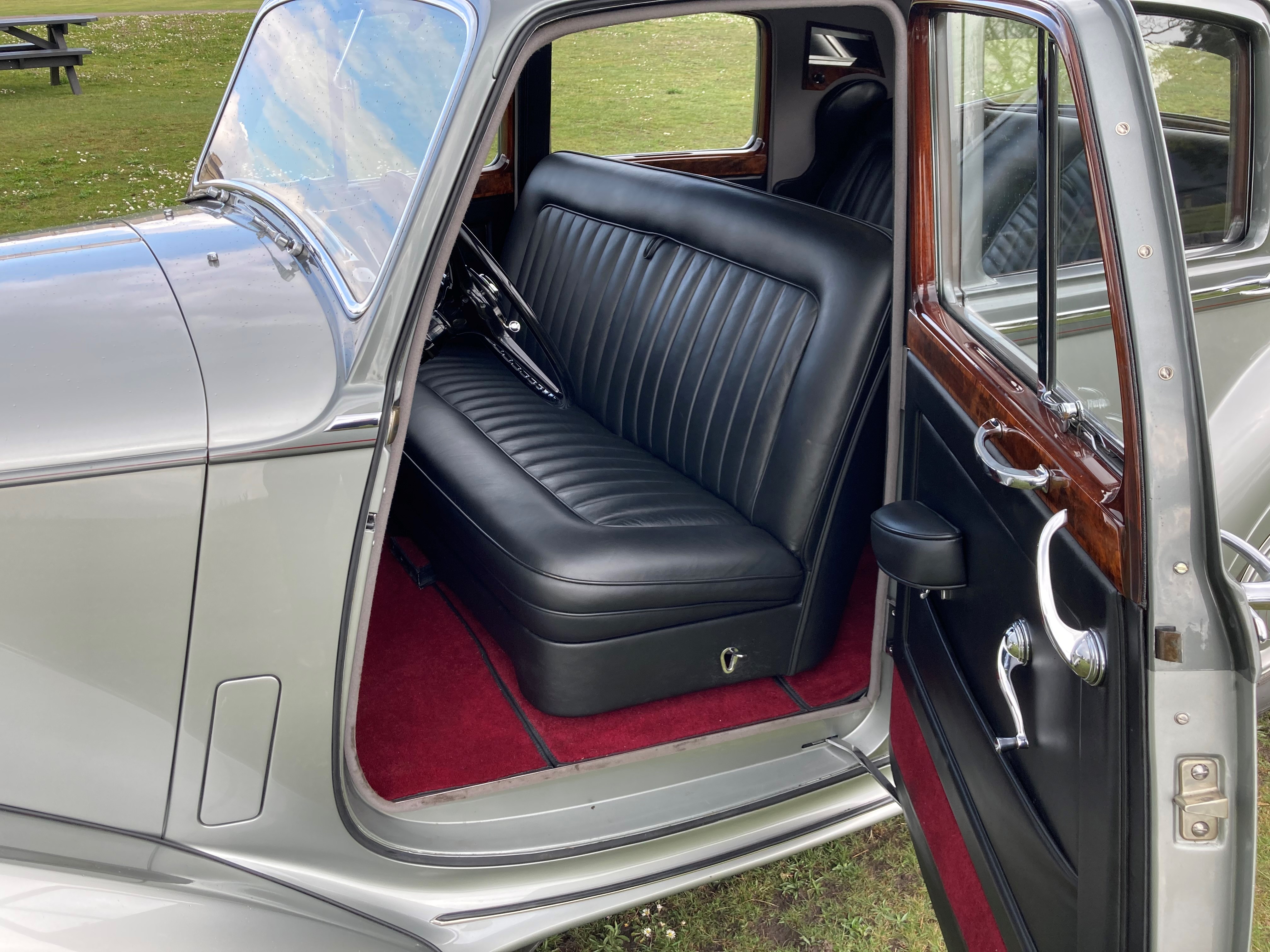 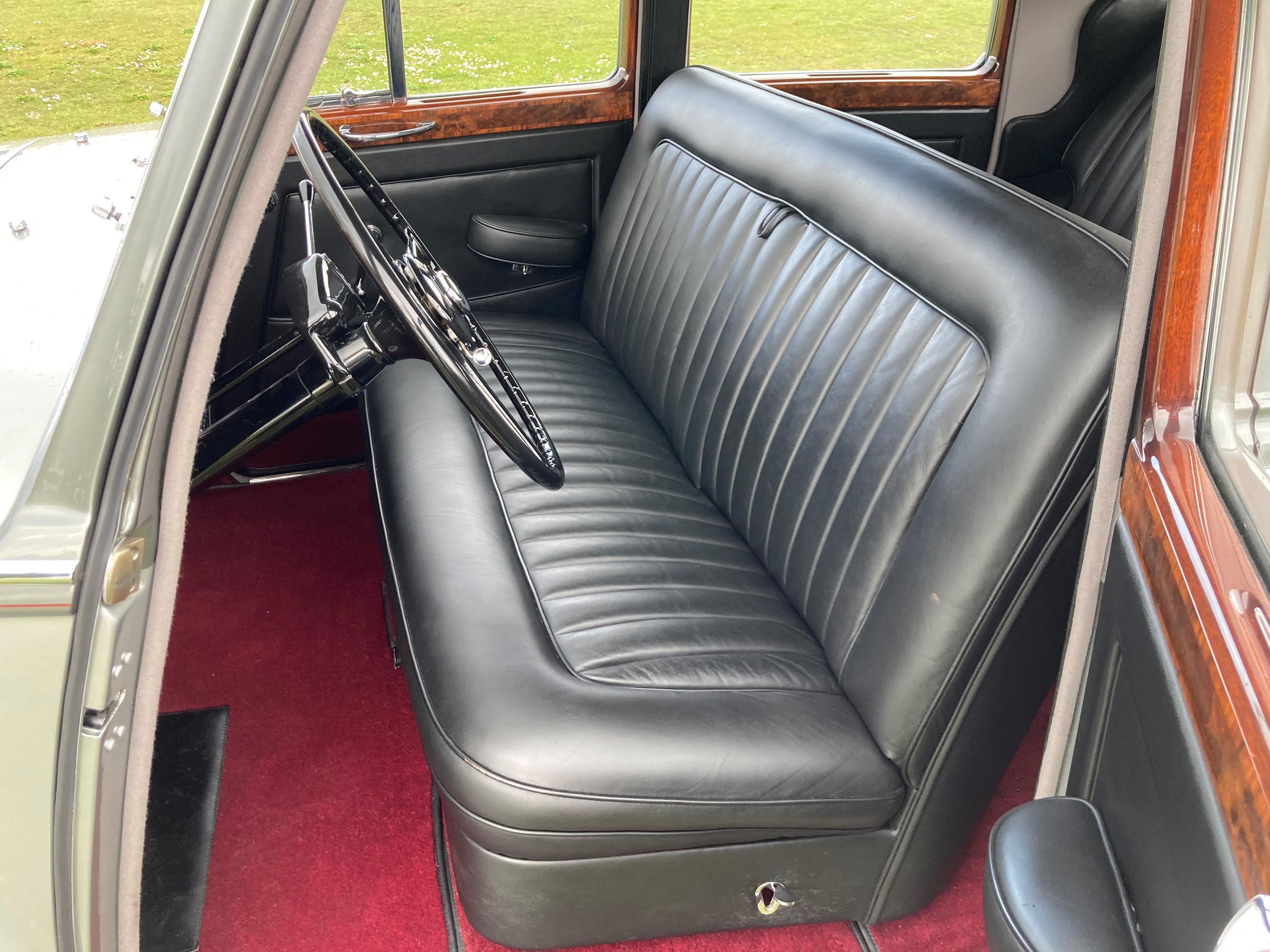 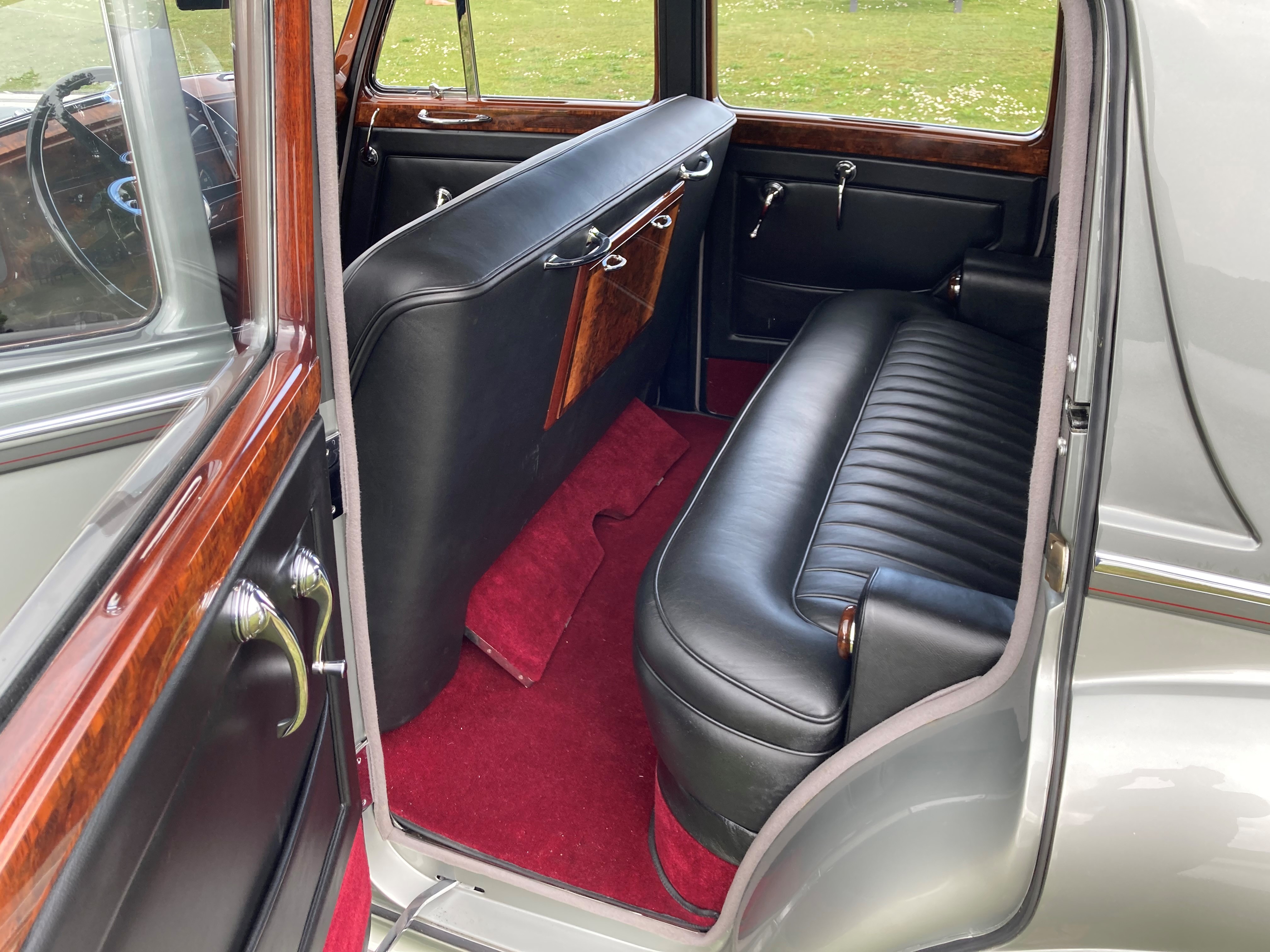 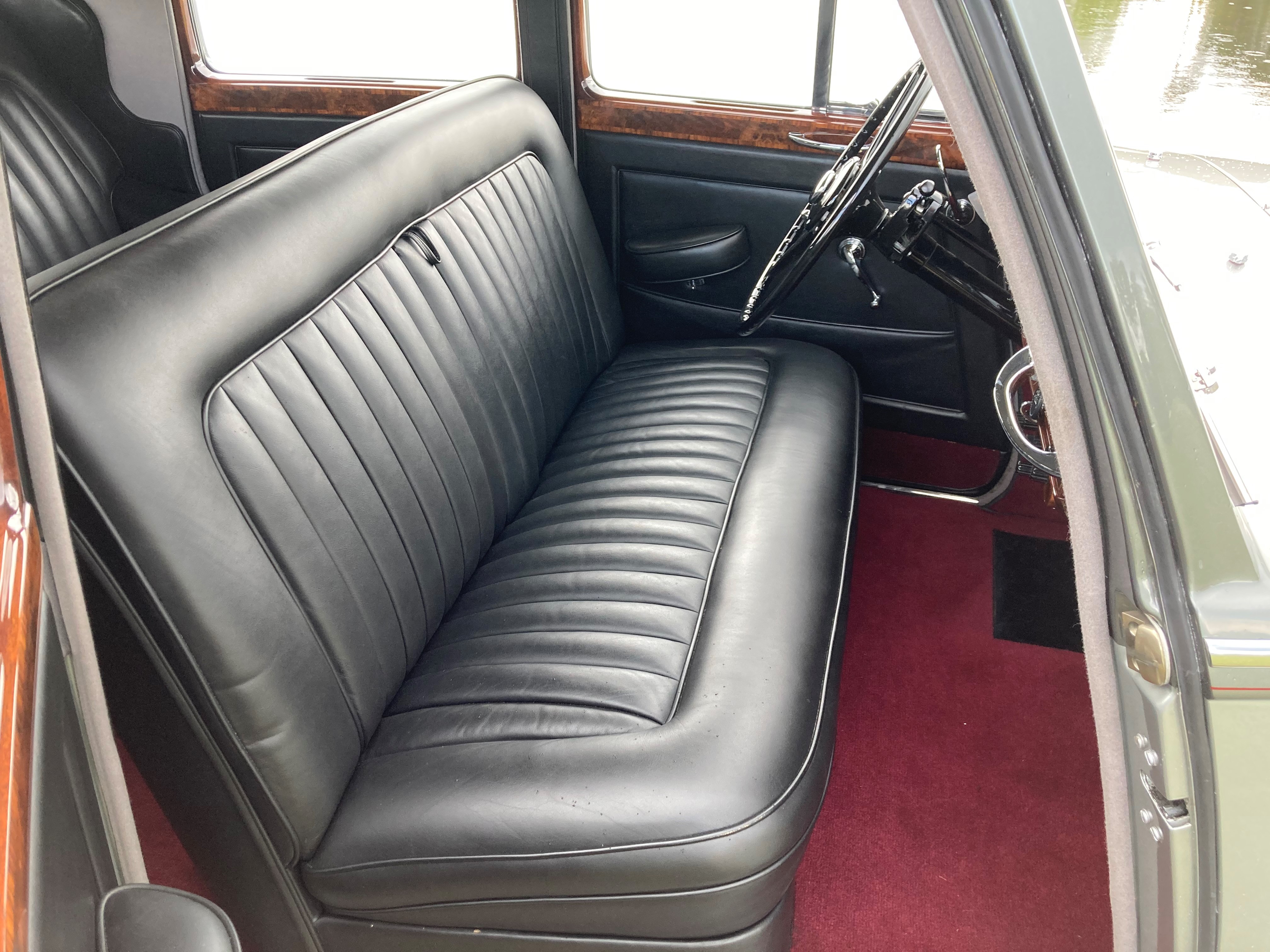 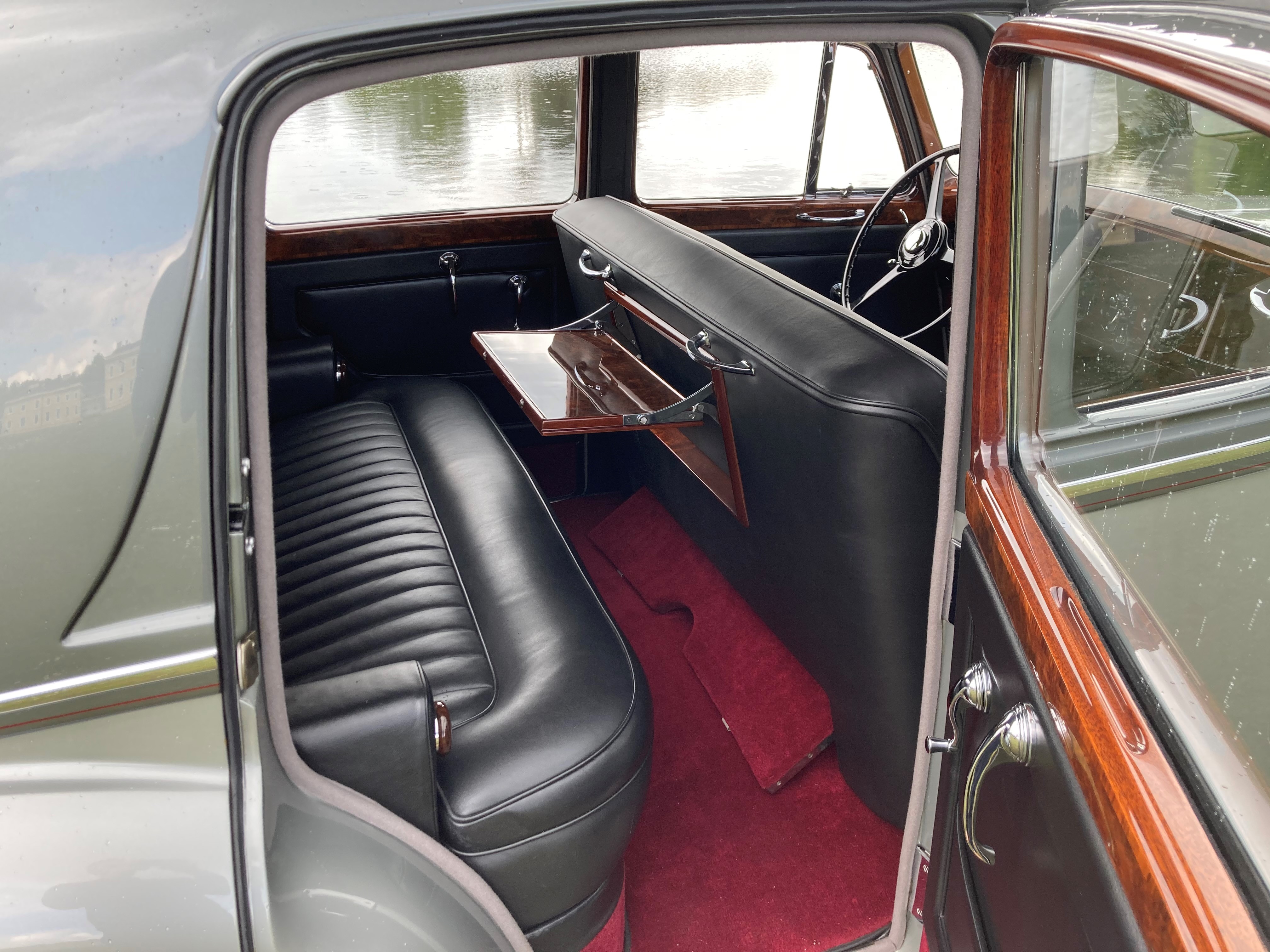 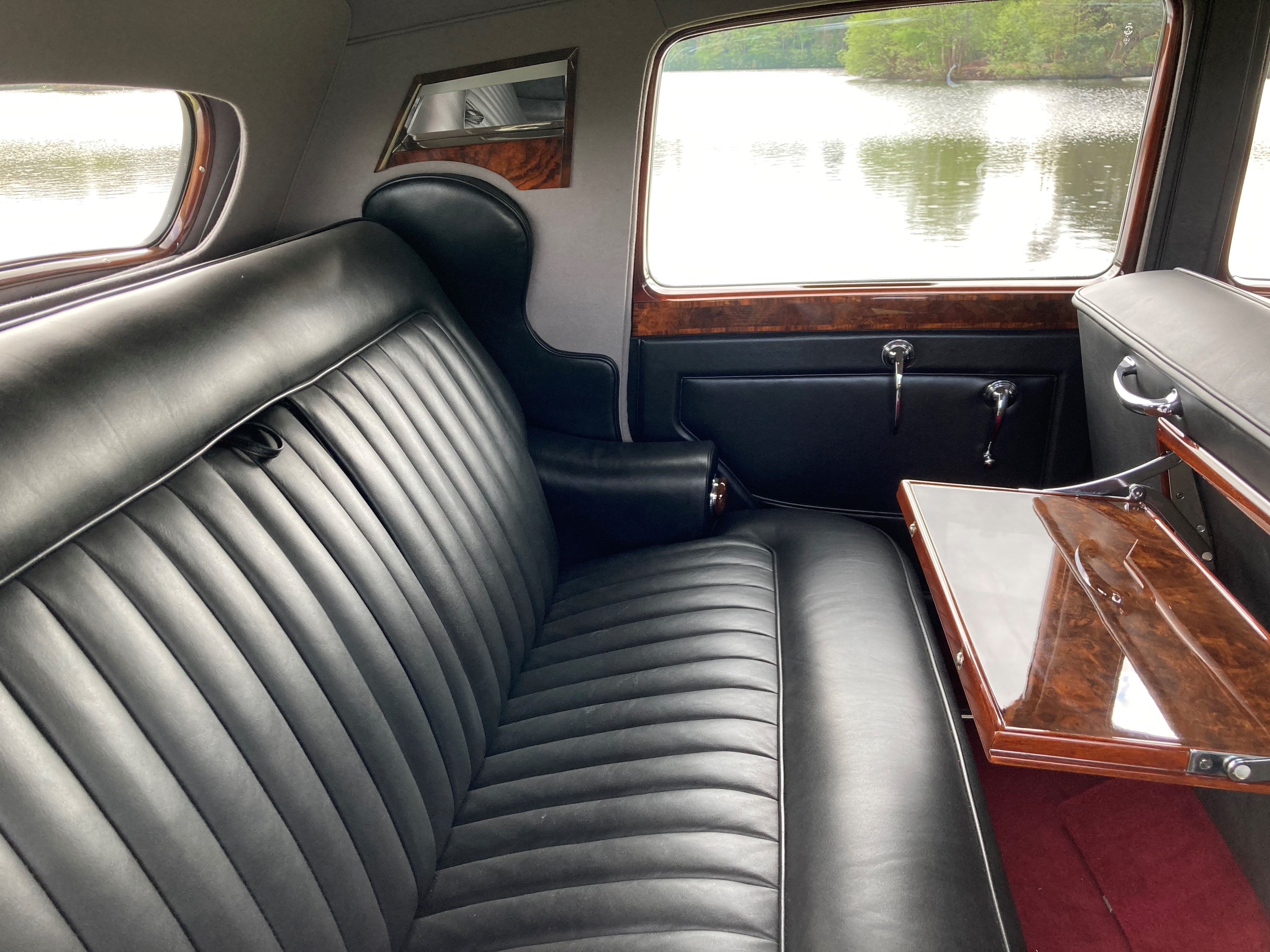 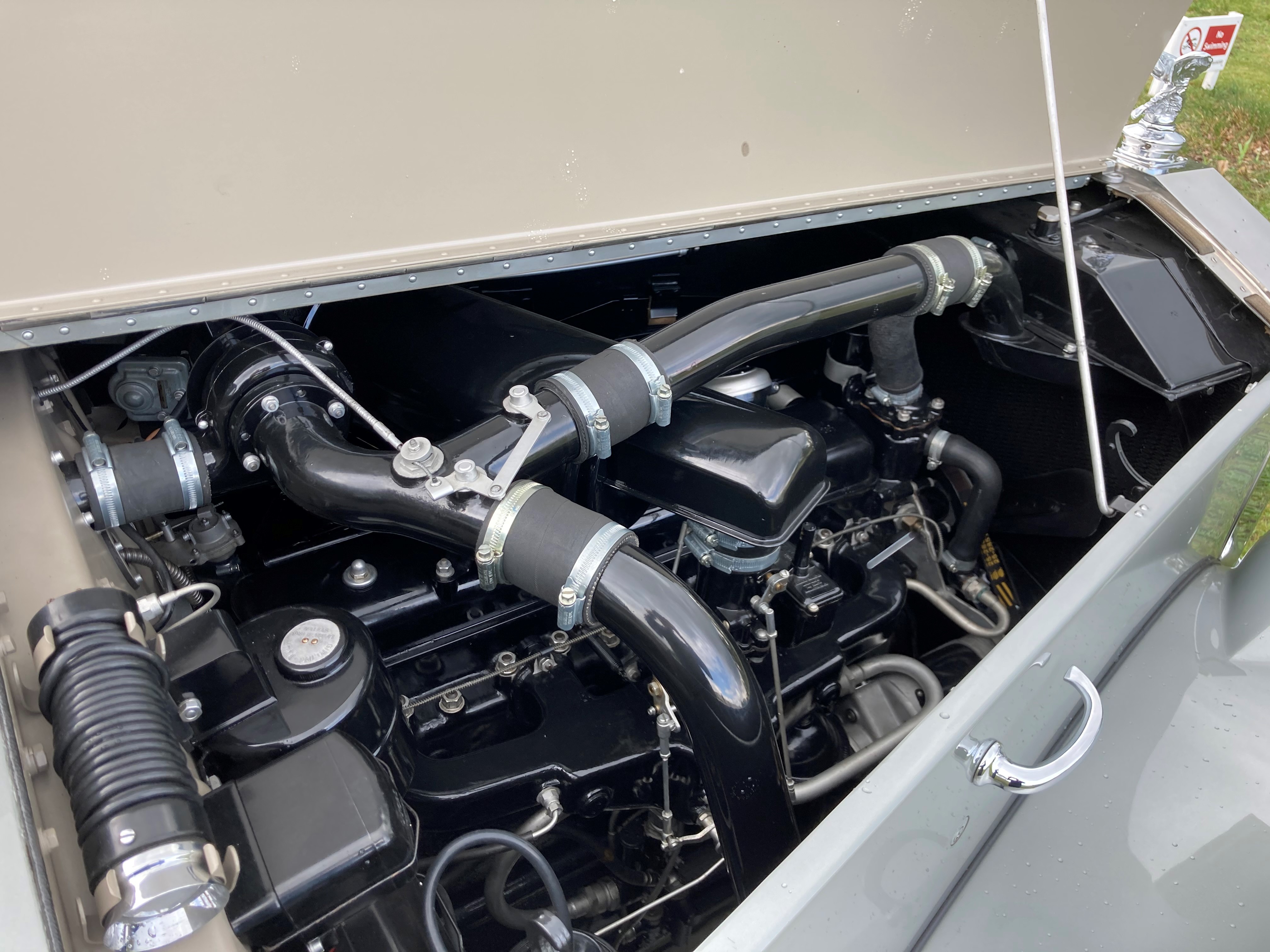 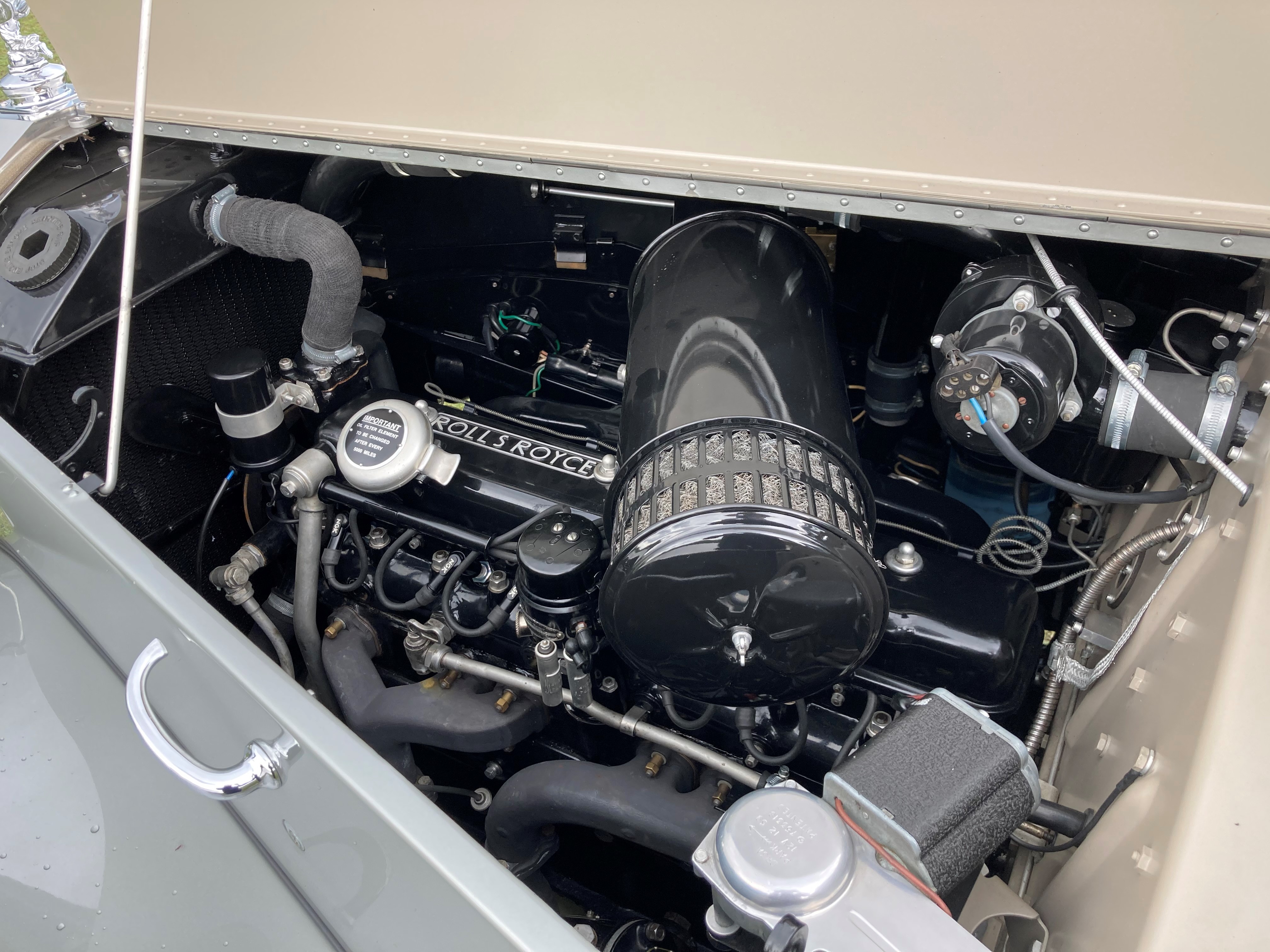 Bentley Motors made a complete departure from their former policy by announcing in 1946 an entirely new model, a car produced totally in-house avoiding future dependence on the rapidly depleting number of coachbuilders. The Bentley Mk VI fitted with their design of “standard” all steel bodywork was built at Crewe and began life with a 4 ¼ litre engine. It was later up-rated to a 4 ½ litre engine and the basic Mk VI shape was adapted slightly in 1952 with the introduction of the Bentley R Type. The new model was almost identical to the Mk VI up to the rear doors; however the boot was enlarged giving greater luggage capacity and arguably a more attractive and balanced overall profile. Codenamed “Ascot”, the Rolls-Royce Silver Dawn was built alongside these two models, albeit in far fewer numbers, designed to be a compact, owner-driver factory built Rolls-Royce to run concurrently with production of the larger Silver Wraith, whilst sharing its running gear. A total of just 760 Silver Dawns were built and in our opinion are one of the most attractive factory bodied motor cars by either Rolls-Royce or Bentley.

Chassis No LSTH11 which we are currently offering for sale is the best example we have ever offered and may be the best example inexistence. It was originally completed in mid-1954, finished in silver with a black leather interior and was then shipped to the USA where it remained for several decades. In more recent times the car was repatriated to the UK where it underwent an extensive restoration at P&A Wood for the present owner. Over a two year period between 2014 and 2016 the car was dismantled and restored regardless of cost with extensive coachwork repairs and restoration carried out prior to re-painting in shell and Tudor grey. The brightwork was restored, as was the woodwork to complement the new interior in black leather as per the original specification. Engine bay cosmetics and full mechanical preparation were also carried out, resulting in a concours condition example in every respect. In our opinion this is simply the best example in the world and would be ideal for touring, showing at the highest level, or both.