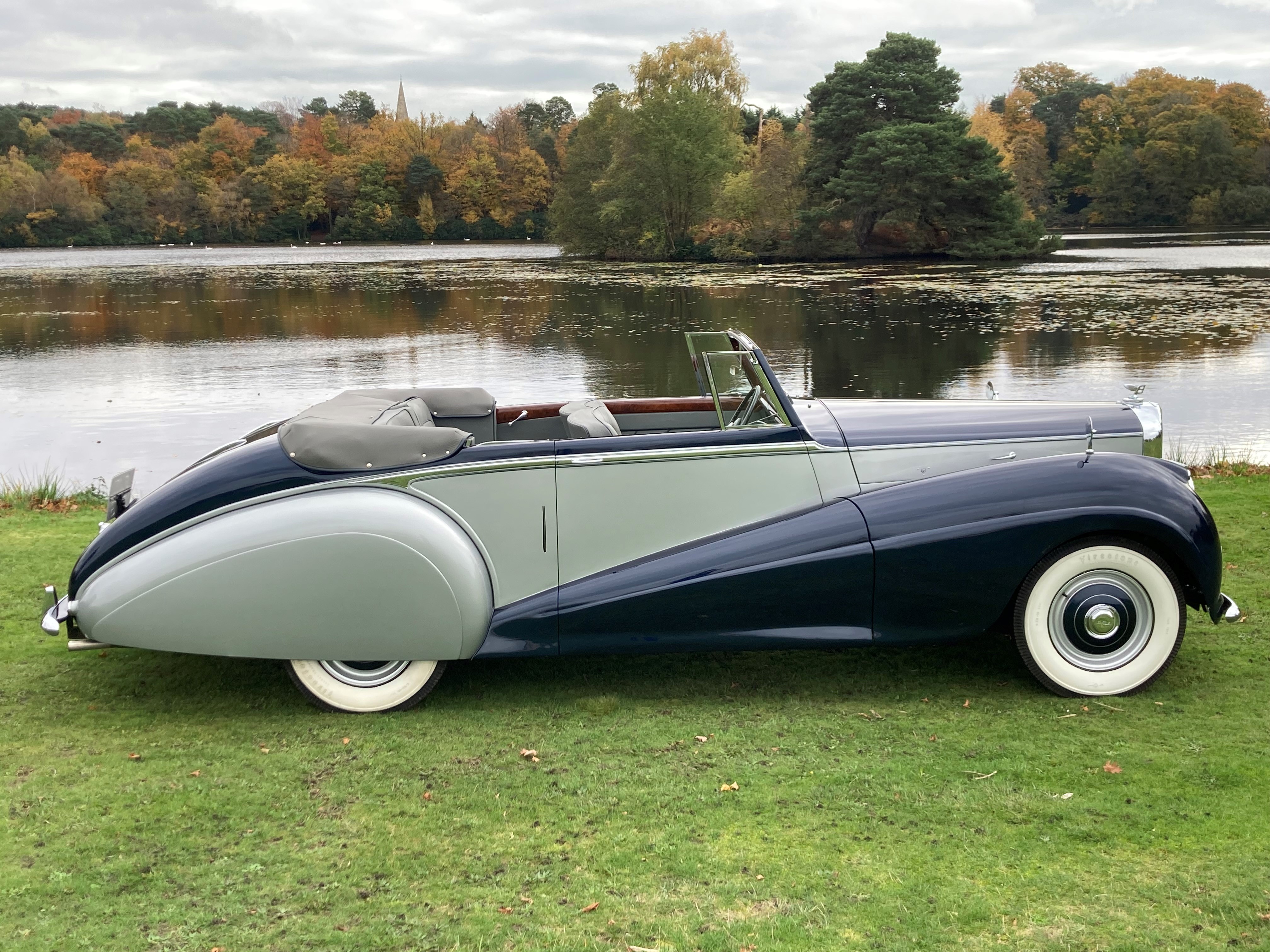 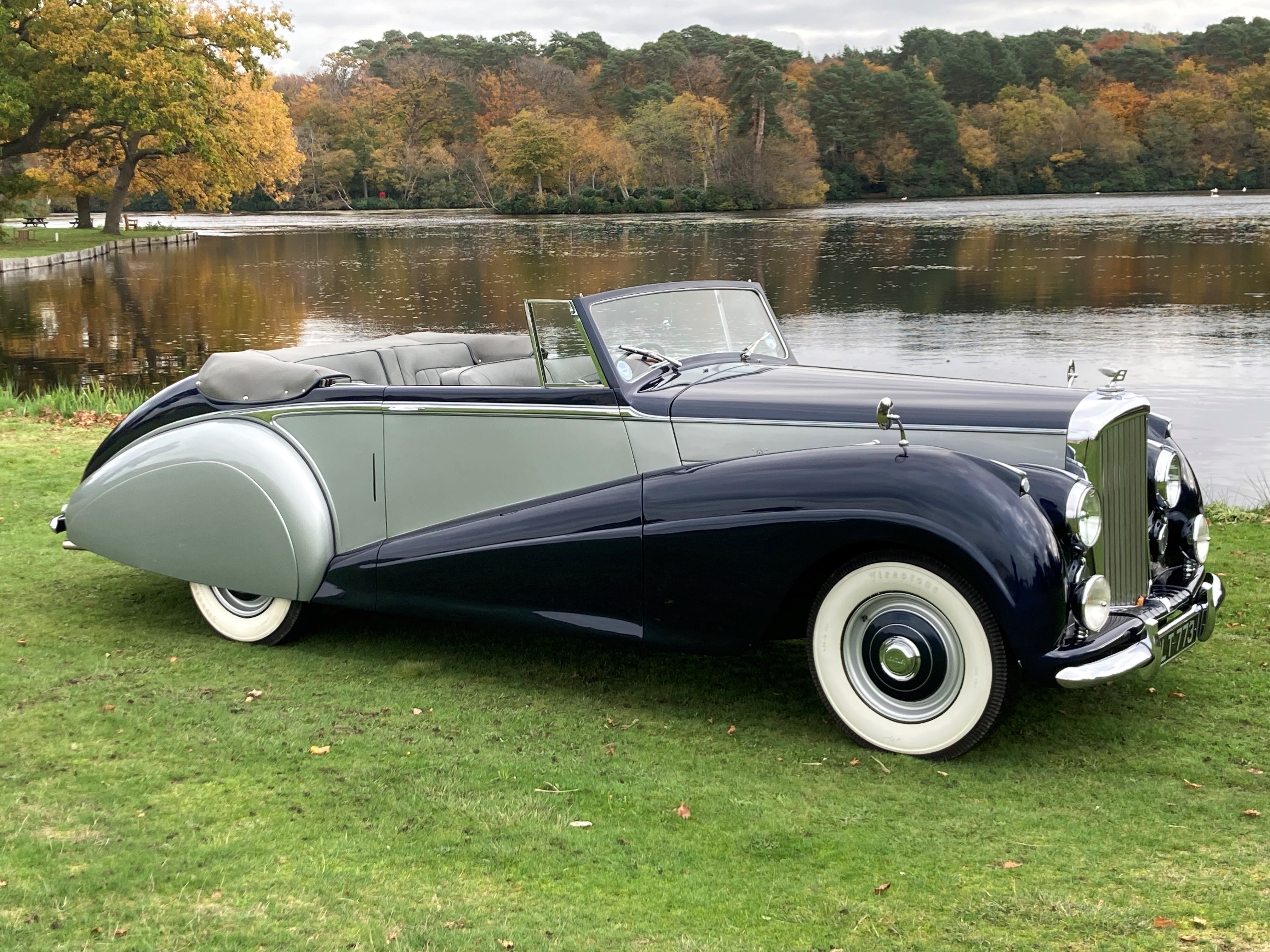 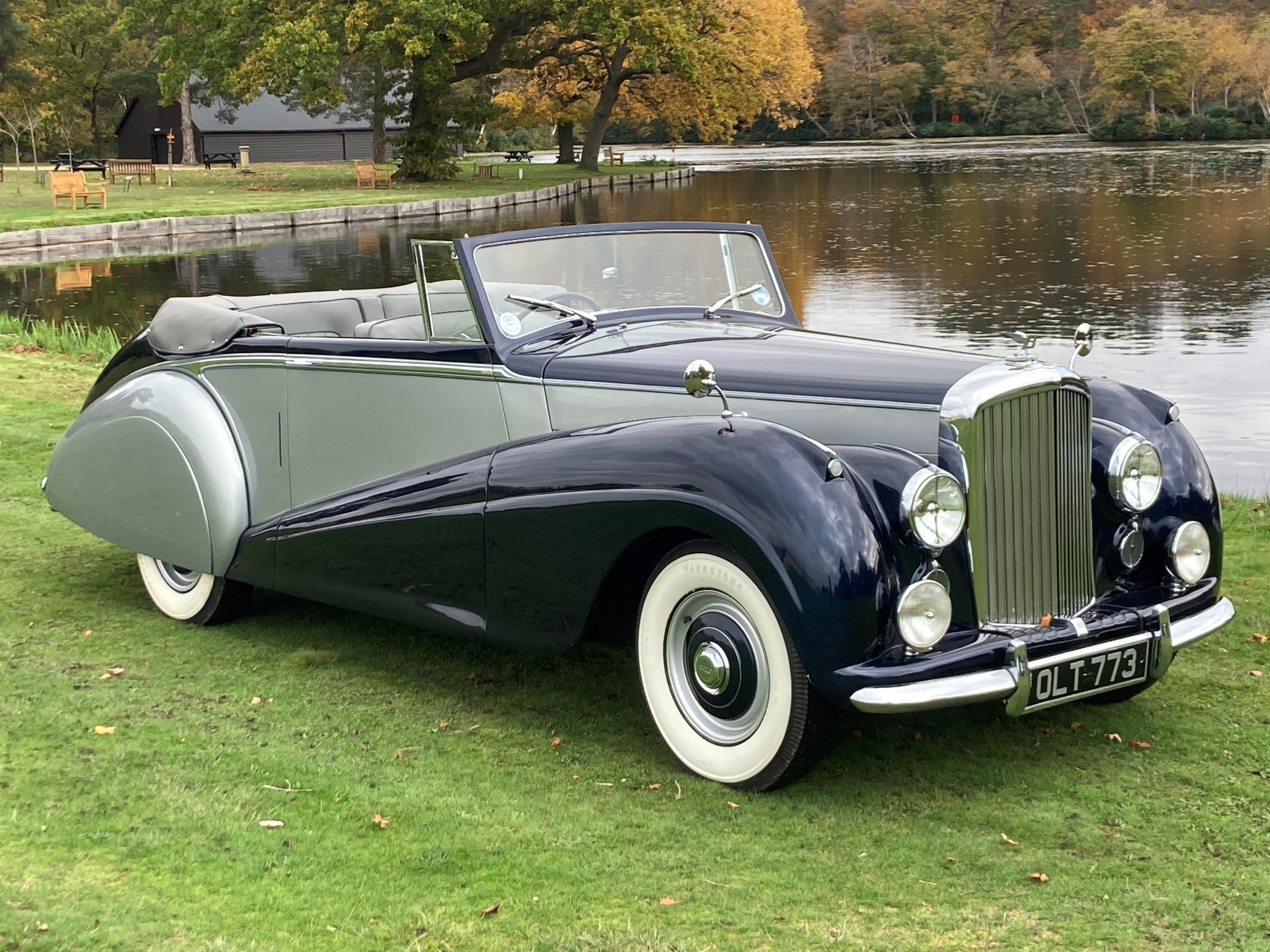 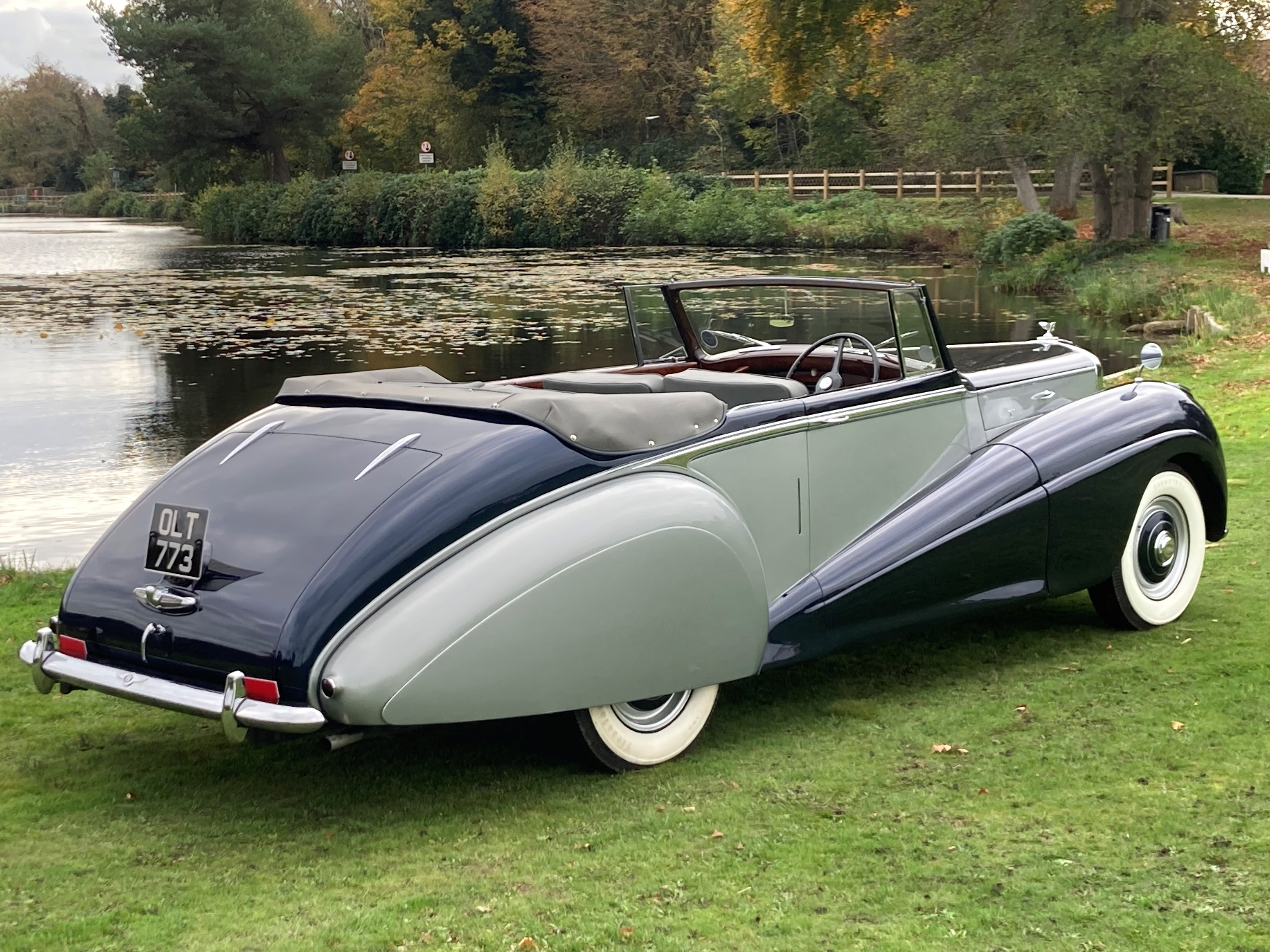 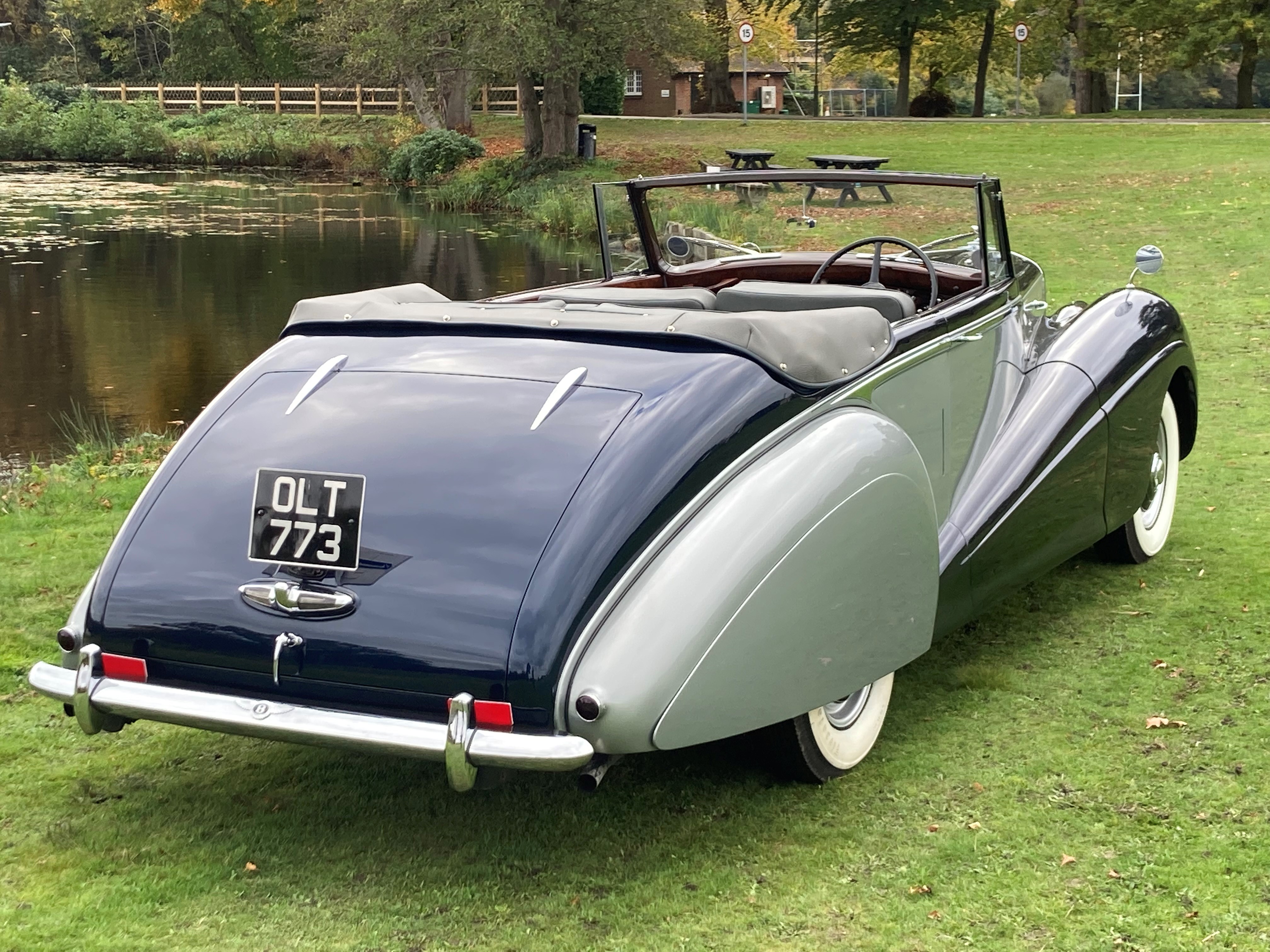 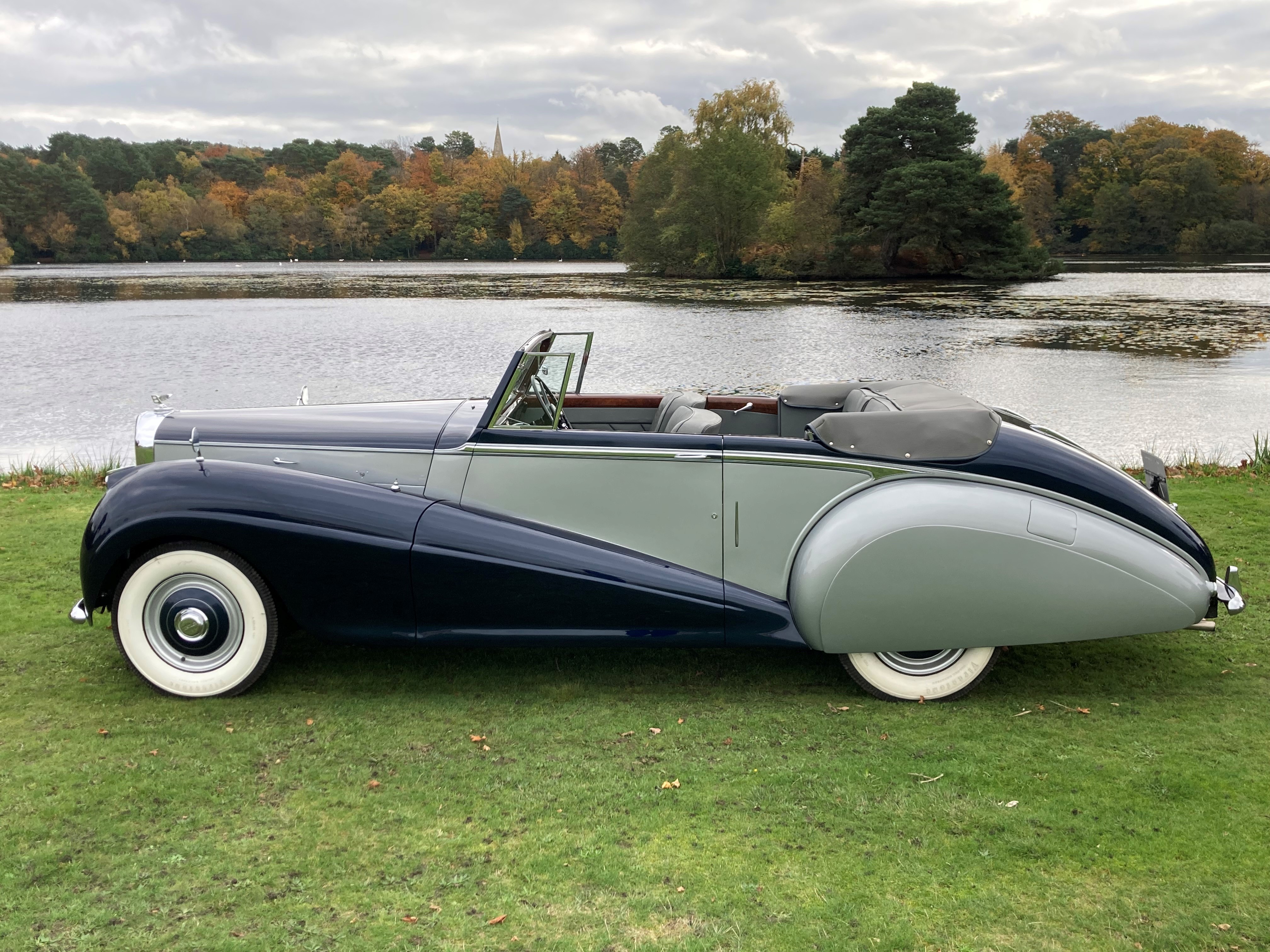 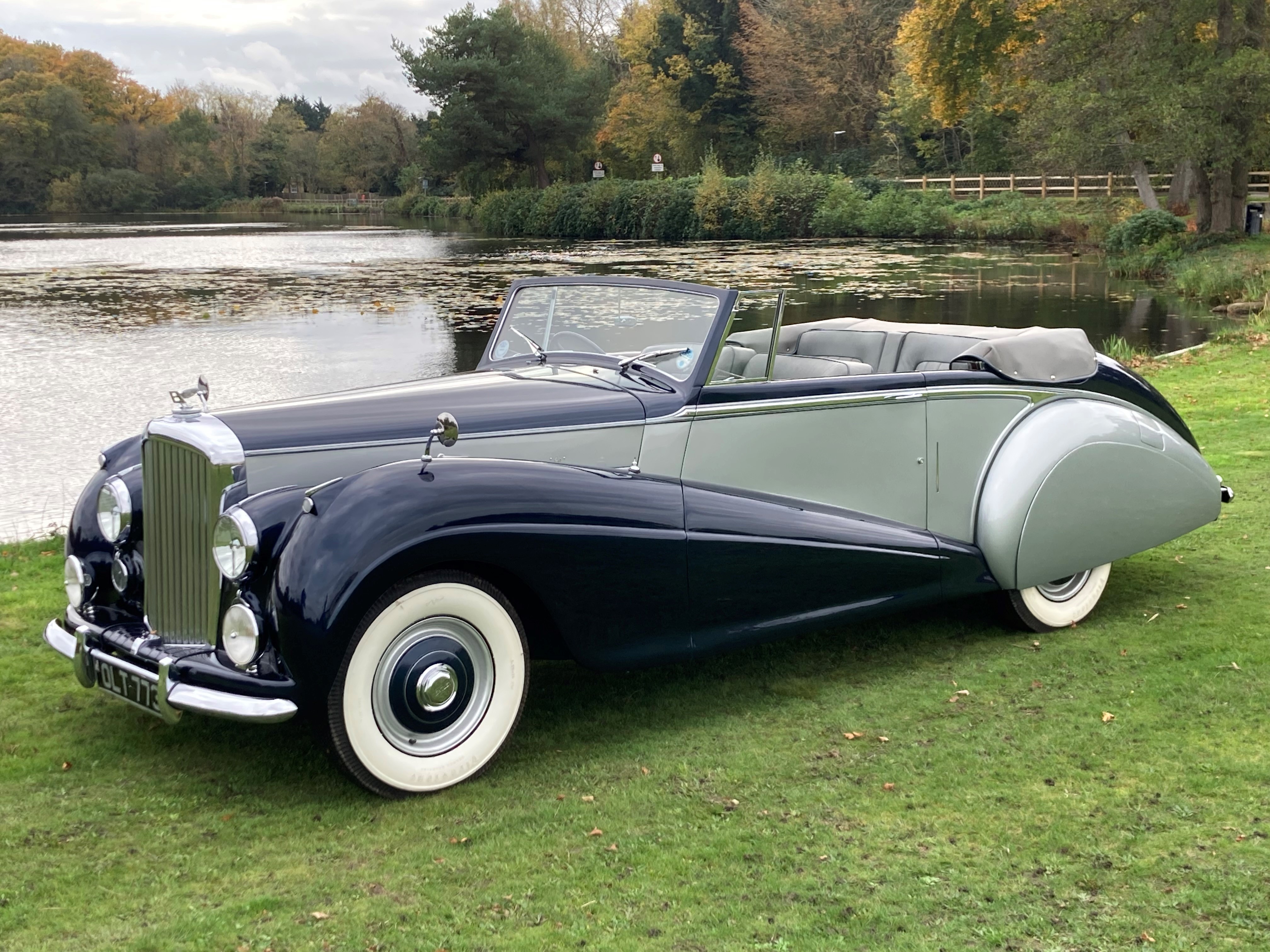 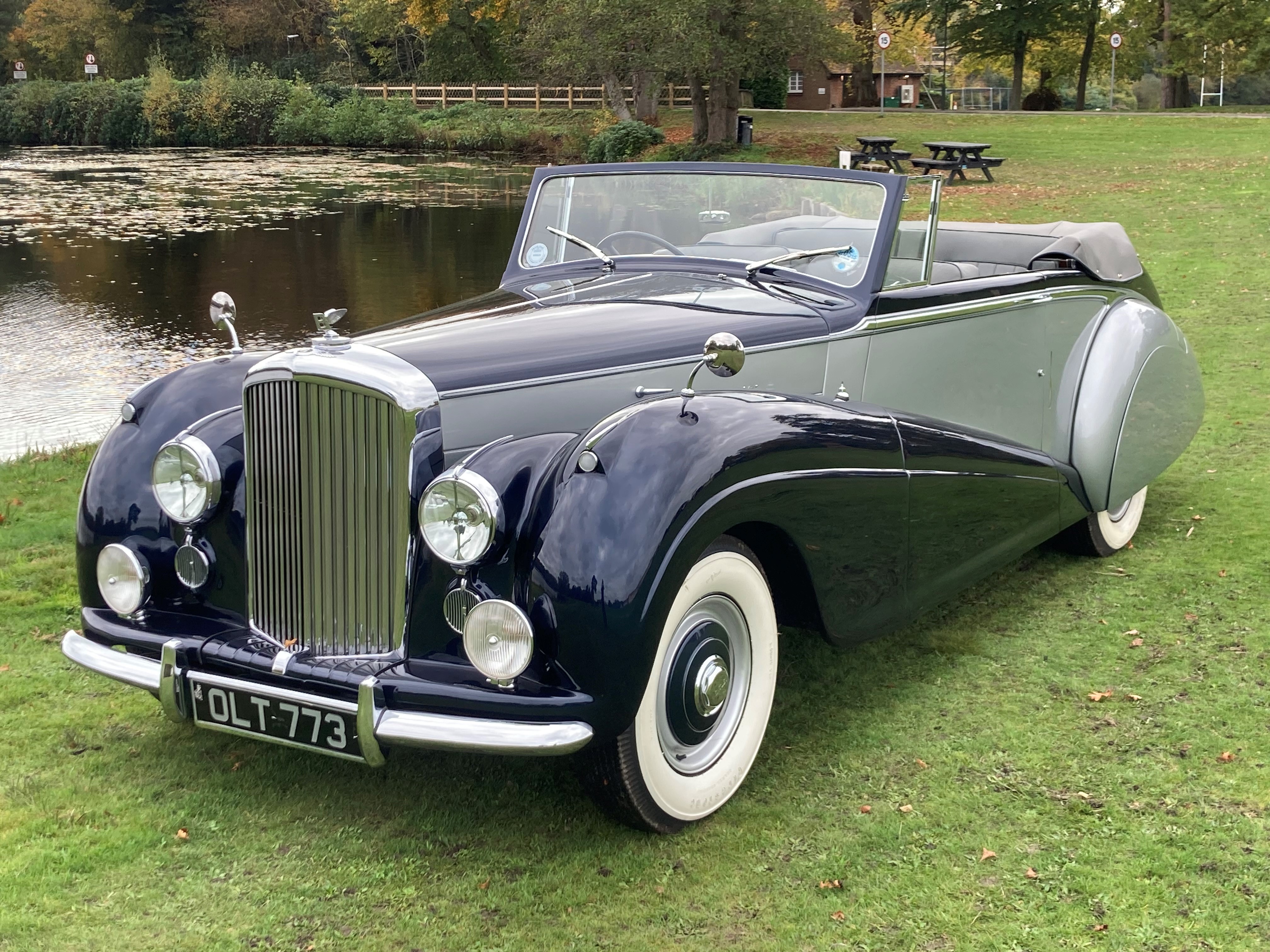 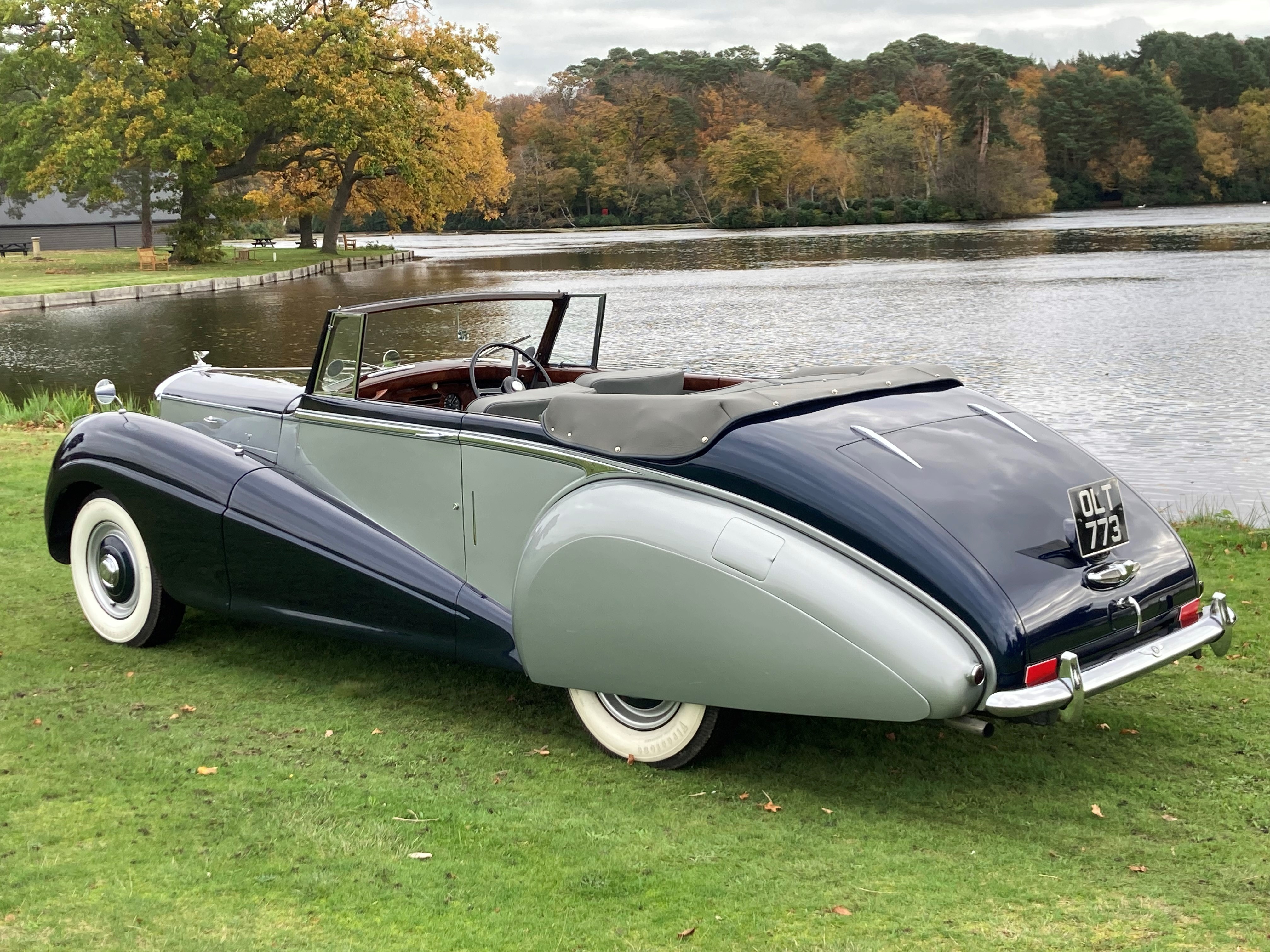 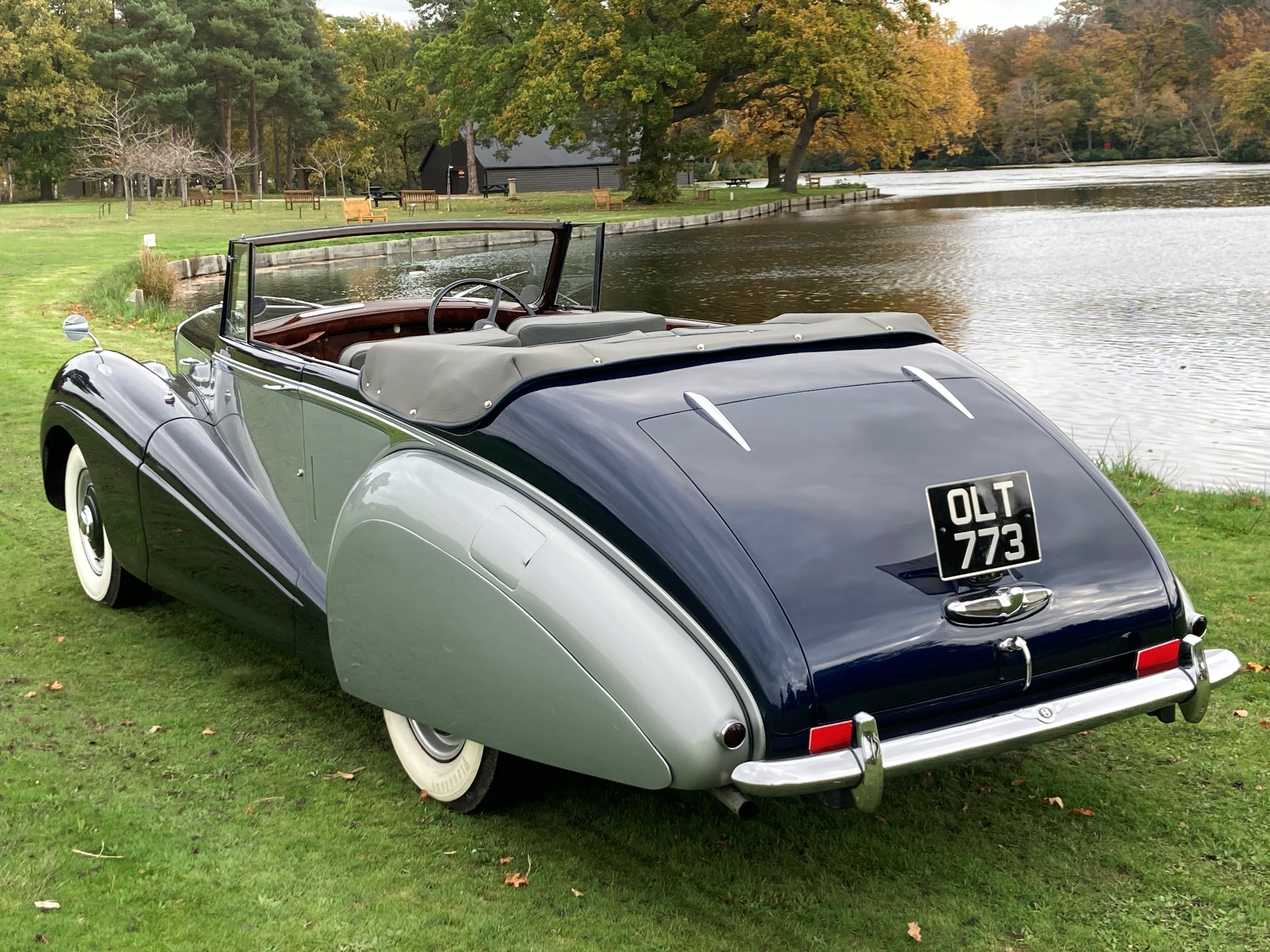 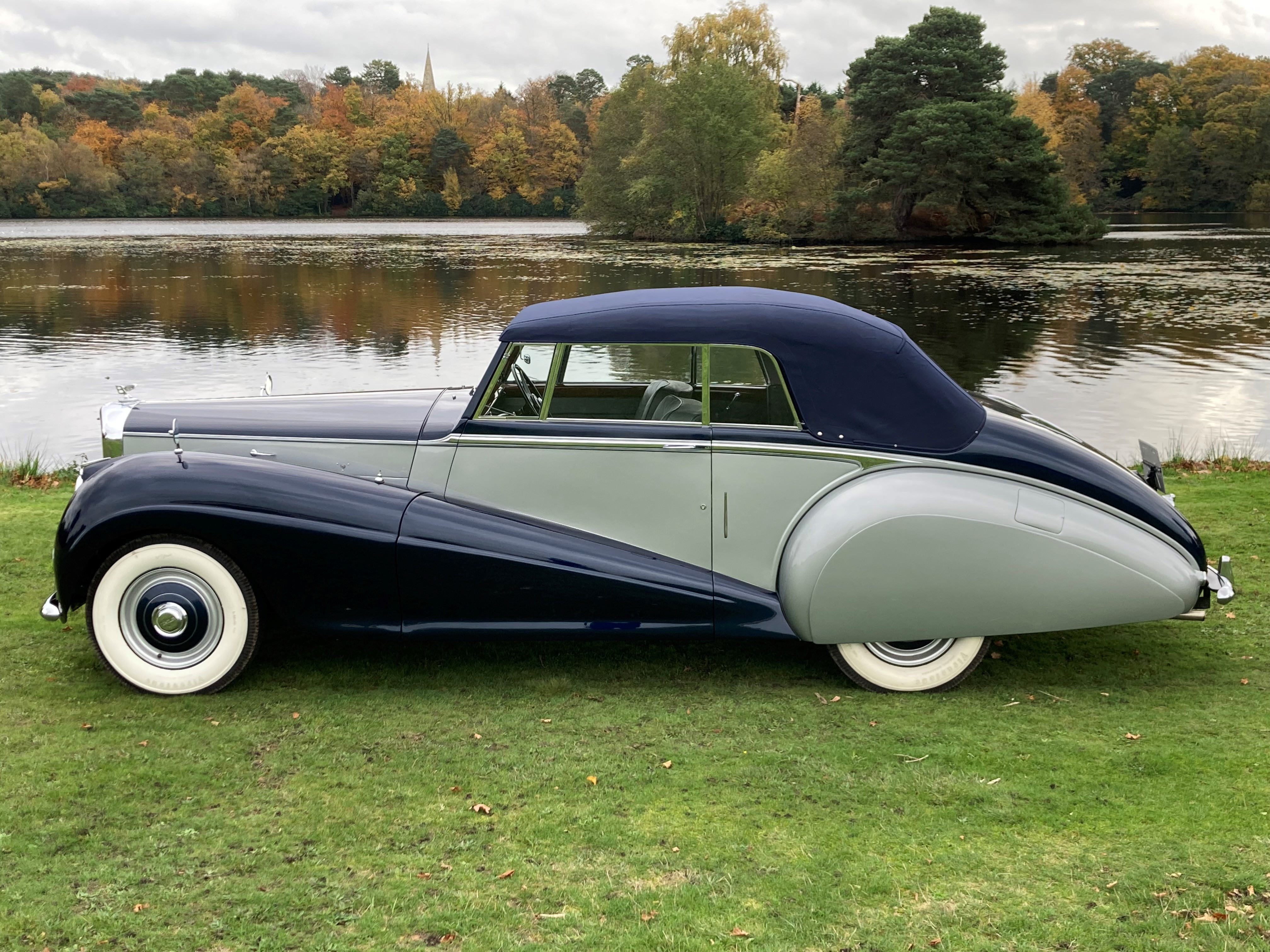 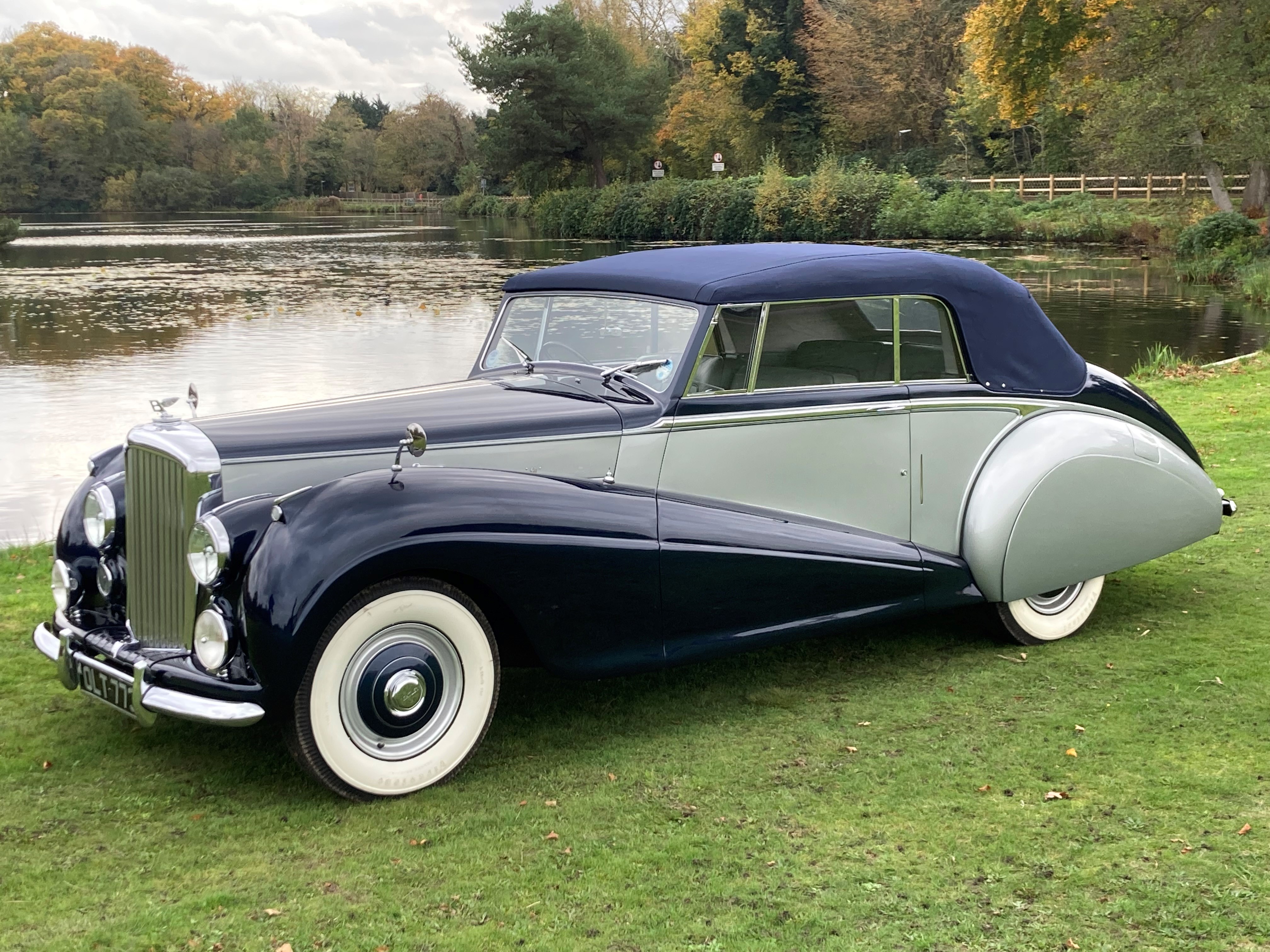 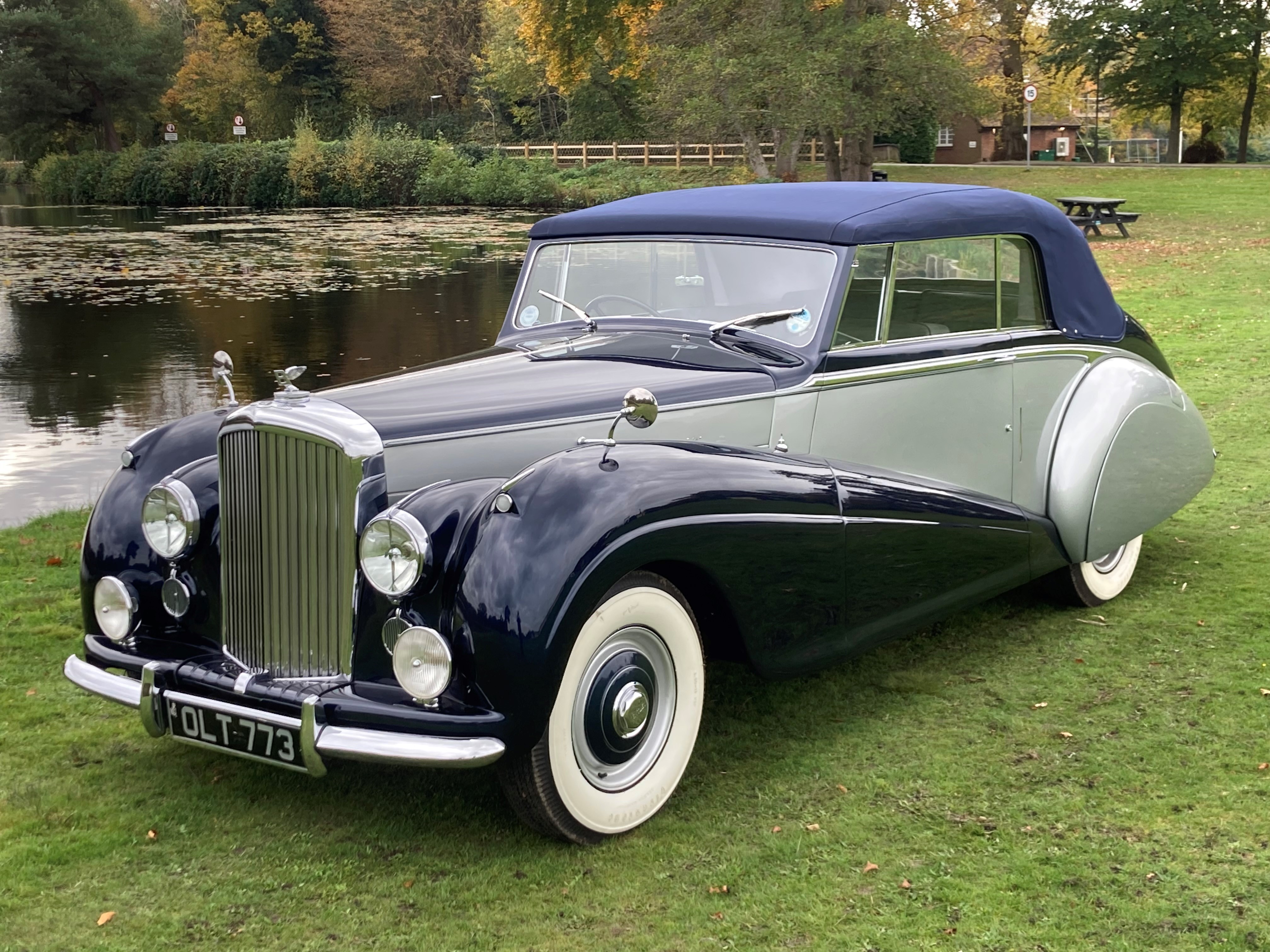 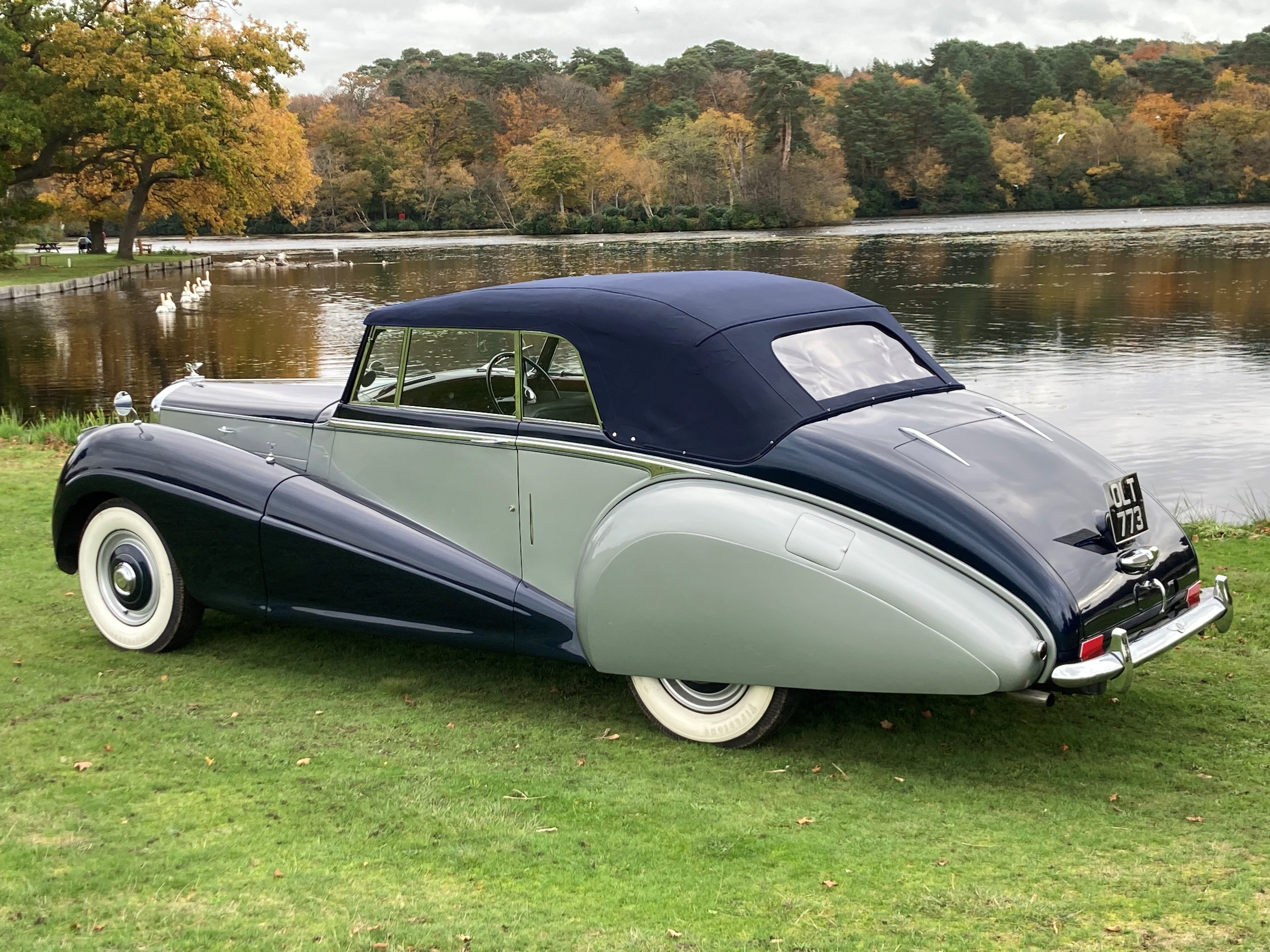 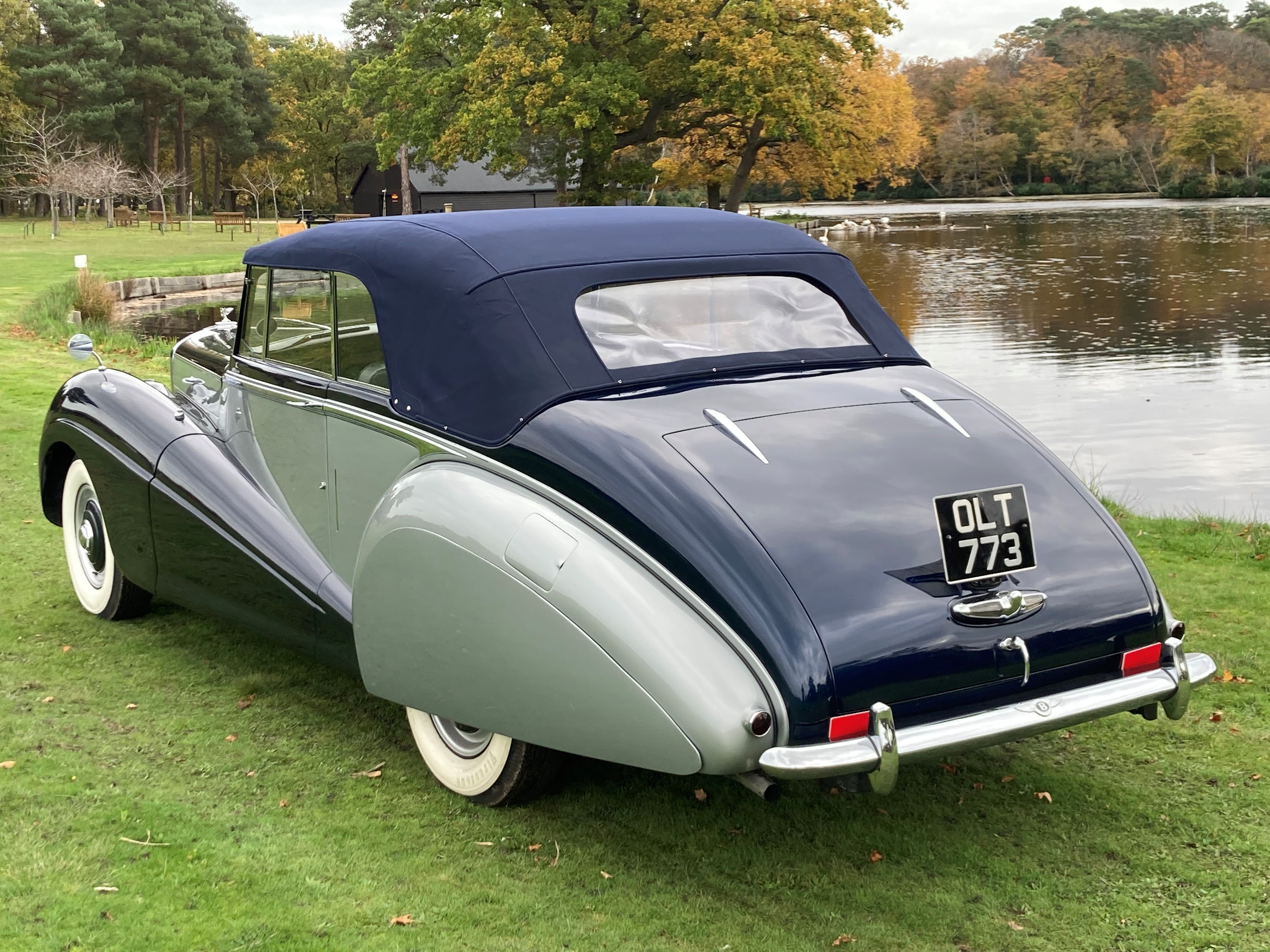 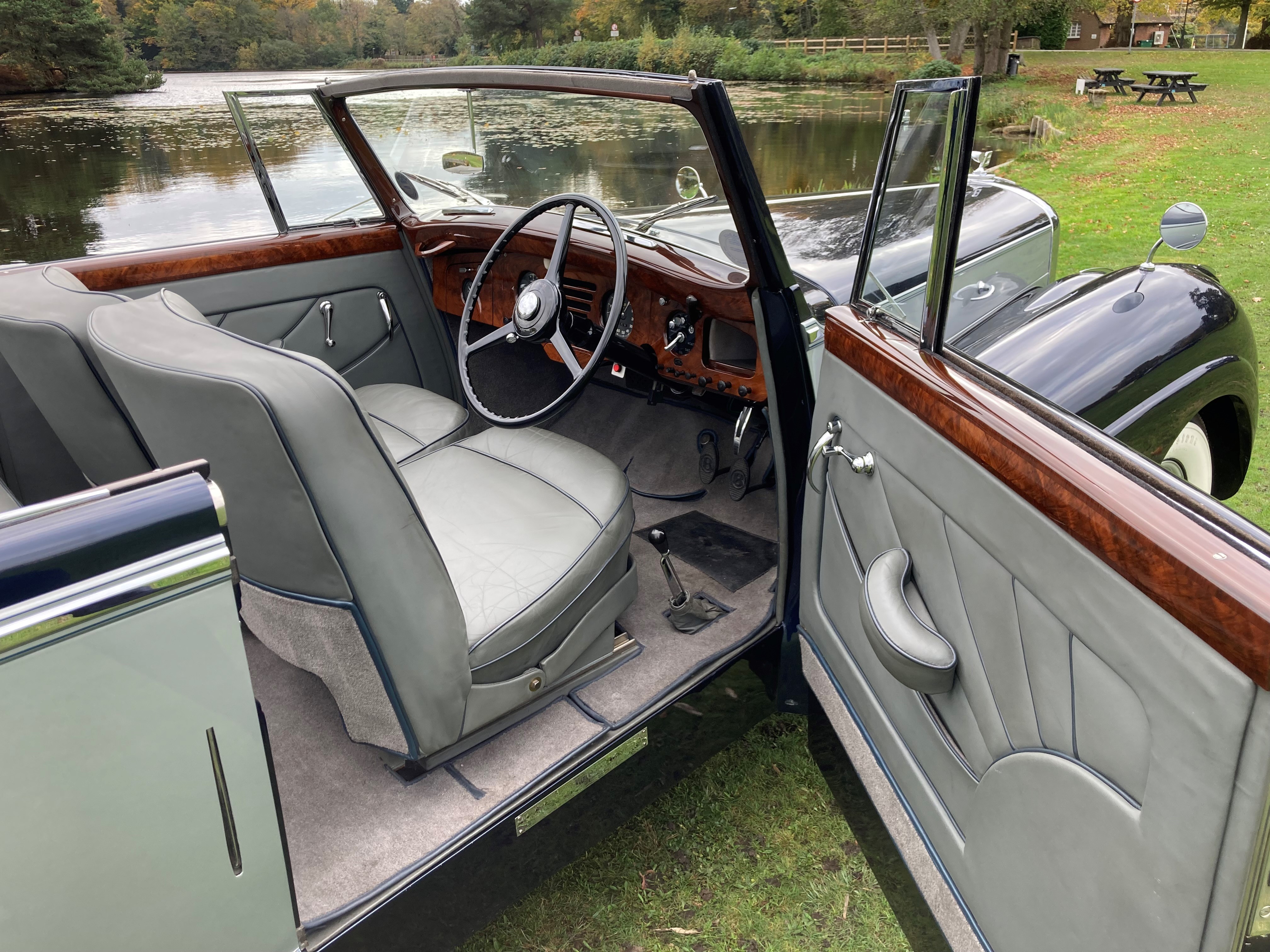 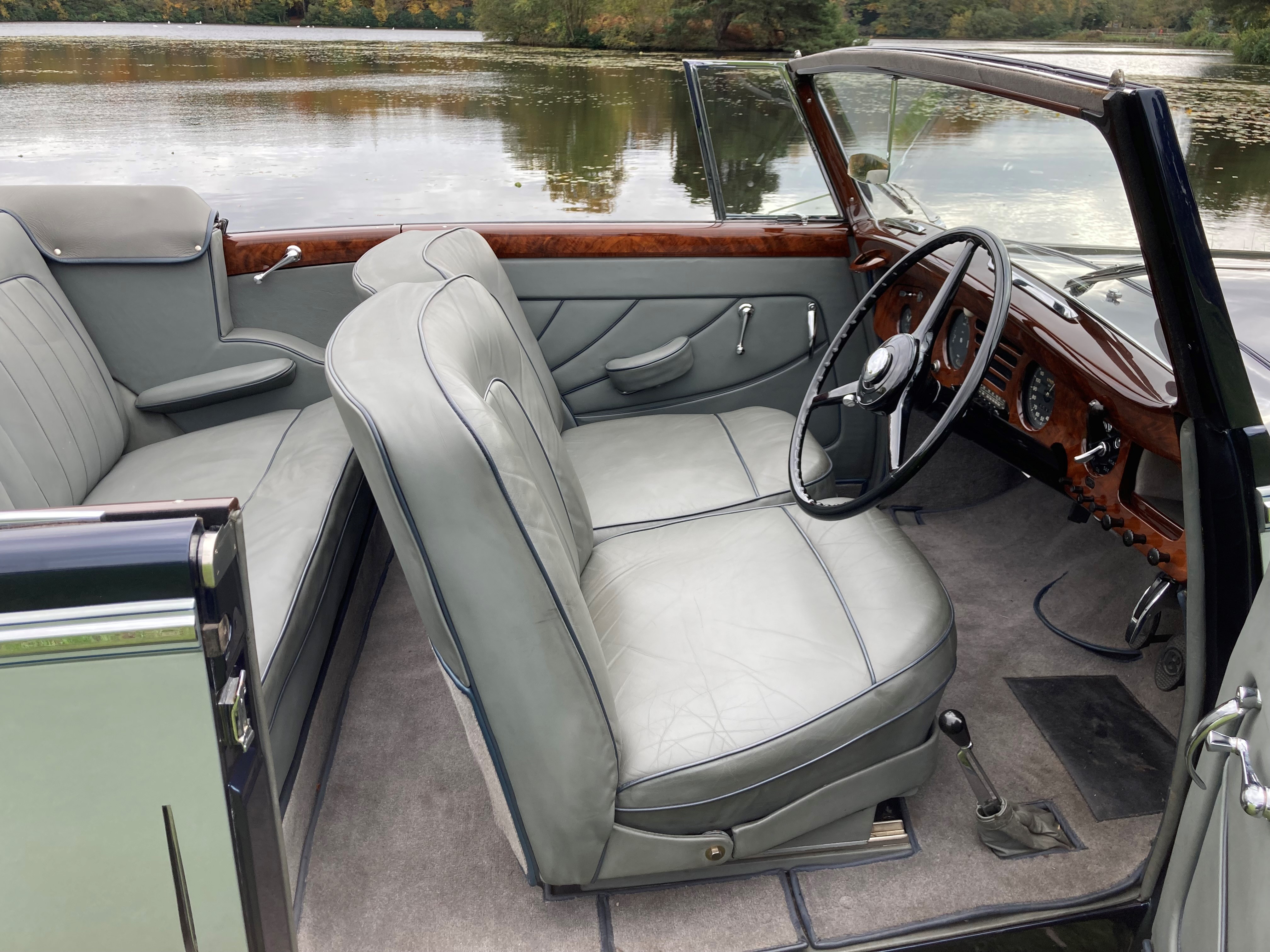 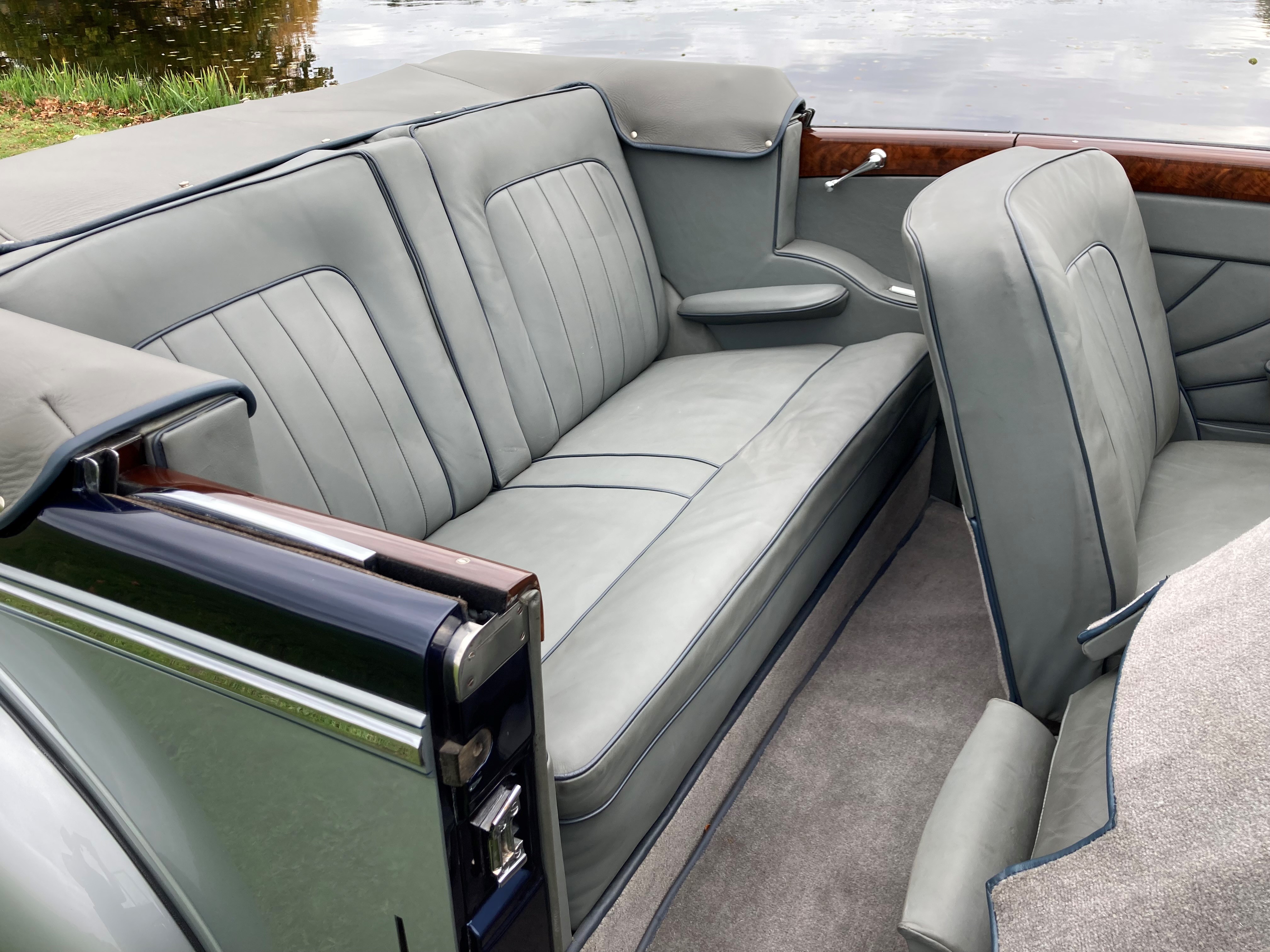 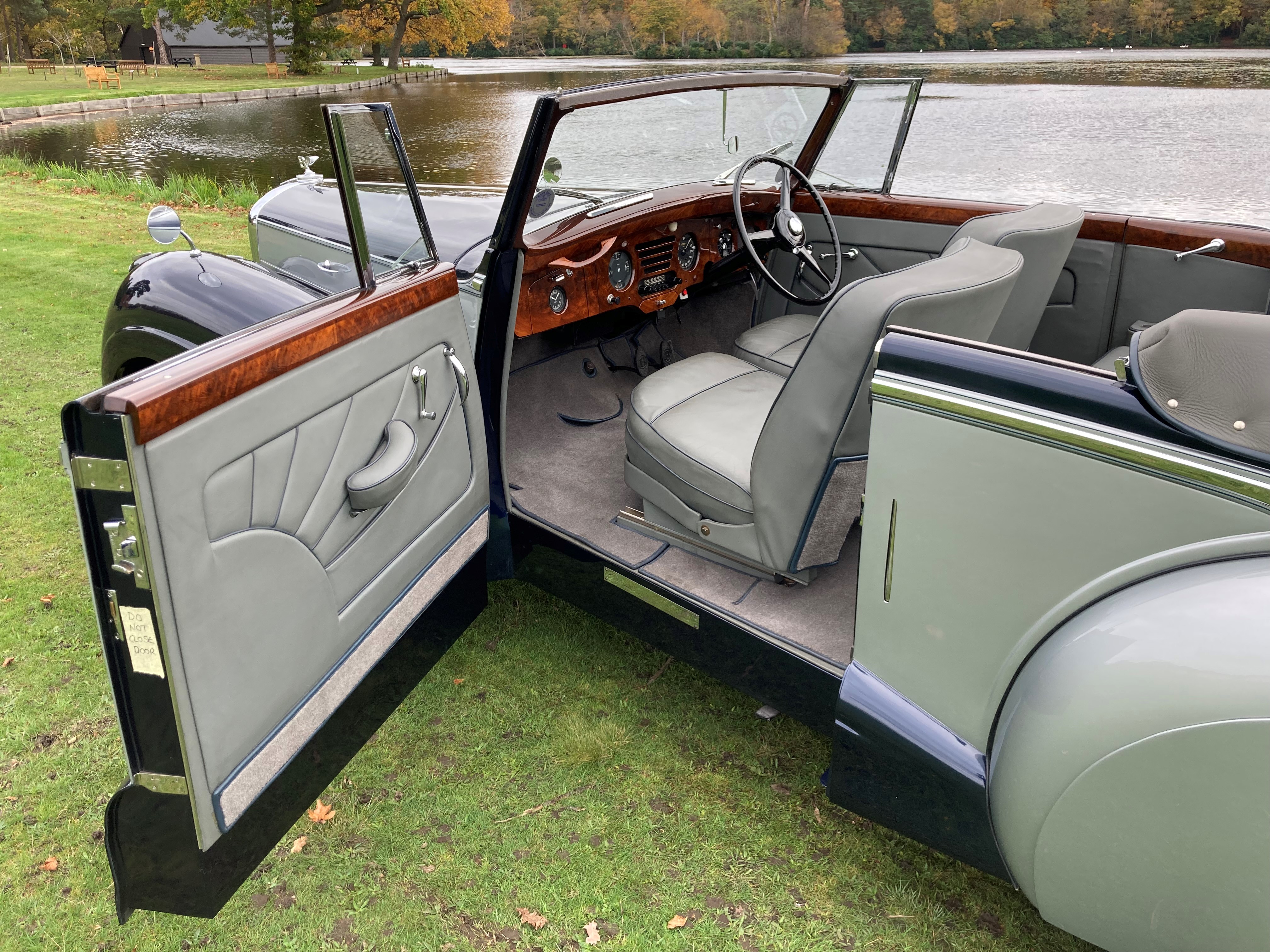 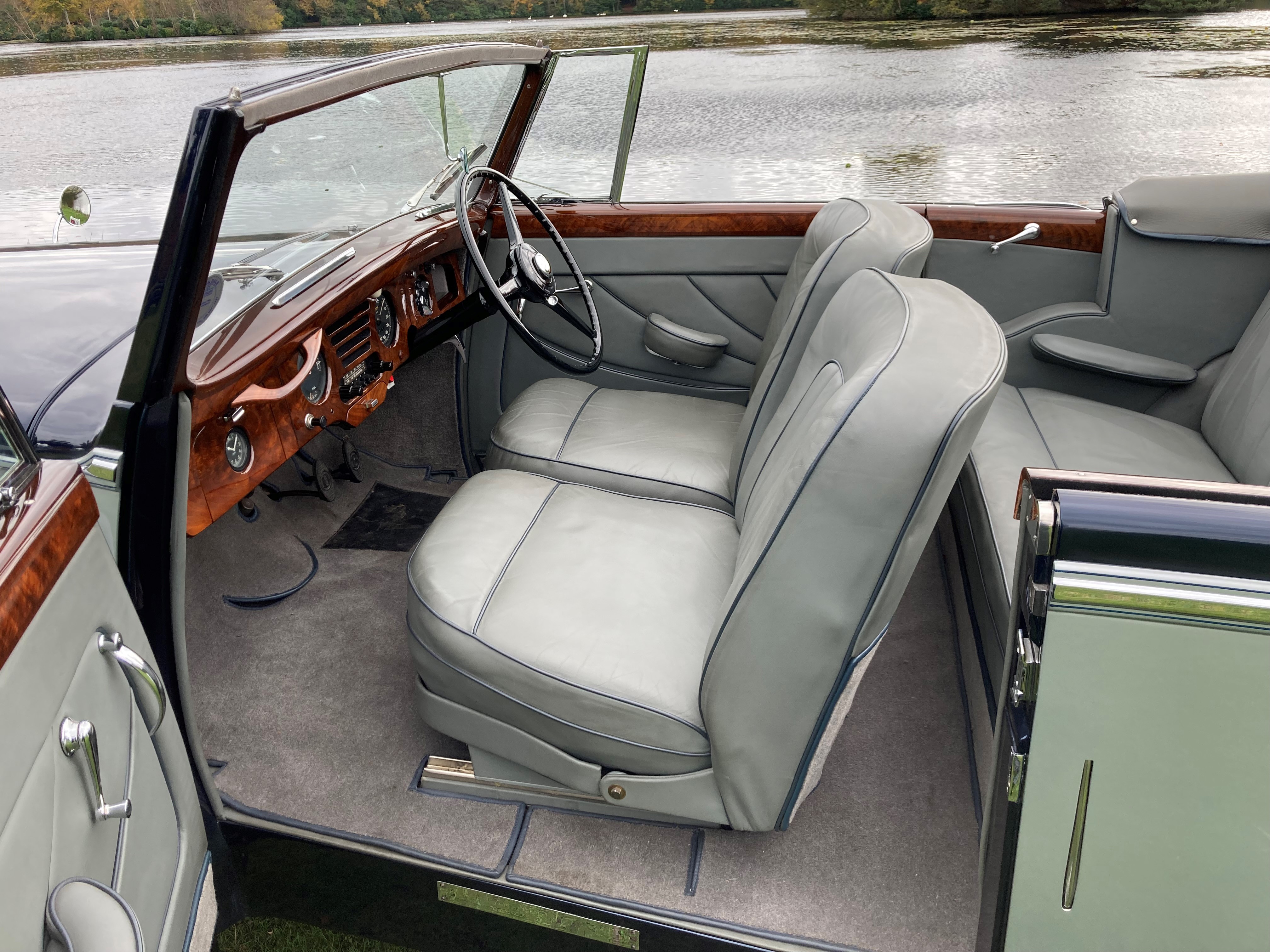 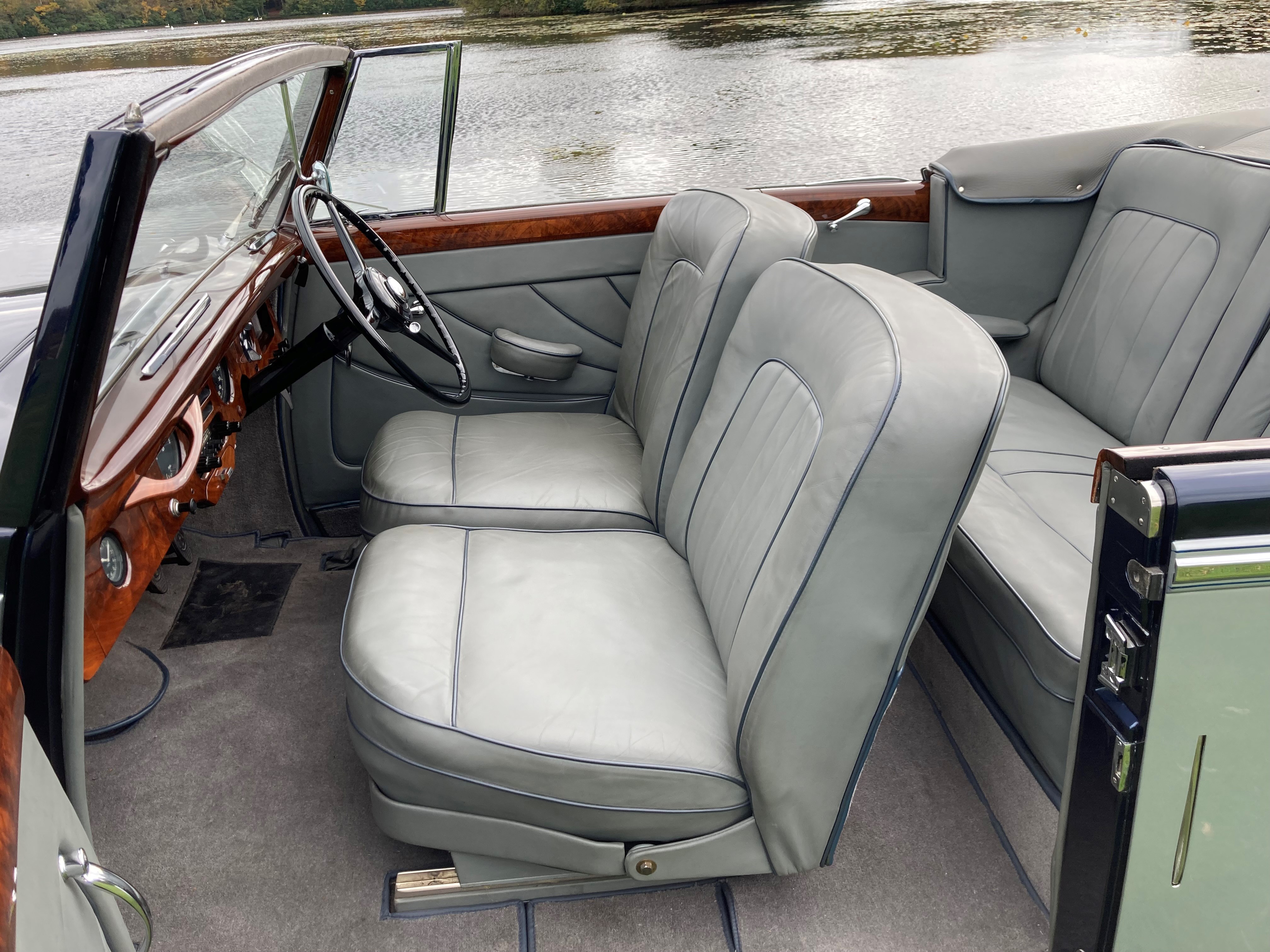 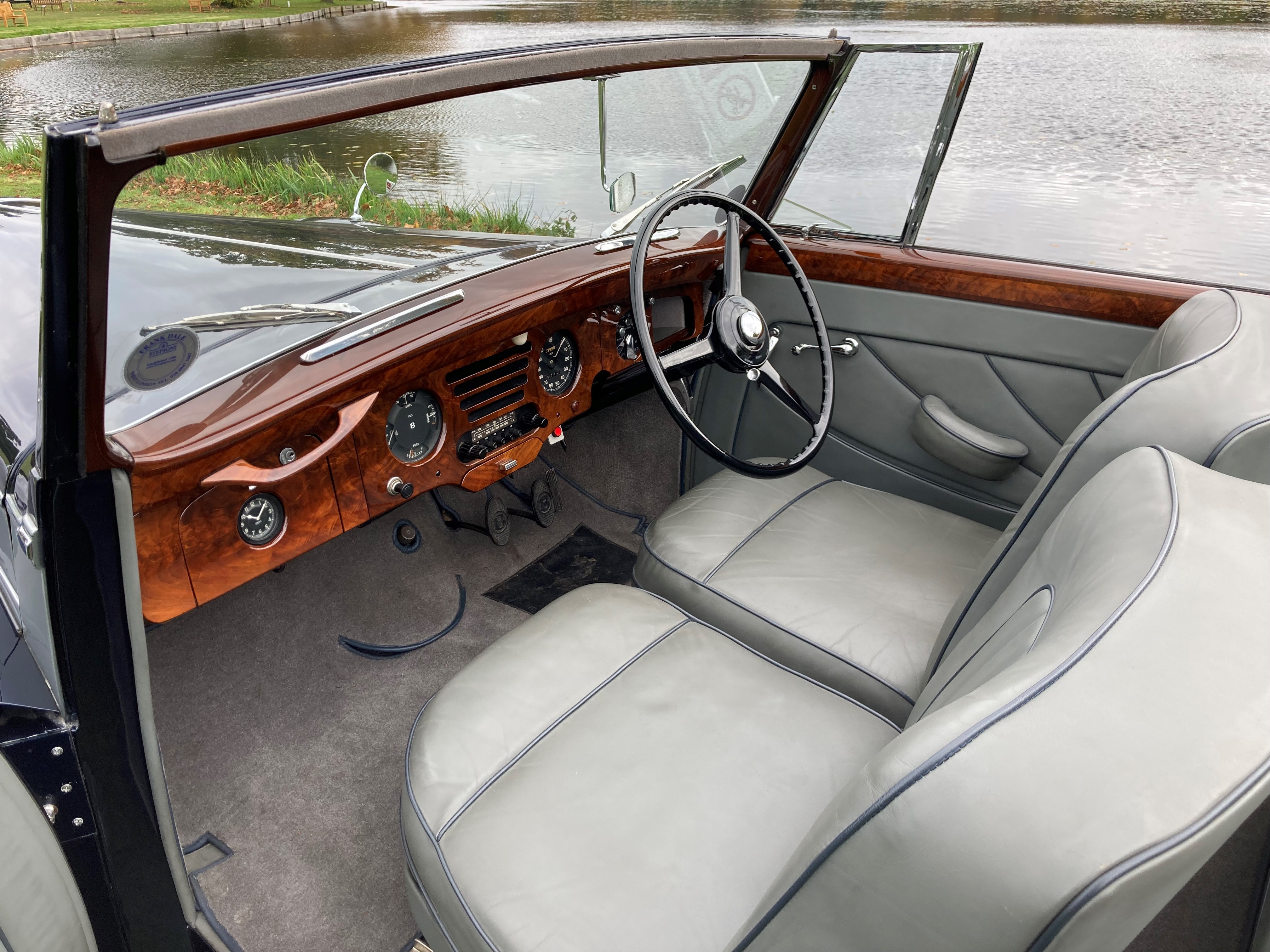 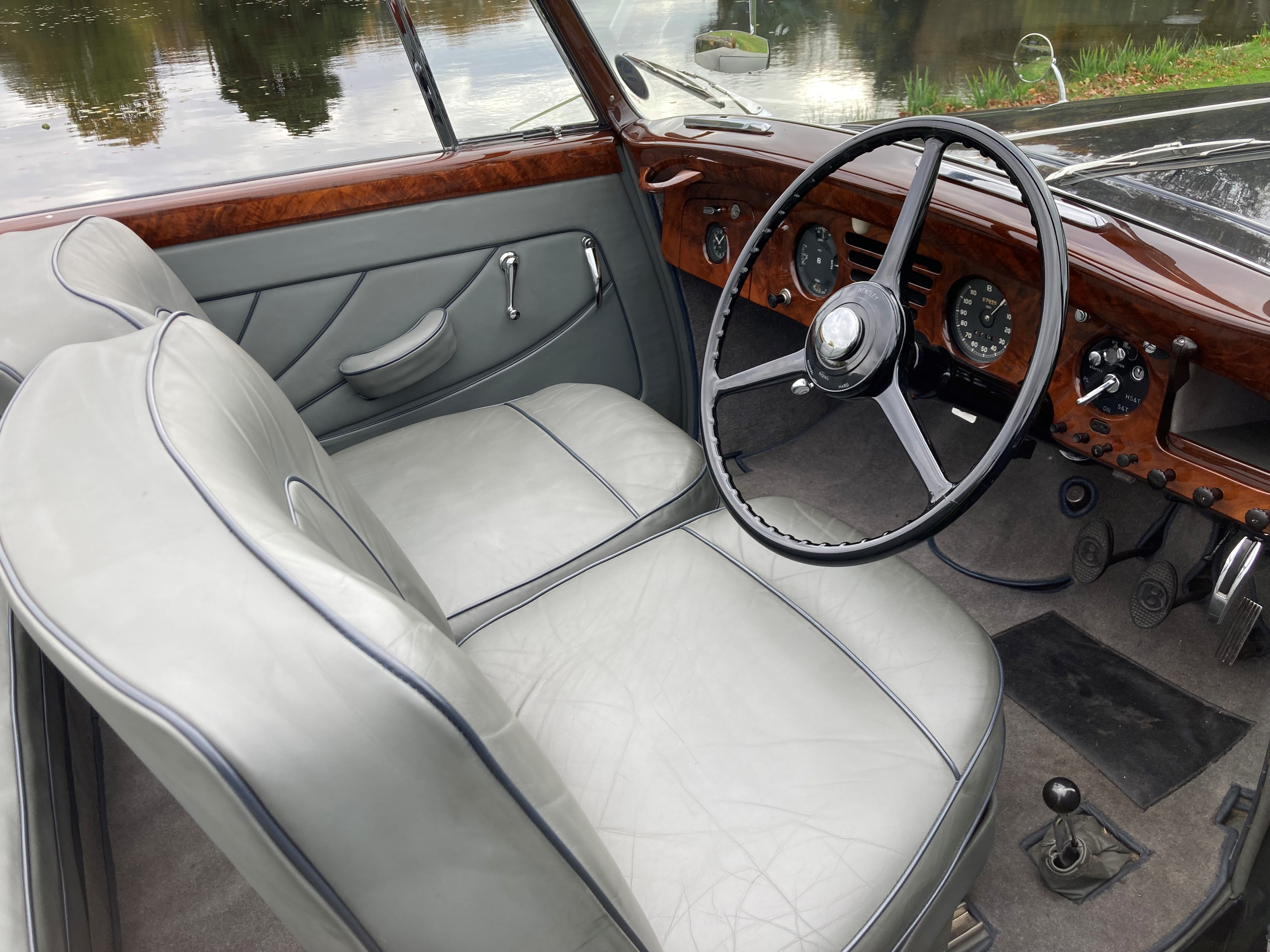 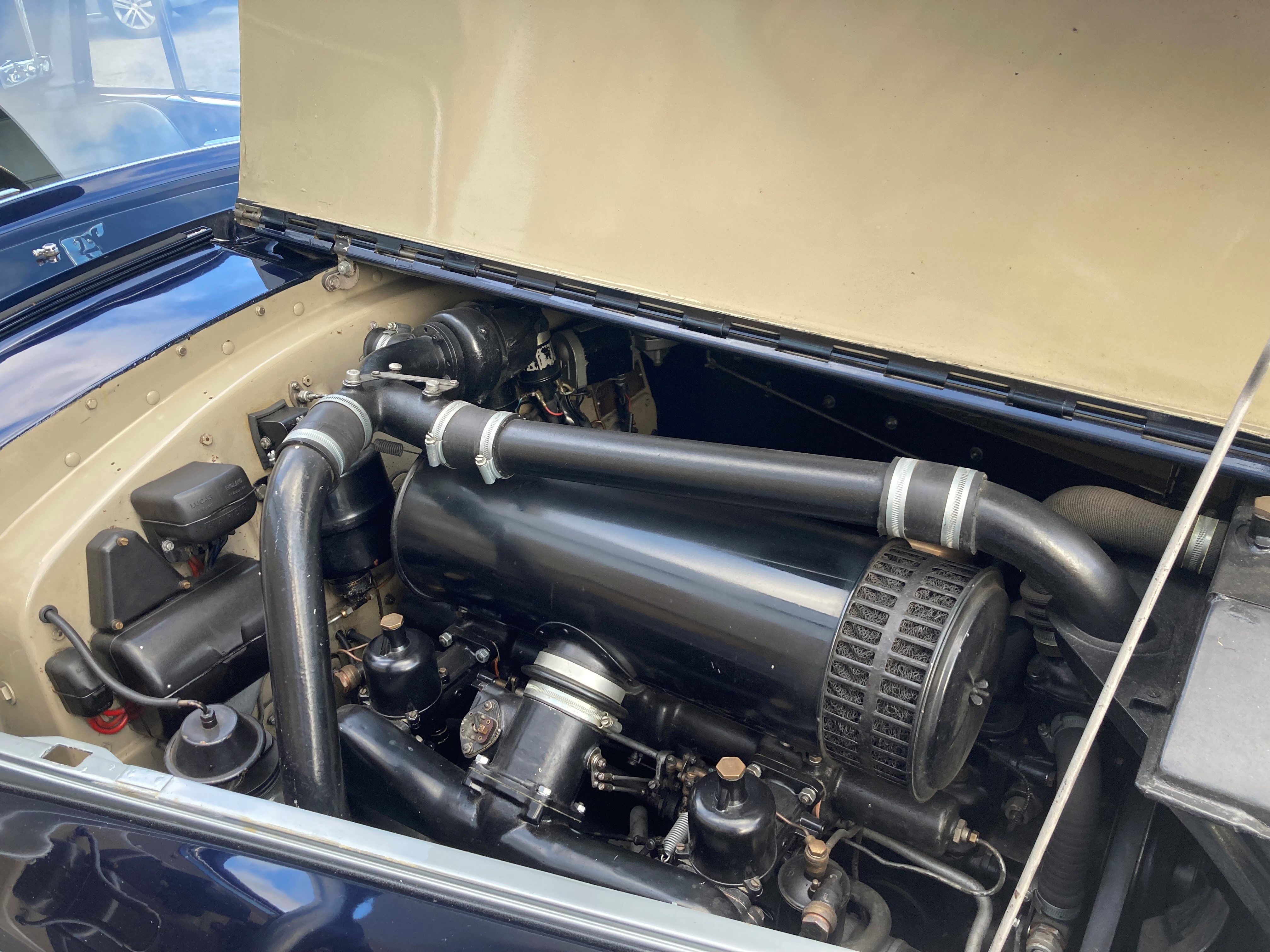 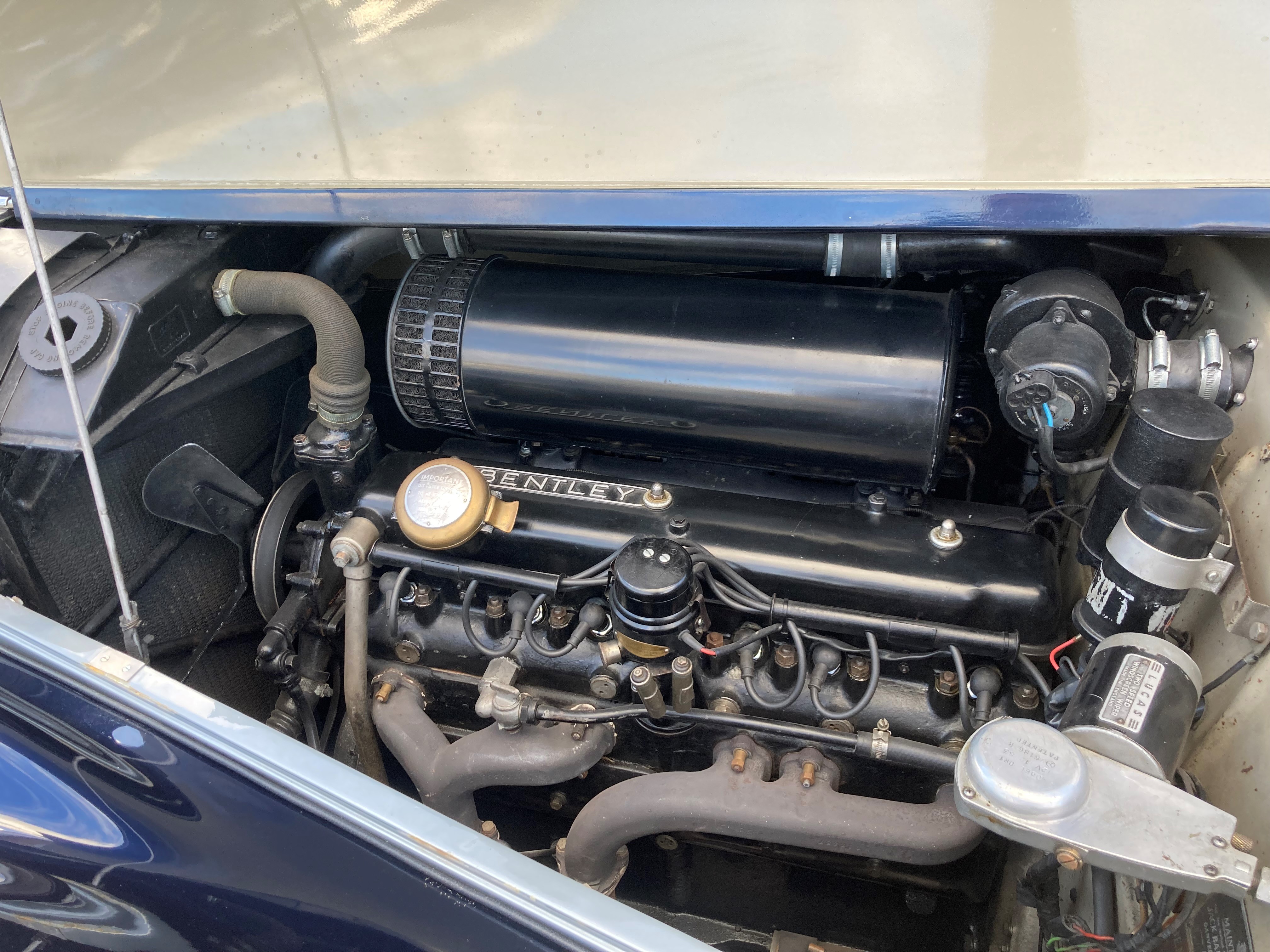 Bentley Motors made a complete departure from their former policy by announcing in 1946 an entirely new model which was factory built throughout. The Bentley Mk VI fitted with their design of “standard” all steel bodywork was built at Crewe and the basic shape was adapted slightly in 1952 with the introduction of the Bentley R Type. The new model was almost identical to the Mk VI up to the rear doors; however the boot was enlarged giving greater luggage capacity and arguably a more attractive and balanced overall profile. Approximately two thousand standard steel R Types were produced between 1952 and 1955 with a further three hundred or so cars fitted with various styles of coachbuilt bodies when requested.

Chassis No B346SR which we are currently offering for sale was completed in March of 1954, fitted with a drophead coupe body by Park Ward, built to the order of the original owner Lt Colonel Gordon Bryson Kynoch who resided in northeast Scotland. It was constructed to Park Ward Design No 99 and is one of just eighteen cars completed in this style in right hand drive on the R Type chassis, a further seven cars were produced in left hand drive. Following Lt Colonel Kynochïs ownership B346SR found its way to the United States, living in the New York area.

During its time in New York the car benefited from several improvements including a re-trim in grey leather piped blue, a new mohair hood in dark blue, woodwork restoration, chrome restoration in places, attention to the coachwork and various mechanical items. Following our purchase of B346SR and once in London around ten years ago, we conducted a thorough examination of the car and decided upon a program of works to raise the cars condition further.

The works carried out included but were not limited to a thorough mechanical review of the car including an engine overhaul, restoration of the cabin woodwork, restoration and re-painting of the coachwork, new cabin and boot carpets, a new hood and chrome plating work. The completed car was and still is one of the best looking and driving R Types available. A sum of just over £100,000 plus VAT was spent on the works which concluded in 2016. The car was then supplied by Frank Dale & Stepsons to its most recent owner who has enjoyed using it over the past five or six years.

B346SR will be an outstanding example of this very elegant and rare design by Park Ward which is also complete with its original handbook and tools.