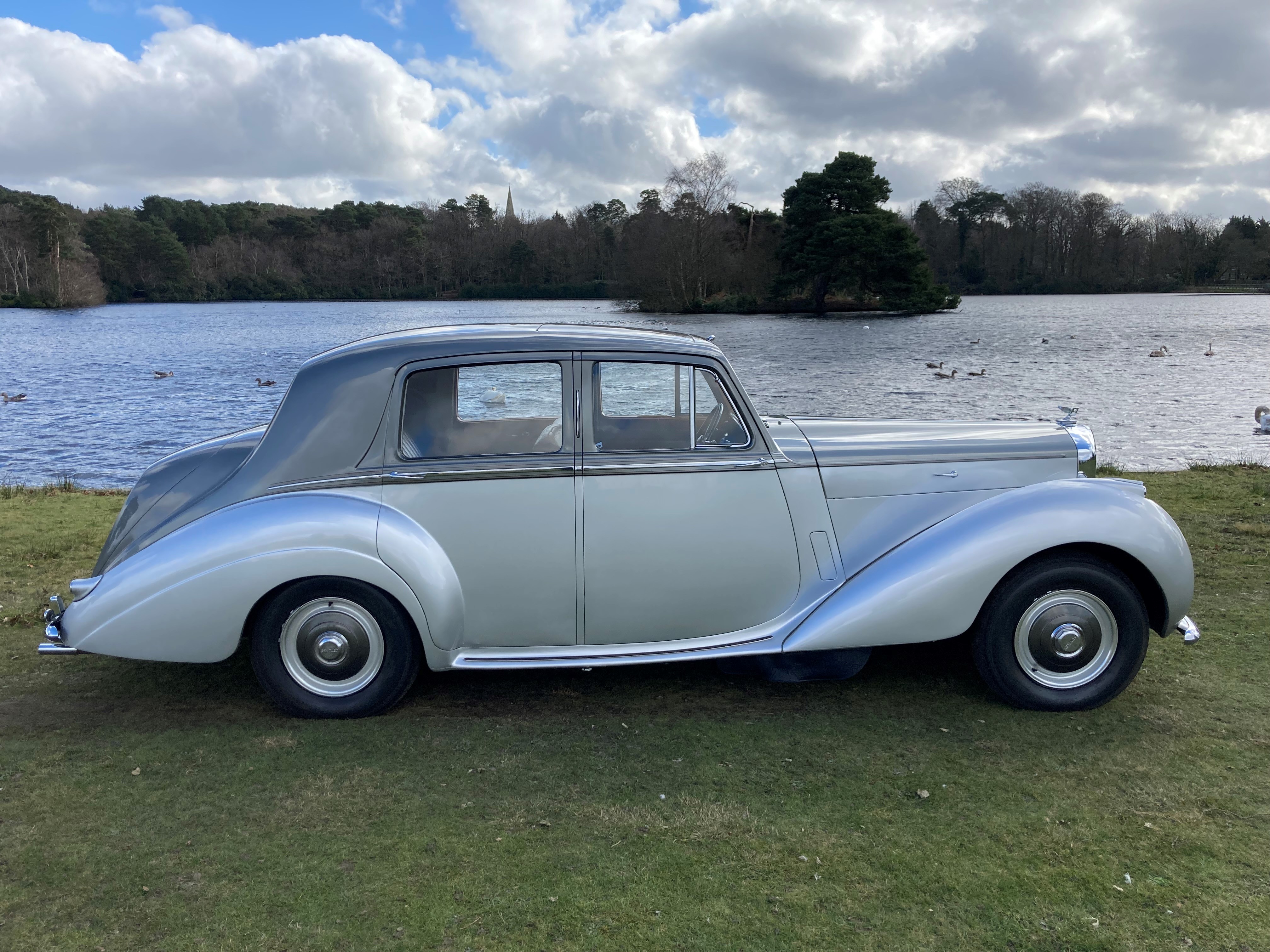 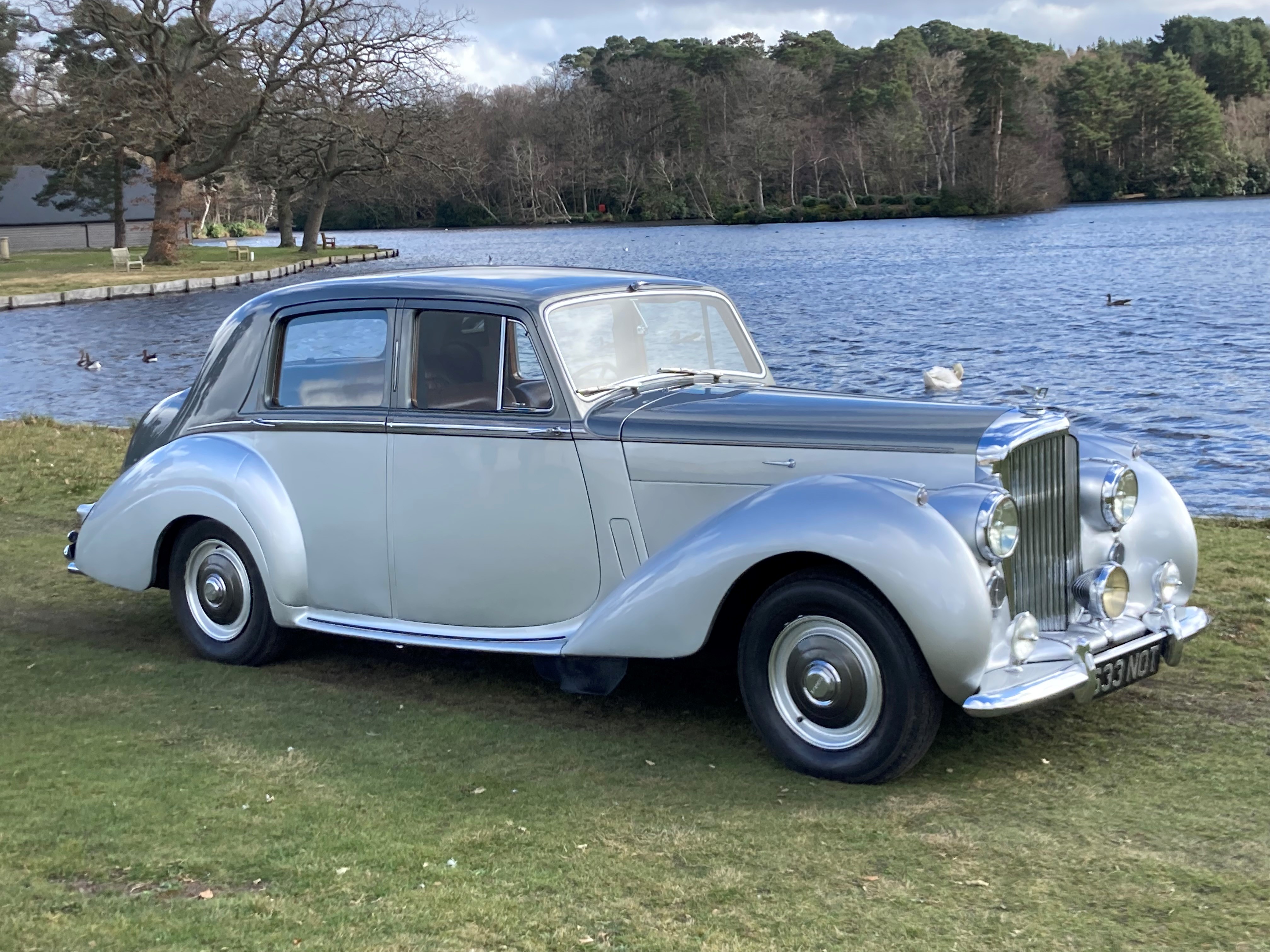 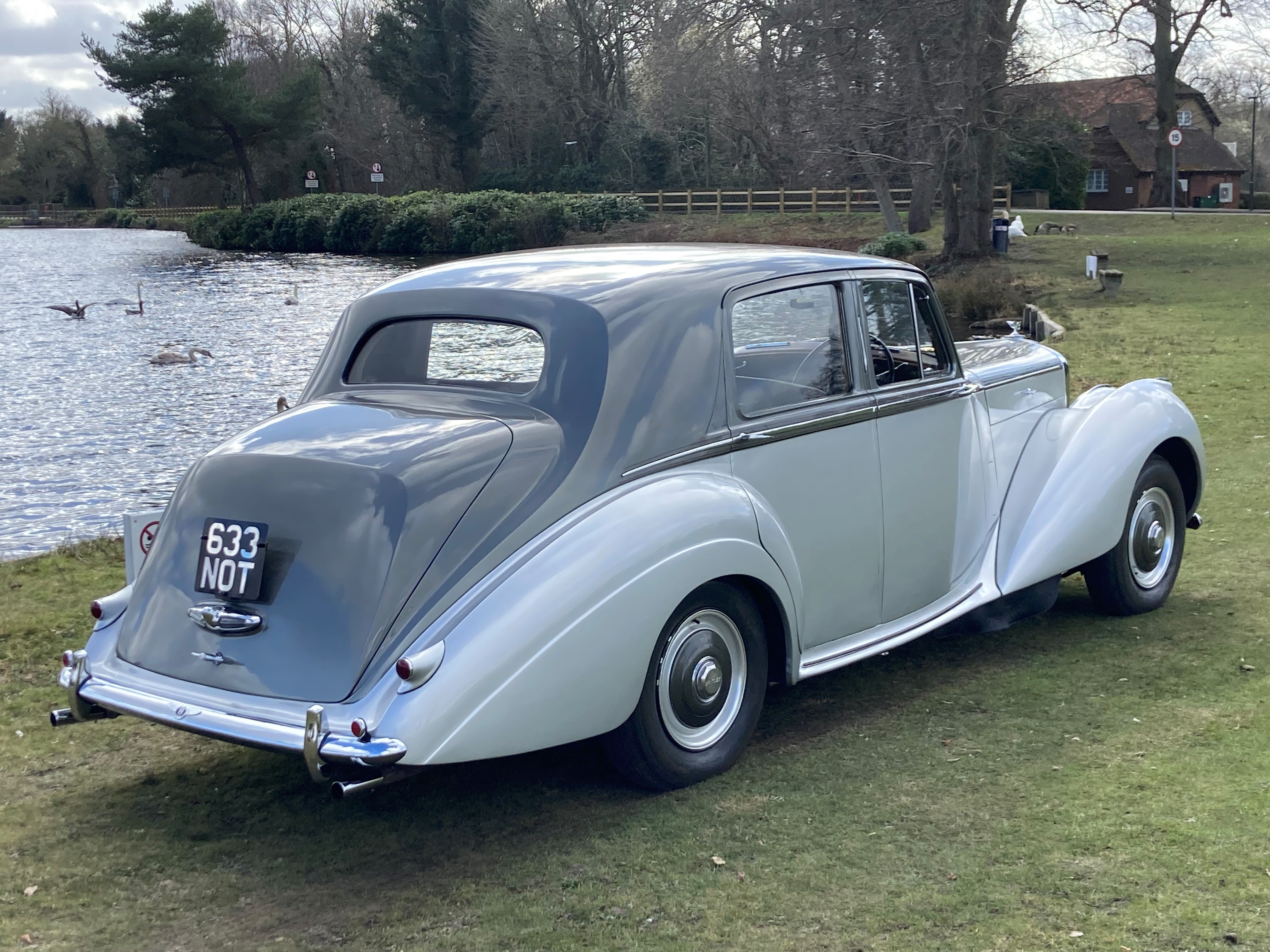 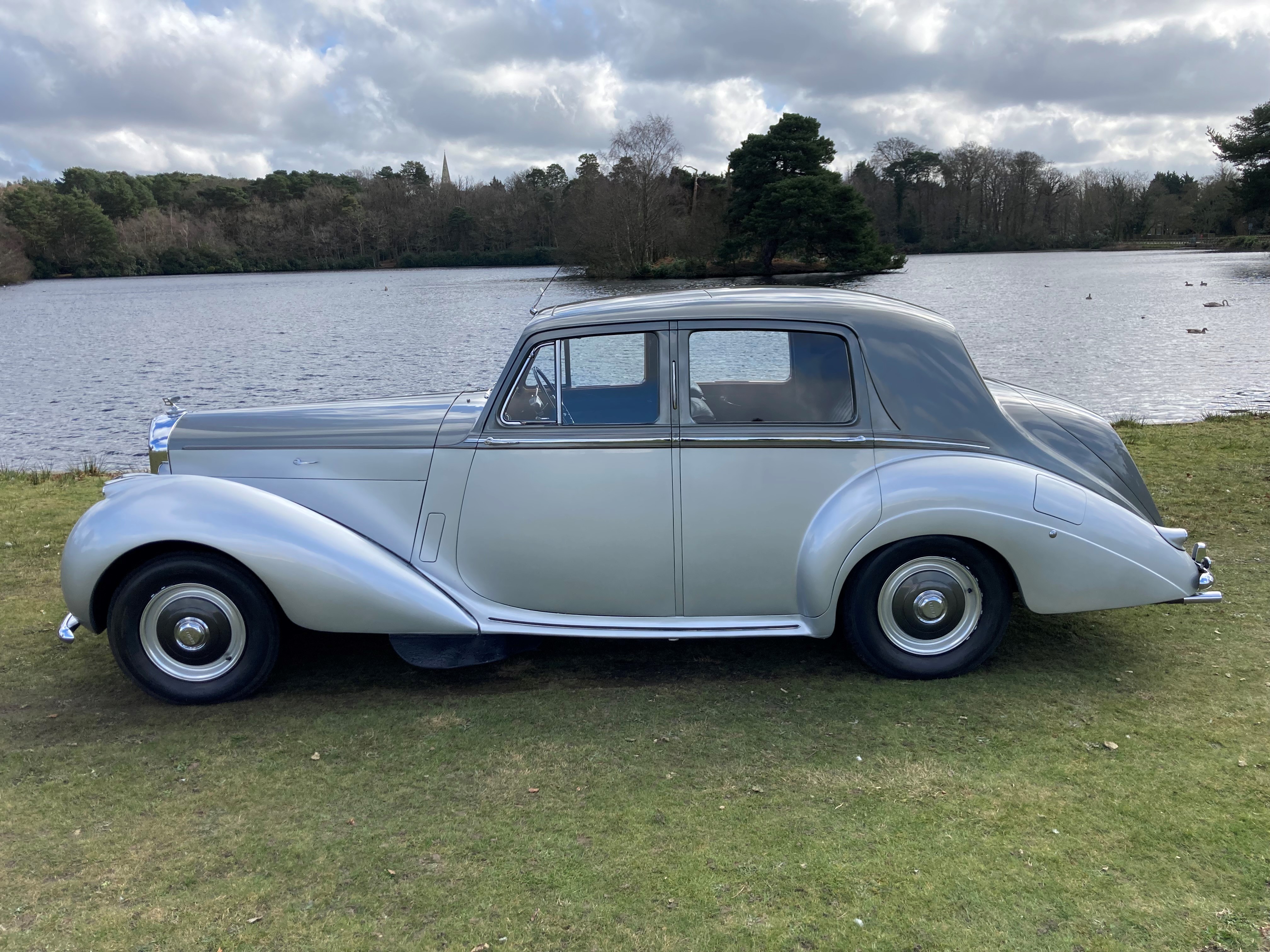 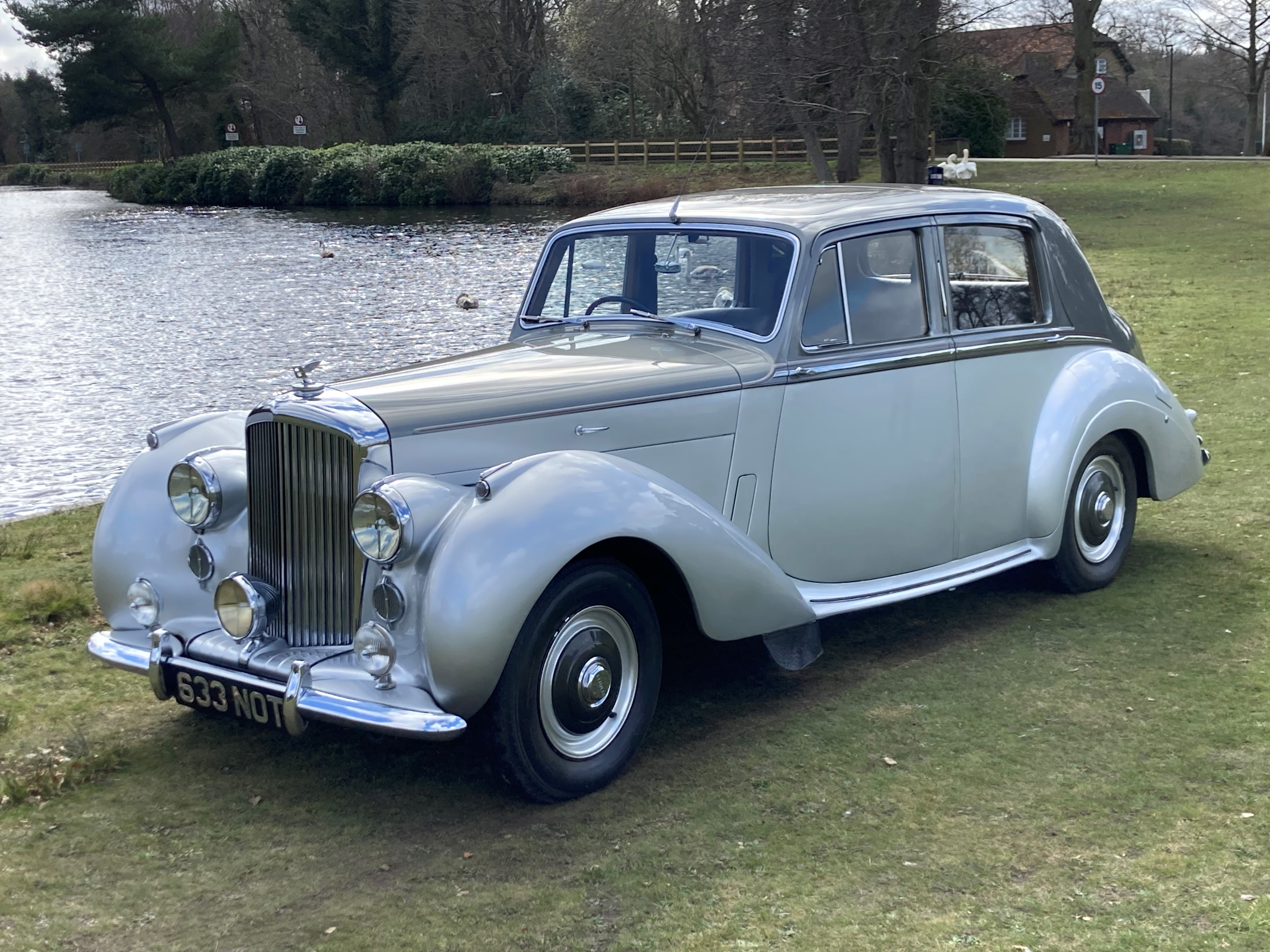 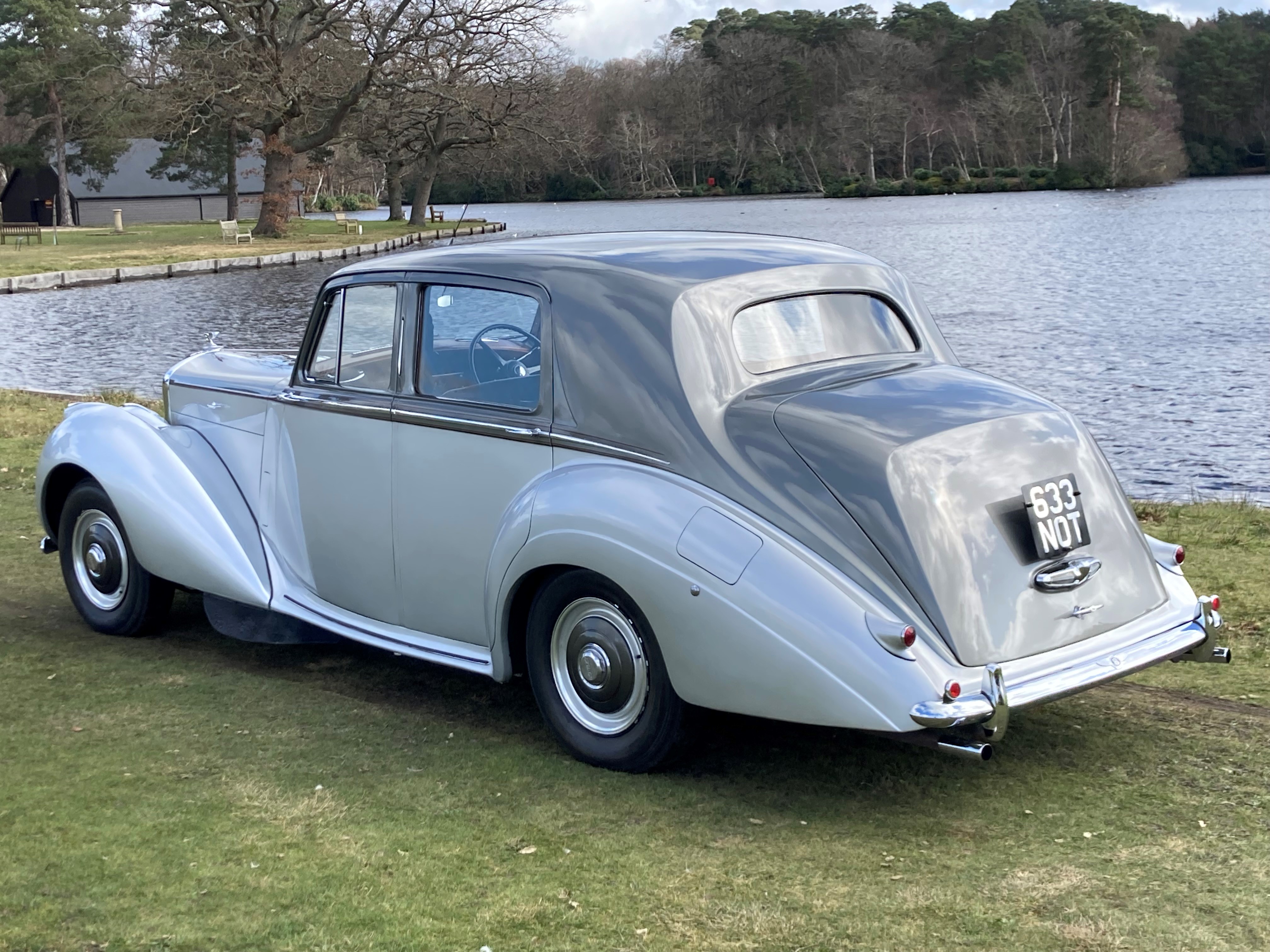 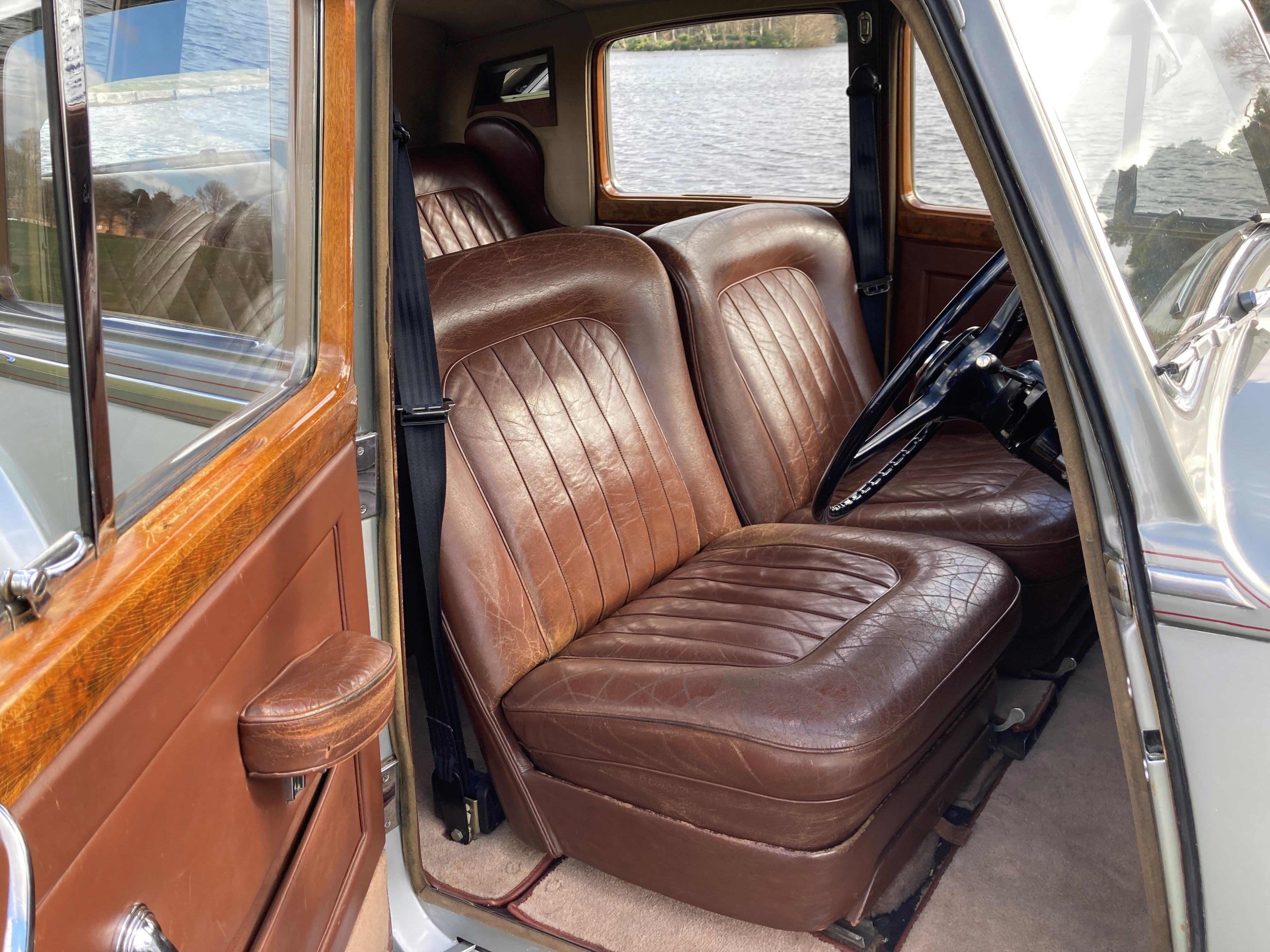 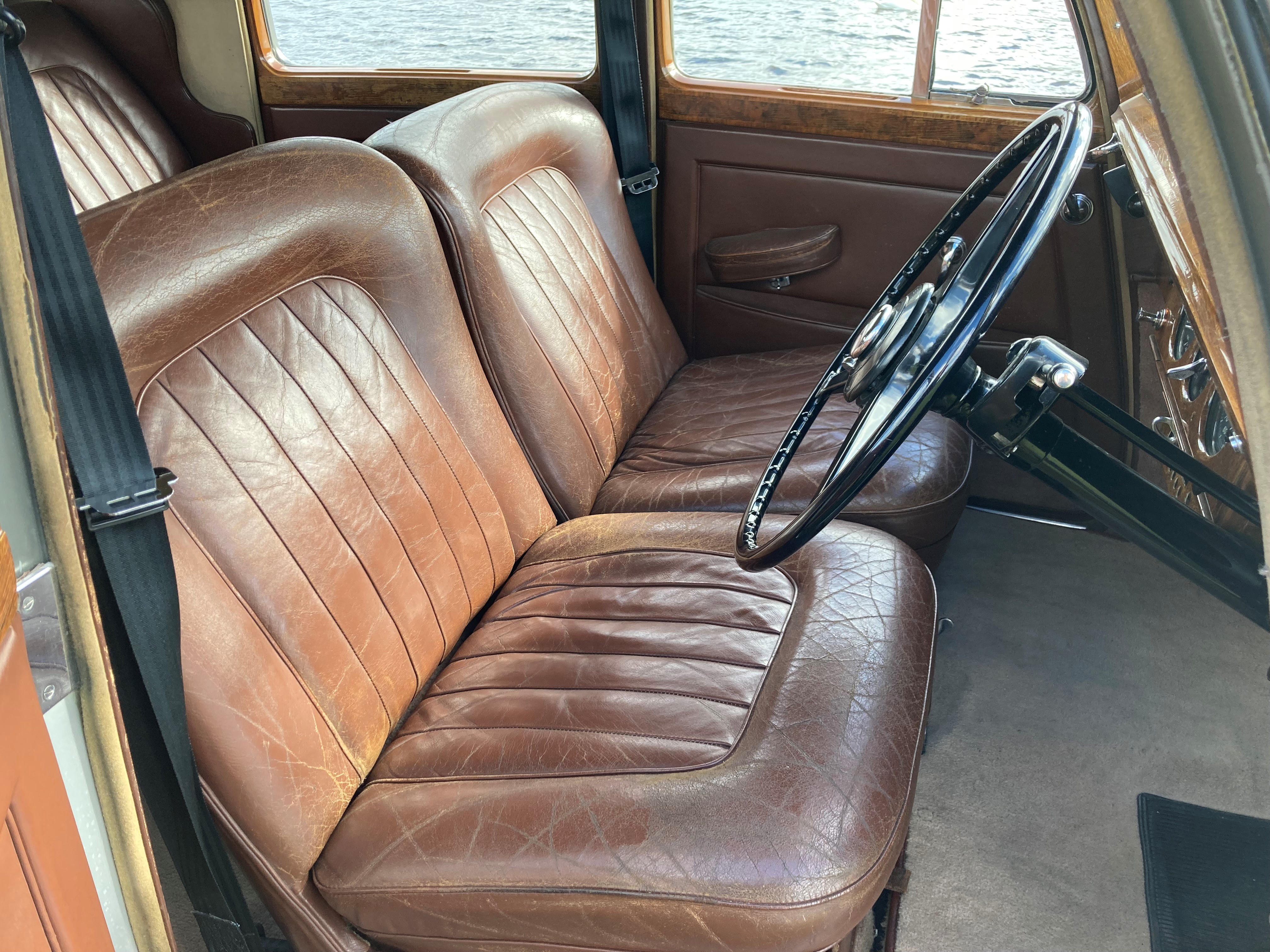 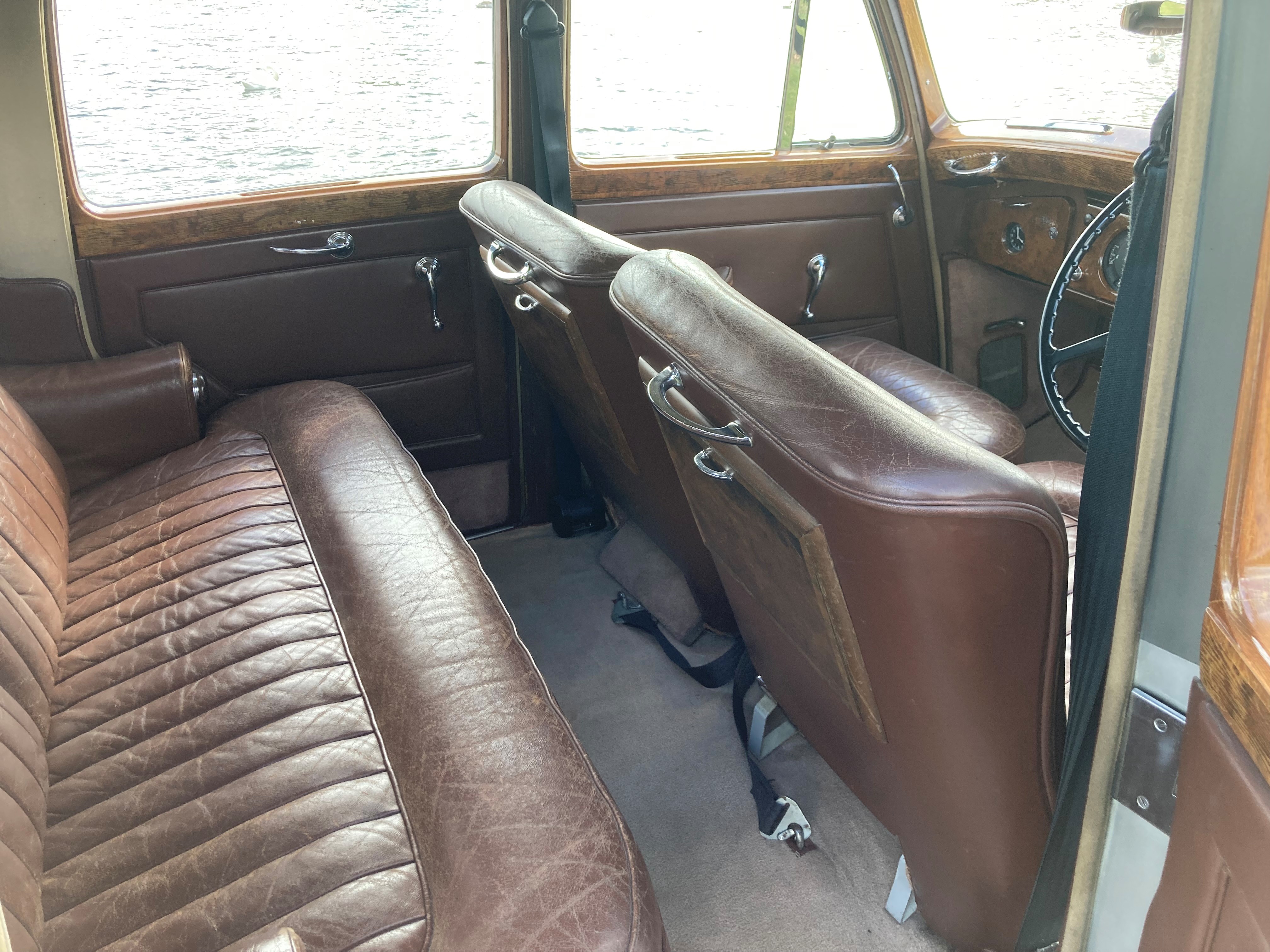 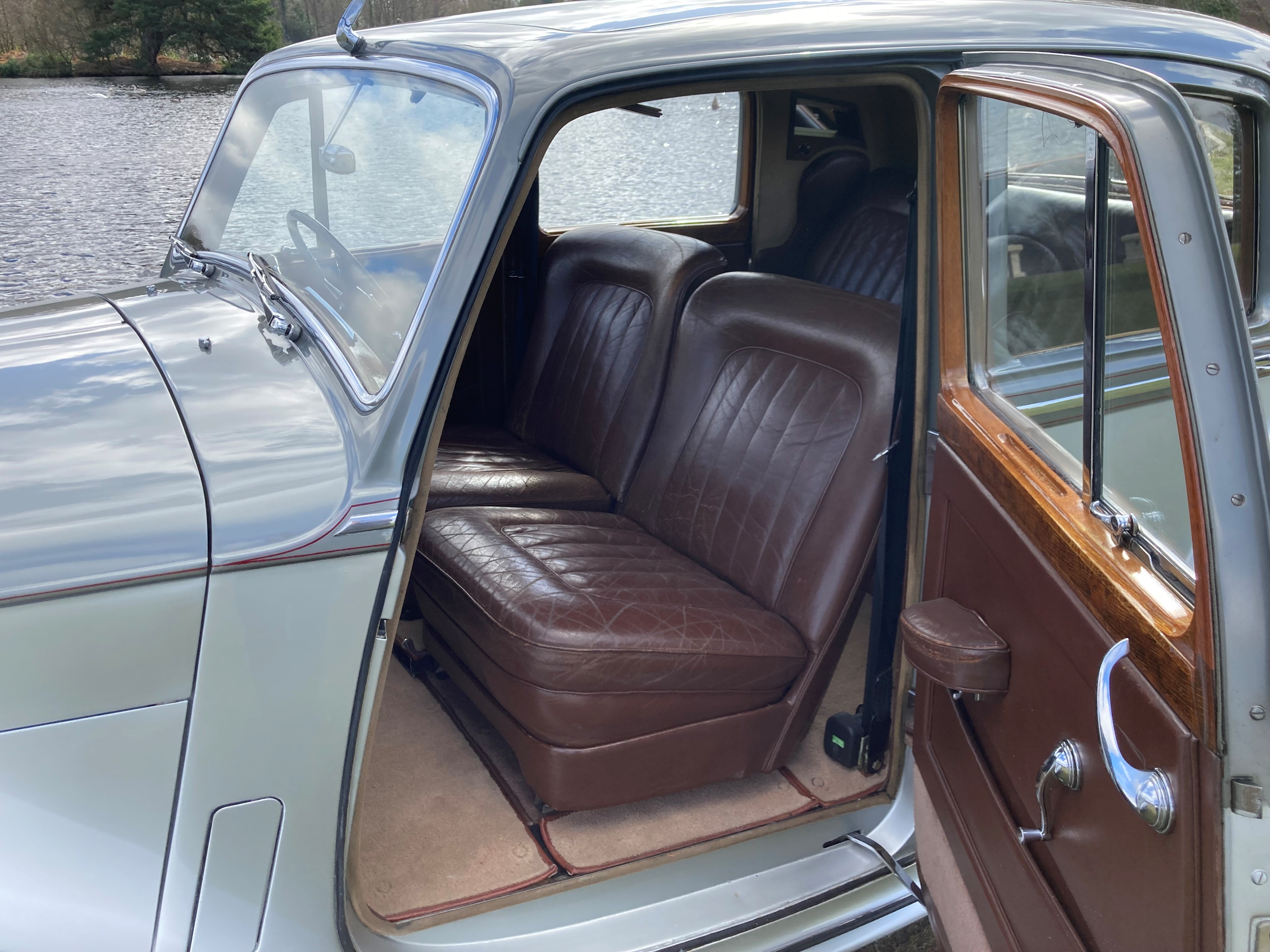 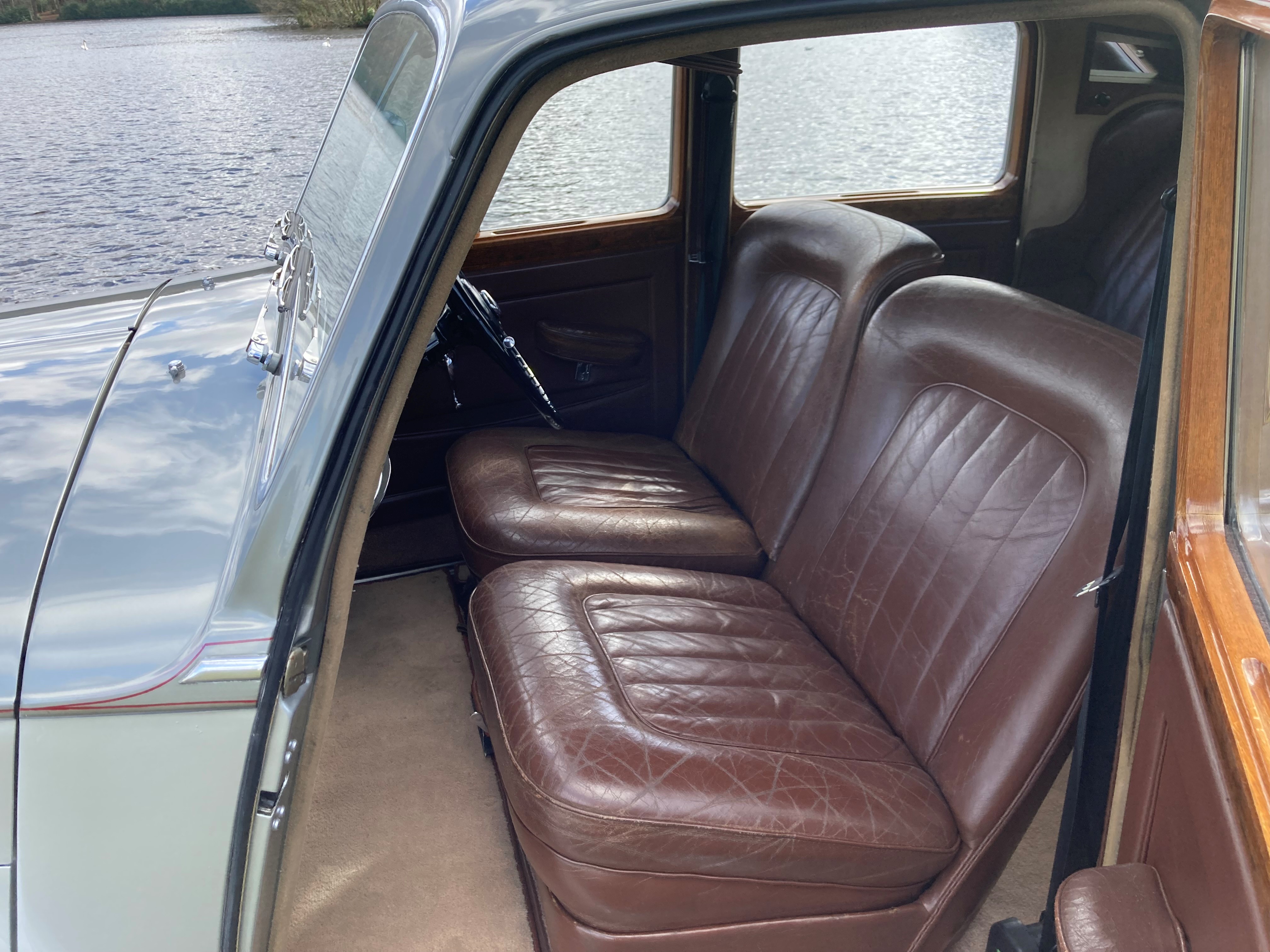 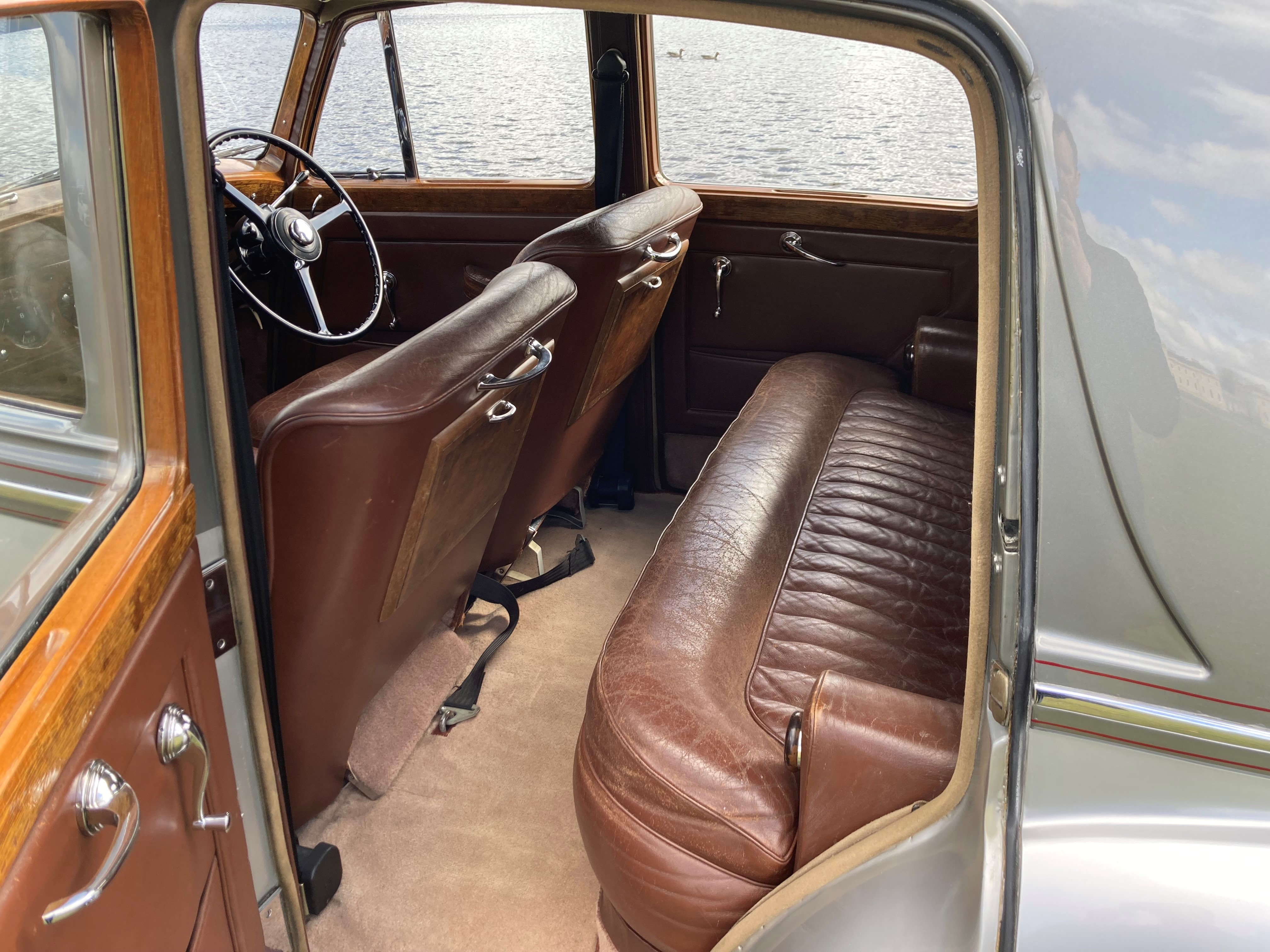 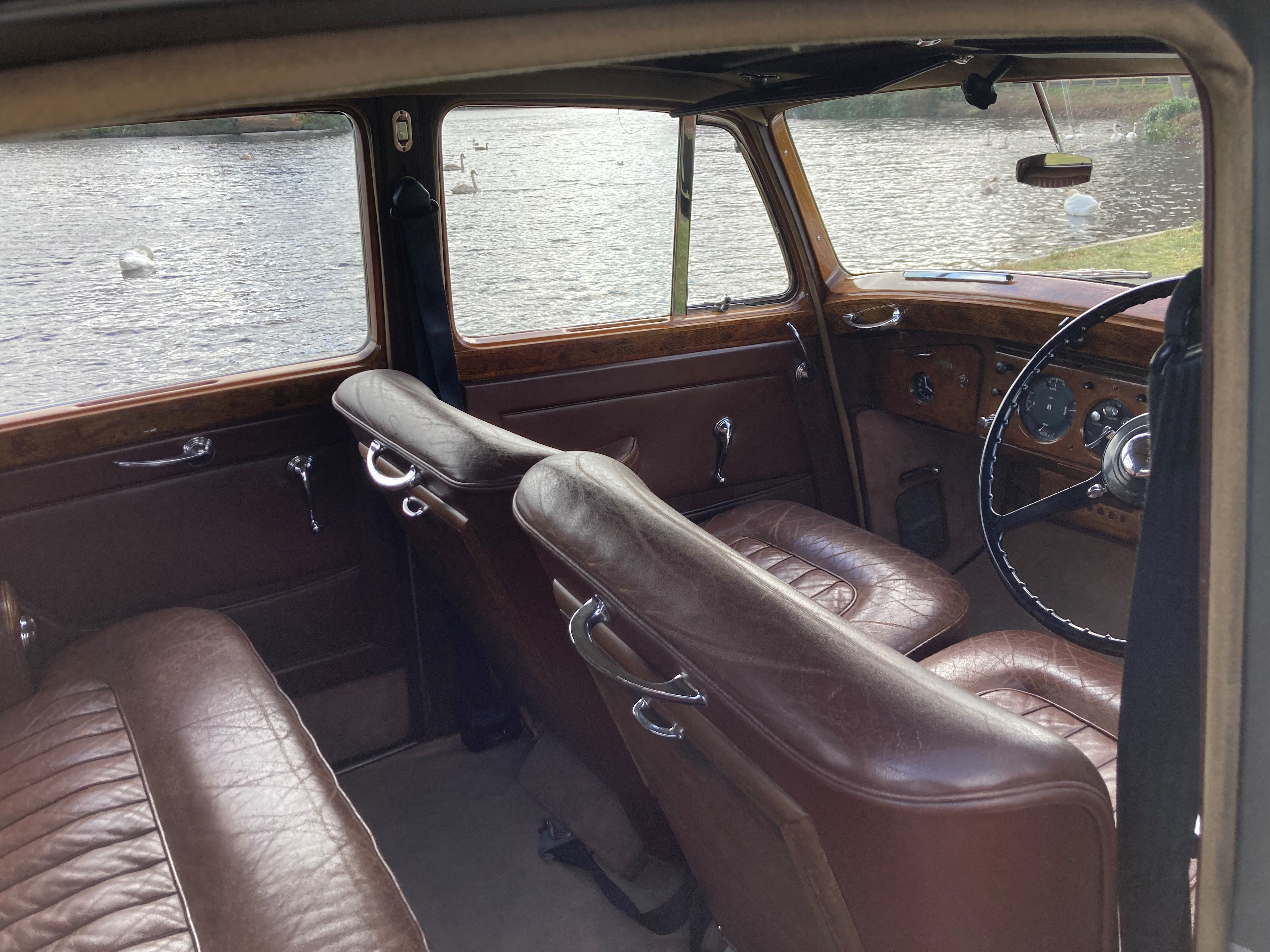 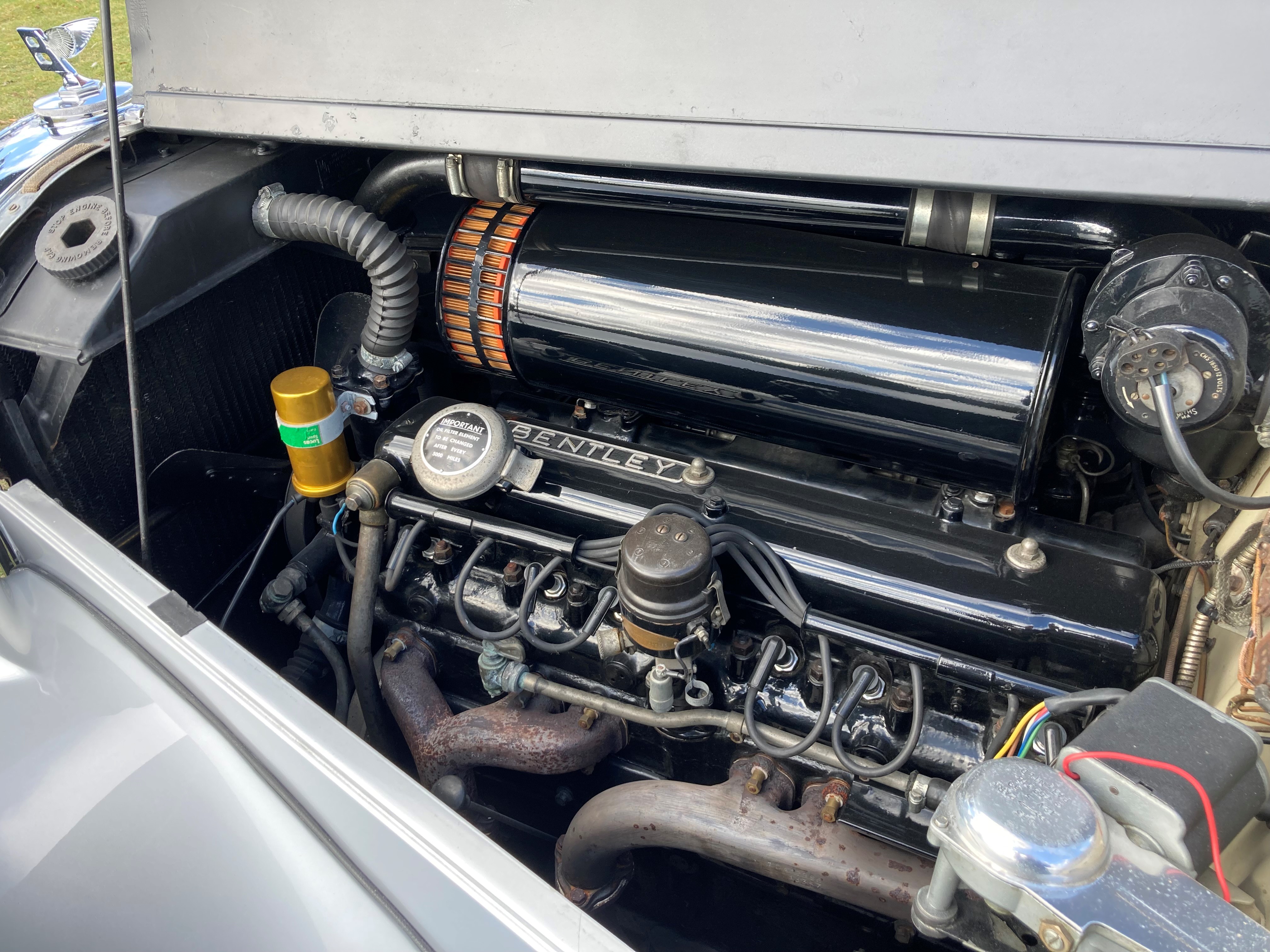 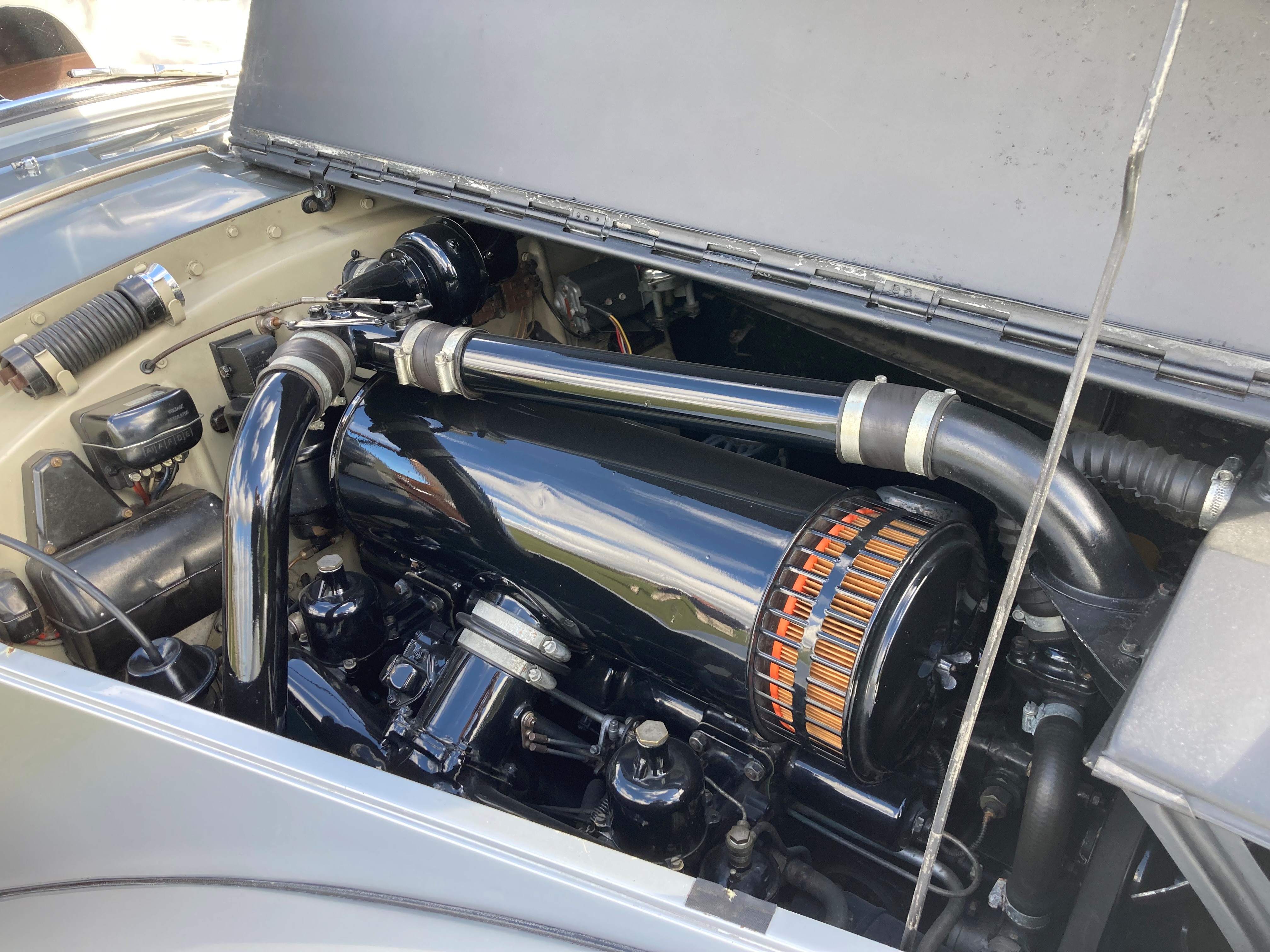 Bentley Motors made a complete departure from their former policy by announcing in 1946 an entirely new model which was factory built throughout. The Bentley Mk VI fitted with their design of “standard” all steel bodywork was built at Crewe and began life with a 4 ¼ litre engine. It was later up rated to a 4 ½ litre engine and the basic Mk VI shape was adapted slightly in 1952 with the introduction of the Bentley R Type. The new model was almost identical to the Mk VI up to the rear doors; however, the boot was enlarged giving greater luggage capacity and arguably a more attractive and balanced overall profile. Approximately 2,000 standard steel R Types were produced between 1952 and 1955 making them a very successful model in Bentleys long and esteemed history.

Chassis No B131UL was acquired by the most recent owner in December 1985 and has been retained by him ever since. The history file documents the maintenance and improvement works carried out to the car over the past near four decades, all of which were completed by A&S Engineering in Hampshire. The most significant works were carried out between 1997 and 2000, when the coachwork was restored, and the engine was completely dismantled and overhauled. Invoices since 2000, and prior, show detailed works carried out by A&S Engineering to numerous areas of the car, ensuring it has always been kept in lovely working order. Most recently the car was prepared in our workshops prior to being offered for sale. This beautiful example retains a very original feel in many areas, not least the interior trim and woodwork, all of which are sound but nicely patinated over seventy years of driving pleasure. The mechanical side of the car is in excellent order having been maintained by a respected Bentley specialist for more than three decades and then recently checked, prepared and tested in our own workshop.

This highly attractive example is complete with tools stowed under the driver’s seat in its original sliding tray, its handbook, a detailed history file with a large number of maintenance and restoration invoices and its original log book from 1953. Chassis No B131UL has only travelled just over 75,000 miles from new and only a little over 10,000 miles since the engine was completely overhauled. This beautiful Bentley R Type is ready for its next fortunate owner.