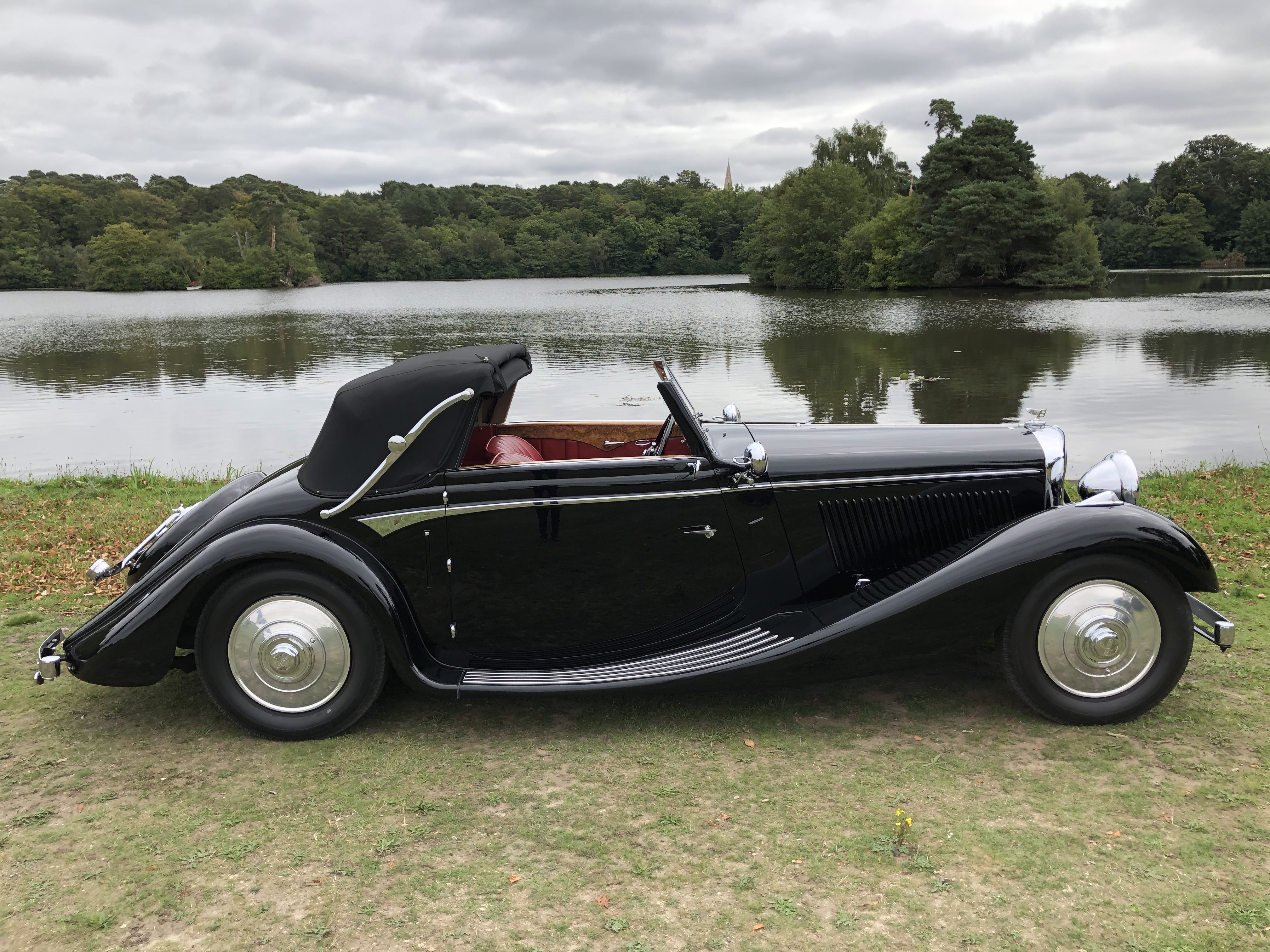 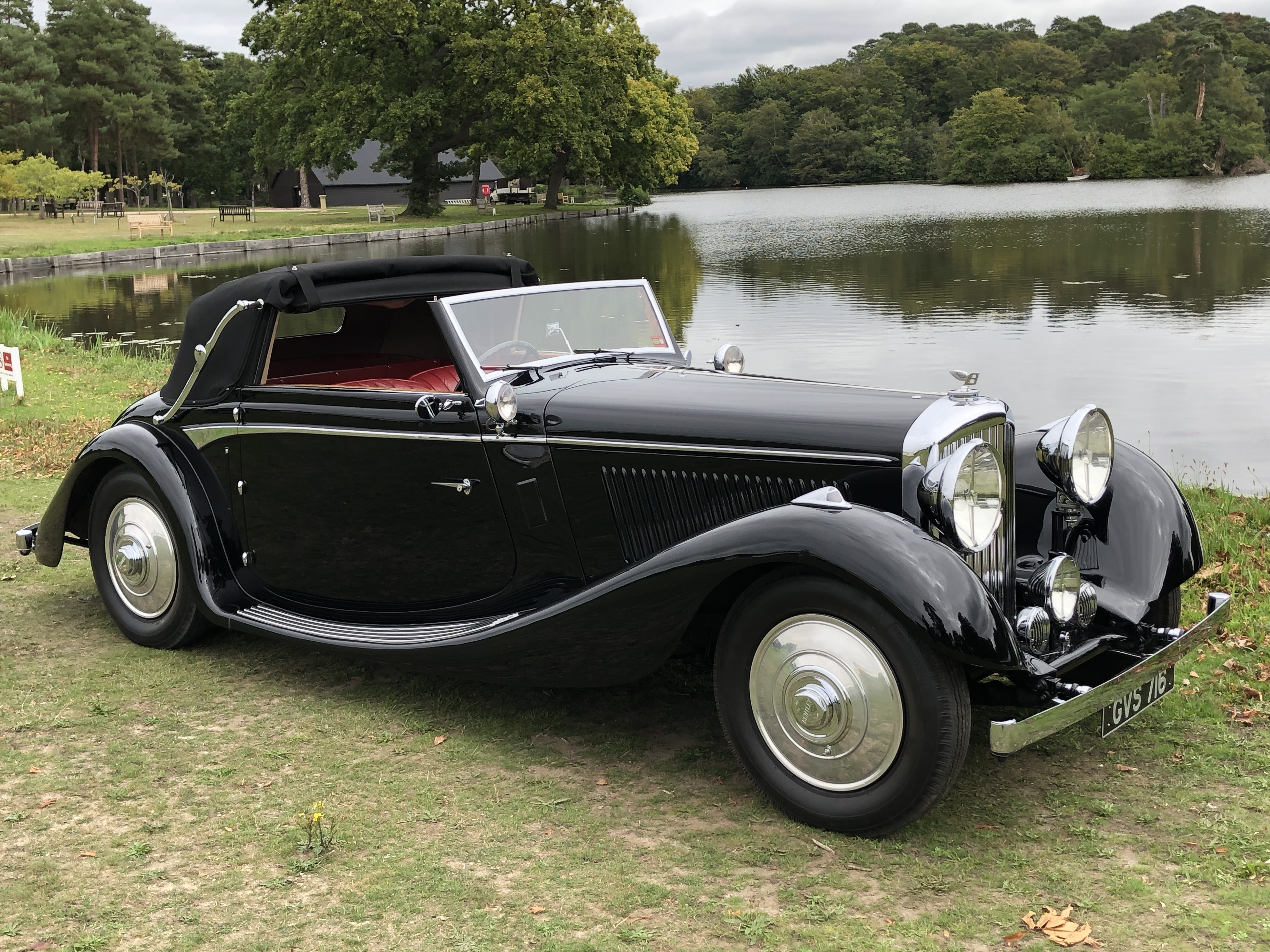 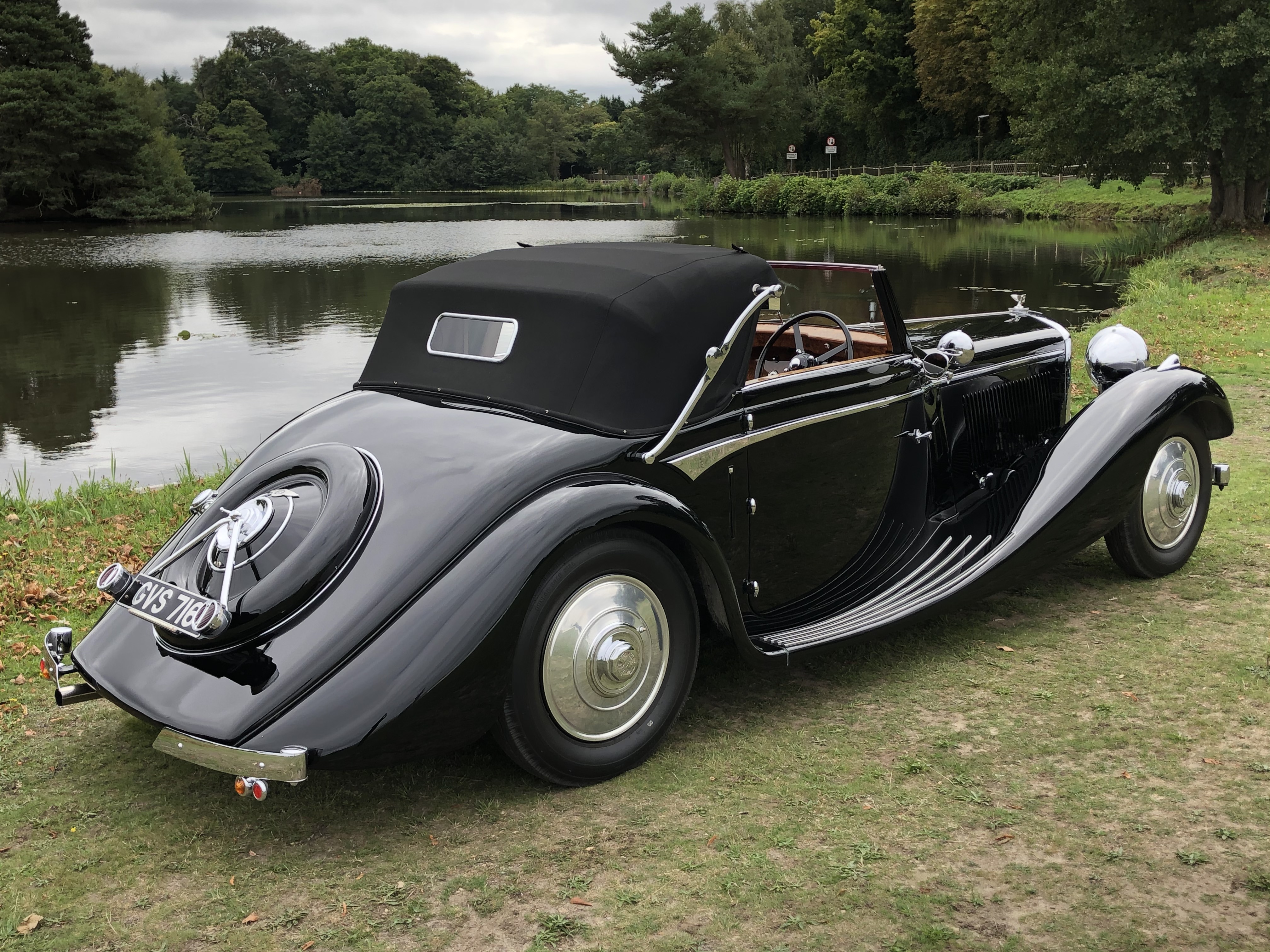 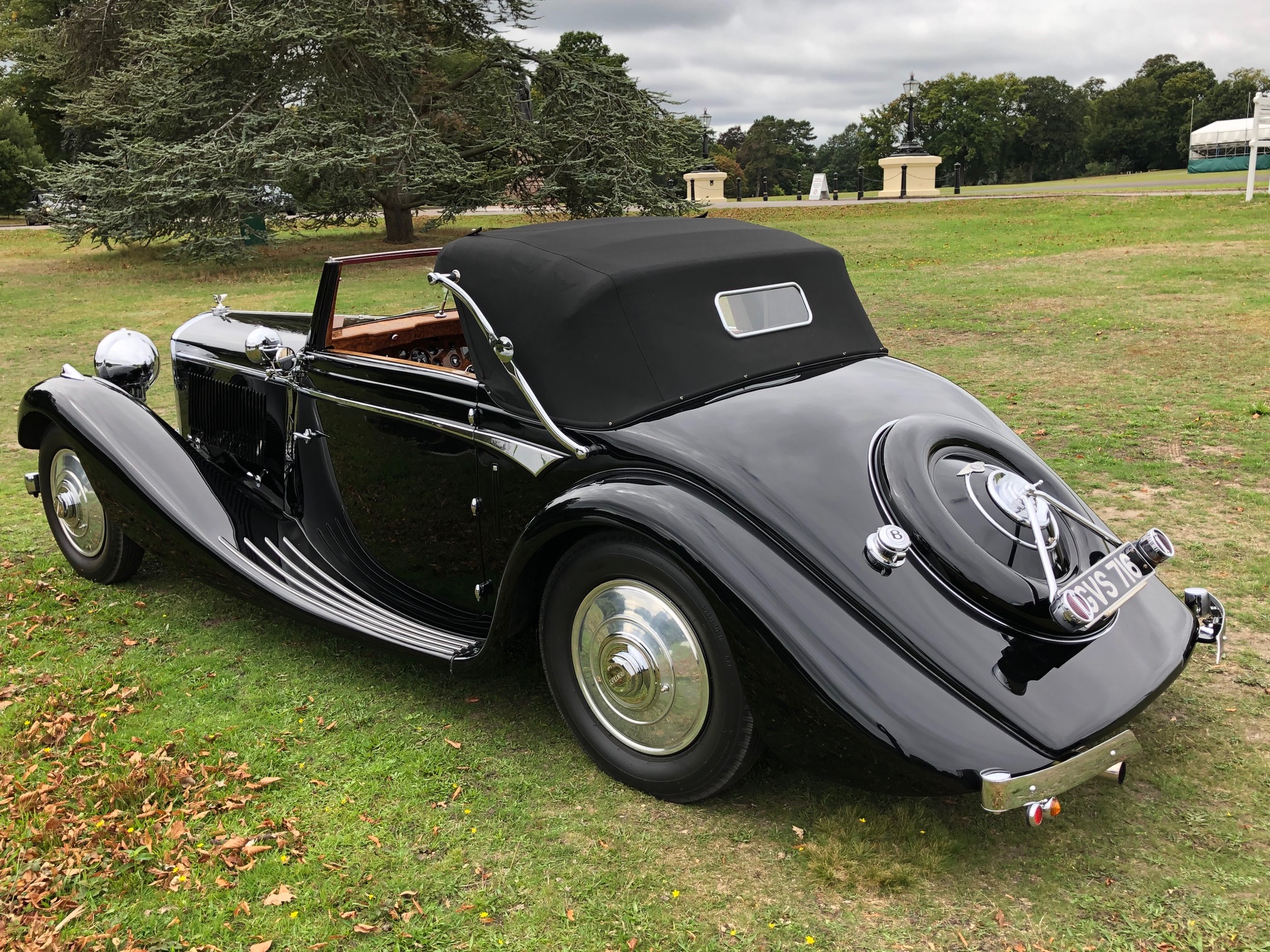 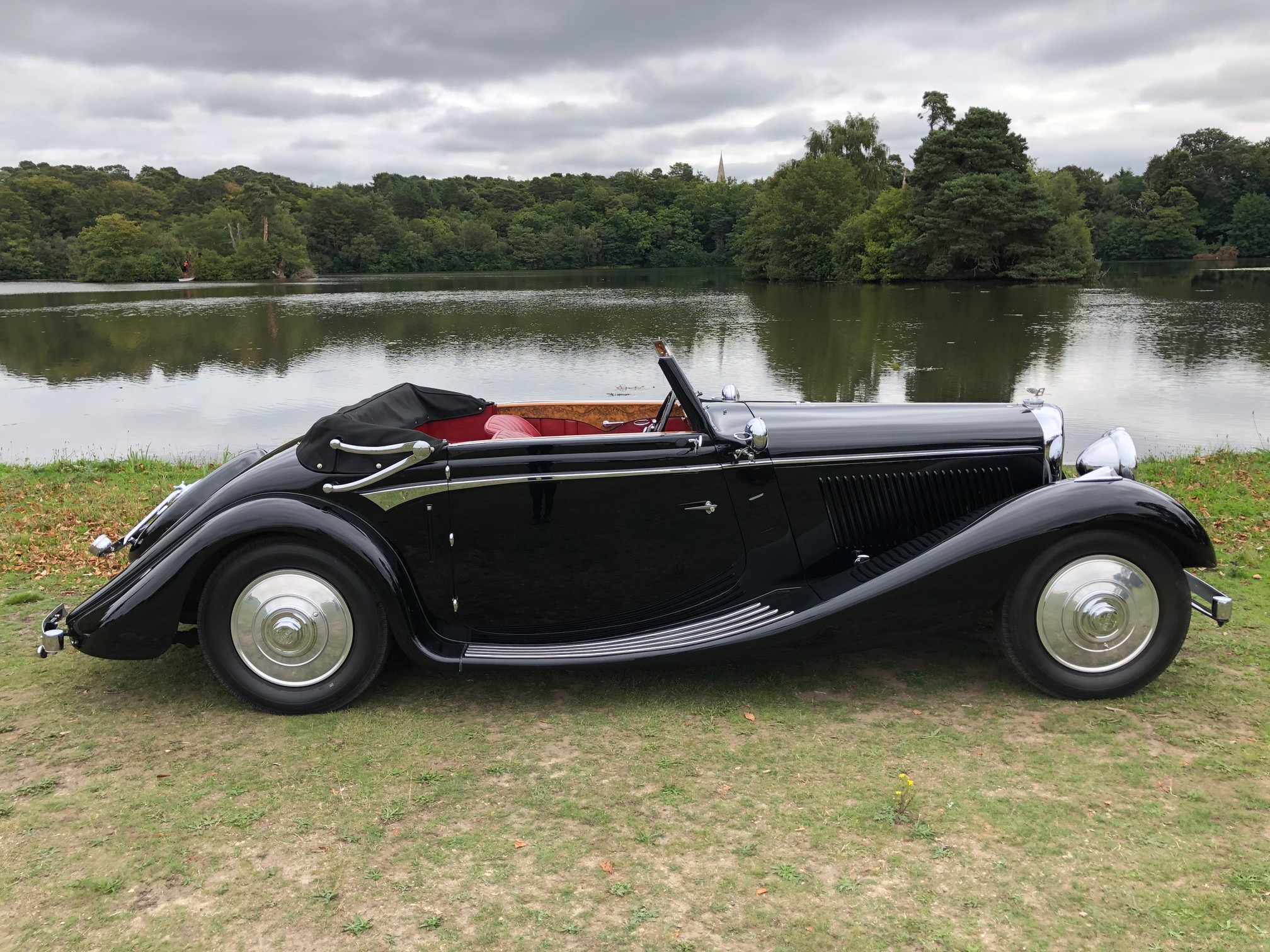 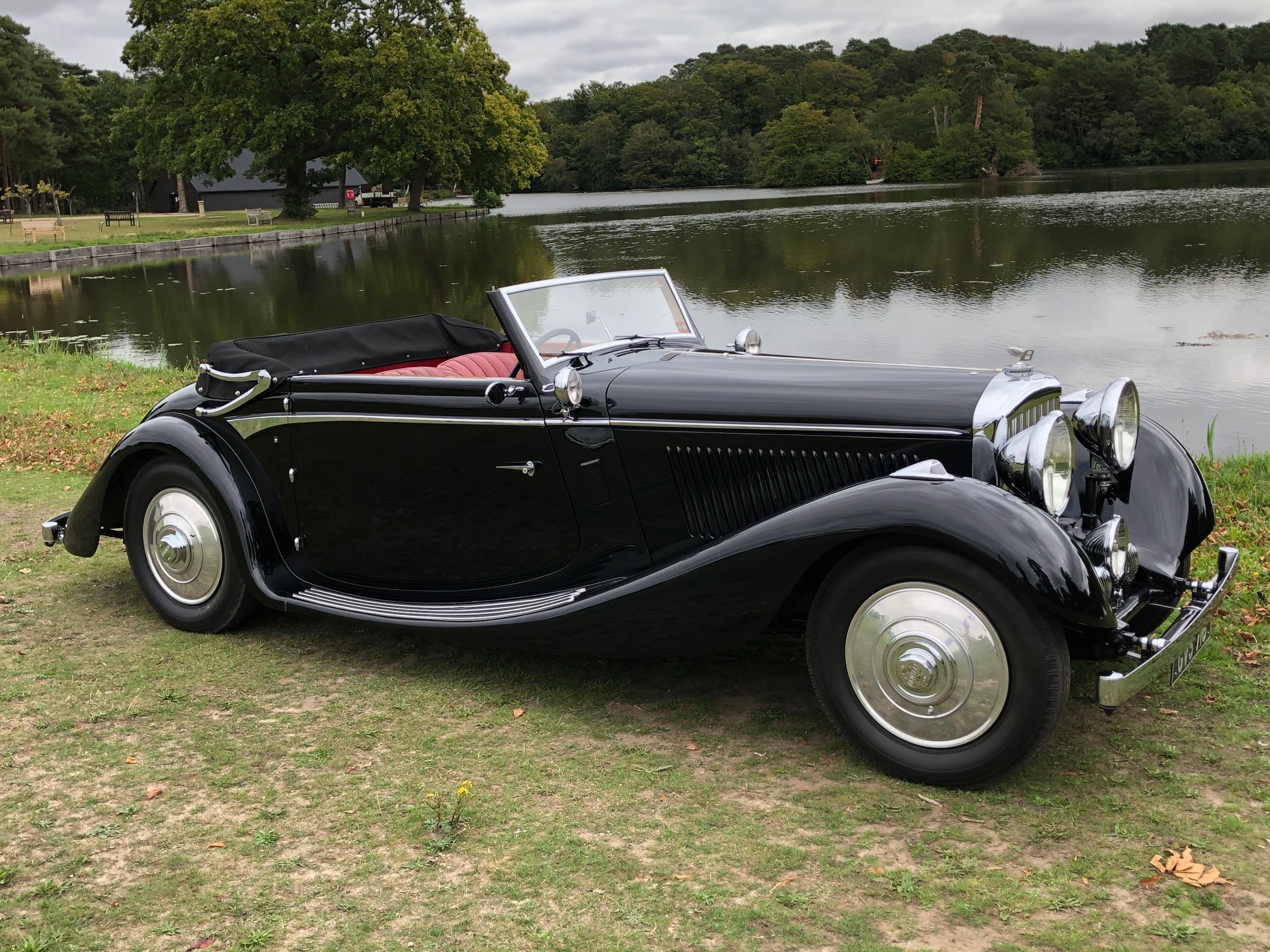 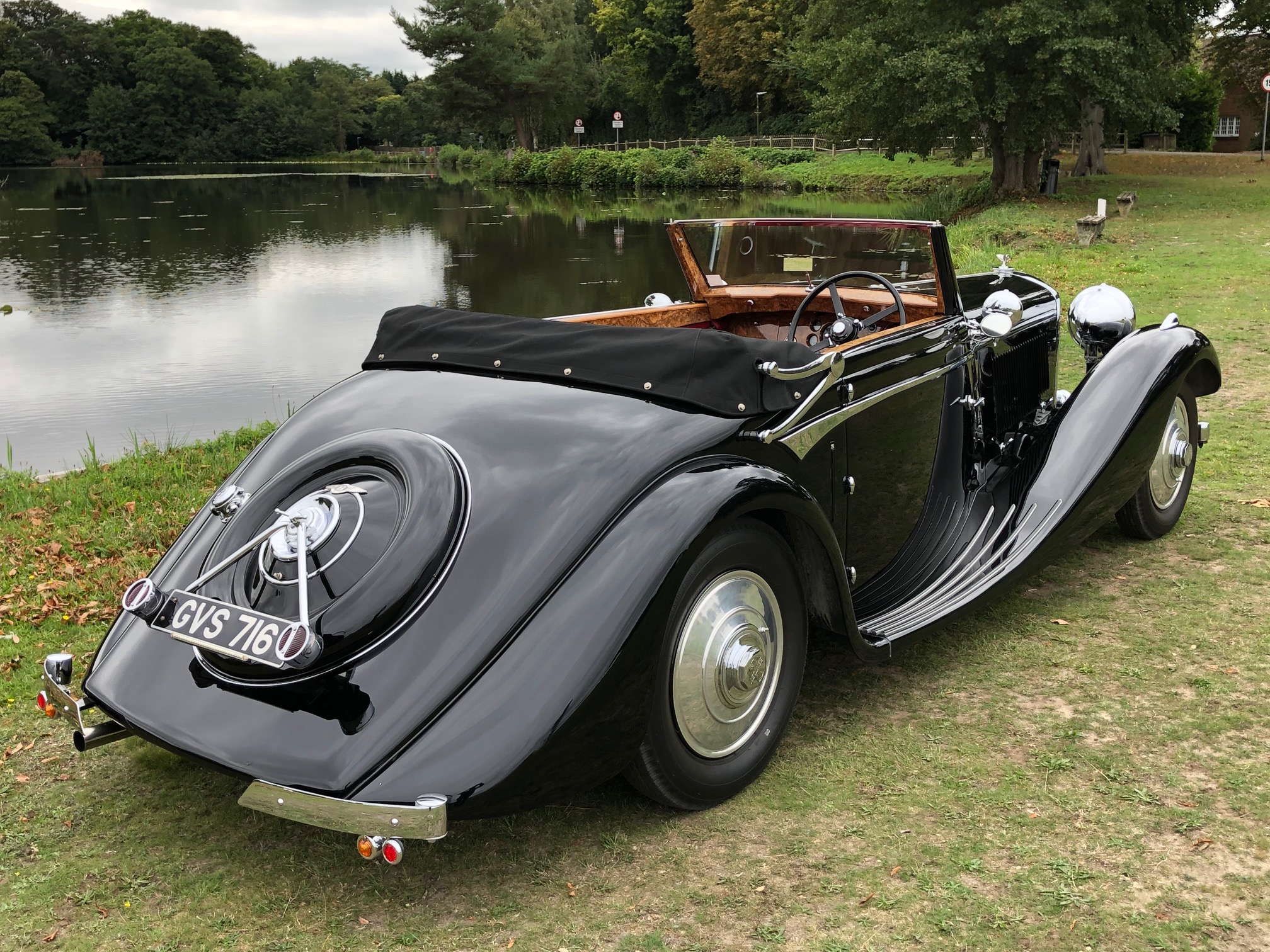 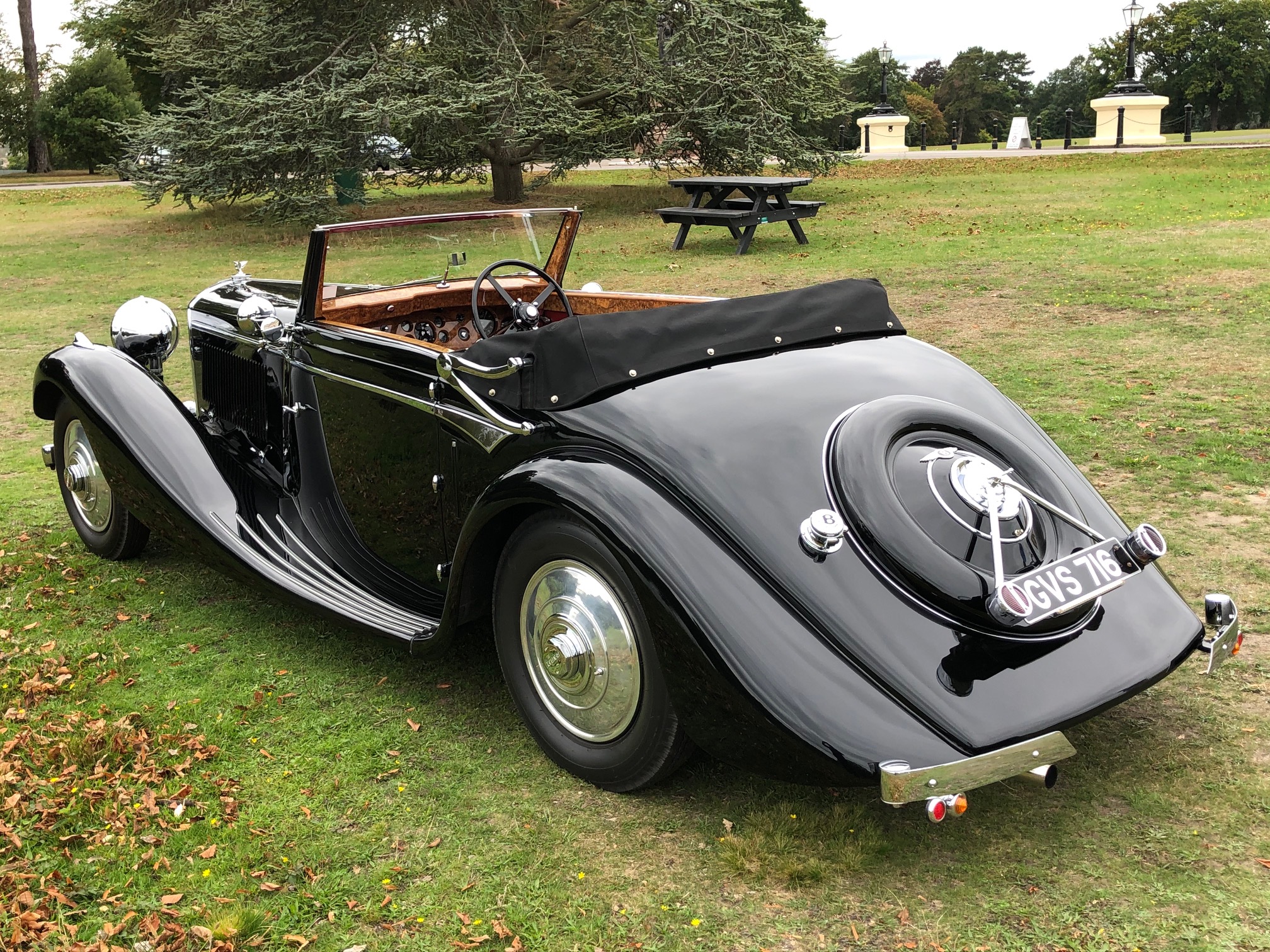 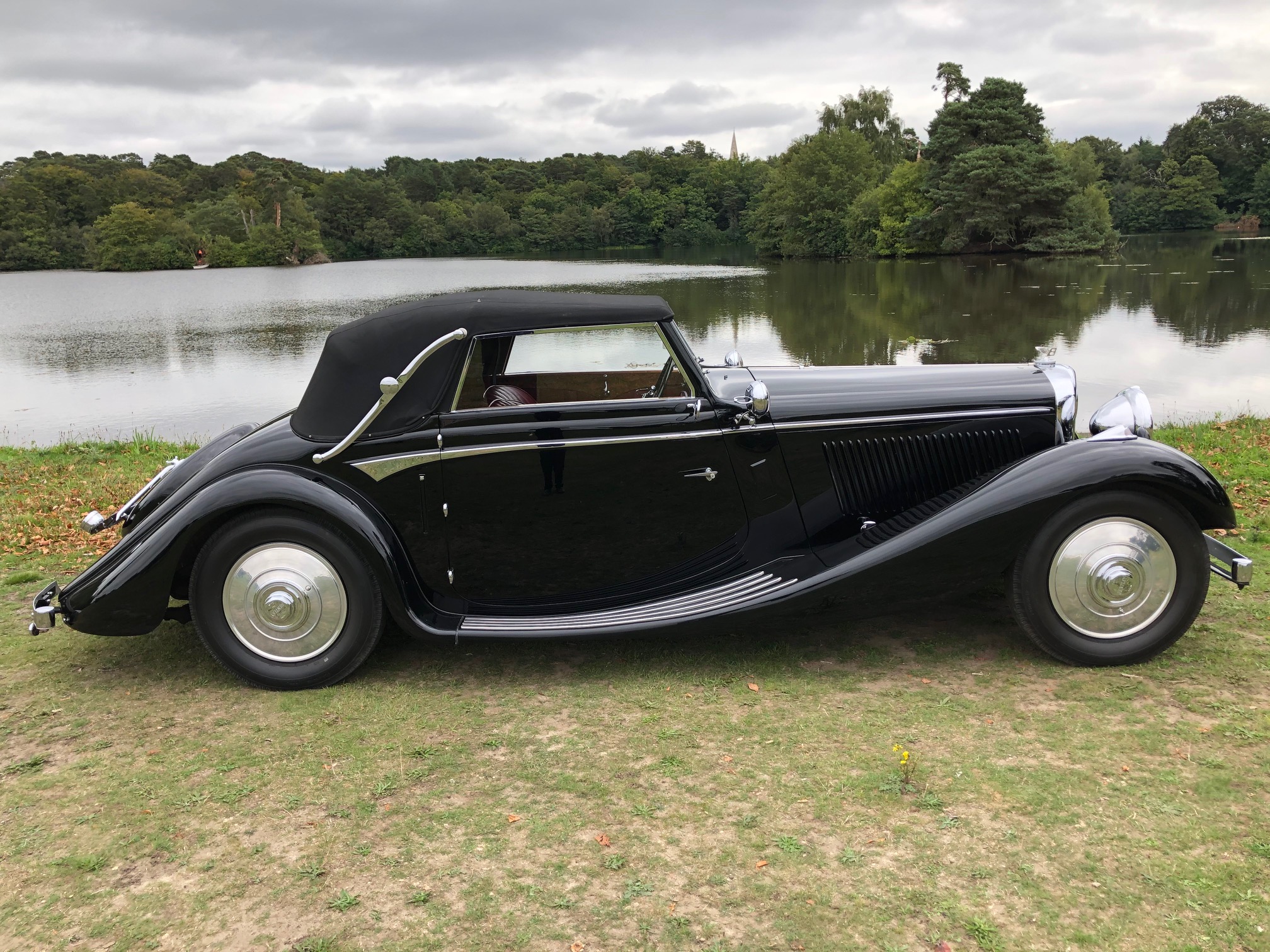 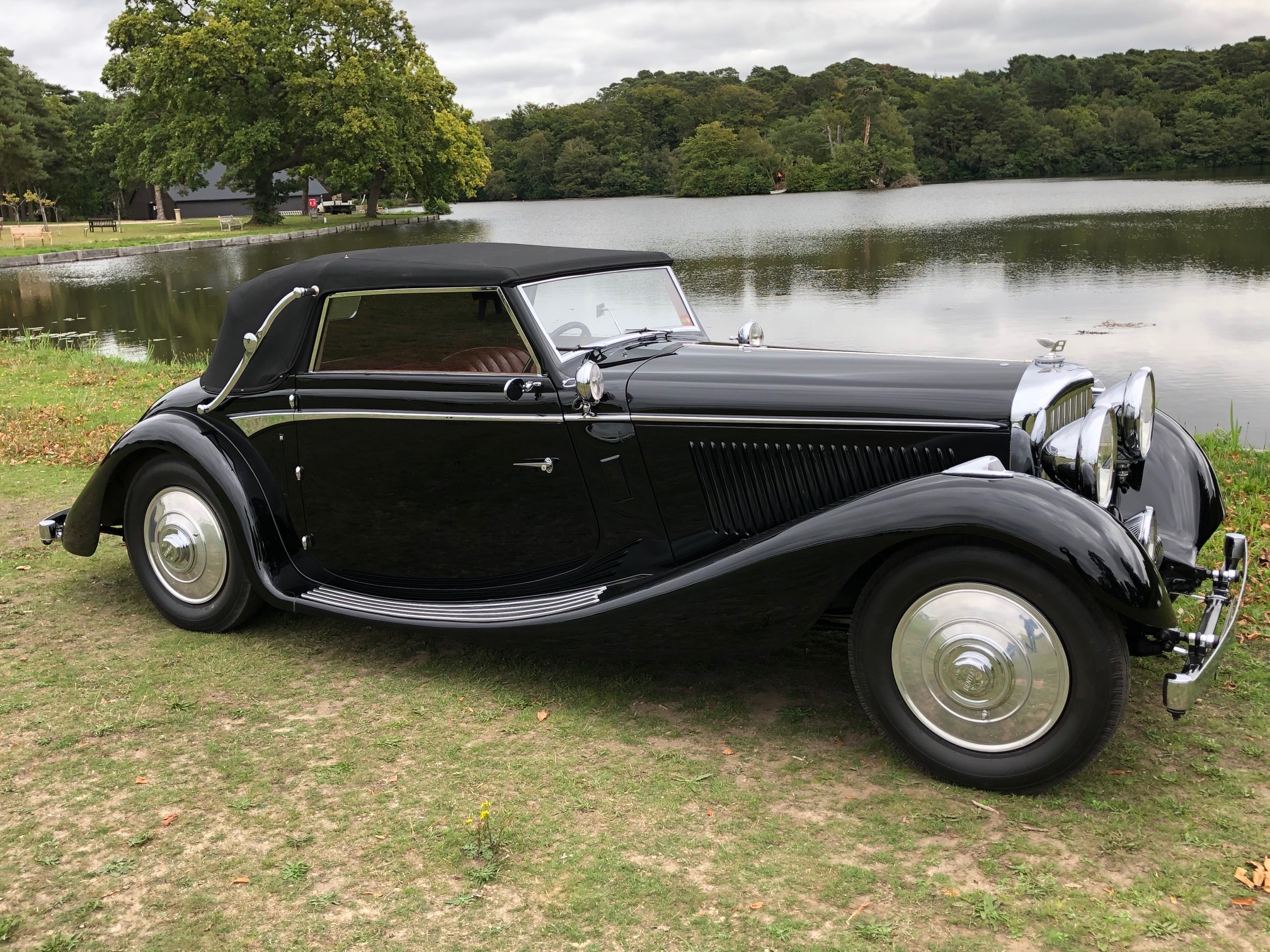 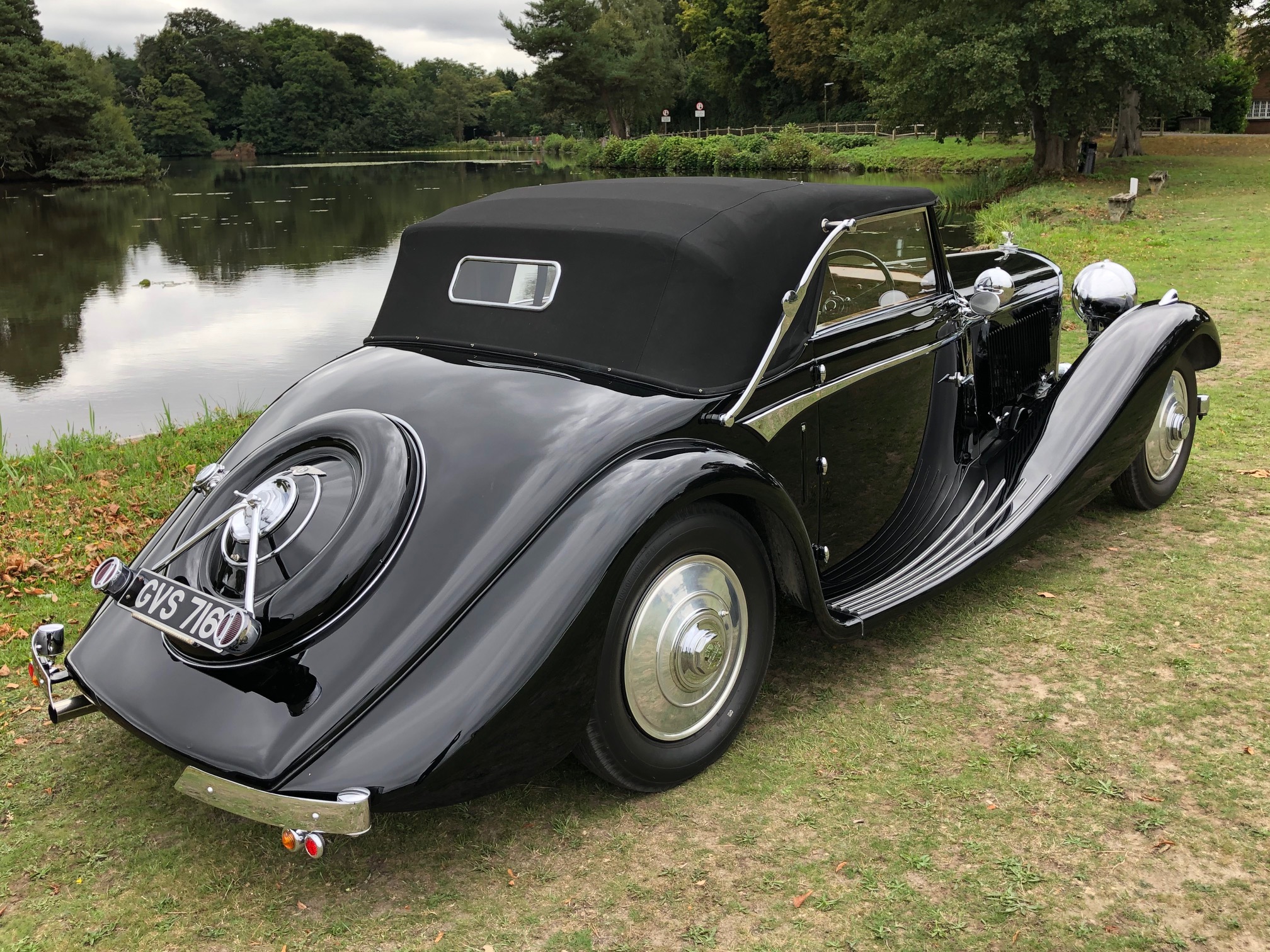 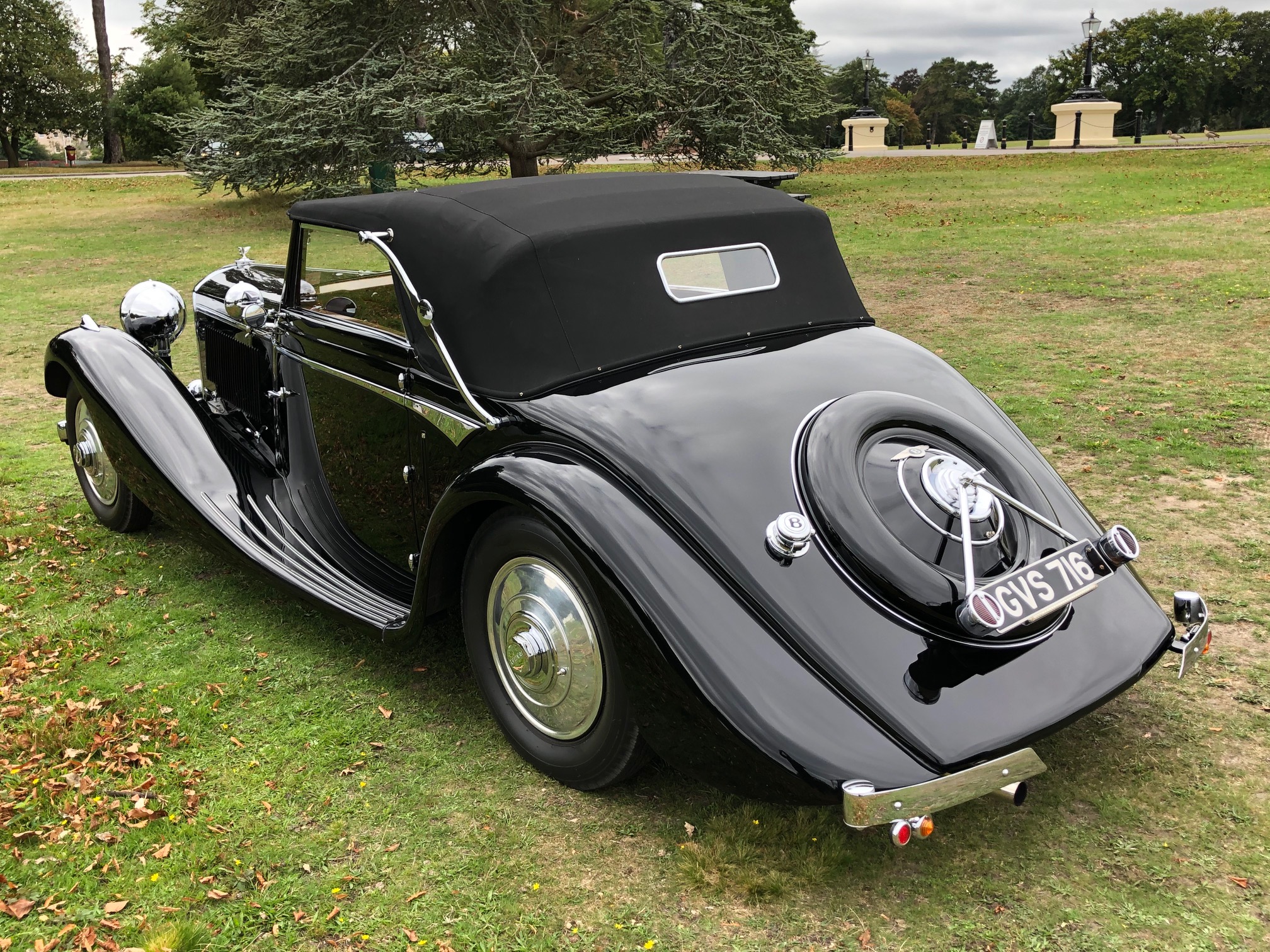 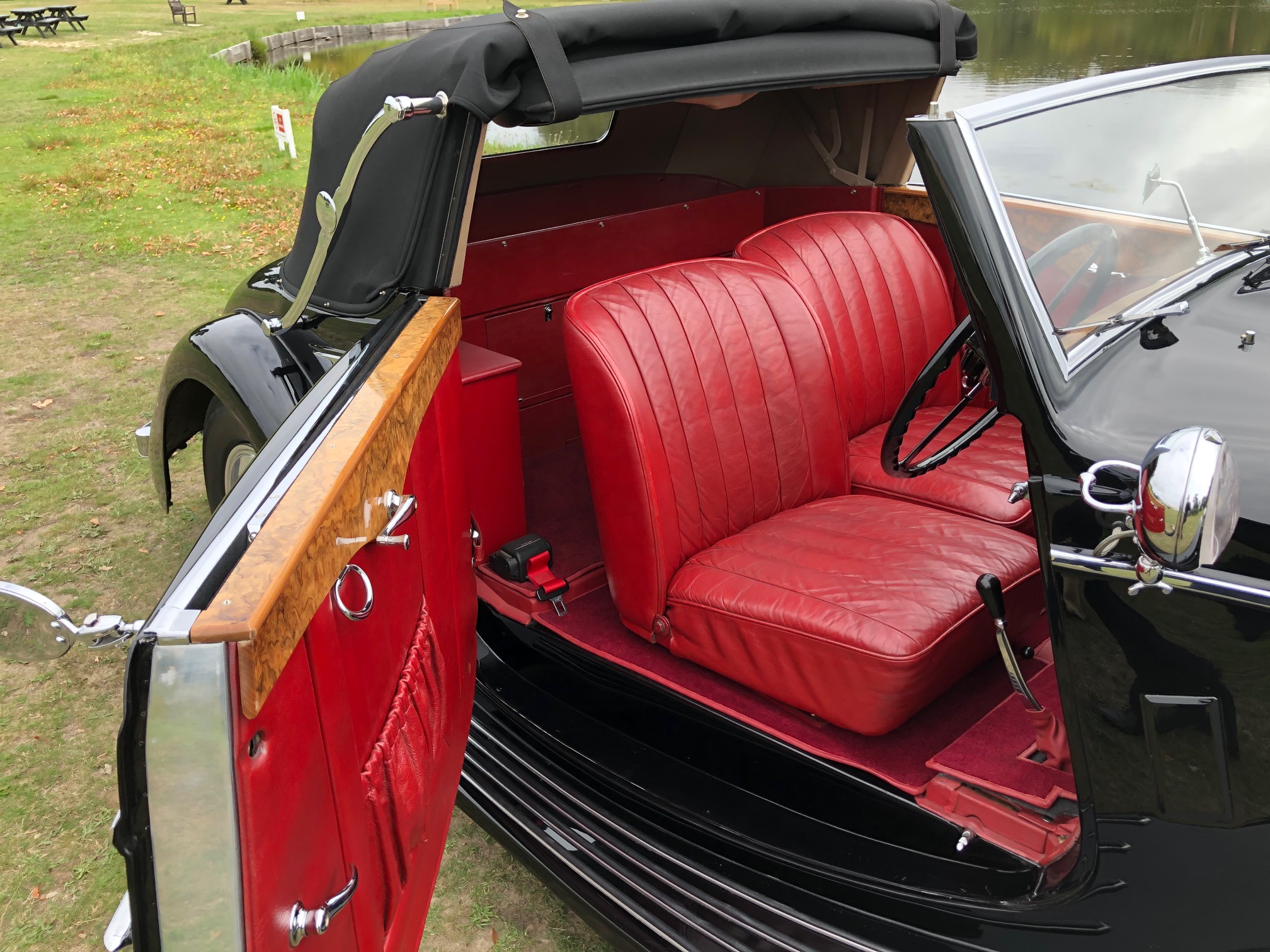 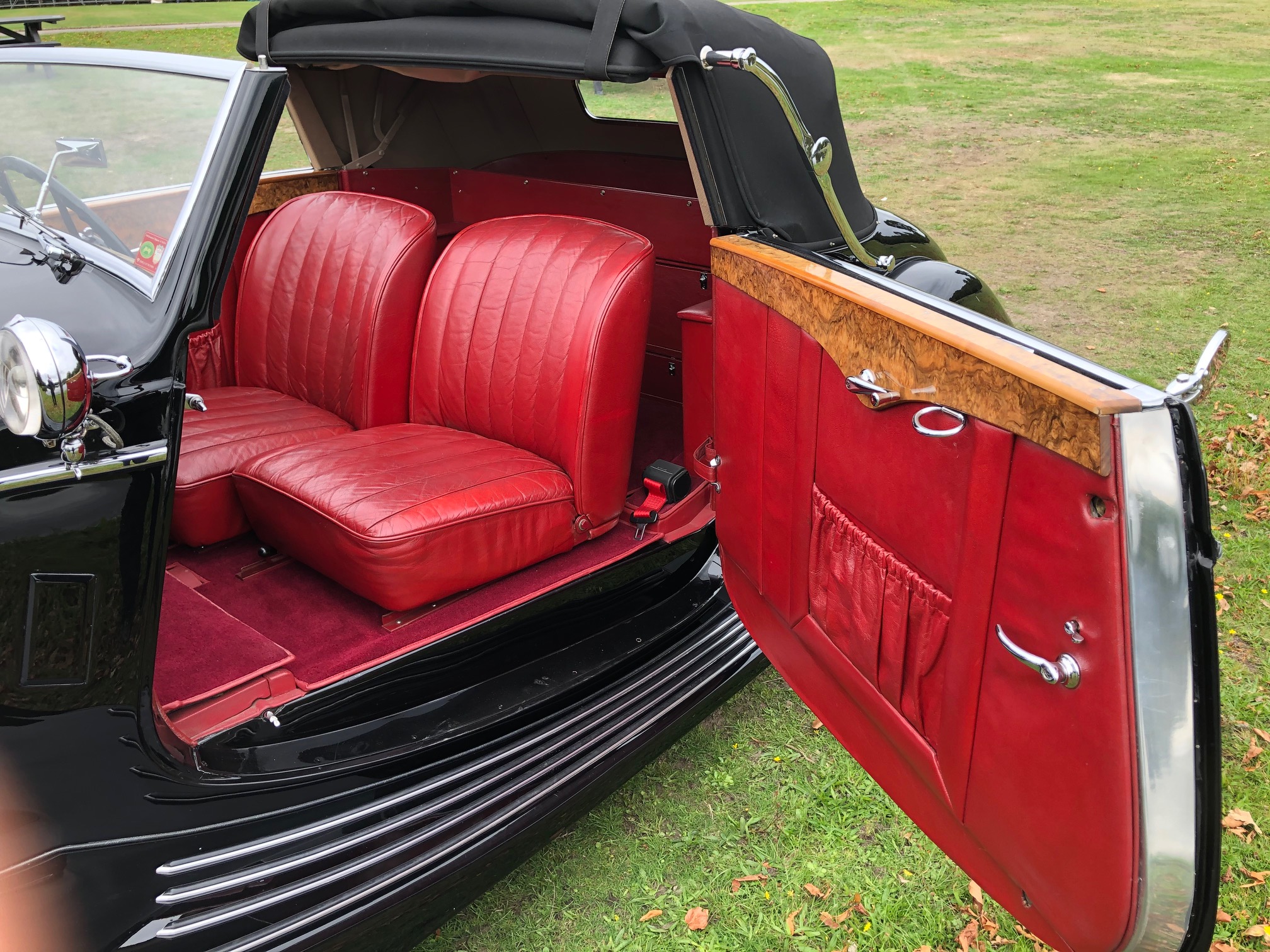 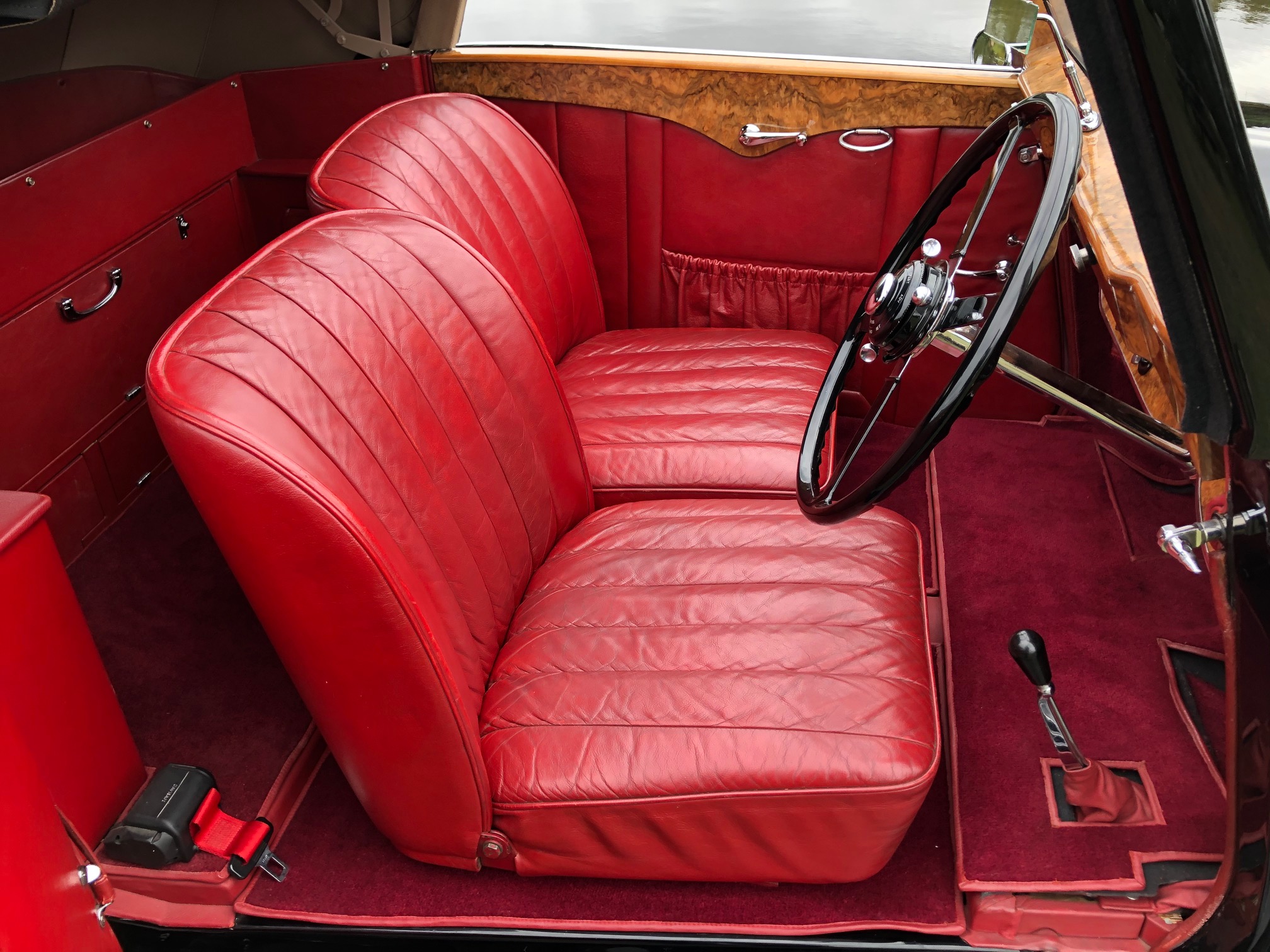 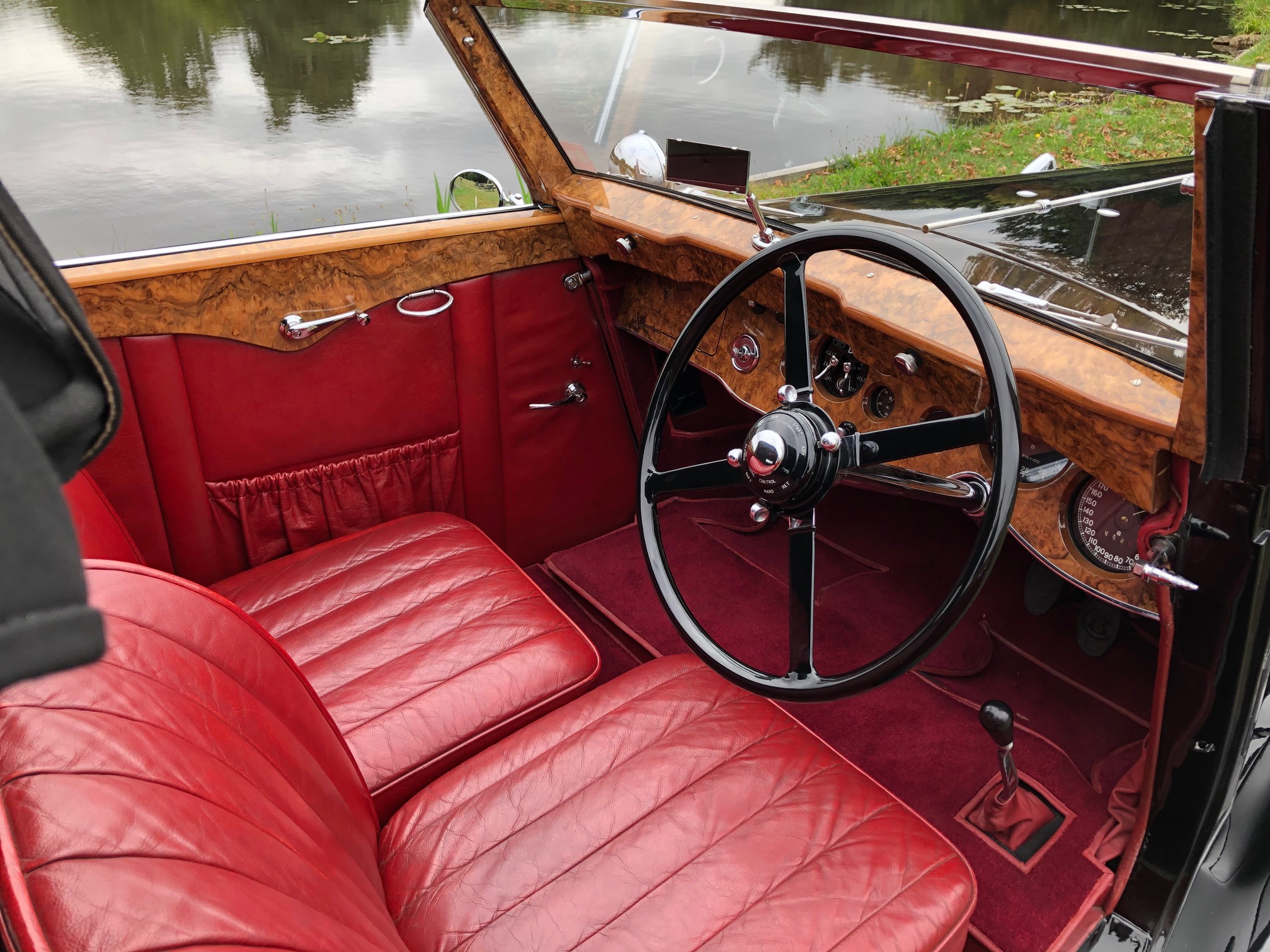 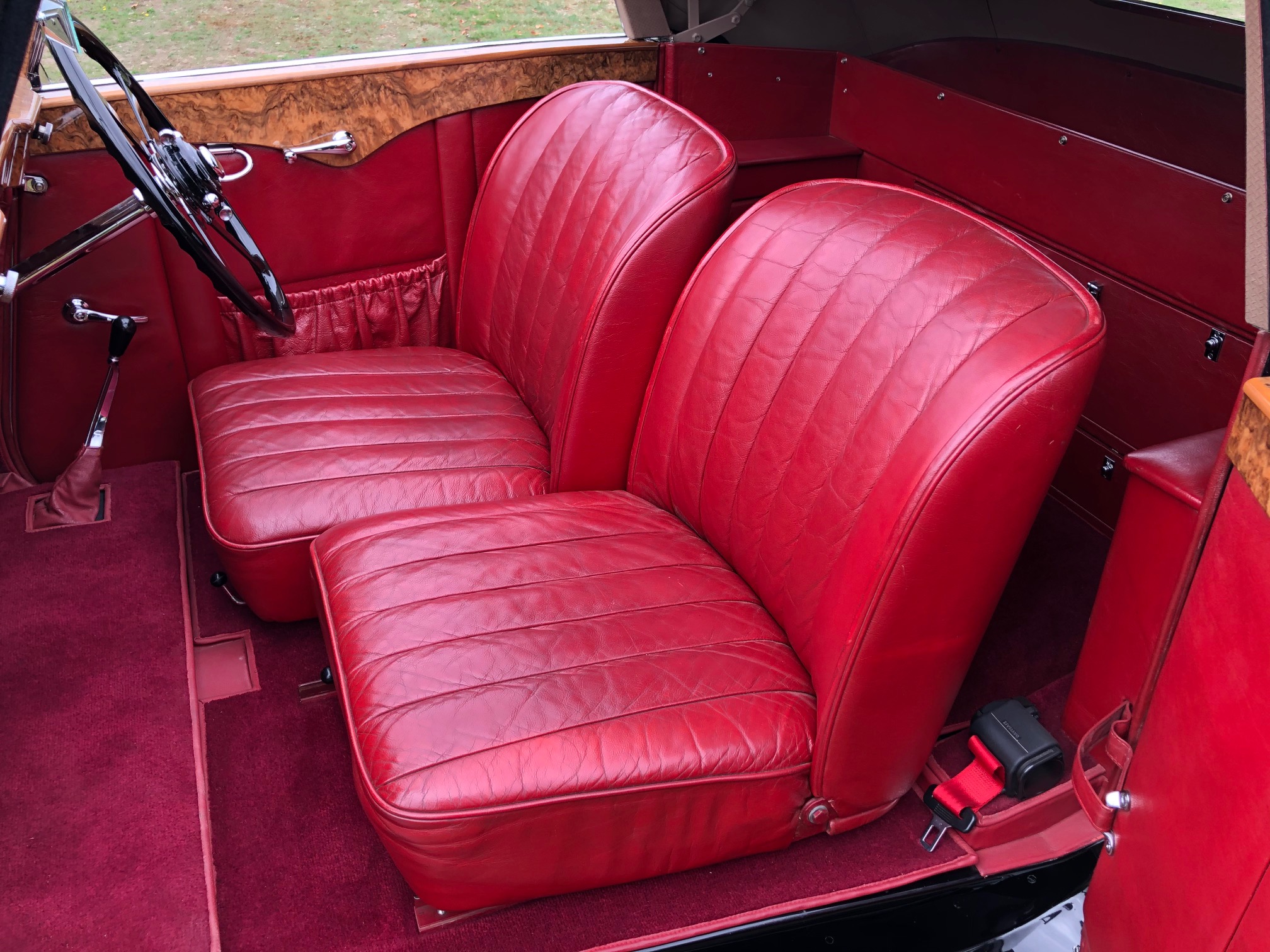 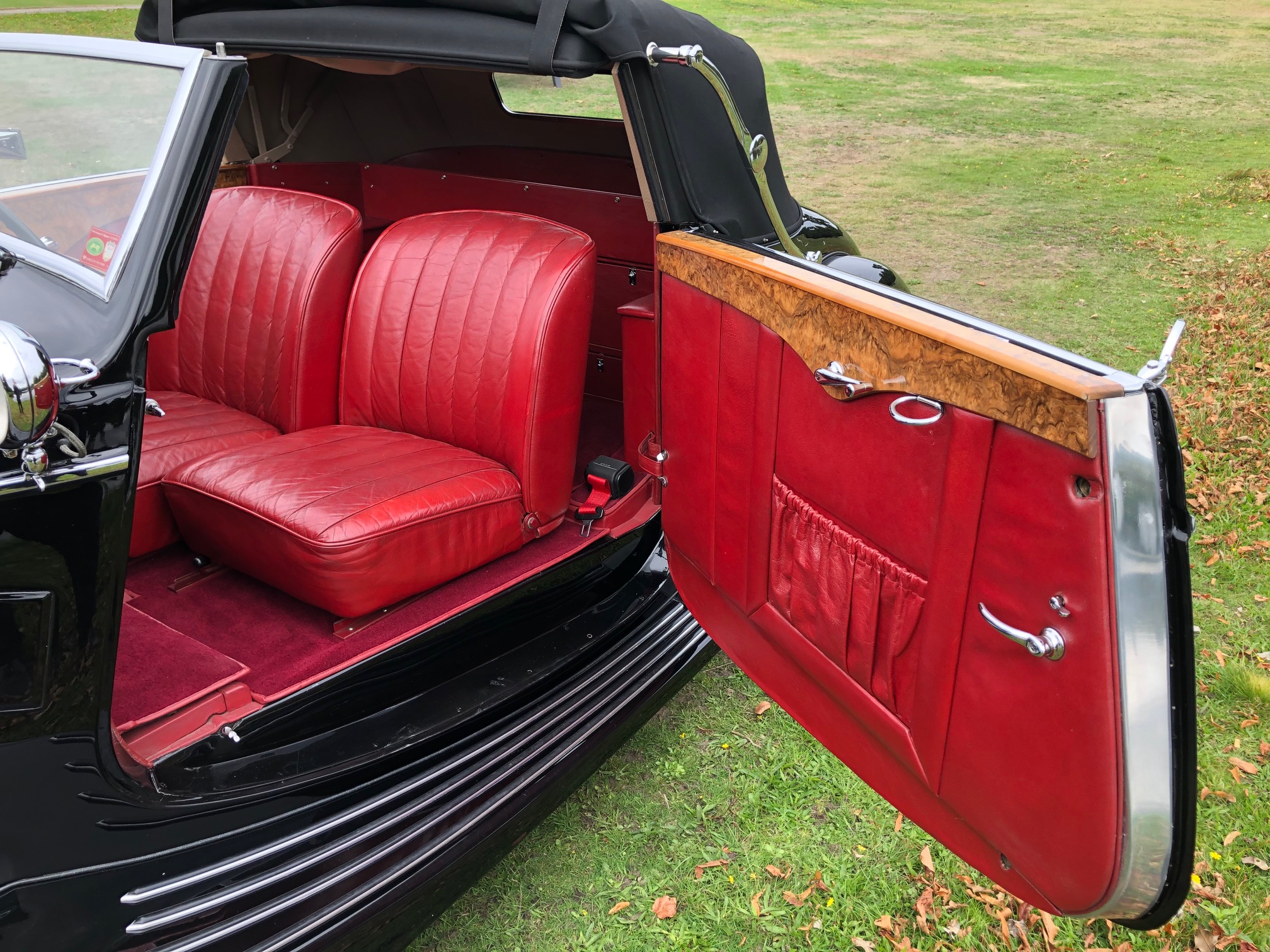 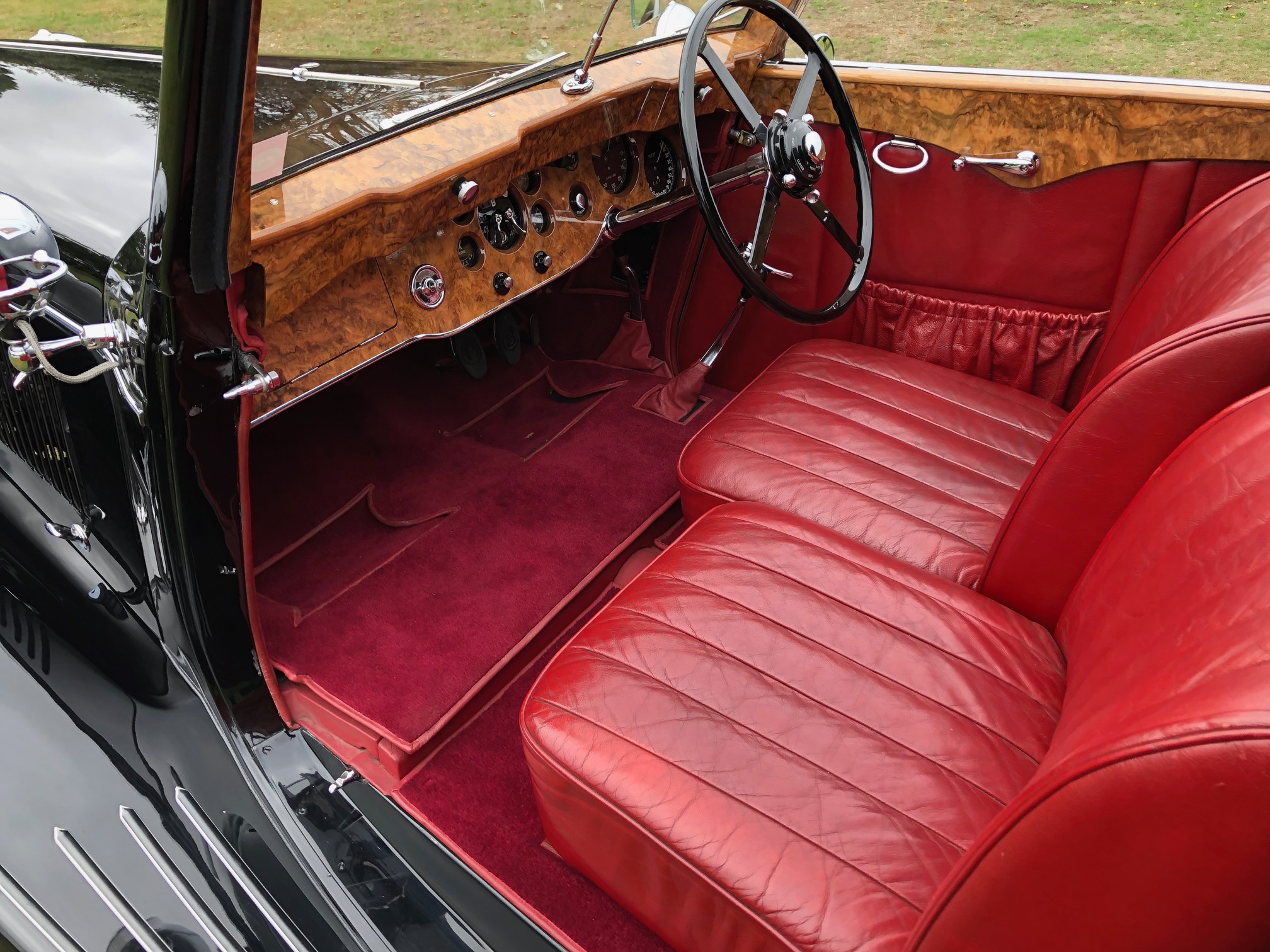 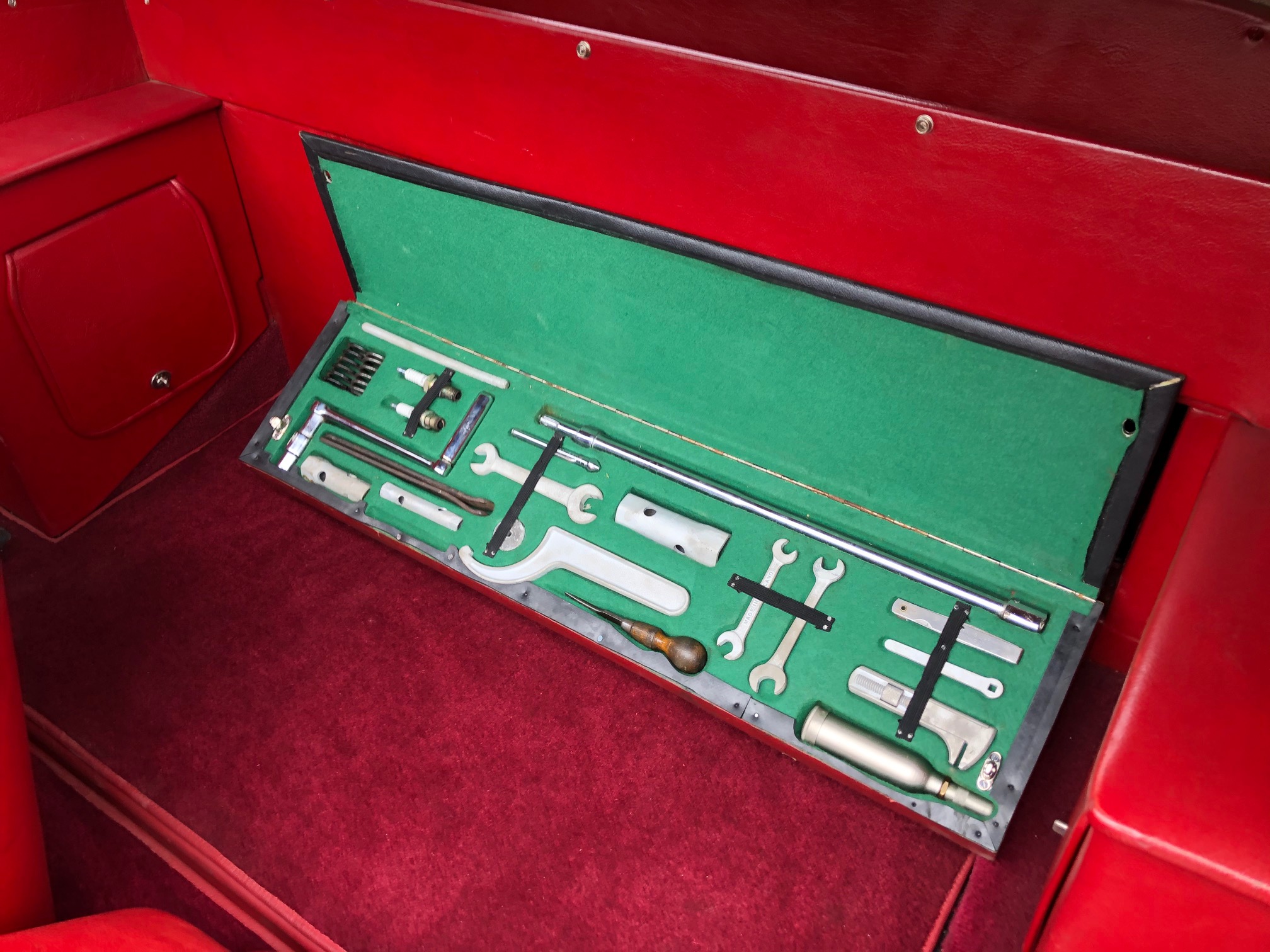 During the late 1920s and early 1930s Bentley ran into grave financial trouble and by 1931 Rolls-Royce had stepped in and bought the assets and goodwill of the defunct company and formed a new one, Bentley Motors (1931) Ltd. Rolls-Royce had considered the Bentley marque to be a growing threat to their future success, but following their purchase decided to continue the Bentley name, albeit under their own stewardship, taking the company in an entirely new direction with the creation of the Silent Sports Car or Derby Bentley. In 1933 the new Bentley 3.5 Litre model was released and was an instant success. The combination of effortless power and style met with almost universal praise. It was powered by a developed twin carburettor version of Rolls-Royces own 20/25 model and was installed in a low 126 inch wheelbase chassis that basically remained unaltered until the cessation of production in 1939 due to the outbreak of hostilities. Synchromesh was present on third and fourth gears and the Derbys were fitted with a cross flow cylinder head and superb servo assisted brakes, encapsulating all of the perfection of Rolls-Royce engineering in this small sporting Bentley. Fitting of individual coachwork by approved body builders continued in true Rolls-Royce fashion giving potential buyers a great deal of choice in the look of their new motor car. 1936 saw further improvements with the introduction of the 4.25 Litre model when production of the 3.5 Litre unit ceased. The coachwork options available to buyers of Derby Bentleys was wide, with numerous body builders in the UK, but a limited number of cars were bodied abroad, with Chassis No B90GA being perhaps one of the very best. Veth & Zoon began life in 1840 in Arnhem in Holland by building coachwork for horse drawn carriages before moving onto motor cars at the turn of the century. In 1914 they were appointed as the official coachbuilders to the Dutch Royal Family, making coachwork for a wide range of chassis, those included Bugatti, Hotchkiss, Talbot Lago and of course Bentley. Following world war two, they diversified into the construction of truck bodies and still exist as a company today, although they have not made bodies for motor cars for over sixty years.

Chassis No B90GA is one of just two bodies they made for Bentley chassis, both were drophead coupes, with Chassis No B21EJ being the other car. Chassis No B90GA was completed in March of 1936 making it one of the first 4.25 Litre models produced. It was originally built for Mr S Van Linge, a Dutchman who wanted to retain and use the car in Holland. Mr Van Linge was a great admirer of the Merdedes-Benz 540K Specials Roadsters and wanted his new Bentley to look very similar, something Veth & Zoon clearly achieved. It was ordered with a km per hour speedometer and fuel gauge in litres, making it ideal for Continental motoring. Some years later the car found its way to the United States before returning to the UK in the early 1990s. Fiennes Engineering did a substantial amount of work to Chassis No B90GA in the mid 1990s and on completion the car was rewarded with a class win at the 1996 Bentley Drivers Club concours. In more recent times, Chassis No B90GA has been restored to show quality by Alpine Eagle, the works included a re-paint, chrome restoration, interior improvements, a new hood and full mechanical preparation including an engine overhaul. The result is a car of exceptional beauty with the condition to match, making it ideal for touring, concours events, or both. We have been fortunate enough to offer some superb Derby Bentleys for sale over the years, this car may be the very best example and we are delighted to offer it for sale at this time. Chassis No B90GA looks equally beautiful and stylish in all three hood positions, offering the next fortunate owner various options depending on the weather. It is complete with large and small tools, copy chassis cards, handbook and a detailed history file and should be seen in person to be truly appreciated.