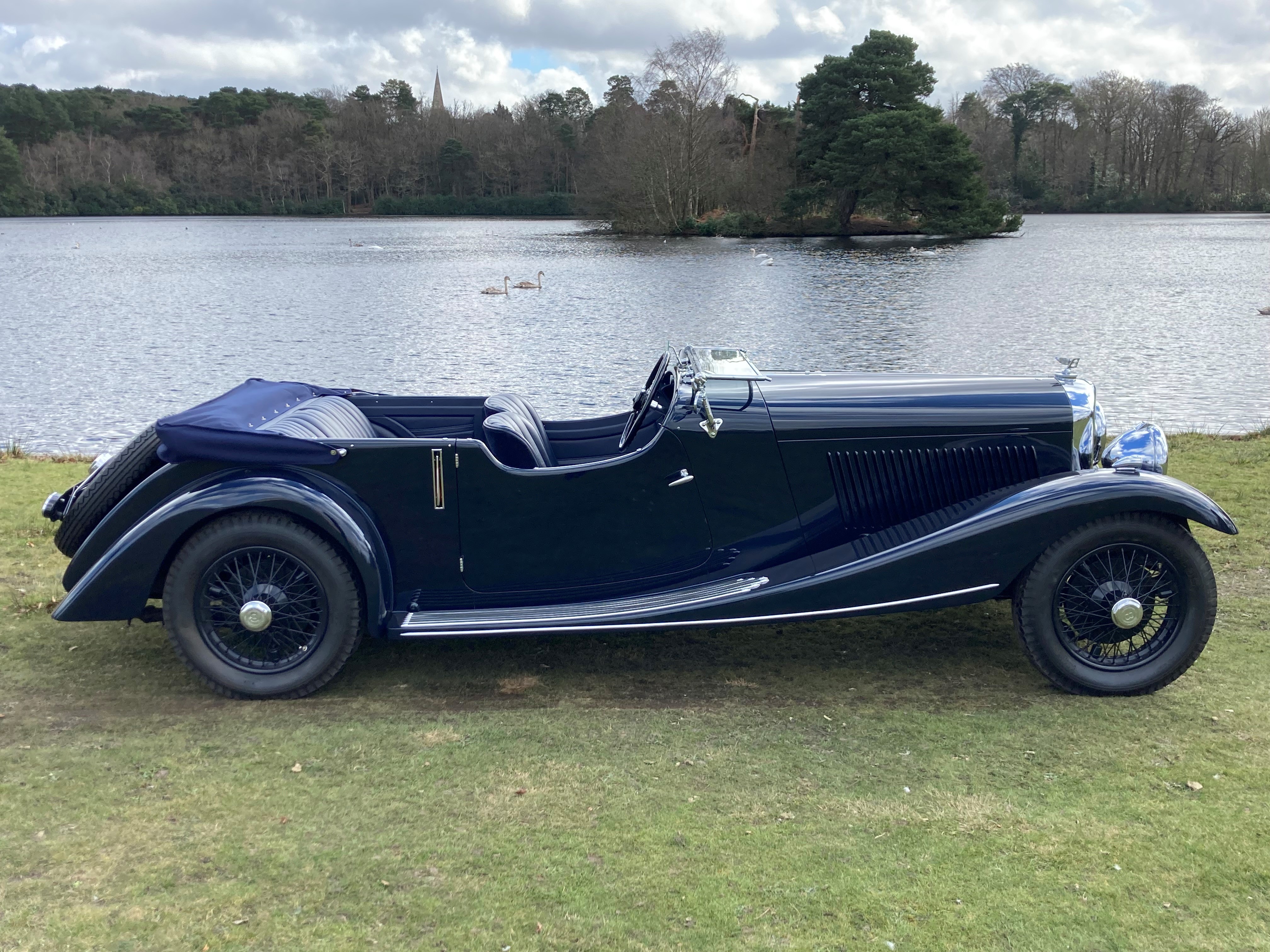 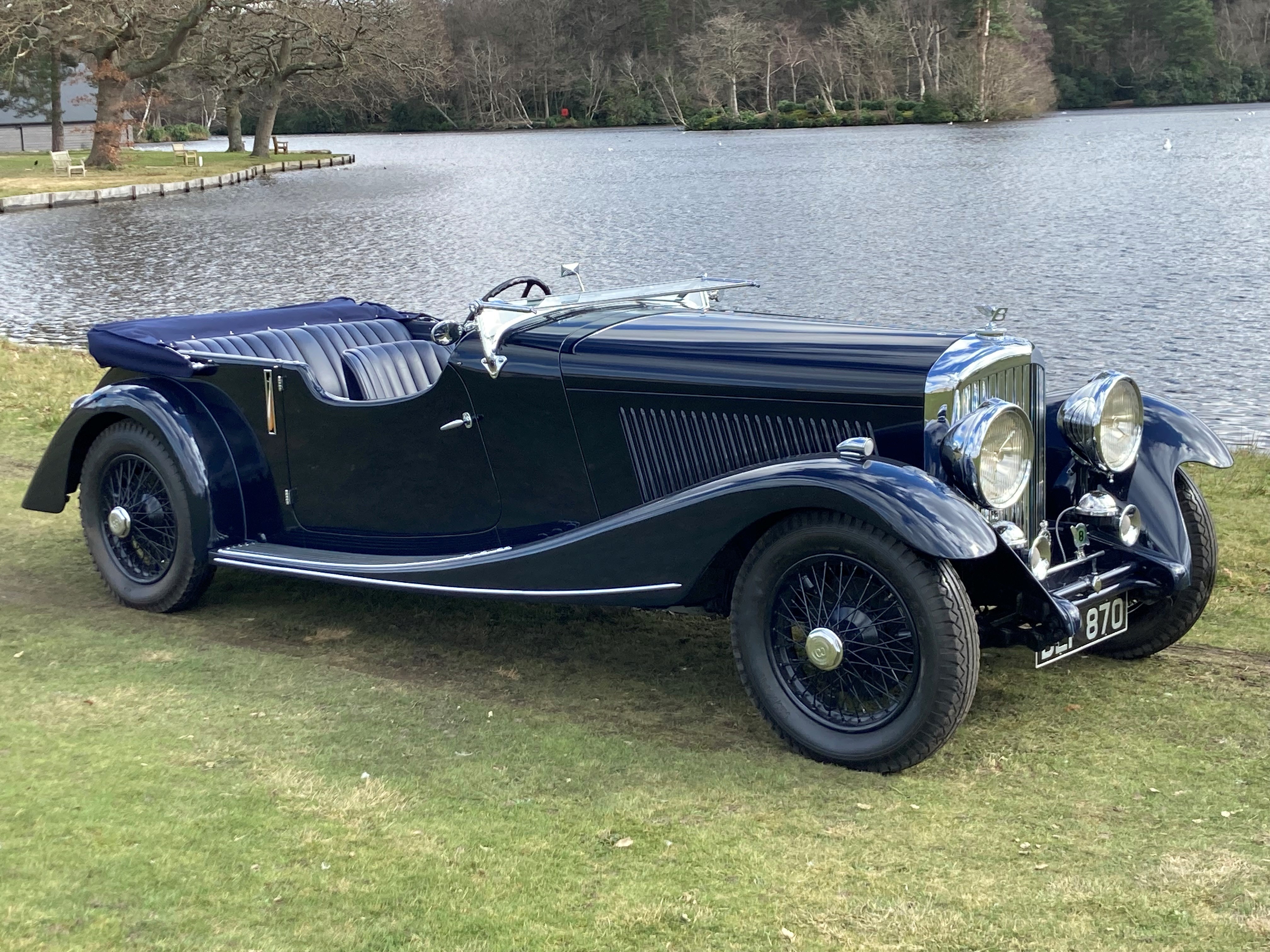 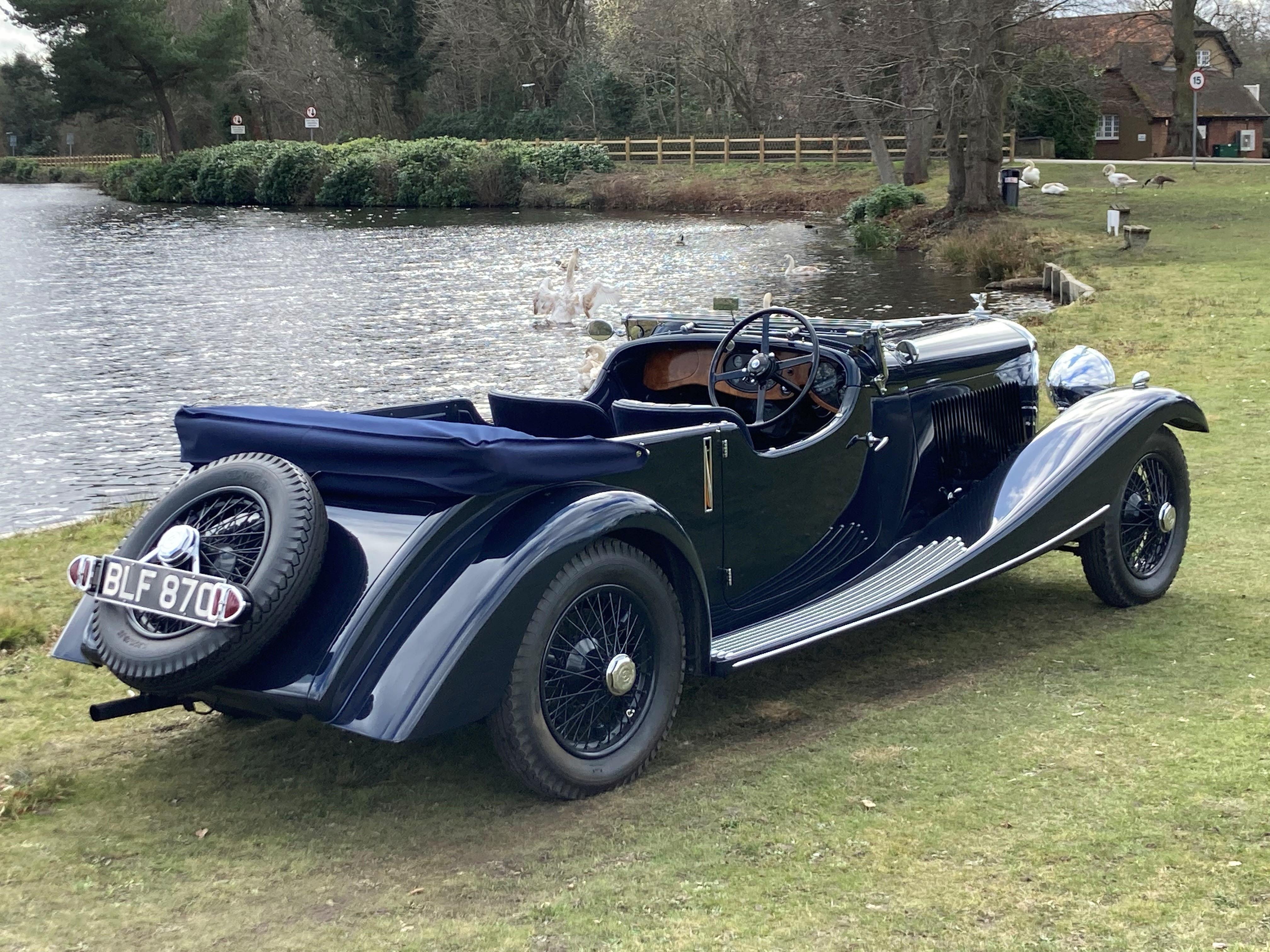 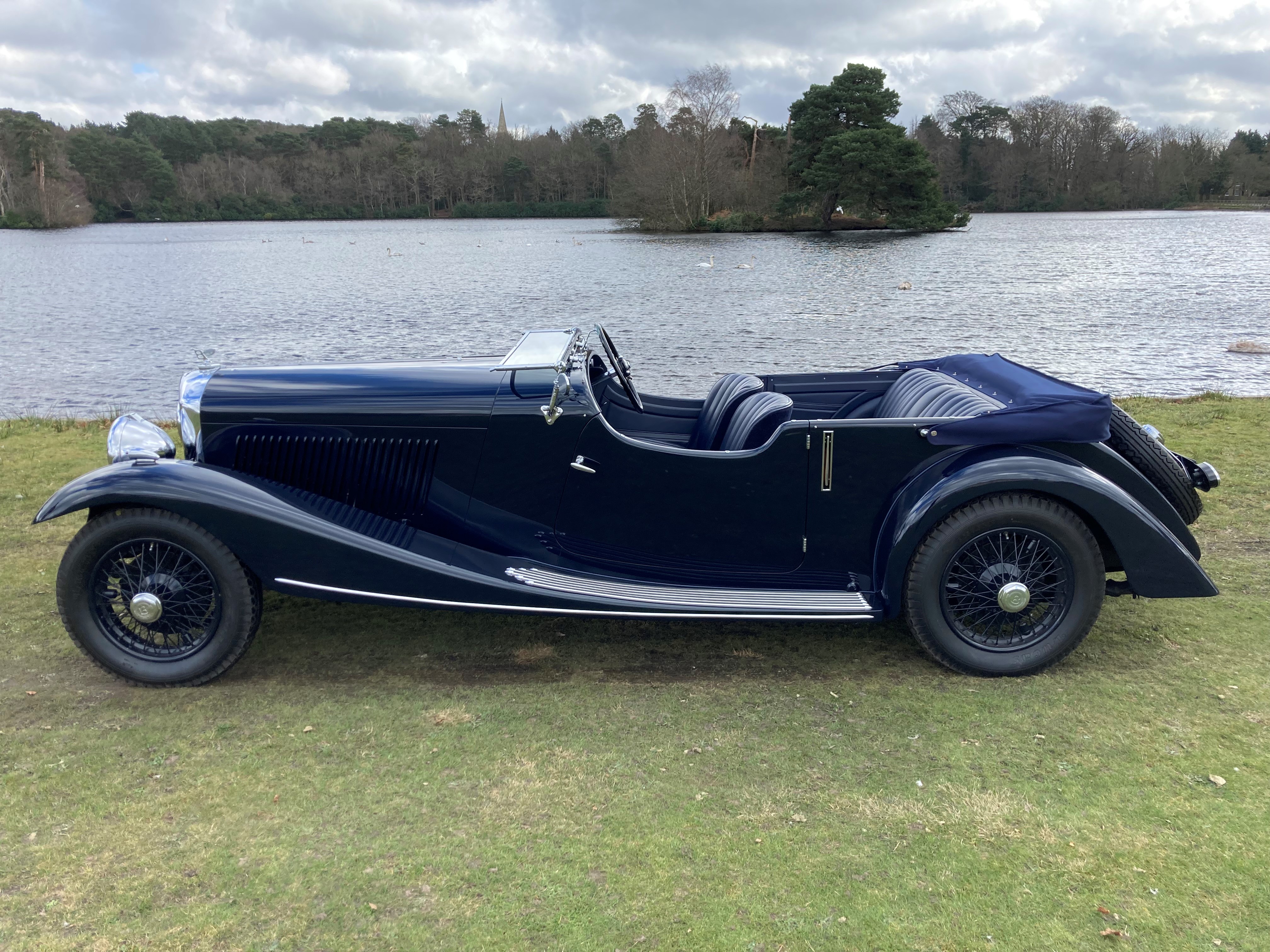 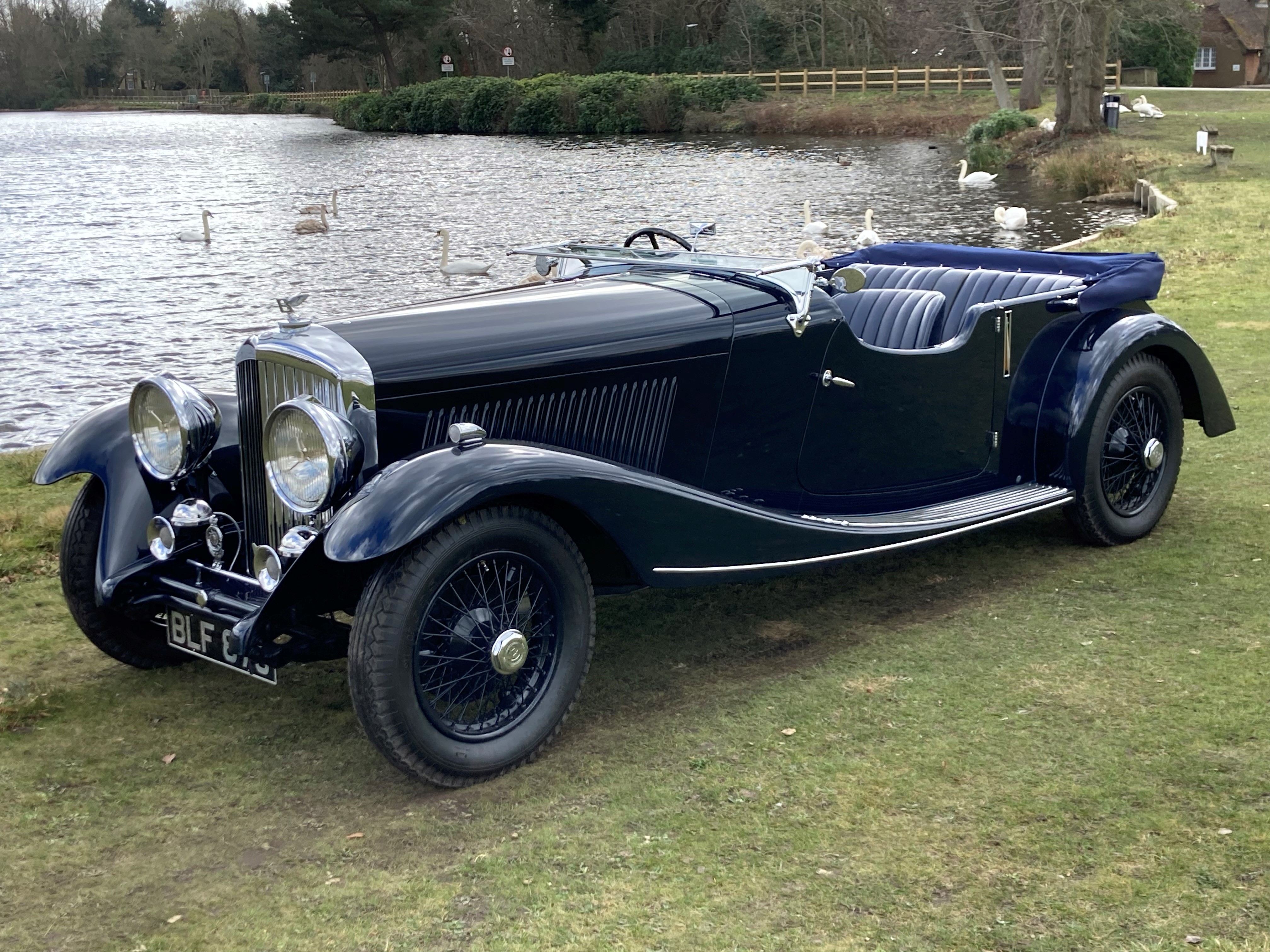 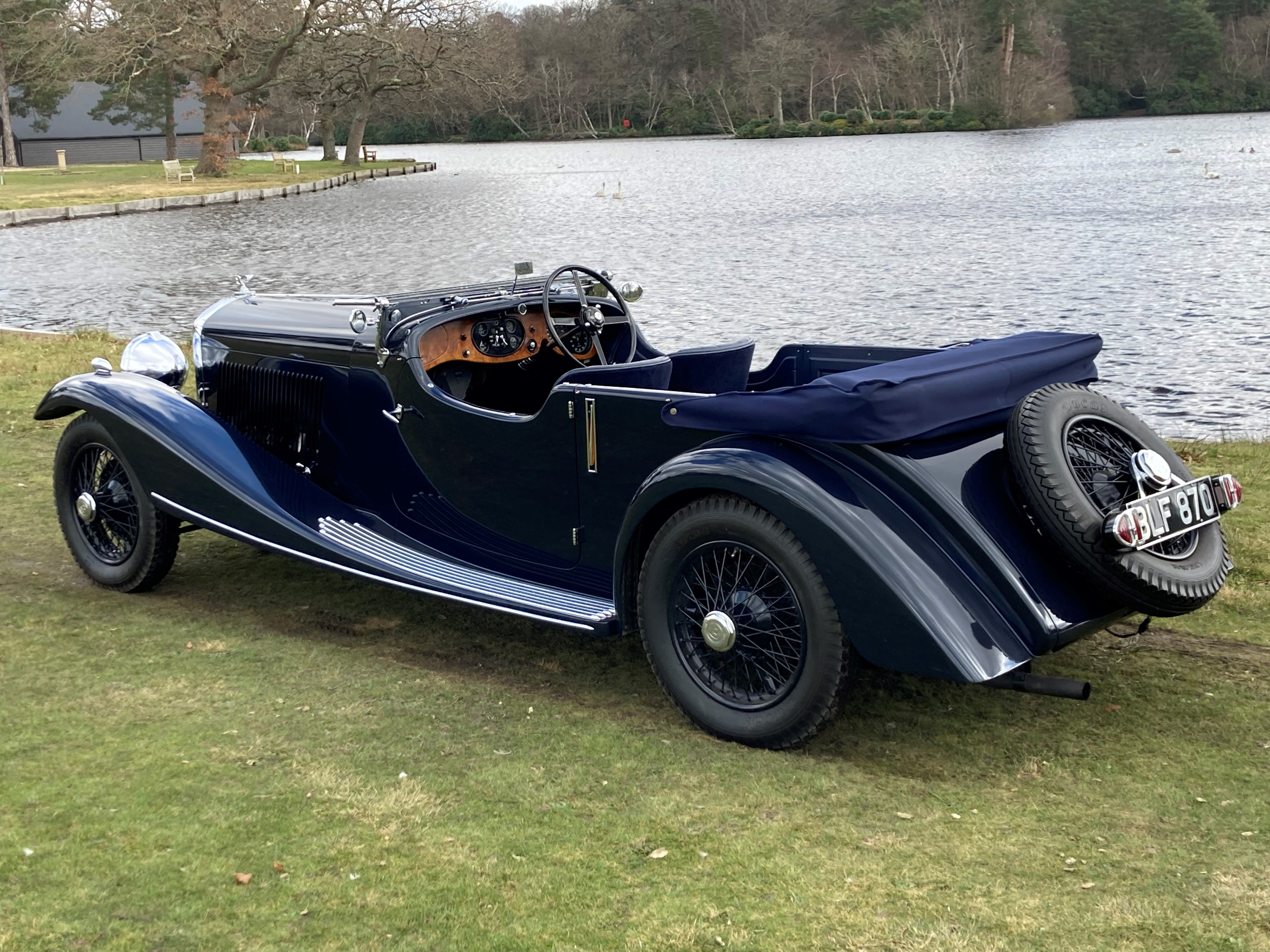 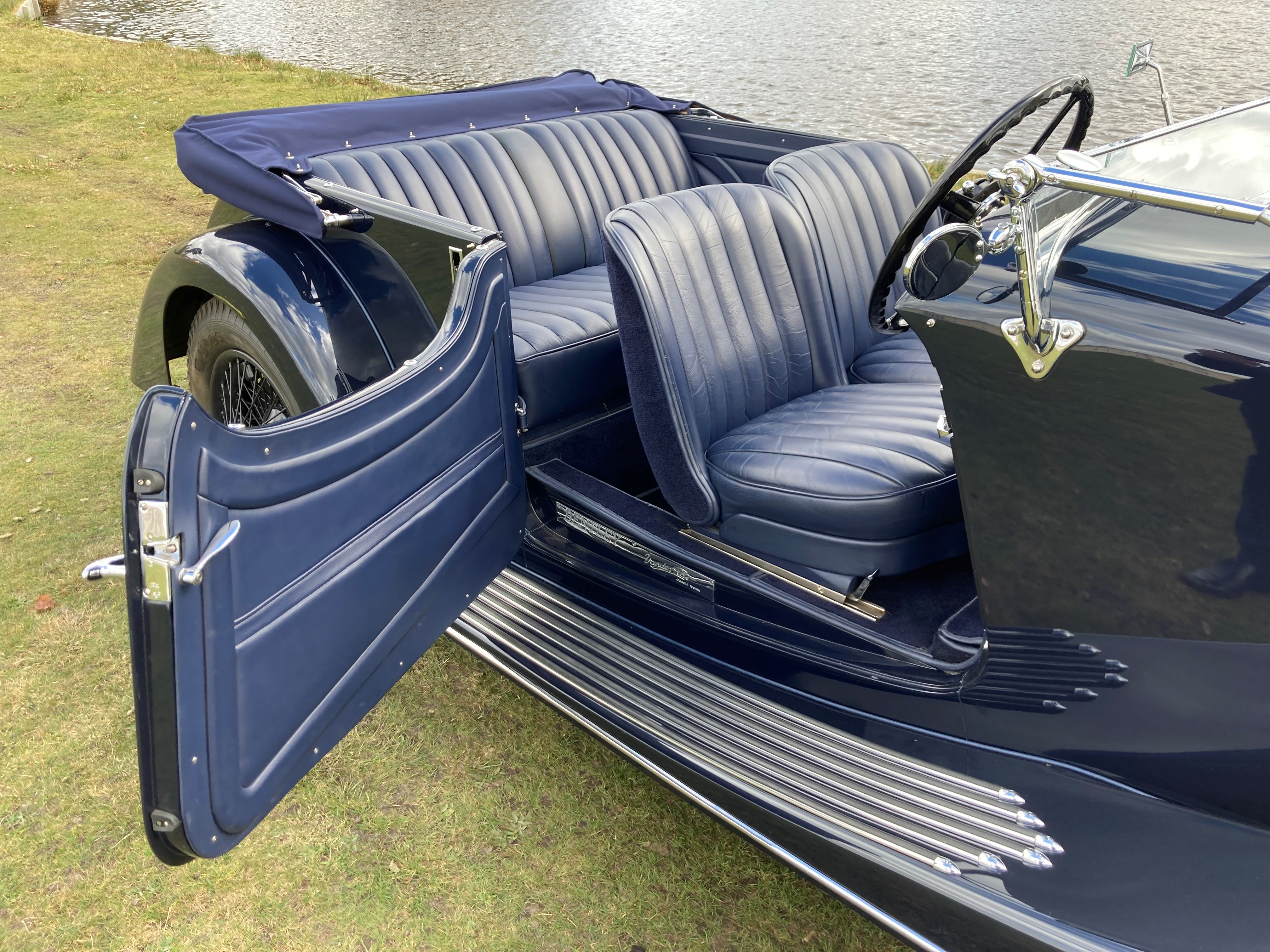 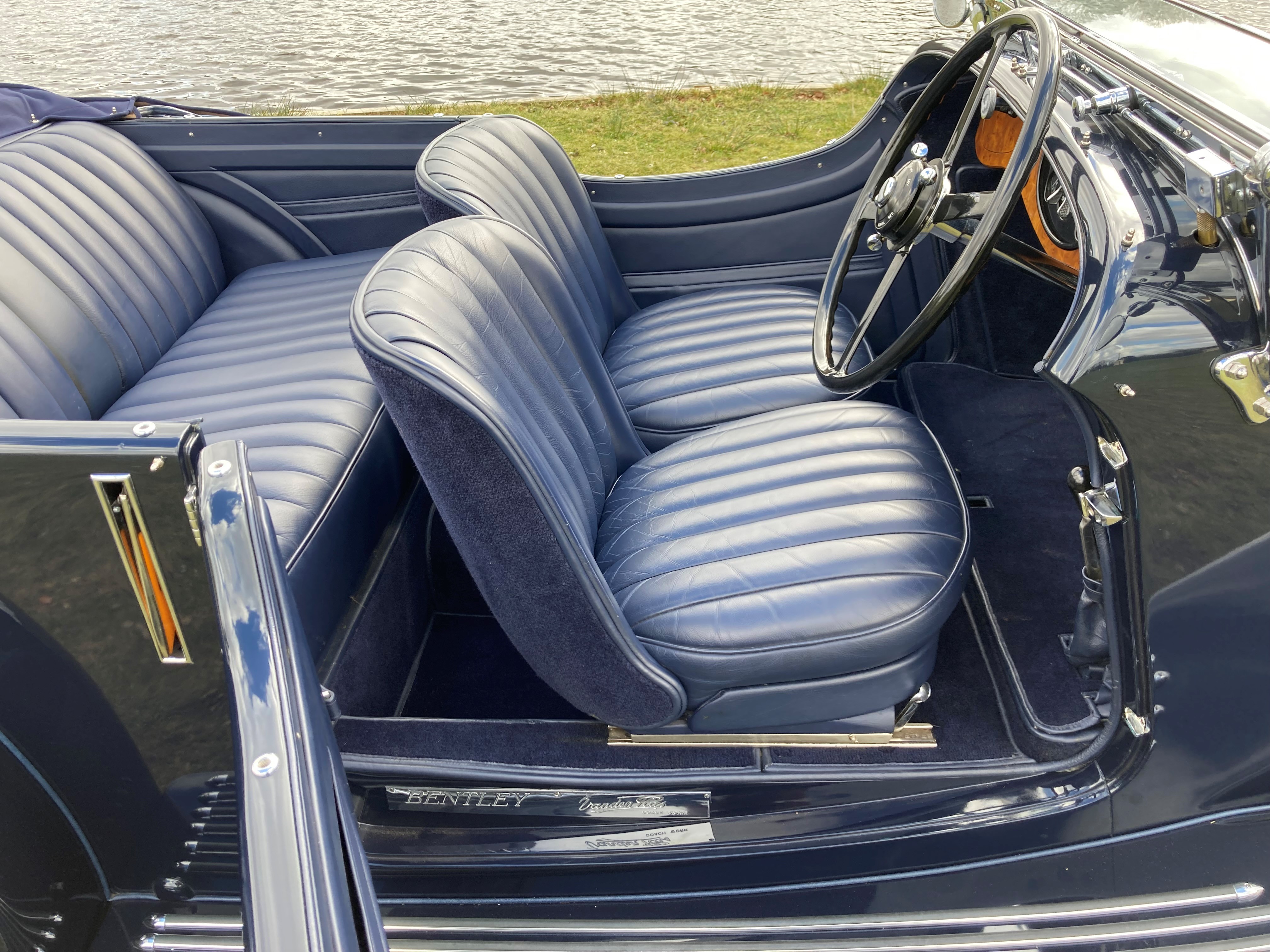 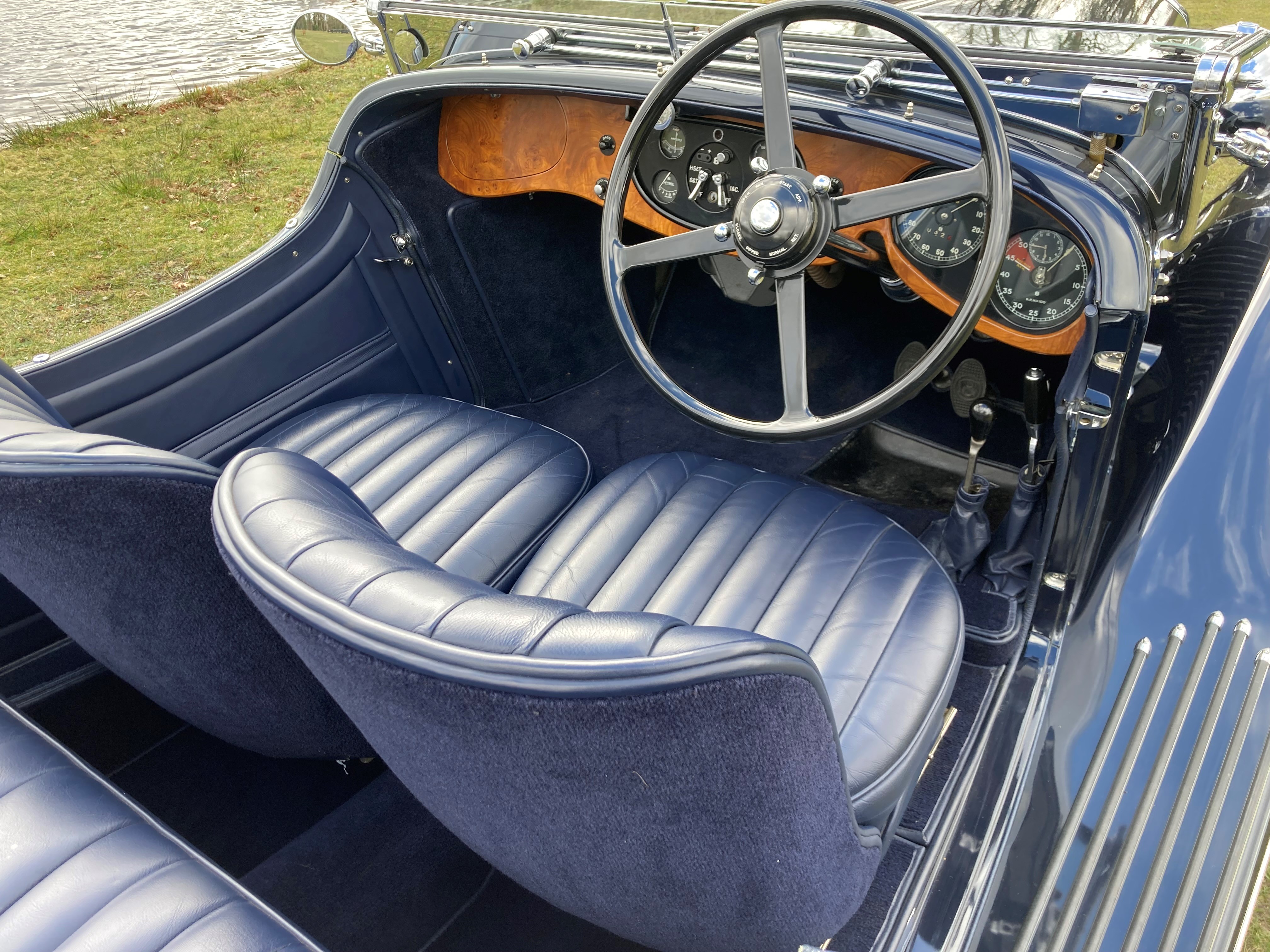 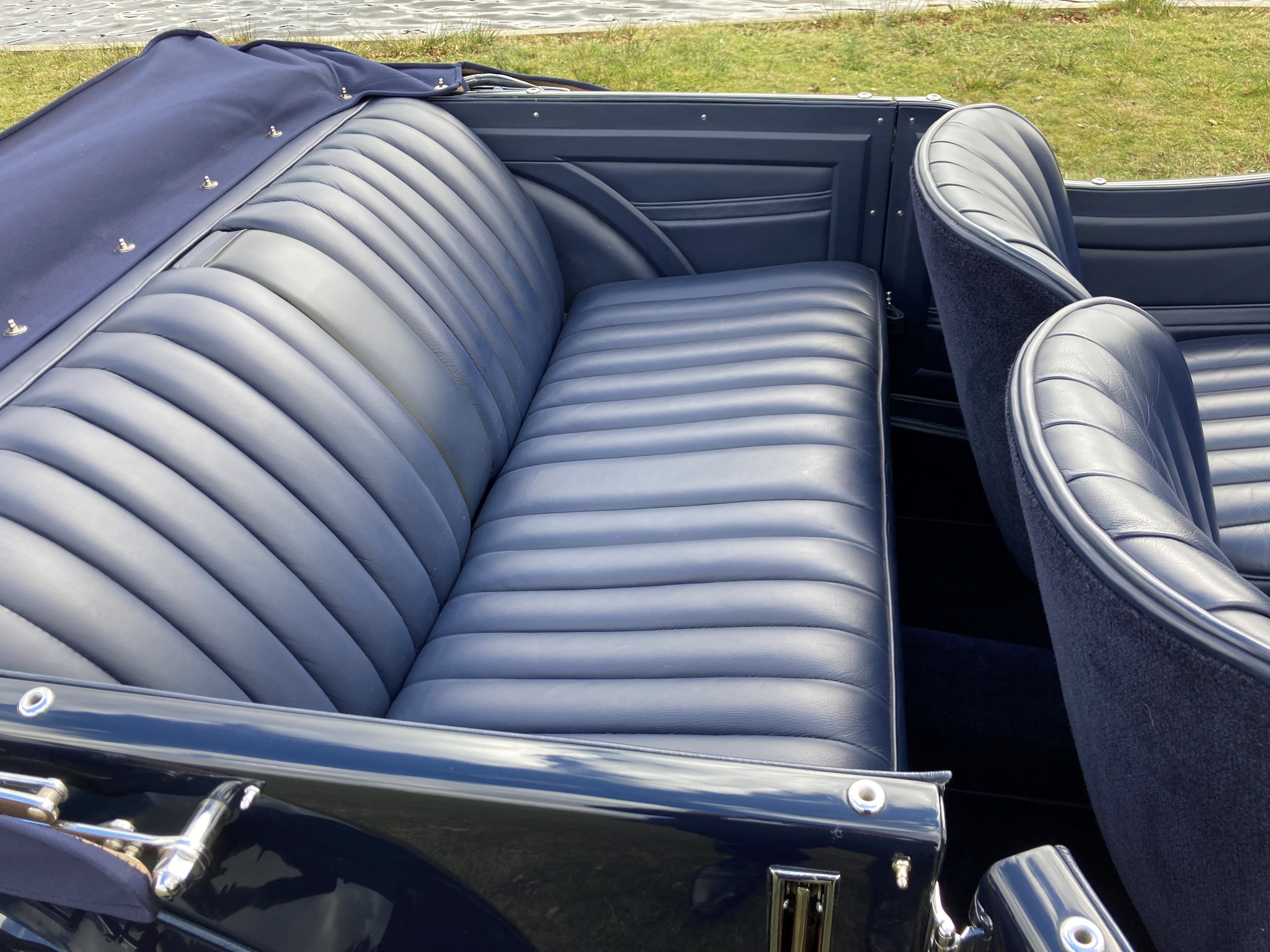 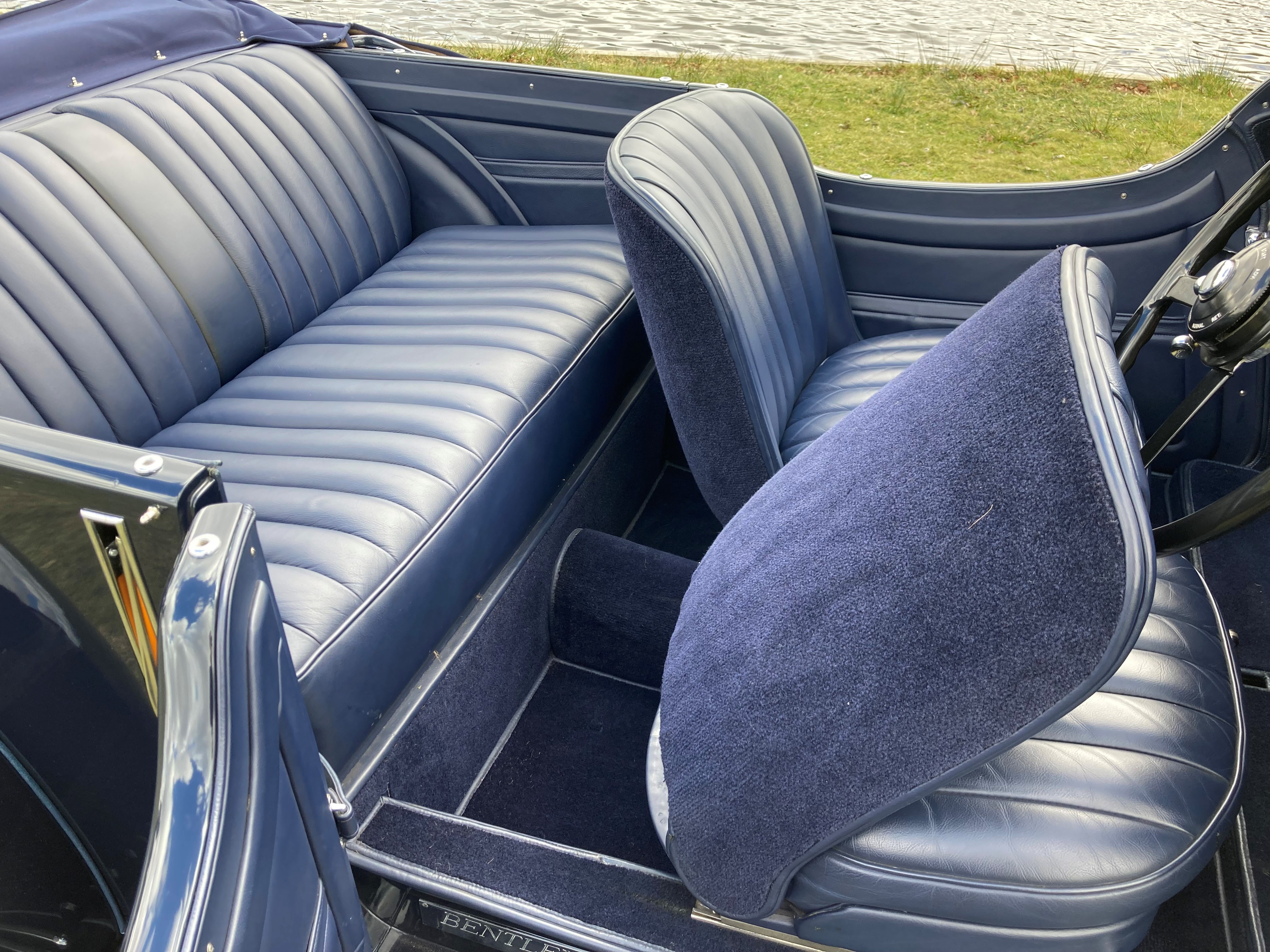 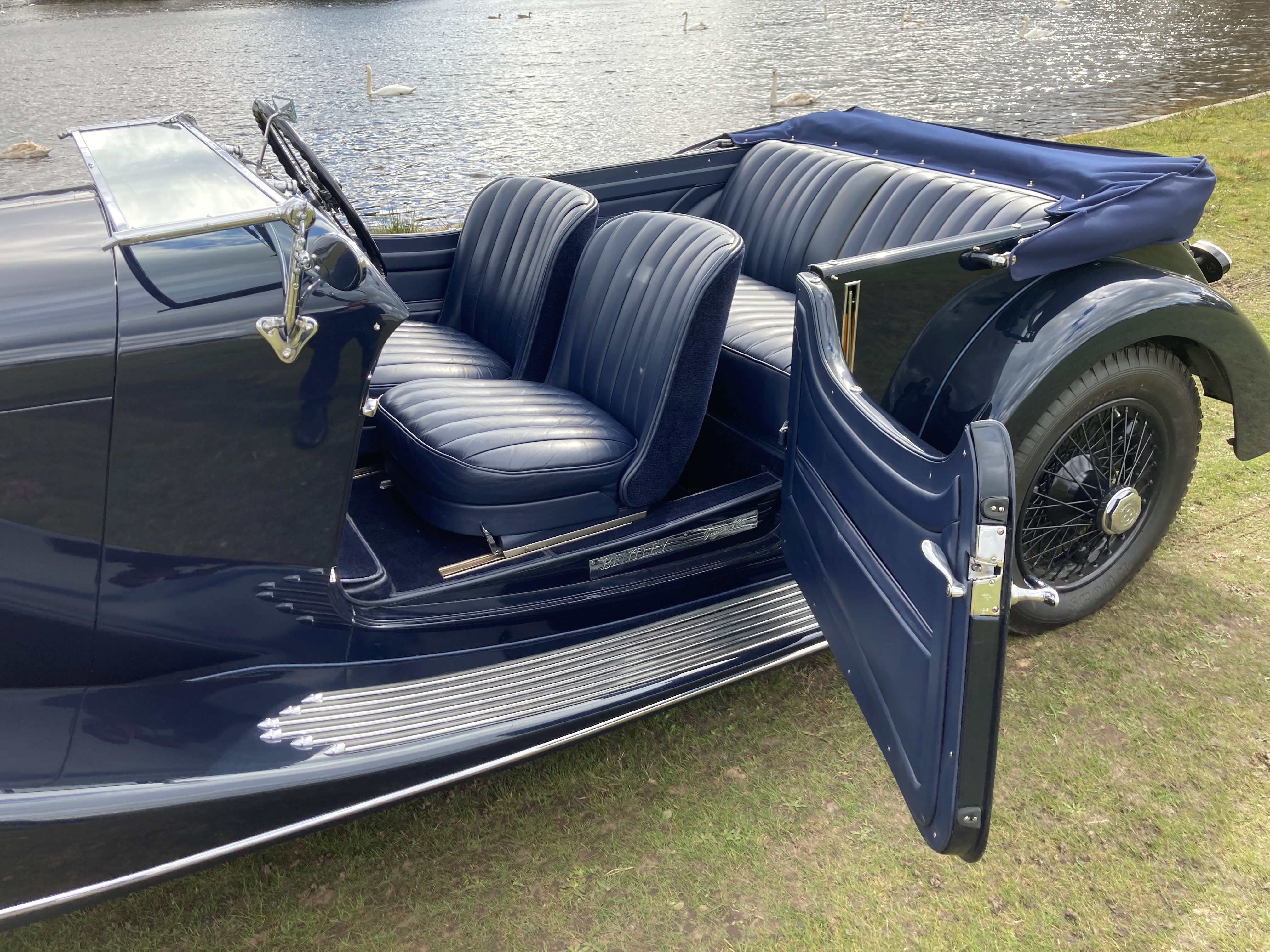 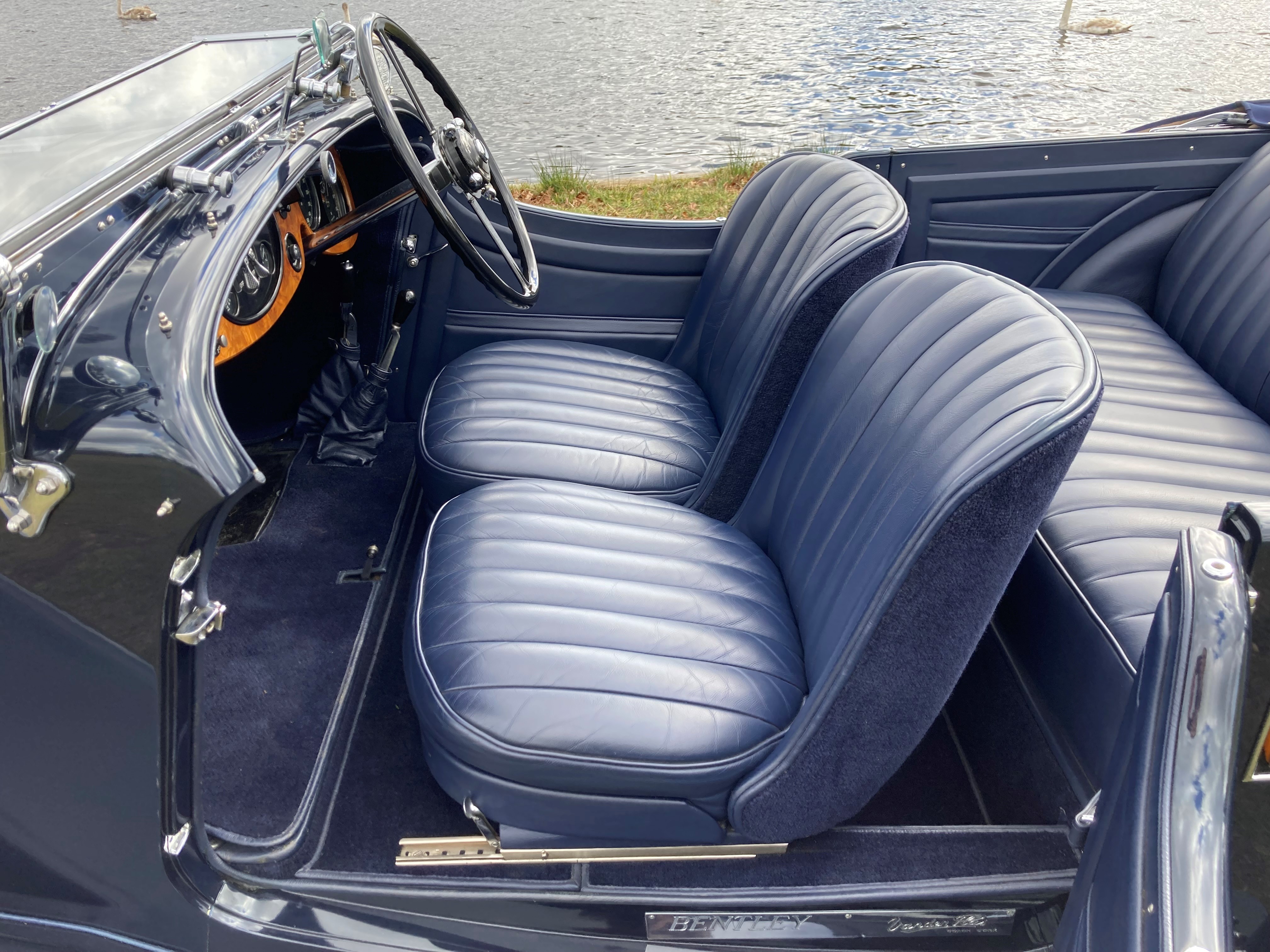 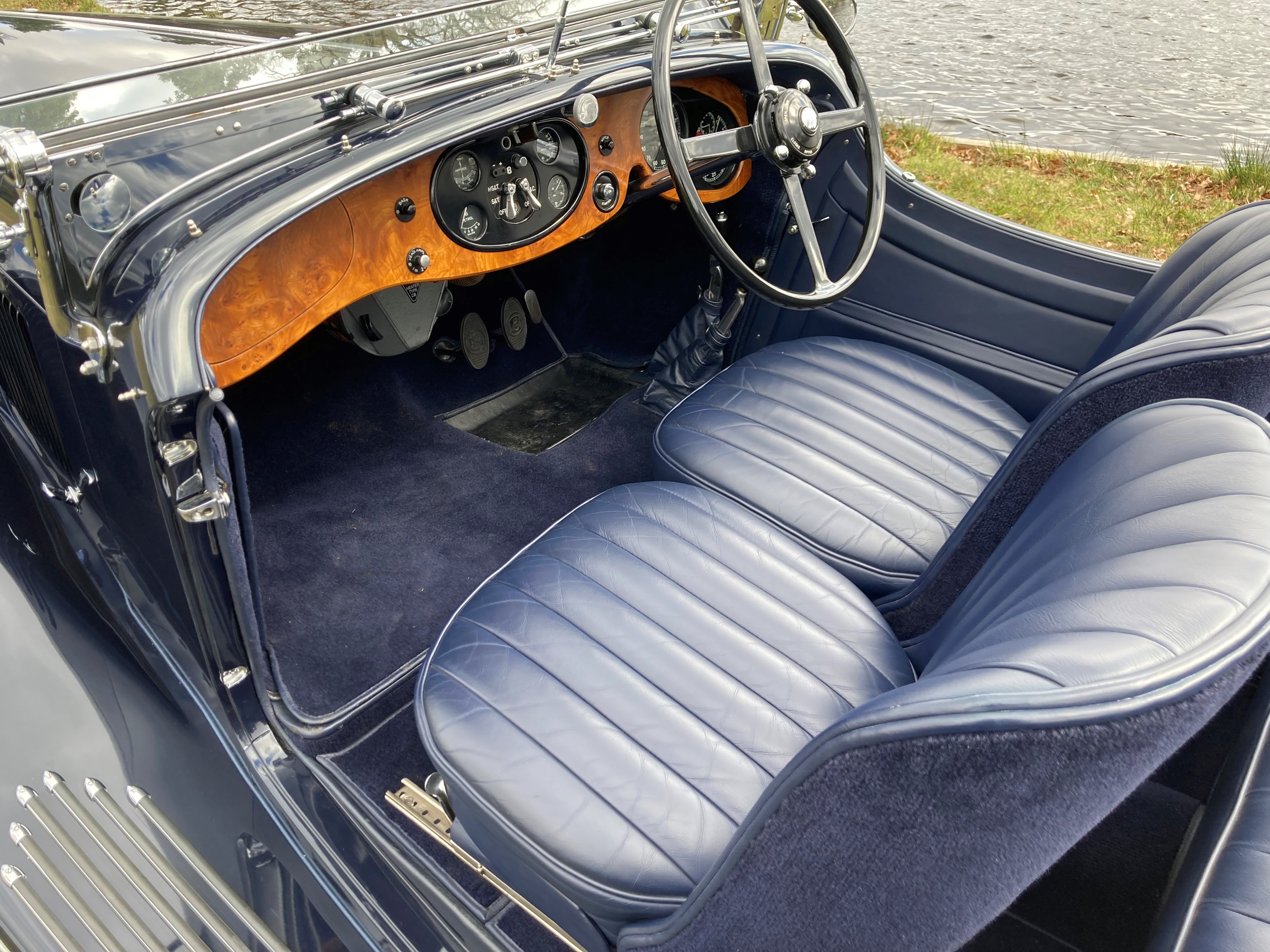 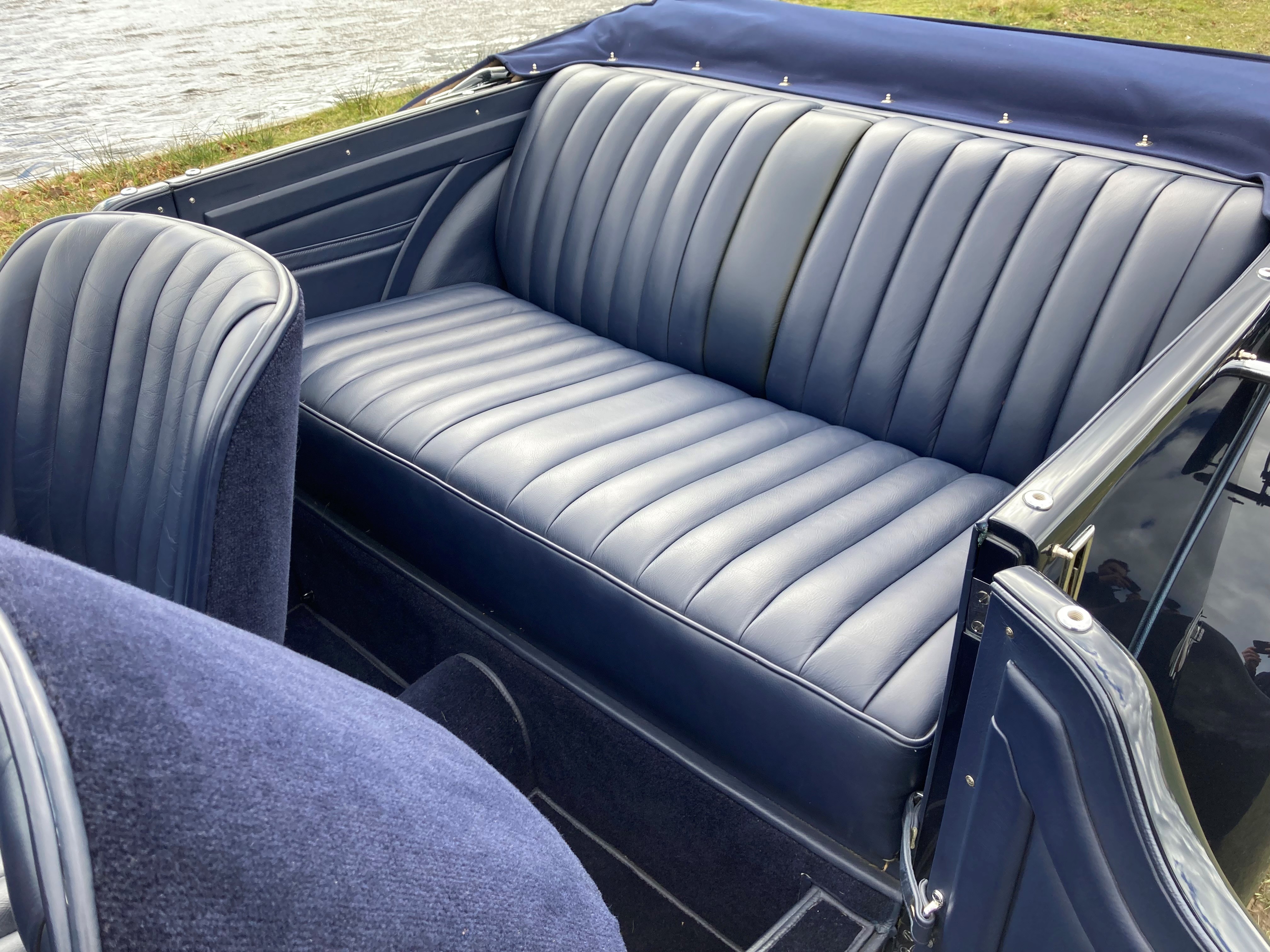 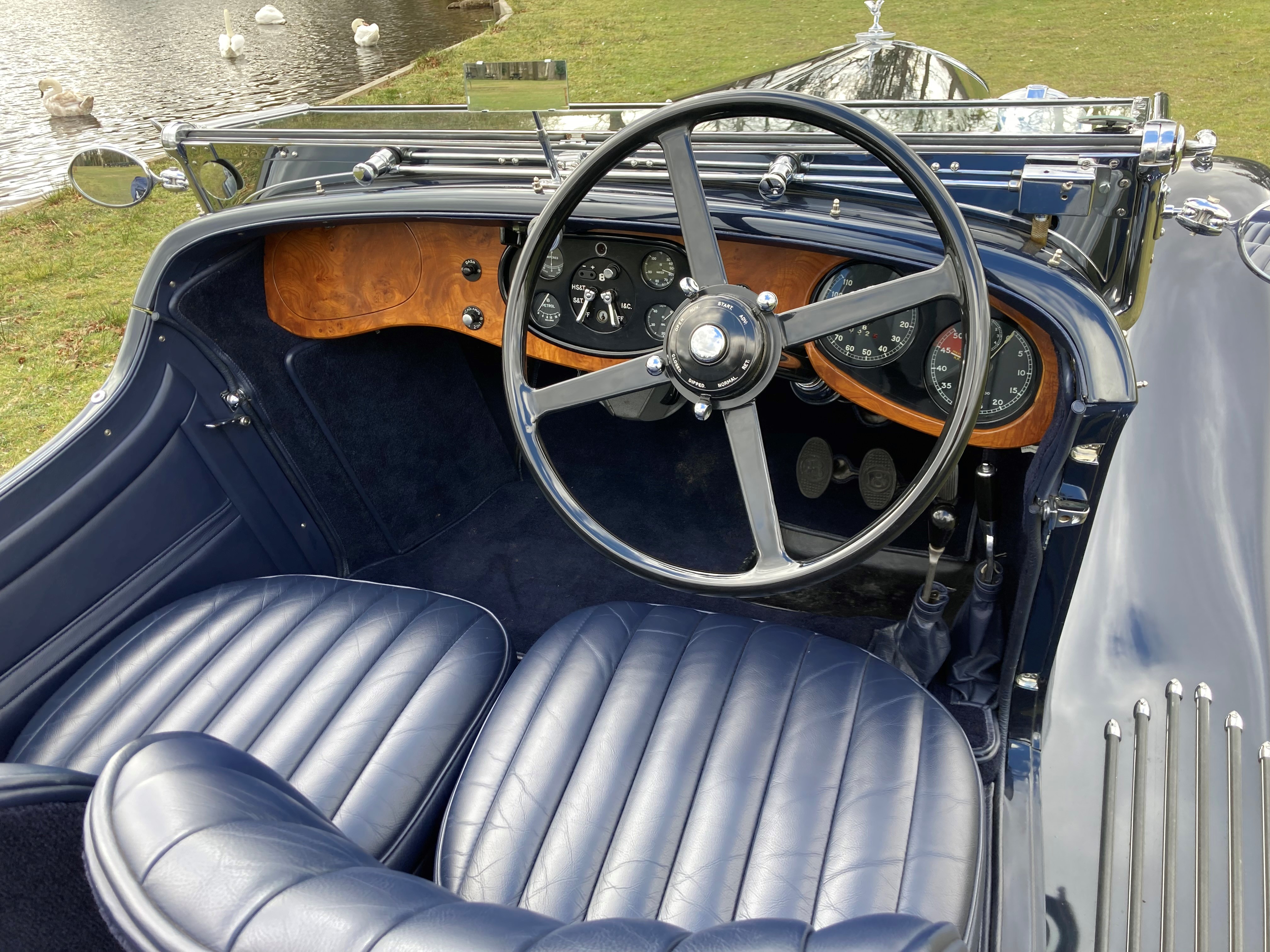 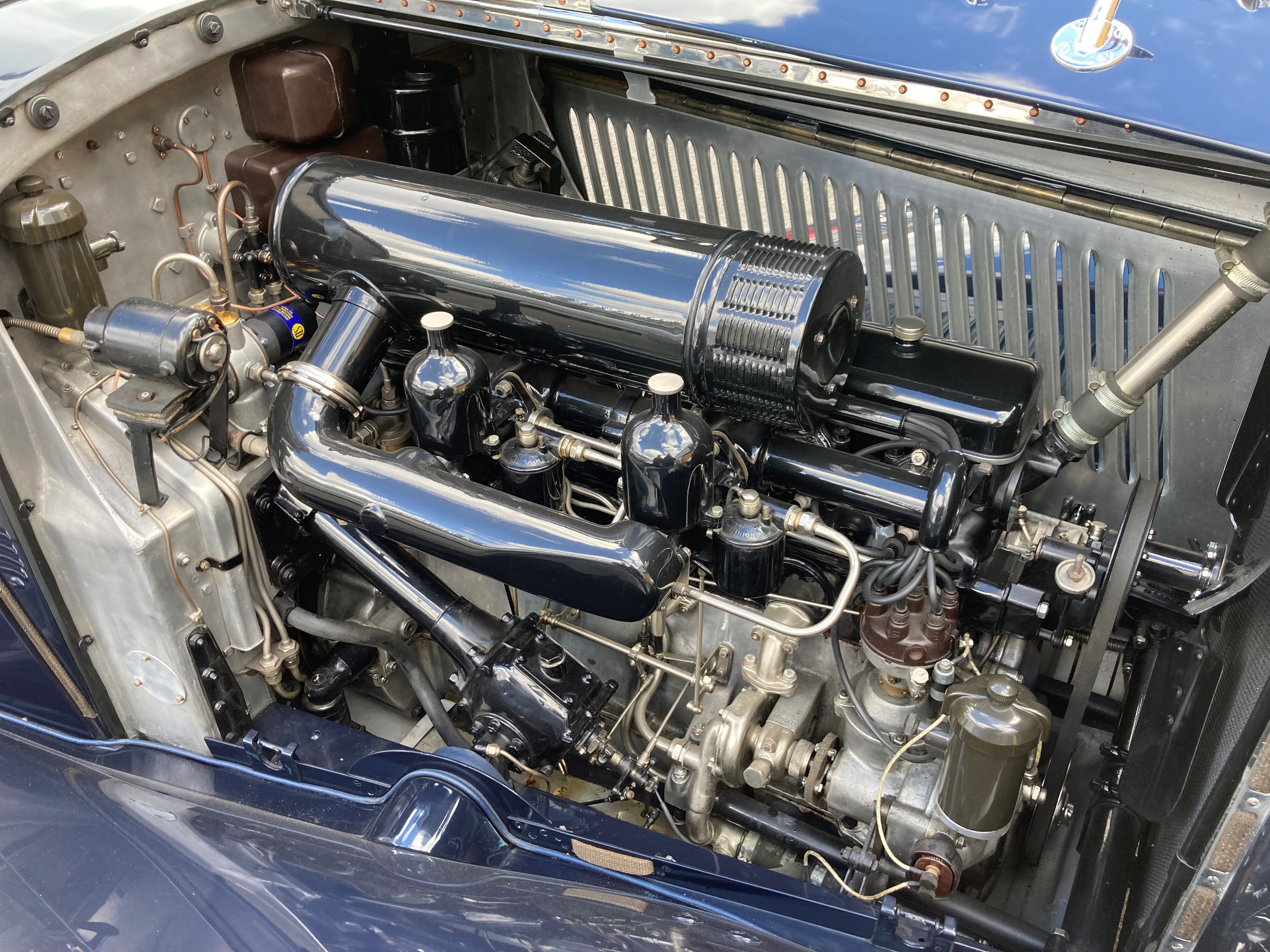 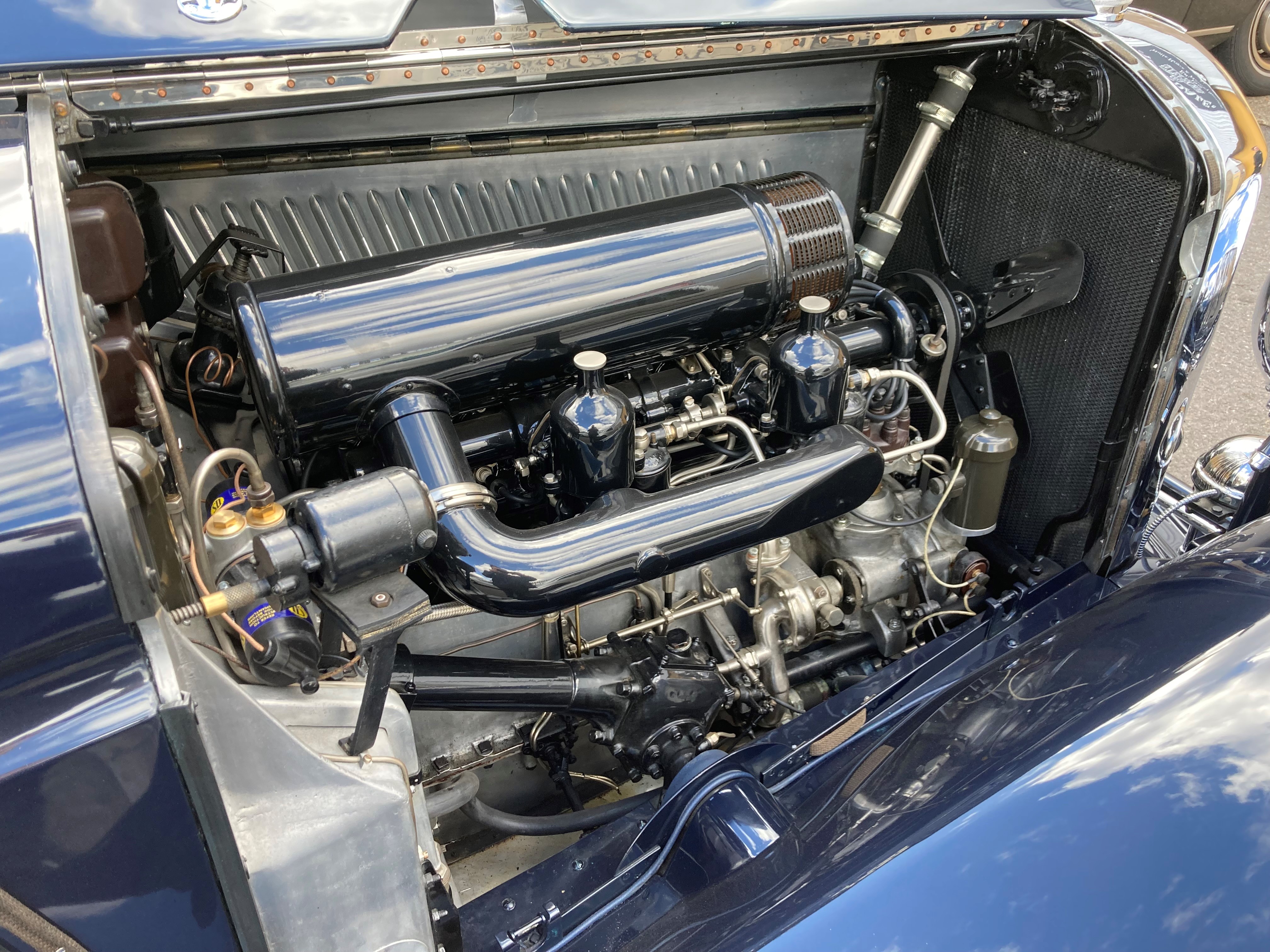 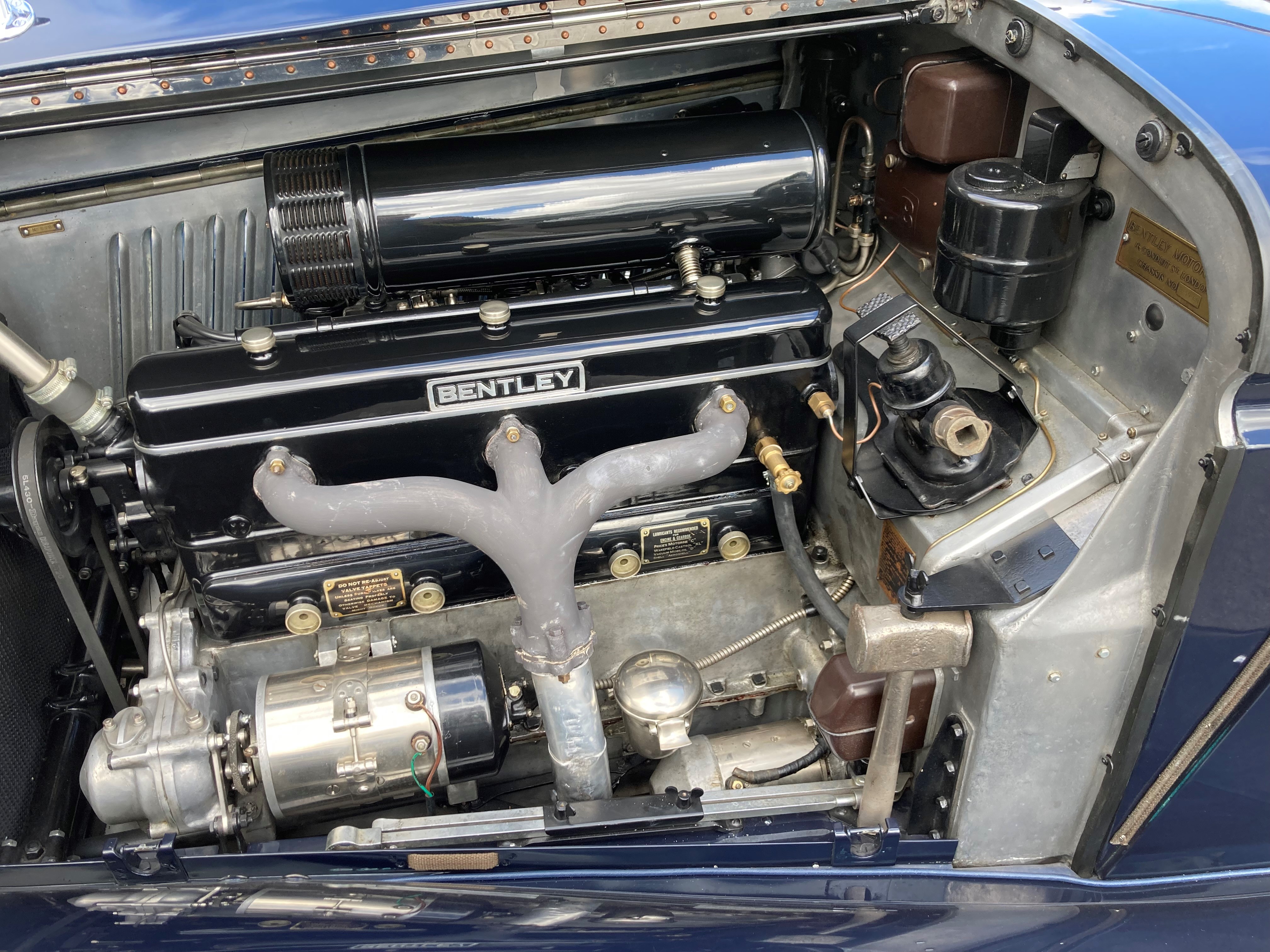 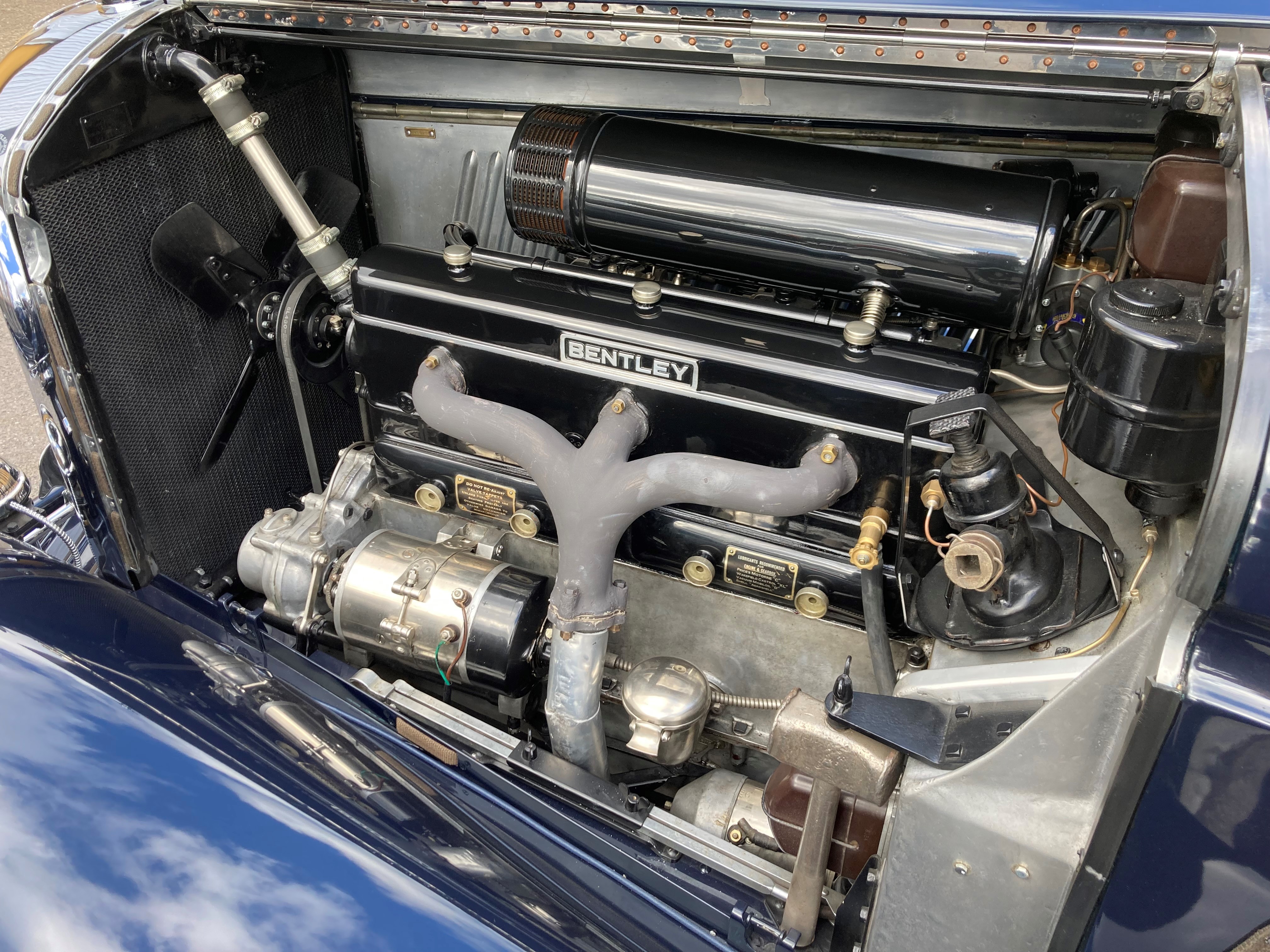 During the late 1920s and early 1930s Bentley ran into grave financial trouble and by 1931 Rolls-Royce had stepped in and bought the assets and goodwill of the defunct company and formed a new one, Bentley Motors (1931) Ltd. Rolls-Royce had considered the Bentley marque to be a growing threat to their future success, but following their purchase decided to continue the Bentley name, albeit under their own stewardship, taking the company in an entirely new direction with the creation of the Silent Sports Car or Derby Bentley. In 1933 the new Bentley 3.5 Litre model was released and was an instant success. The combination of effortless power and style met with almost universal praise. It was powered by a developed twin carburettor version of Rolls-Royces own 20/25 model and was installed in a low 126-inch wheelbase chassis that basically remained unaltered until the cessation of production in 1939 due to the outbreak of hostilities. Synchromesh was present on third and fourth gears and the Derby’s were fitted with a crossflow cylinder head and superb servo assisted brakes, encapsulating all of the perfection of Rolls-Royce engineering in this small sporting Bentley. Fitting of individual coachwork by approved body builders continued in true Rolls-Royce fashion giving potential buyers a great deal of choice in the look of their new motor car.

Vanden Plas is a name synonymous and forever linked with the Bentley marque, with their coachwork being fitted to so many famous and successful Cricklewood built cars in the 1920’s with numerous high-profile victories at Brooklands and in the 24-hour race at Le Mans. However, their work on the new Derby built chassis in the early 1930’s was also superb with beautiful lines combined with top-class construction and build quality.

Chassis No B59BN is one of their most popular designs on the Derby chassis, fitted with four seat open tourer coachwork. This car is one of thirty-nine such examples built on the 3 ½ Litre chassis and is probably the best example in the world in terms of condition. It was beautifully restored to concours winning condition around ten years ago and has been expertly maintained ever since. It also benefits from having an overdrive system fitted, which can be activated at the push of a switch, giving the driver that extra option when touring at speed. This beautiful motorcar comes fully prepared and is ready for touring, or showing at concours level, or both.