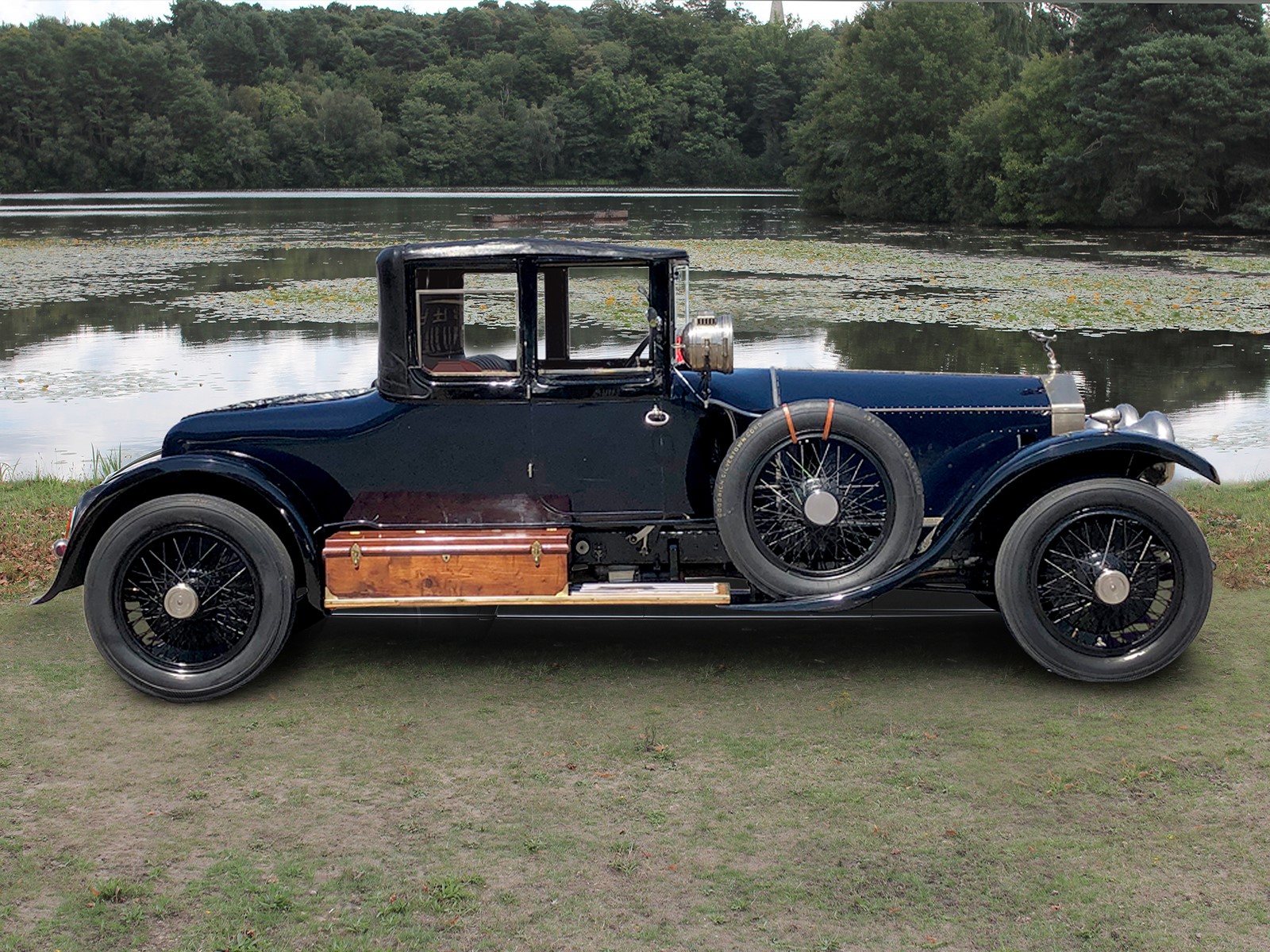 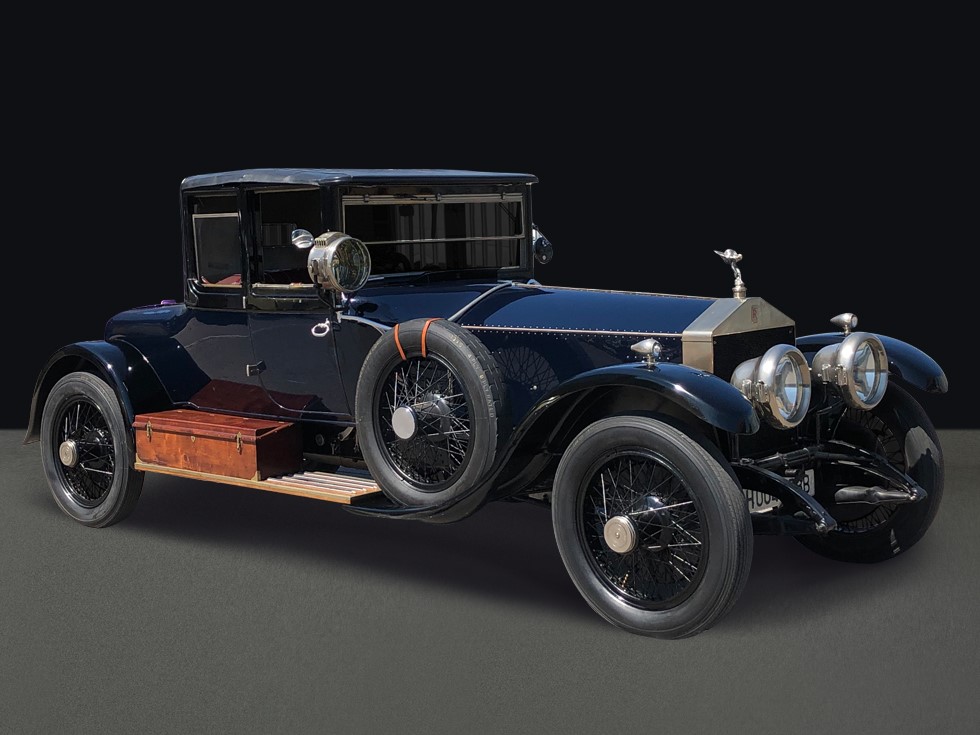 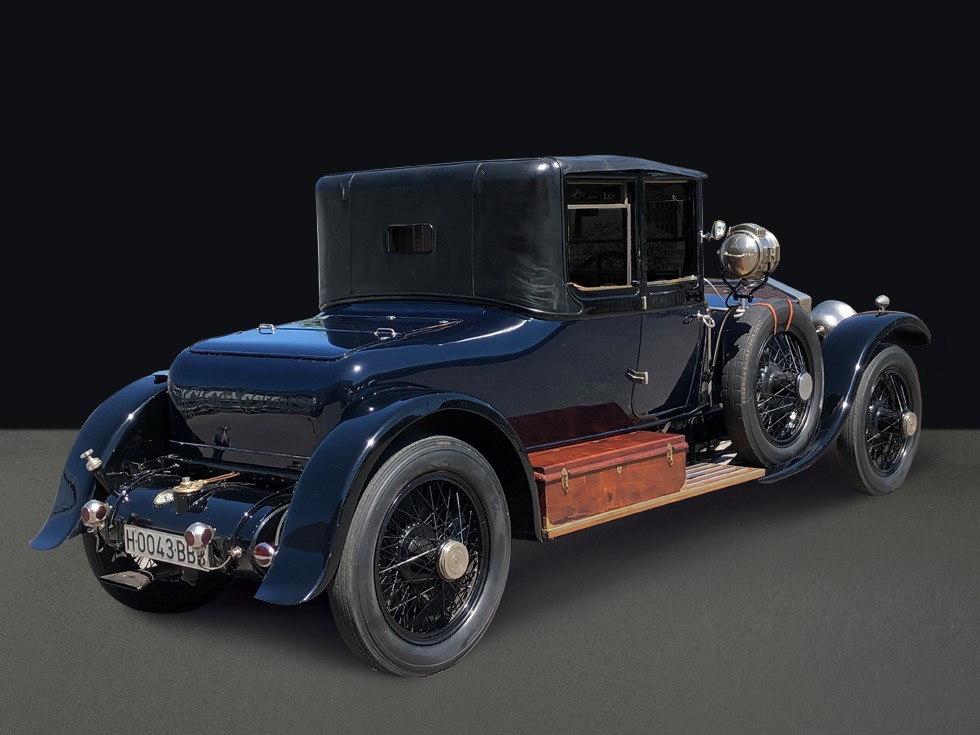 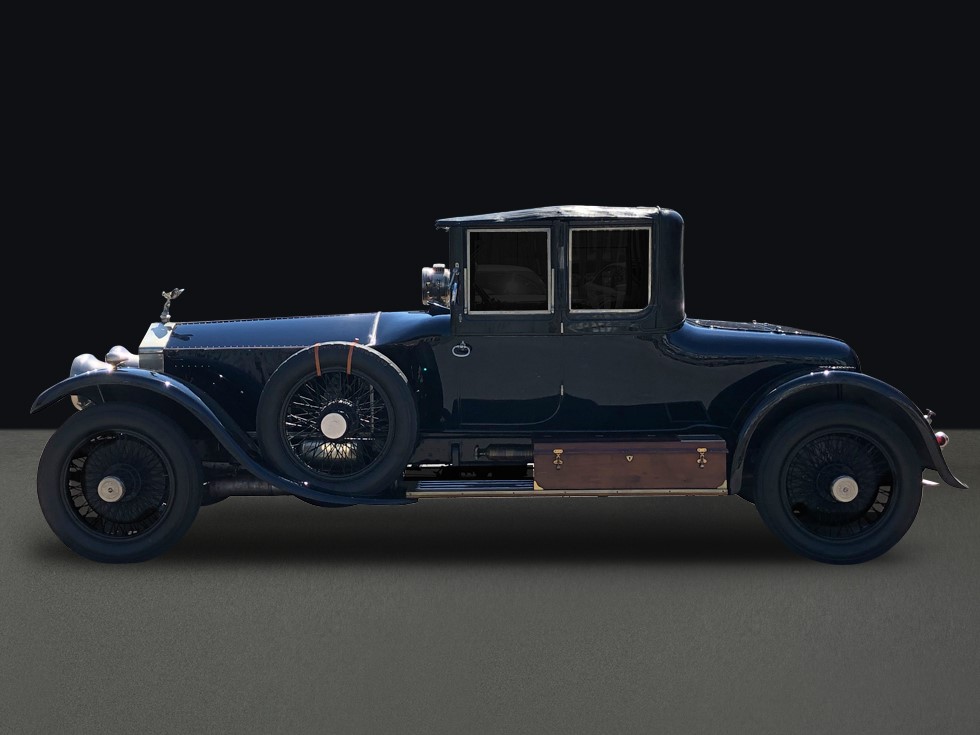 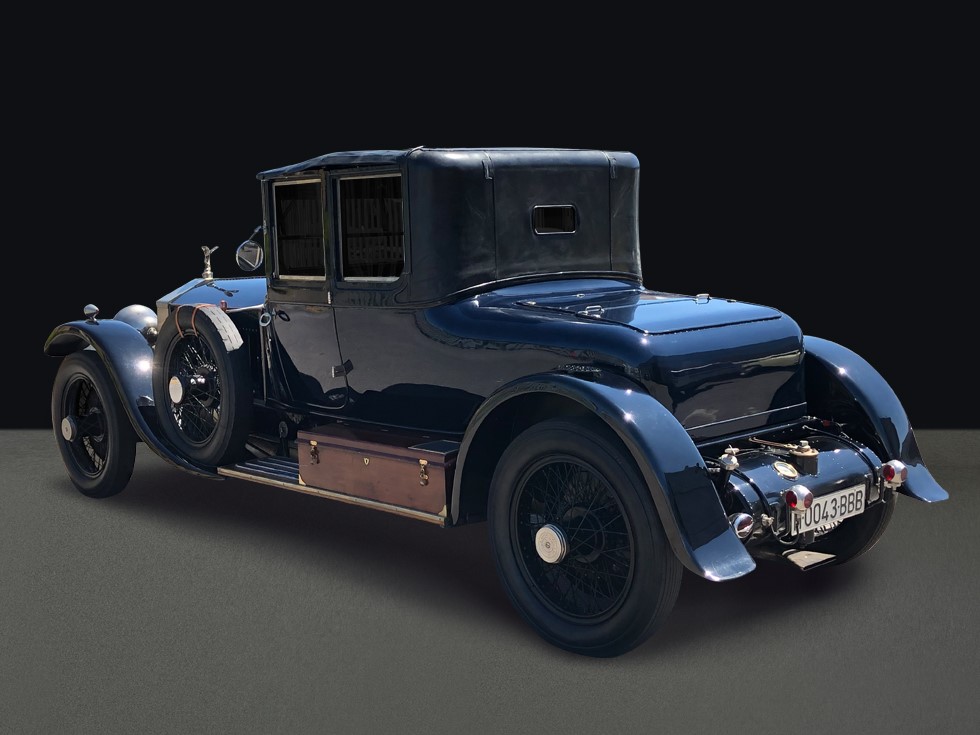 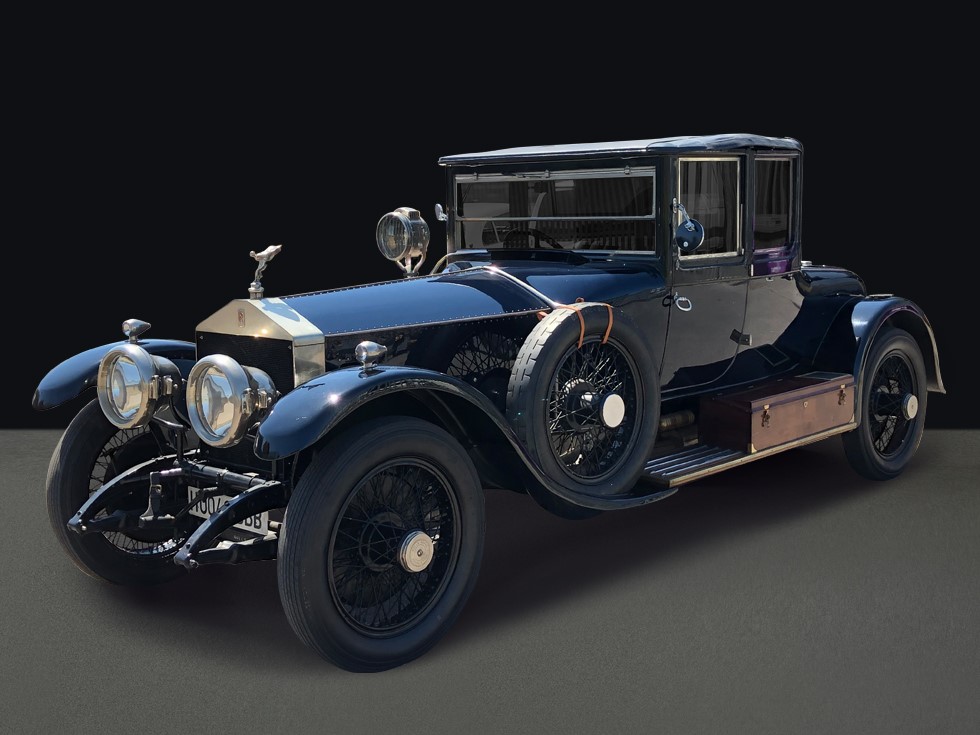 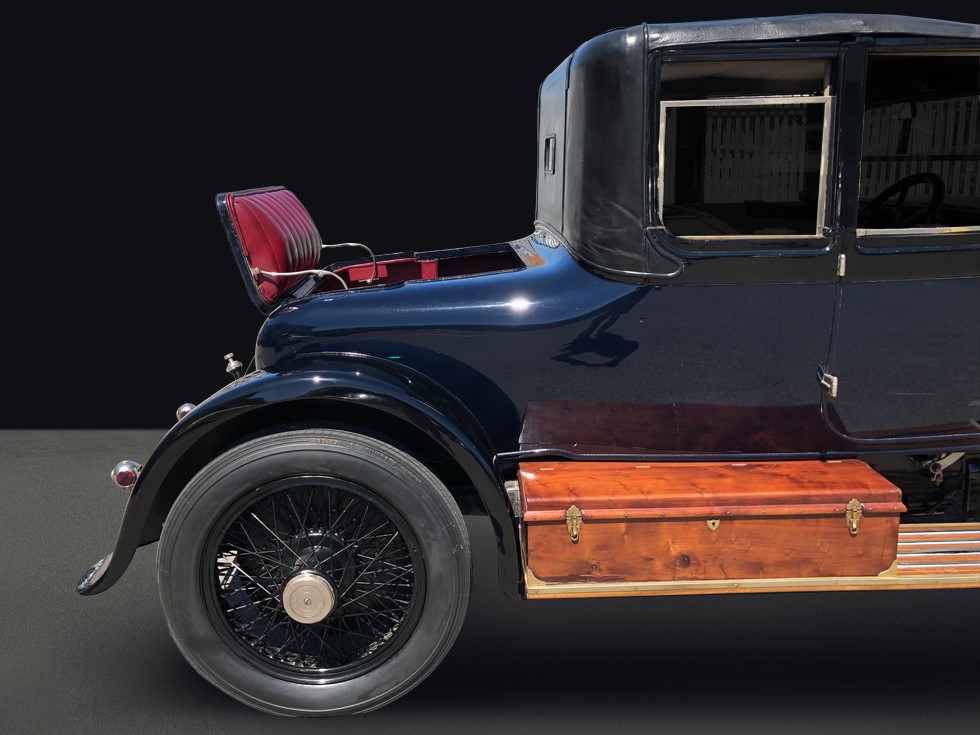 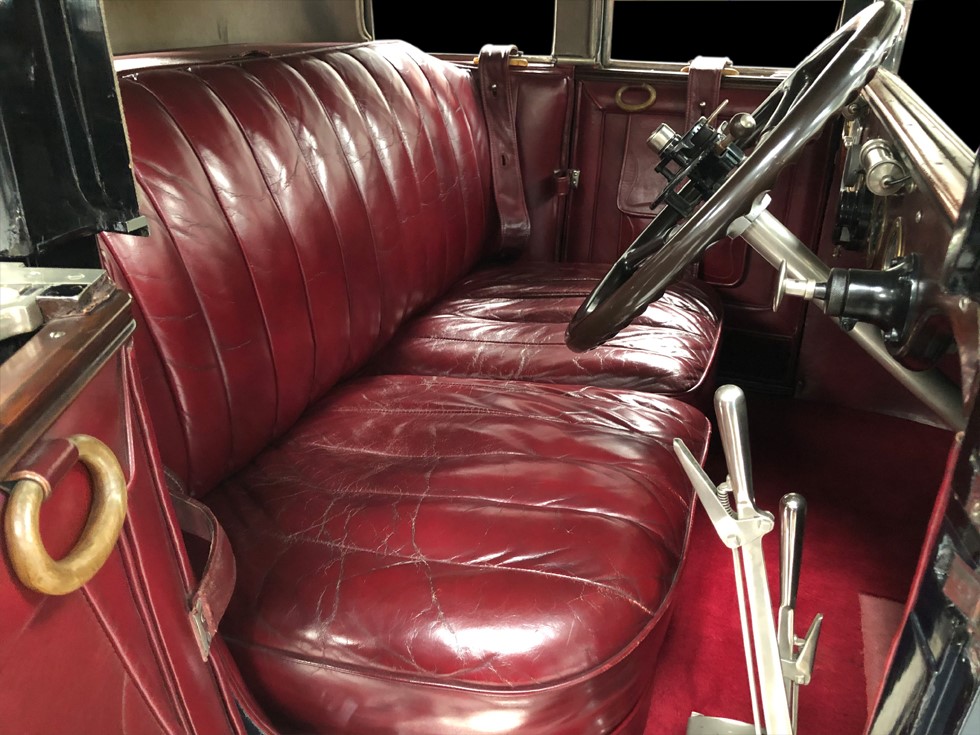 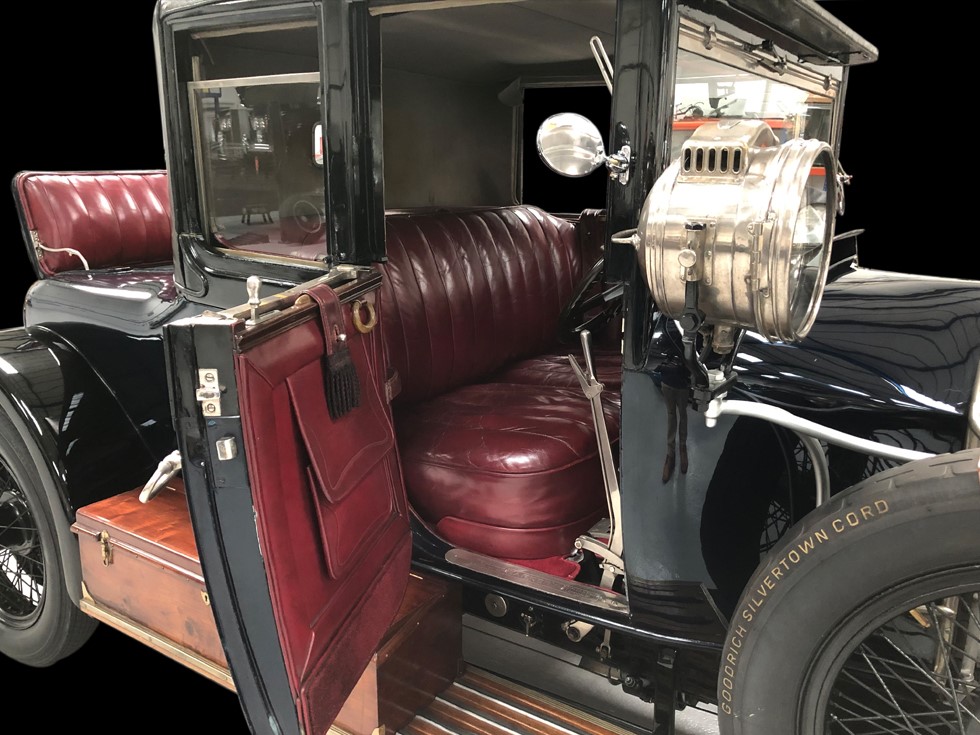 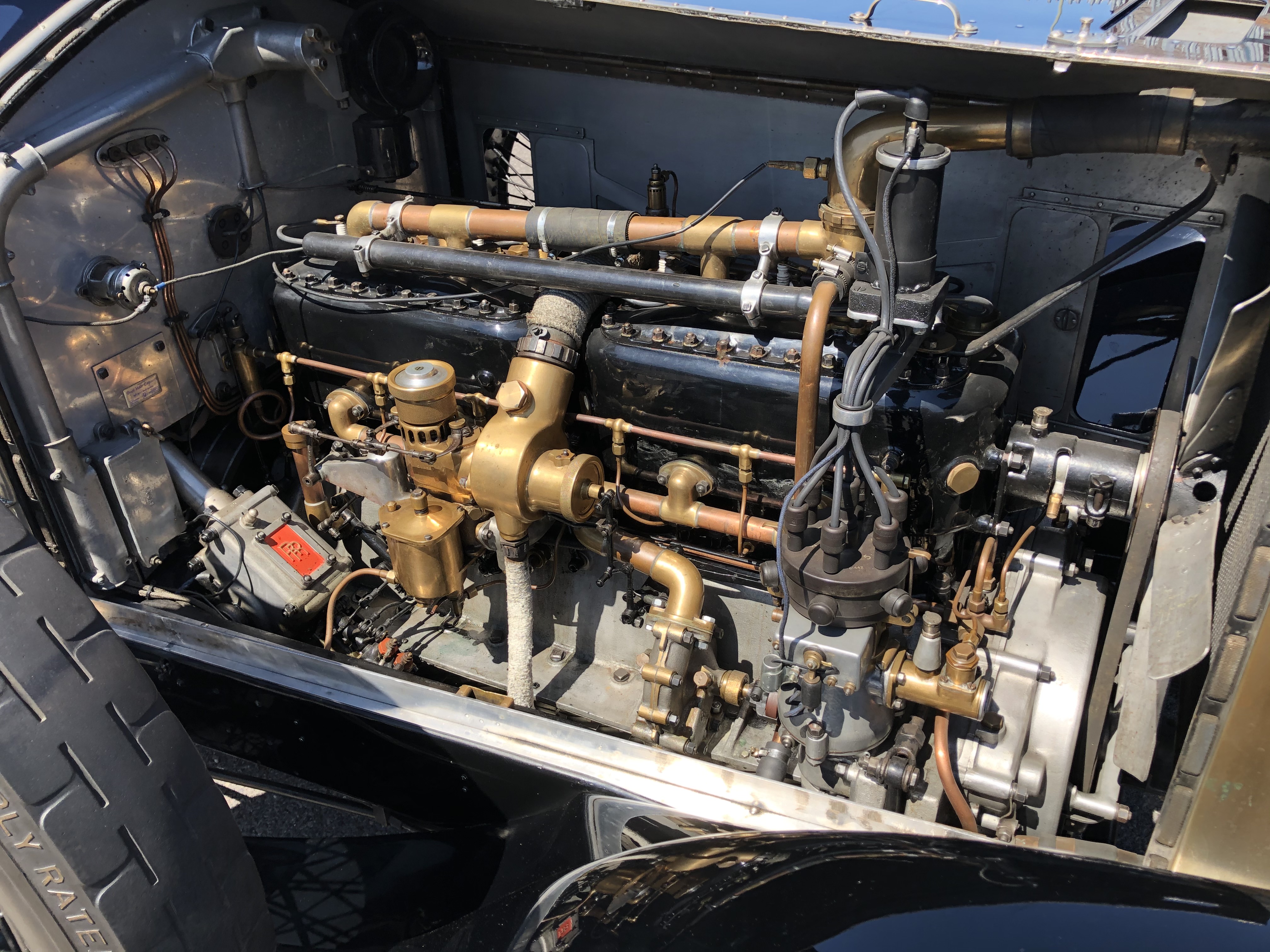 From late 1906 onwards Rolls-Royce Ltd began production of their 40/50hp which later became known as the Silver Ghost. The London Motor Show at Olympia in November of 1906 heralded its introduction to the motoring world and by the spring of 1907 the first batch of deliveries were met. The leading coach makers of the time were familiar with being provided with the under carriage from the manufacturers and constructing a body to suit their customers’ requests. Rolls-Royce continued with this tried and tested method, providing chassis and engine to the coachbuilder of the customer’s choice who constructed the bodywork, painted, trimmed and furnished the car to order. Almost overnight long established coach makers who had been in business for generations had to adapt their way of thinking away from horse drawn carriage to the new horseless vehicle. The Silver Ghost became an almost instant success thanks to the soundness of its design and the pain staking lengths the Rolls-Royce engineers and workmen went to during construction. Its reputation was enhanced further in 1911 following the trial cars successful London to Edinburgh round trip using only top gear, demonstrating the power and flexibility of the engine, whilst easing any lingering doubts of potential customers who were previously more at home with a set of reins than a steering wheel. Following the end of hostilities in 1918 there was a shift away from the previous Edwardian style of body construction. However the tried and tested policy of supplying chassis only allowed Rolls-Royce customers almost unlimited choice and freedom when choosing the style of their new motor car. Fashions and tastes inevitably changed but Rolls-Royce customers moved with the times ensuring the continued success of this now legendary motor car. By 1925 the exceptionally successful eighteen year production run of the Silver Ghost had firmly put Rolls-Royce at the forefront of motor car production. The term “The Best Car in the World” had been deservedly earnt. It is fair to say that the Ghost’s efficiency, reliability and superb performance were unmatched at the time and its reputation laid the foundations for the continued success of the company.

Chassis No 54LK which we are currently offering for sale was completed in 1923 and was originally fitted with a Park Ward saloon body, ordered by Mr J.Ostrer. Its subsequent history is unknown until it appeared as a chassis only offered in the first Sothebys vintage car auction held at Earls Court which took place on the 5th of November 1965. It realised the sum of £550 and was purchased by William Harrah of Reno Nevada. Going back three years to the 7th of September 1962 a significant sale of historical vehicles was held in Ayrshire Scotland. In this sale Lot 102 was a 1910 Silver Ghost, chassis number 1338 which was described as a Barker two seater coupe with dickie seat. It realised £1,350 and was purchased by William Harrah who at the time had a collection of over 600 cars in his museum in the United States. Mr Harrahs agent at the time mentioned that the intention was to scrap the body as he considered it to be incorrect. Further research has discovered twenty four original illustrations of Barker coachwork from a sales brochure of 1918-1920 which we reproduced in the RROC club magazine dated April 1958 which showed car number twenty four incorrectly described as a 20HP model but giving the owners name as Mr E.N.Reay. The car was in fact the 1910 chassis number 1338 which served as an ambulance during the great war which was acquired by Mr Reay in 1919 who then took it to Barker to have the two seater three quarter cabriolet body built. The Harrah museum staff then transferred the original Barker body around 1965 to the more appropriate 1923 chassis of 54LK and in turn fitted a tourer body by Alford and Alder to chassis number 1338. The floorboard above the gearbox on 54LK revealed the Barker body number 4327, dating the coachwork between 1919 and 1920. The steering column rake has been altered to suit the more sporty coachwork than the more formal saloon body the chassis was originally fitted with. The chassis also still carries its original engine, engine number R46. In more recent times the engine has been overhauled and the car mechanically prepared for touring. It has some very attractive features, including the dickie seat and a storage area behind the seats. This beautiful Silver Ghost is in nice original cosmetic condition and is a pleasure to drive.