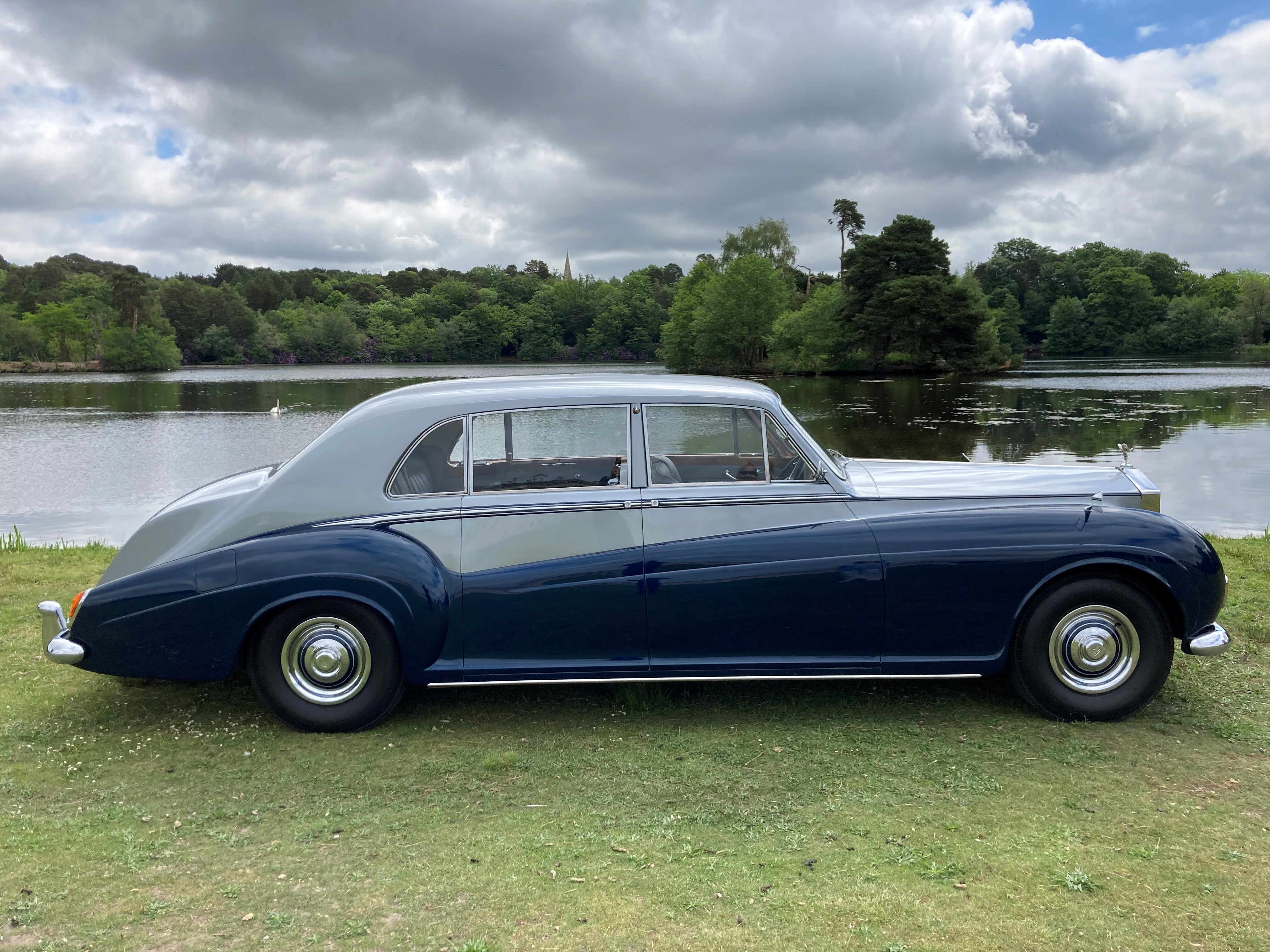 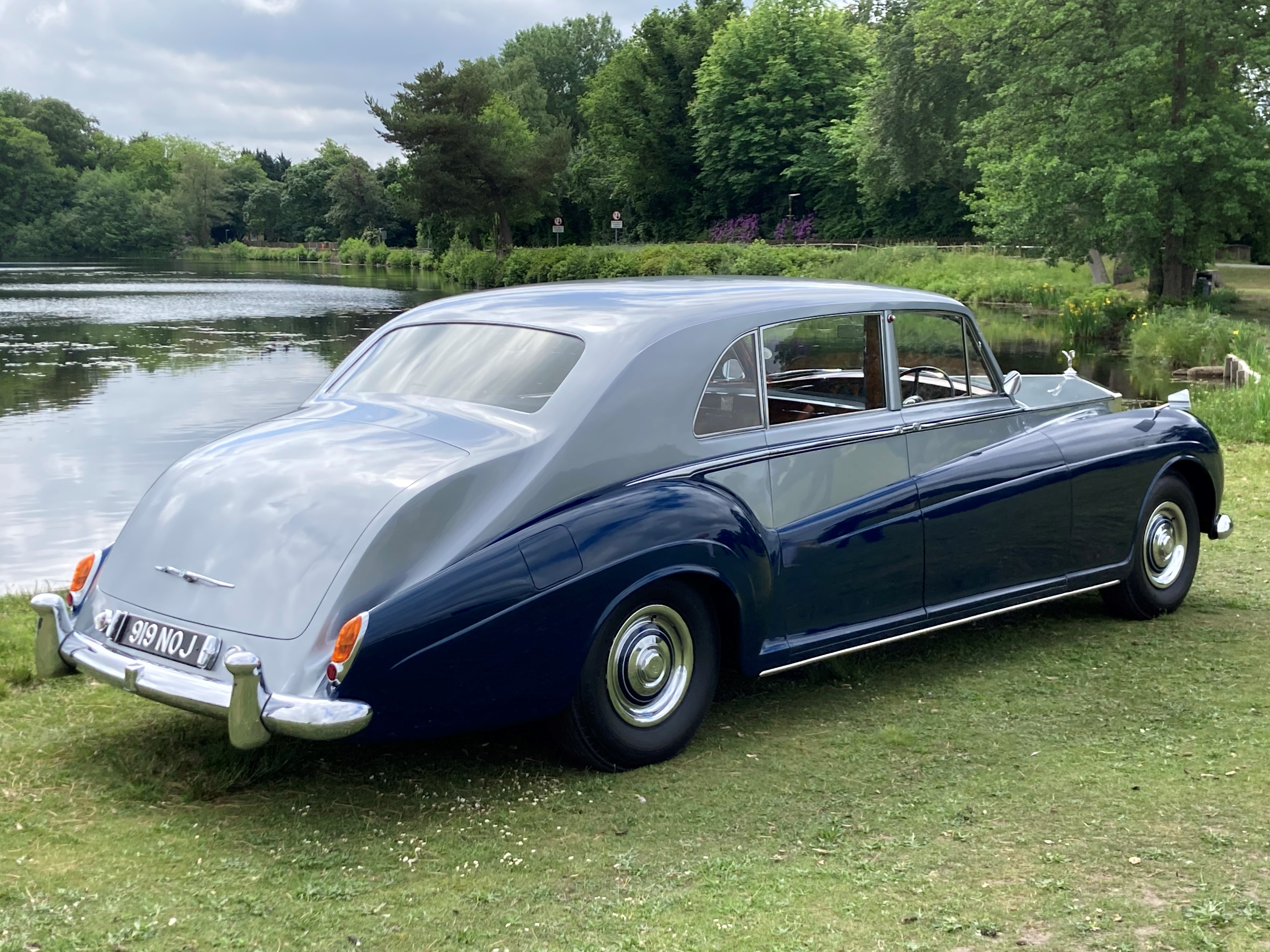 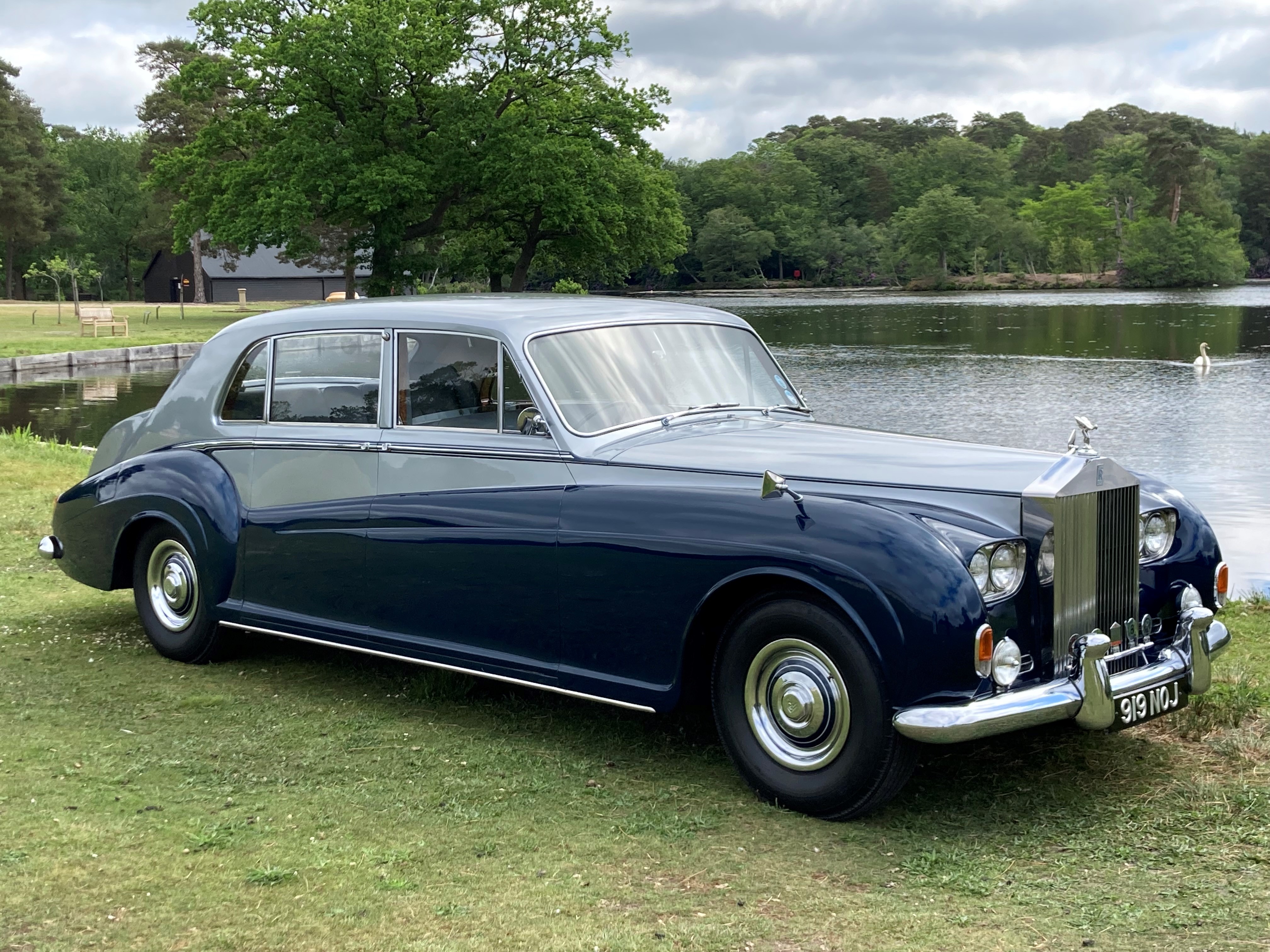 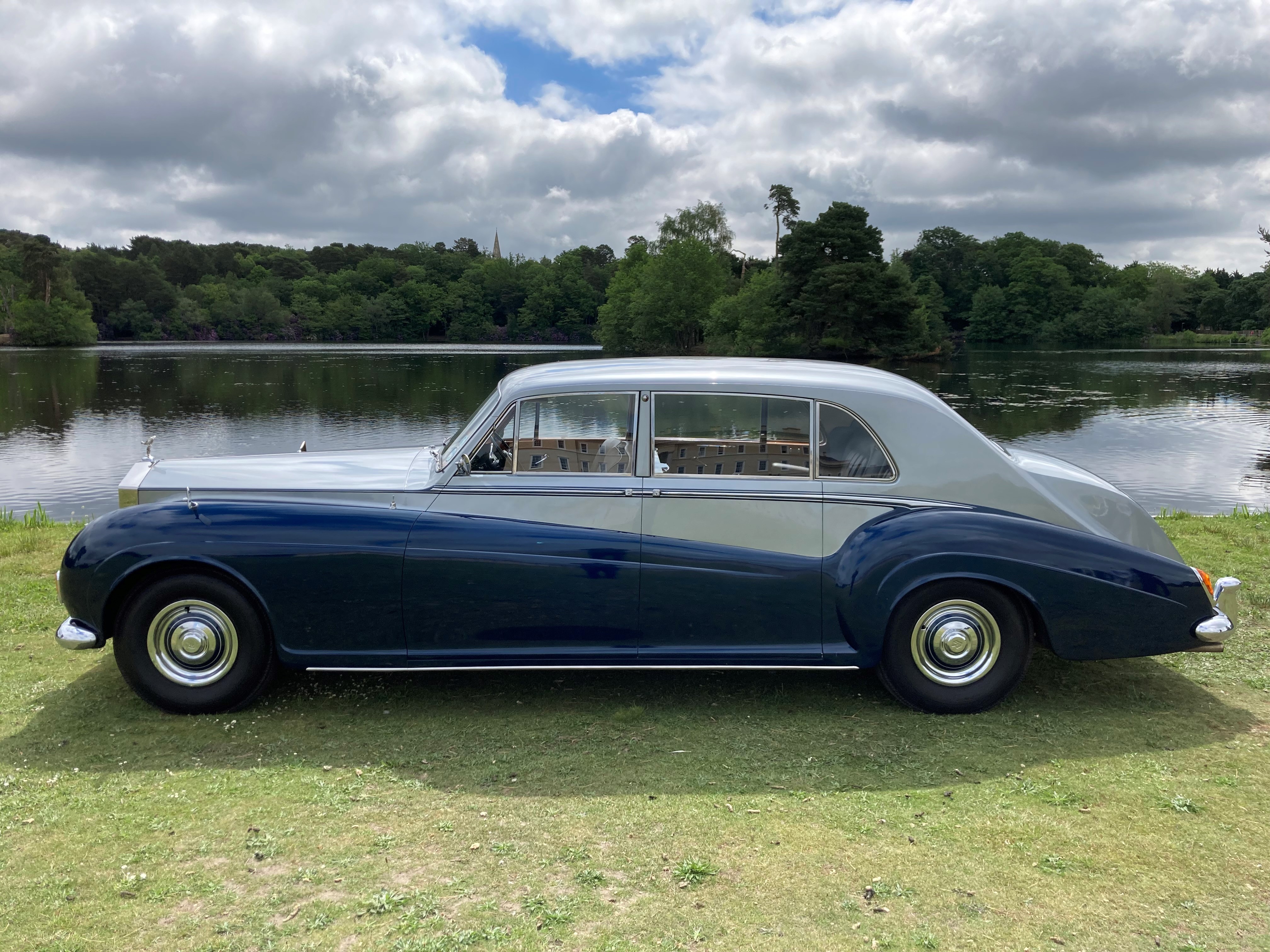 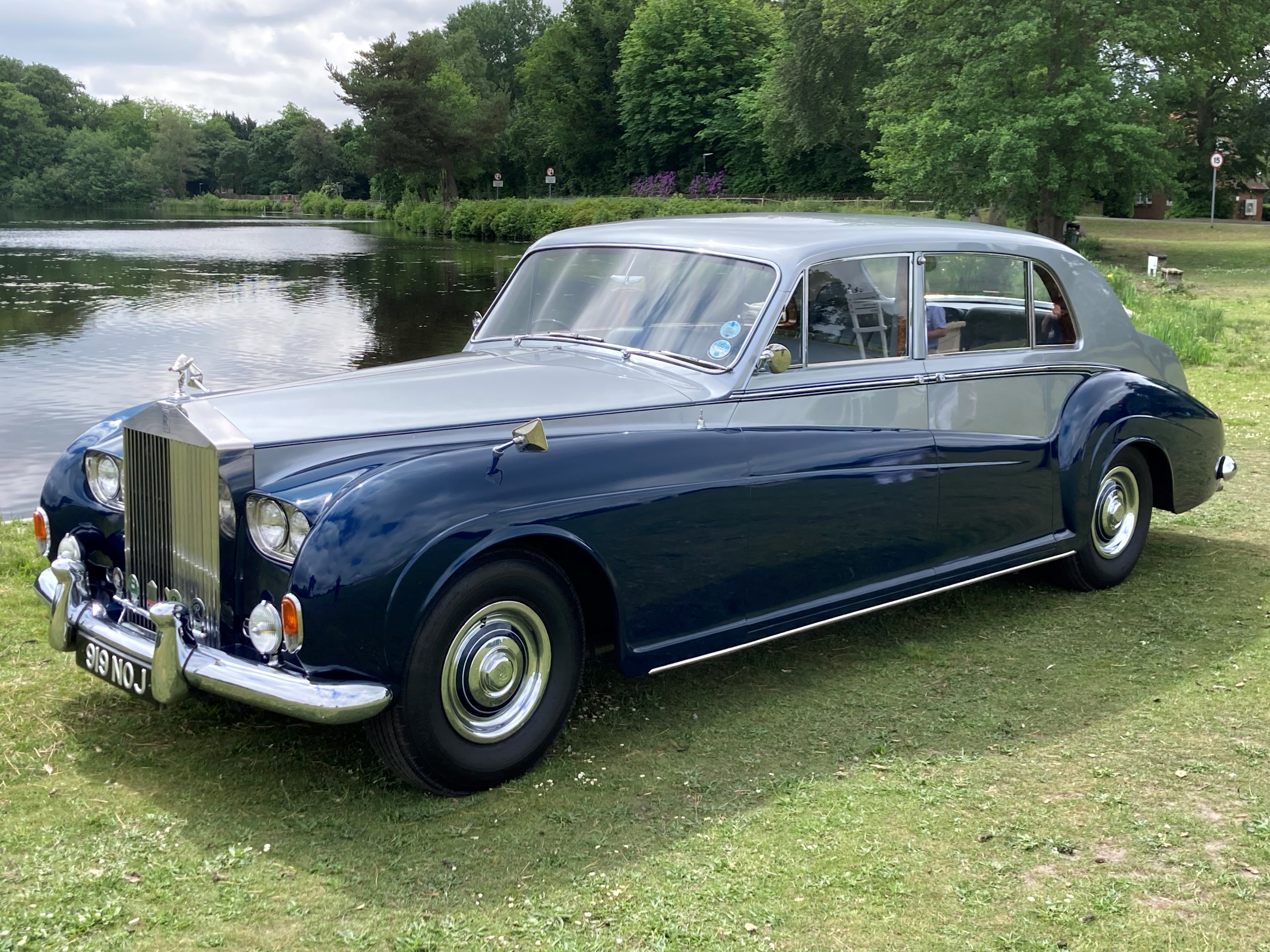 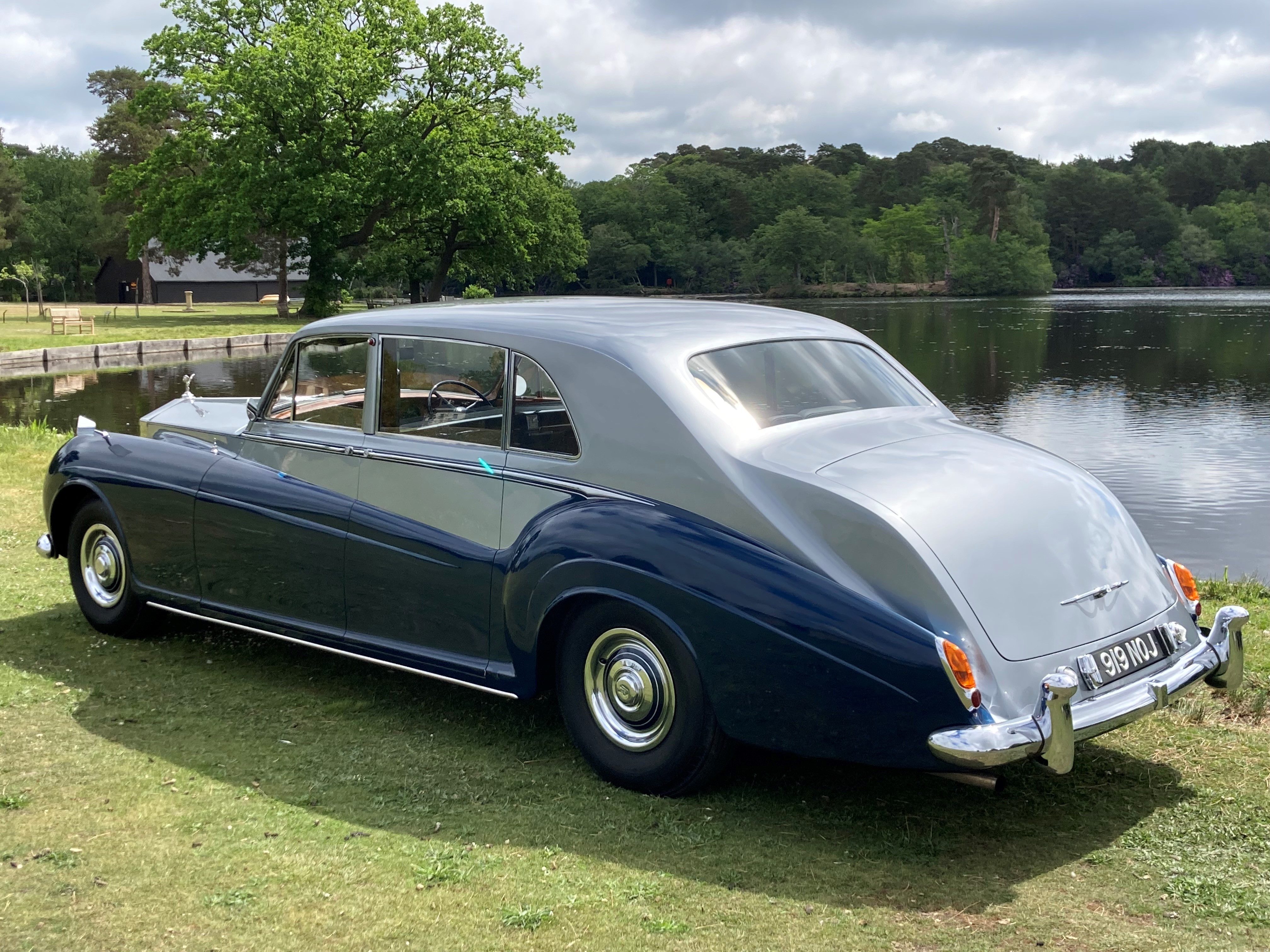 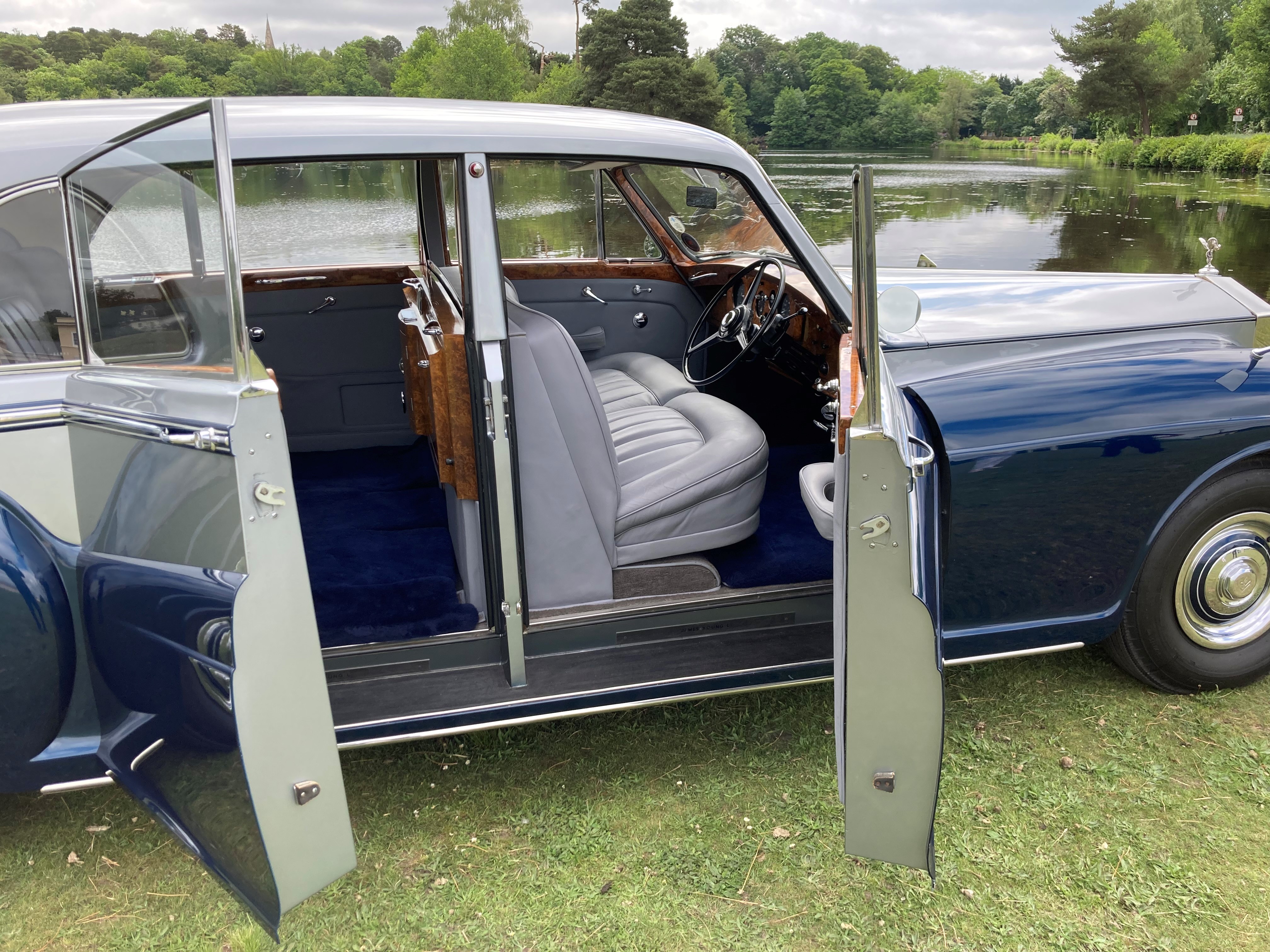 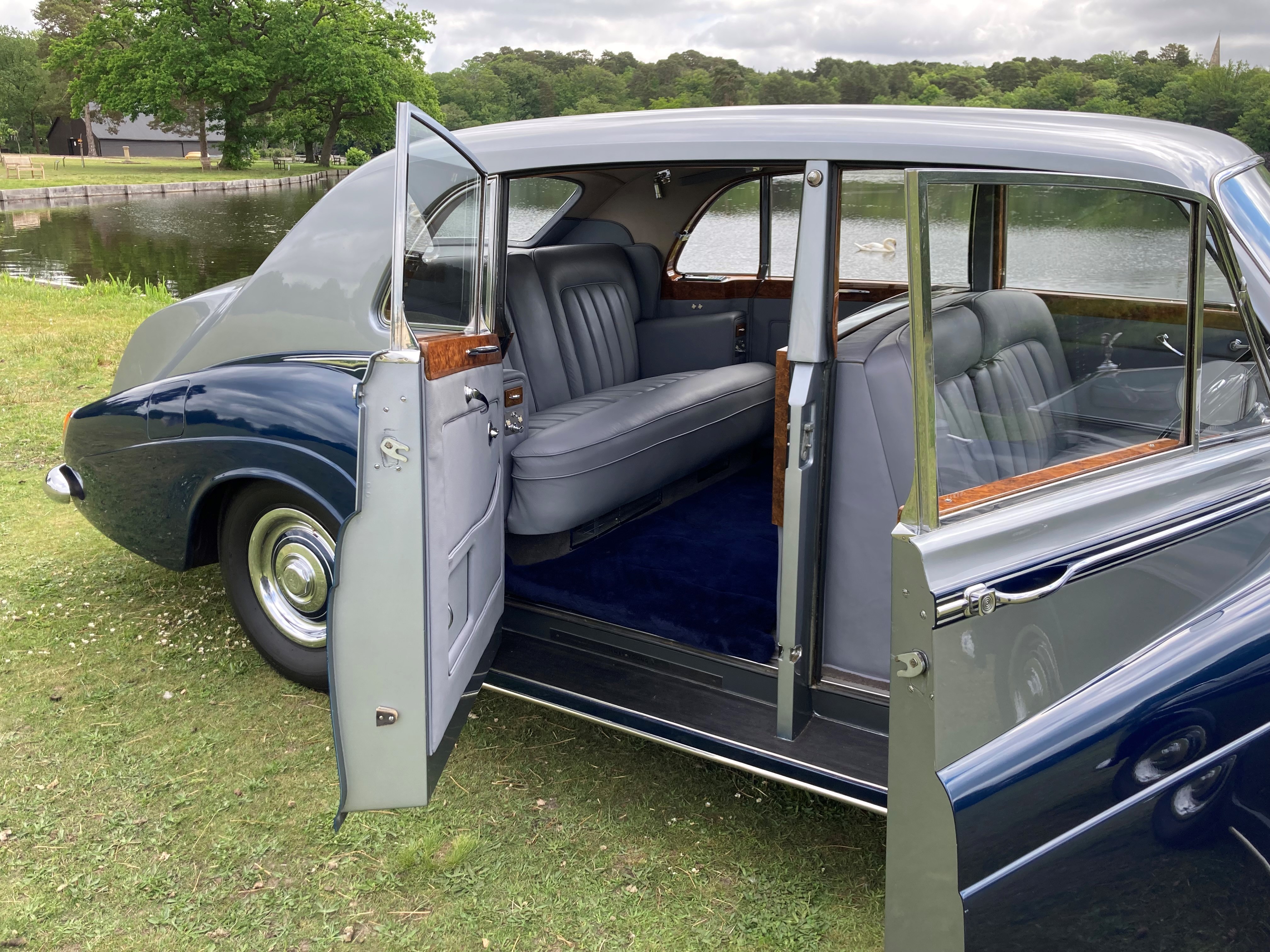 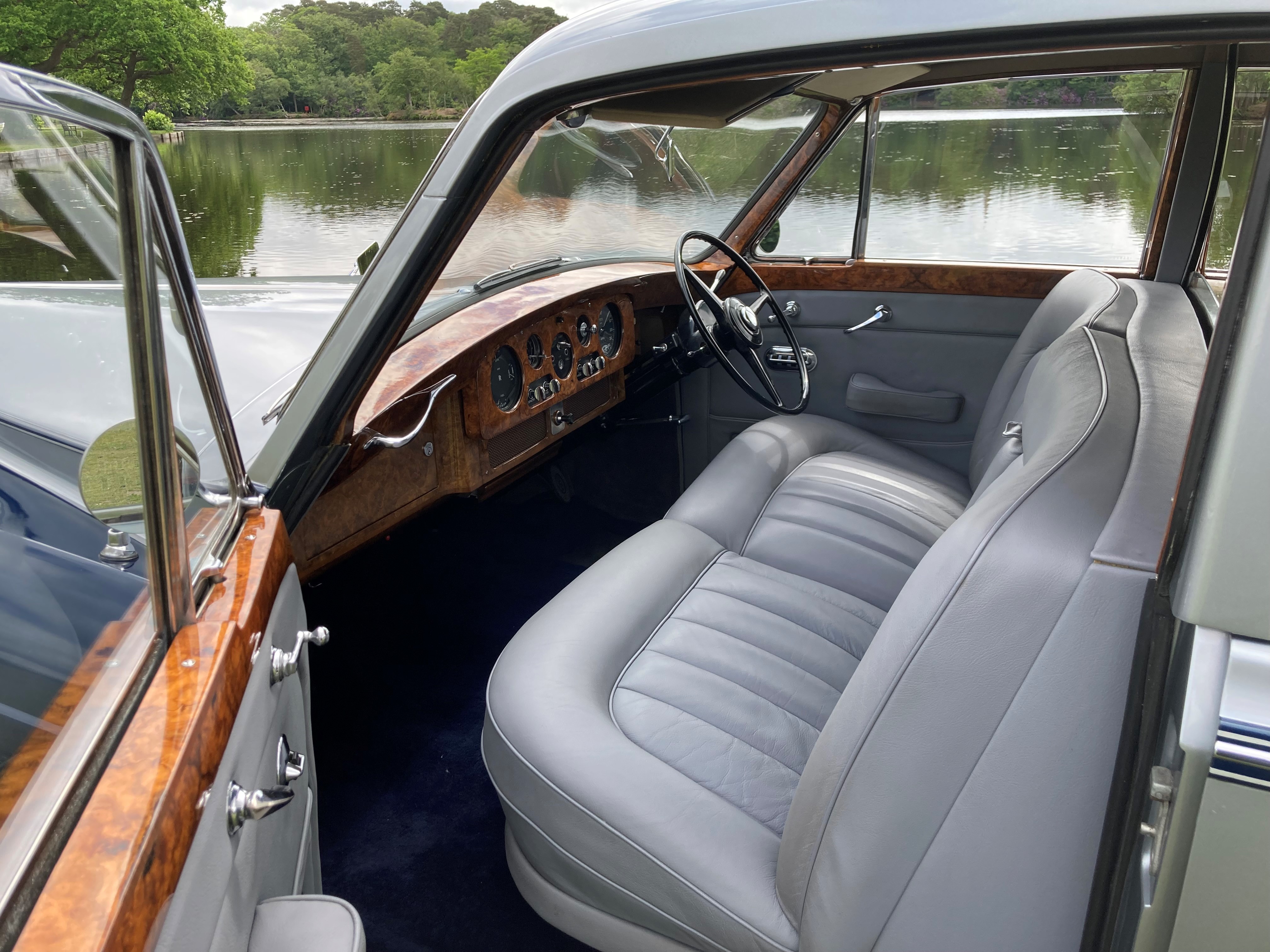 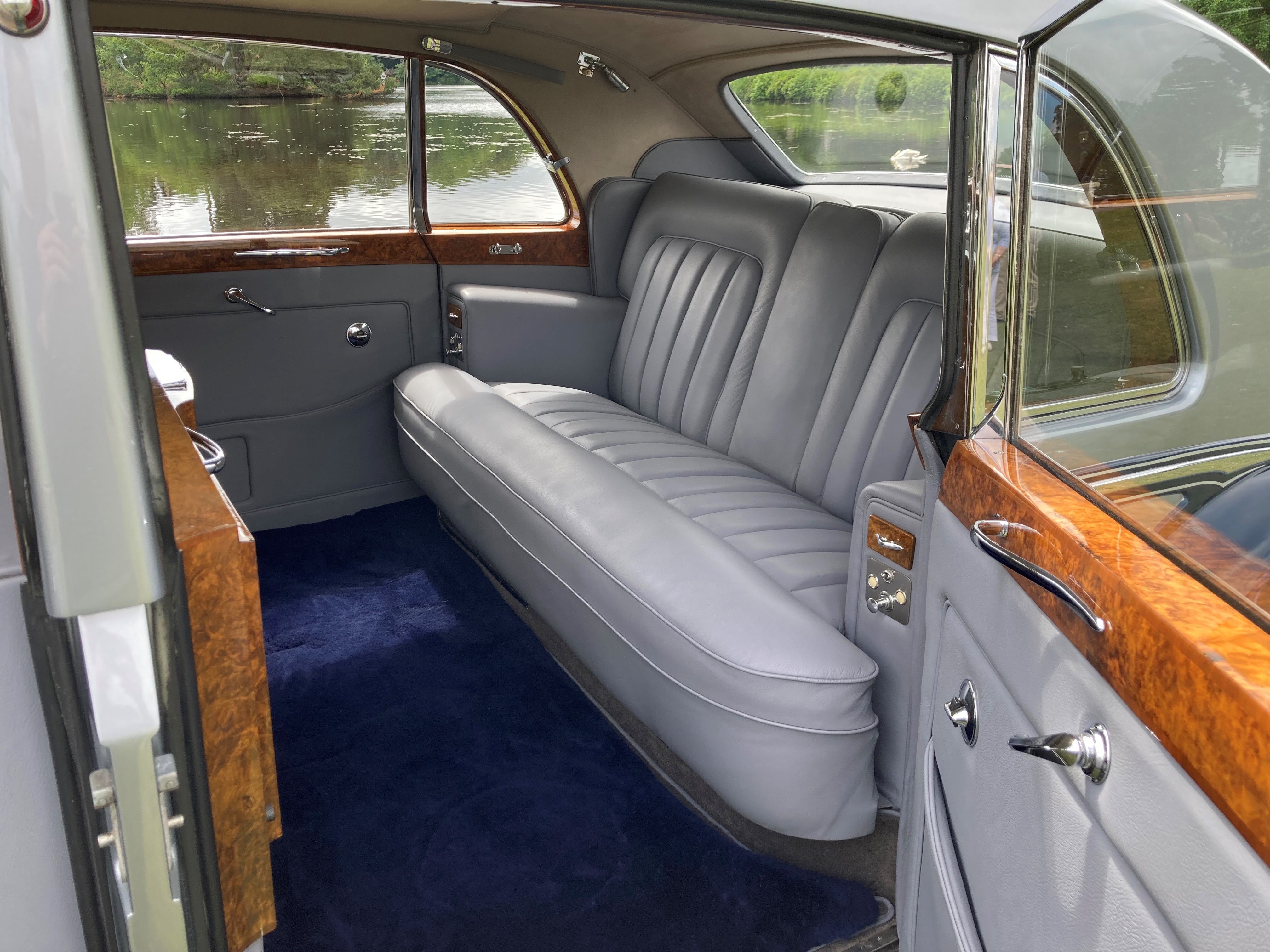 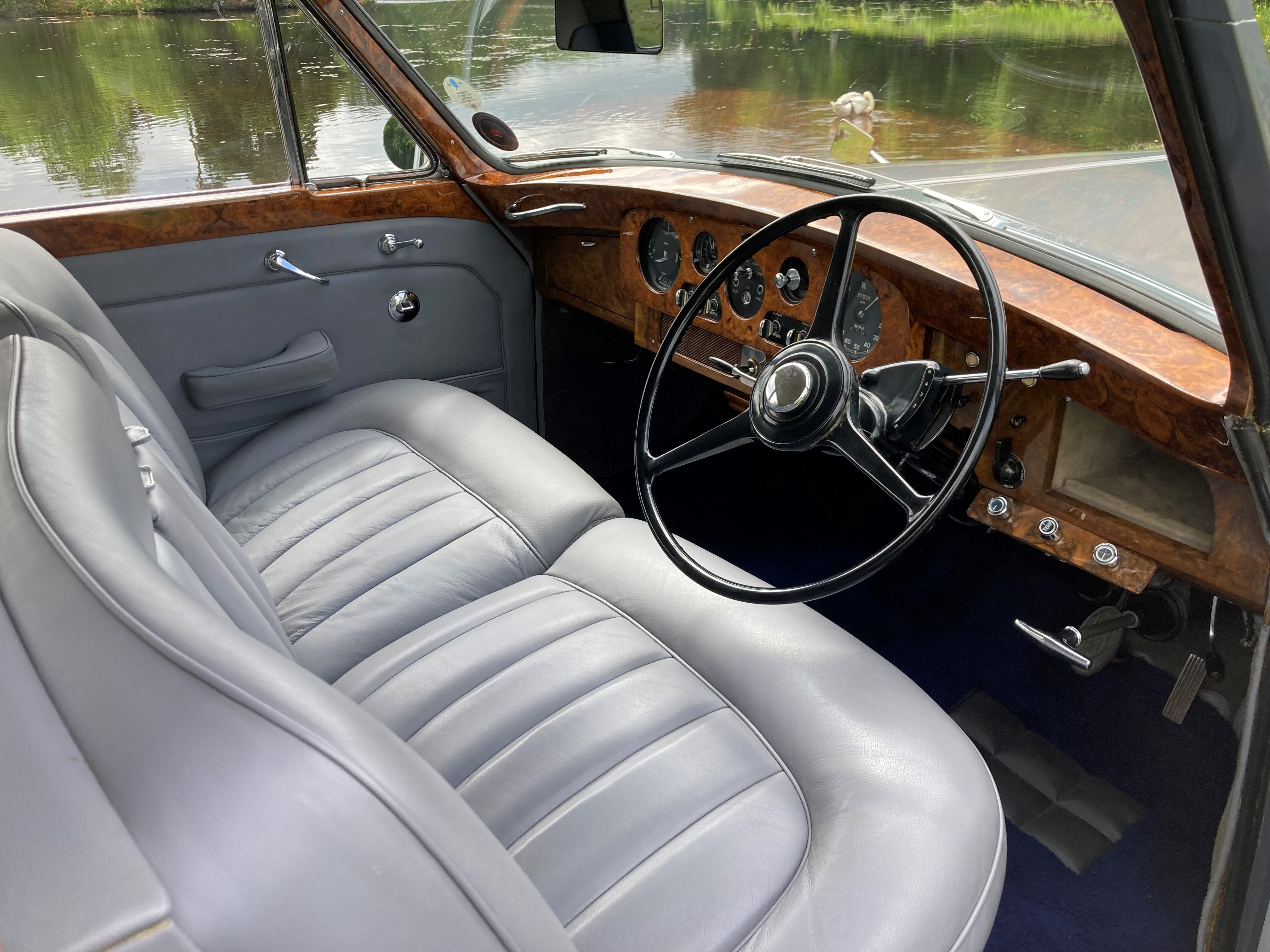 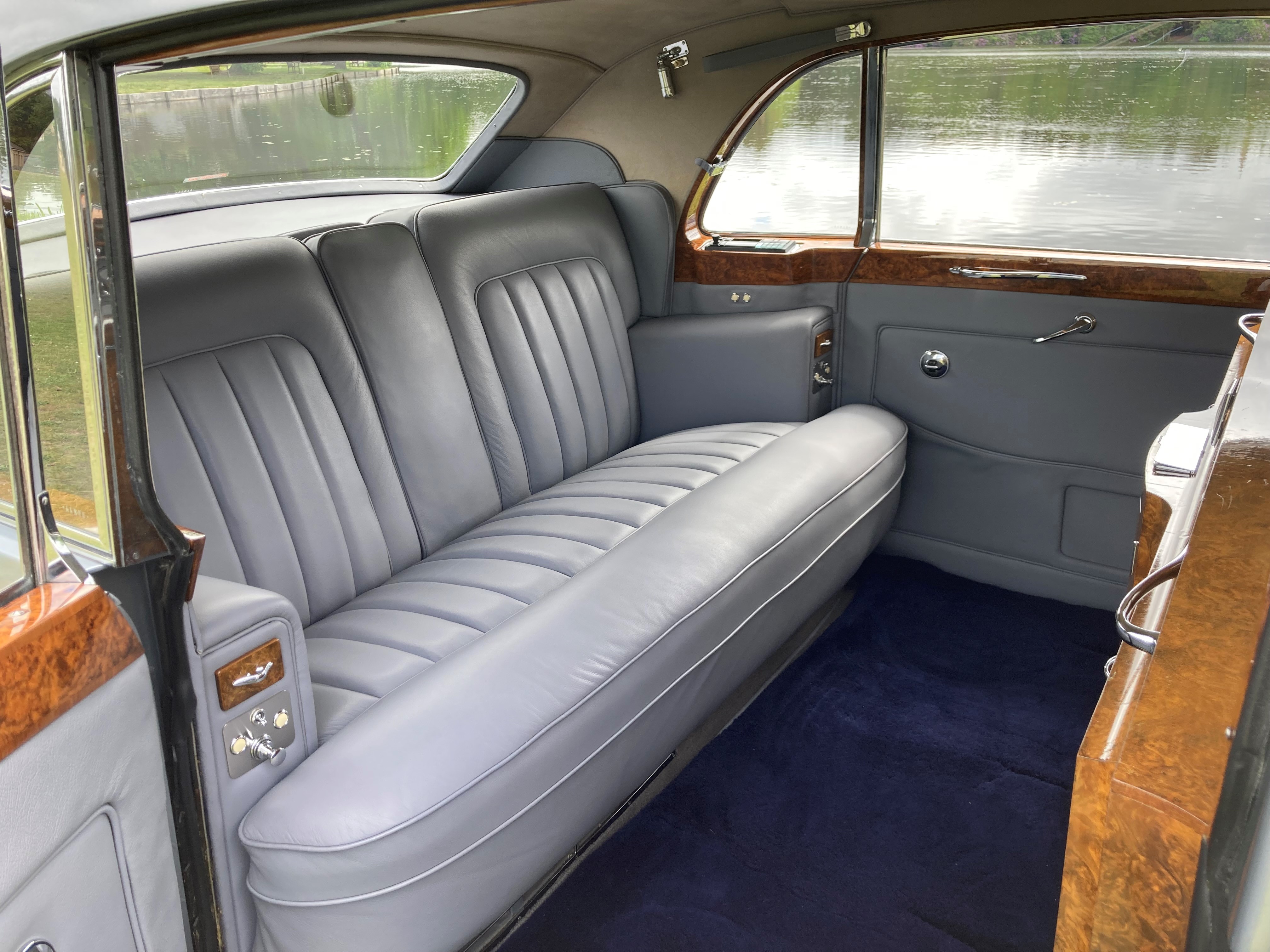 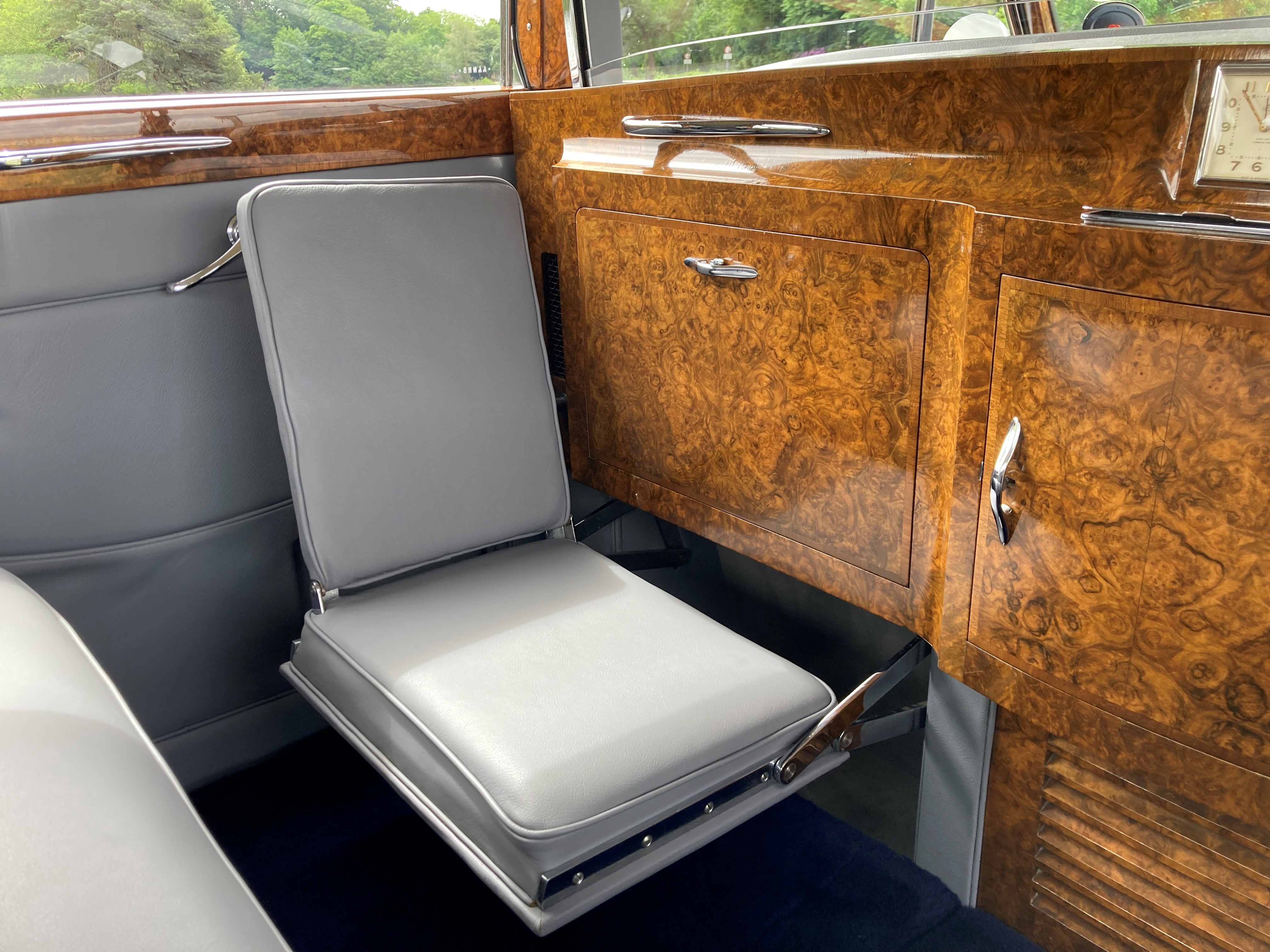 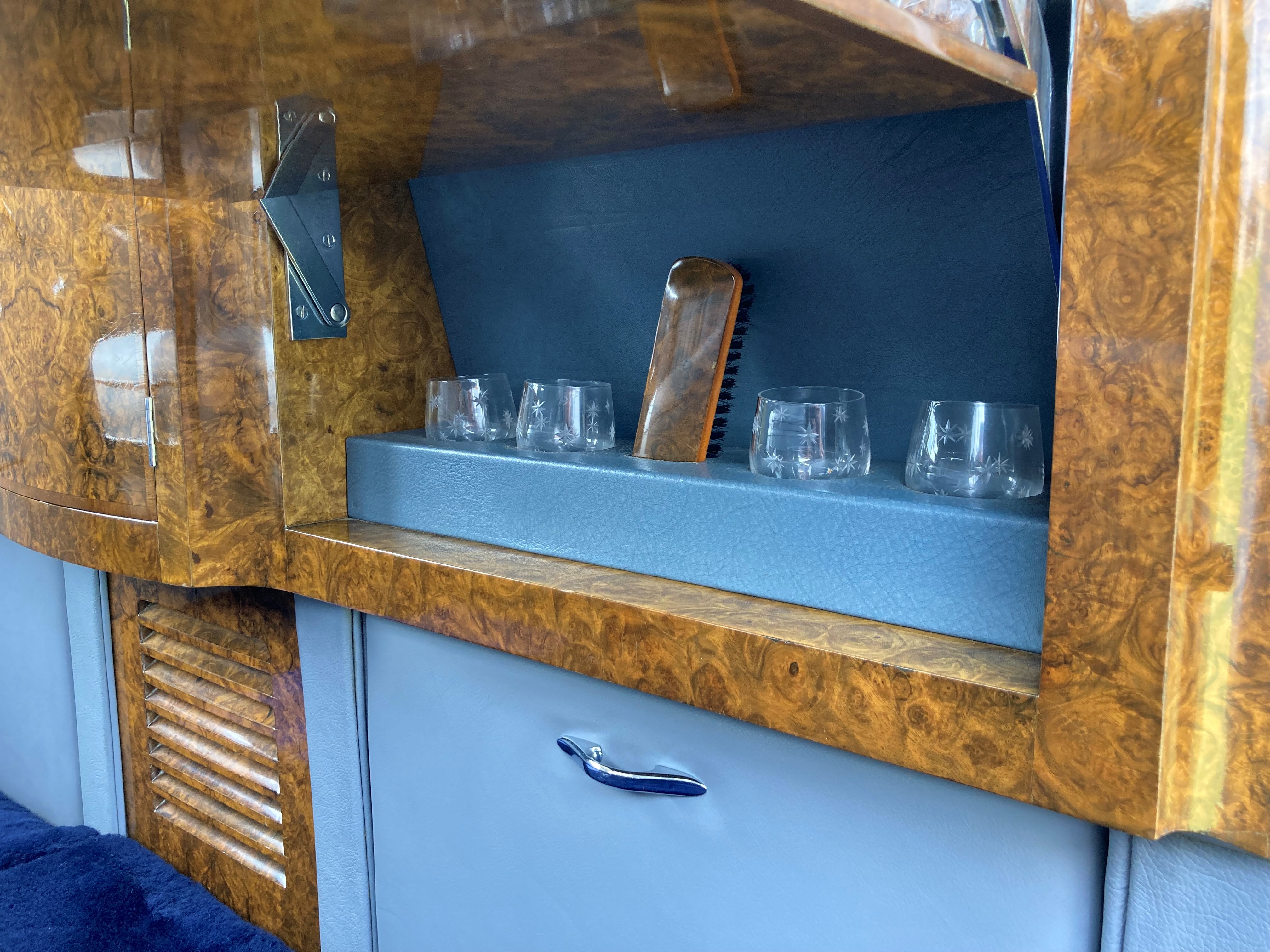 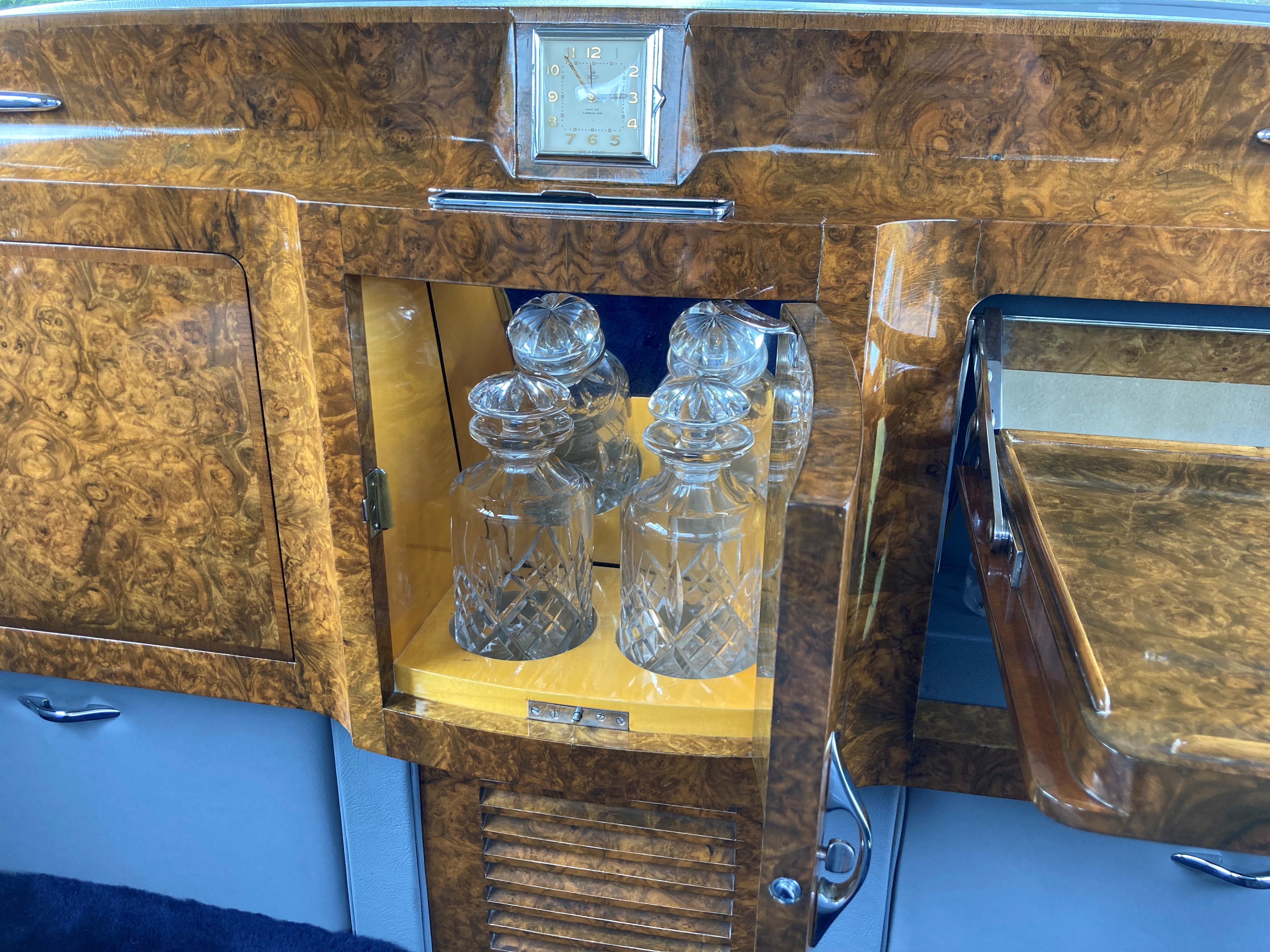 Production of the Rolls-Royce Phantom V began in 1959 with Mulliner/Park Ward (then owned by Rolls-Royce) producing most of the bodies for the extended 145-inch chassis. However it could be argued that the designs by A.F.McNeill of James Young were the finest designs on this chassis, and perhaps some of the most elegant and beautiful designs ever seen on a chassis of this size. Design No PV22 was one of McNeill’s best and we are delighted to be able to offer a super example of this design at this time.

Chassis No 5BV29 was completed in May of 1961, finished in grey over James Young blue with a blue leather interior and was supplied by Jack Barclay Ltd to Mr David Wiseman of Birmingham. Only a matter of days after Mr Wiseman took delivery of the car, he was contacted by Jack Barclay with a special request. The newly elected president of The United States, John F Kennedy and his wife Jackie were due to visit the UK in early June and hadrequested suitable means of transportation for Mrs Kennedy. Mr Wiseman understandably agreed to this request and loaned his new Rolls-Royce plus a driver to Mrs Kennedy for the duration of their visit. Their brief visit to the UK was a great success, with huge crowds lining the streets cheering wherever they went. There are several photos and newsreels from British Pathe which clearly show Chassis No 5BV29being used on this trip, with Mrs Kennedy arriving at events and engagements in the car. Following the Kennedys visit to the UK, one or Harold Macmillan’s aides wrote to Jack Barclay Ltd, thanking them for arranging the loan of the Rolls-Royce and thanking Mr Wiseman for his generosity. A copyof this letter from Whitehall is in the history file, dated June 7th, 1961.

Following Mr Wisemans ownership, Chassis No 5BV29 found its way to the USA in the mid 1970’s where it was purchased by Mr Jorge Cantero of Queens in New York who owned the car from 1976 to 1978. It was then purchased by Mr Alfred Boudreau Jnr of Tulsa Oklahoma. Mr Boudreau owned the car until around1989 when it was acquired by Mr Charles Howard who we believe repatriated the car to the UK. It has resided in a top-class UK collection for several years where it has been correctly maintained.

Chassis No 5BV29 is the ninth of fifty-three Rolls-Royce Phantom V’s in right hand drive, bodied with James Young PV22 touring limousine coachwork. It is complete with its original handbook along with James Young coachwork maintenance instructions, crystal glasses and decanters to the rear compartment cabinetry, copies of the chassis cards, tools and correspondence regarding the cars use by Jackie Kennedy in June of 1961. This beautiful example with very interesting history comes prepared and ready for the next chapter in its life.