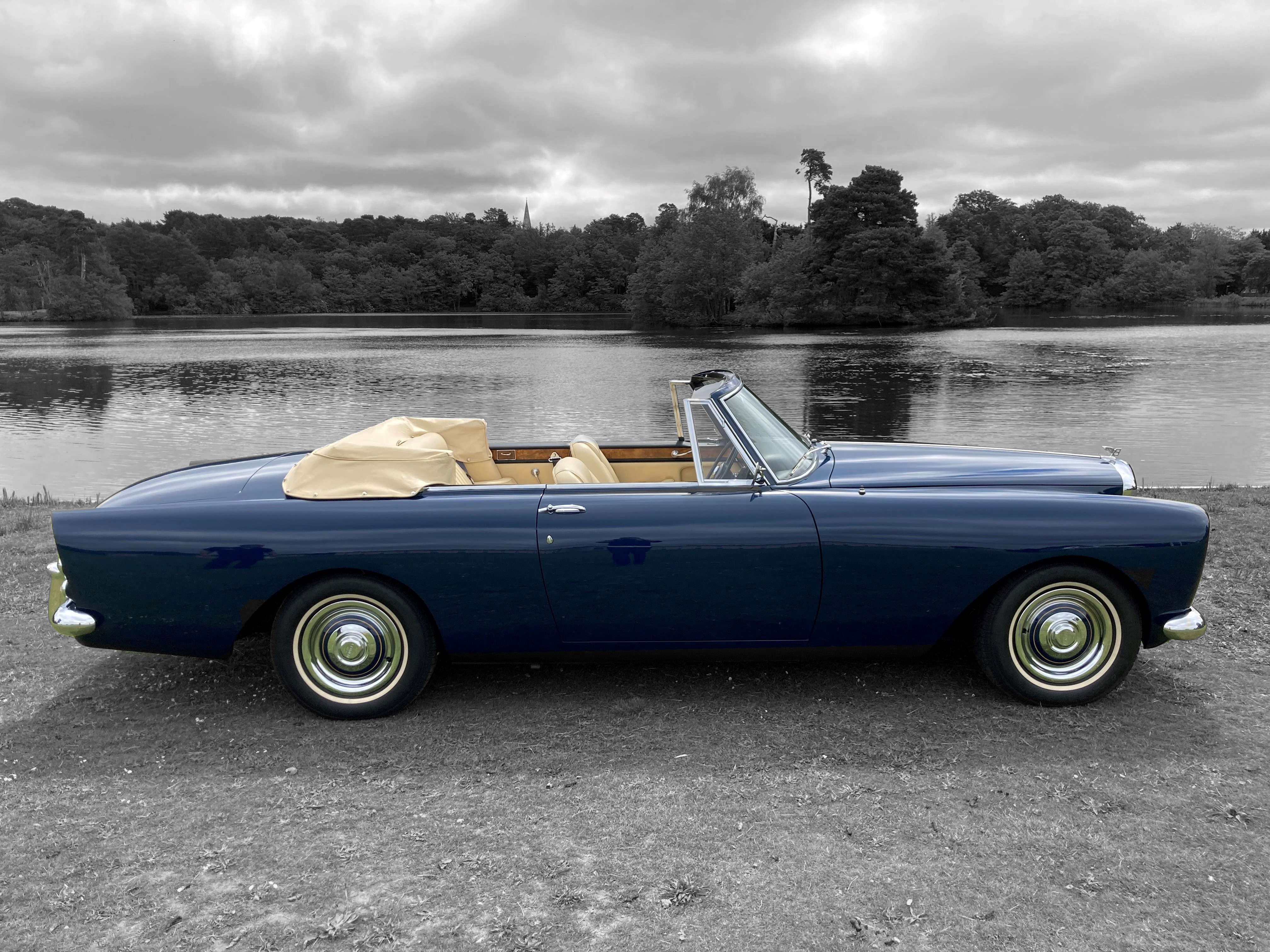 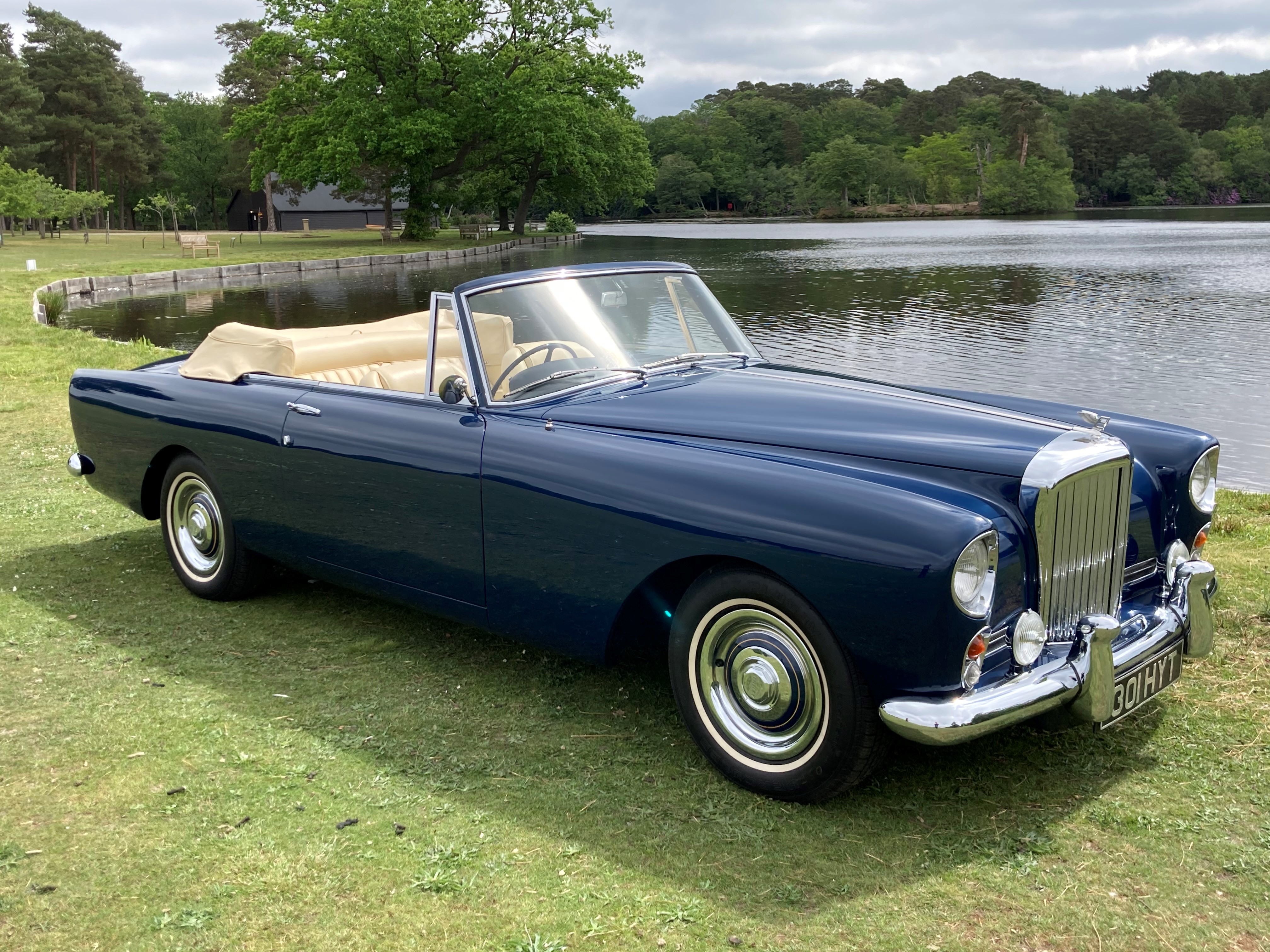 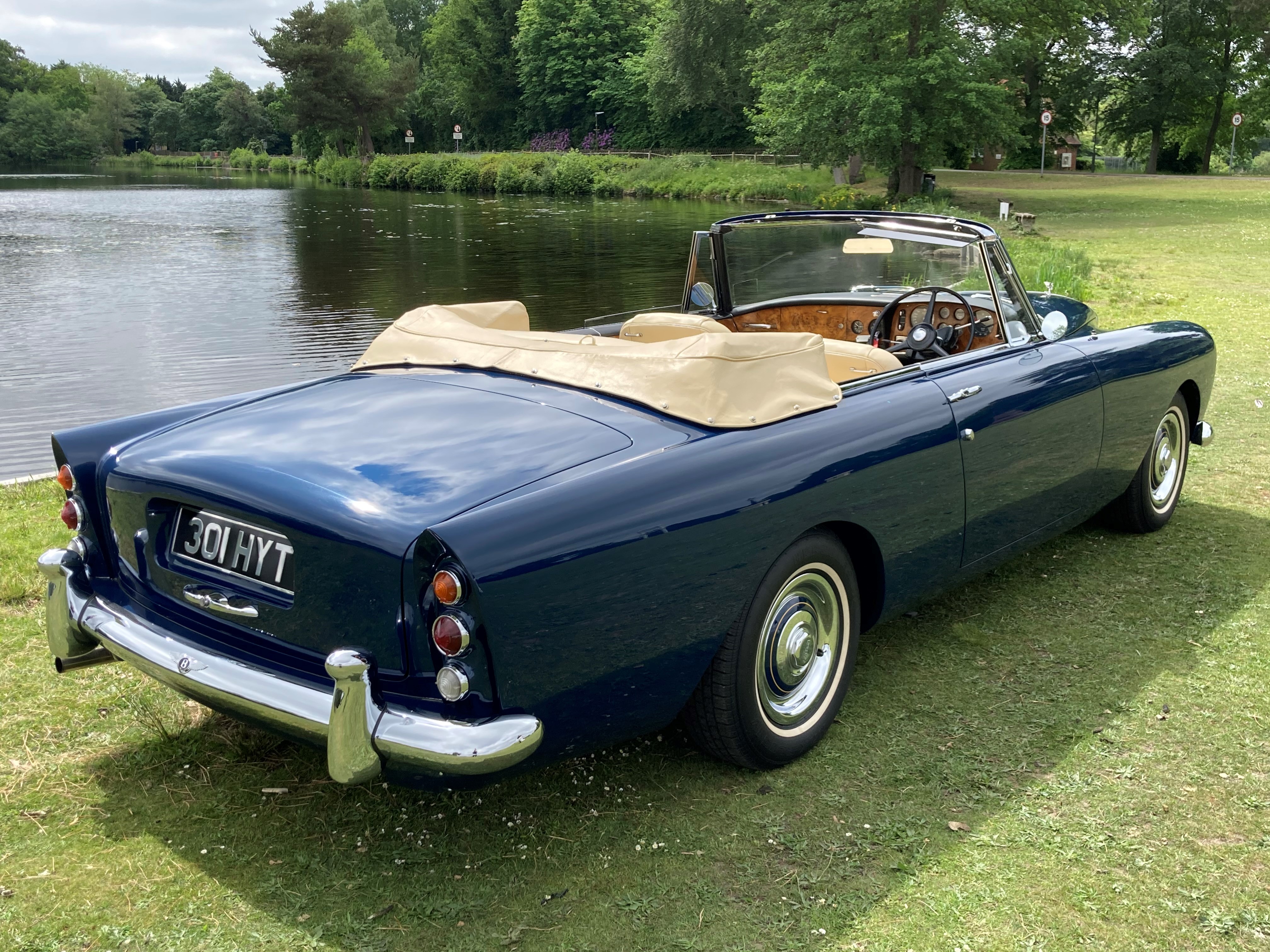 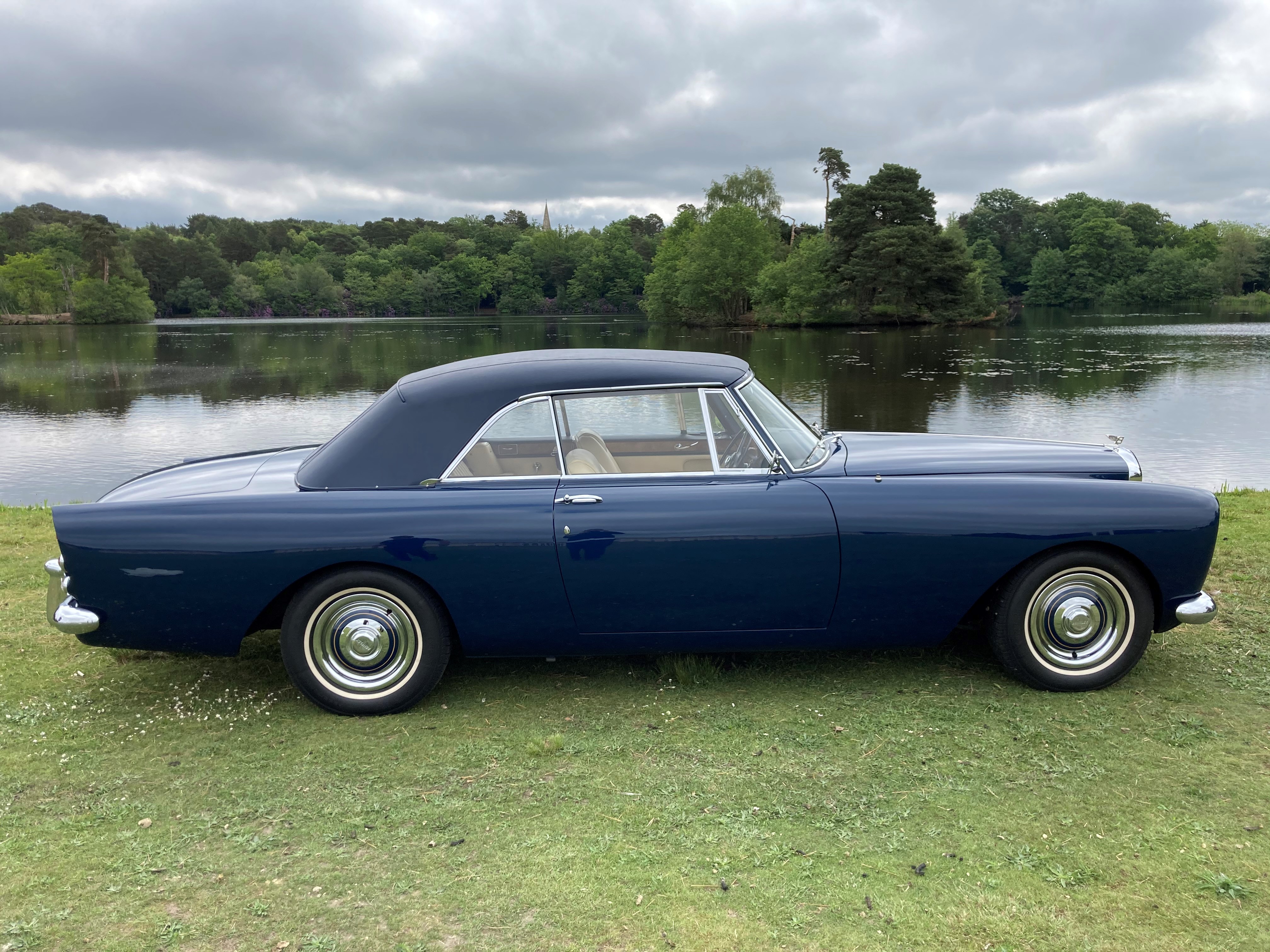 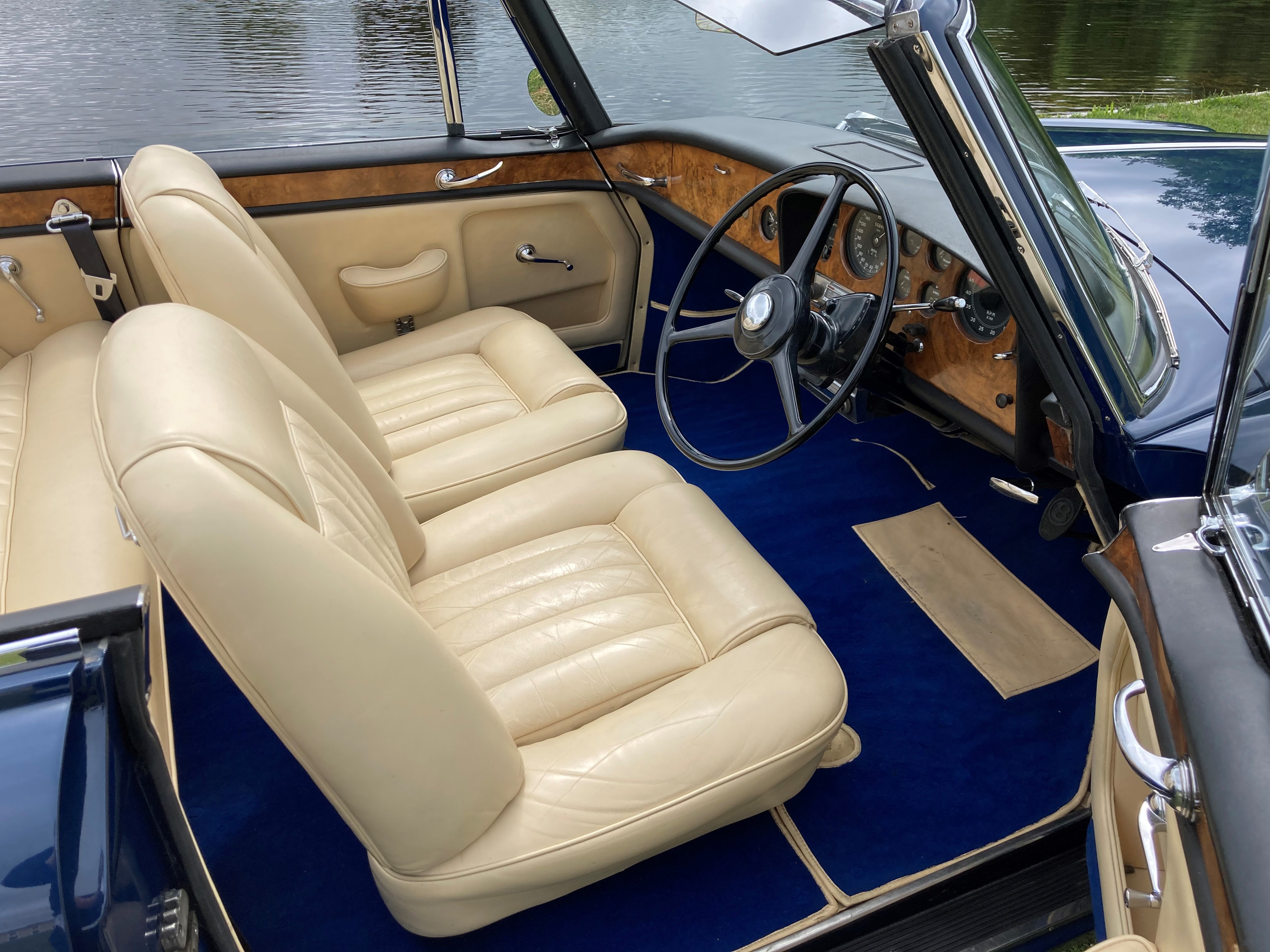 Chassis No BC6CZ is one of sixty cars built in right hand drive to Design No 991 by Park Ward. It was originally completed in July of 1961, finished in valentines blue (M3 23782) with an off white (VM 3323) leather interior and a blue everflex hood. It was supplied by R.S. Mead Ltd of Maidenhead to Mr G Trapani also of Maidenhead in Berkshire. During the 1960s the car changed hands several times, being purchased by the following owners; Mr Bird of Warwickshire (September 1962) Mr J.W.Hartley of Birmingham (February 1963) Mr R Harrison of Staffordshire (December 1964) and Mr R Commery of London (April 1966) In March of 1968 Chassis No BC6CZ found its way to its most famous owner, Mr Ron Moody who is best known for his Oscar nominated performance as Fagin in the musical film Oliver which was released in 1968. Although the Oscar eluded him Mr Moody won several major awards for his work in front of the camera and on stage, including a Golden Globe and the World Theatre Award in 1984 for his performance on Broadway in another production of Oliver. Mr Moody kept the car for forty six years until 2014 and during his ownership BC6CZ was maintained by numerous Bentley specialists in the London area as documented in the cars extensive history file. The current owner began improving the car in 2014 following several years of limited use by Mr Moody. The mechanical works in recent years include but are not limited to the brakes being rebuilt, overhauling the fuel system including the carburettors, a new exhaust system, overhauling the power steering, a new propshaft, restoration of the radiator and overhauling the heating system, restored rear springs as well as general servicing and maintenance. The cosmetics have also been hugely improved with the car benefitting from coachwork structural repairs and a bare metal re-paint in the cars original colour as well as restoration to the chrome. The power hood was also recently retrimmed in blue everflex as per the original specification from 1961. The finished car presents and drives beautifully following these works and is complete with two large binders covering the history, one dedicated to the cars life up until 2014 and one covering the significant improvements over the past few years with invoices and photographs documenting the process. Chassis No BC6CZ comes complete with its original handbook and a wonderful back story having been owned and cherished by Mr Fagin himself for so many years.