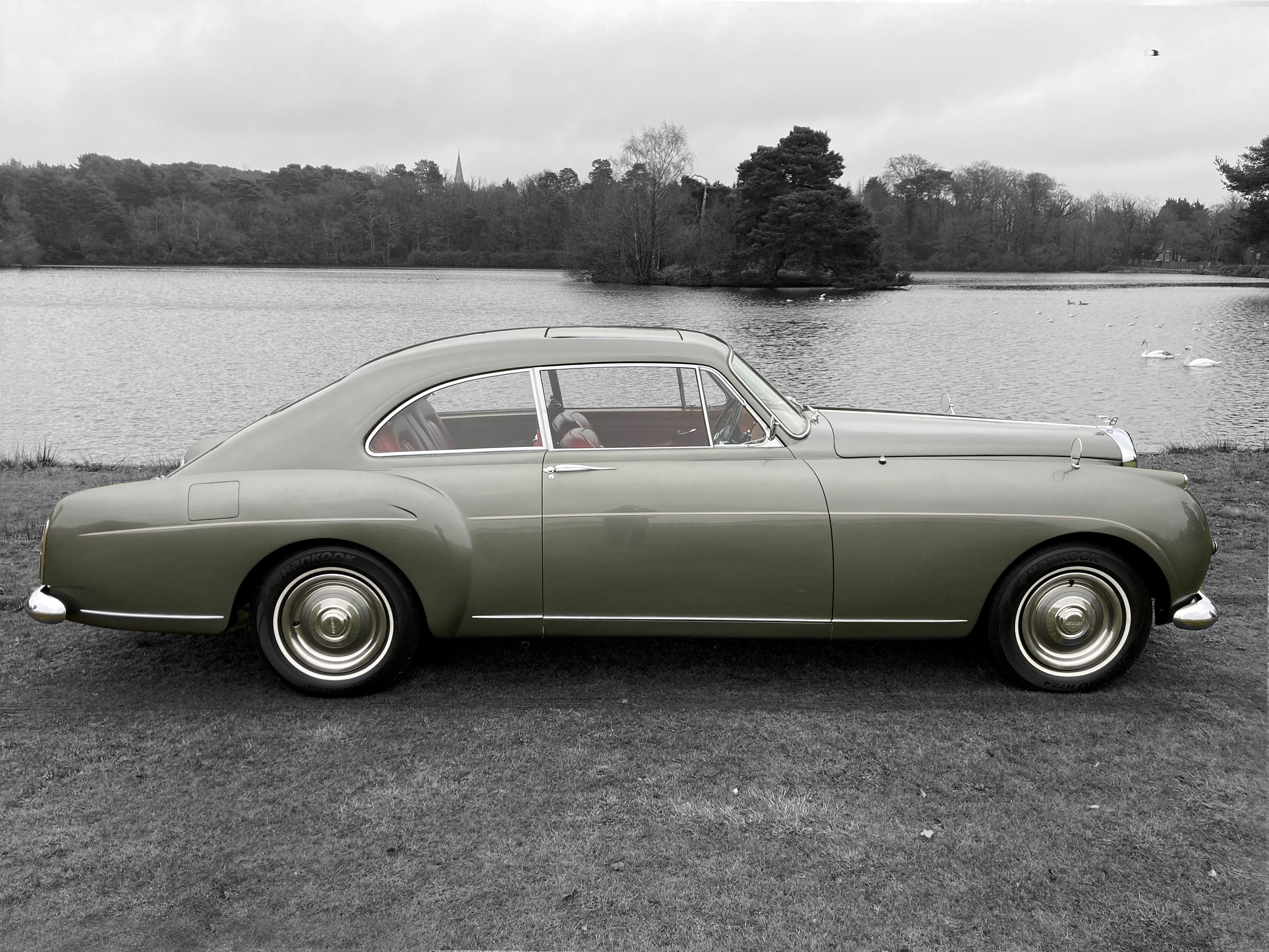 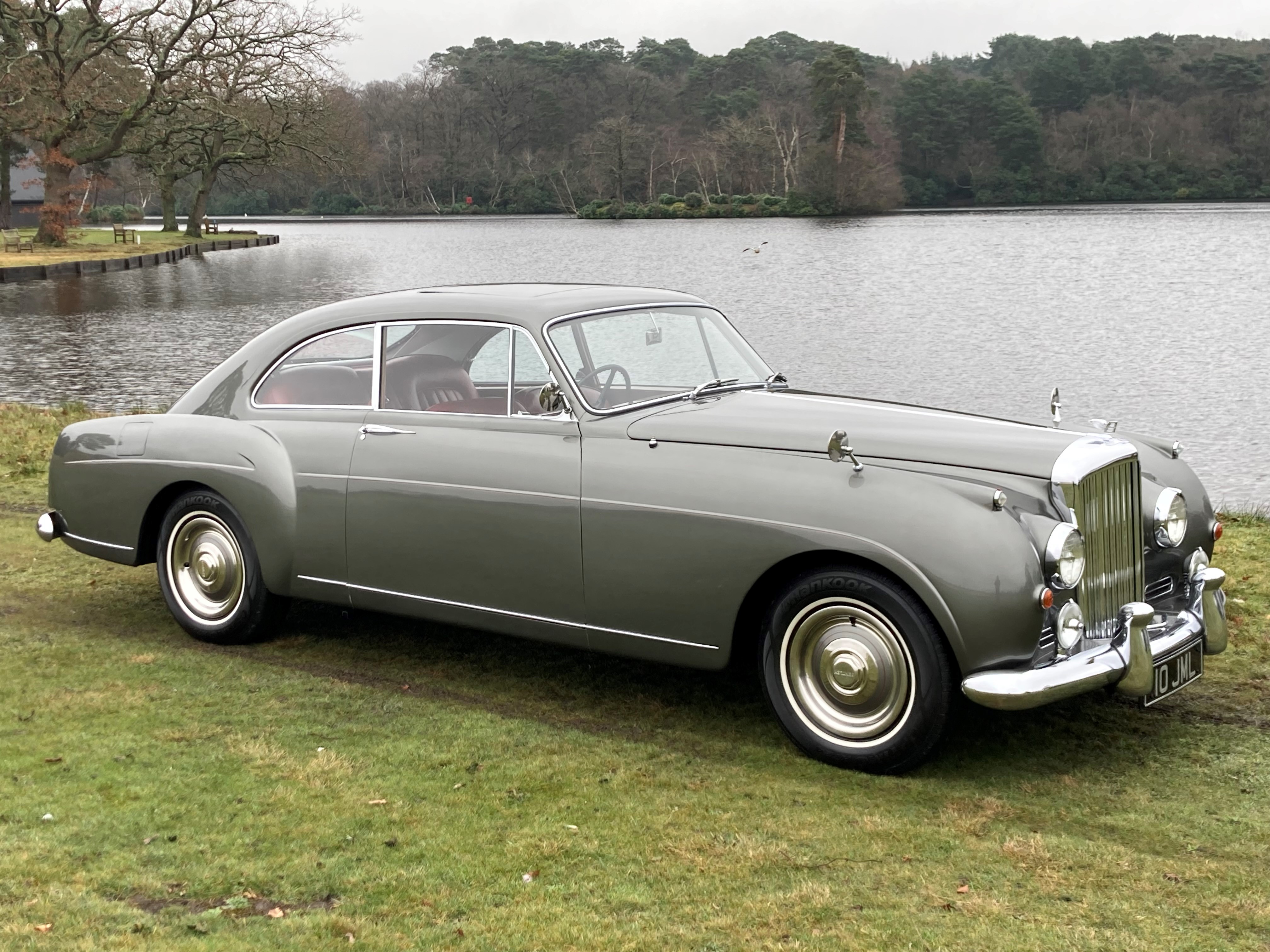 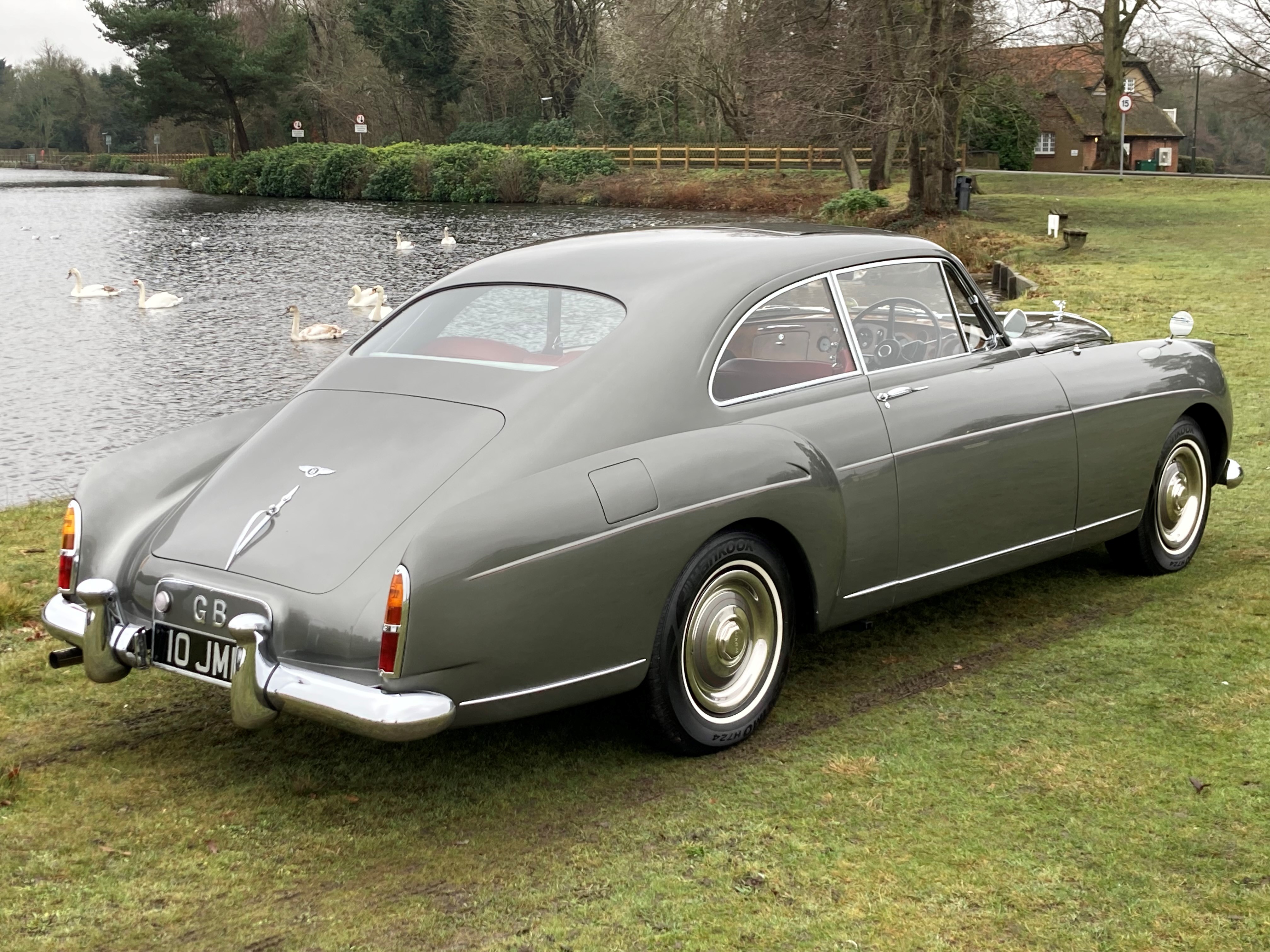 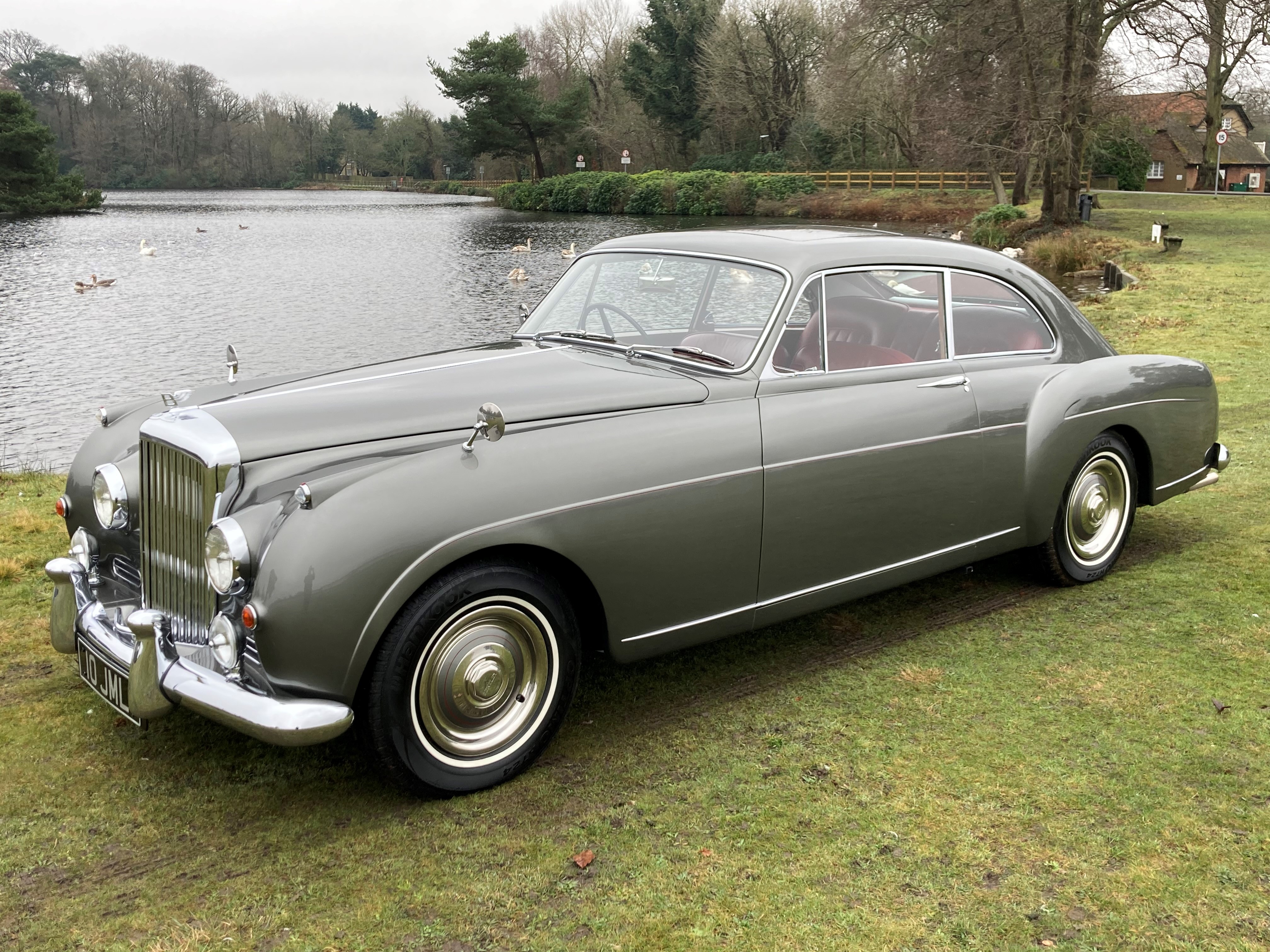 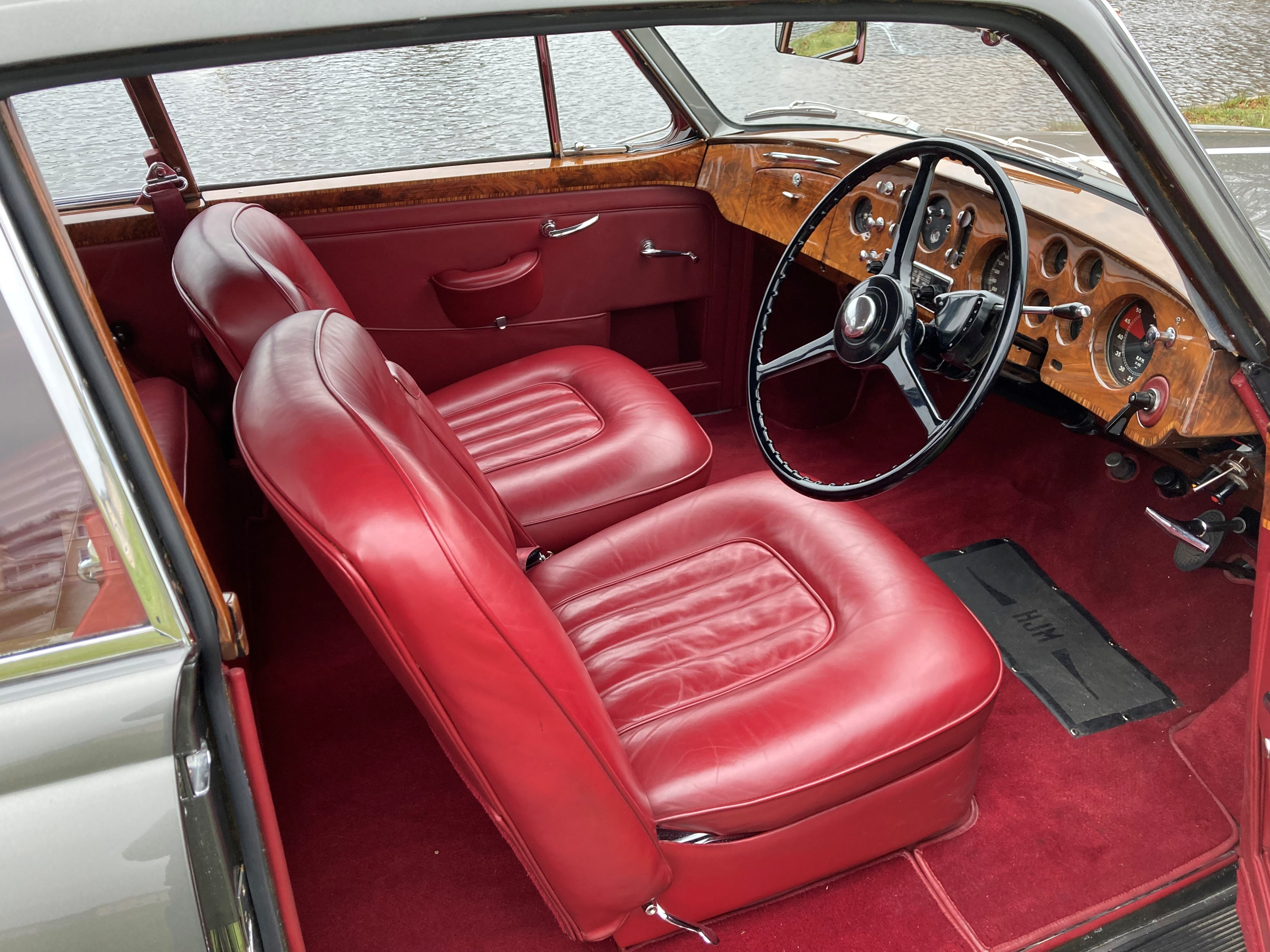 The success of the R Type Continental between 1952 and 1955 lead to the creation of the S1 Continental chassis, which was released in April of 1955. For the first time Bentley enthusiasts had a greater choice of coachwork designs to choose from with H.J.Mulliner and Park Ward responsible for bodying the majority of the four hundred and thirty-one S1 Continentals produced. One of the most popular designs was the fastback coachwork by H.J.Mulliner, built to Design No 7400. It was modified to fit the 3-inch longer S1 Continental chassis and in styling terms was adapted further from the R Type Continental with a raised front wing line and less bulbous rear wings with a higher line which were finished with stylish new swage lines. Chassis number BC28BG, which we are currently offering for sale is one of just ninety seven right hand drive all aluminium bodied S1 Continental Fastback’s built to Design No 7400 by H.J.Mulliner between 1955 and 1959.

It was originally completed in September of 1956, finished in two tone grey with a red leather interior. It was built by H.J.Mulliner as their “trials car” as so stated in a letter from Mr Arthur Johnstone to a later owner. In the mid 1950’s Mr Johnstone was the managing director of H.J.Mulliner who disclosed that Chassis No BC28BG was built to be used by him and his father as their personal car, demonstrating the quality of the works H.J.Mulliner were capable of. It was registered with the number 10 JML at this time, which it still retains today some sixty-six years later. The hand written works lists on this car by the team at H.J.Mulliner in 1956 are extensive to say the least, noting the cars original specification in great detail.

In April of 1957 Chassis No BC28BG was supplied by Jack Barclay Ltd to its first private owner, Mr D.N.Letts of Sussex who retained the car until May of 1961 when it was sold to Samuel Jones & Co Ltd of London. It then changed hands three further times between 1968 and 1979 until it was acquired by Mr David Rolfe of London. Mr Rolfe who was a regional chairman of the Bentley Drivers Club kept the car until 2008 when it changed hands and became part of a small but high-quality collection of post war Bentley Continentals. It was subsequently prepared and then shipped to Australia to take part in a rally through the outback during 2010. Following its successful completion, the car returned to the UK and was left in its original cosmetic condition until 2017 when it was re-painted in tudor grey, re-trimmed as per the original specification in red leather and generally restored back to showroom condition. The colour combination and overall condition of this car is superb.