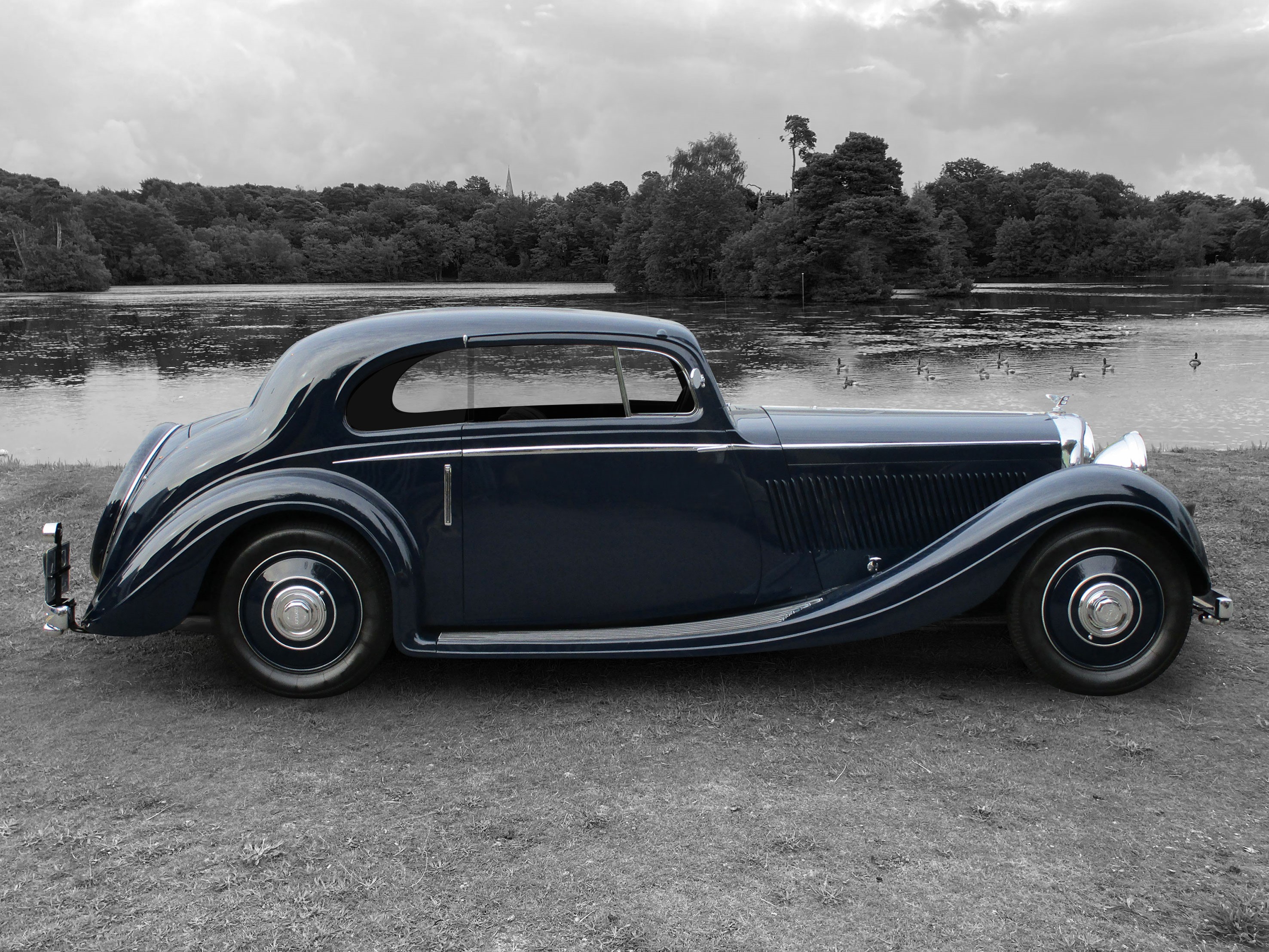 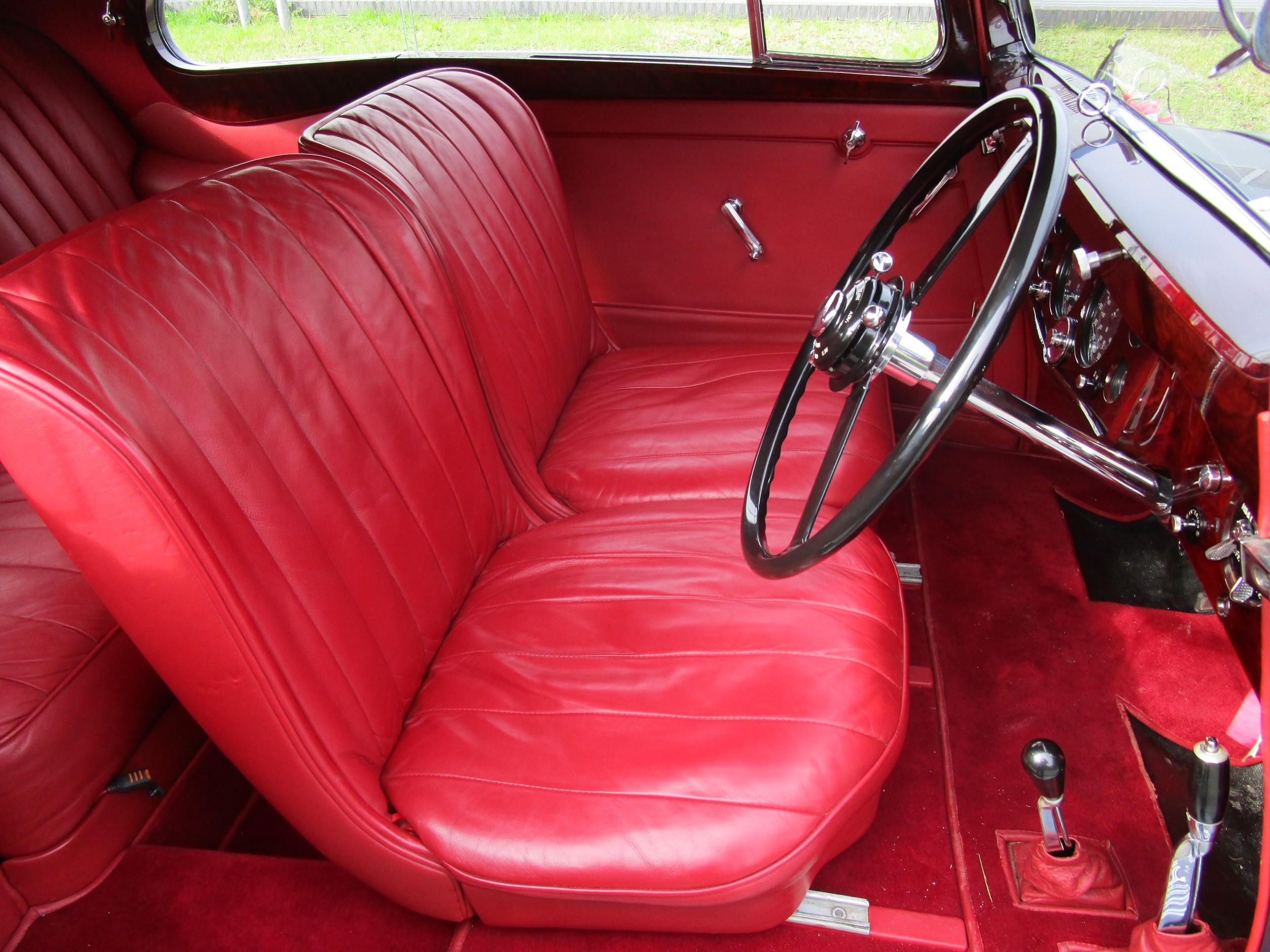 During the late 1920s and early 1930s Bentley ran into grave financial trouble and by 1931 Rolls-Royce had stepped in and bought the assets and goodwill of the defunct company and formed a new one, Bentley Motors (1931)Ltd. Rolls-Royce had considered the Bentley marque to be a growing threat to their future success, but following their purchase decided to continue the Bentley name, albeit under their own stewardship, taking the company in an entirely new direction with the creation of the Silent Sports Car or Derby Bentley. In 1933 the new Bentley 3.5 Litre model was released and was an instant success. The combination of effortless power and style met with almost universal praise. It was powered by a developed twin carburettor version of Rolls-Royces own 20/25 model and was installed in a low 126 inch wheel base chassis that basically remained unaltered until the cessation of production in1939 due to the outbreak of hostilities. Synchromesh was present on third and fourth gears and the Derbys were fitted with a cross flow cylinder head and superb servo assisted brakes, encapsulating all of the perfection of Rolls-Royce engineering in this small sporting Bentley. Fitting of individual coachwork by approved body builders continued in true Rolls-Royce fashion giving potential buyers a great deal of choice in the look of their new motor car.

Chassis No B196FB was originally completed in February of1936, making it one of the last 3 ½ Litres built. It was one of just three 3 ½Litre chassis fitted with curvilinear coupe coachwork by Gurney Nutting and was supplied new to A.P.Strohmenger by Jack Barclay Ltd. During the mid 1980’sChassis No B196FB was extensively restored to concours condition by P&A Wood for the then owner Mr R. Martin of the USA. The restoration was carried out on a no expense spared basis and duly resulted in the car winning Best Derby at the BDC Kensington Palace Gardens Concours in 1988. The car has subsequently been maintained and worked on by P&A Wood at regular intervals since the restoration was completed and still presents beautifully. The boot contains both fitted luggage and a complete tool set stowed in a drop down tray. The car is complete with an original handbook and an extensive history file with copy chassis cards, photographs and numerous invoices detailing the restoration and subsequent works since. A superb motor car in every respect.